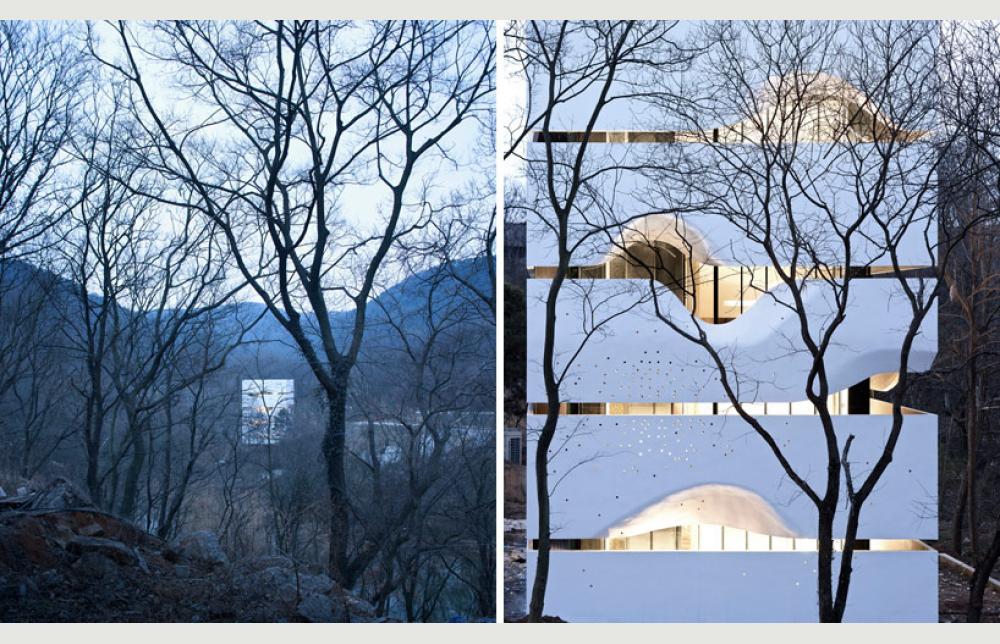 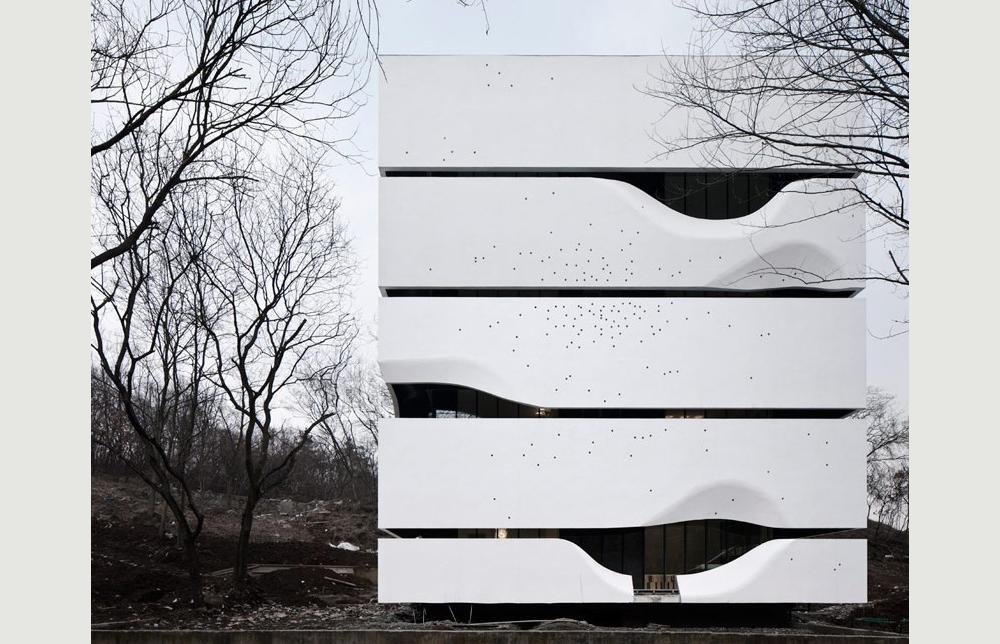 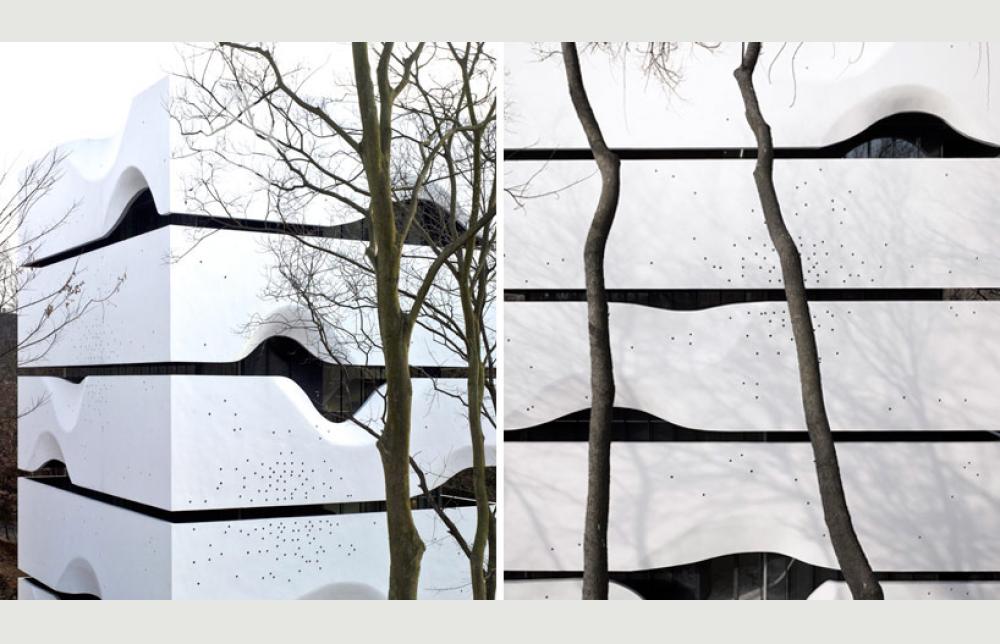 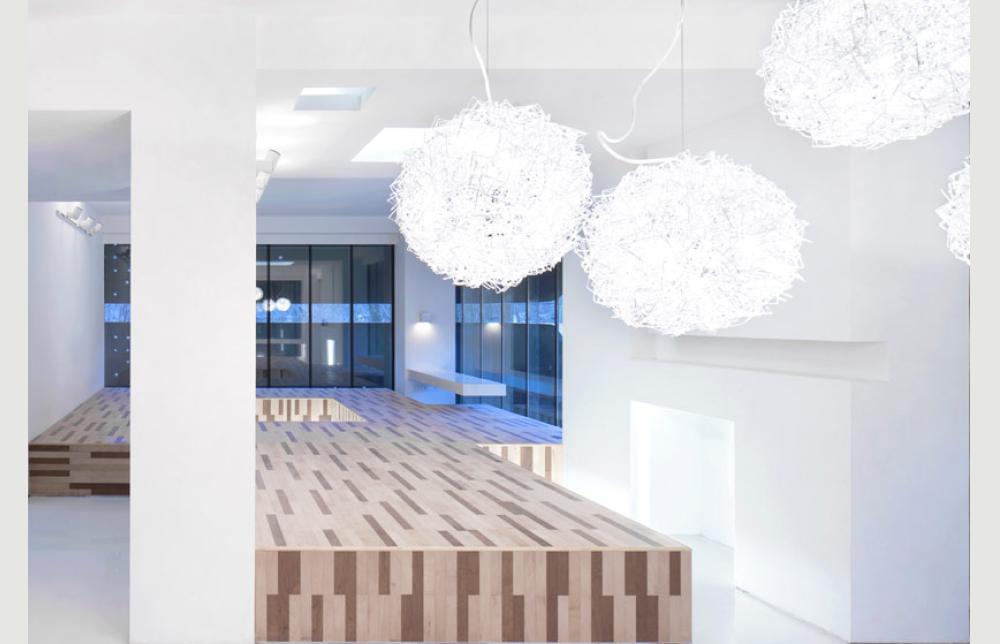 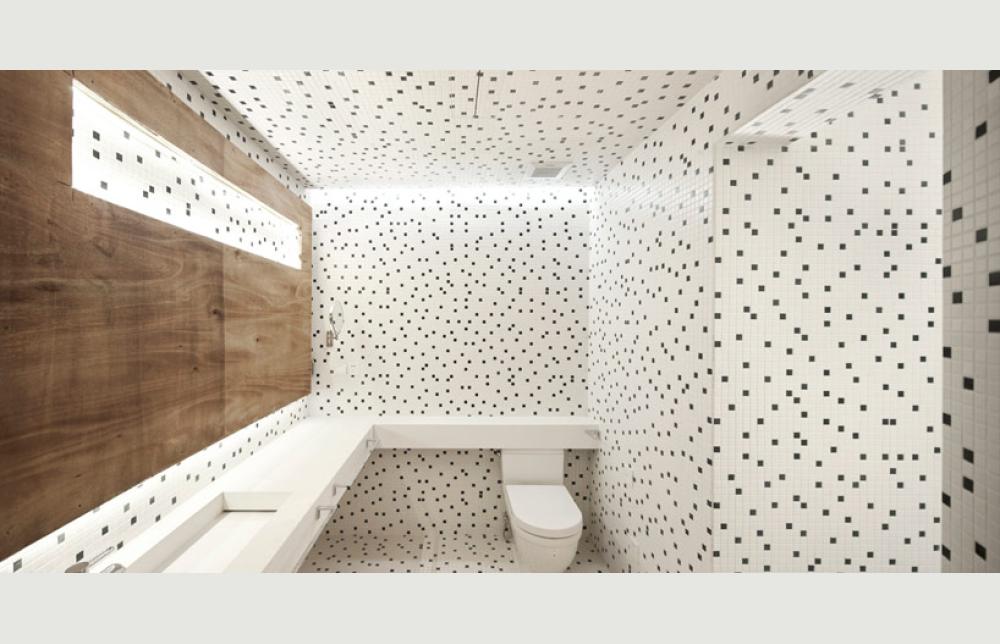 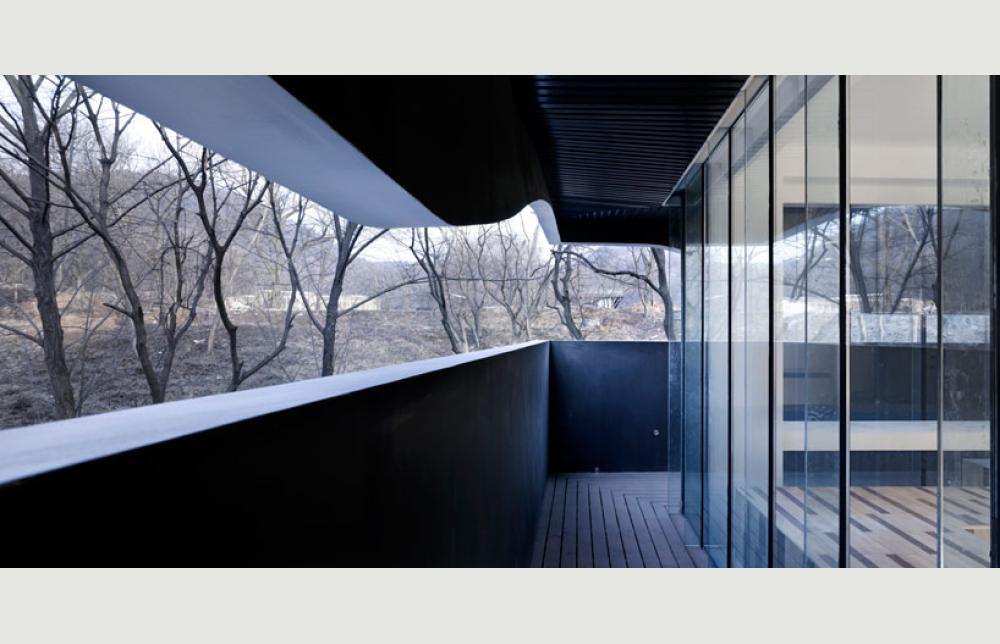 Among the lush greenery of the laoshan forest in the eastern chinese city of nanjing is an architectural complex that brought together twenty-four designers to manifest ideas about built space. among those twenty small homes is the ‘no.4 block house’ by local firm AZL architecture, the five bedroom dwelling channels the formal spirit of the pagoda with four cubic floors tacked vertically. the spatial organization allows for minimal excavation of the valley site while making for optimal synthesis of the roofline with the horizons of the landscape.

With the bucolic environment swathes the home, the architecture simultaneously creates a visual break from the textured vegetation with curved concrete planes that lift and reveal open hallways and ample glazing. the understated facade geometry also helps reframe views more dynamic than simple horizontal breaks, while alluding to the chinese landscape scrolls through its curved apertures as well as the quiet contemplation inherent in a chinese garden. the roof itself is fitted with a dark wooden deck, thereby using program and sight-lines to invite the surrounding greenery and nearby stream into the home.