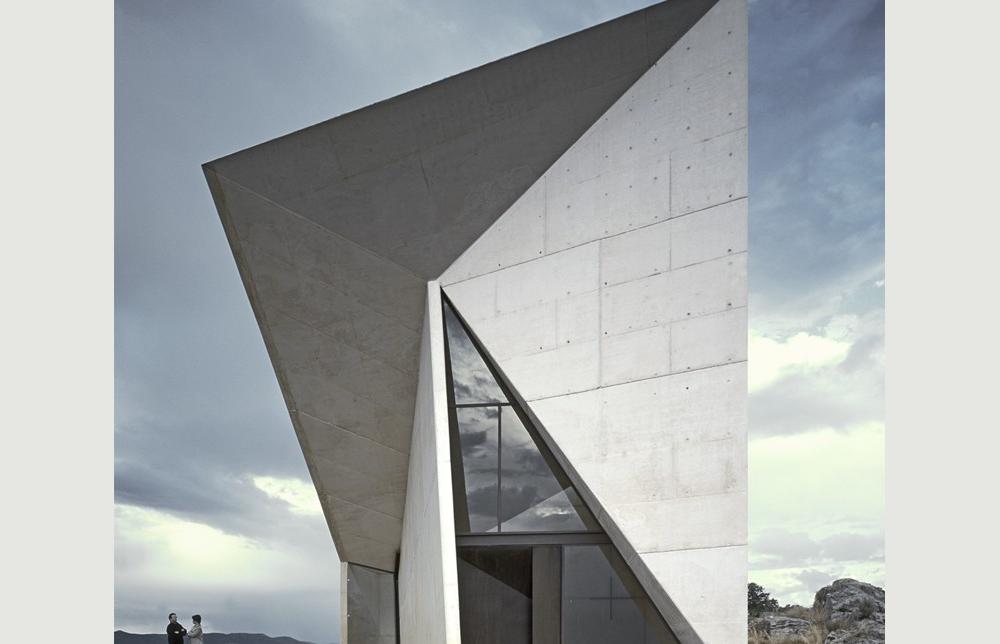 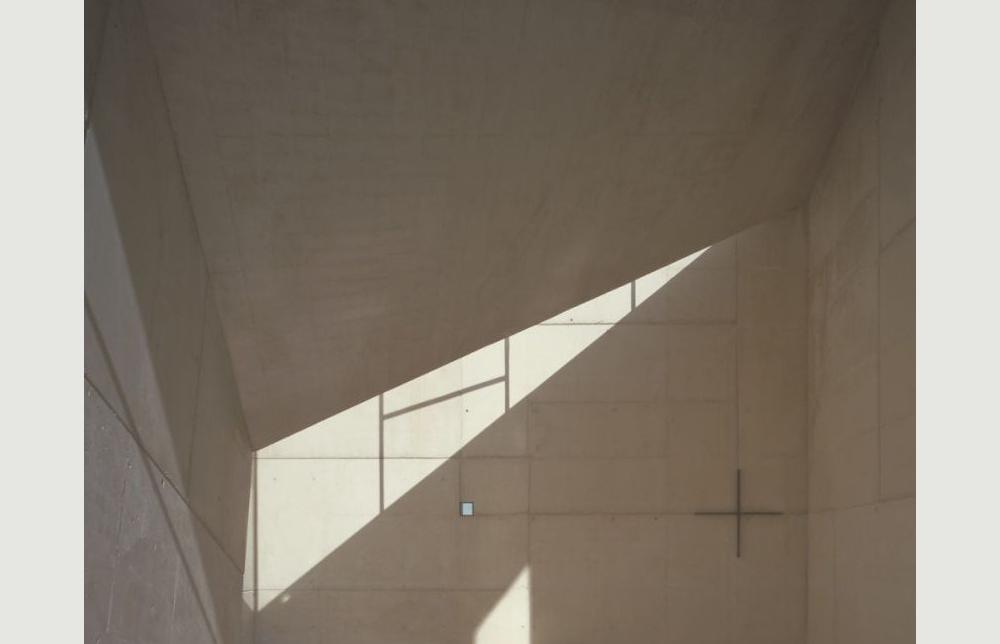 The idea of situating and relating a series of objects in the landscape- Dwelling, Chapel, Hunting pavilion and Guard´s residence- gave the project a dual significance: in addition to the close relationship between landscape, objects and itinerary –between space and objects-, each item had to provide a different responsewith different emphasis, from the most symbolic to the most silent or private. The unifying thread was to be the concept of the fold: the fold as a hidden generator of different spaces.
The Chapel is developed around the study and manipulation of a focally tensed “box-fold”.
It is set at the top of a slight rights, making it the reference point in the landscape seen from the property entrance 2 Km away at a low point, as well as in different visions from the entire itinerary.
The Chapel has a naked design and lacks artificial lighting. The exterior-interior spatial relationship determines its focus, its meaning. Only a cross and an image at the focal point underscore the symbolic aspects of the project.
The proposed fold in the box, the corbusian “boîte”, gives rise to a single material: golden concrete that captures all the nuances demanded of the volume, from the trapped direct light that bursts in like an additional plane in the spatial composition, to the transmission of the unstable, coloured smell of dawn. Light thus takes on the role of a second material in the Chapel – a material that contrasts with the concrete – fragile, changing, mobile, unstable; dominating or vanishing.