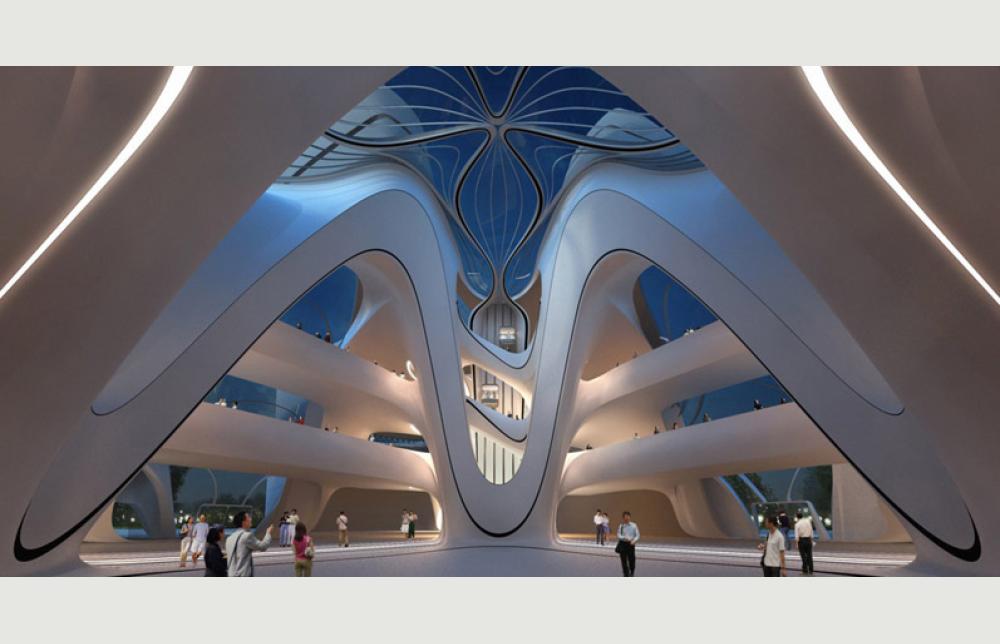 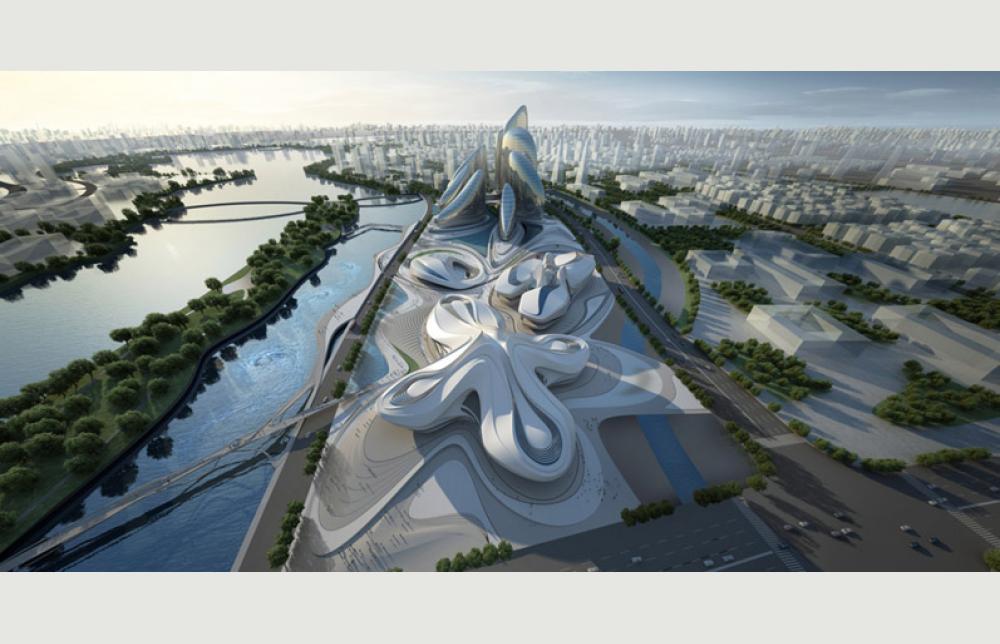 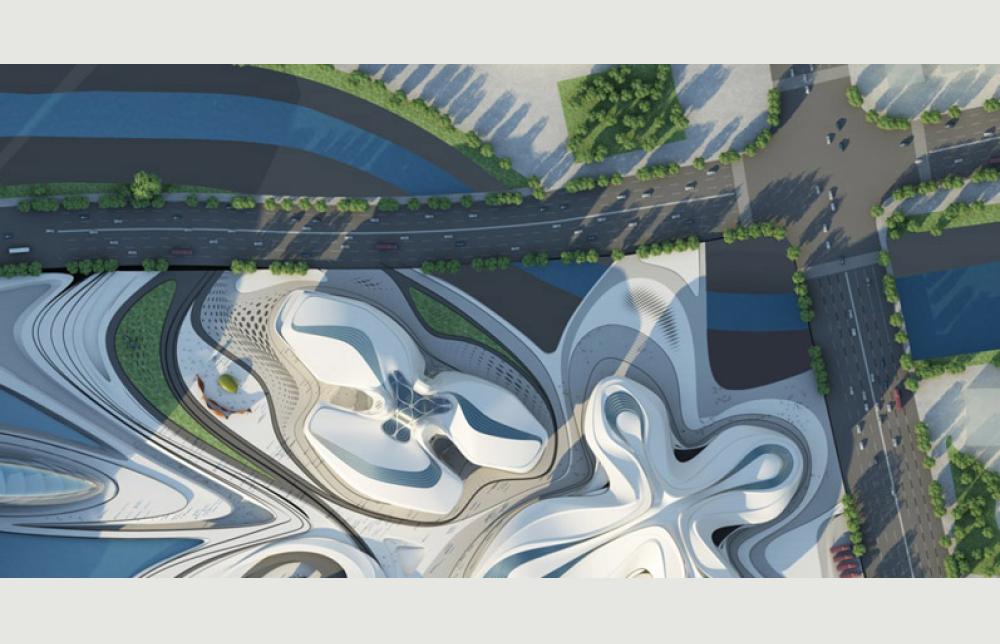 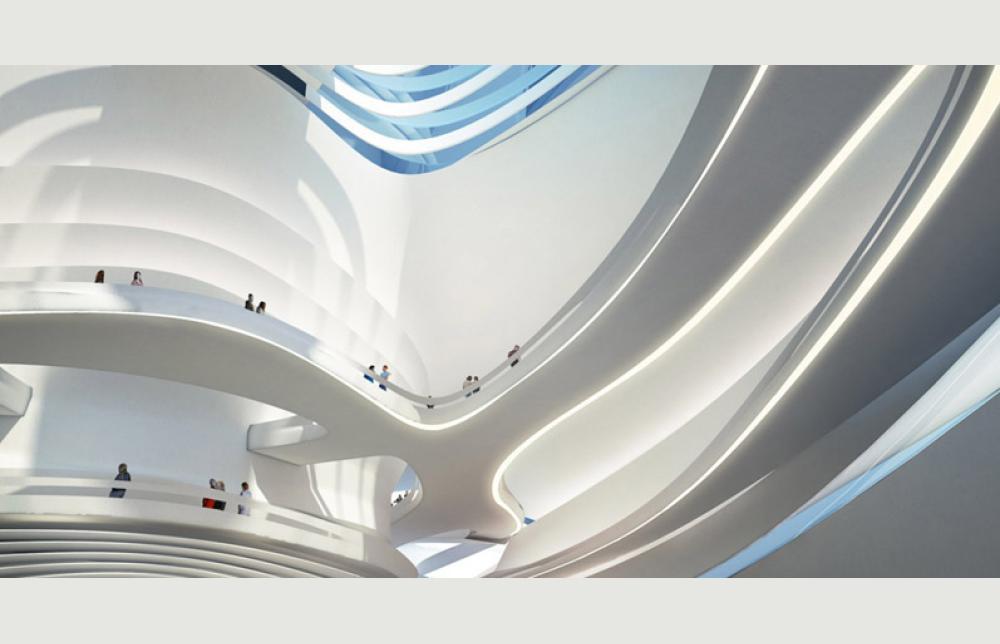 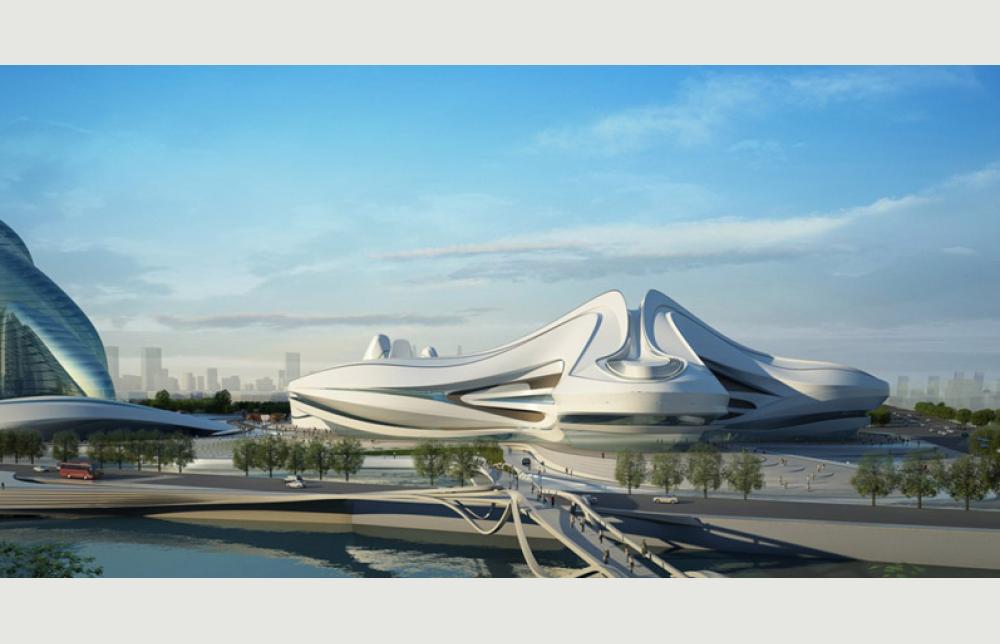 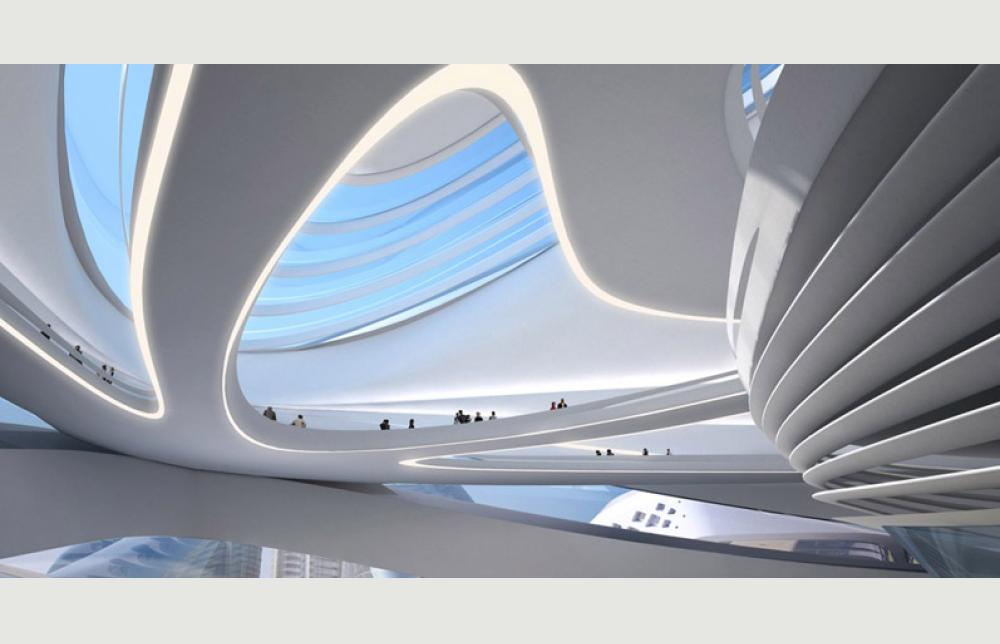 The capital of the south central Chinese province of hunan is in the midst of incredible population growth and rapid urban development. At the center of a stimulus worth 130 billion USD is the idyllic Meixihu Lake, now primed for an ambitious set of cultural projects. Zaha Hadid’s winning design for the ‘Changsha Meixihu International Culture and Art Center’ broke ground in October after distinguishing itself as a composition of serpentine curves forming a complex that contains a contemporary art museum, a multipurpose hall, a hotel, and various ancillary facilities. The central plaza emphasizes the pedestrian urban experience by helping to create incidental meeting areas and generating cultural capital in form of a sculpture garden and expansive exhibition space. Views of the lake are framed by the museum’s three-petal form, unfurling around a central atrium. Outward views are afforded by ribbons of glazing and balconies that serve the dual purpose of admitting daylight into the galleries. The multipurpose hall is a pointedly variable space, with public access to retail areas and restaurants nestled in a sunken courtyard. The focal point of the plan comes by way of the grand theater, slated to be the largest performance venue in the city with an 1800 seat capacity. New Zealand-based acoustic engineers at Marshall Day won a December bid to optimize sound performance in the central auditorium. The three major programs,while discrete buildings, are linked by sinuous passageways, curved white planes and an architecture of baroque intonations.