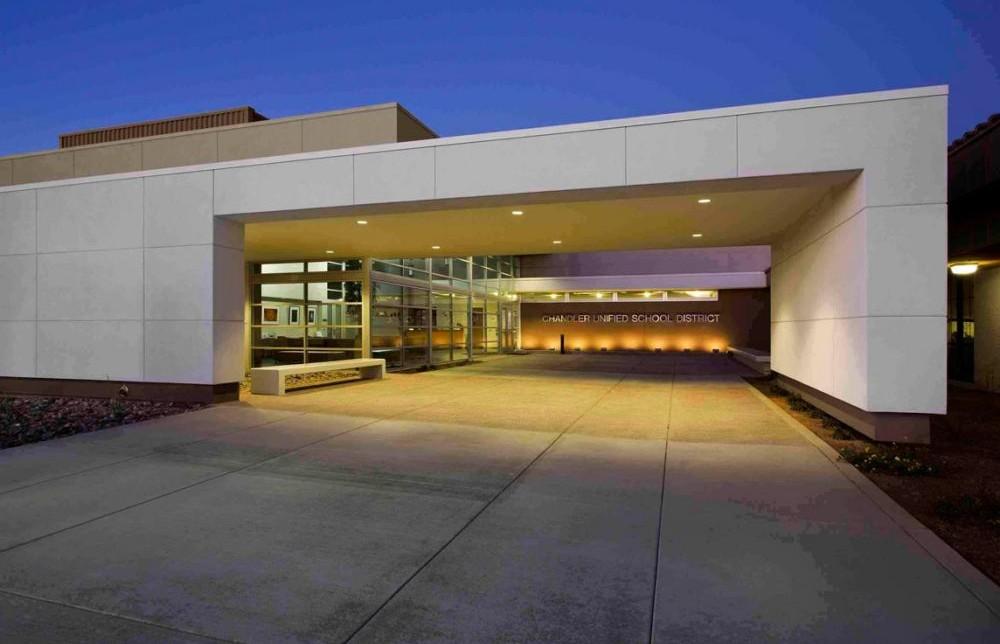 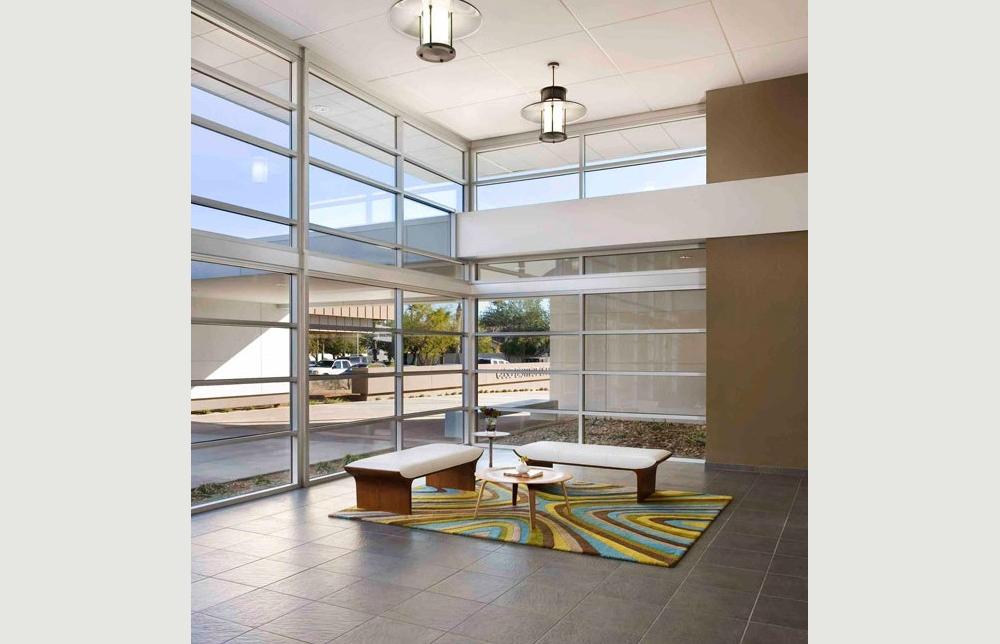 In order to unite two existing buildings that were separated by a parking lot, this project was conceived of as a connecting element. This was achieved through finding sequences and patterns in the existing and applying them to the new whole. Taking cues from a courtyard of the primary existing building, the addition in connection with the two creates a sequence of spaces based on mass and void, both interior and exterior.

A single point of entry to the complex is created where the addition meets the existing north building. This begins with a new entry courtyard where visitors are greeted by a series of landscaped areas. To connect the addition to the south building, another courtyard was created between it and the addition for staff use.

This sequence of courtyards was applied to the interior of the new space as well. The 12,000 square foot addition itself was conceived of as a solid mass that was pulled apart to reveal the space within. Drawing from an image of the Arizona landscape, the addition provides protection from the east and west sun while still providing plenty of natural light to the interior spaces. The high main space is punctuated with private offices and necessary uses to create light-filled open office spaces and conference areas courtyards within.