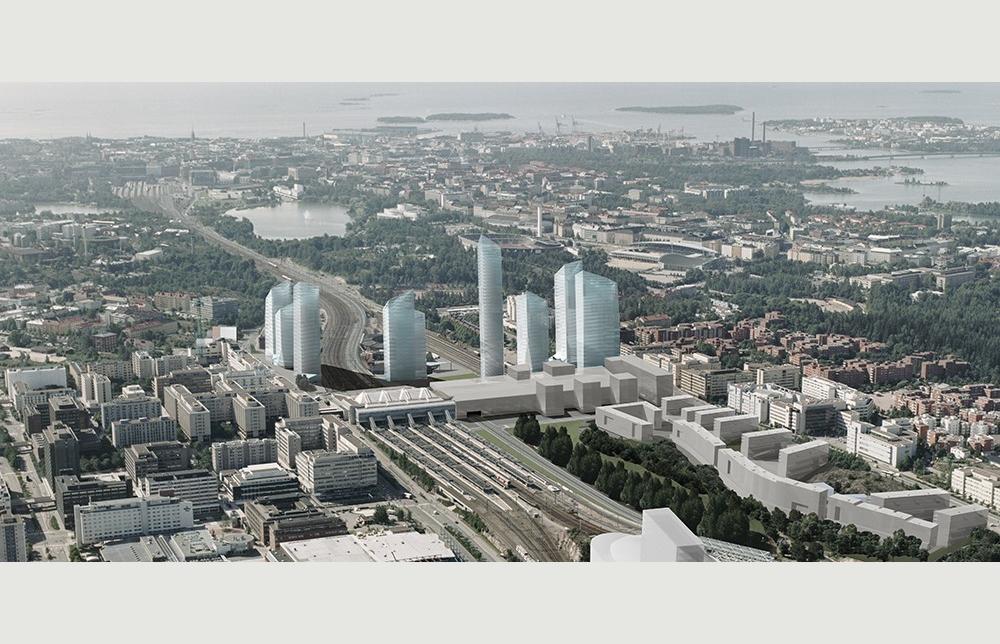 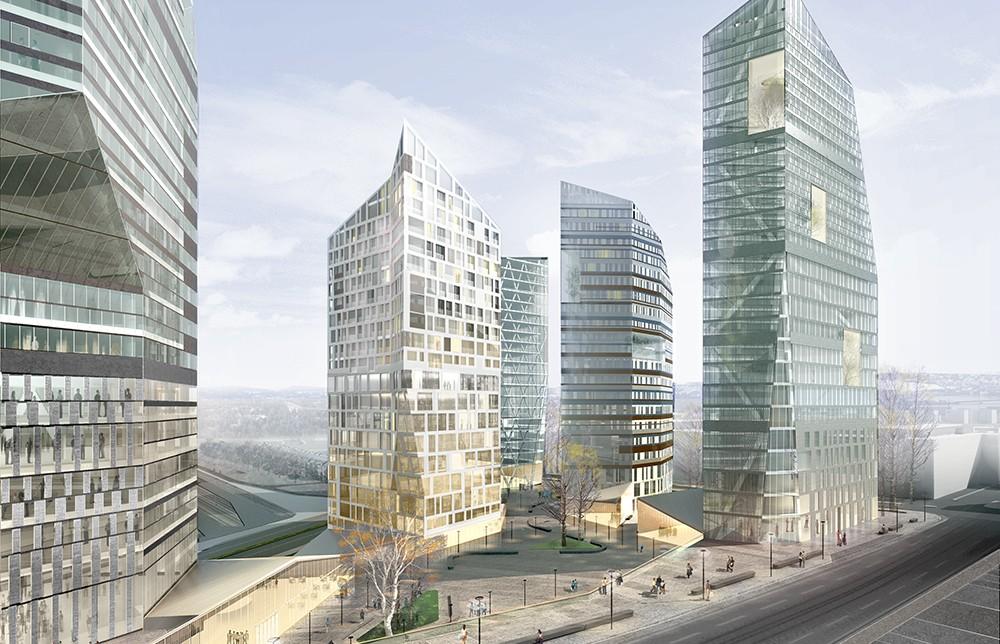 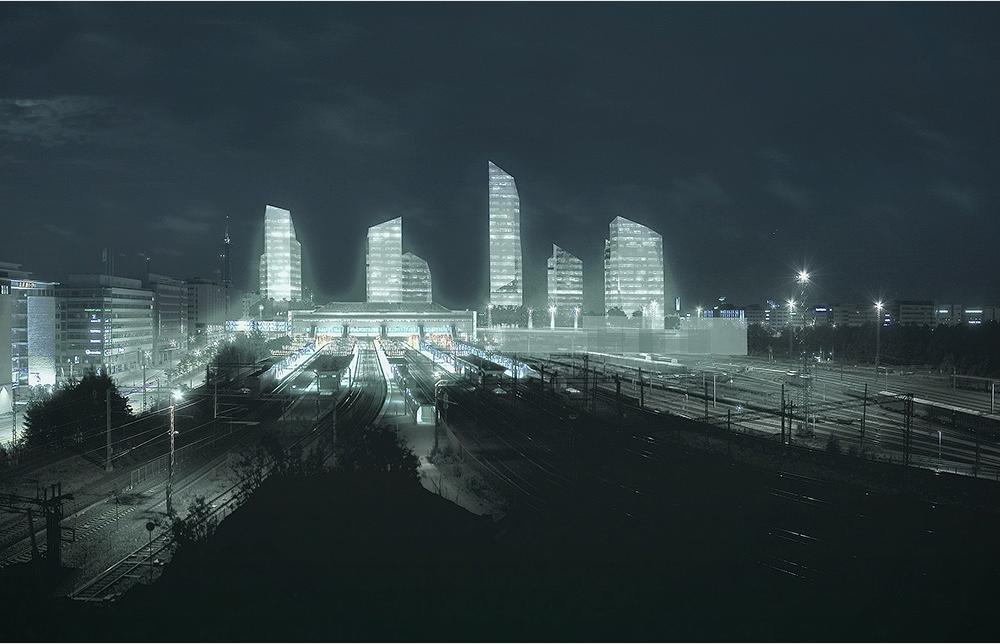 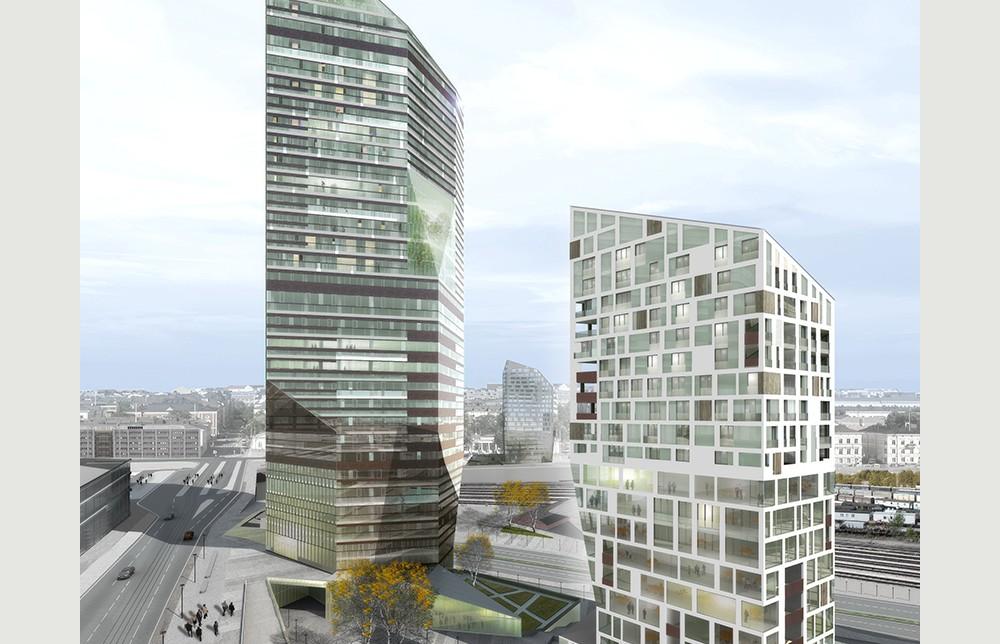 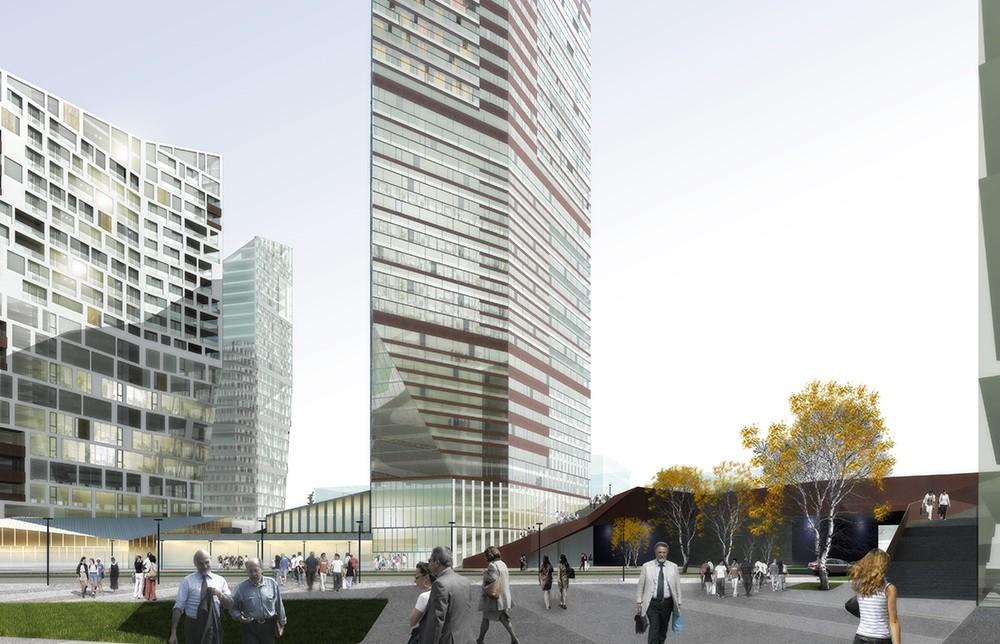 The station of Pasila is located a few kilometres from the city centre, in a point that is very accessible to both rail and road transport, which will be supplemented by a new metropolitan line in a few years. Espousing principles of high environmental sustainability and reduction of the traffic generated by urban sprawl, the City of Helsinki has decided to build a nucleus characterized by high urban density and a mixture of functions (services, shops, offices and dwellings) near the public transport node. Previously Cino Zucchi Architetti had already prepared a general master plan in 2004 on behalf of the city for the Pasila railway station area which had been restored to the city, on the basis of which a protocol of understanding for the development of this area was signed by the City of Helsinki and the State of Finland (Railway) in 2006. The work presented in 2009 corresponds to the further elaboration of a “detailed plan“ and two “sample towers“ for the area south of the existing bridge. The tissue of tower buildings envisaged by the detailed plan, around an open area of high architectural quality, is distinguished by the fact that every tower features a combination of offices on the lower floors and residences on the upper ones. Both on urban plan and architectural level the project pays considerable attention to the issue of energy saving and environmental sustainability in the new city, with the contribution of Buro Happold in relation to the latest technical innovations and materials in the area.