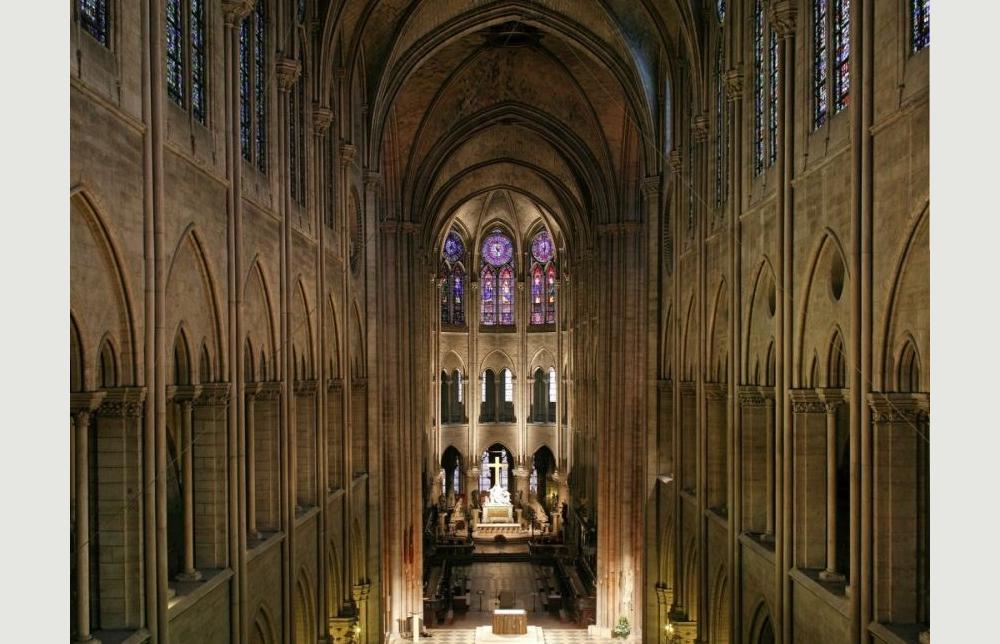 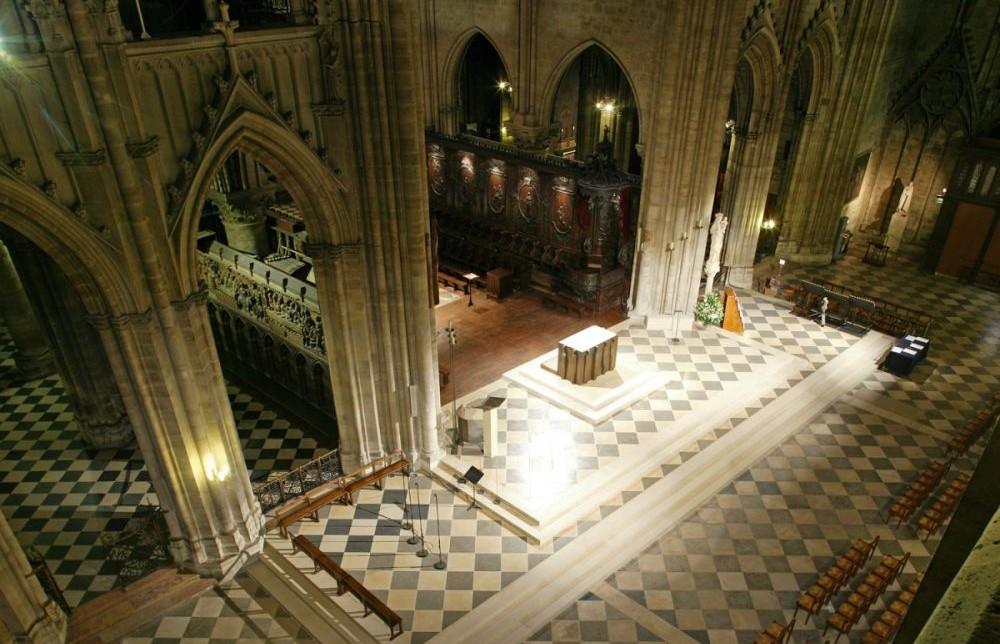 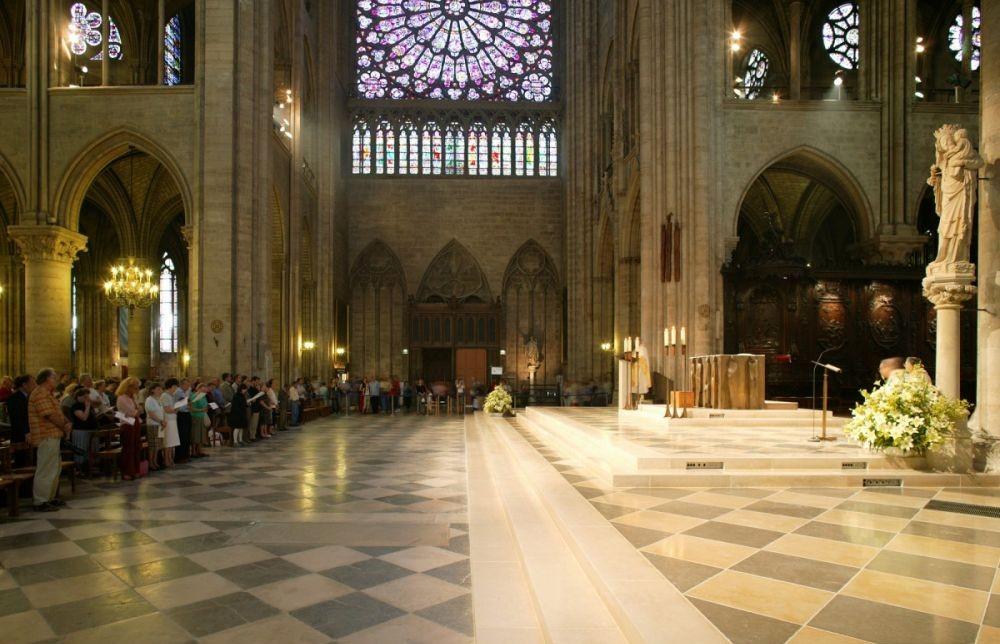 The works carried out in the 1970s on the intersection of the transept presented a large number of inconveniences, both for holding masses and controlling the flow of visitors. These problems have been eliminated by the clarity and simplicity of the new layout. The altar’s octagonal podium that had previously blocked the centre of the cathedral has been replaced by a vast liturgical platform placed along the axis of the transept in full view of the worshippers. Laid out on two levels separated by low treads, it simplifies liturgical ceremonies and defines the space reserved for those wishing to pray during the week. Completely freed from all clutter and bottlenecks, the external ambulatory now delineates the space held by the church within the cathedral. The new liturgical platform is separated into two sides: opposite the assembly of 600 believers in the nave lies the choir area reserved for weekday masses which is shut off to the rear by the sanctuary of the Blessed Sacrament.

The Episcopal chairs installed in the 19th century by Viollet-le-Duc recover their initial function by being placed on the bishop’s platform to the south and the presidency to the north. This results in all furniture being removed from the transept, revealing the previously concealed floor tiling, also designed by Viollet-le-Duc. The alter profits from this new fluidity, as does the 14th century statue of the Virgin Mary positioned against the northwest pillar. The ambo is symmetrically positioned at the foot of the northeast pillar, which appears to join sky and earth, allowing the words to float down from on high over the congregation. The result is that the cathedral’s volume is restored, both in depth and transversally, restoring an overall impression of harmony.