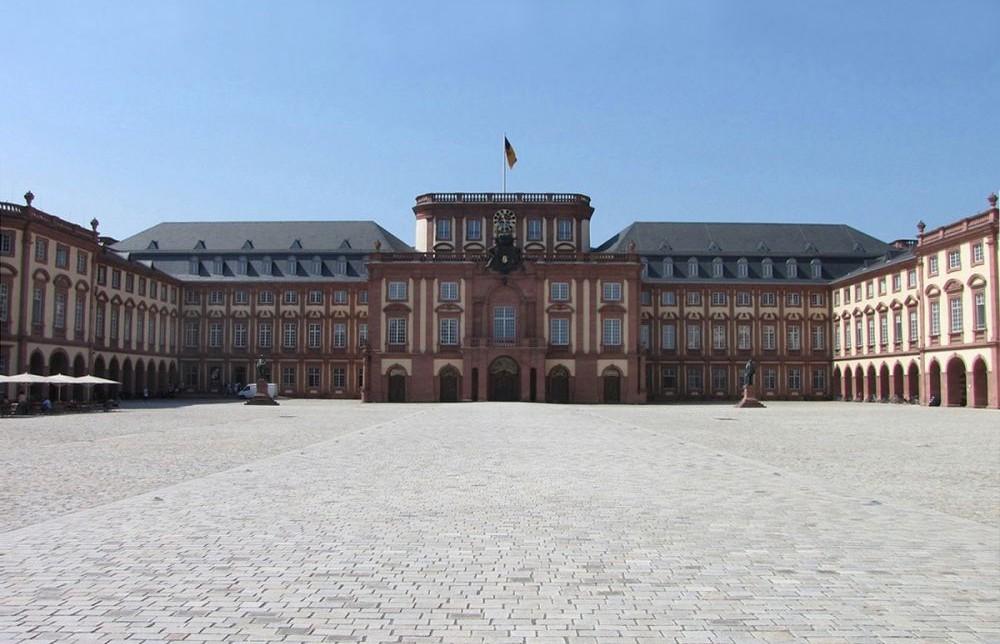 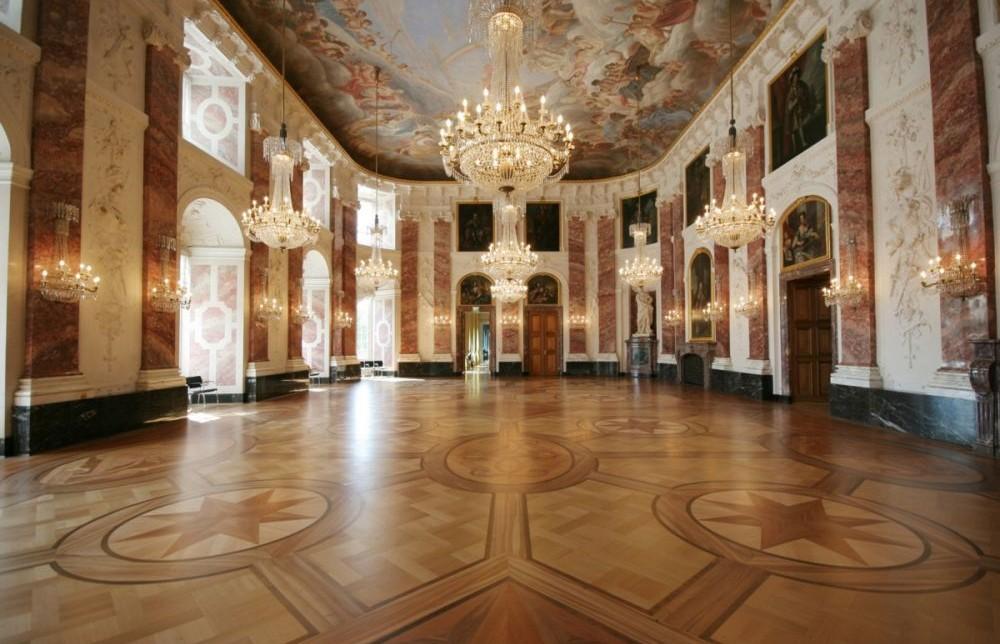 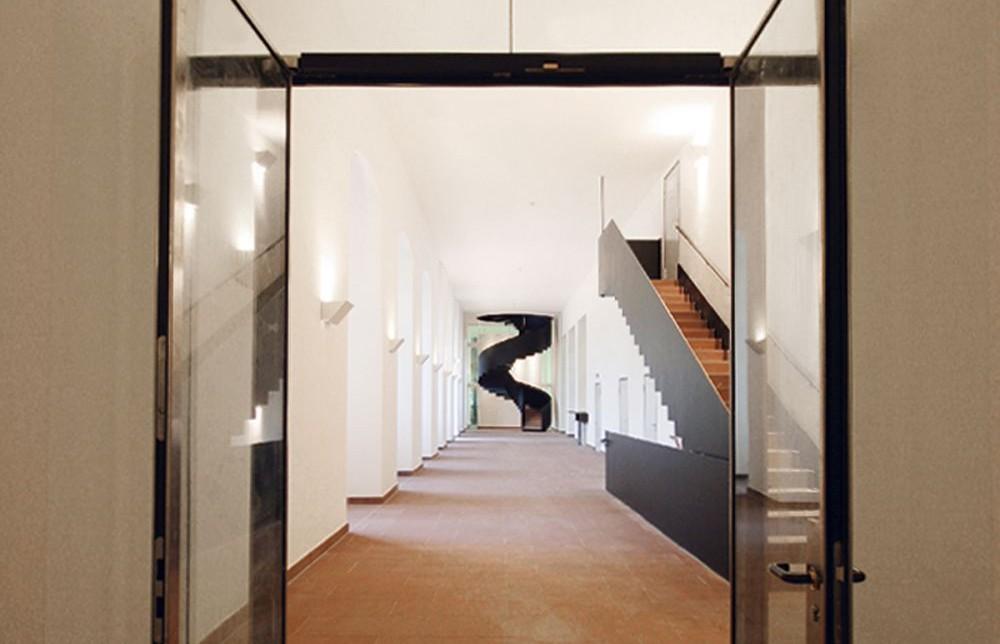 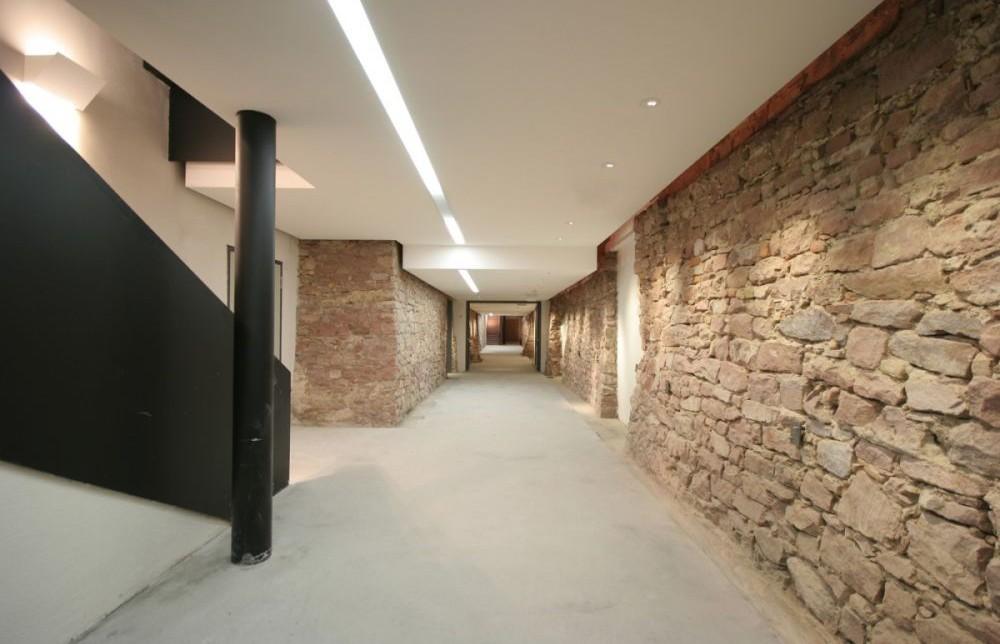 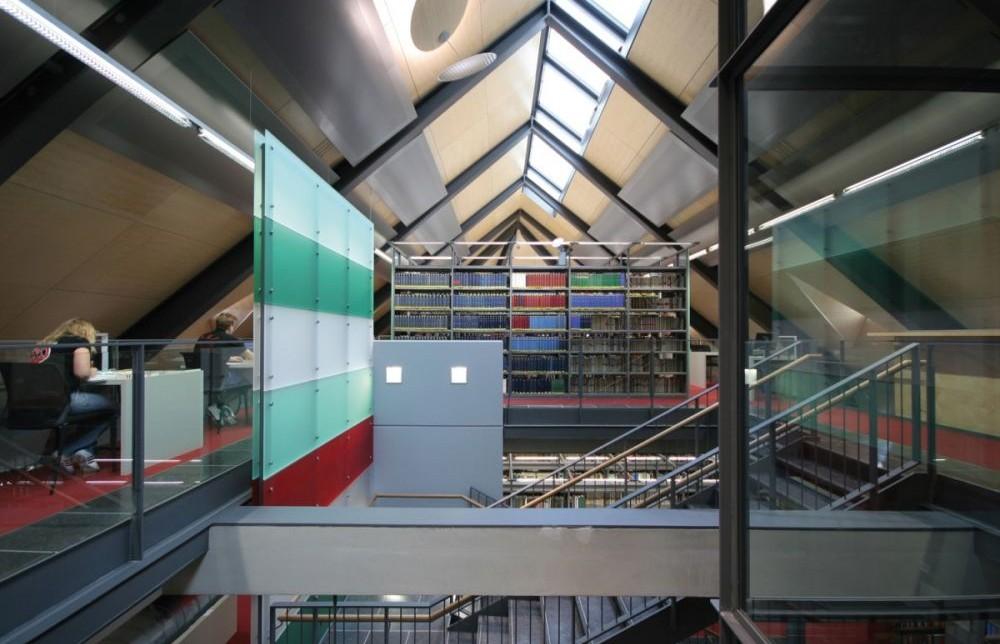 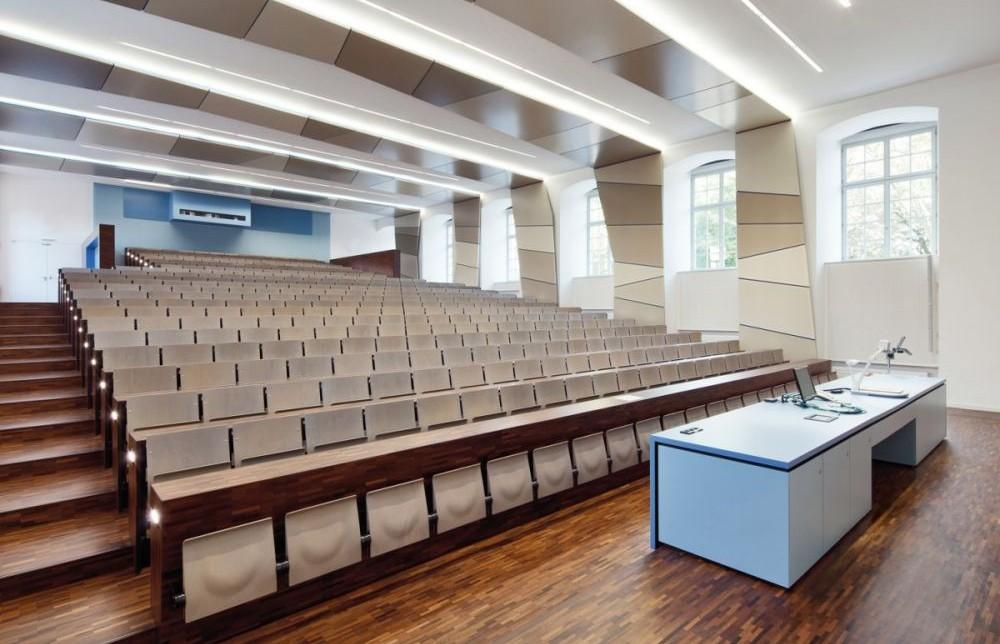 With their revitalization of the Mannheim Palace, Blocher Blocher Partners has given a prime example of how to make an historical building work for contemporary purposes. In 2001, the firm commenced its renovation of the palace, including the university premises. Through several phases, the baroque building was carefully restored to its former glory and given new accents.

The re-design and expansion of the museum, as well as the merging of the departmental libraries of the University of Mannheim, presented major challenges. For one thing, the architects were committed to respecting and preserving the authenticity of baroque architecture. But they also need to create contemporary and economical structures that could adapt to future needs. In addition, the architects aimed to strengthen the palace’s position as an historical focal point in the city. Based on an enlightened understanding of tradition, the architects developed a concept for the structure’s corps des logis – intertwining history, present and future.

The restored mansard roof returned baroque proportions to the central building. This made it possible to move the university’s scattered library collection into one central location. At the same time, this move freed up space in the ground floor and first floor, so that a coherent exhibition could be formed from the existing body of the museum, whose collection is thematically divided between decorative art and objects.

The library as well as additional rooms (including space for seminars and administrative offices) extend from the central block into the two side towers. In order to make maximal use of the ten-metre-high spaces under the mansard roofs that flank the central tower, the architects introduced two additional levels, including a gallery, above the second floor. This was done using 17-metre-long girders to distribute the weight of the library onto the outer walls.

The architects practically gutted the central tower: The temporary ceilings installed after World War II would not work with the new design. Both new floors of the central tower were suspended as free levels of the newly integrated roof construction, at a clear distance from the walls. In this way, a deliberate distance was maintained between past and present, with an emphasis on the contemporary interpretation of the space.

On the Belle Etage (1st floor), the Knight’s Hall, the adjacent Red Room and the Guards’ Room are each supplemented with three additional rooms. Thanks to the partial gutting, the original room proportions were restored and the baroque room sequence reconstructed. It is here – in rooms that now flow seamlessly into one another without hallways – that one finds the Museum for Decorative Arts: the splendour of the 18th century, in its intended setting.

Items that cannot be displayed in their original setting received a new home in the Object Museum (ground floor), which supplements the art museum. This includes the only intact room, the Cabinet Library of Elisabeth Auguste, Electress of Bavaria, which can be viewed from inside the Object Museum. Special tours of the room are also available.

Museum visitors can access the eastern wing, where they will find a spacious foyer with museum shop and cafeteria. Multi-functional rooms were created in a glassed-in, internal space. In order to ensure the museum’s smooth operation when events take place in the Knight’s Hall or Garden Room, the architects created an underground passageway that circumvents the main stairway, the Knight’s Hall and Garden Room. The deep foundations of the central structure form the outer walls of the passageway.

In 2011, with the refurbishment and redesign of the eastern part of the palace – including the east wing with its main entrance and parts of the north wing – yet another section of the so-called Schneckenhof was completed. In 2009, a basic structural and technical renovation of the entire wing of the building was launched, with barrier free entrances and extensive fire protection measures, and including a foyer, a 400-seat auditorium as well as classrooms and 50 administrative workspaces.

The centrepiece of the most recent renovation is the largest lecture hall in the palace, with the most modern media equipment and comfortable furnishings. Lighting strips on the walls and ceilings help harmonize the proportions. Bright light, warm-toned wood flooring and laminated wall panels give the room a well-structured atmosphere that is appropriate for concentrating on work. Parallel to this space, a series of additional classrooms were modernized. The upgrading of technical equipment was accompanied by the creation of clearer spatial images and surface haptics, partly accomplished in close cooperation with some of the donors in order to achieve an individual, characteristic style.

The foyer leading to the Schneckenhof wing was built in the 1950s. In this case, a discrete renovation was required, which on one hand would respect the characteristic 1950s architectural language and at the same time would meet the current needs of the university operation.

Thanks to this reconstruction work, the sprawling palace complex is now more closely bound to its urban home. With its state-of-the-art equipment and prominent location in this former palace, the university can visibly demonstrate the value of its contribution to our modern information society.