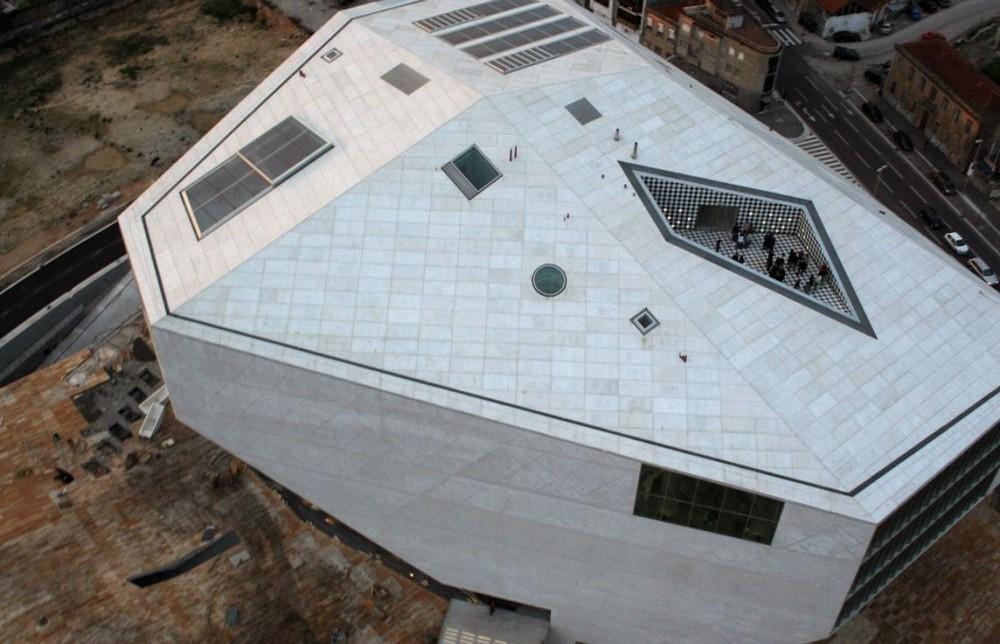 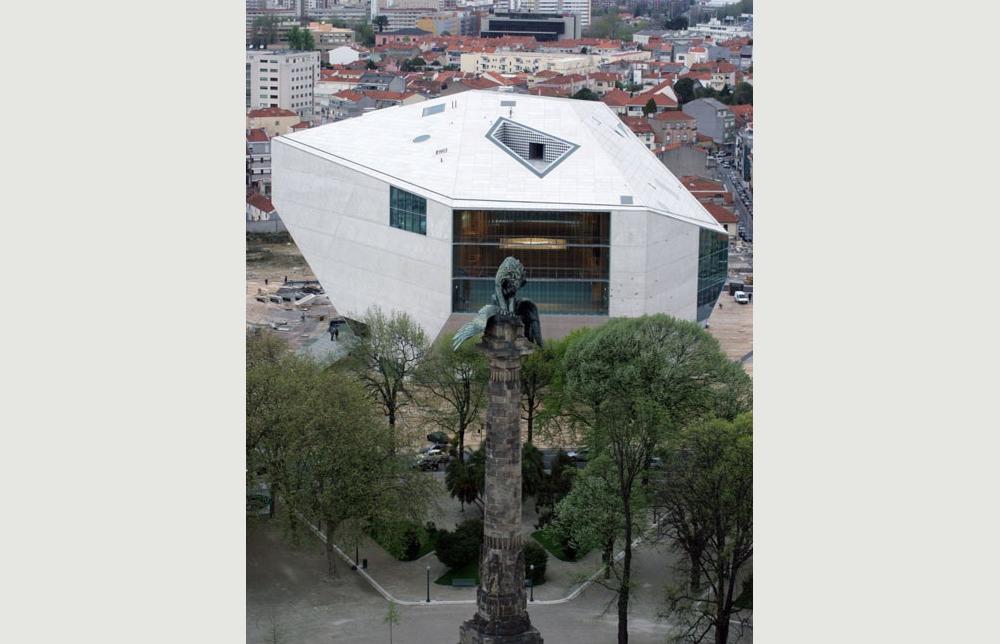 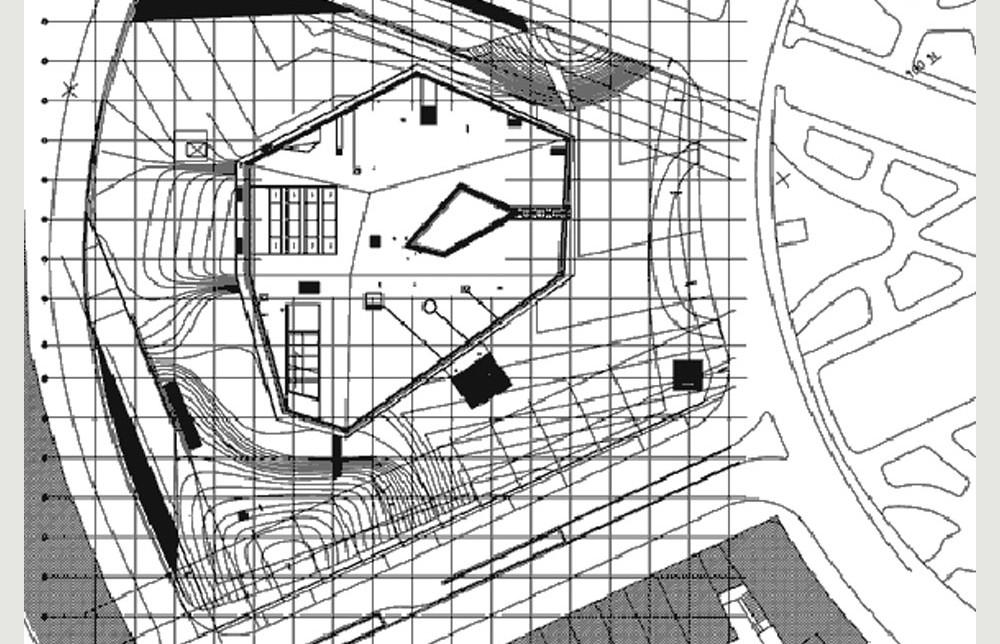 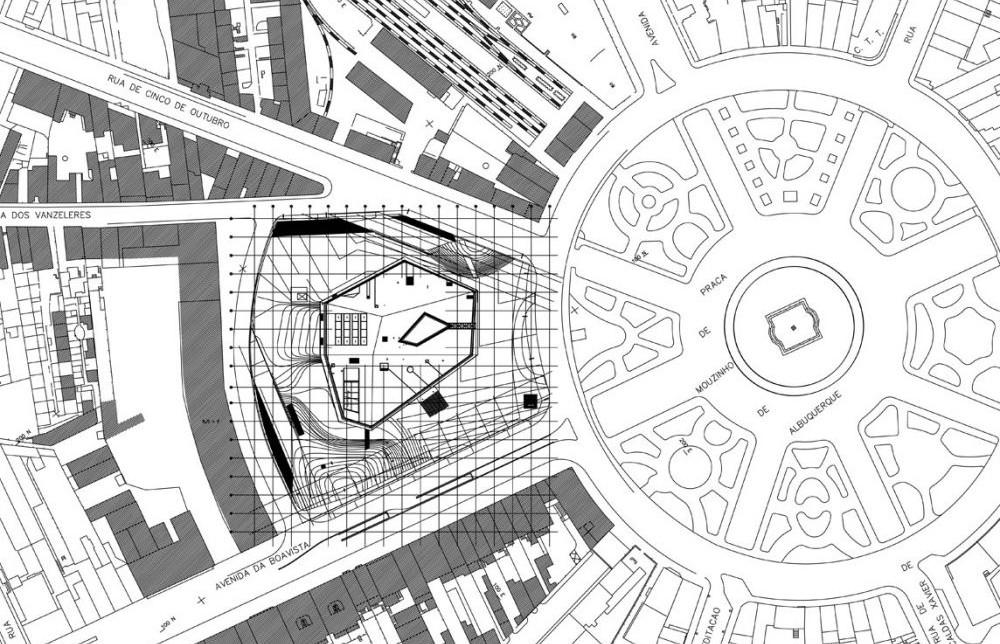 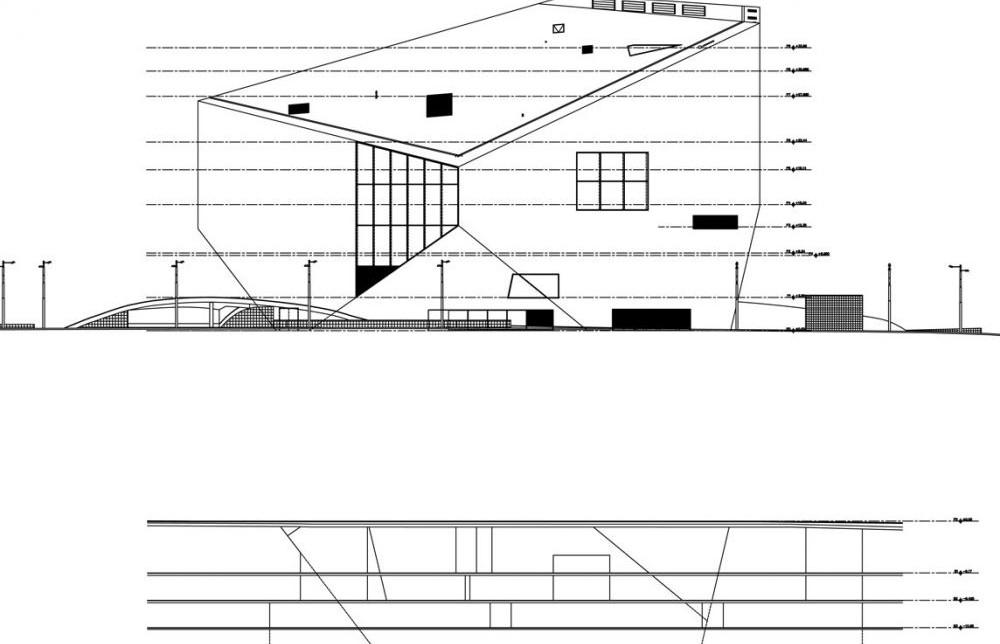 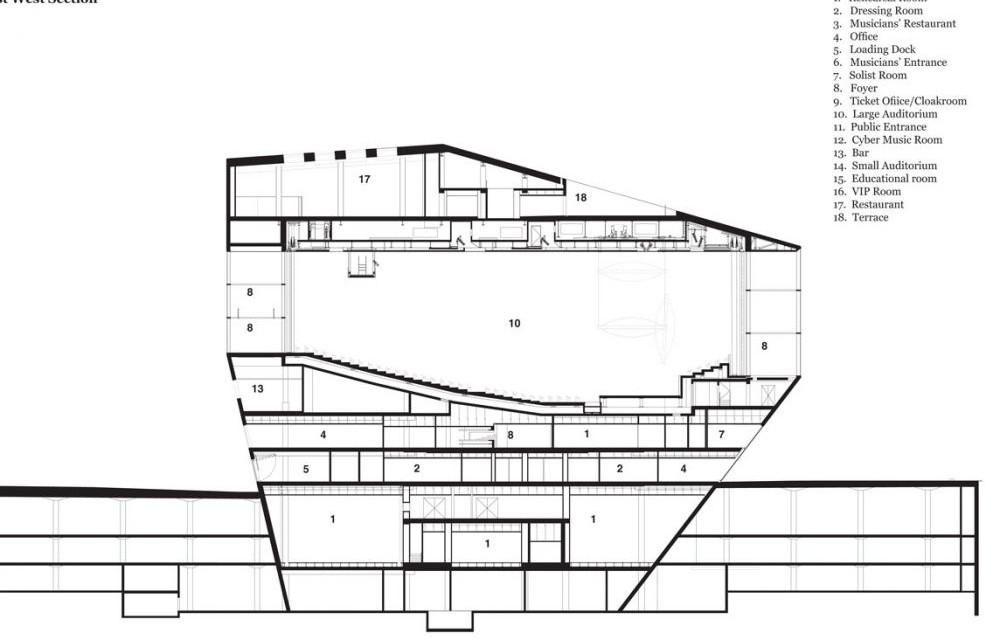 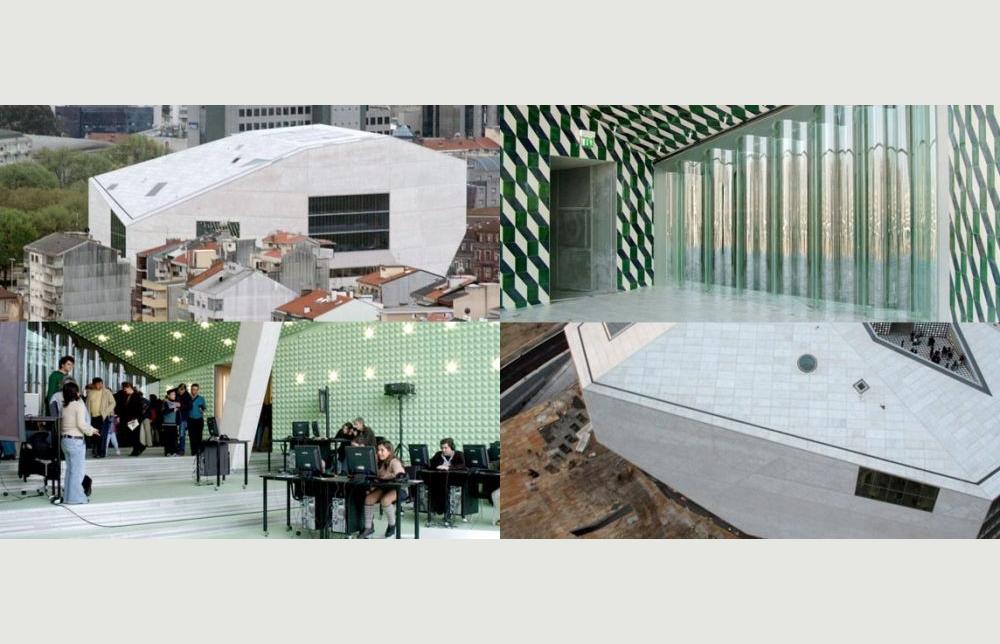 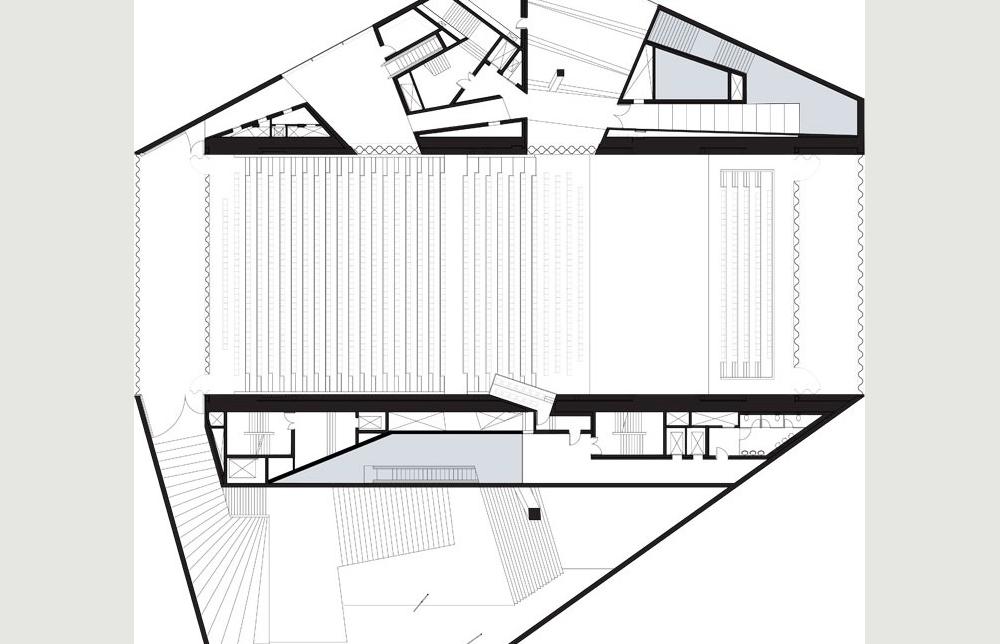 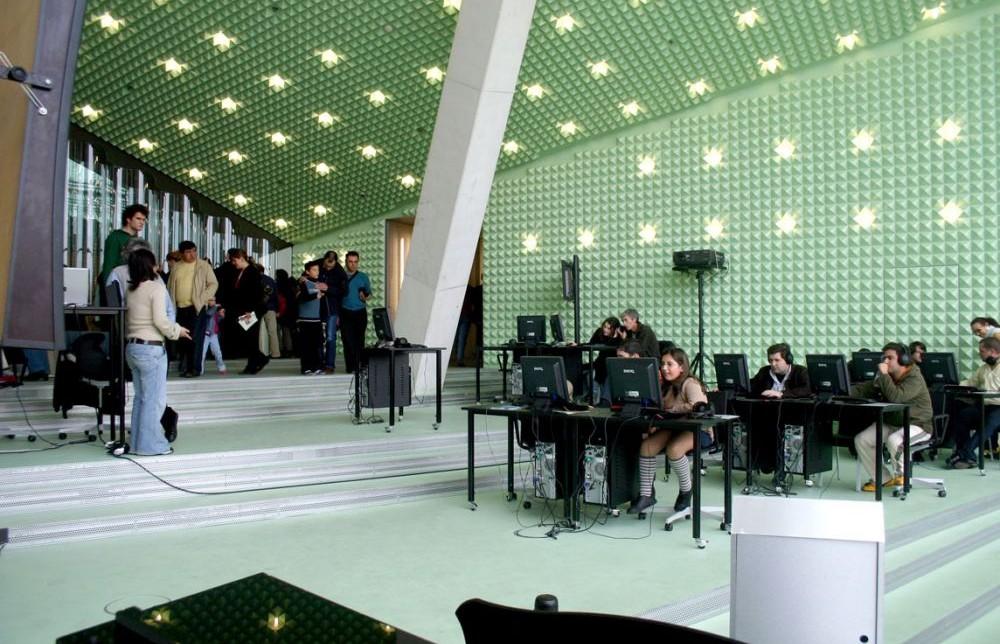 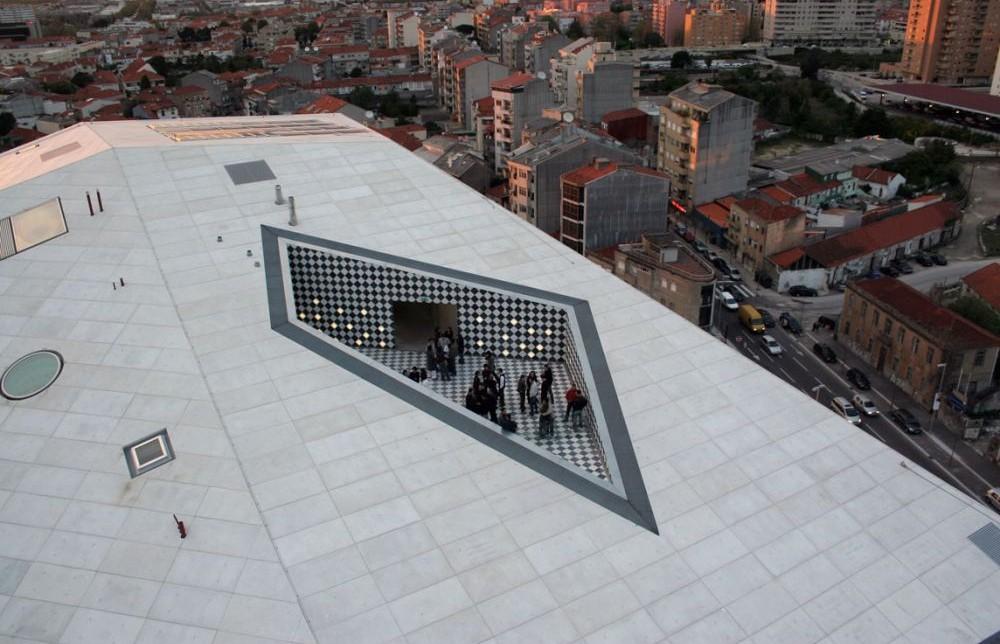 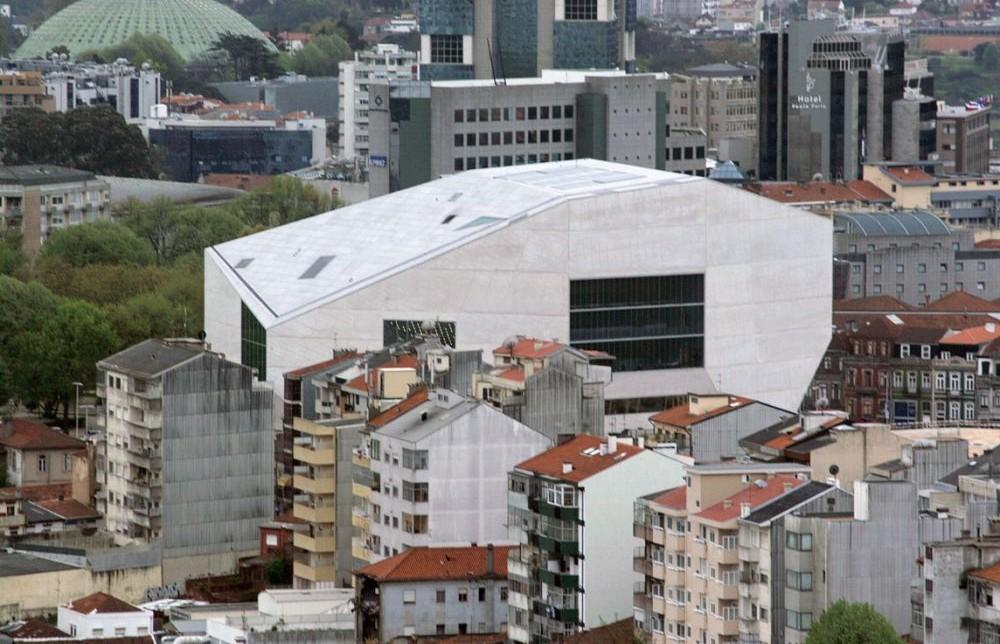 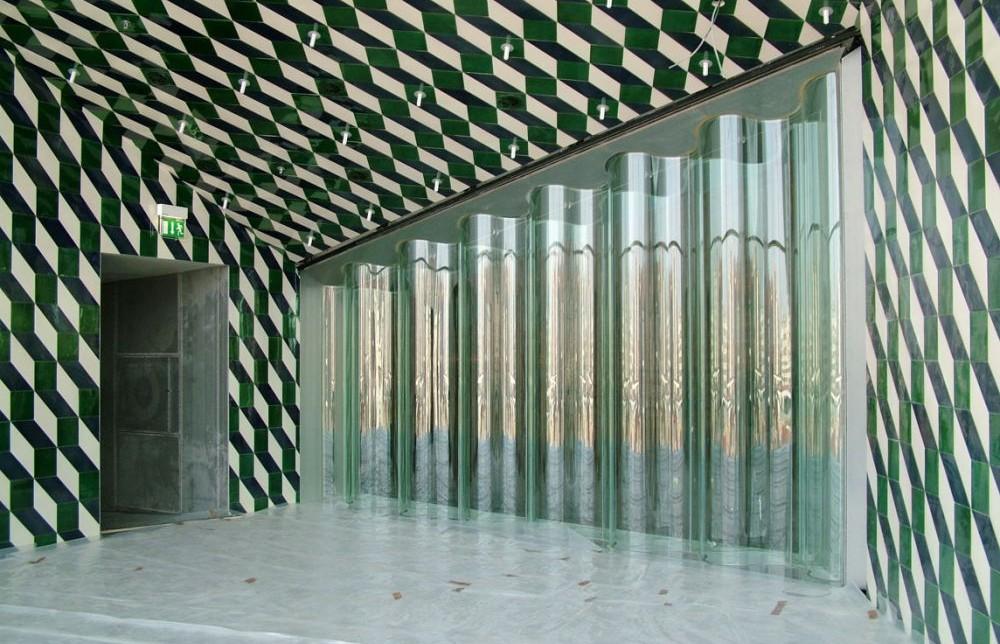 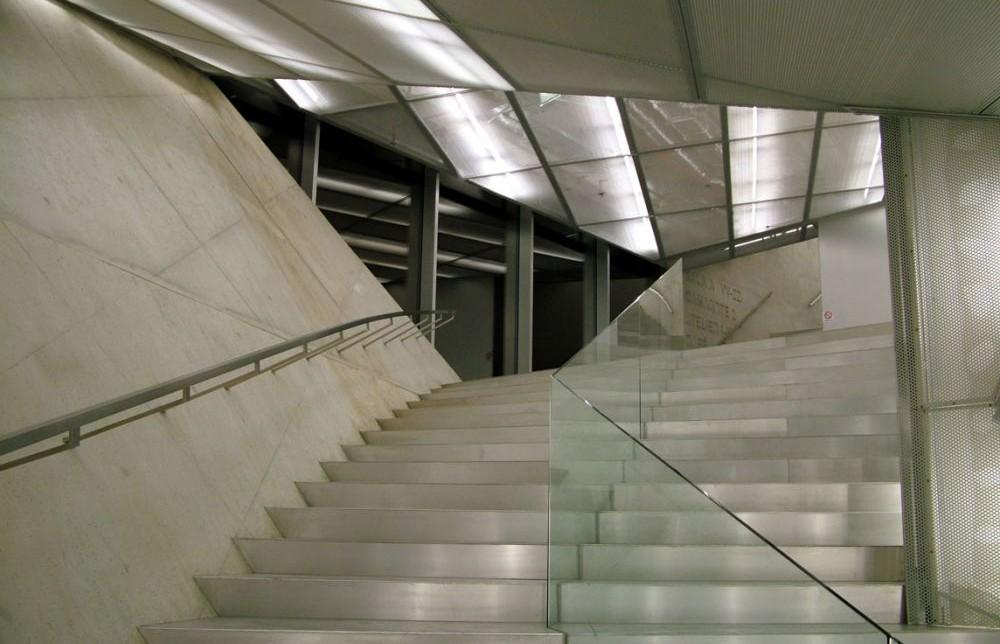 The past thirty years have seen frantic attempts by architects to escape the domination of the 147;shoe-box148; concert hall. Rather than struggle with the inescapable acoustic superiority of this traditional shape, the Casa da Musica attempts to reinvigorate the traditional concert hall in another way: by redefining the relationship between the hallowed interior and the general public outside. The Casa da Musica, the new home of the National Orchestra of Porto, stands on a new public square in the historic Rotunda da Boavista. It has a distinctive faceted form, made of white concrete, which remains solid and believable in an age of too many icons. Inside, the elevated 1,300-seat shoe box-shaped Grand Auditorium has corrugated glass facades at either end that open the hall to the city, and offer Porto itself as a dramatic backdrop for performances. Casa da Musica reveals its contents without being didactic; at the same time, it casts the city in a new light.
Locating the Casa da Musica was key in the development of OMA146;s thinking: we chose not to build the new concert hall in the ring of old buildings defining the Rotunda but to create a solitary building standing on a travertine-paved plateau in front of the Rotunda146;s park, neighbouring a working class area. With this concept, issues of symbolism, visibility, and access were resolved in one gesture.

There is deliberately no large central foyer; instead a continuous public route connects the spaces around the Grand Auditorium by means of stairs, platforms and escalators: the building becomes an architectural adventure.
Sustainability Statement
Casa da Musica as a major public concert hall building can not be gauged on the same basis as an office/residential block. Special temperature and humidity control is required in every room where instruments are either used, repaired or stored. In this context it is important that other factors than purely energy consumption are addressed when considering sustainability in the context of such a building.

Flexibility and Maintenance
The building is designed to create maximum flexibility to adapt to future requirements. Foyers, Rehearsal Rooms and the Small Auditorium can in turn be used as social spaces, music rehearsal rooms, performance space, workshop space etc.

Materials
For the main structure we choose to use local aggregates, grey granite, instead of white limestone, traditionally used in Portugal for white concrete. Most finishes used are traditional local products, such as tiles and wooden floors. Other products, such as the facades, are produced locally.

Energy Conservation
The engineering systems have been developed from a rigorous analysis of the climate, operating scenarios and comfort requirements. The Portuguese climate is relatively temperate with intermittent high summer temperatures, a large diurnal range and moderate wind speeds. Passive environmental control has been utilised in the building form and construction wherever possible to reduce energy consumption. The building has very high thermal mass to optimise the use of the diurnal temperatures and reduce cooling and heating loads. The integration of glass has been minimised, however when required high-performance and highly tinted glazing has been used.

Lighting is a major consumer of energy. A careful selection of fittings and appropriate lighting levels reduces the building146;s energy consumption. Lighting control systems ensure lighting is turned off when not in use.