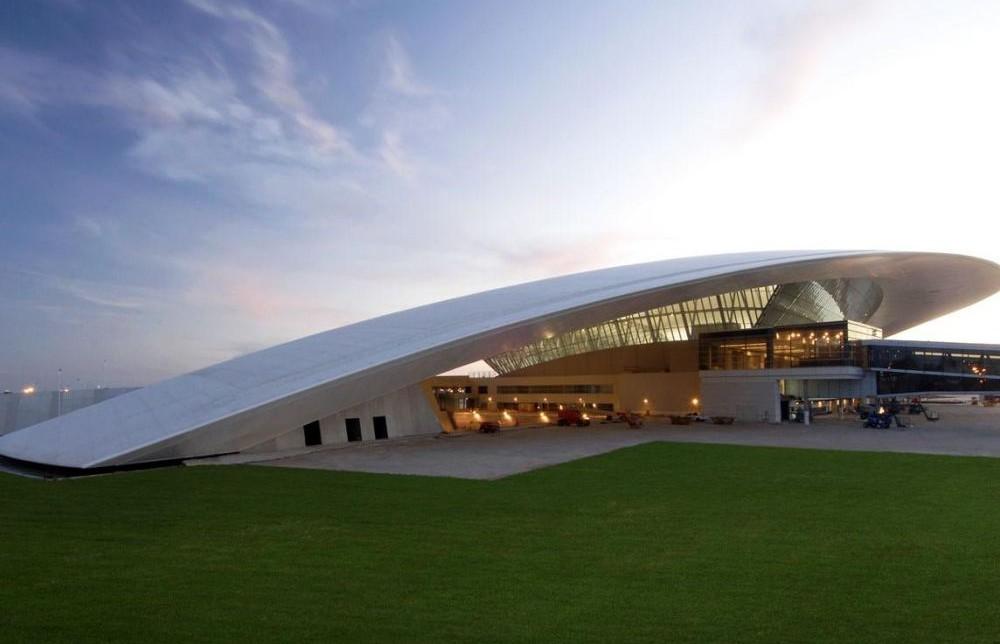 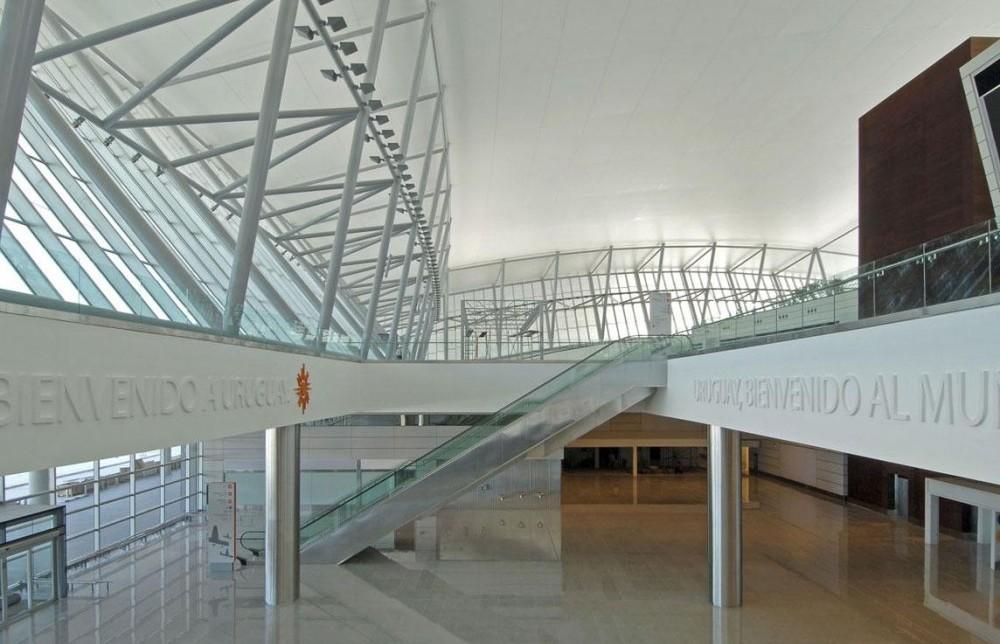 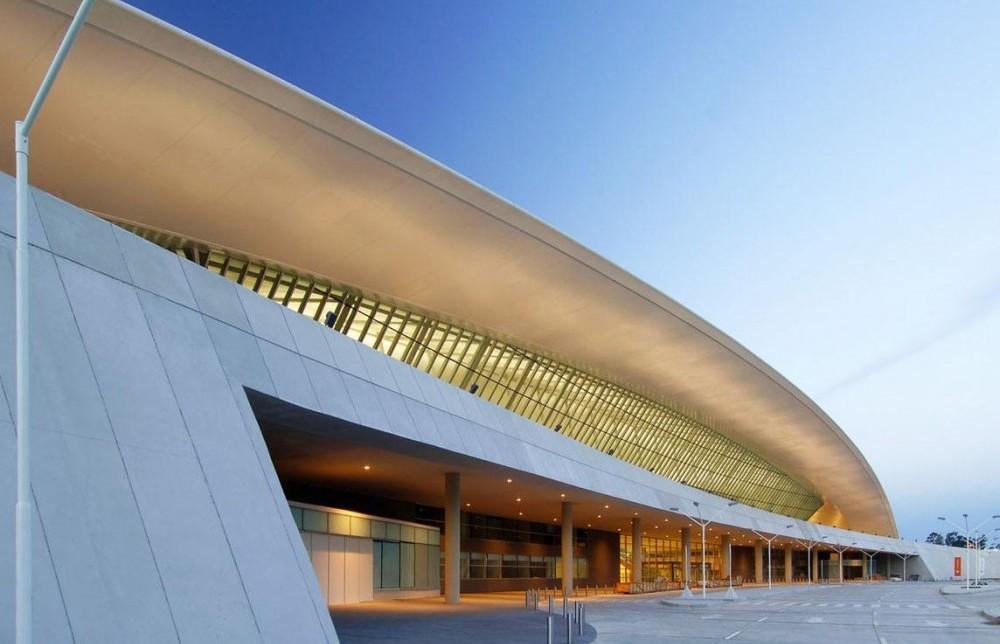 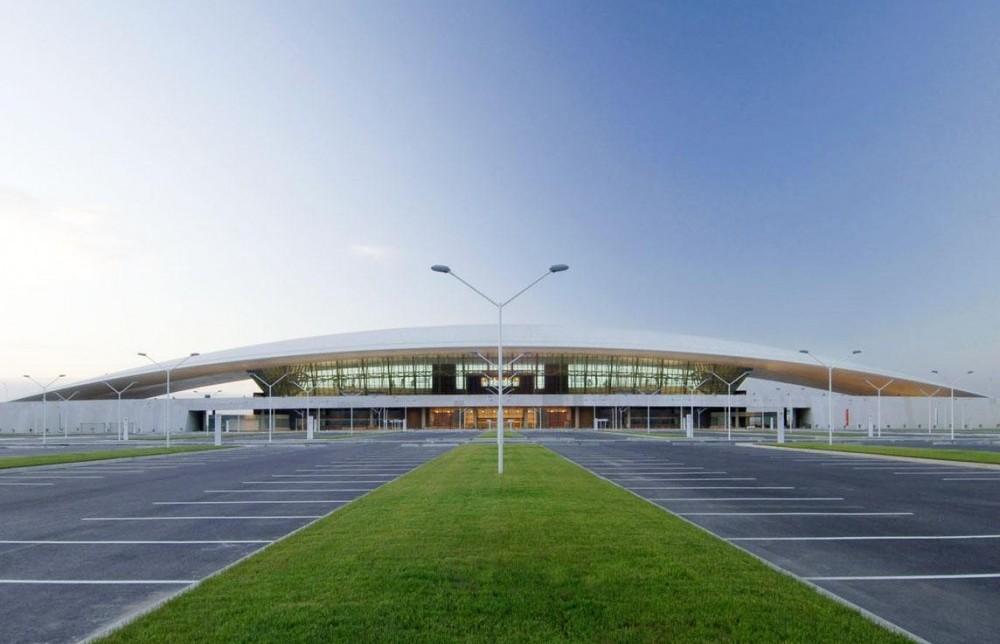 Carrasco International Airport, officially known as “Aeropuerto Internacional de Carrasco General Cesareo L. Berisso,” is located 11 miles (17.7 kilometers) east of downtown Montevideo, the capital city of Uruguay. With one million passengers per year, it is the only airport in the country that provides year-round international connections. As a result, it carries great symbolic value as the “front door” for many visitors to the country. With this distinction in mind, Puerta del Sur, the airport owner and operator, commissioned Rafael Viñoly Architects to expand and modernize the existing facilities with a spacious new passenger terminal to expand capacity and spur commercial growth and tourism in the region. The firm’s design gives prominence to the public zones, including the secure runway-side concourse as well as the fully accessible roadside departure hall and terrace, by providing amenities such as open space, natural light, restaurants, retail, and landscaping, all housed beneath a gently curved roof 1200 feet (365 meters) in length. Arrivals and departures are separated by floor, with arrivals on the ground level, departures on the first floor, and vehicular access roads that service each level independently. A public, landscaped terrace occupies the second floor above the departure level, providing views of the runway and the main public concourse. The design also features a restaurant and space for commercial and cultural use. The gentle curve and low profile of the airport’s monolithic roof is inspired by the rolling dunes along Uruguay’s coastline. While the architectural solution for the Carrasco International Airport is modern in its conception of space, function, and structure, the roof is regionally inspired and draws its strength from its relationship to the surrounding topography. The building represents Uruguay’s transformation from an important regional country to an international destination for commerce and travel. “In Uruguay, friends and family still come to greet you at the airport or see you off,” says Rafael Viñoly, “so this terminal provides great spaces for the people who aren’t traveling as well as those who are. The atrium, the main hall, the terrace, and the passenger concourse make this a dramatic and welcoming place for everyone.”