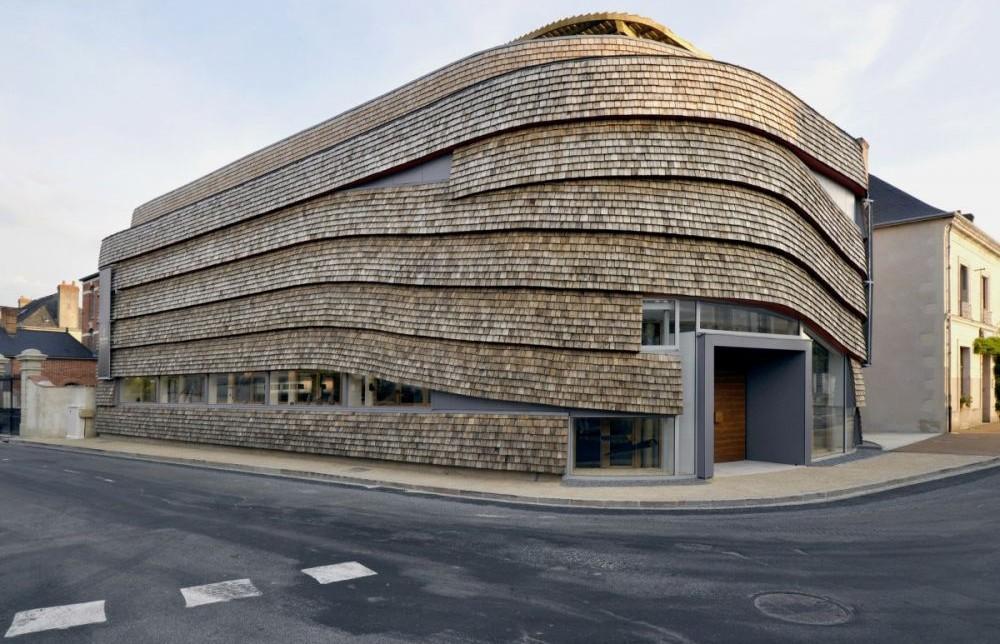 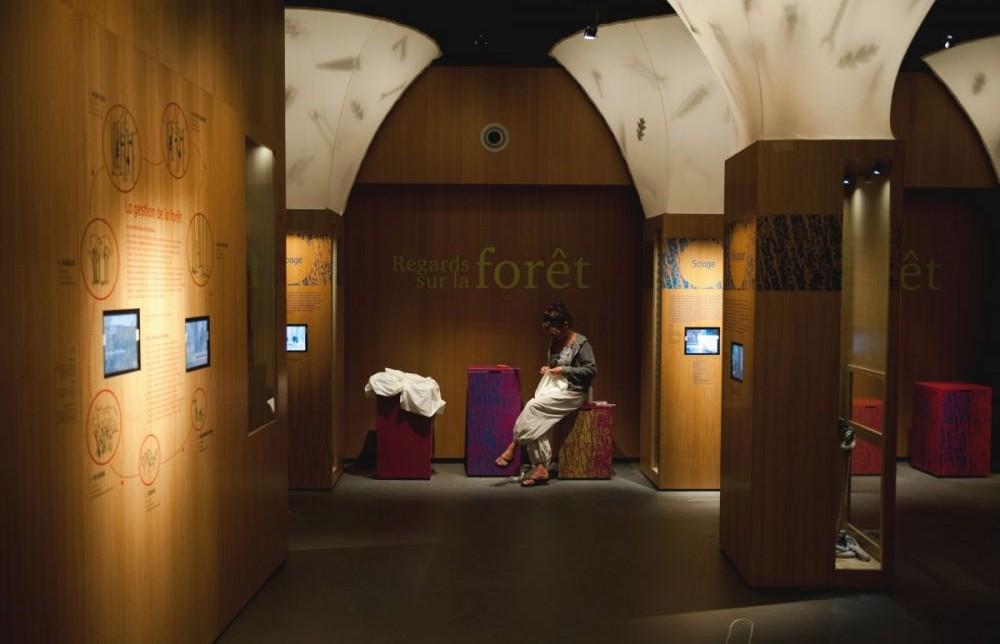 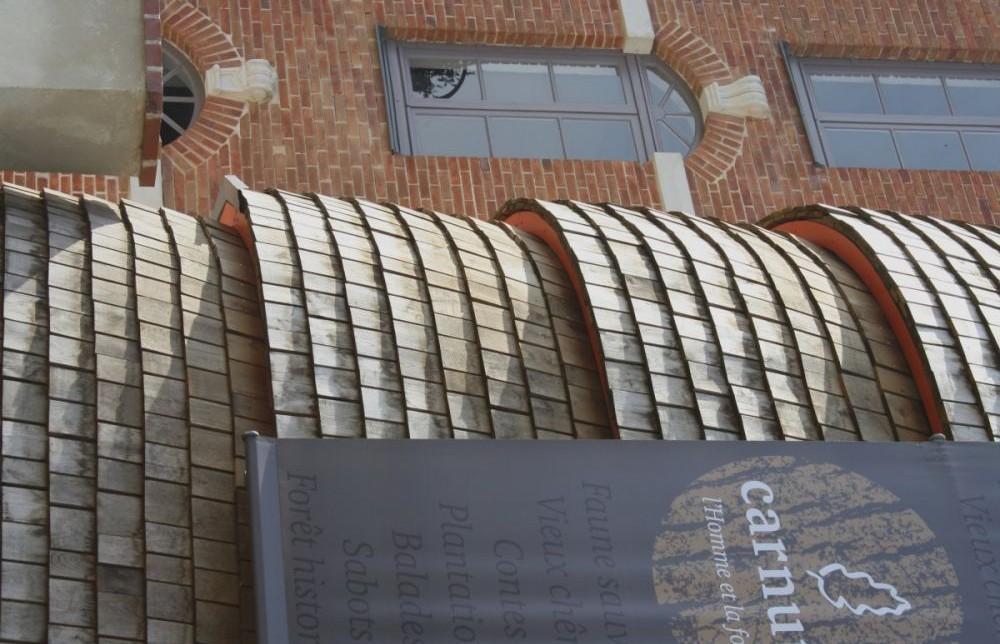 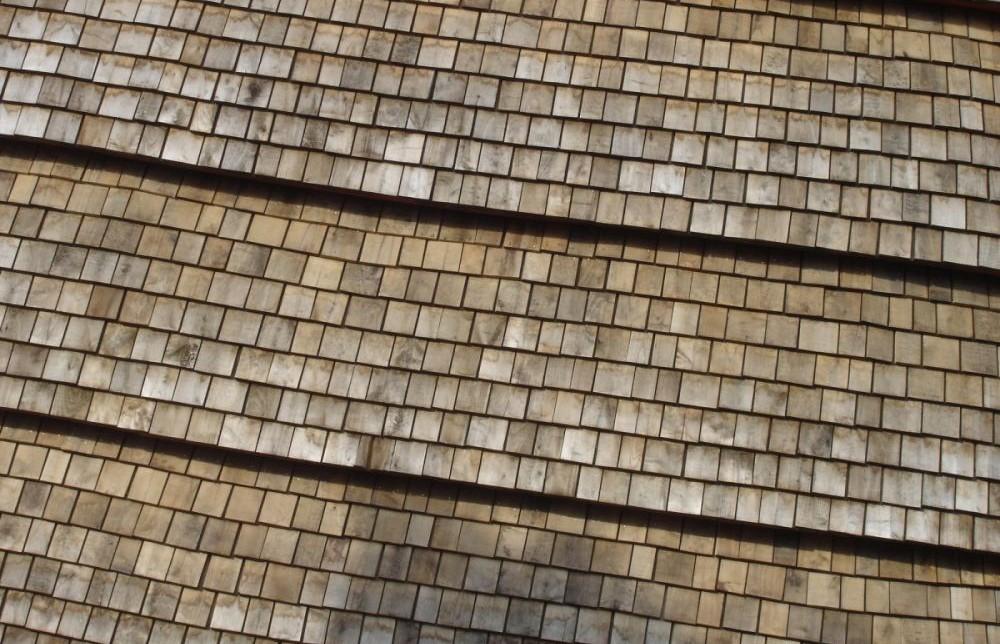 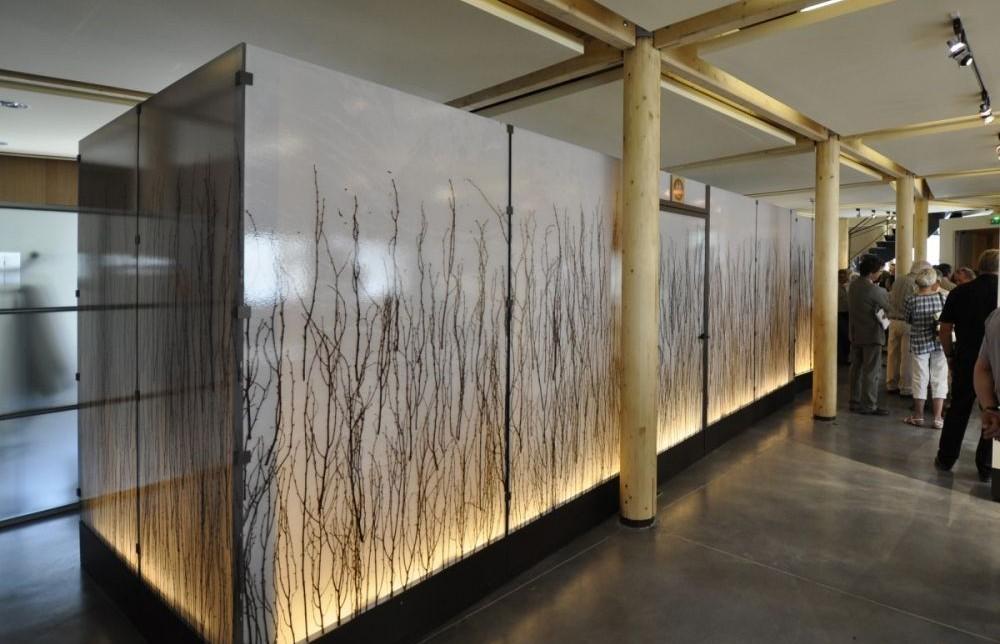 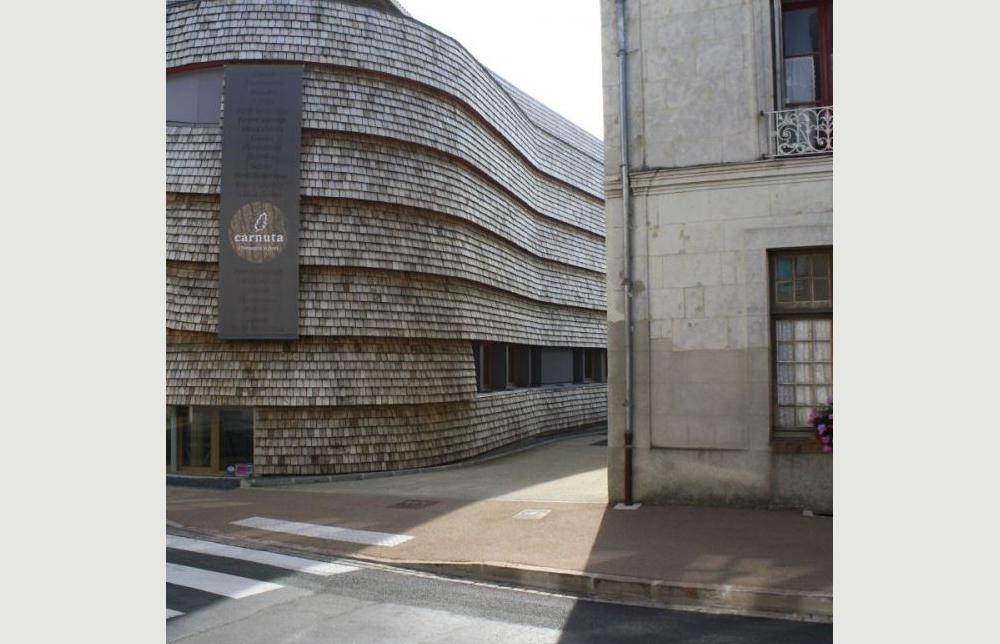 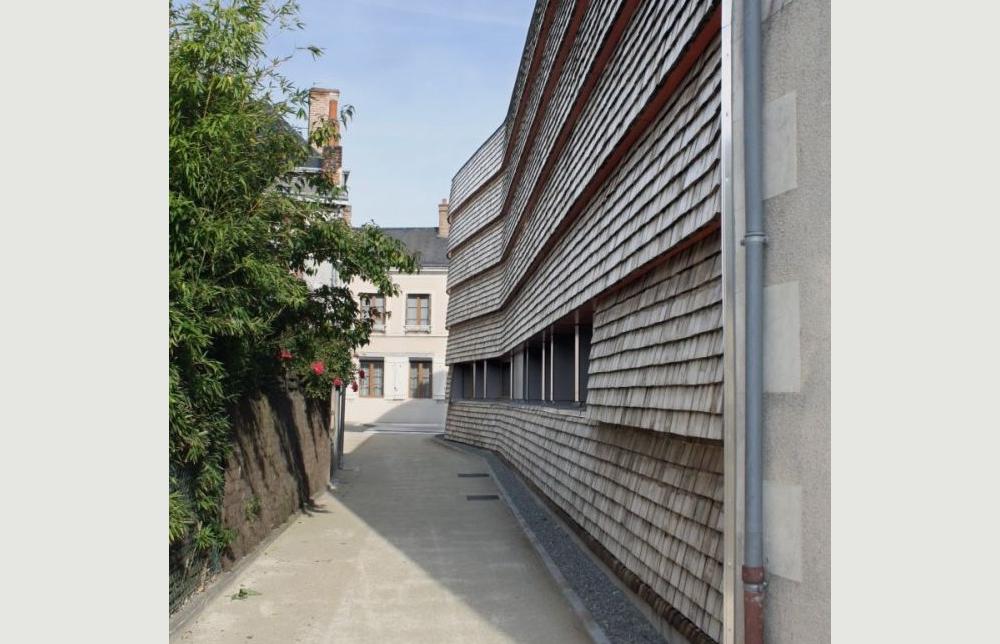 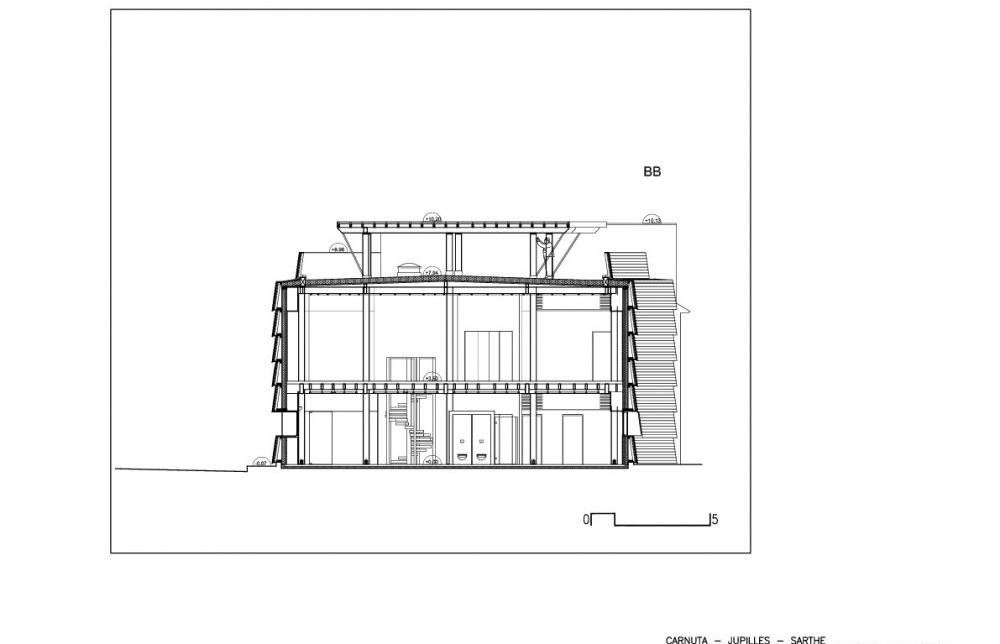 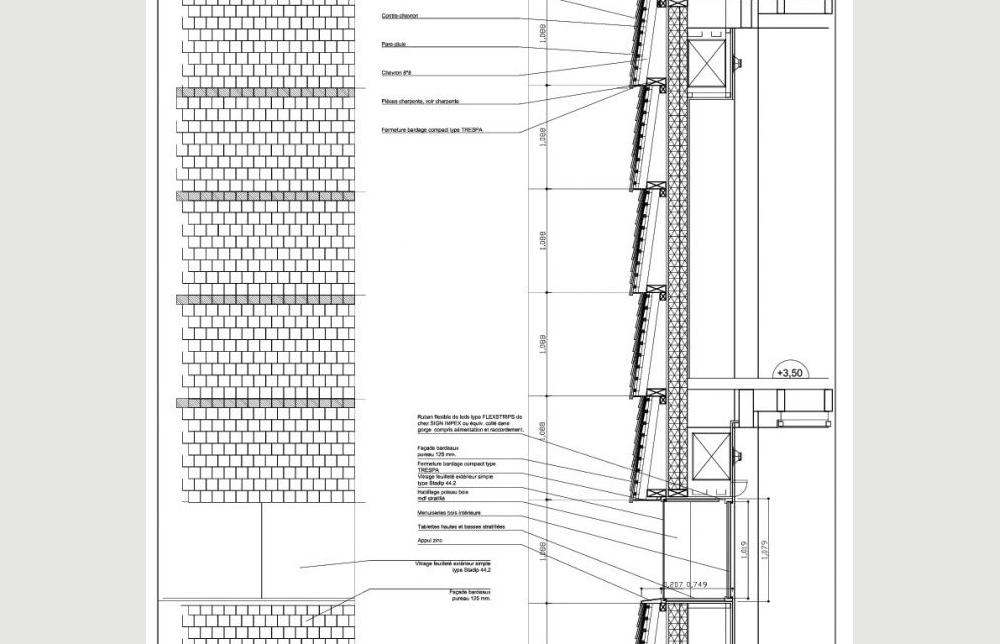 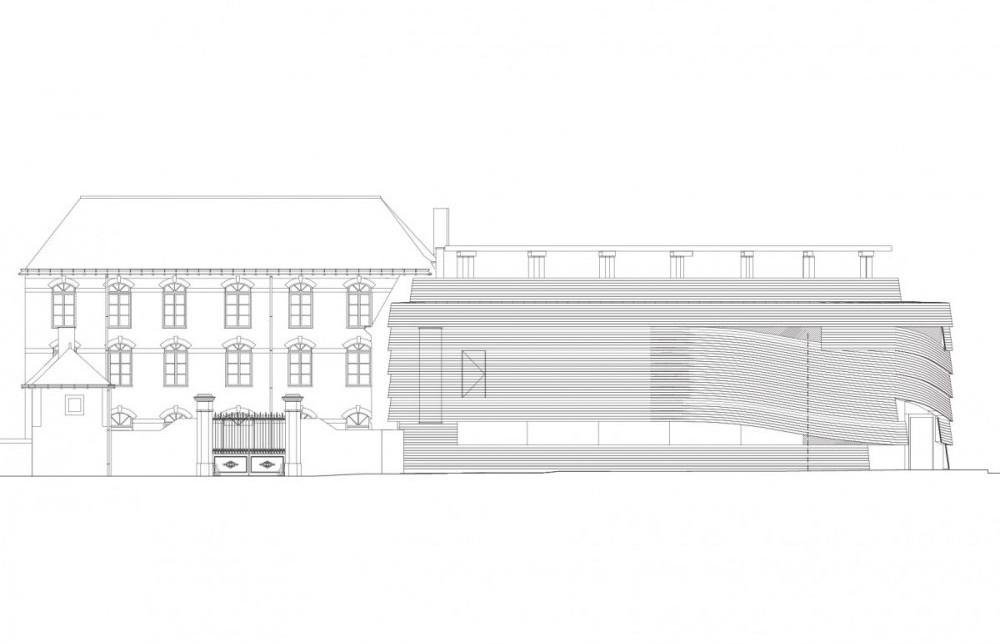 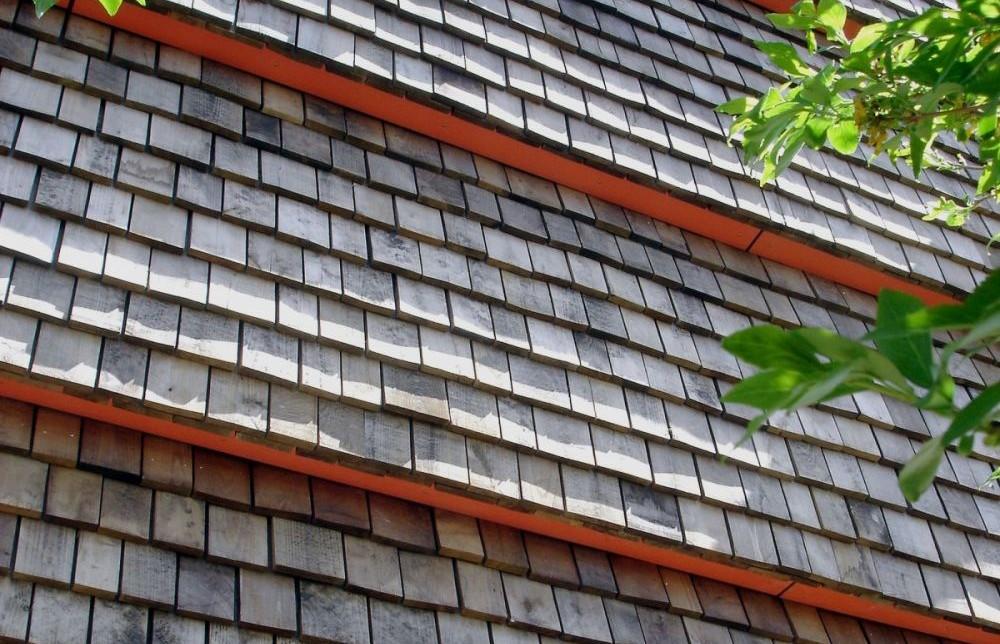 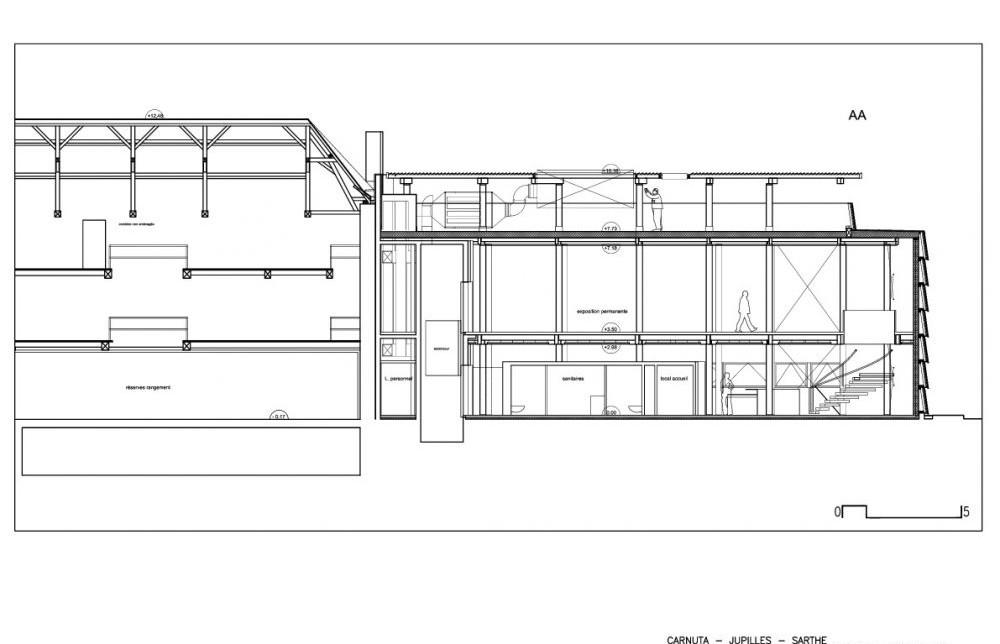 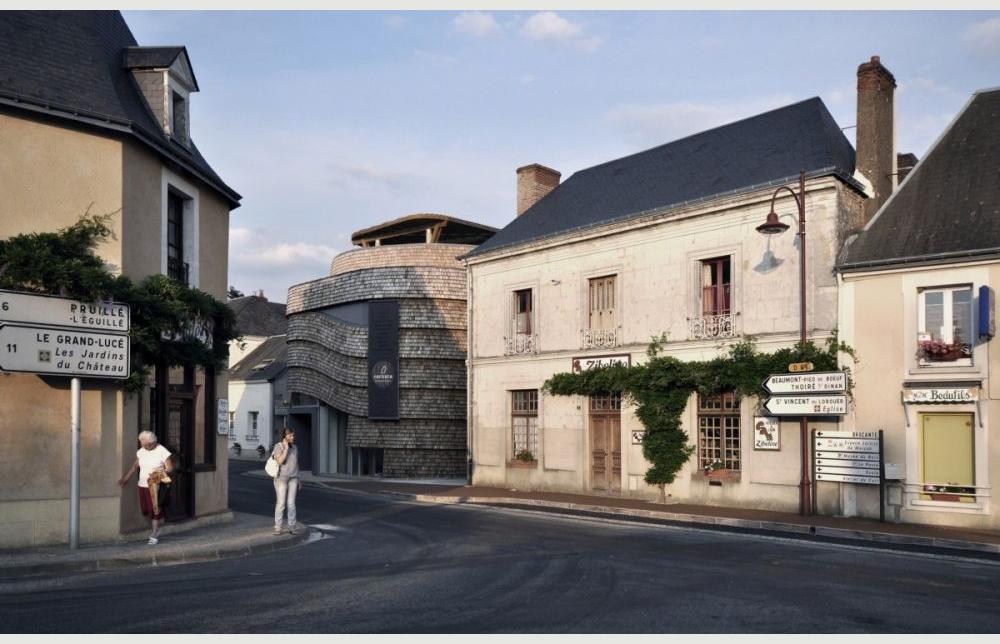 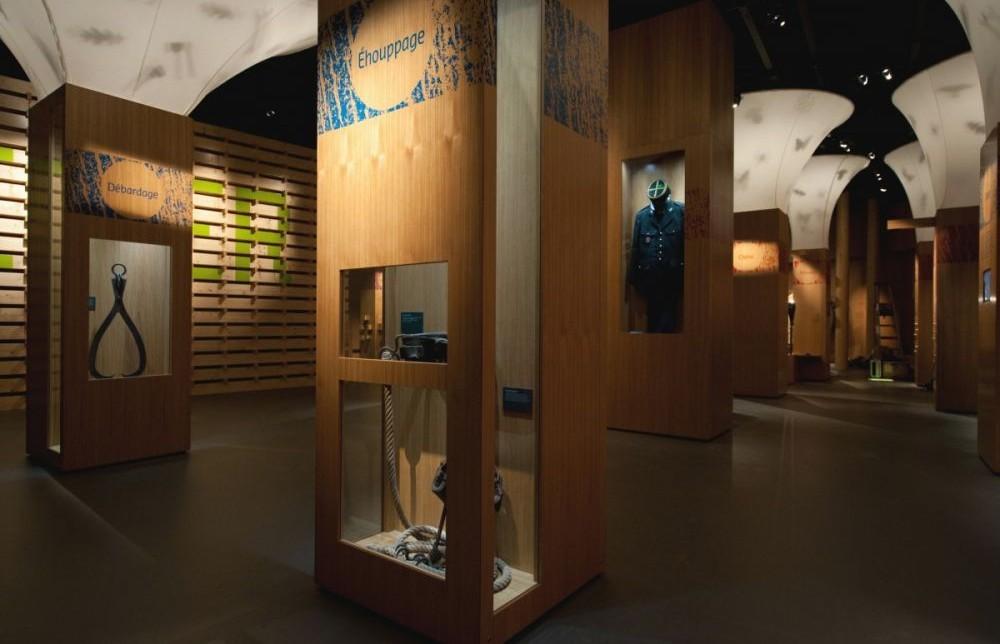 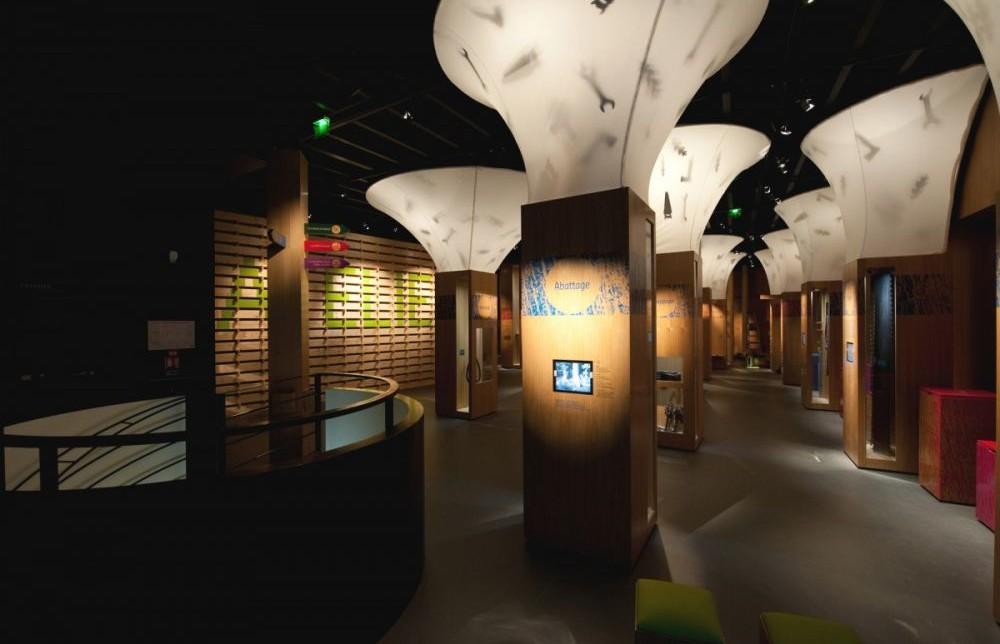 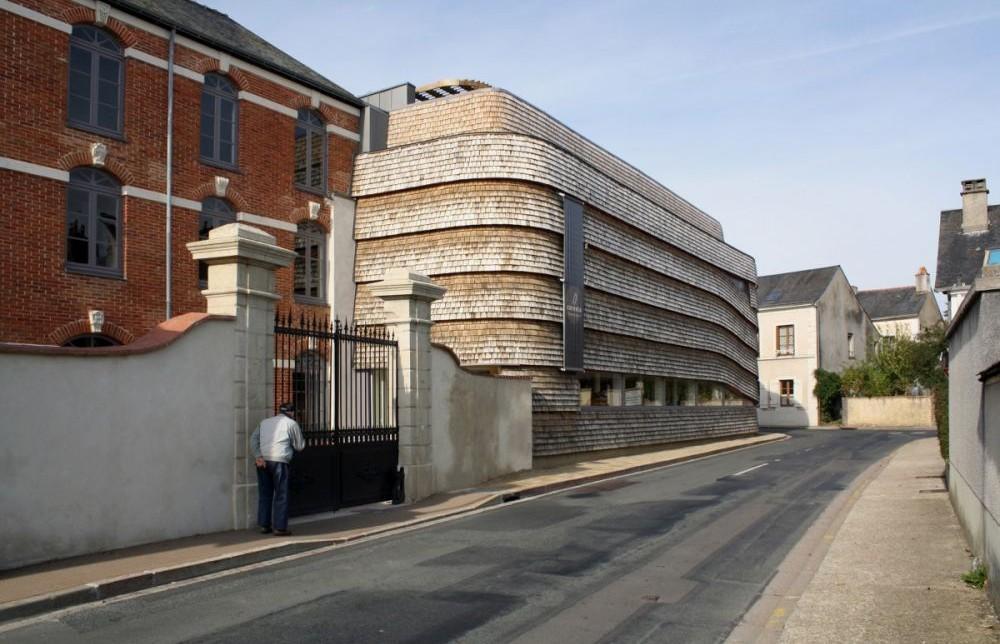 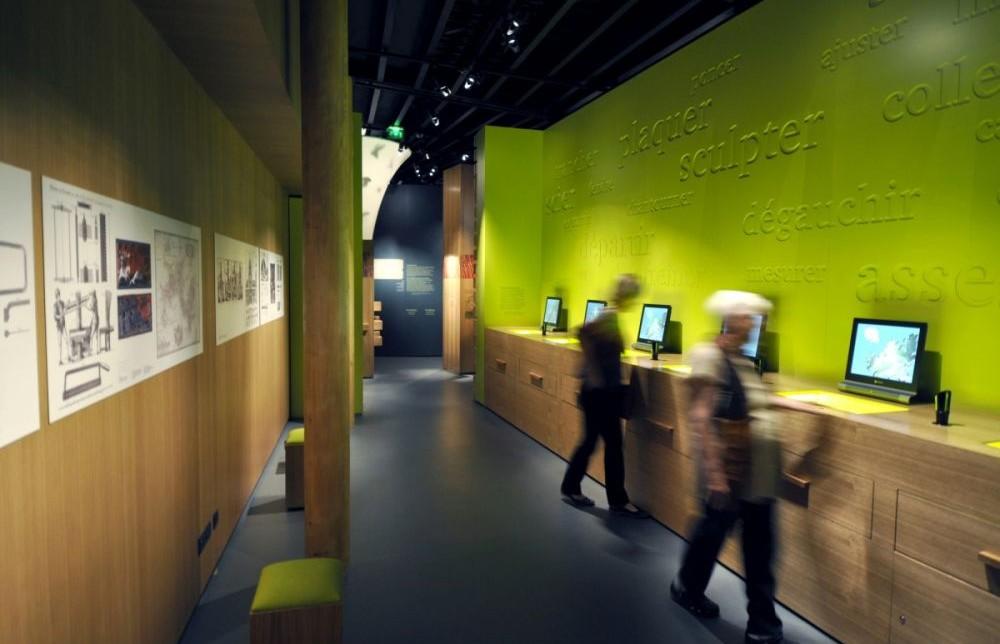 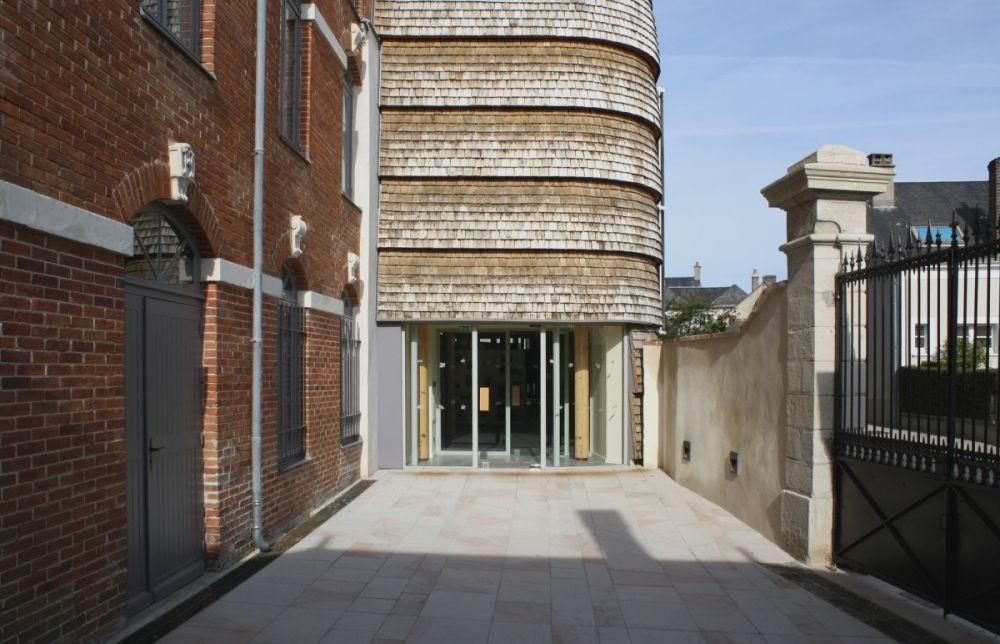 The structure in itself is a metaphor for the forest, an integral part of nature, where order exists in apparent chaos. In consideration of this concept, the wooden columns were intentionally placed on an irregular grid. The structural elements have been exposed with the intention of providing an allusion to tree trunks and branches. The partition walls of the restrooms were made from panels of translucent resin in which twigs from the forest have been encased. Except for the ground slab, no concrete has been used in the construction. Almost all of the building is made of timber products.

The architecture of the building is massive, completely covering the delineation of the lot. The façade of the structure is indeed curvaceous as it distinctly follows the pattern of the street. The curvature of the façade gives one the impression of discovering a soft, natural structure, which gracefully blends into its surrounding environment as opposed to the effect that would arise from a structure of an angular design imposing itself among sinuous streets winding through a forest.

Chestnut shingles, a traditional material, were chosen for the construction of the building’s façade. They have nevertheless been transposed into a contemporary shape. The shingle, a primitive element, is the lowest common denominator of the façade, and it has been infinitely multiplied. The shingles, like the scales of a living organism are placed in facets of increasingly larger size like long ribbons wrapping around the building. These “ribbons” provide an intermediate dimension between that of the shingle and the entirety of the building. The gaps between these “scales” are meant to signify a fractal jump from a more basic level to a higher level of organization in nature. Fractal geometry, and this phenomenon of infinite division are continuously encountered in nature; for example, fractal division can be observed in the bark of the tree trunk as seen from afar and then as seen again in a microscopic view.

The shingle was selected as a skin for the building because, as opposed to some other more elaborate materials, the wood shingle represents the archetype of a basic, natural element. Chestnut shingles do not require the use of fungicide or insecticide treatment, and they do not have to be sealed with varnish. With the passage of time, this raw material will slowly transform its color into a silvery shade of gray. The life expectancy for a chestnut shingle is more than a century. Almost completely enclosed like a giant chrysalis suspended in the forest, the structure is intentionally devoid of windows. Exterior openings in the structure can only be noticed on the ground floor. The first floor represents a black box where permanent exhibitions can be presented.

The use of wood for the structure, the exterior cladding and for the flooring greatly facilitated the construction process and permitted a relatively brief completion time.