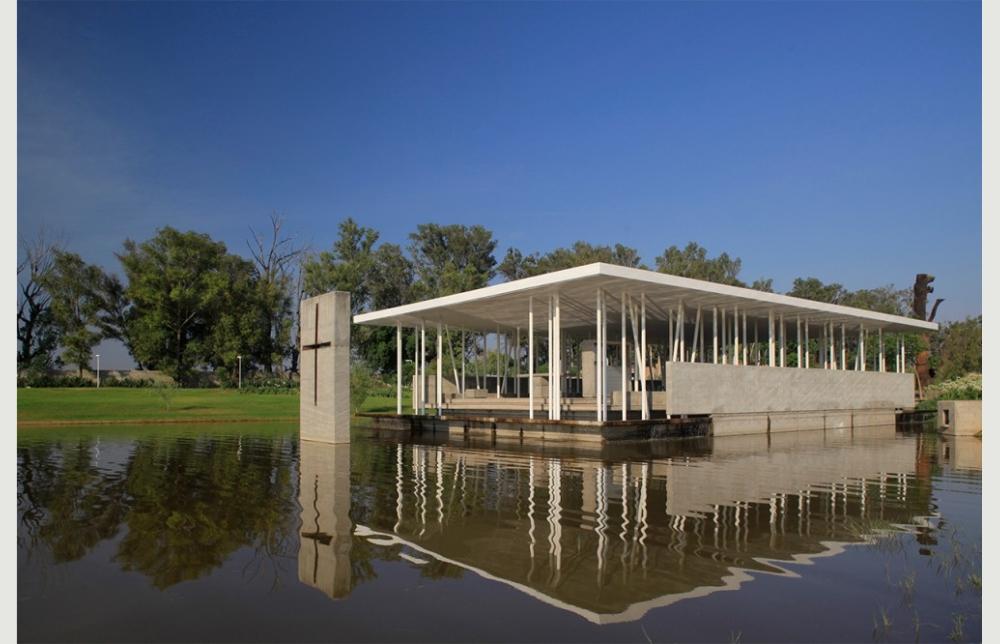 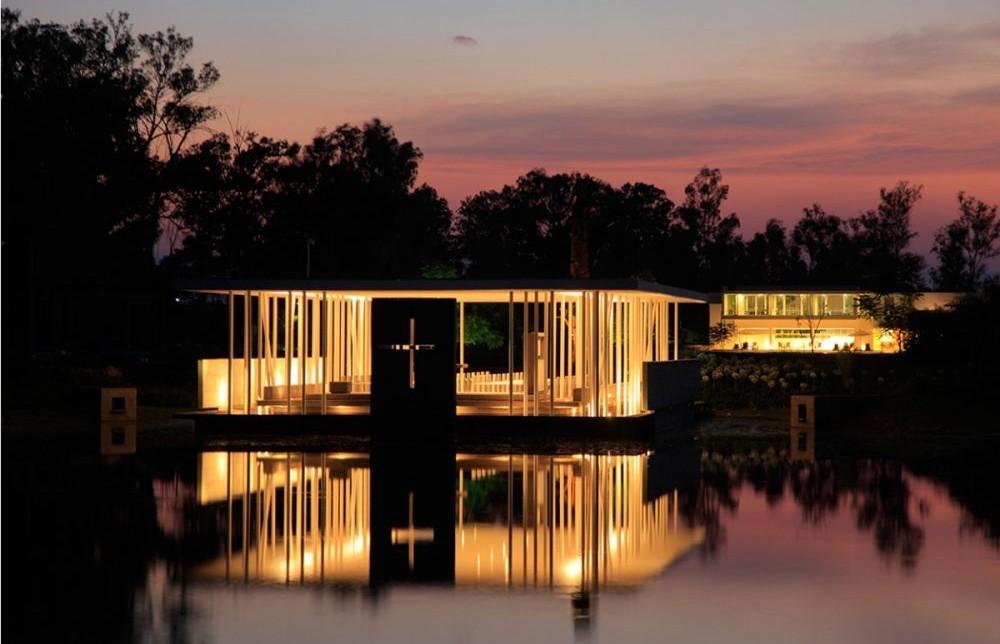 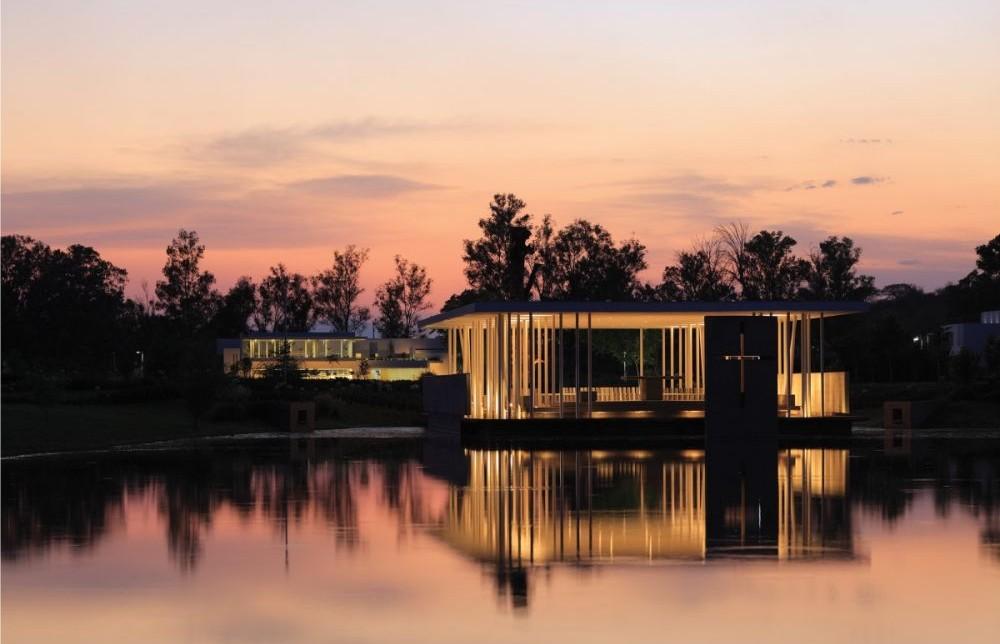 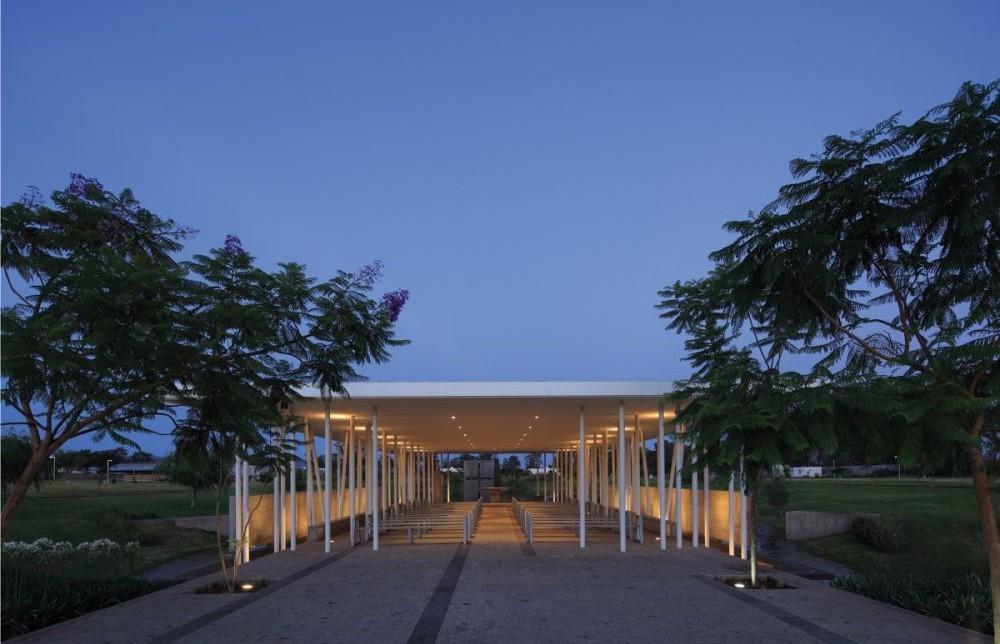 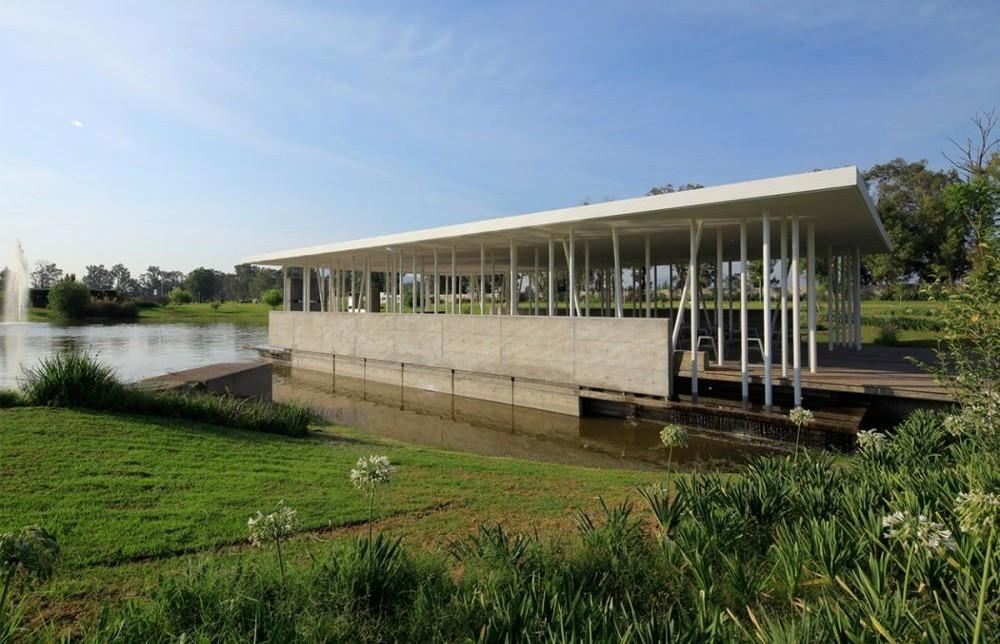 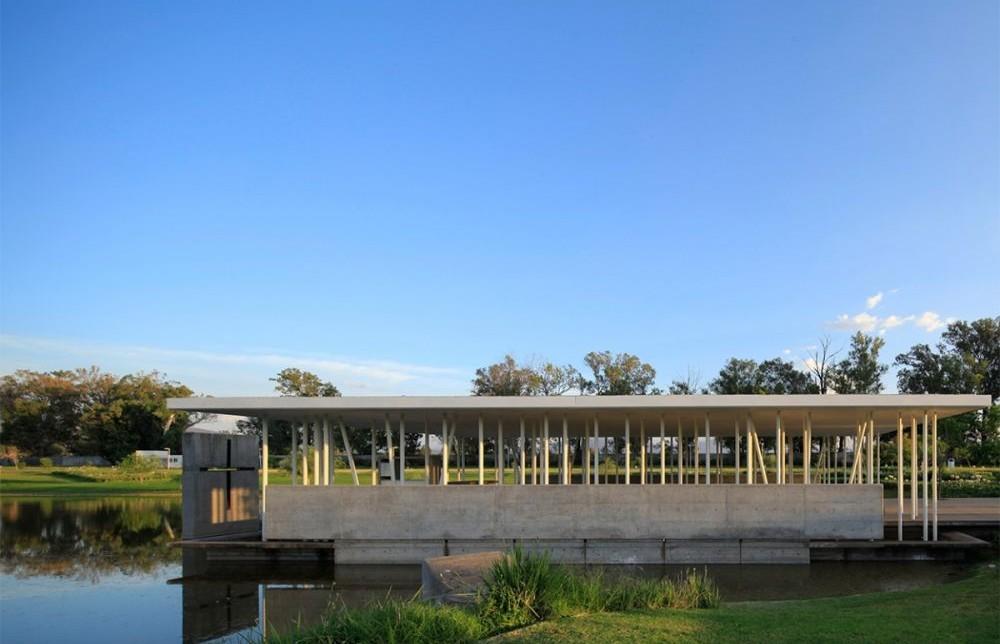 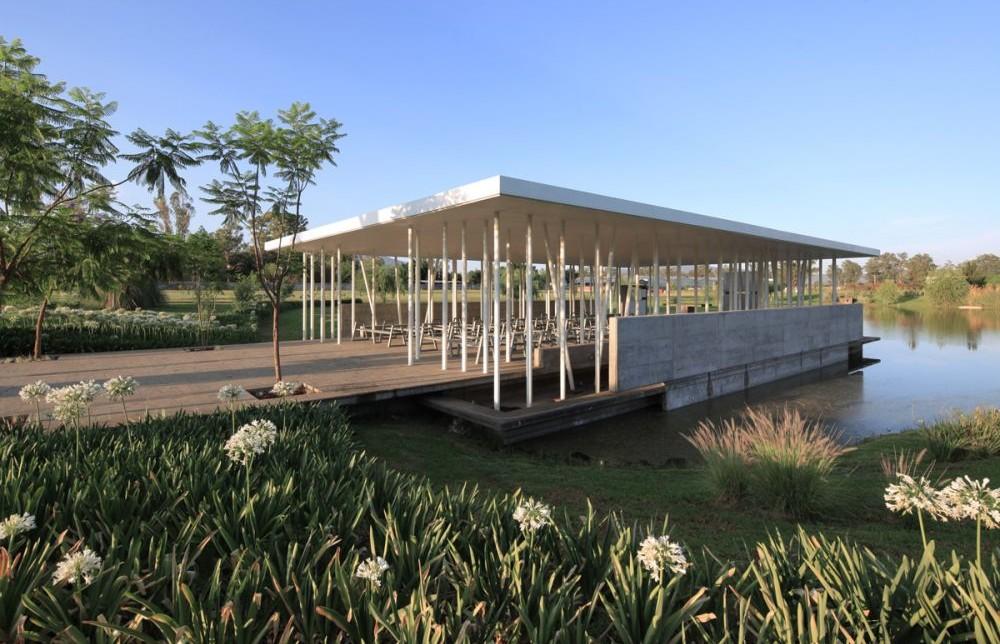 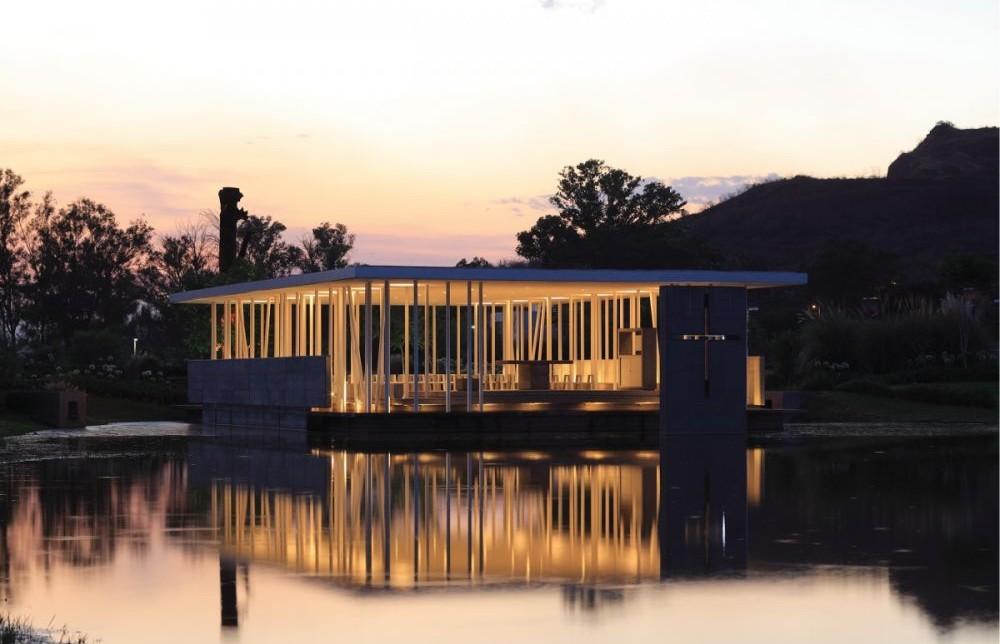 The  concept is to make an analogy of a group of filaments that when lit with the proper energy can illuminate our earthly lives with a  glimpse of heavenly light. Mother Teresa said that the filaments of the light bulbs are useless if they are not energized. “You, me, are filaments . The energy is God. We have the possibility of letting this energy pass through ourselves and let it utilize us in order to produce light for the world”. This building performs as a character that acts under the effects of light, that constantly changes with sunlight, that becomes enhanced by its users and celebrates its mission as a catalyst between the routinary and the unexpected.