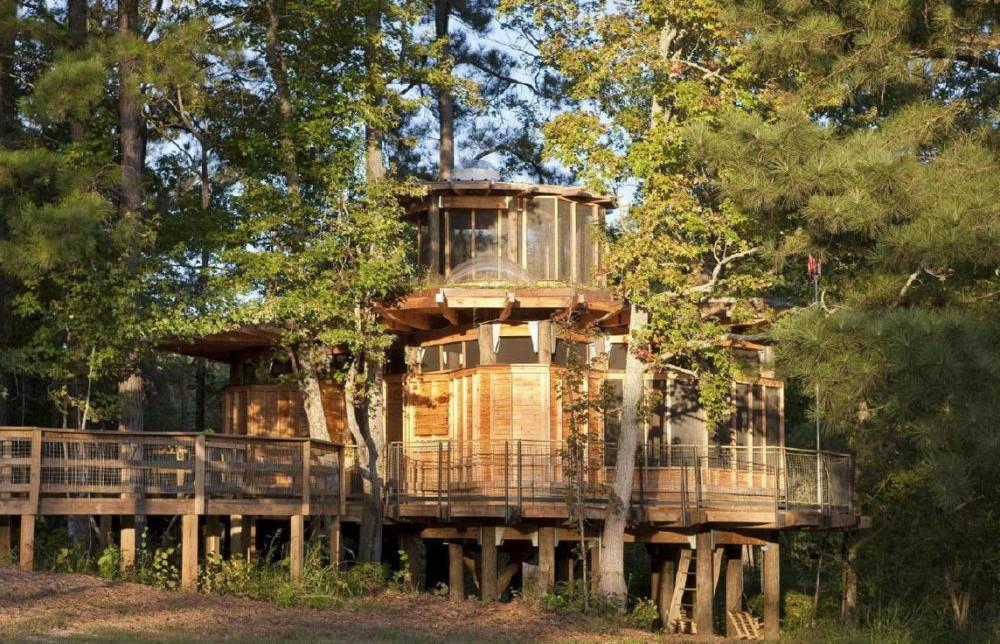 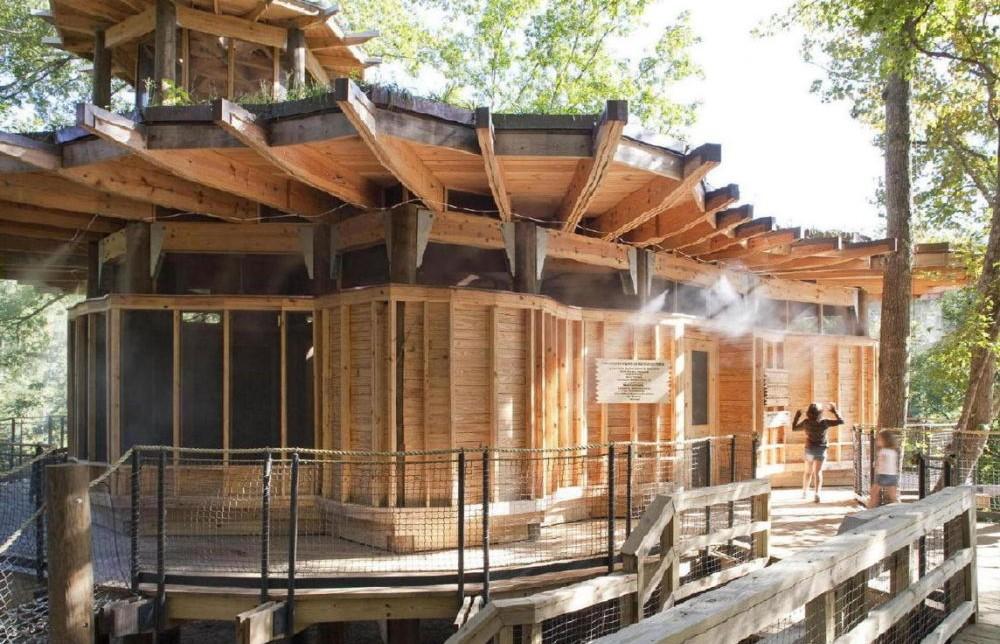 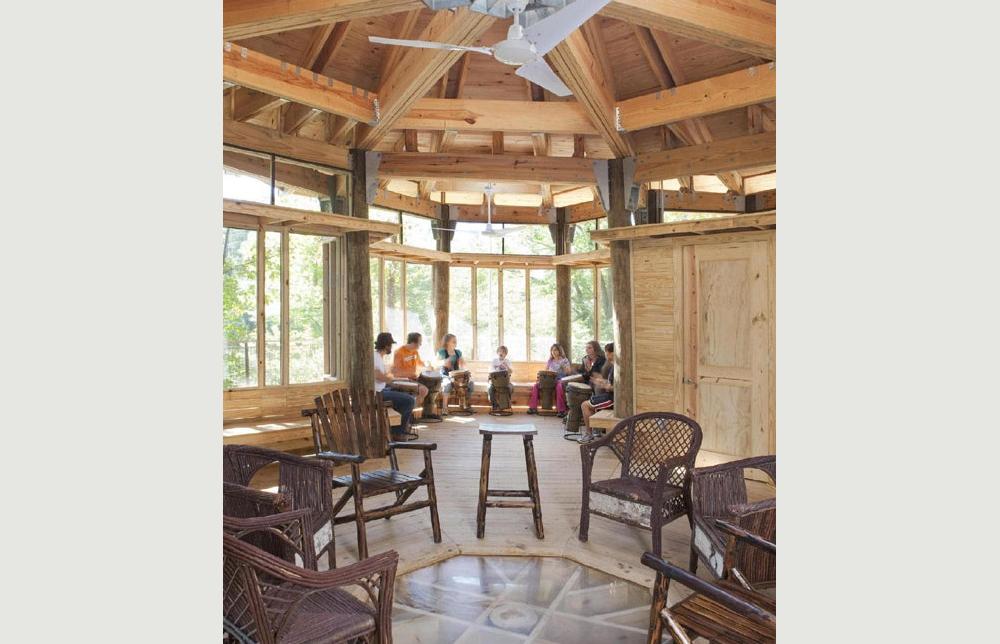 In response to Camp Twin Lakes goals, the master plan envisioned wheelchair accessible nature trails traveling around the camps two lakes, one leading to an undeveloped area called the Wild Side, featuring a treehouse where campers could connect with nature. In order to design the treehouse quickly, Lord, Aeck Sargent held an in-house competition juried by both members of the camps board and campers. The selected design, created by senior associate Amy Leathers, responded best to the wish list made by a group of campers tasked with drawing their ideal treehouse. The list included wheelchair accessibility, ceiling fans, enclosed and screened spaces, a trapdoor, swirly slide and swings.

The treehouse is sited on a sloping area of land near the end of the nature trail. Children in wheelchairs enter via a curved wooden boardwalk and find themselves on the treehouse deck about 15 feet above ground overlooking one of the camps lakes.

The treehouse foundation consists of a series of wooden telephone poles connected to a system of below grade concrete beams that stabilize the poles. The design includes one octagonal-shaped main space in the center used primarily for environmental arts and crafts with a series of four, multi-sided spaces. Another space with built-in bench seating forms an arc of about 270 degrees and is used for the camps drumming program. A smaller space is used for storytelling and small group activities. The other two spaces, which flank the doorway to the main space, are a utility room and a staff/storage room. Combined, the main interior room and four smaller spaces, along with an upper level overlook, known as the birds nest because it is located amid the boughs of a large oak tree, comprise 1,200 square feet of enclosed space surrounded by a 600-square-foot covered deck. The enclosed area has floor-to-ceiling windows with double layer screens.

The intent of the Wild Side was to get the children outdoors and away from mechanically conditioned spaces, though the special needs of the children did necessitate some protection from hot Georgia summers. The treehouse has ceiling fans in the main rooms and a mister
system that runs through the eaves; these two systems combined make the air in and around the treehouse noticeably cooler by at least 8 degrees.

Designed to be environmentally sensitive, the treehouse and surrounding area features: a 1,700-square-foot green roof garden; a 1.4-kilowatt, eight-module photovoltaic solar array mounted on a nearby pole to supply the treehouse three fans and misting system pump with DC power; two dry composting toilets near the treehouse; and acopper rain chain near the main entry to the treehouse to help divert rainwater that comes from a copper gutter over the door.

In short, the treehouse is a perfect educational tool for children with special needs to learn about sustainability options as well as a wonderful place for play.