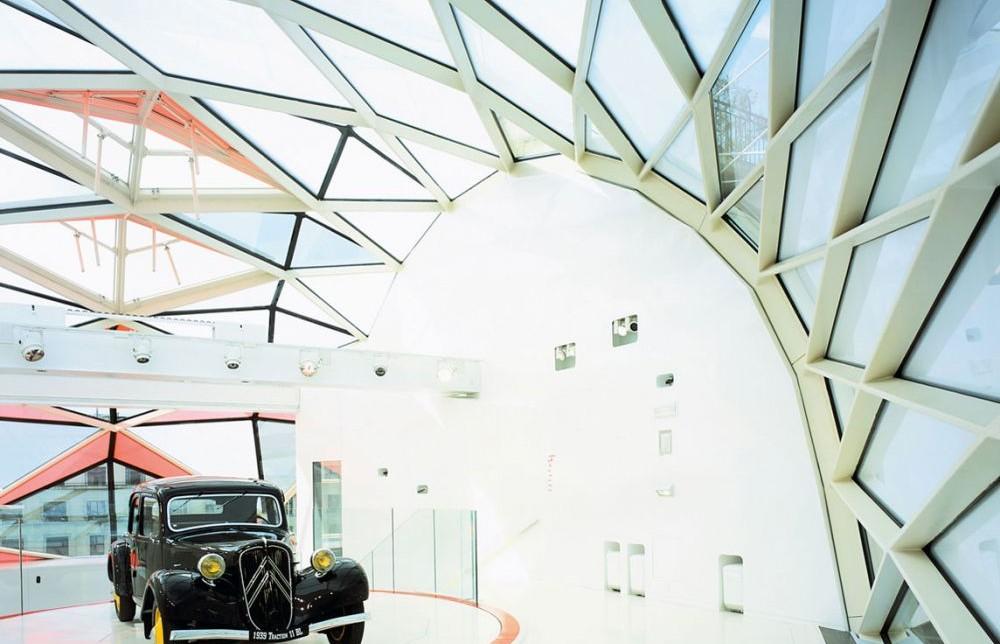 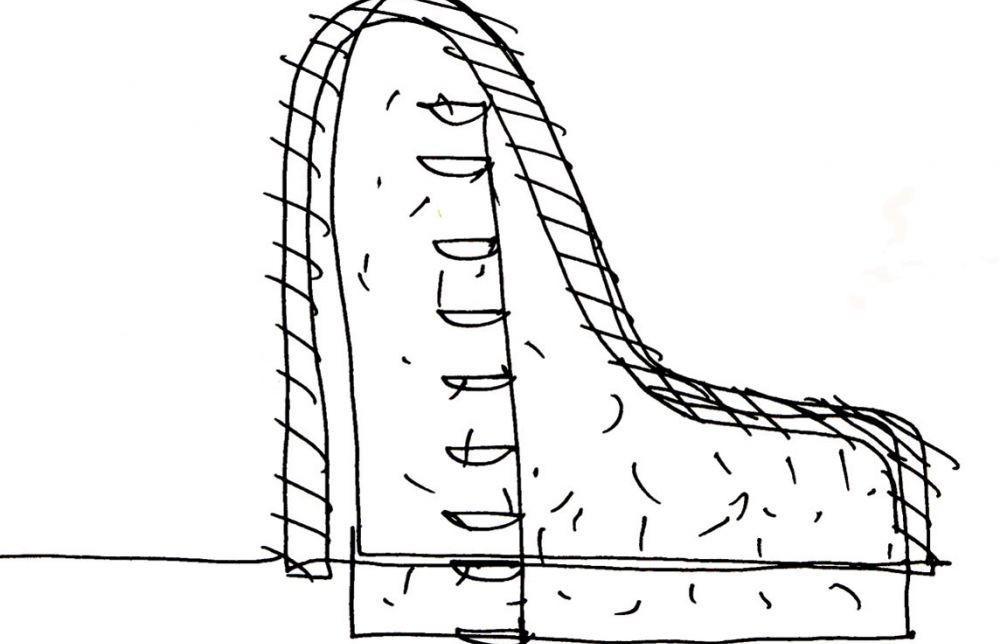 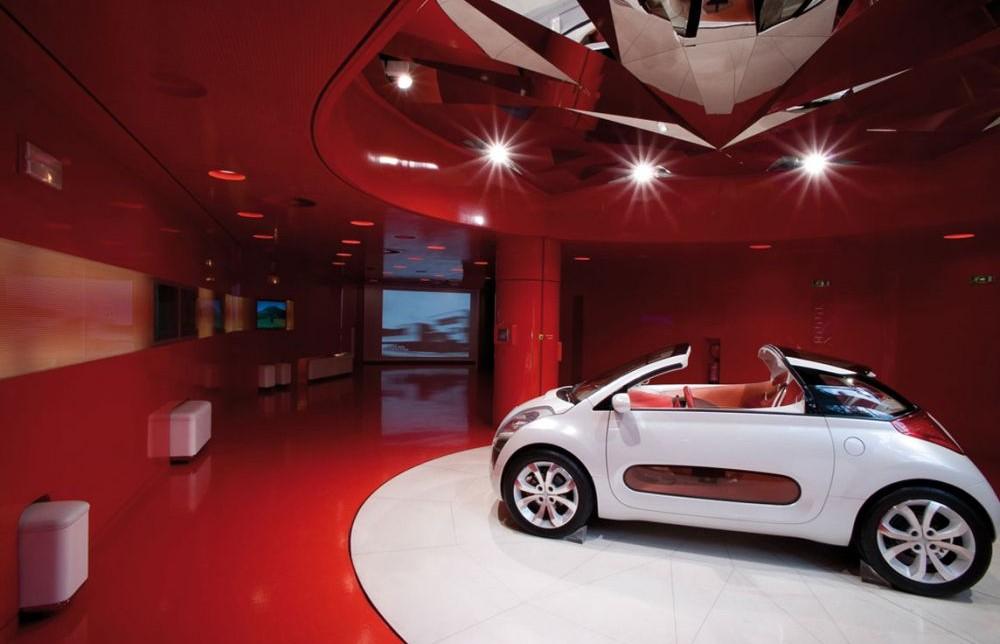 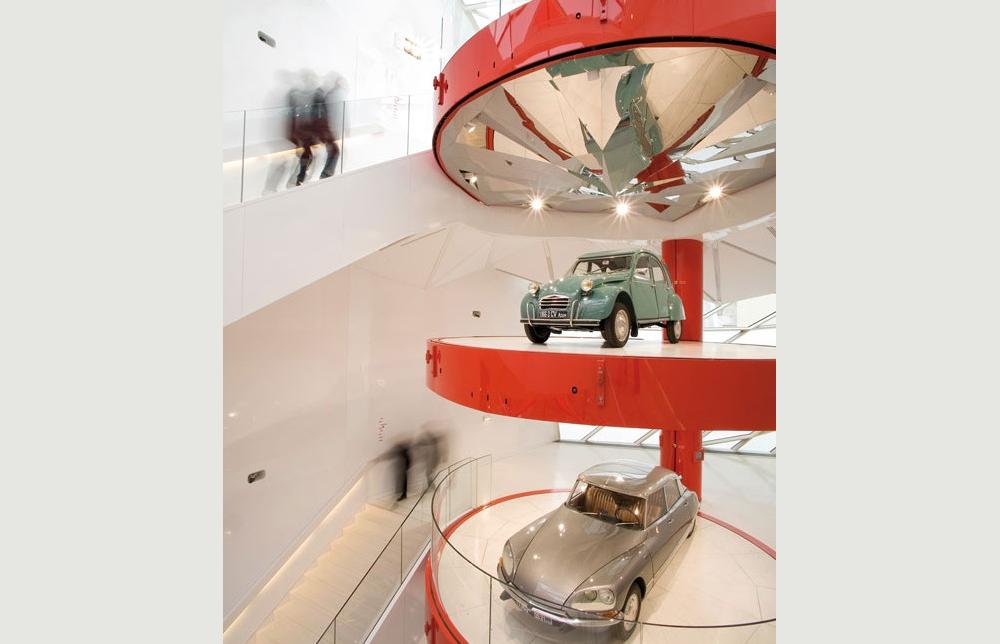 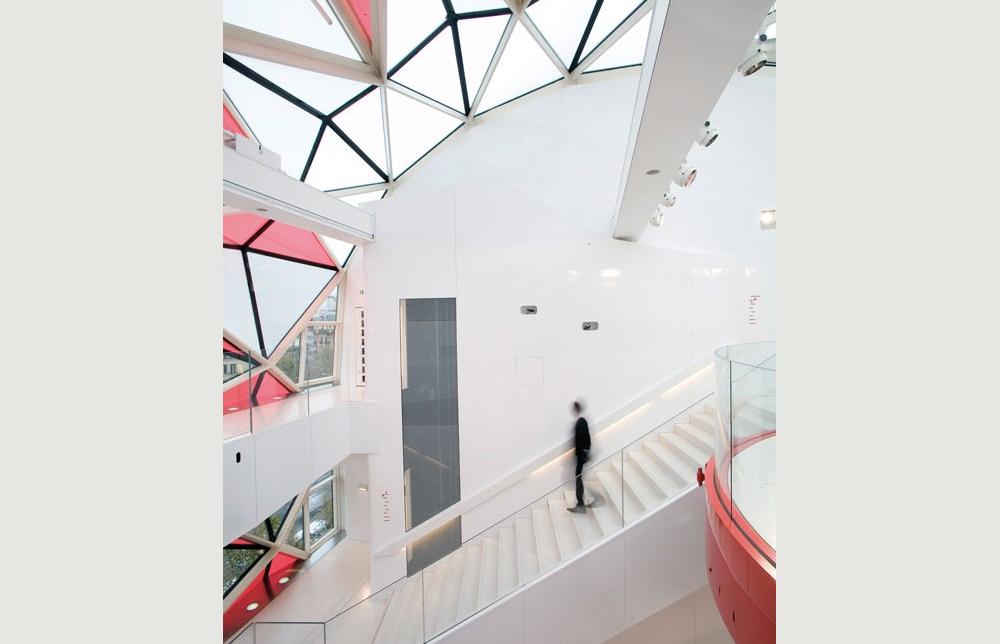 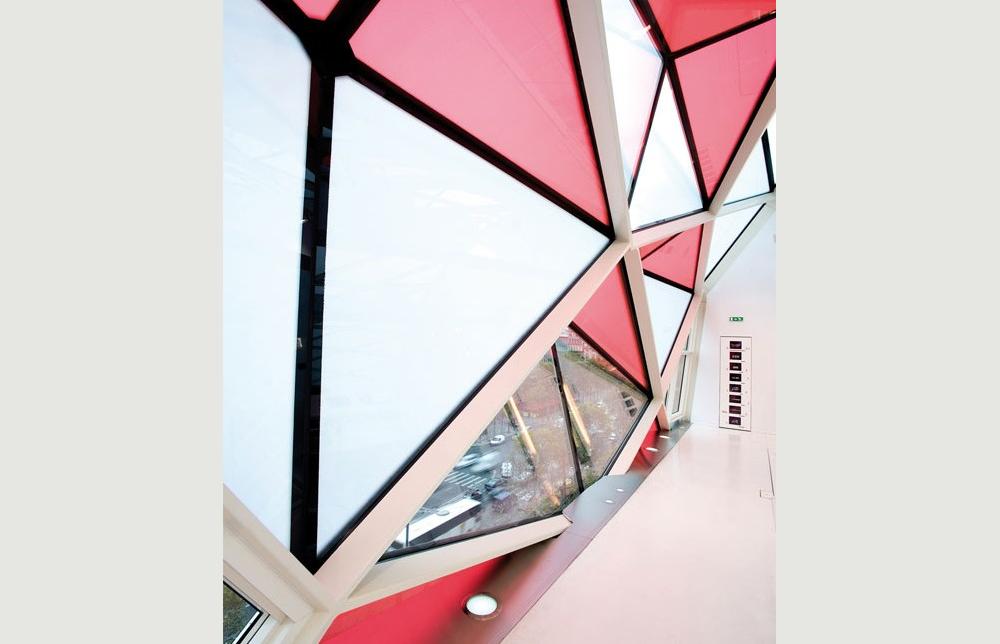 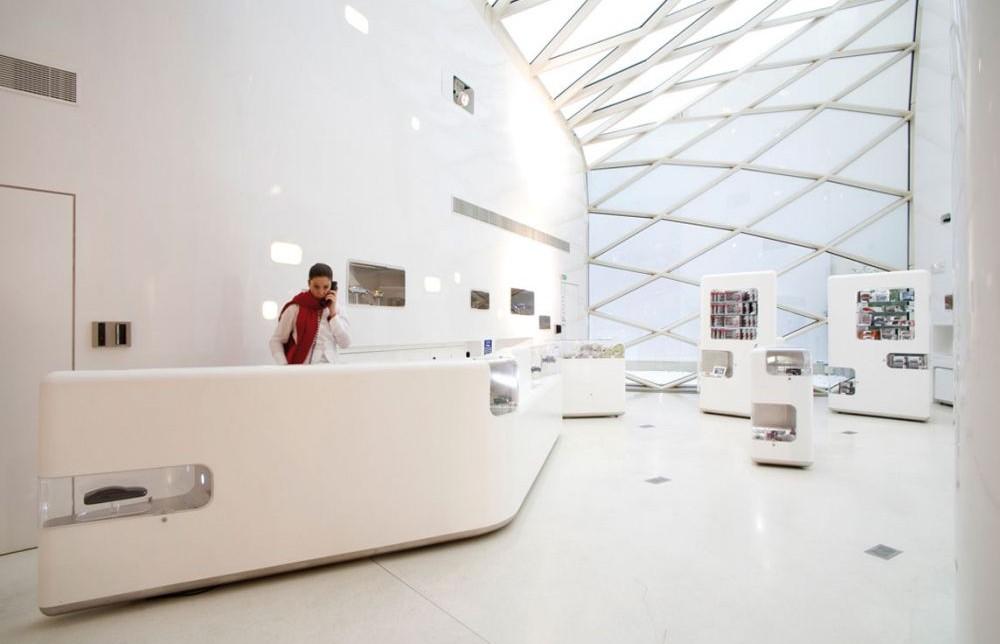 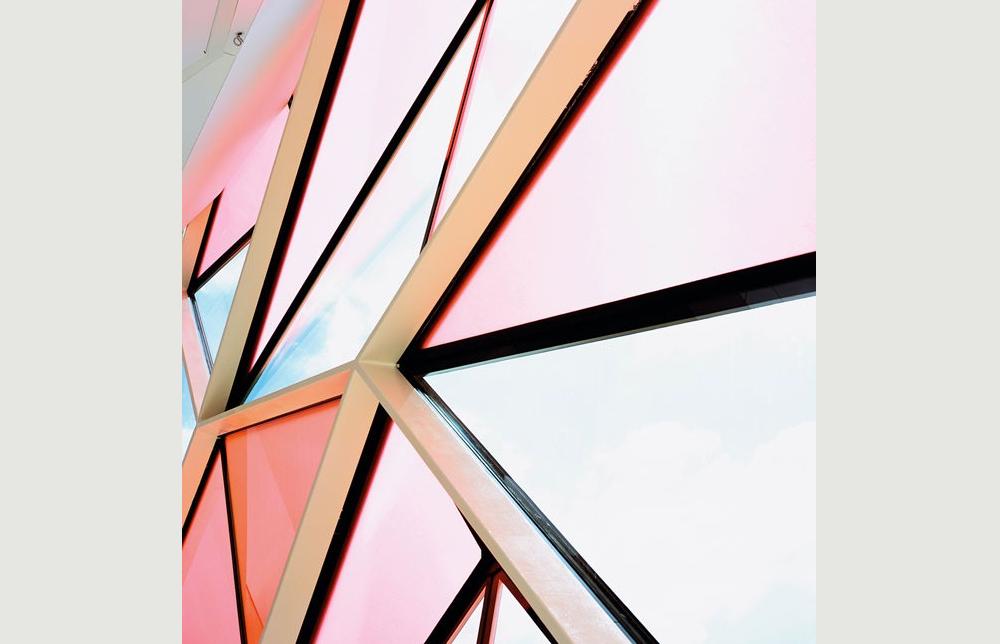 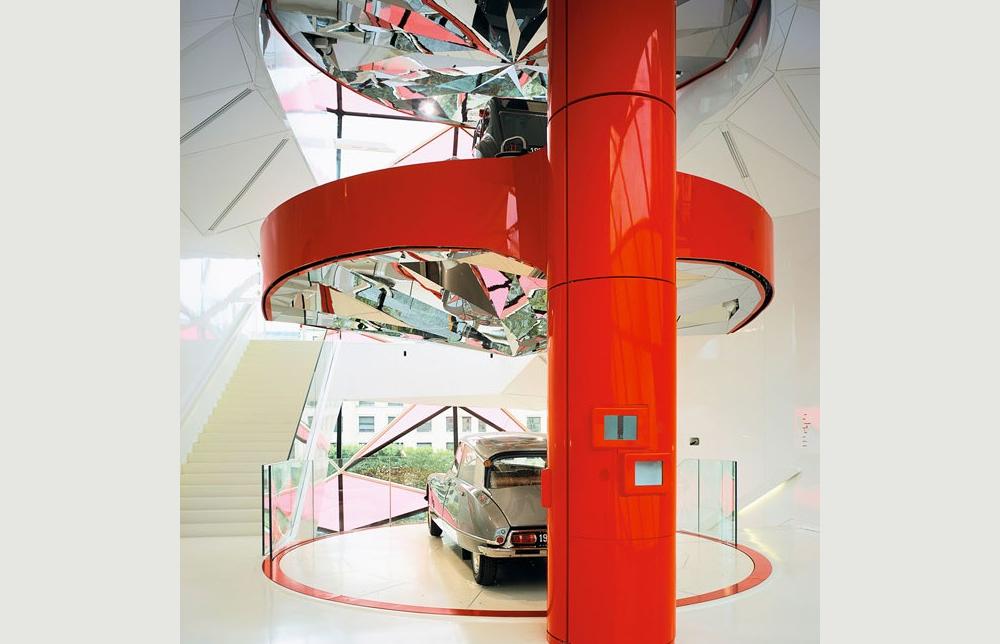 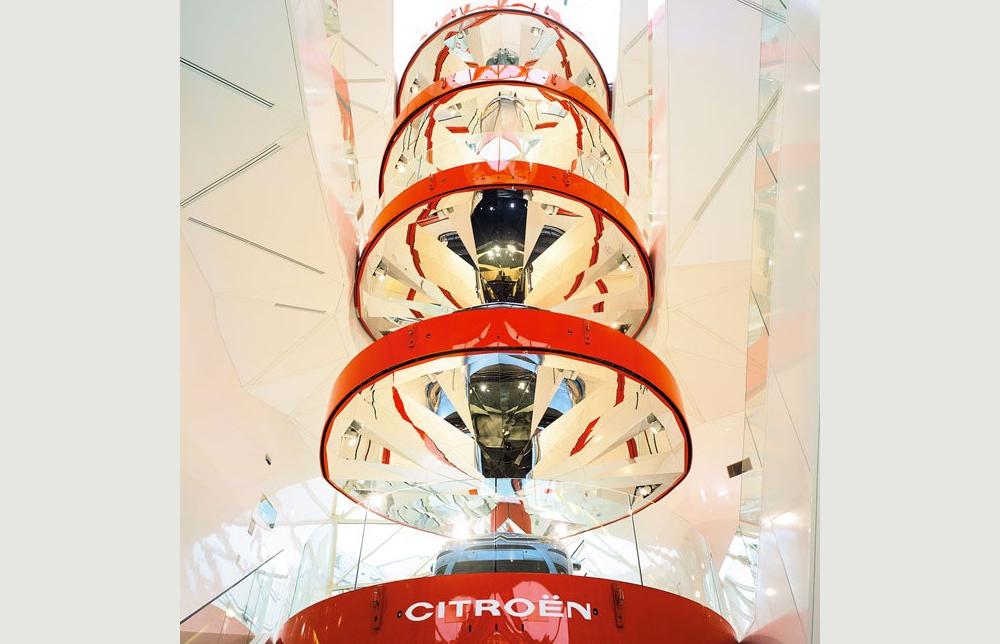 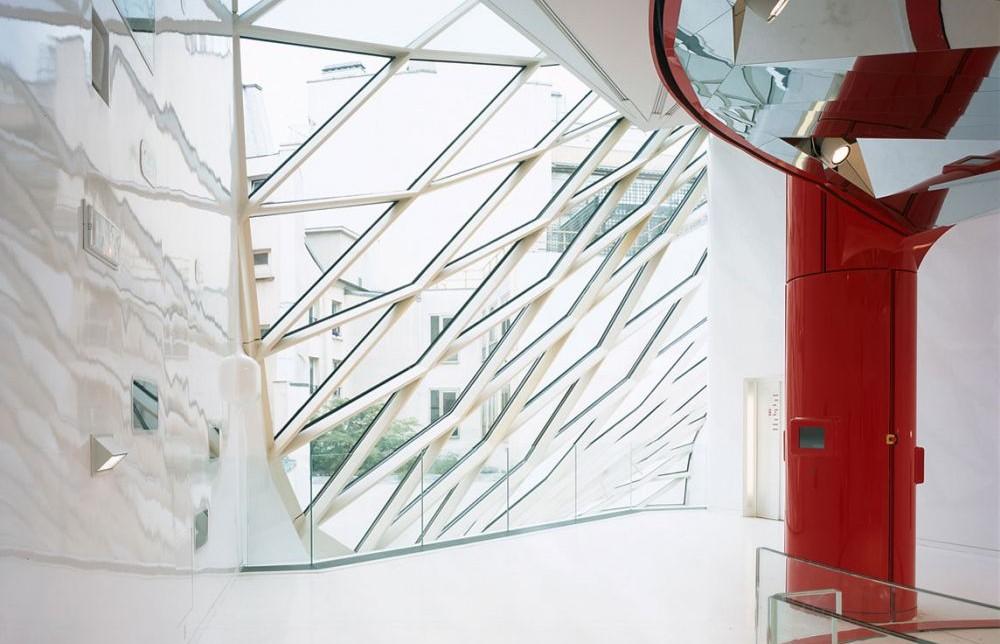 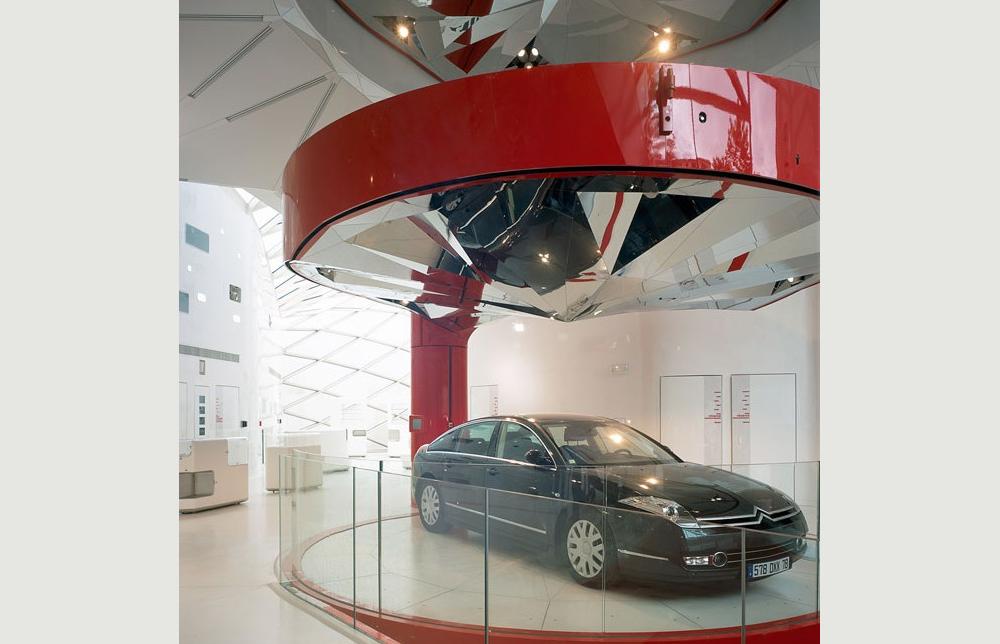 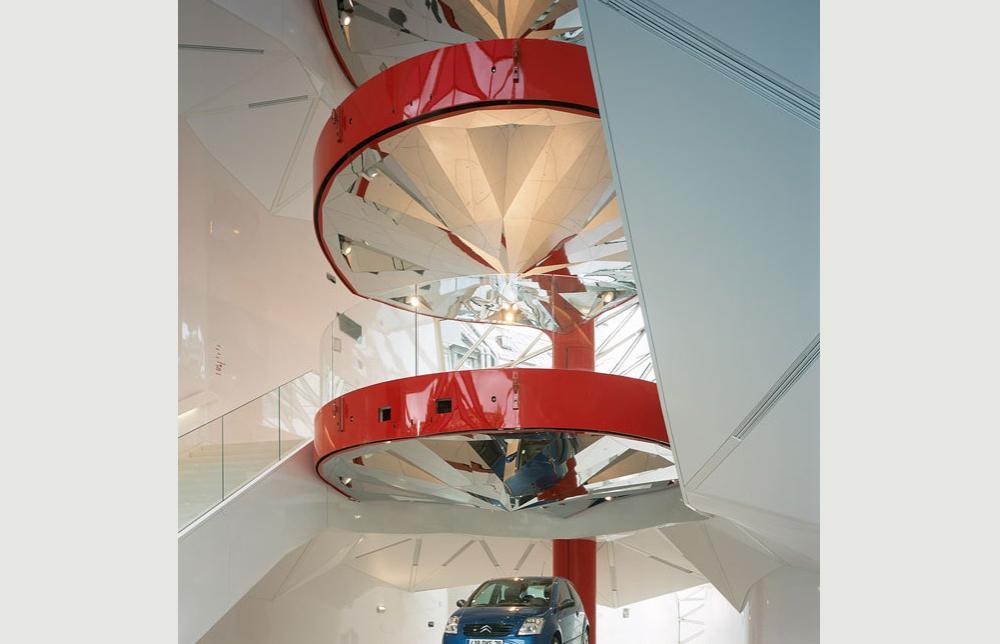 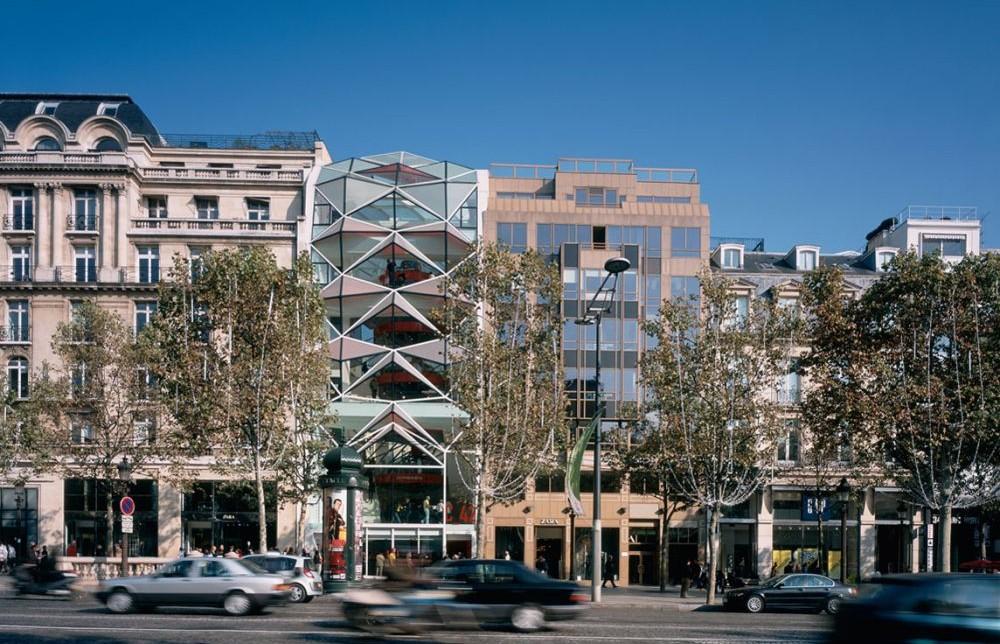 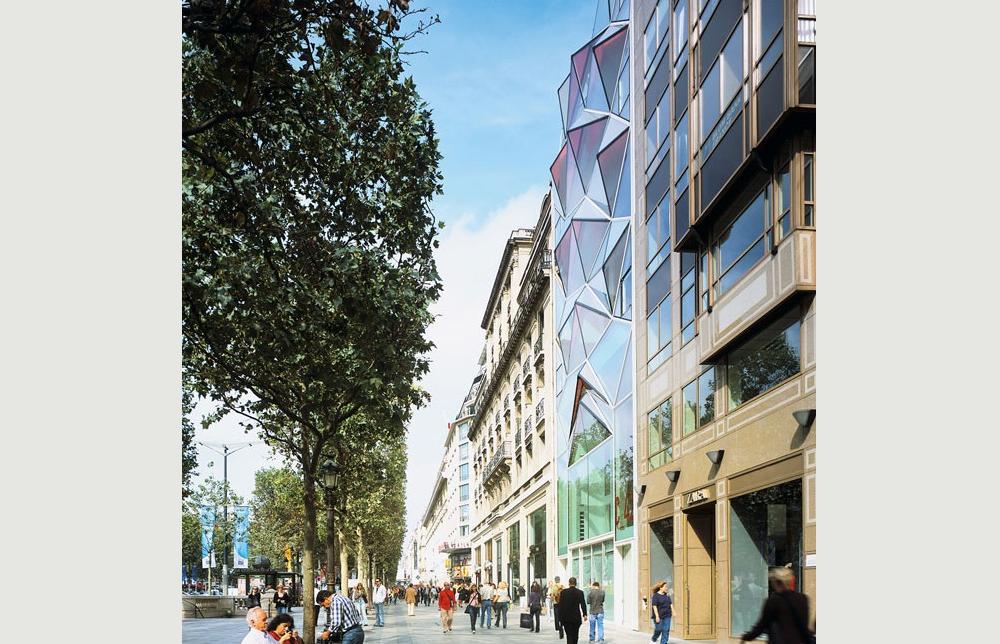 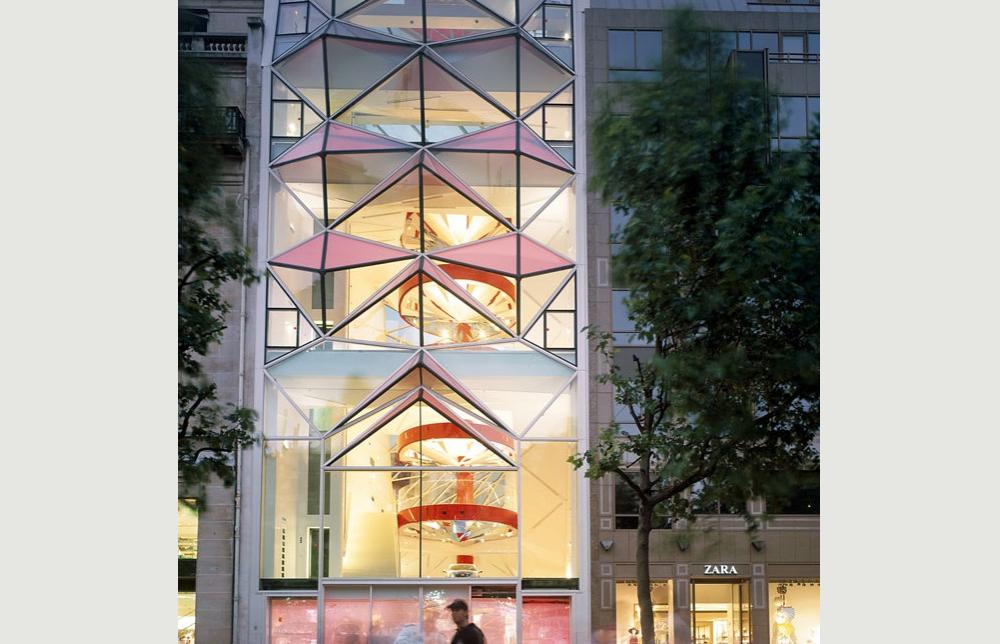 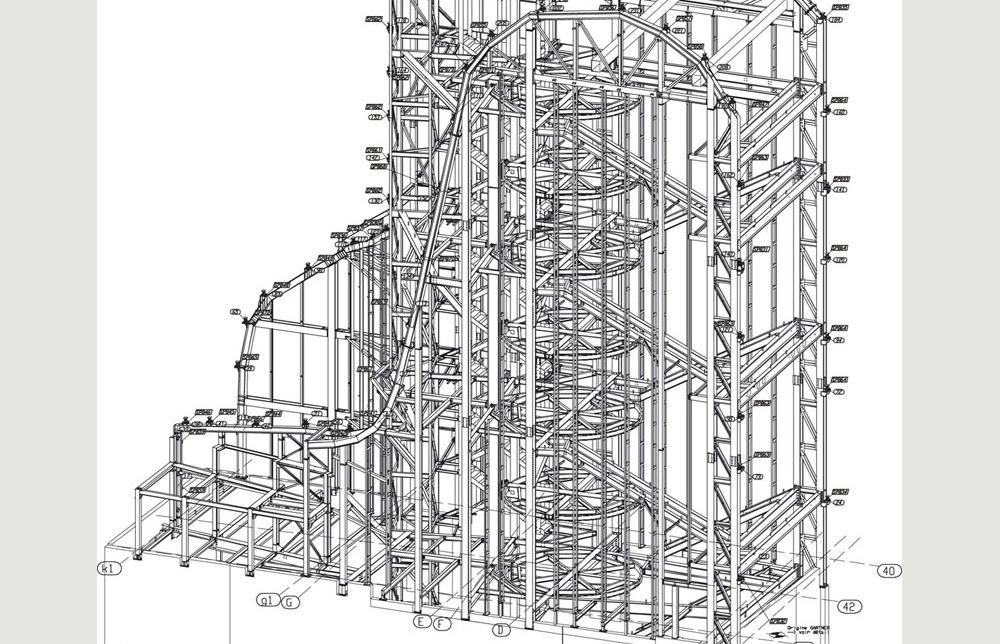 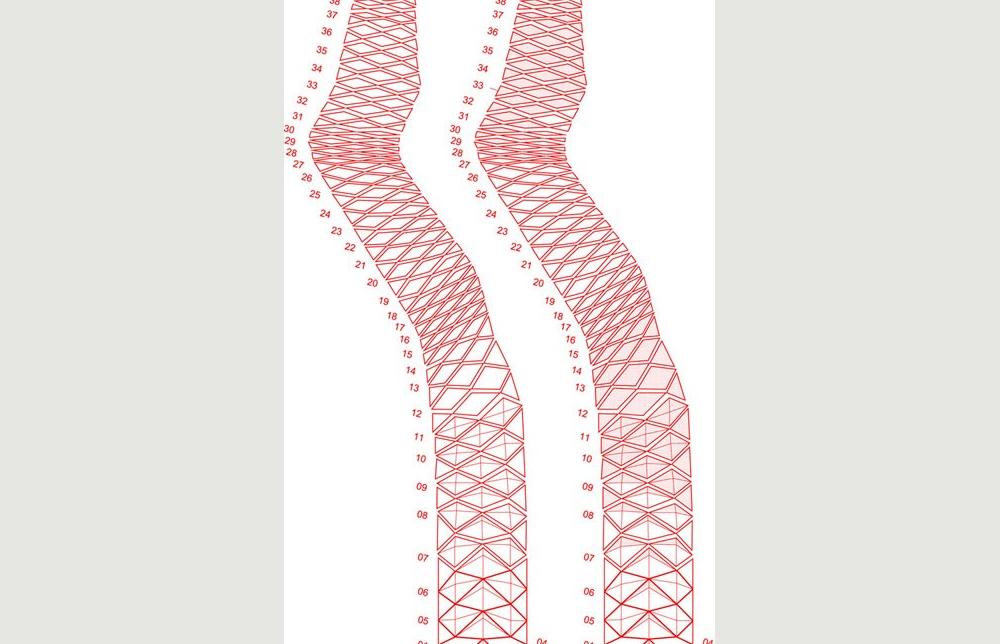 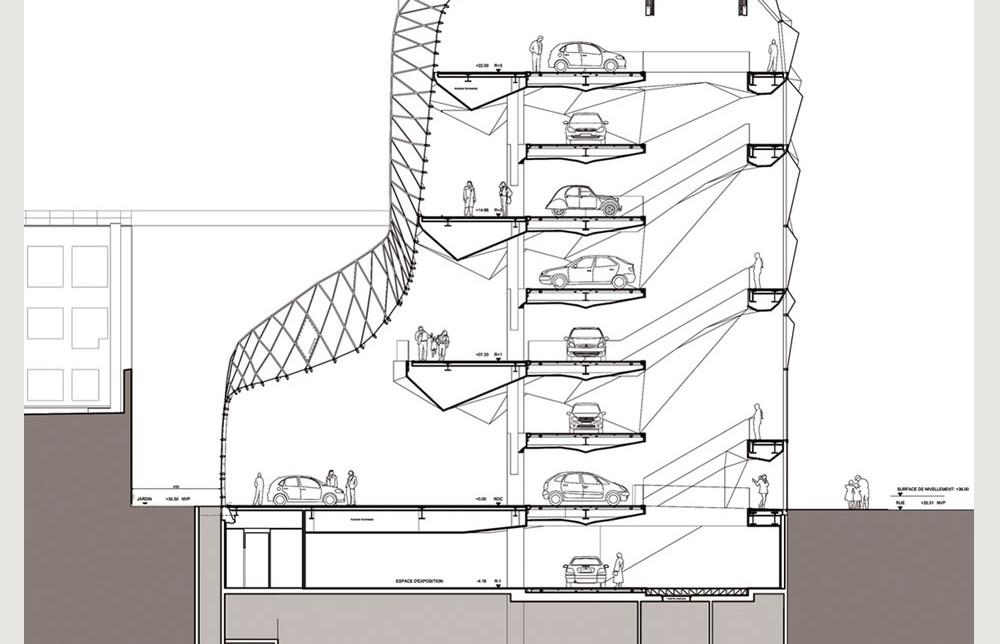 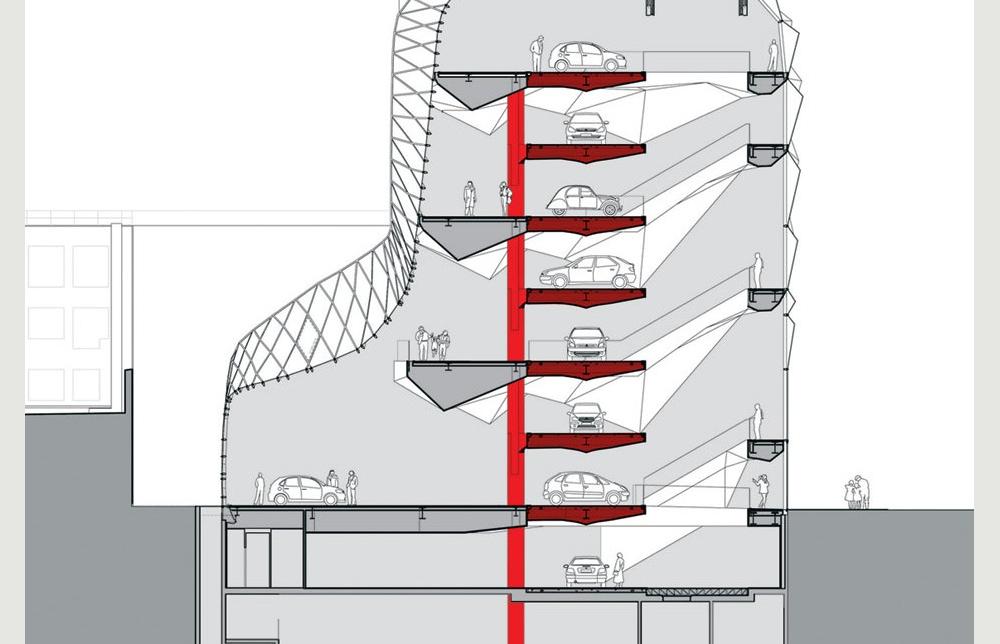 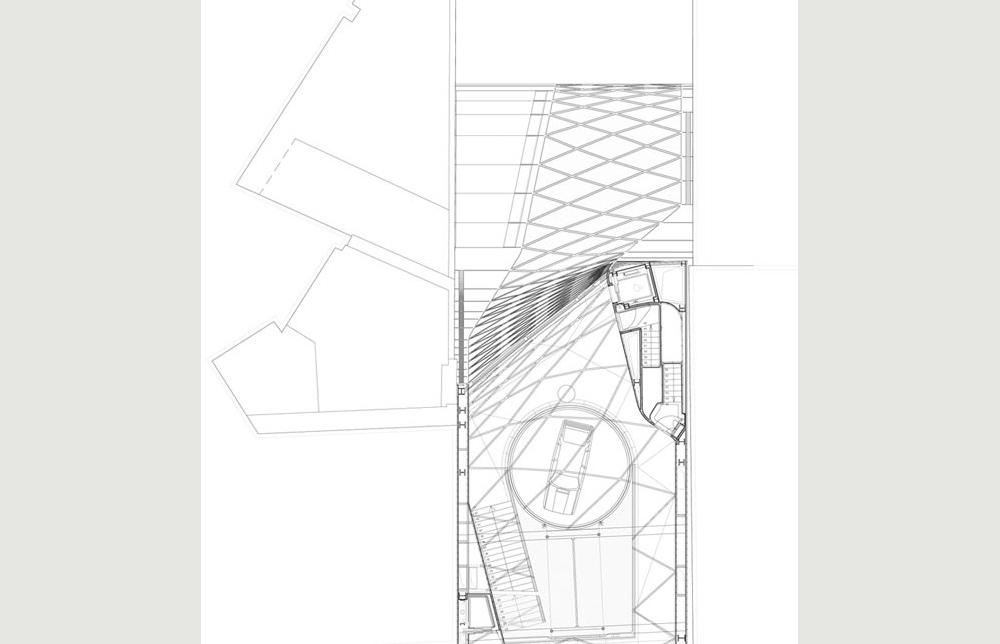 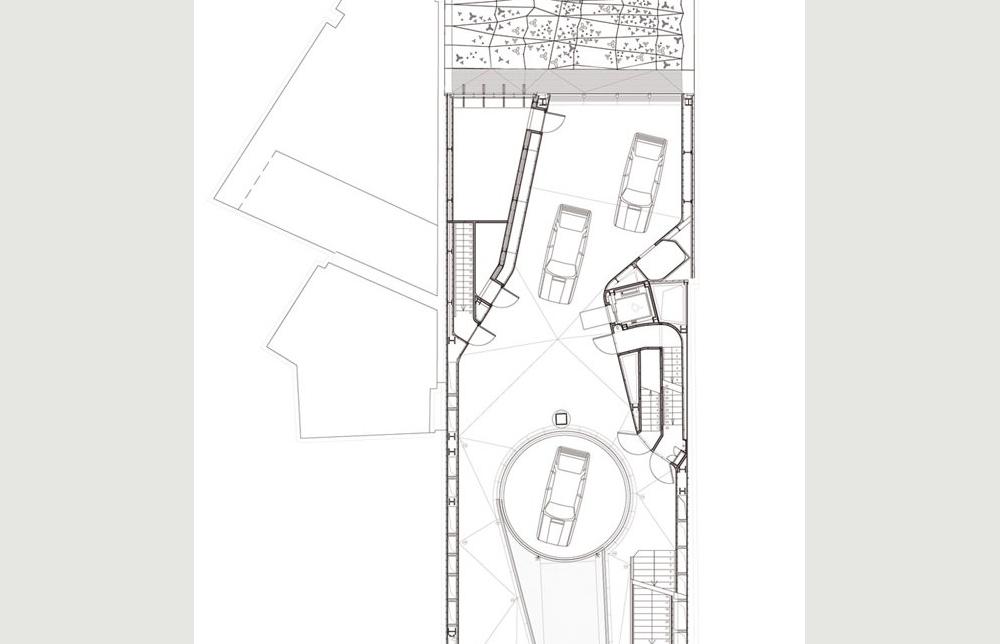 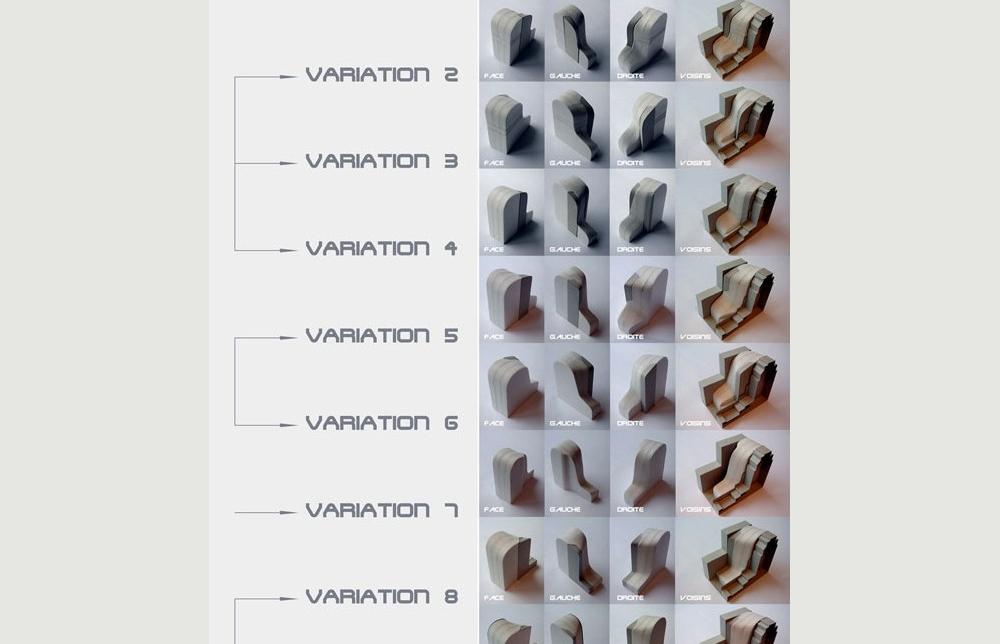 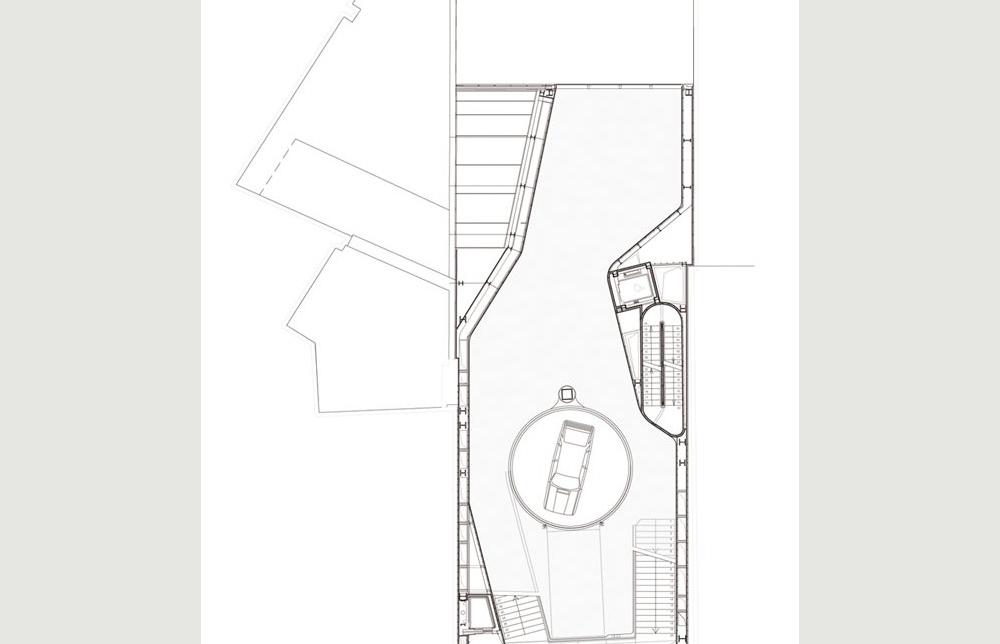 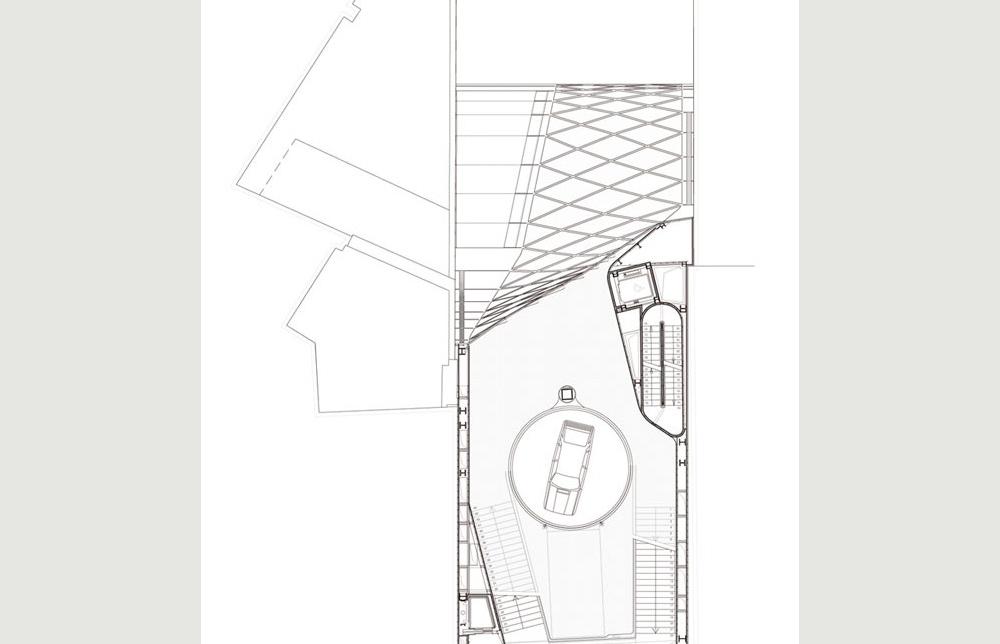 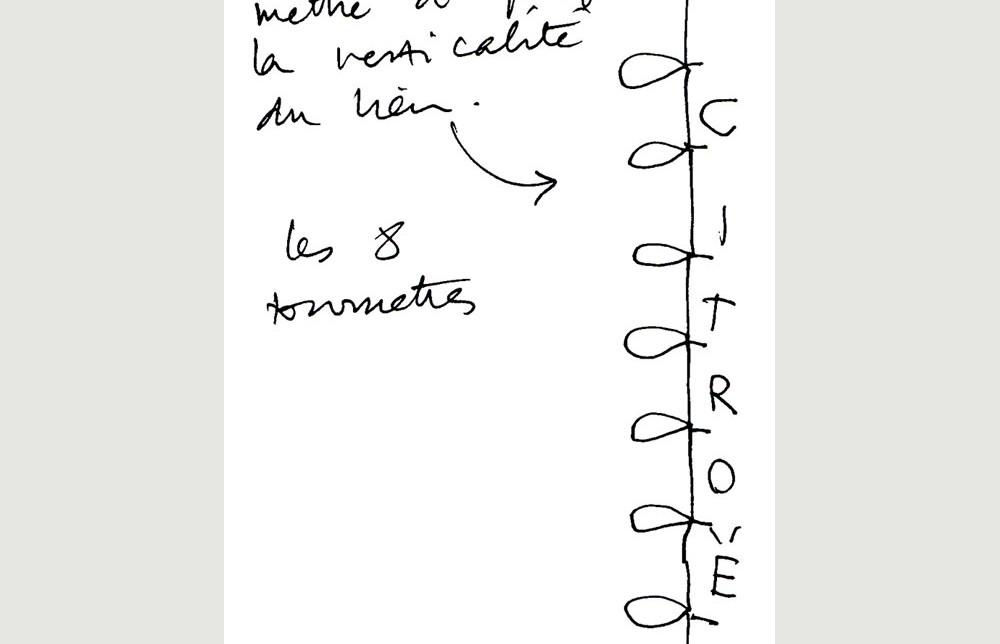 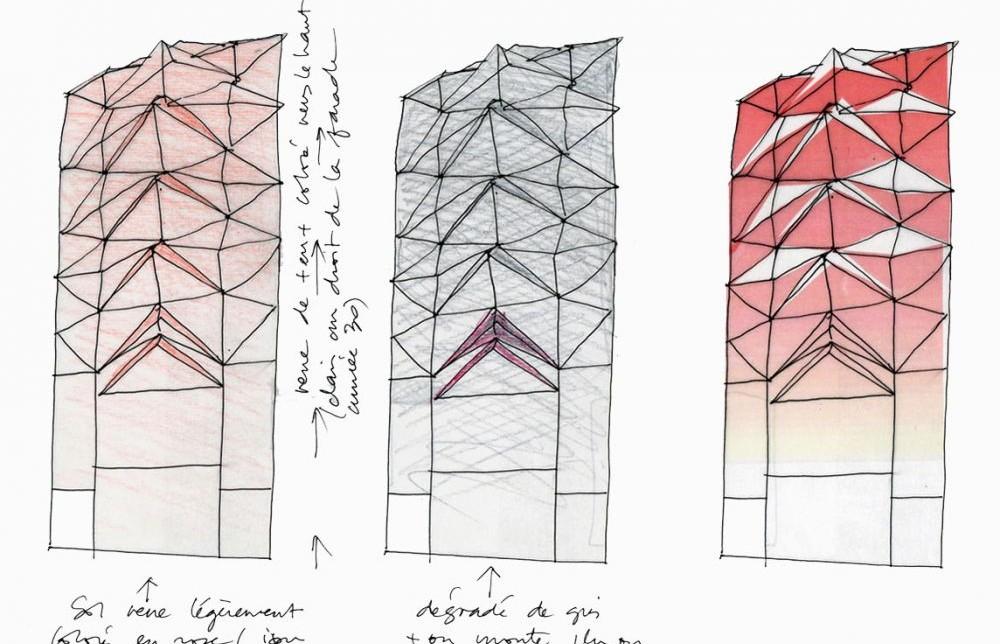 The new Citron showroom is at number 42 Champs Elyses; Citron have owned the site since Andr Citron set up shop there in the 1920s. His original showroom was beautiful, the interior was extremely theatrical, and the glass rectangle faade beautifully proportioned, very minimalist and contemporary.
On street level, the glass faade is minimalist and demonstrates a certain rigour with its flatness and use of large rectangles, but the introduction of the chevron signals the start of some much more original design, with lozenge shapes, triangles and chevrons. The higher up the building one looks, the more three-dimensional it becomes with the introduction of prisms that will bring new depths to the design. Finally, the top section of the new building is like a great glass sculpture, recalling origami in its complexity. The chevron remains present yet discreet, becoming less defined and more suggested in the overall form, and almost subliminal, in this exciting project, midway between a building and a fine art sculpture.
We originally conceived the use of red, the brands signature colour, in the glass panels but we decided it would be too bright from the outside. There were some concerns about the building not harmonising with its neighbours on the Champs Elyses, so weve created a filter that on first sight, masks the red colour from the exterior. This totally original filter, which is cleverly constructed inside the finished glass, also minimises the heat of the sun passing through, and will also create a diaphanous pearly white atmosphere inside the building. The red colour can still be seen from the inside of the building, reflecting the brands signature colours.
The main role of the building is as a place to show cars, and we wanted to express this primary aim in the form of the space itself. The shape of the building itself is inspired by the shape of a car, its not an object with a front, a roof and a rear, but something moulded with curves and fluidity, that links the front, roof and rear with a continuity that is like the form of a car itself, creating unity between the place and the product, and makes a rich and complex interior.
To display the cars themselves, attached to a central mast are eight circular platforms each of which takes a car. The platforms are six metres in diameter, and each one turns to show off the car on all sides and has a mirrored base to reflect the car below. Around the display, the public is led by a series of staircases and walkways that spiral past the cars. We tried to create something like a museum or a cultural building, a space which would encourage people to spend time there. There is a panoramic lift to take people to the top of the building, and they are able to enjoy an exceptional view of both Paris and the sky.