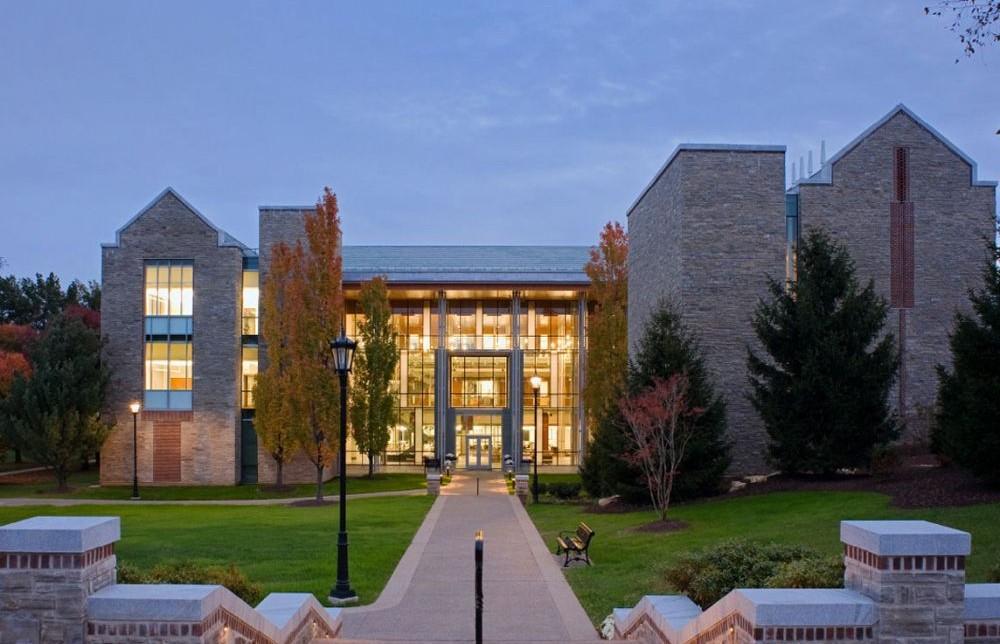 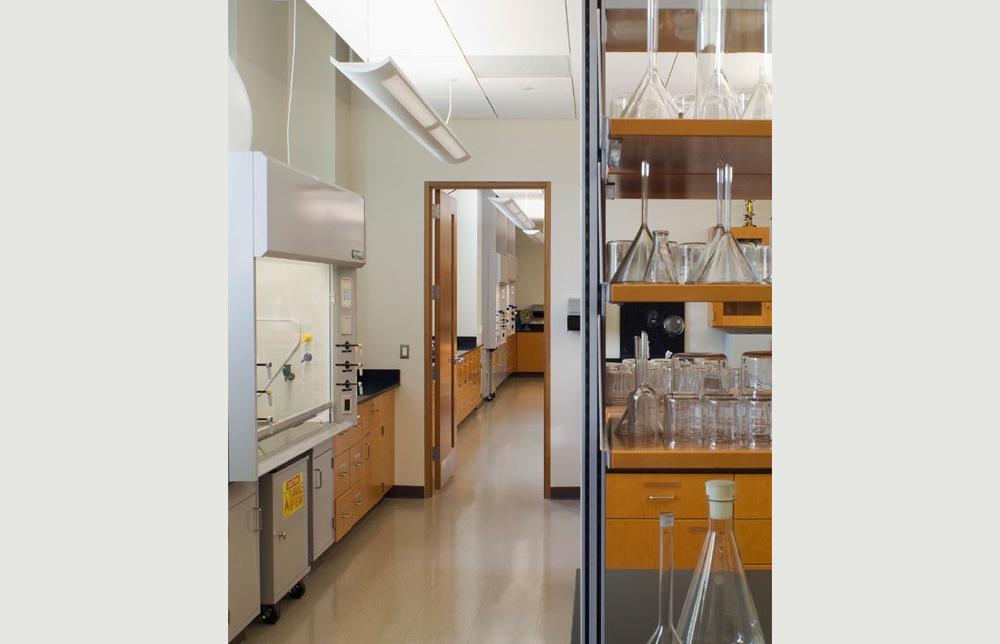 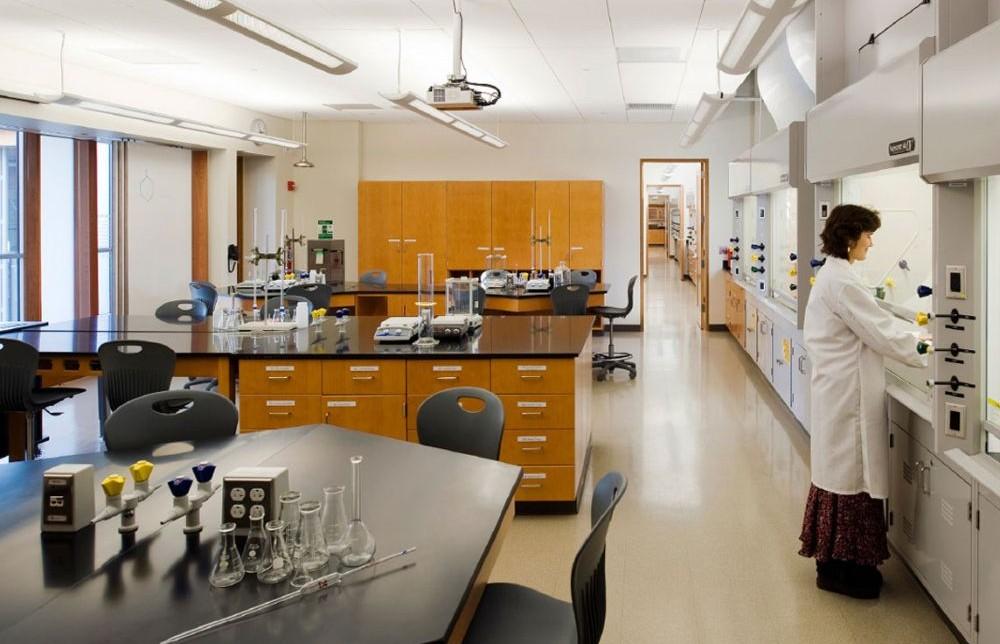 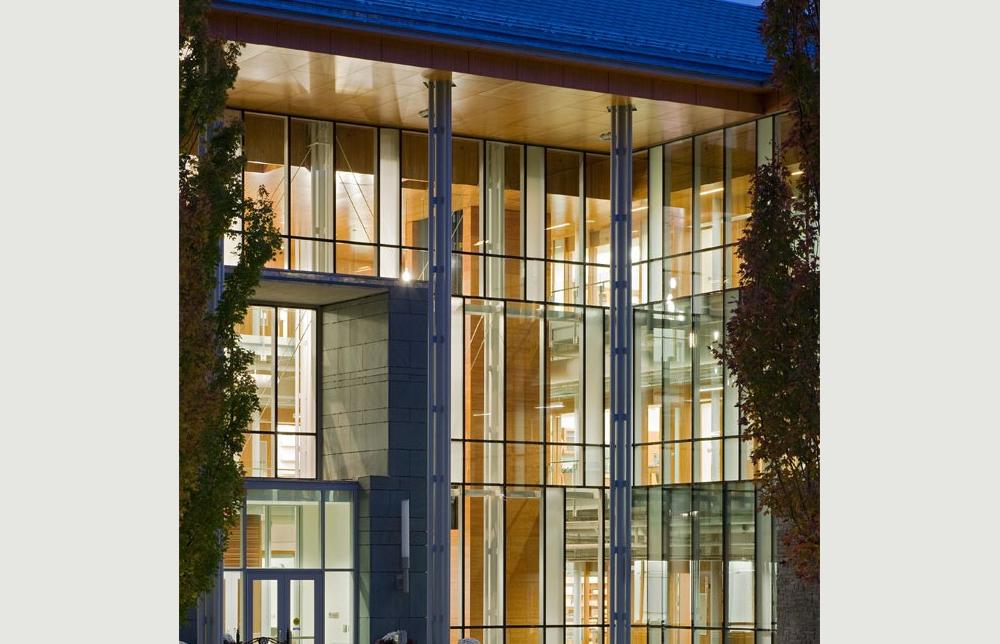 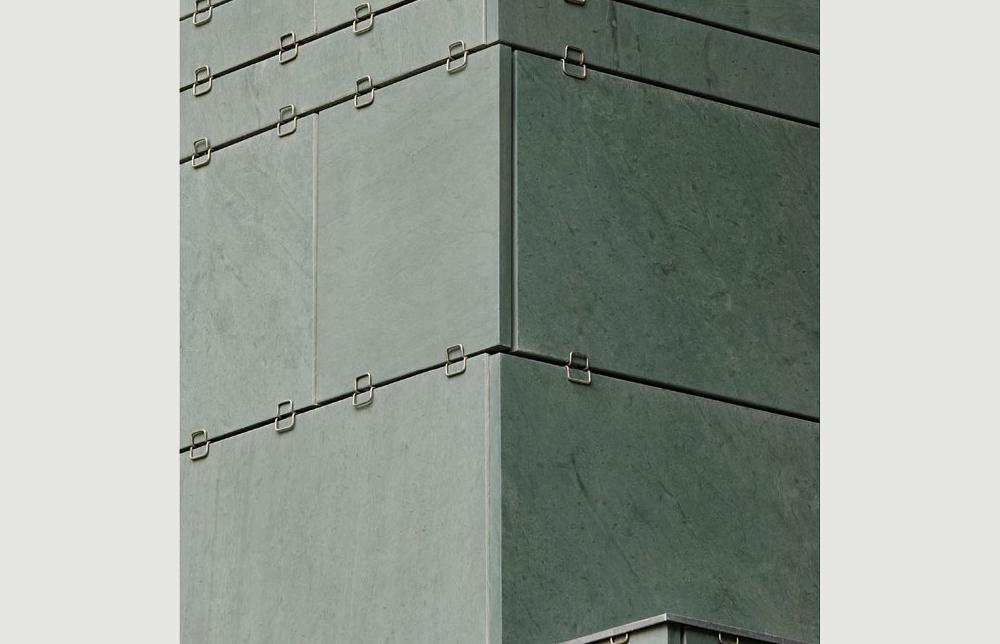 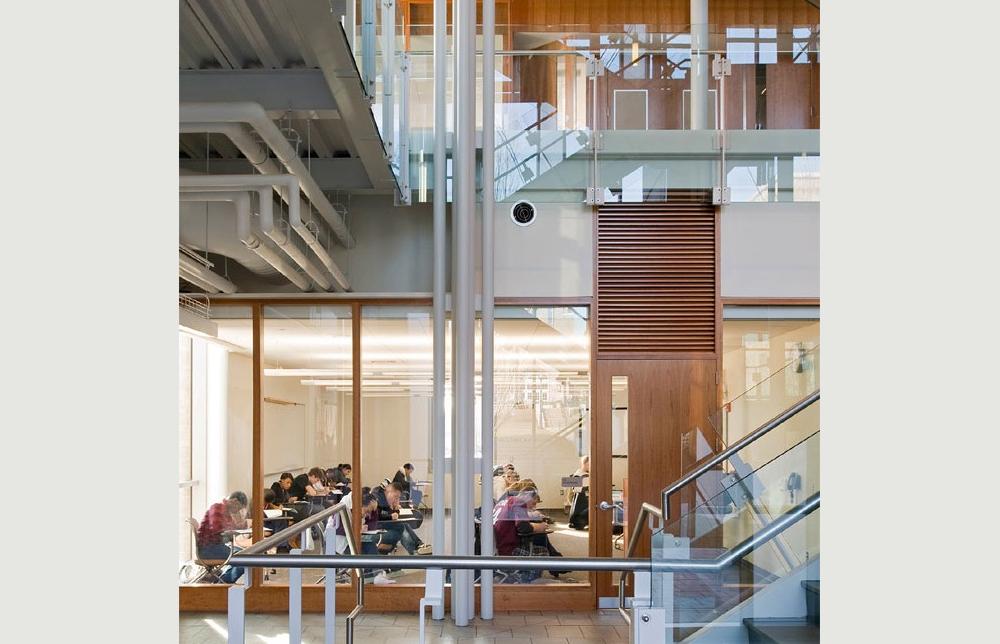 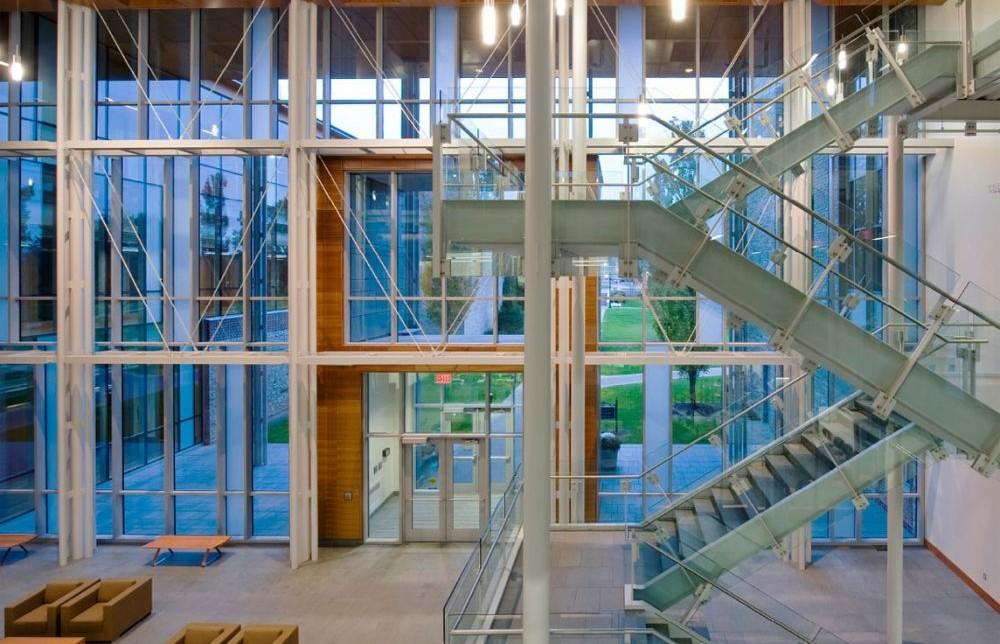 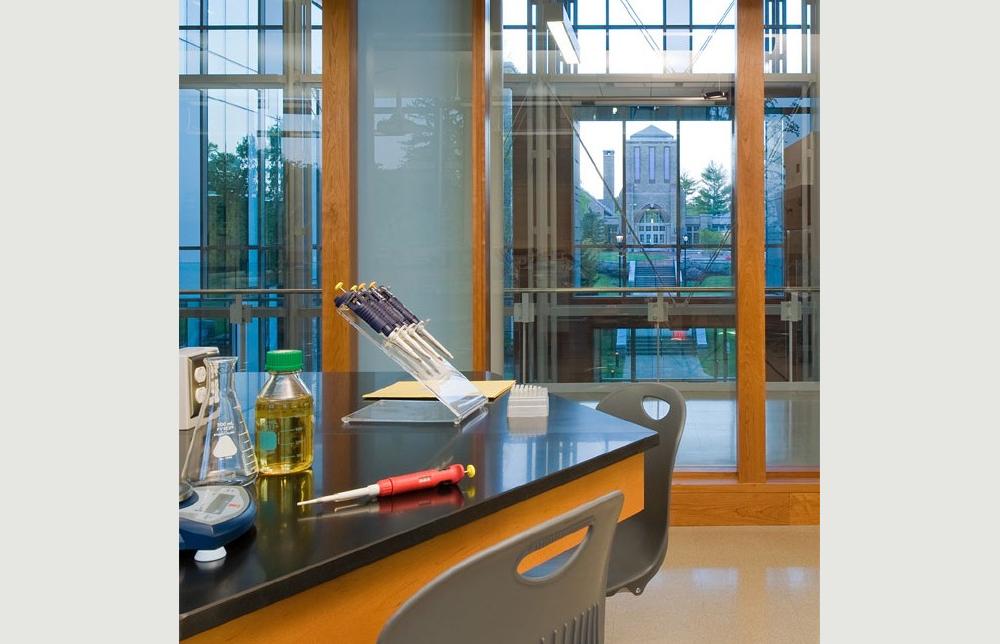 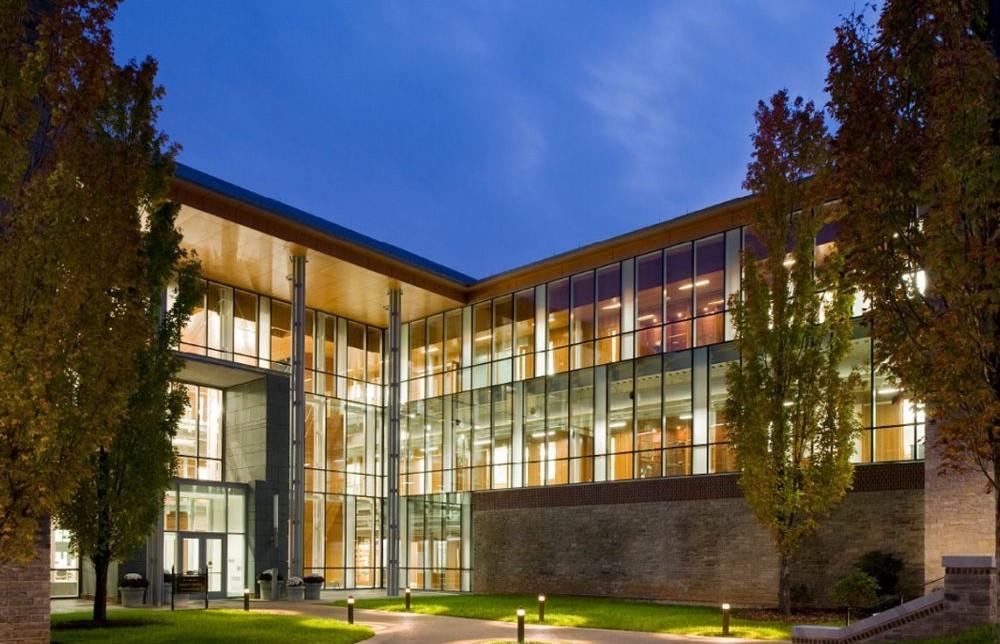 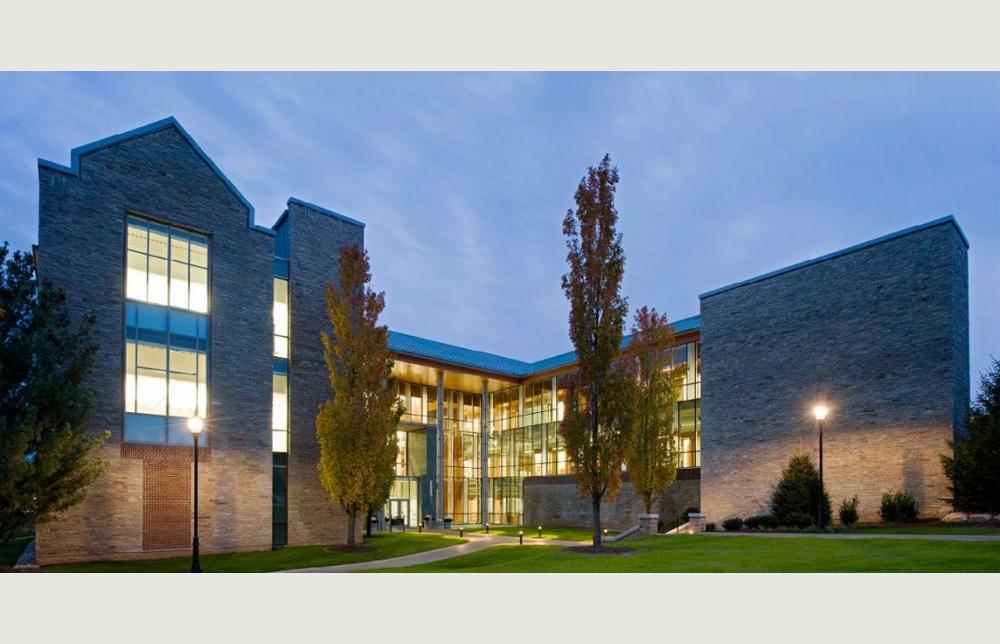 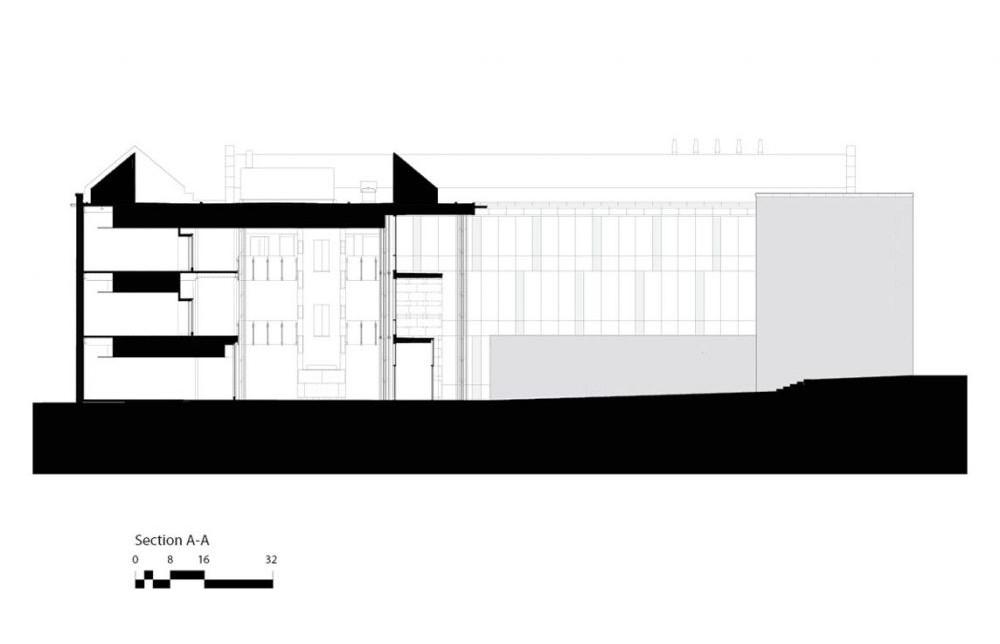 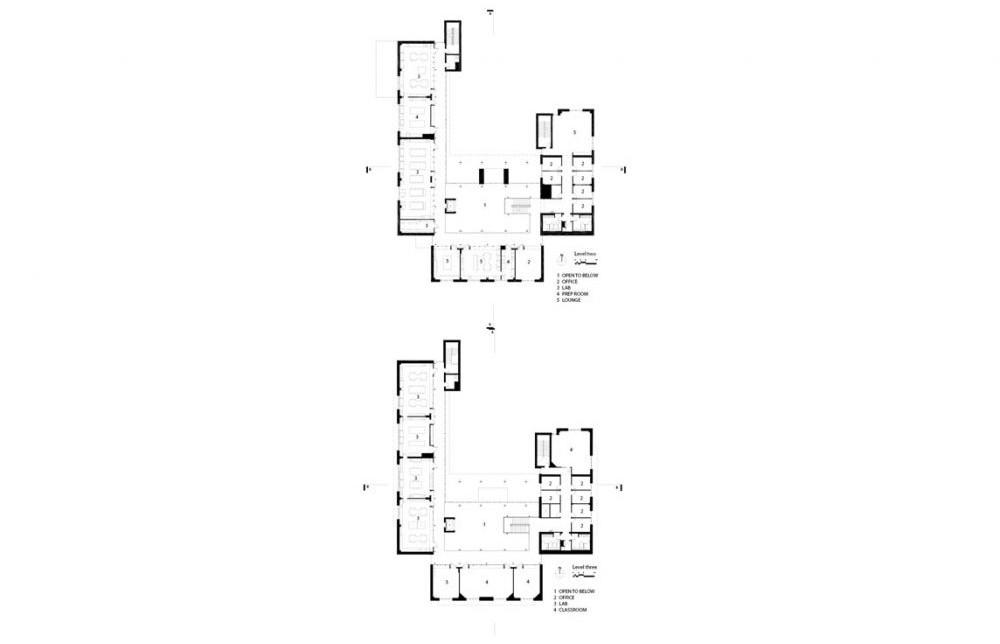 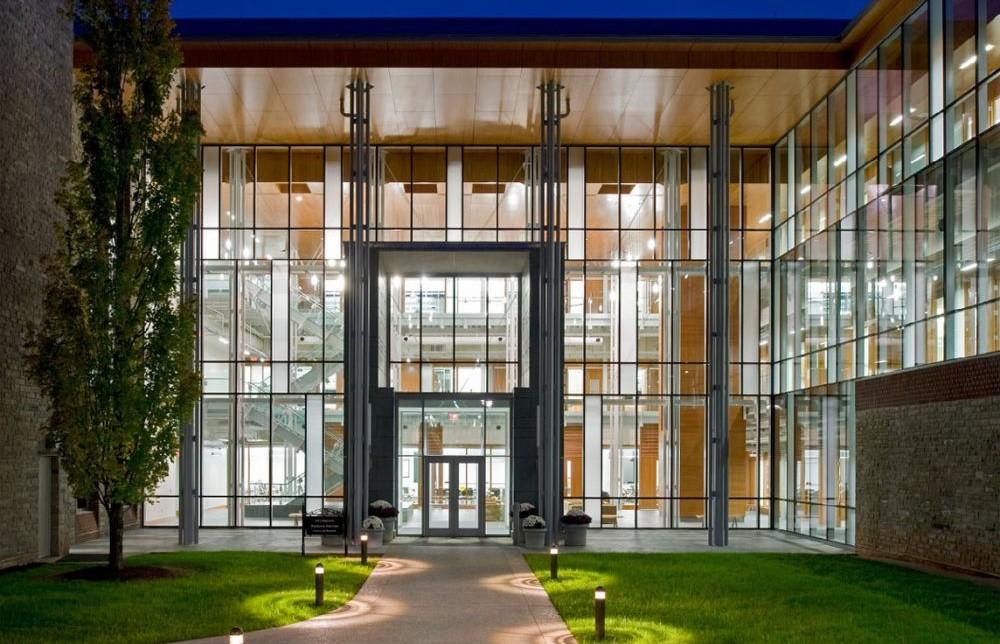 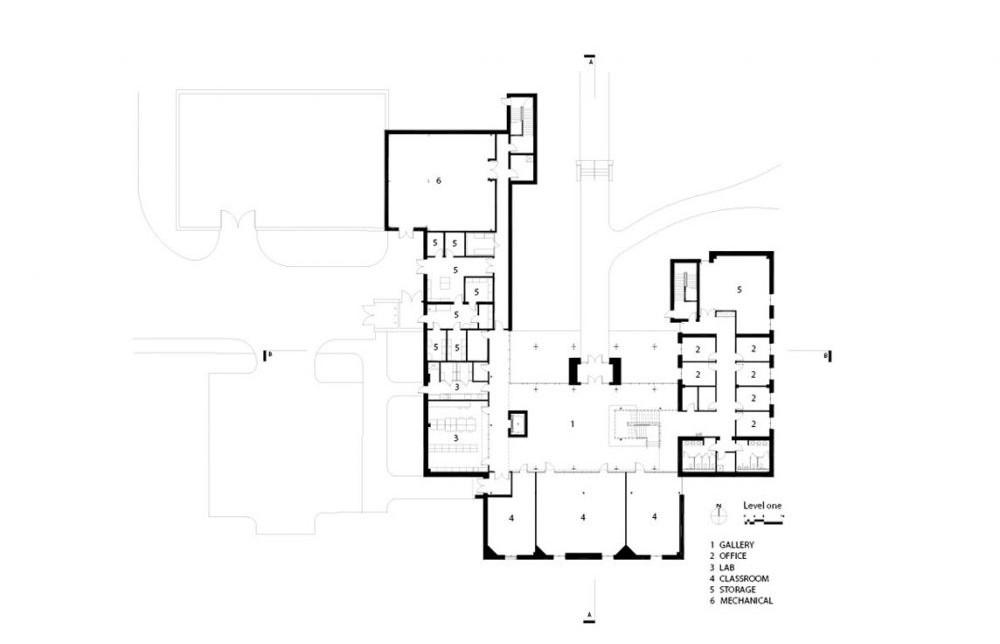 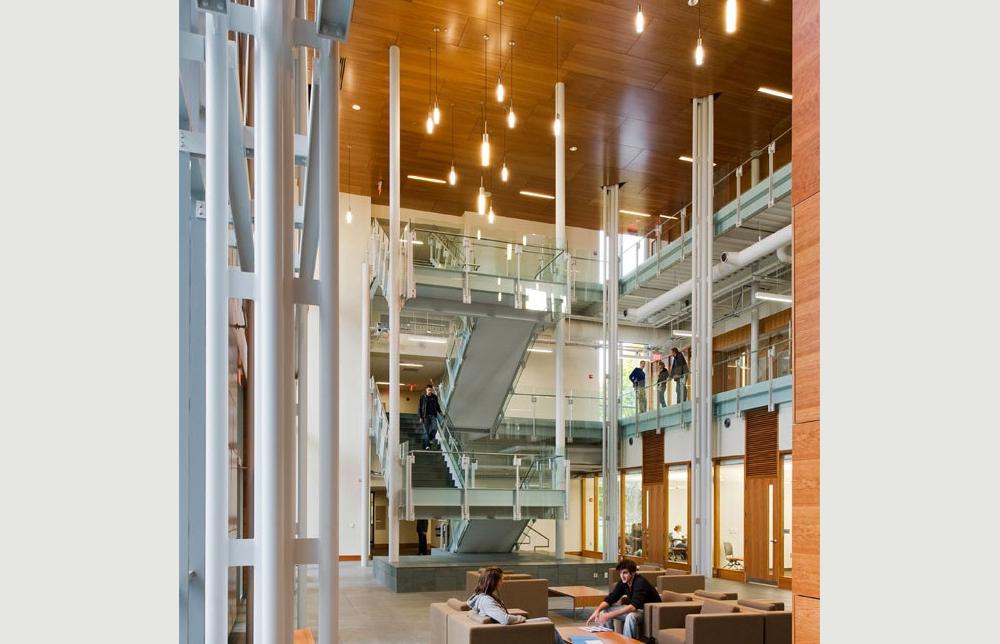 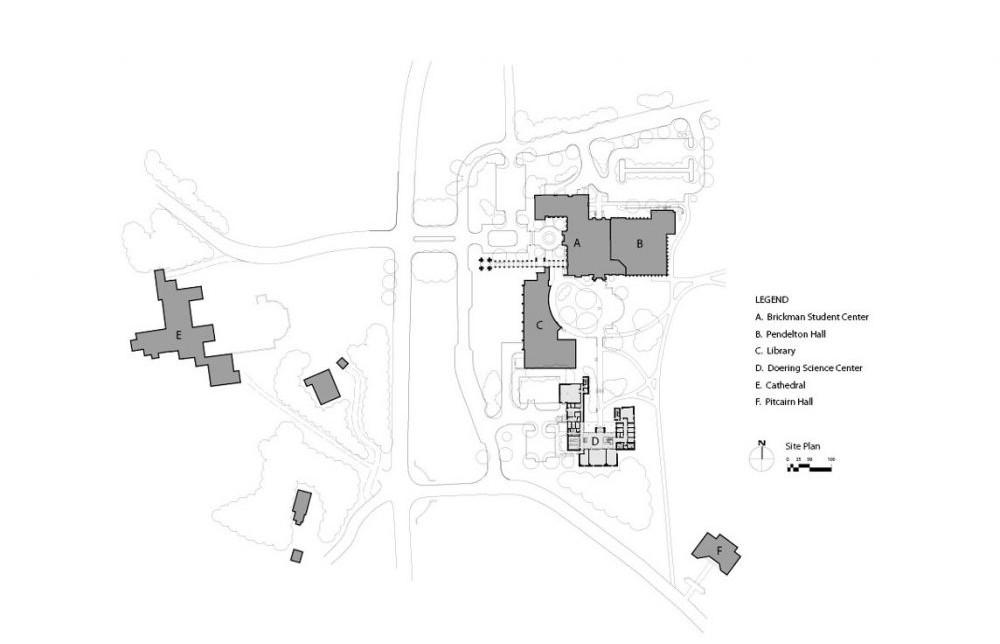 The Grant R. Doering Center is a three-story, 39,000 SF facility supporting the departments of Biology, Chemistry, Physics, and Environmental Sciences at Bryn Athyn College. The college, closely affiliated with the Church of the New Jerusalem, strives to be an intellectual center for all who desire to pursue a higher education in the liberal arts and sciences, enriched and structured by the Old and New Testaments and the Writings of the founder of the New Church Emanuel Swedenborg, The institution is nestled within the small town of Bryn Athyn Pennsylvania, home to architectural masterpieces including Bryn Athyn Cathedral and historic mansions Glencairn and Cairnwood, all of which have close physical and historical ties to the college. Understanding that the science building was to be a manifestation of this mission, the architects approach was to look to these architectural precedents and ensure that the building reflected the broader values of the Church of the New Jerusalem.

The Doering Center is carefully sited in an axial relationship with the new student center also designed by the architect with visual connectivity to the Cathedral. Exterior masonry and glass faade respect the proportions and scale of the existing campus buildings while the stone and brick details draw from the rich architectural history of the college and also the architectural vernacular of the early 20th Century Philadelphia suburbs in which the campus is located. In fact, the stone used in the building was sourced from the same regional quarry as the stone used in the Cathedral.

However, the inspiration for the science buildings design came from the natural world in the form of the geode, a rock formation characterized by a rough stone exterior and crystalline interior. The buildings floorplan is organized in a U shape with east and west wings wrapping around and enclosing a courtyard and entry plaza on the north side. The east, south, and west facades are composed of rubble stone with brick detailing. On the north side, embraced by the east and west wings, the faade is a glass curtain wall that draws one into the building with dynamic views of the activities within.

The glazed wall is punctuated by a slate-clad vestibule, a transition point between outside and inside. The slate used here echoes the slate used on the roof and is then in turn echoed by the slate used on the first floor of the building. At the vestibule, the irregular coursing of the stone evokes the stonework of Bryn Athyn Cathedral. The slate rain screen is attached using a mortarless spring and clip system, an economical technique that demonstrates how a traditional building material such as slate can be truly timeless in application. This system is exposed and expressed as are many others in the building including the elevator mechanics and plumbing valves and piping a design decision that allows one to see how the building is made and functions. The strategy has the added benefit of providing easy access for maintenance staff and reducing operational costs.

After passing through the vestibule one enters a three-story atrium that is the heart of the Center. Here, the transparency that one experiences from outside continues inside, reversing the common interior/exterior connection exploited with transparent strategies. The atrium and central vertical stair, with their transparent glazing, physically and visually connect all three floors of the building. The atrium and stair are solid and shimmering dynamically reflecting light and activity as the sun and students move through the space. The interior wood finishes add warmth, an effect that becomes particularly apparent at night when the building is illuminated from within.

The glass walls of the atrium provide views into the offices, classrooms, and laboratories. These program spaces are thoughtfully organized along a single-loaded hallway so that occupants have direct views not only into the daylight filled atrium but also through it to the natural world beyond the buildings walls. Fume hoods are purposefully located along the interior common walls to preserve views out and maintain the transparency. Even the placing of the chemical prep rooms, a difficult program element due to the functional nature of the space, is transformed into an opportunity by being strategically located between two labs. When privacy or darkness as opposed to transparency is desired, cherry wood-clad whiteboards can slide over the glass, a functional element that makes for a dynamic, ever-changing view inside and out.