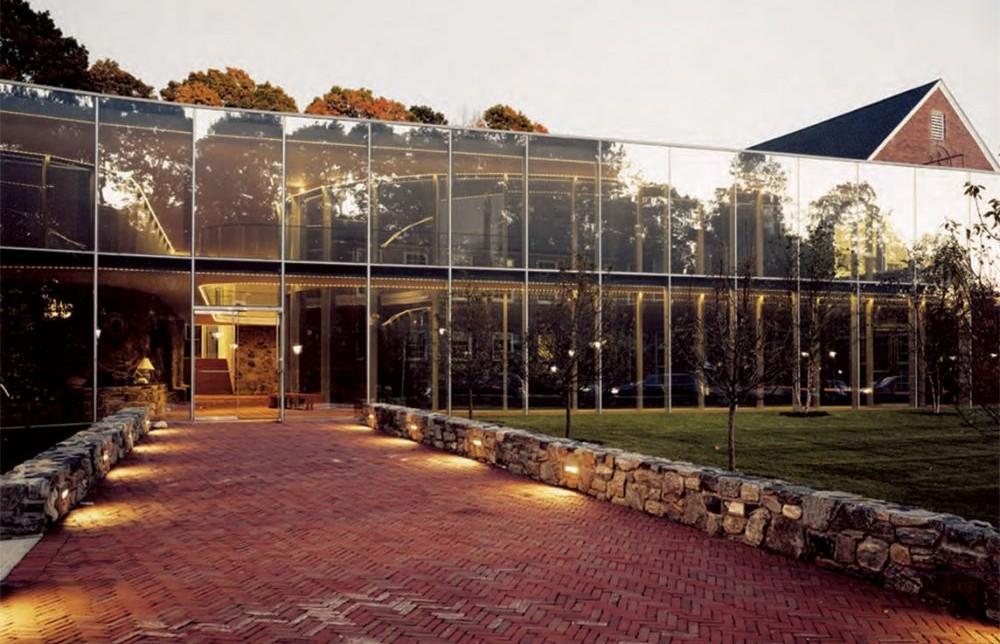 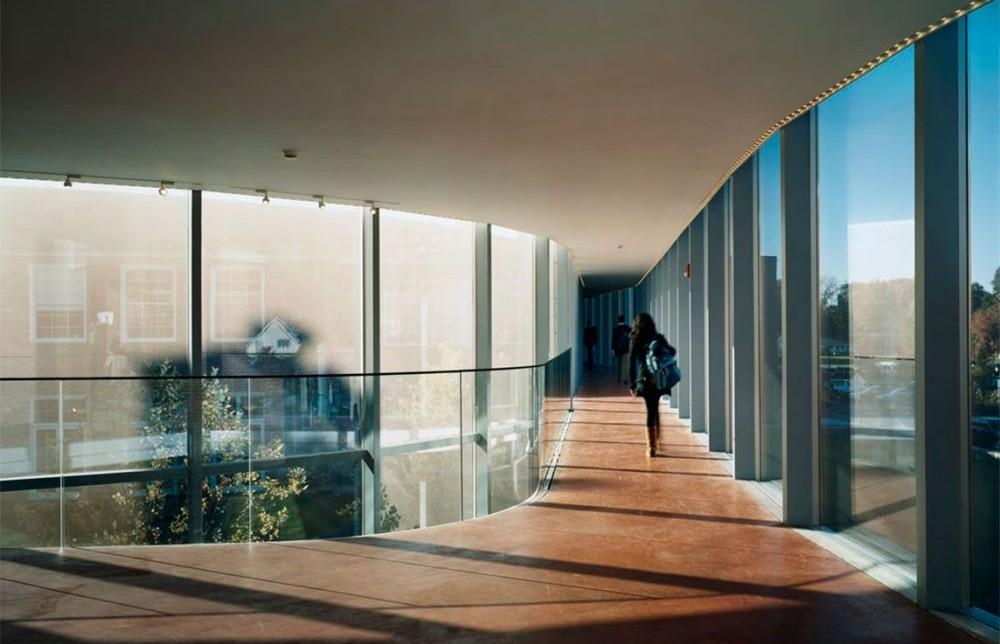 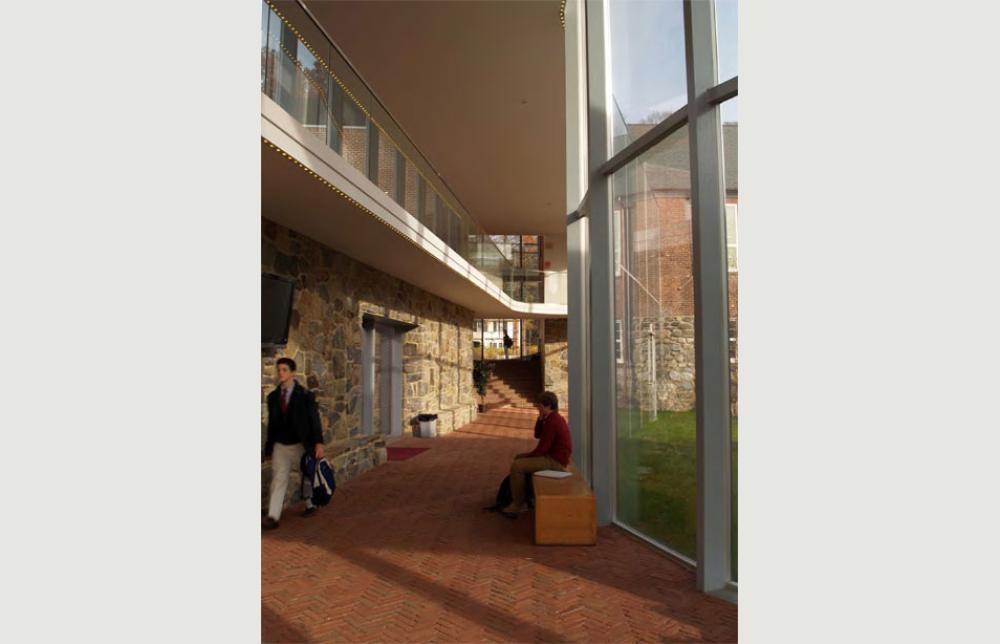 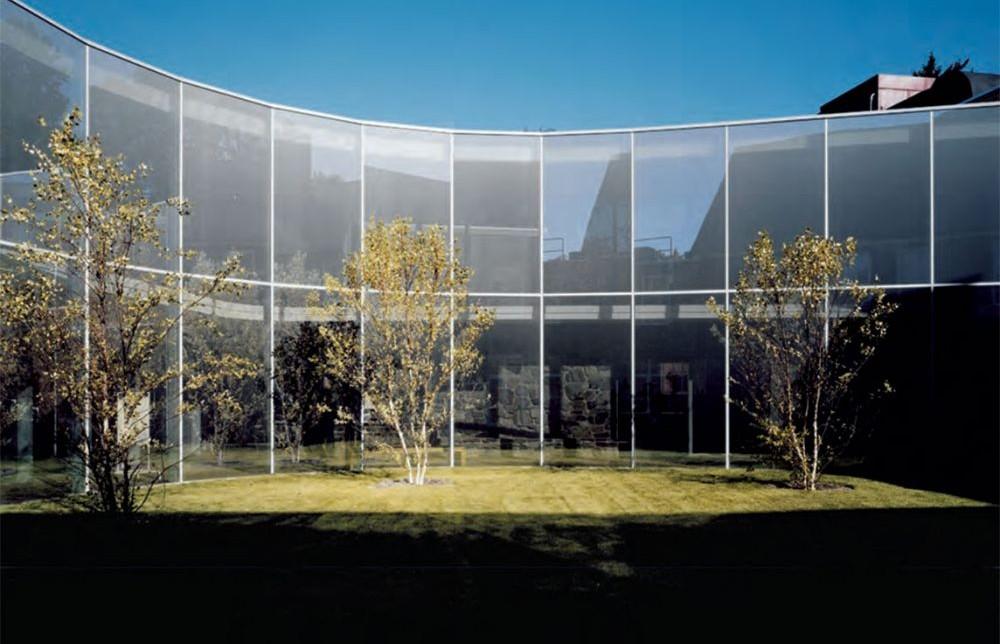 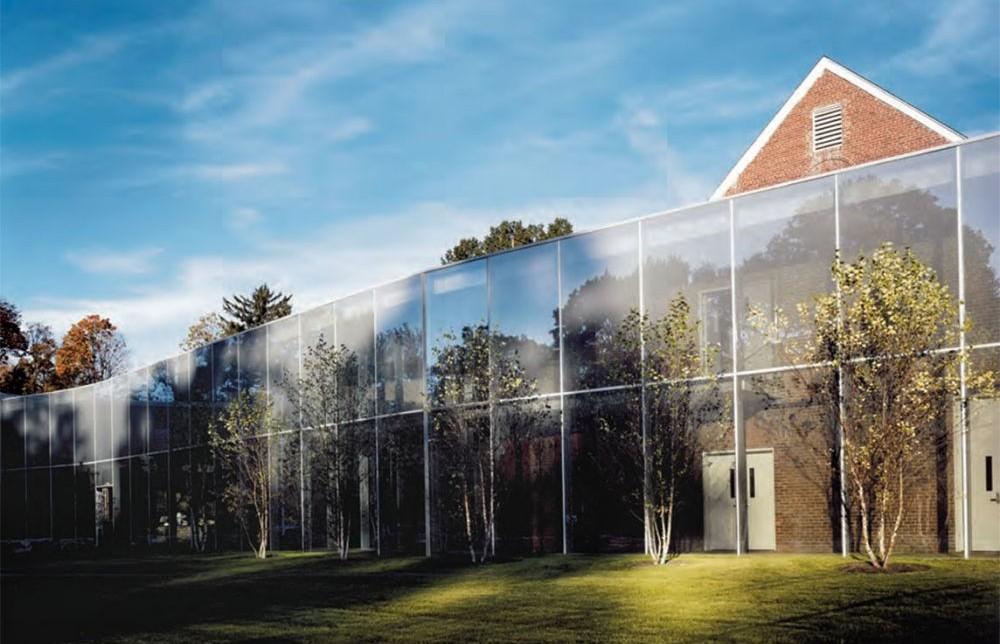 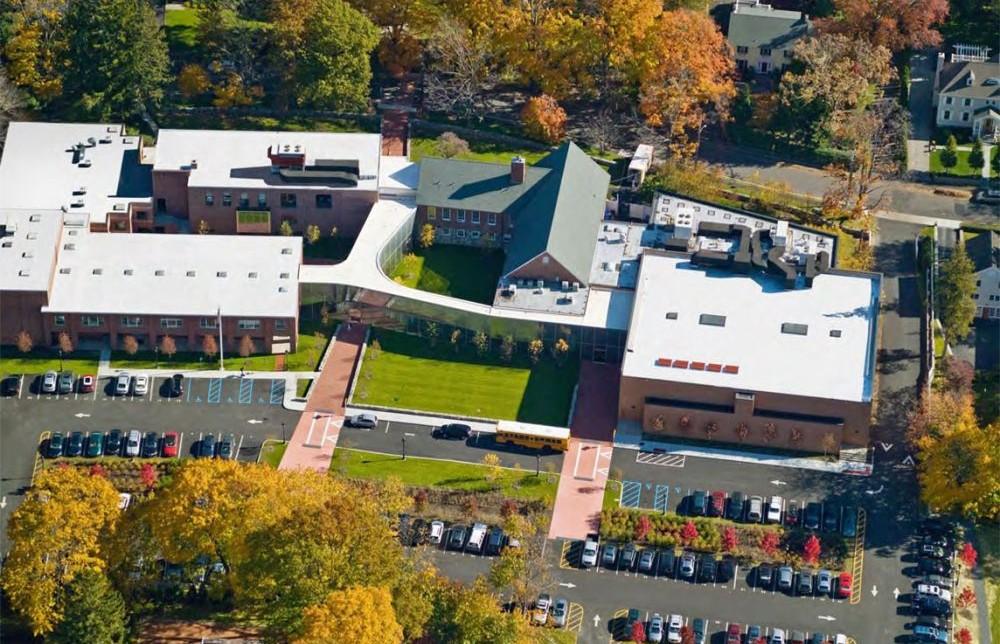 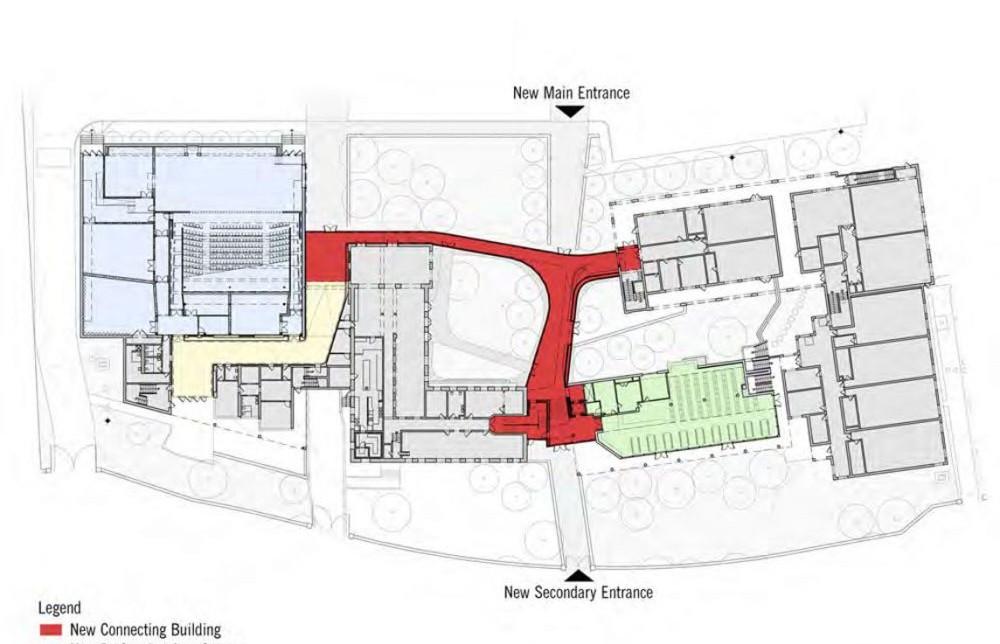 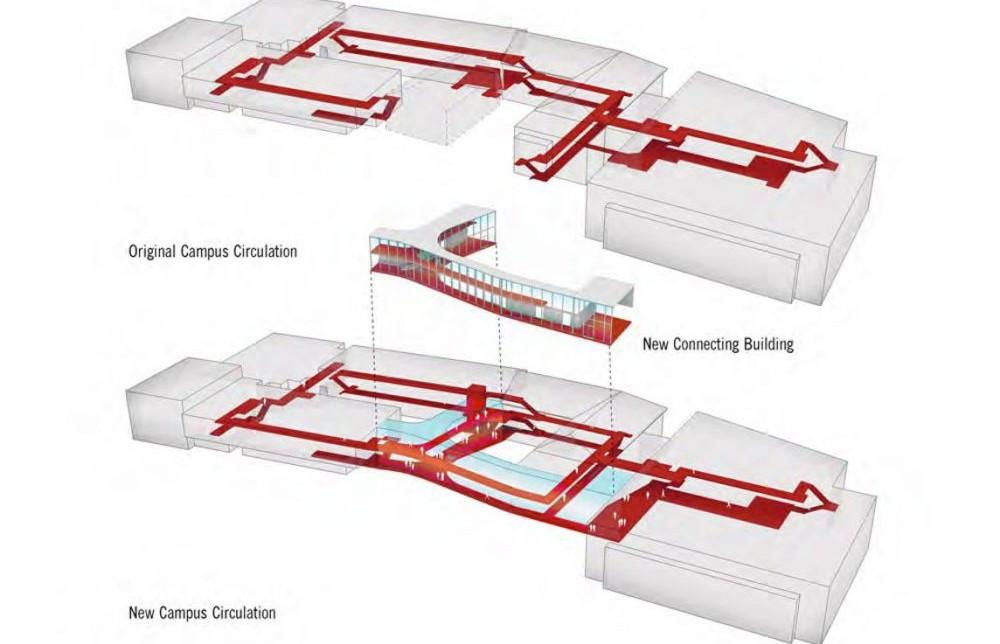 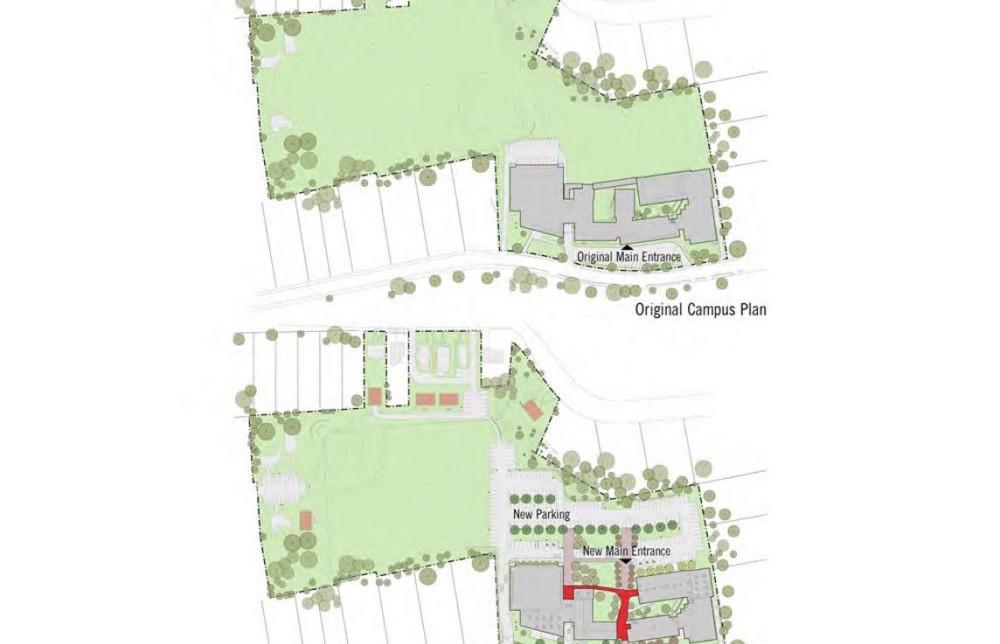 The Brunswick Upper School campus began as a single schoolhouse in the early 1900146;s in residential Greenwich, Connecticut. Over the years, the school has undergone several additions to accommodate its growth; each addition and time period introduced new architectural vocabularies and materials. Over time the site became an amalgamation of buildings rather than a coherent campus. Along with these visual disjunctions, the circulation between buildings is problematic due to varying floor elevations and a reliance on the many exterior walkways as the only means of circulating. The intent of the pedestrian link is to unify the discontinuous circulation while providing the school with a new main entrance that celebrates the historical language of the campus rather than imitating it.

The simple two-story glass walkway has been inserted into the heart of the cnot;not;ampus, establishing covered connections to four key buildings and providing accessibility to the campus through a circulation core which also doubles as an entrance. This entry, which is currently the front door, faces Maher Avenue, a street lined with residences. By flipping the primary entrance to the rear and adding a new parking area, the ever-growing school will reduce the impact on the quiet residential neighborhood.

In addition to the pedestrian link, the project also encompassed the renovation of two elements within the campus program. By moving the sports program to the school146;s secondary campus, additional space was created for expanding educational and arts facilities. The large gymnasium has been retrofitted to accommodate several new performing arts spaces, including a 400-seat auditorium and locker room spaces become art studios. The result is a balanced and unified campus with a continuous network passageways and a new entrance for the face of the school.