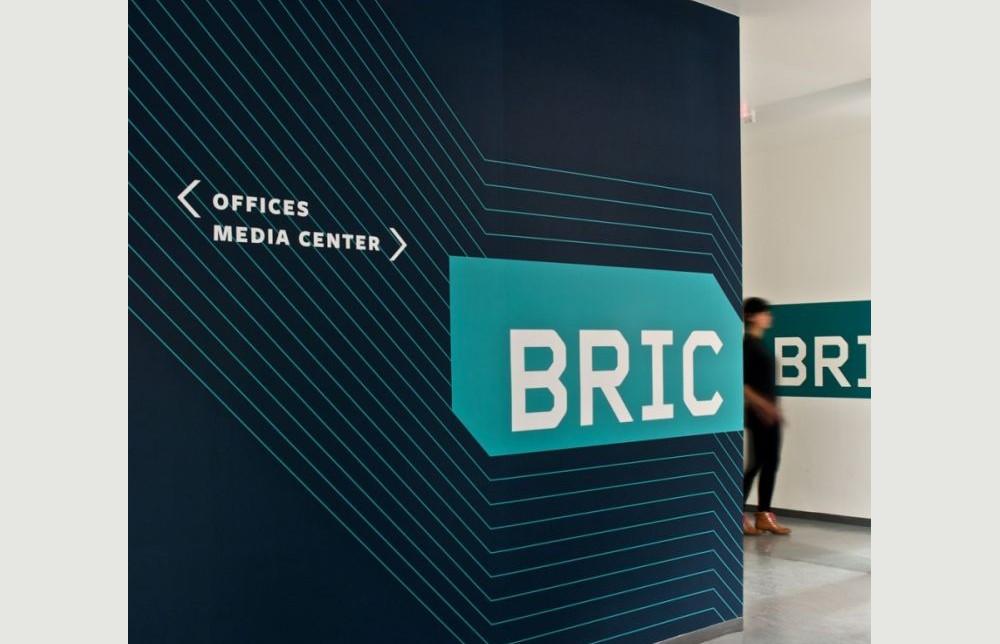 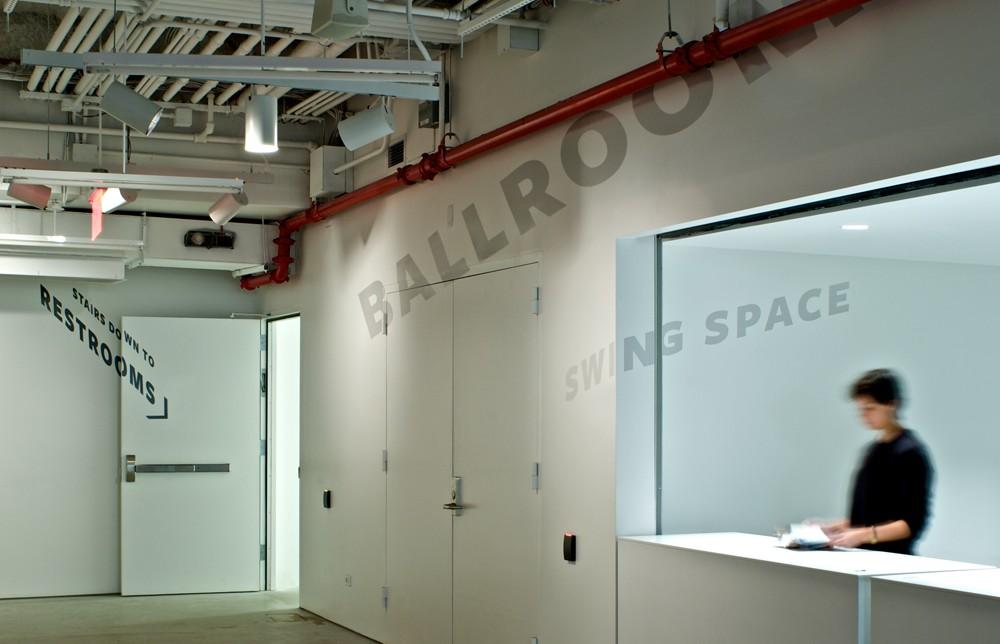 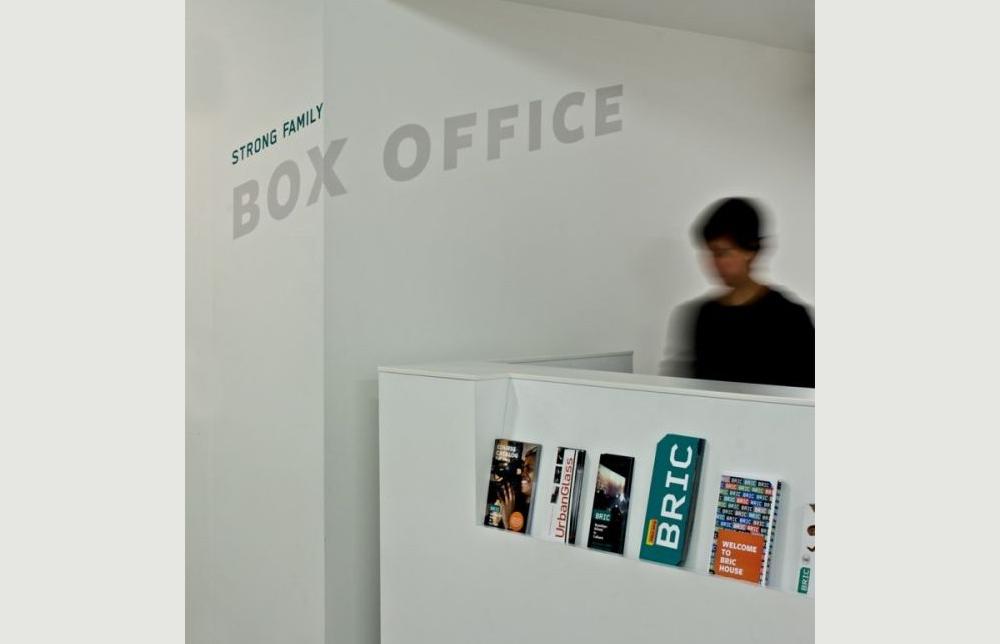 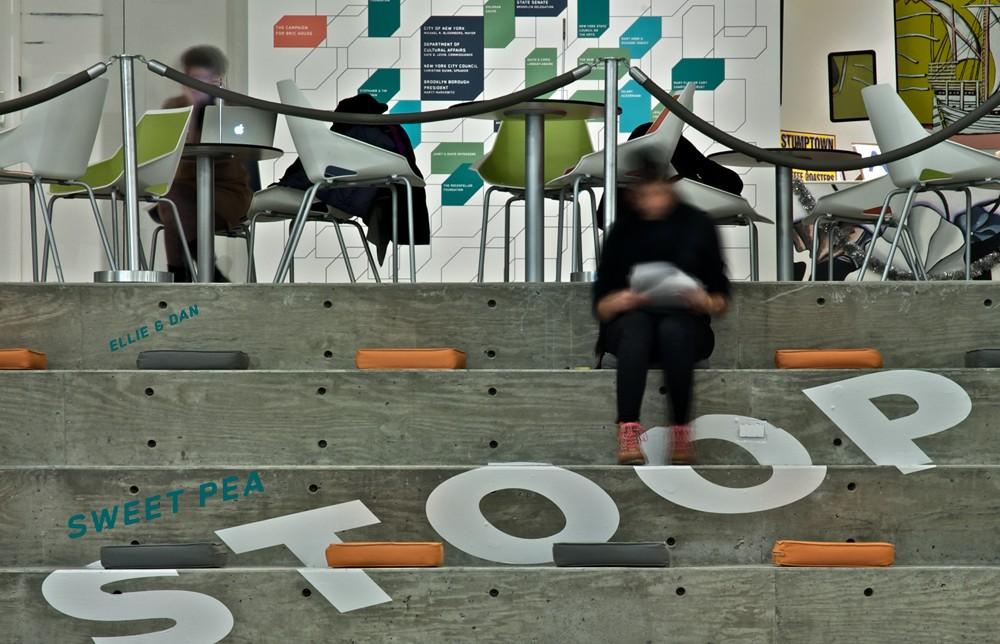 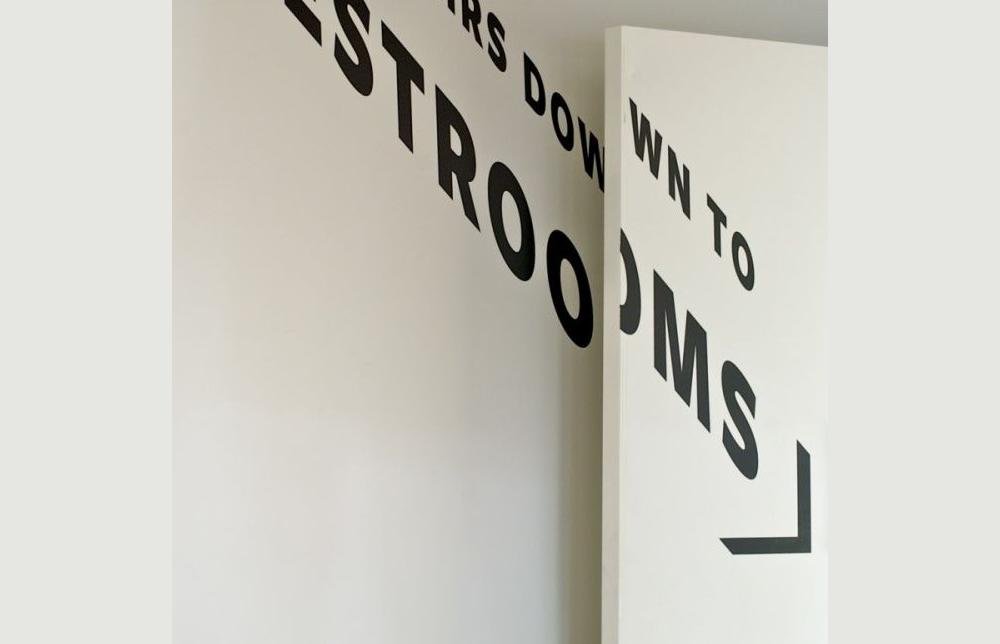 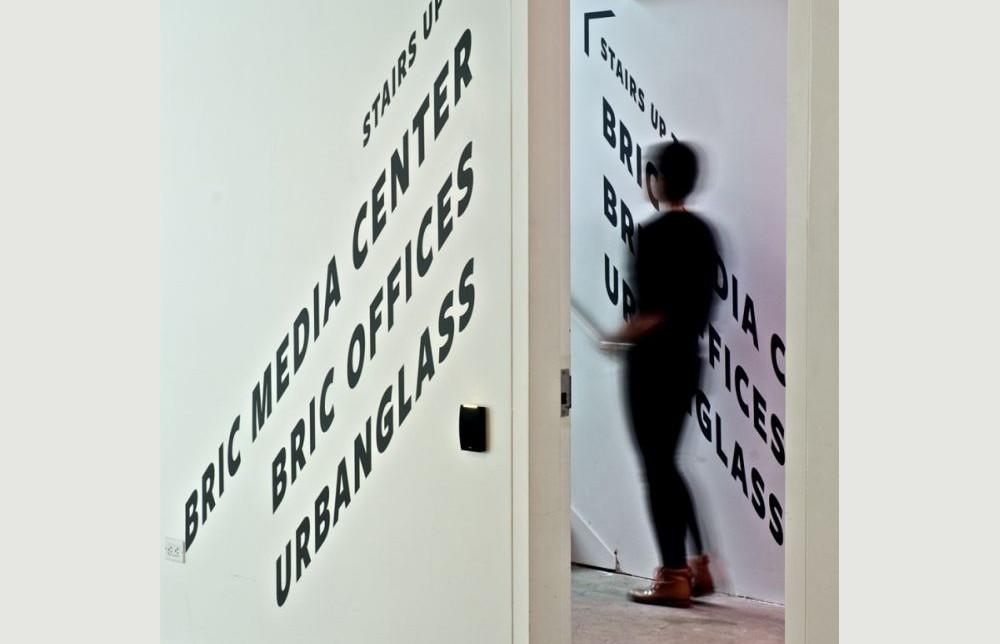 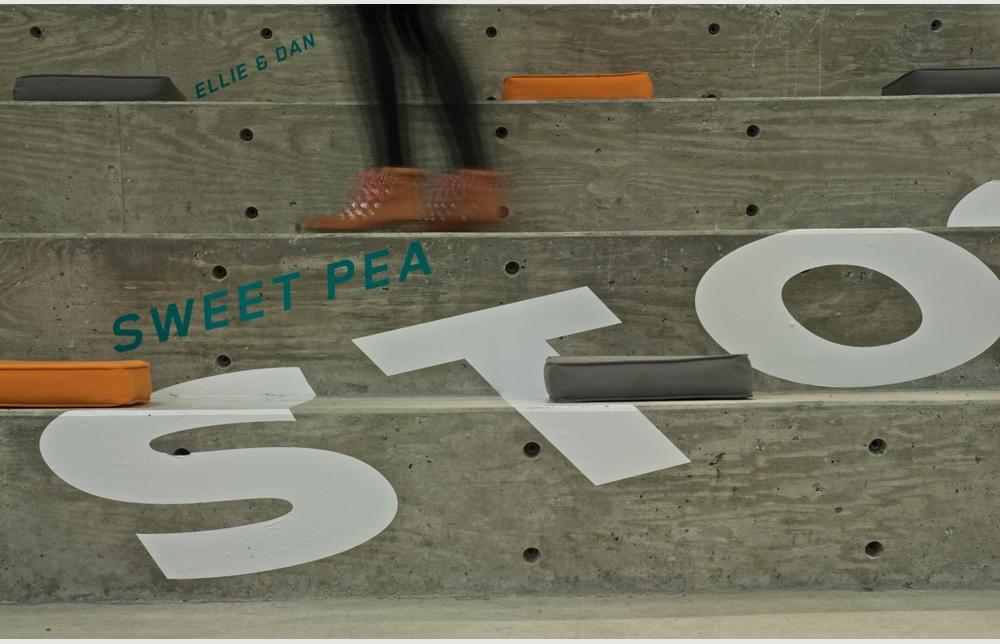 The not-for-profit organization BRIC produces and promotes arts and media programs throughout Brooklyn.  Headquartered in a historic building in downtown Brooklyn, BRIC recently renovated the complex it shares with Urban Glass, an artist-access glass center.  Newly named BRIC House, the $35 million renovation expands the organization’s space from 19,000 square feet to 40,000 and boasts an urban lobby featuring contiguous panes of glass on the ground-level facade, integrating the interior main floor with the street outside.  The renovation also includes a 3,000-square-foot gallery, a 400 capacity performance space, artist studios, a public access television studio, classrooms, a café, and a central lobby amphitheater called The Stoop which offers seating on its steps.

Poulin + Morris developed a comprehensive environmental graphics, donor recognition, and wayfinding sign program for the arts and media center.  The designers deconstructed the parallelogram of BRIC’s existing logotype into various planes, perspectives, and dimensions for a series of directory, identification, and wayfinding signs that wrap around corners and door frames at dramatic angles.  Wayfinding information displayed on walls overlap with nearby doors, so that information is always fully visible whether the doors are opened or closed.  For the lobby’s amphitheater, the name “Stoop” is displayed at an upward diagonal on ascending stairs.  The text is legible when viewed at certain angles and appears as a decorative pattern when viewed at others.  Large-scale graphic murals on the second floor display wayfinding information with a linear pattern inspired by BRIC’s logotype in shades of teal complementary to the organization’s color palette.

The firm also created a donor wall for BRIC, based on an interlocking modular system outlined onto the wall in vinyl in a grid-like pattern.  Cast resin panels displaying donor information are interspersed throughout the grid creating a 3-dimensional pattern with flexibility to add more donor names.