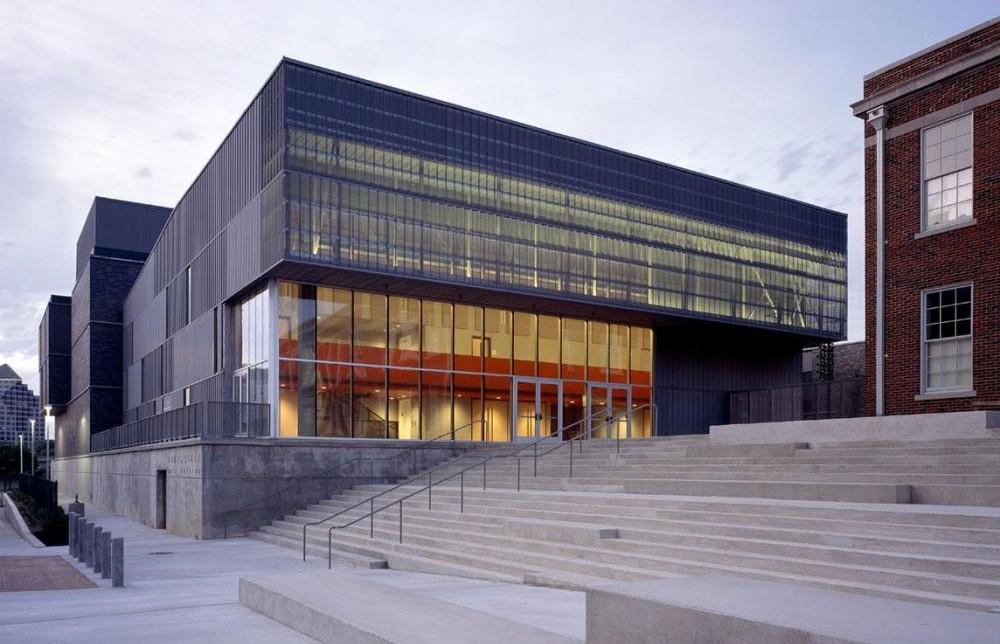 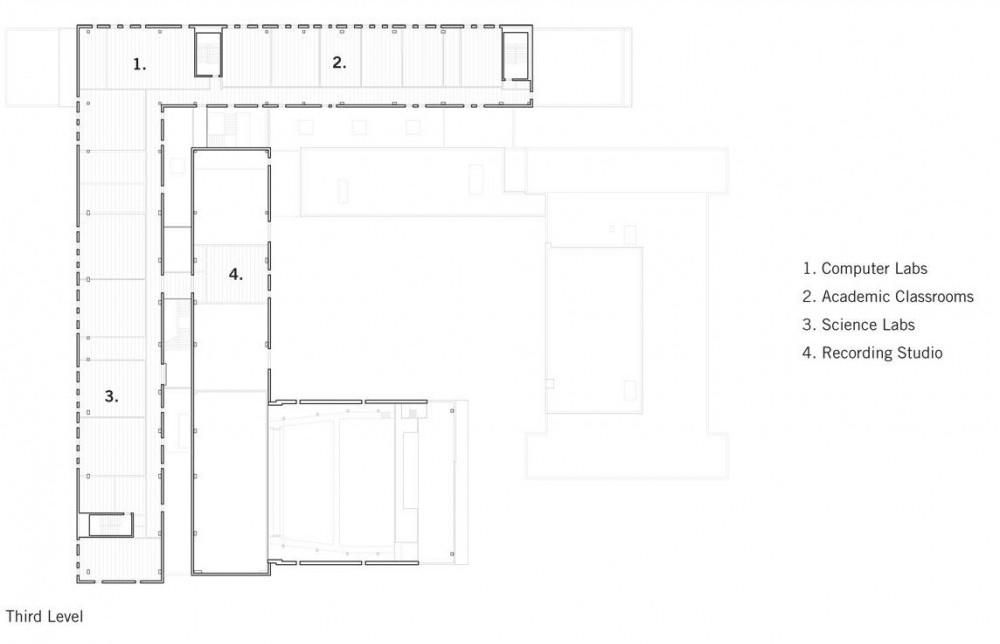 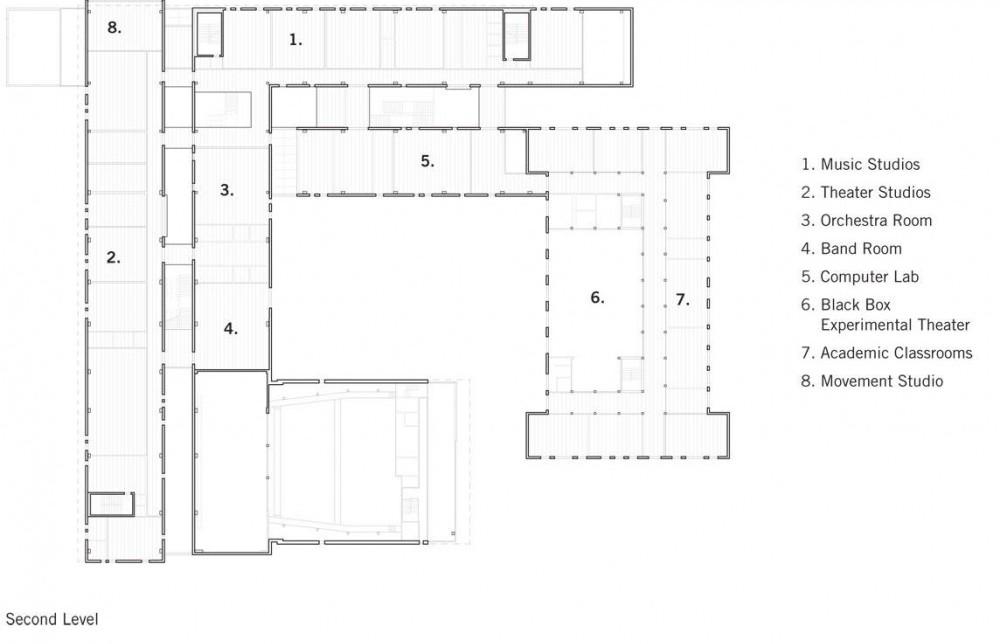 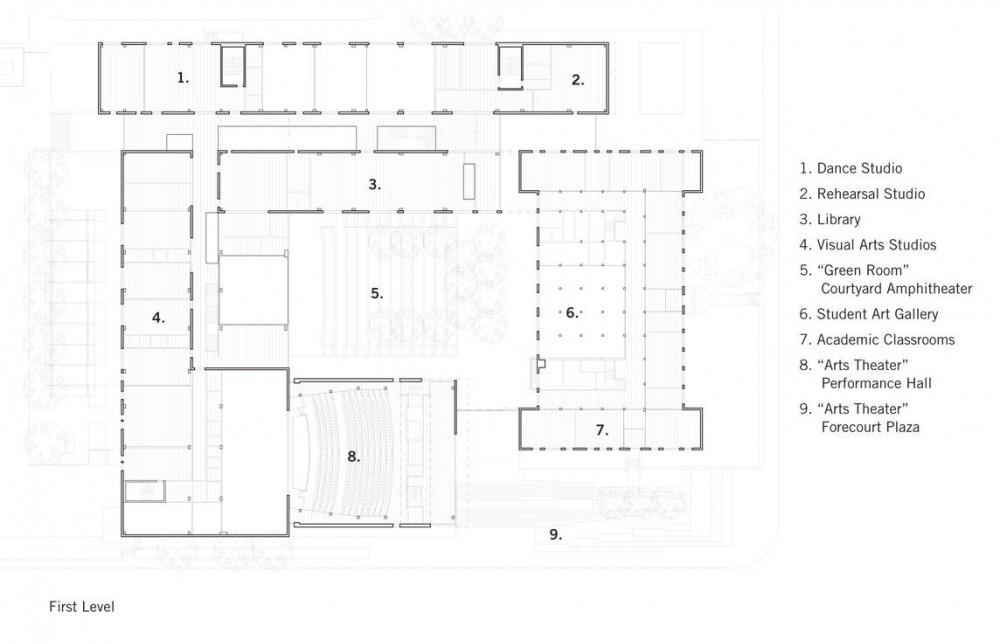 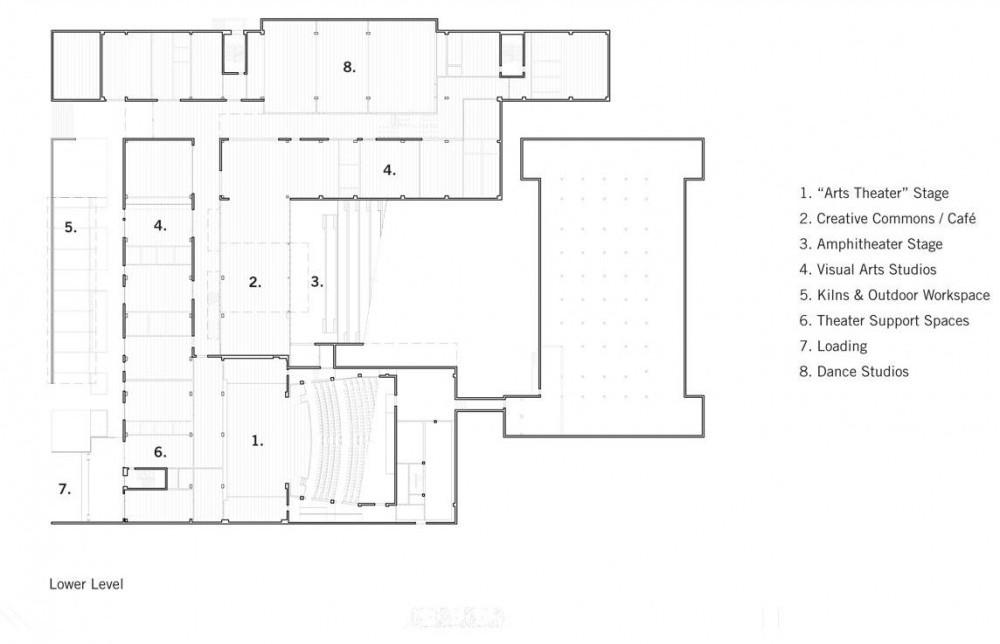 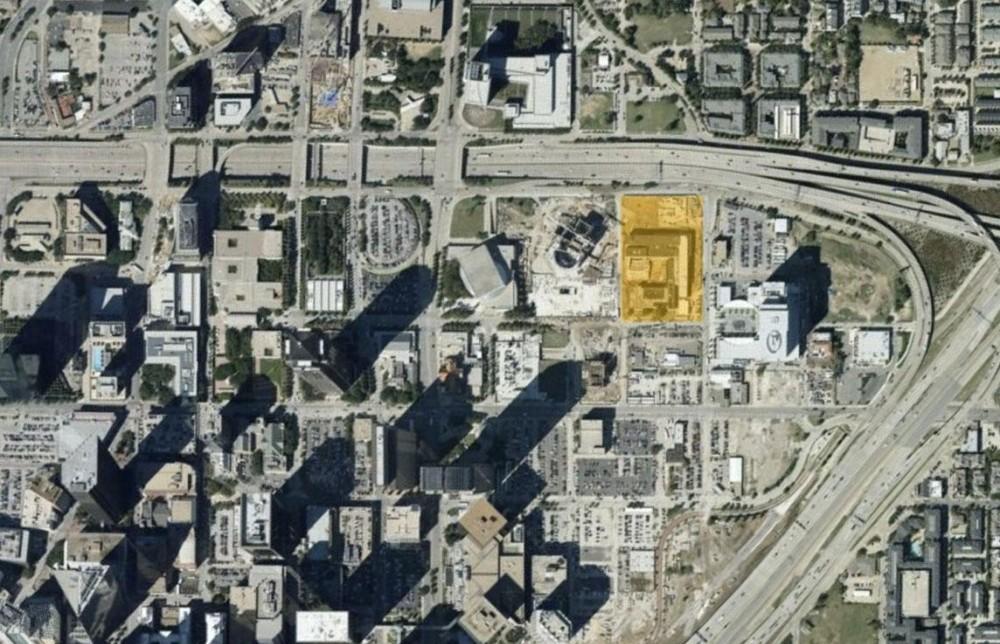 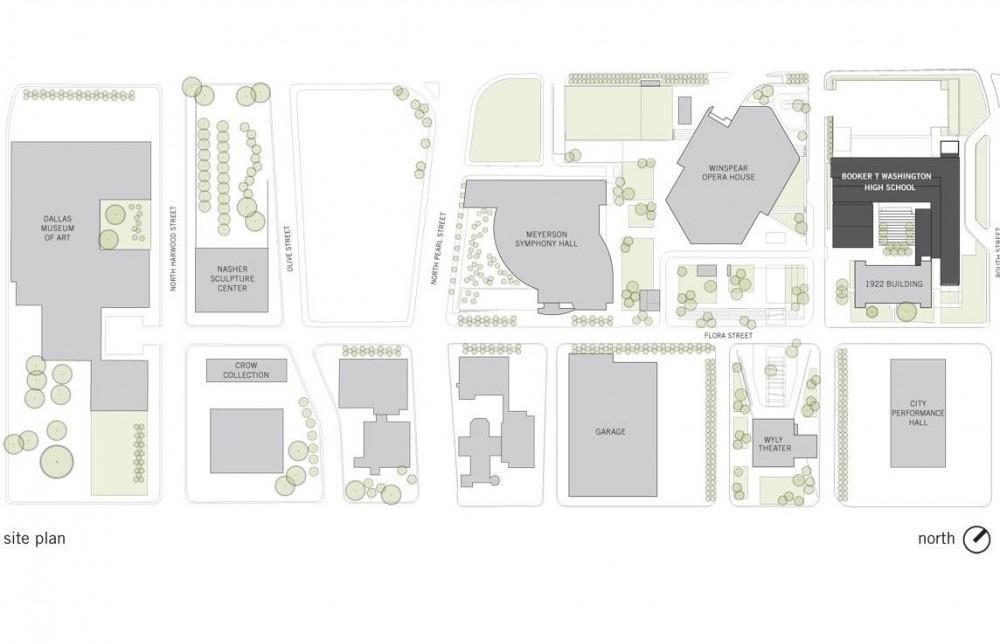 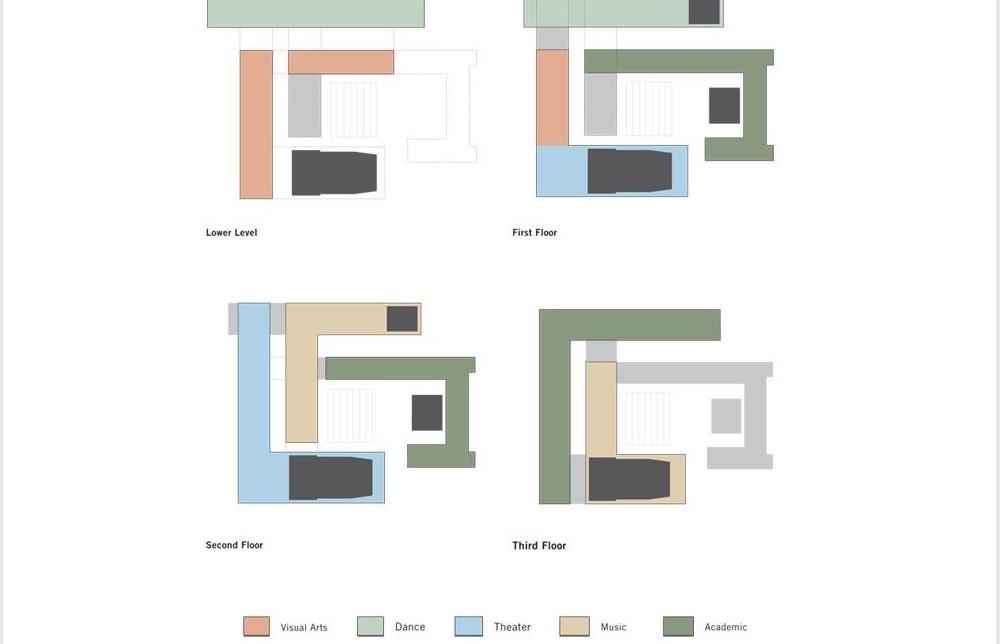 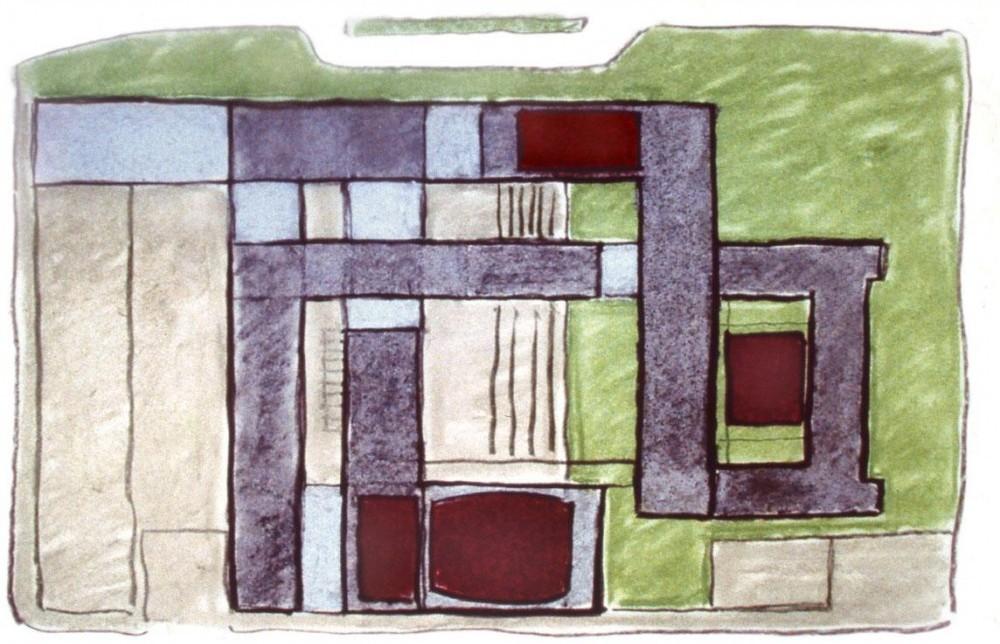 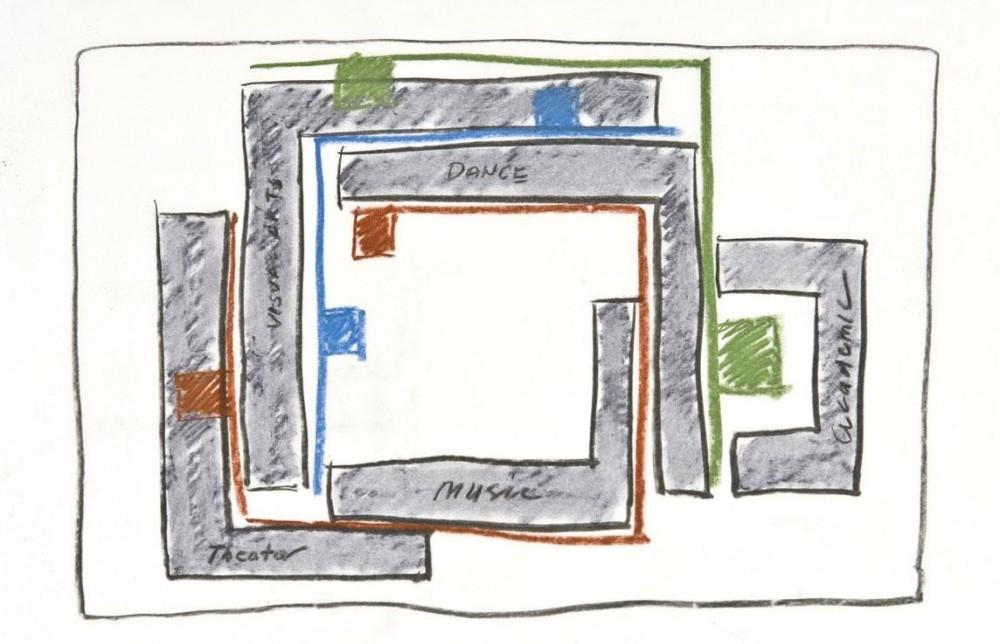 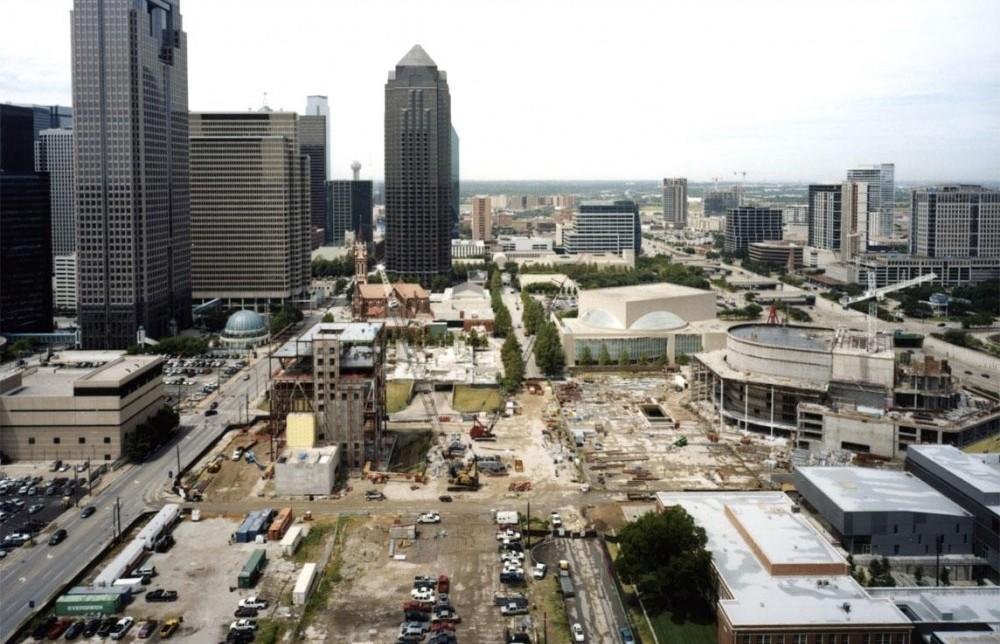 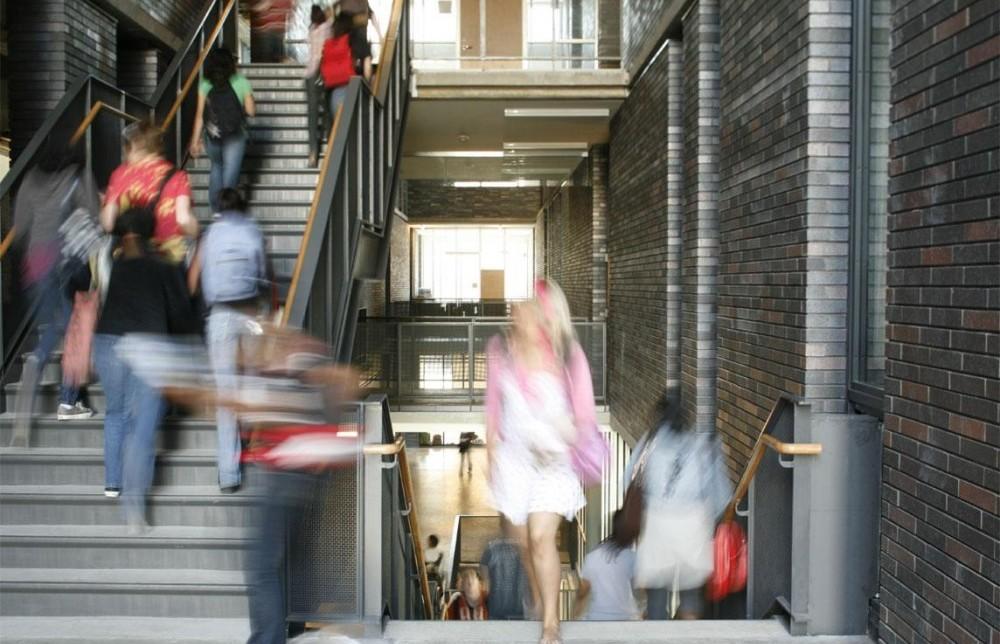 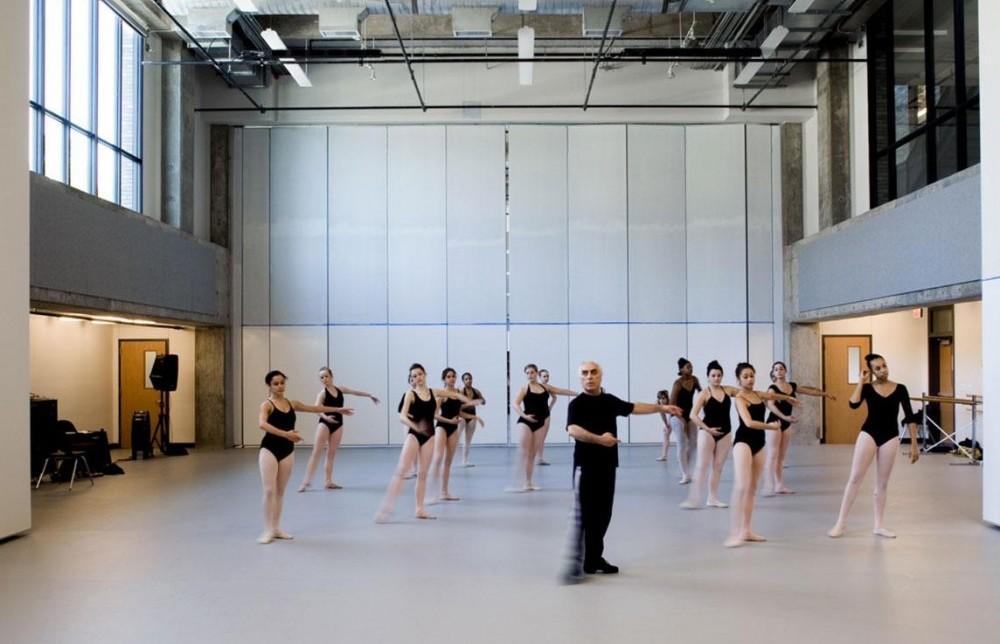 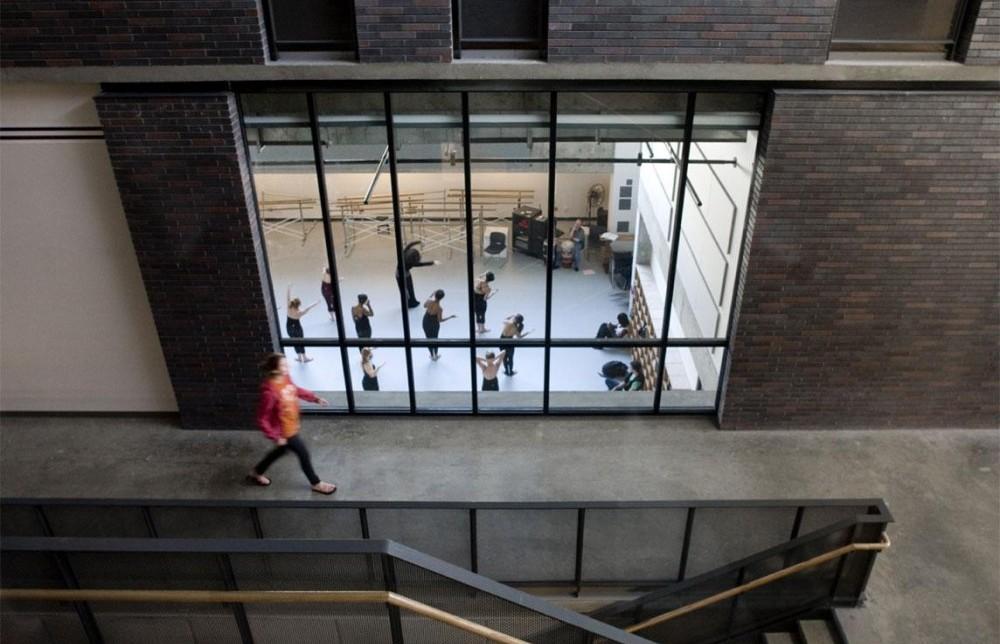 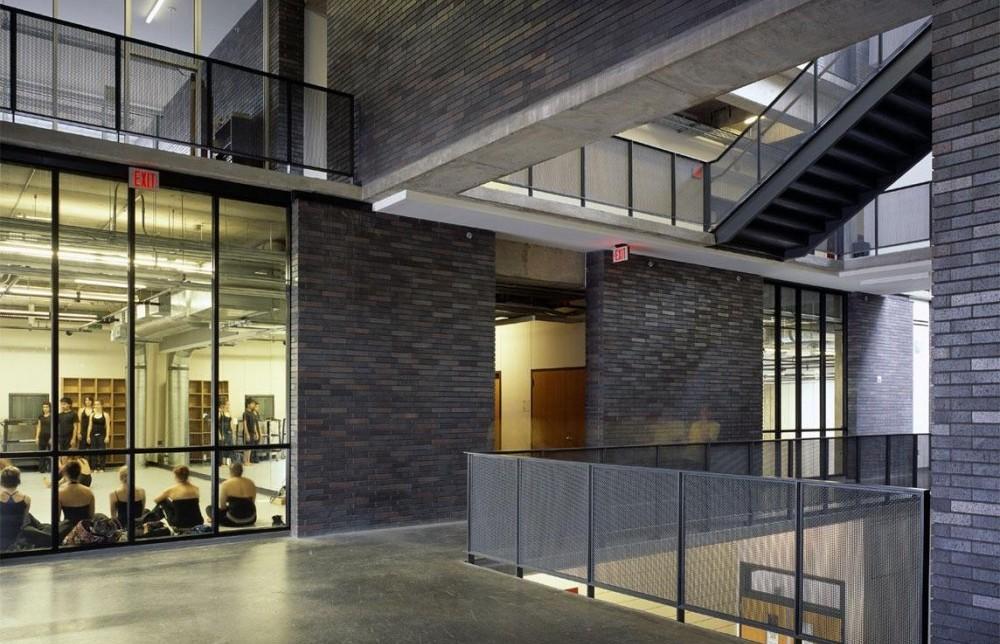 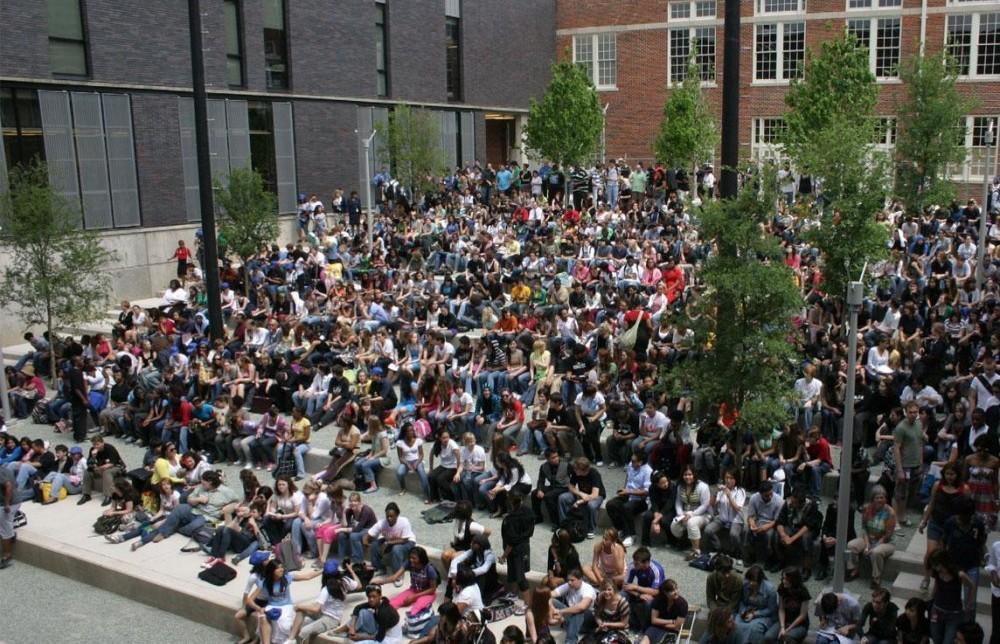 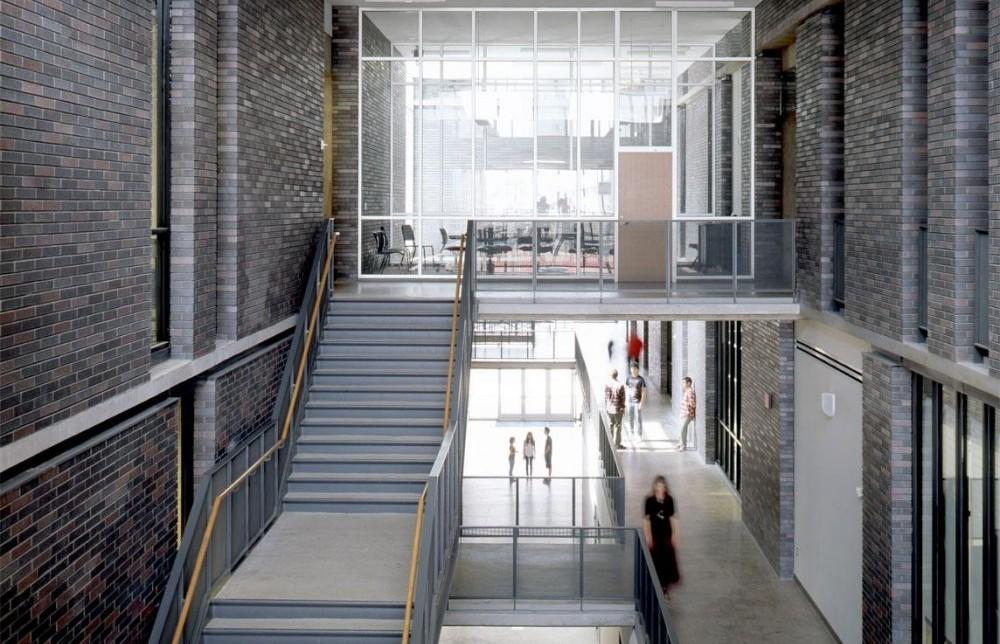 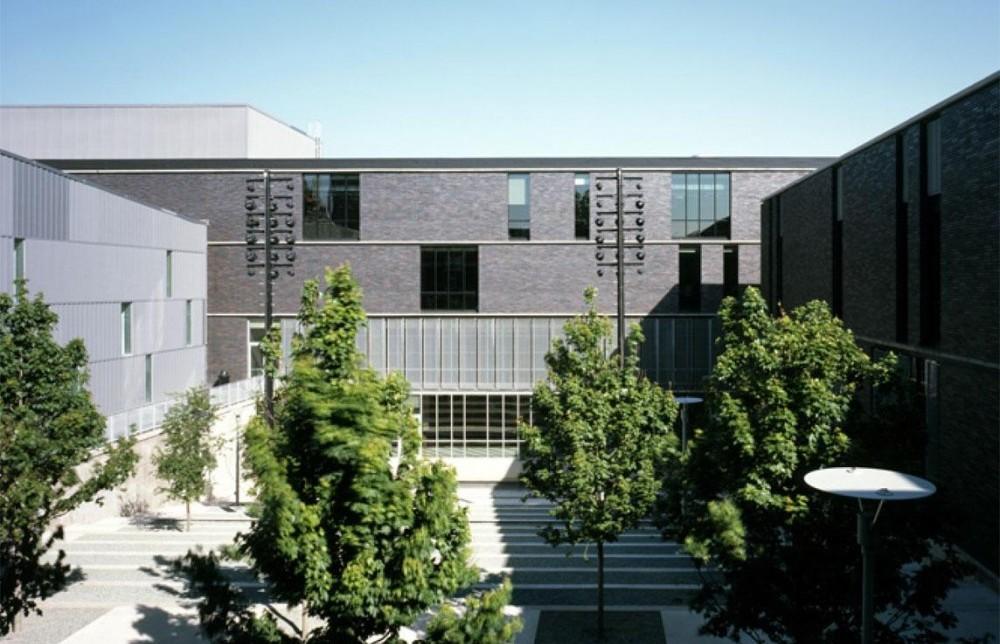 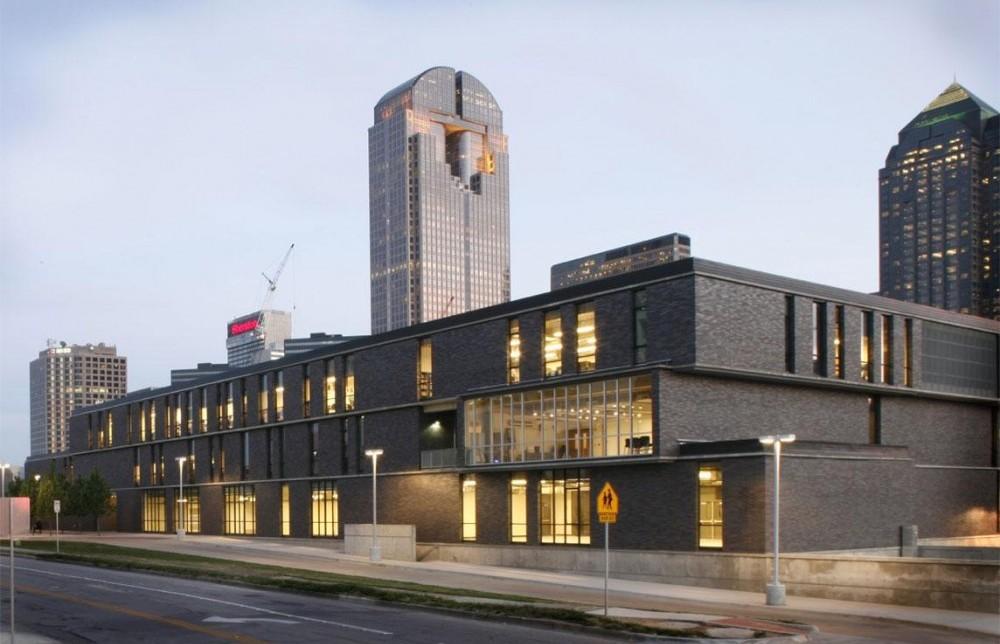 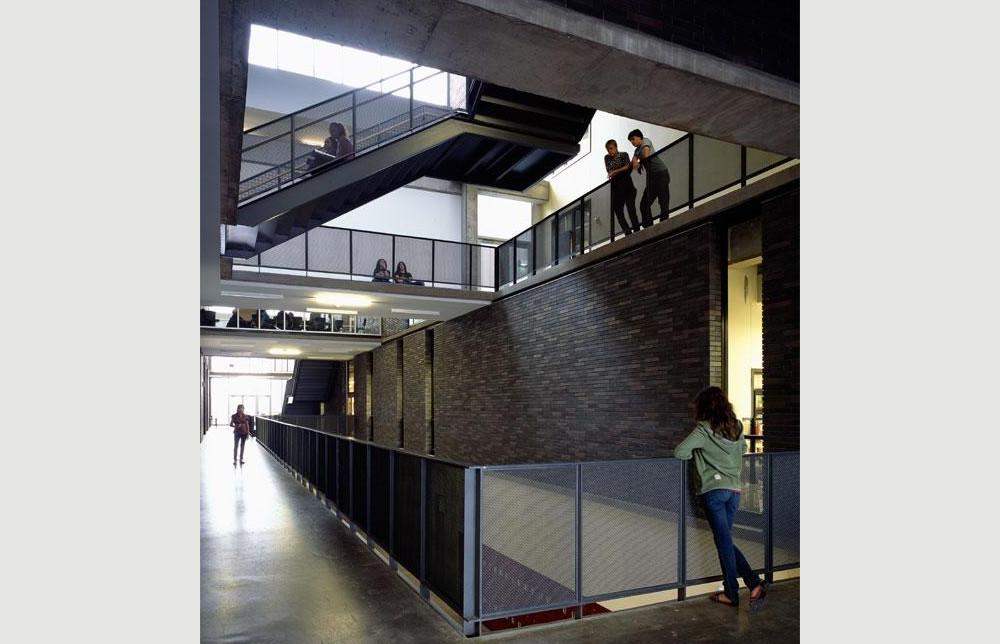 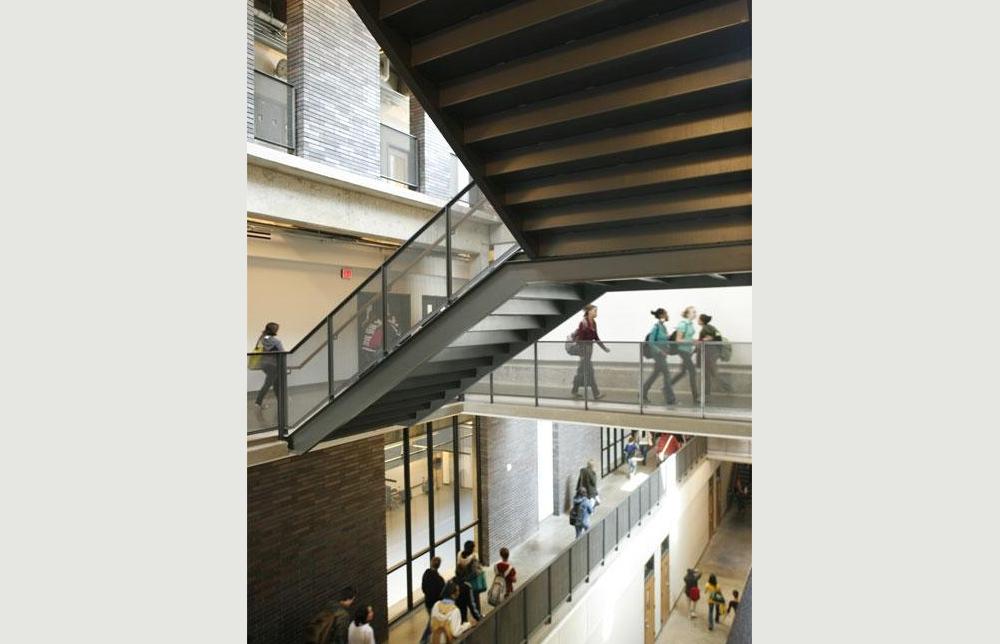 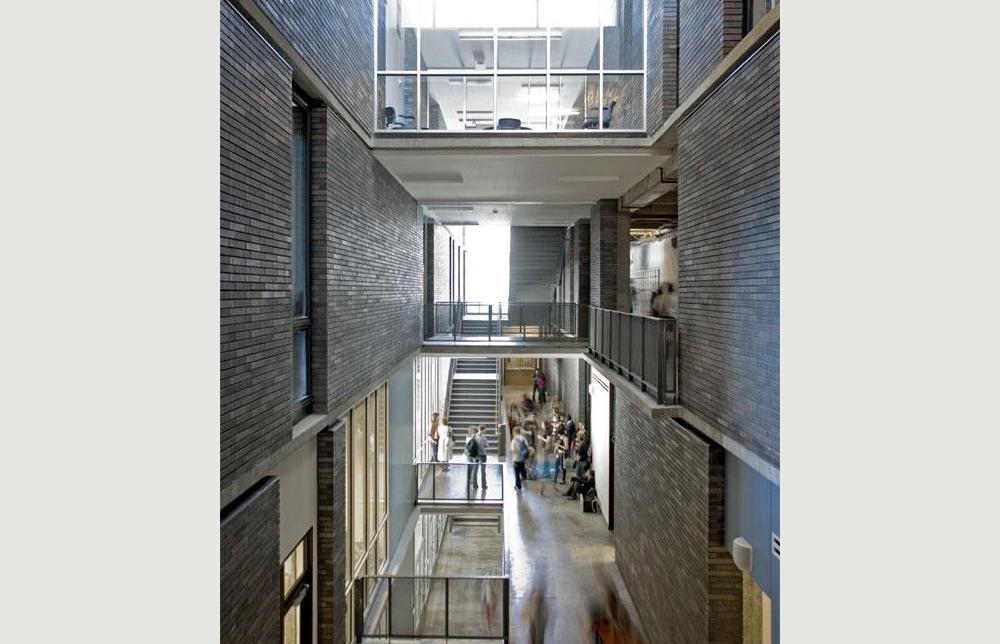 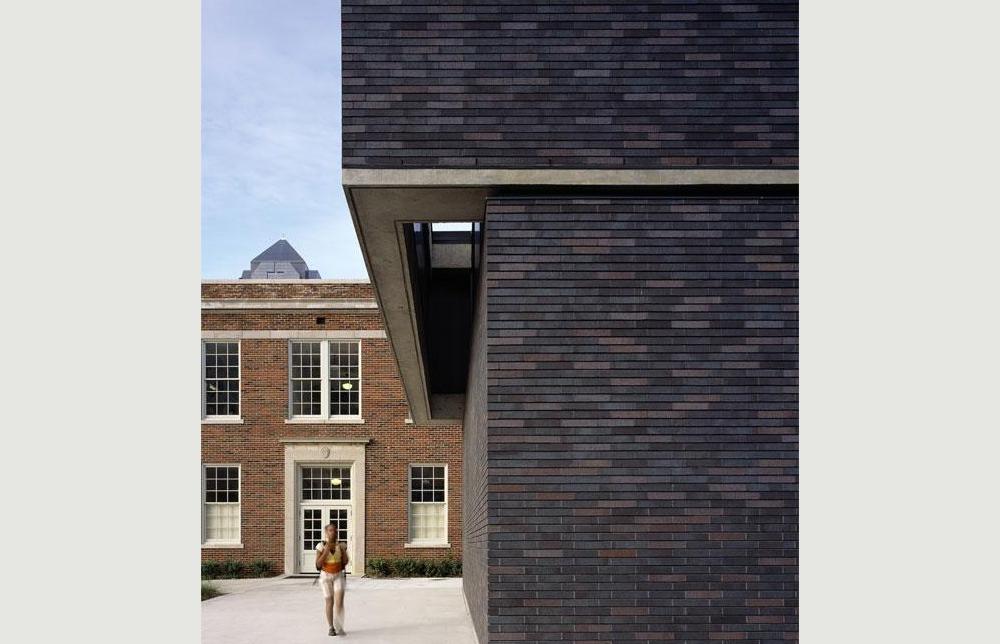 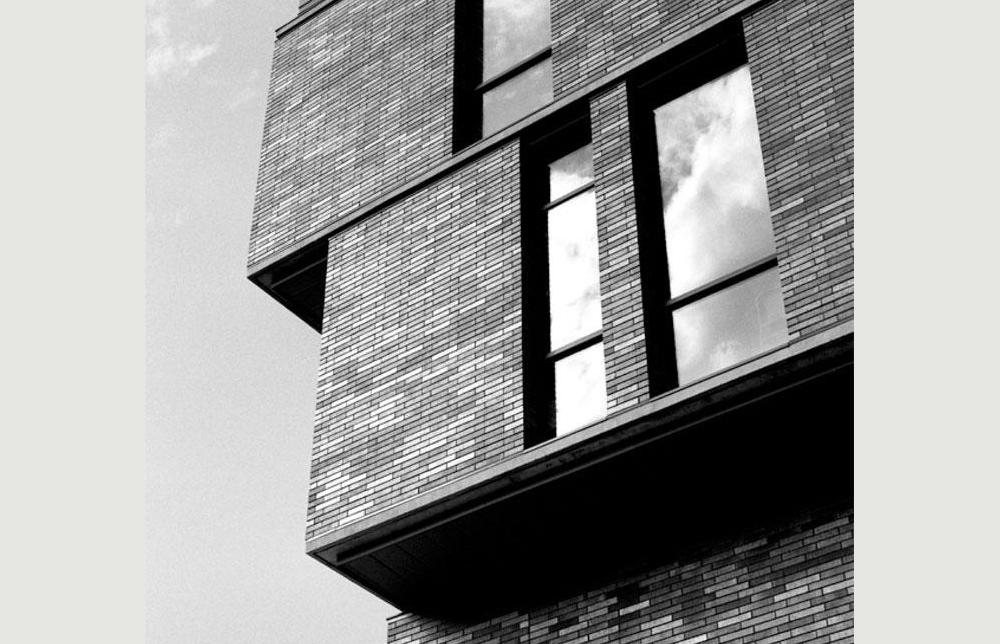 Located in the Arts District in central Dallas, the school has a history of firsts: as Dallas’ first all-black high school when it opened in 1922, then in 1974 as Dallas’ first public arts magnet high school. In direct contrast to the surrounding cultural institutions, important buildings that preserve and present icons of the visual and performing arts, the new school manifests the qualities of creative industry: workshop, forge, studio and factory. The forms are elemental, the space and materials— raw and visceral.

The new Booker T. Washington is a raw, empty vessel waiting to be filled with the ideas and possibilities of life and art— a space that provides infinite possibilities to nurture, while challenging students to find their place and assert their voice.

The 200,000sf expansion to the Booker T. Washington High school for the Performing and Visual Arts includes areas for the core programs of music, dance, theater, and visual arts, as well as spaces for assembly and traditional academic instruction. The expansion is organized as simple loft spaces of concrete, brick and glass that rotate around and extend outward from an open-air central amphitheater, known to students as the ‘Green Room’. The program clusters are contained in distinct volumes that provide individual identity yet overlap adjacent disciplines in plan and section. New performance spaces are contained throughout the building, inviting the public to share in the energy of the school. These include an experimental ‘Black Box’ Theater held by the wings of the existing 1922 building, and the 475-seat Montgomery Arts Theater, a full proscenium theater that serves as a dramatic new public gateway from the Arts District.