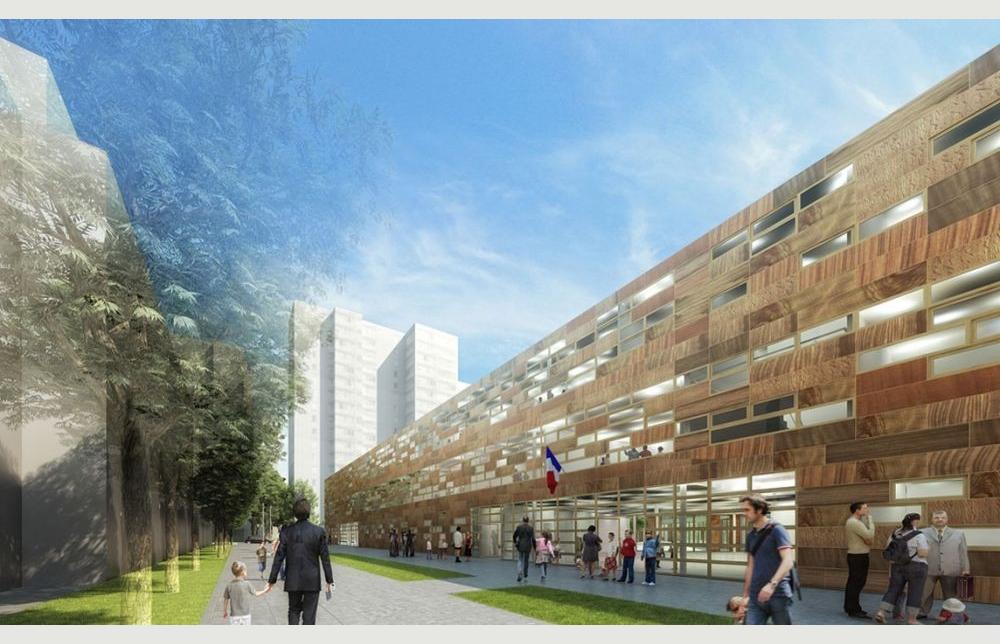 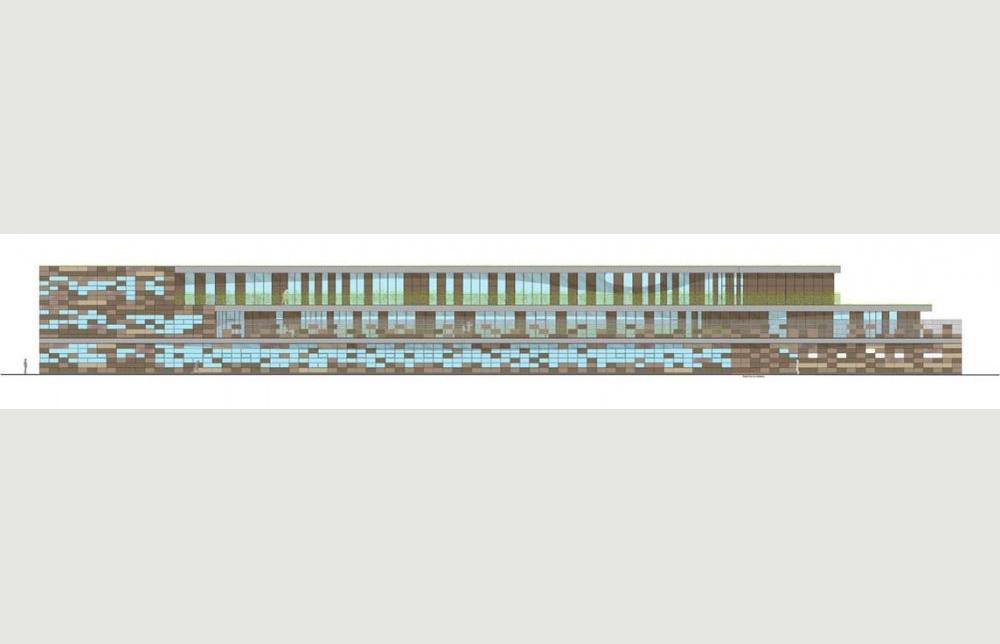 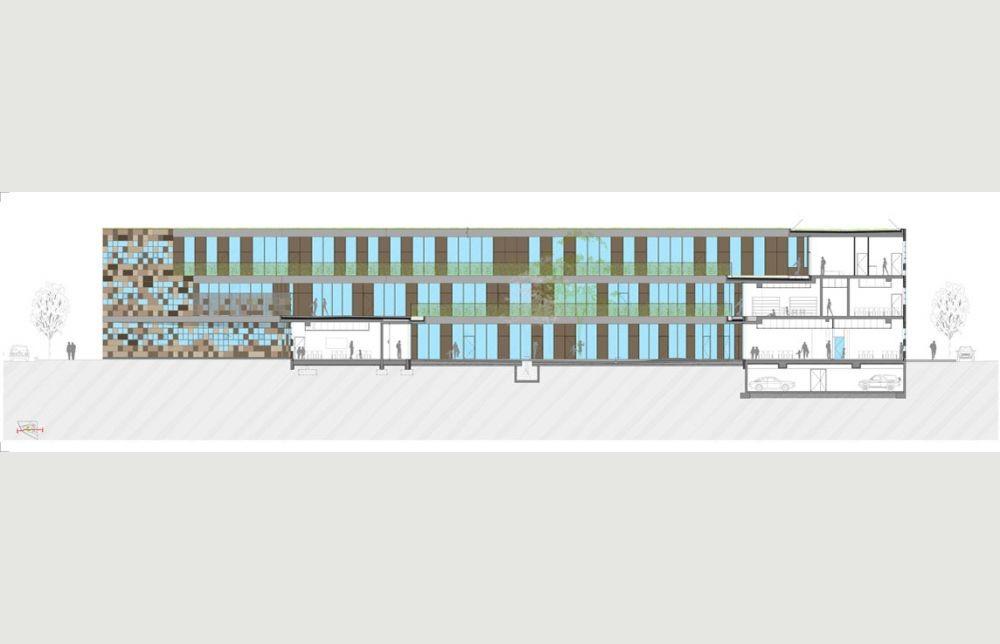 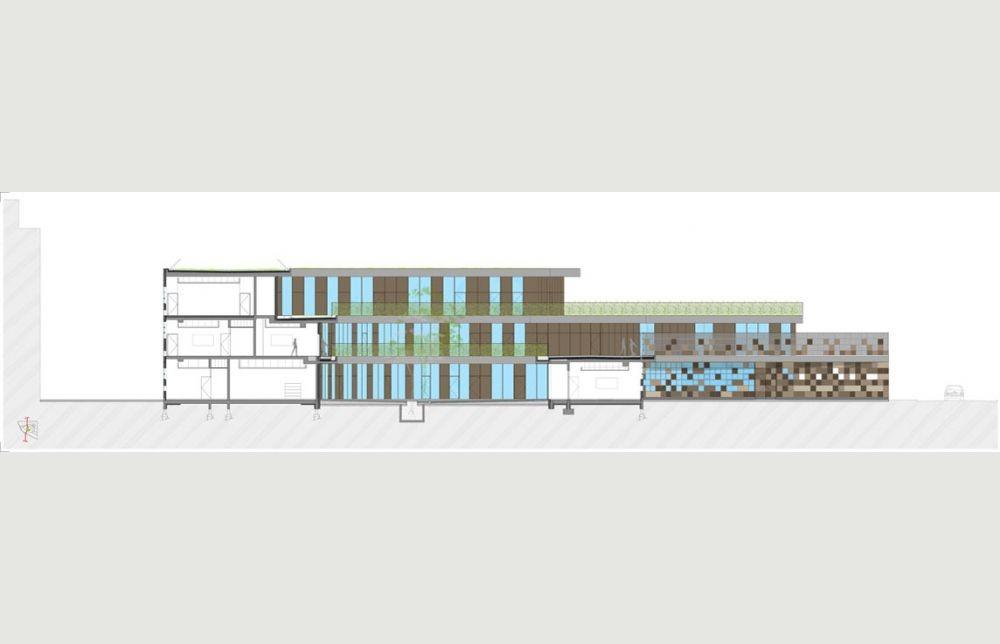 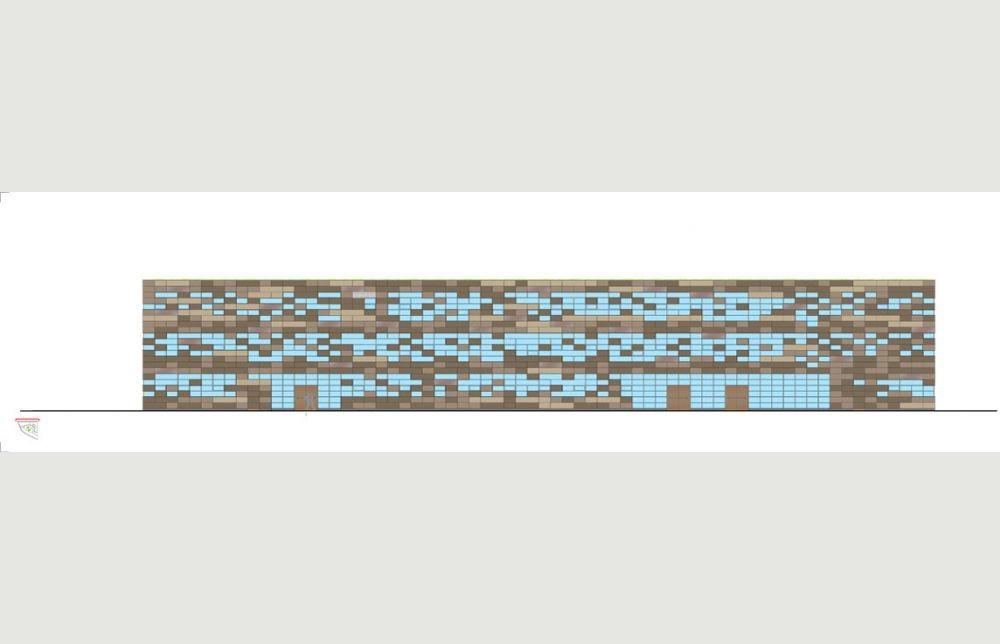 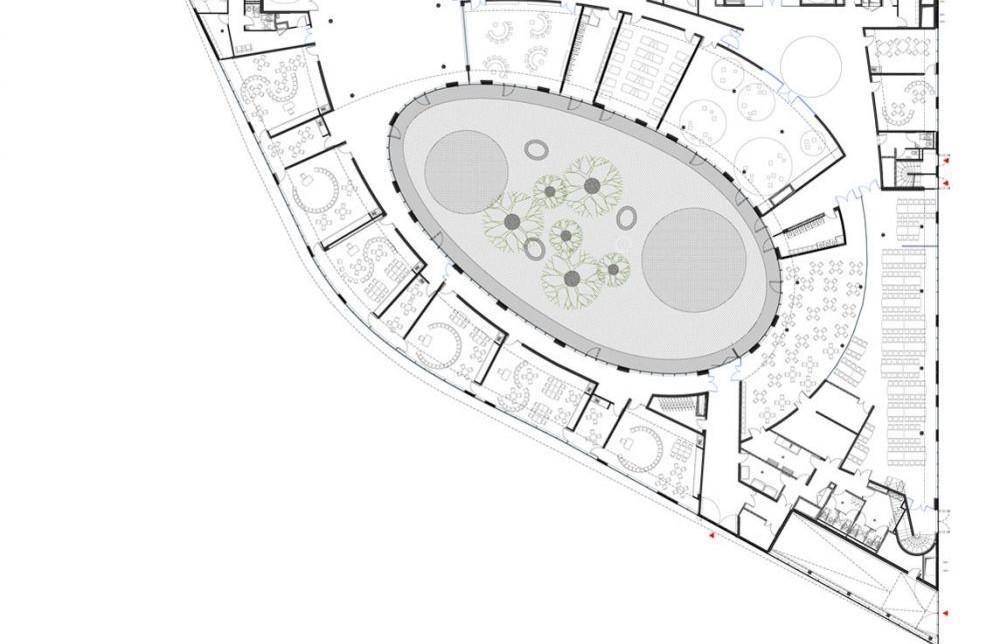 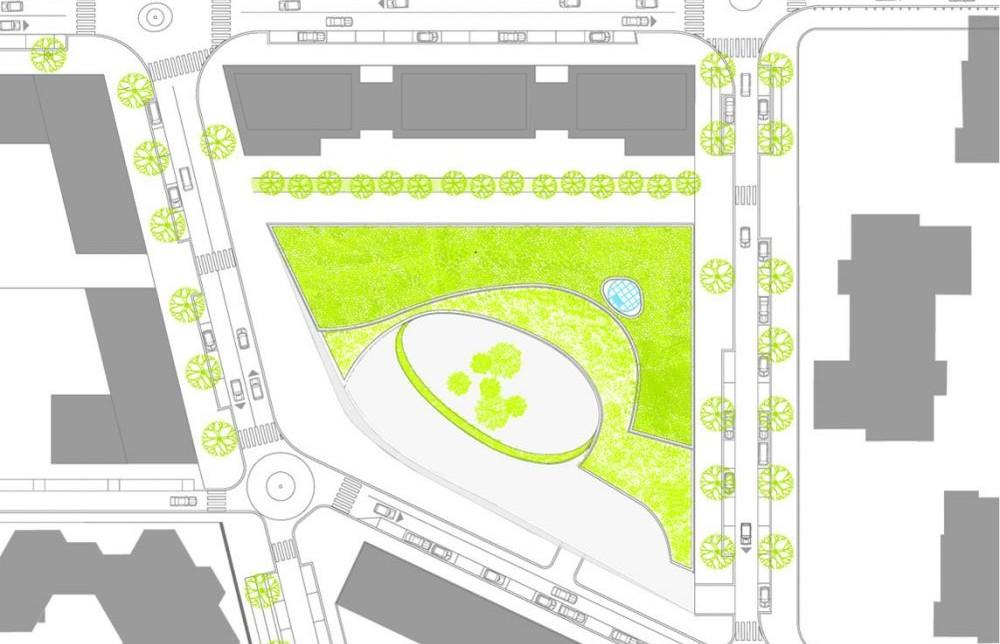 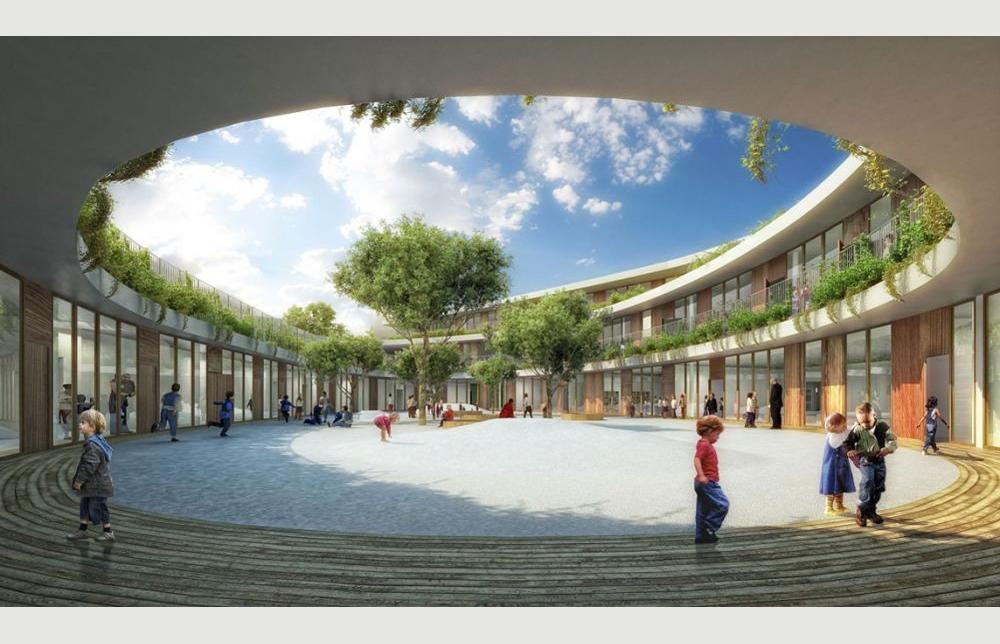 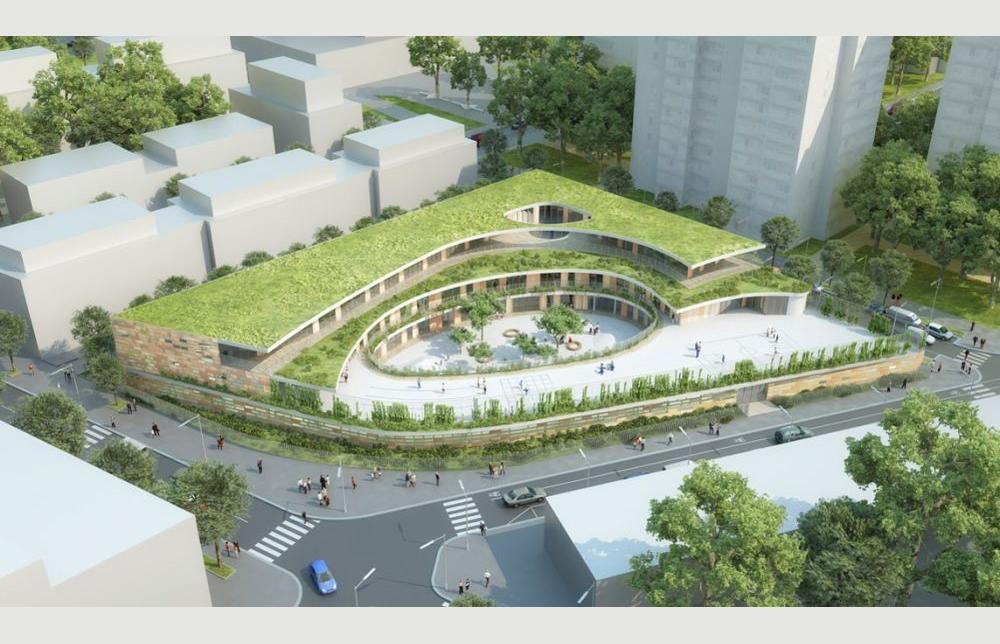 On the east, on Avenue Salvador Allende, the building turns threw a right angle and wraps itself around a large south-facing inner courtyard for the nursery school. From the east to the south, the mass is broken up by stepped tiers to free the primary school playground space on the first floor level.
Therefore, the schemes overall form is a spiral with a three-story front on the north, designed to base the amenitys institutional function on the pedestrian passage and the entrance esplanade, with gradual lighting of the built mass from the second upper floor downwards to the ground floor on the east and west, thereby allowing maximum sunlight into the classrooms and the school playgrounds.
The configuration allows us to propose a very identifiable building that it both unified and protective, which fits closely into its urban setting and follows the layout of the three streets that enclose it, with variation of the massing that creates a play of transparency and of visual counterpoints on the south and the south-west.
Viewed from above, the building is seen as a succession of planted terraces on the north and east which open up and wrap themselves around the void of the nursery school playground on the ground floor of the primary school playground on the first-floor terrace, protected by a planted screen-fence.
For this new facility, we chose a visibility durable material, composed of timber panels of different colours arranged in a random mosaic pattern.
The external facades are composed of natural timber panels which alternate with timber-framed glazed panels on a horizontal grid.