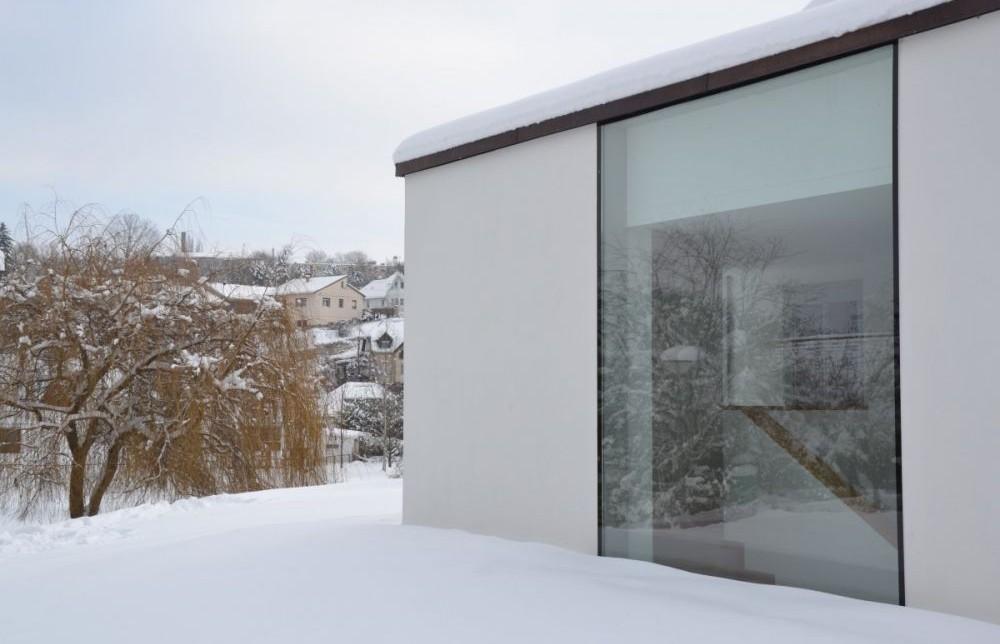 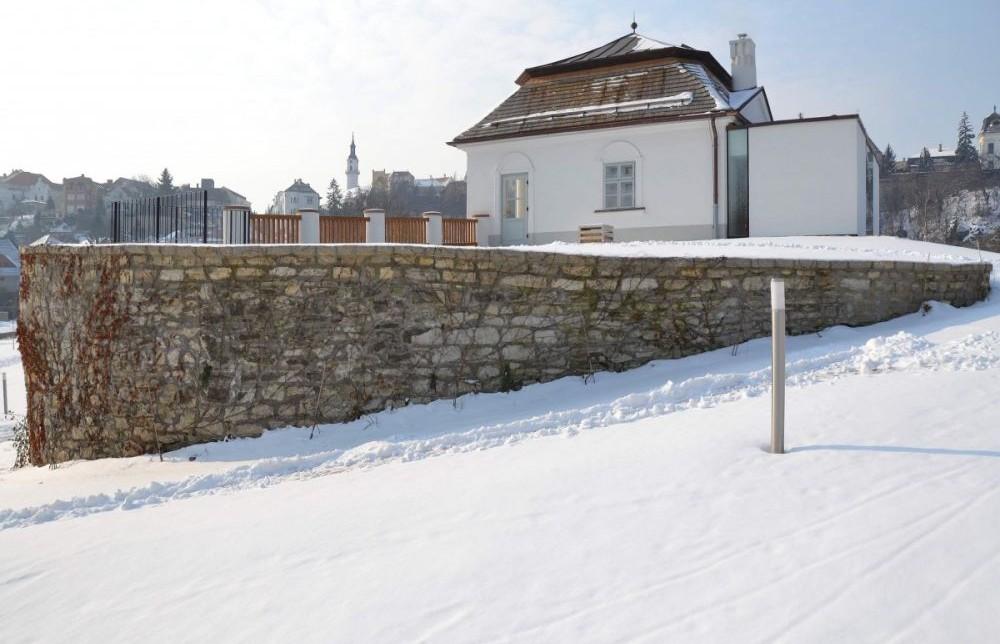 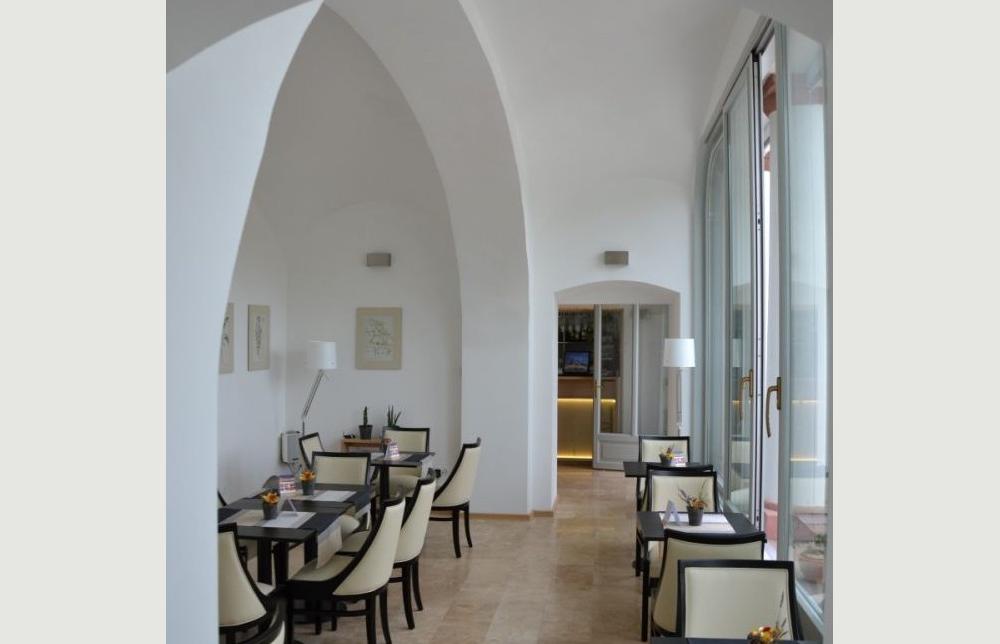 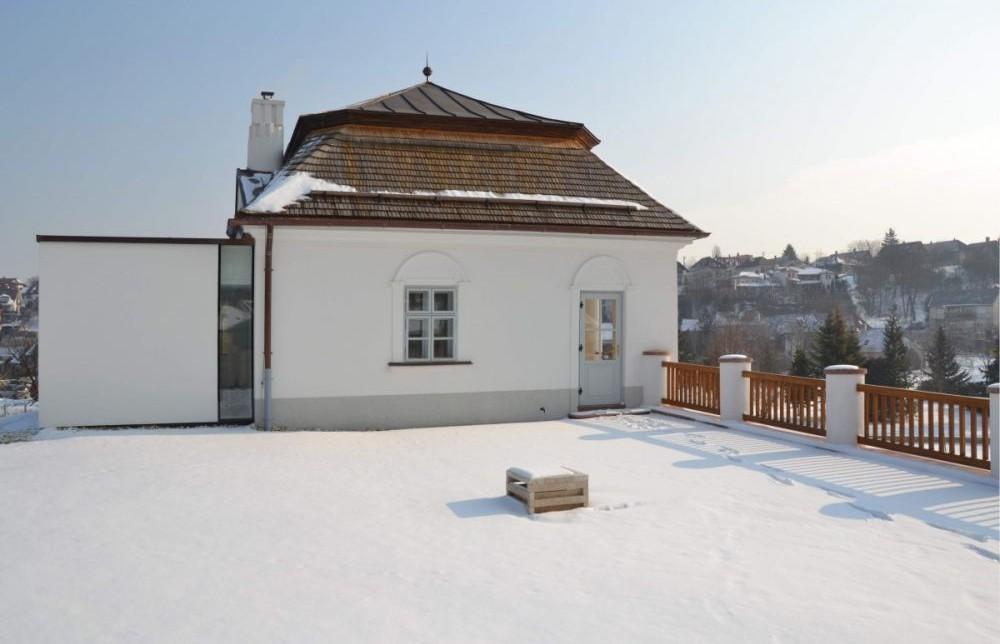 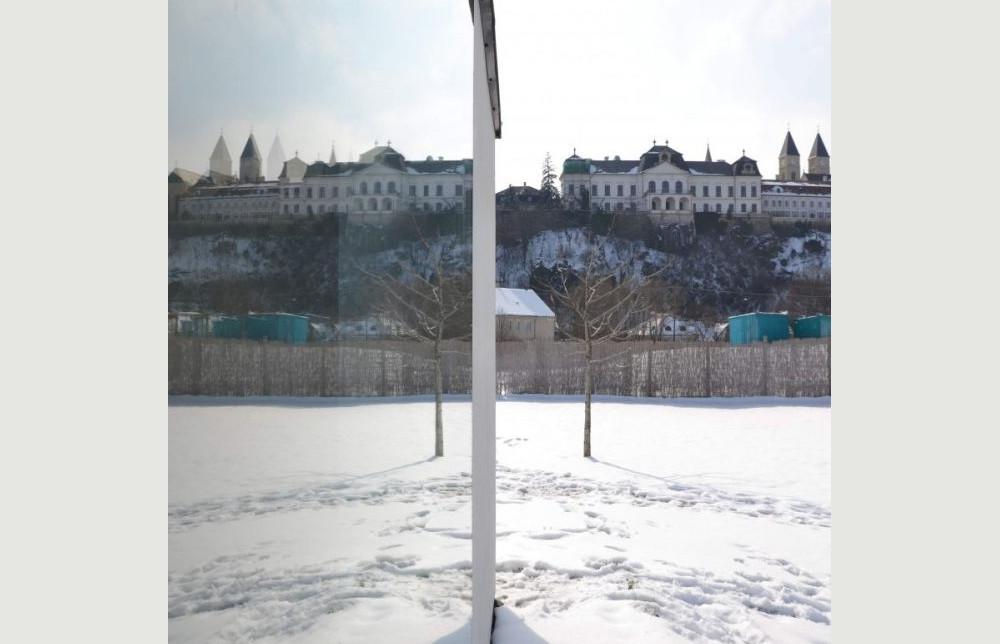 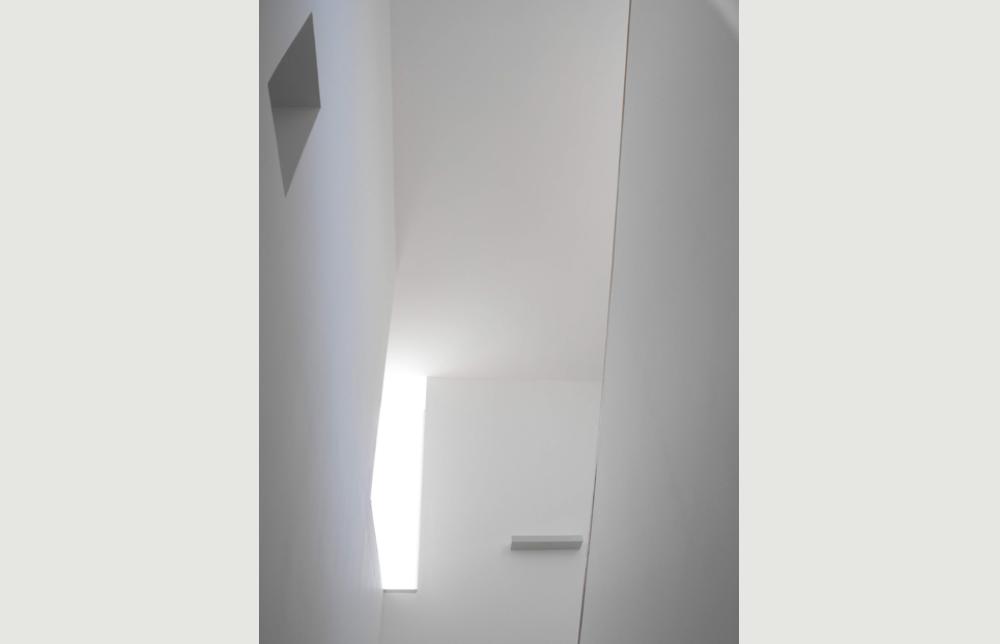 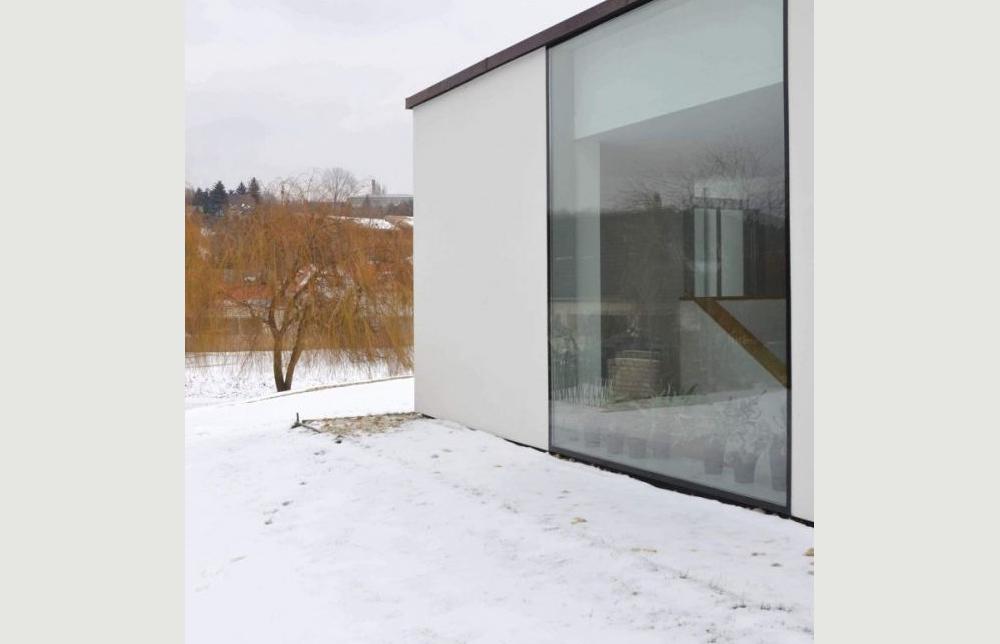 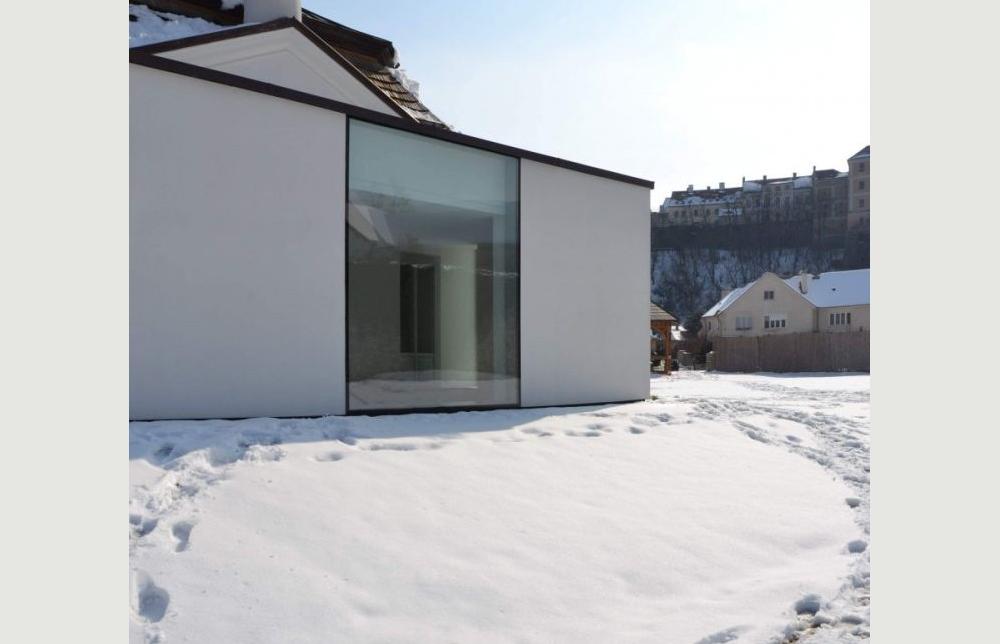 The Bishops resting pavilion is situated in the most beautiful area of Veszprém.

The neoclassical two-storey pavilion was built by Bishop Joseph Kopácsy in 1820.

The new owner would like to operated the building as a cafe.

Our task was to renovate and expand the old pavilion, which was in degraded condition. It was important to link the semi-basement and ground floor space. We would like to preserve vaults. So the stairs was planned behind the main building in a white cube, which is separated from the old pavilion with glass stripe.

Columned loggia on the ground floor is still open and permeable. The resting room have become consumer space with restored fireplace. Two terracess connected to this space on the ground floor. From these places are unmatched views of the castle of Veszprém.