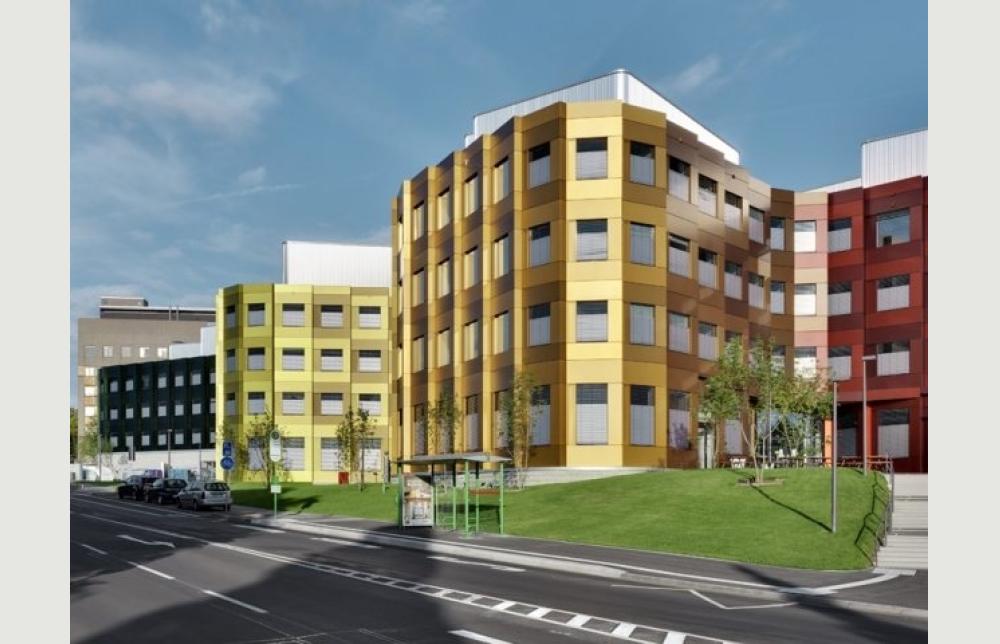 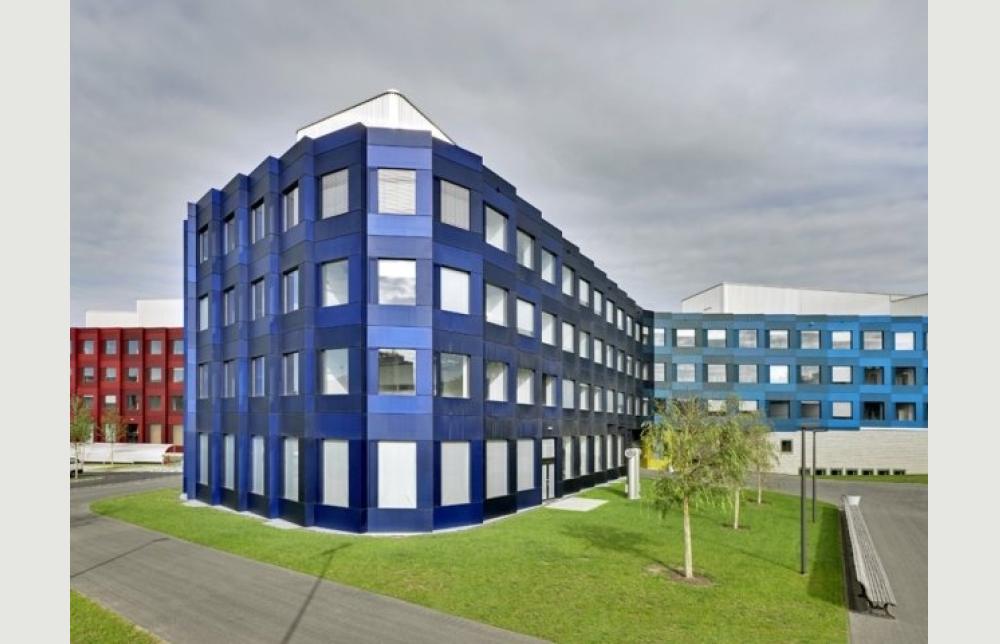 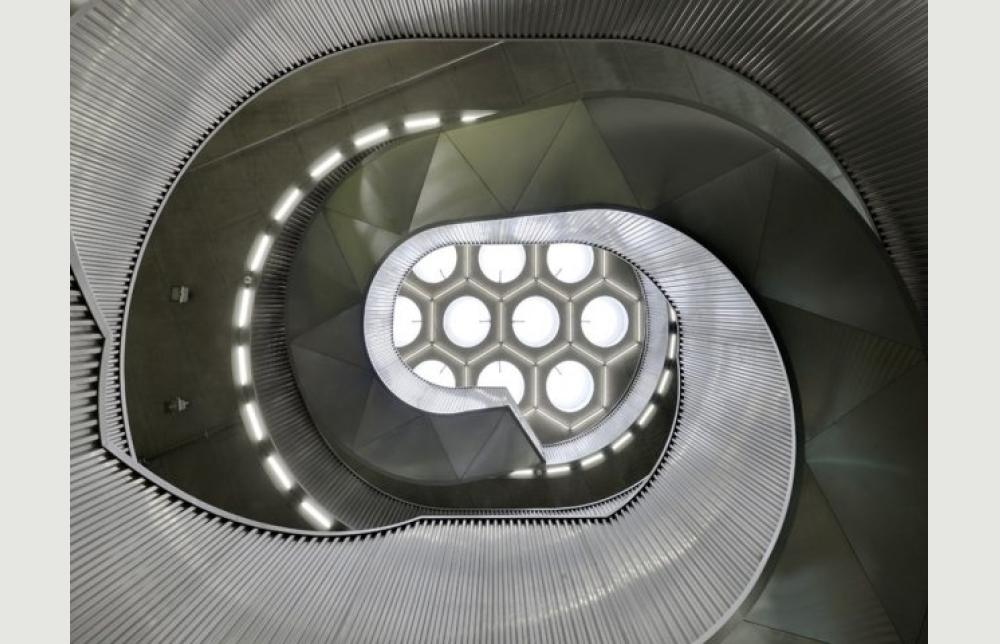 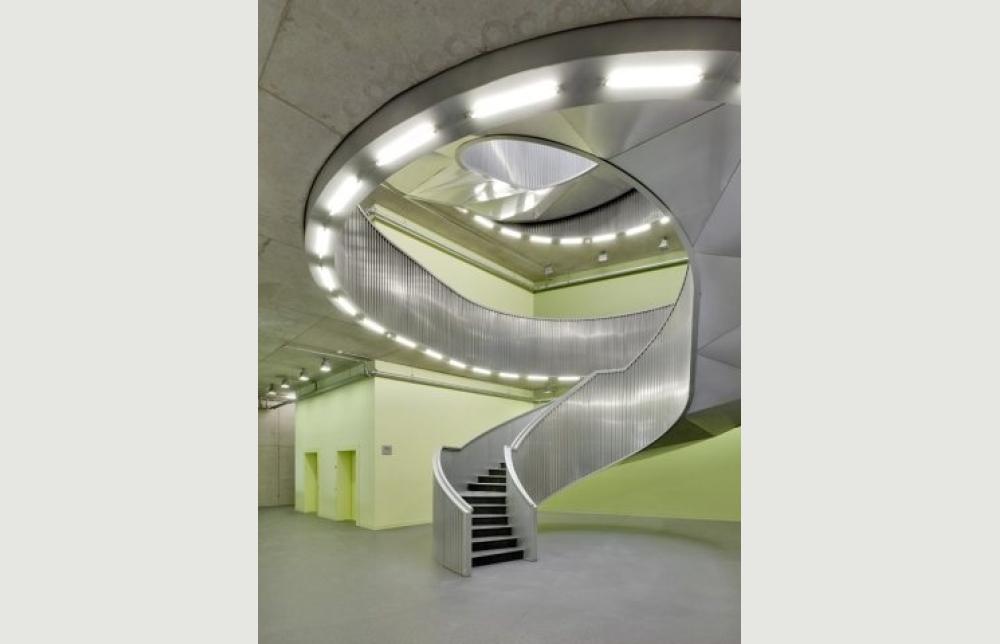 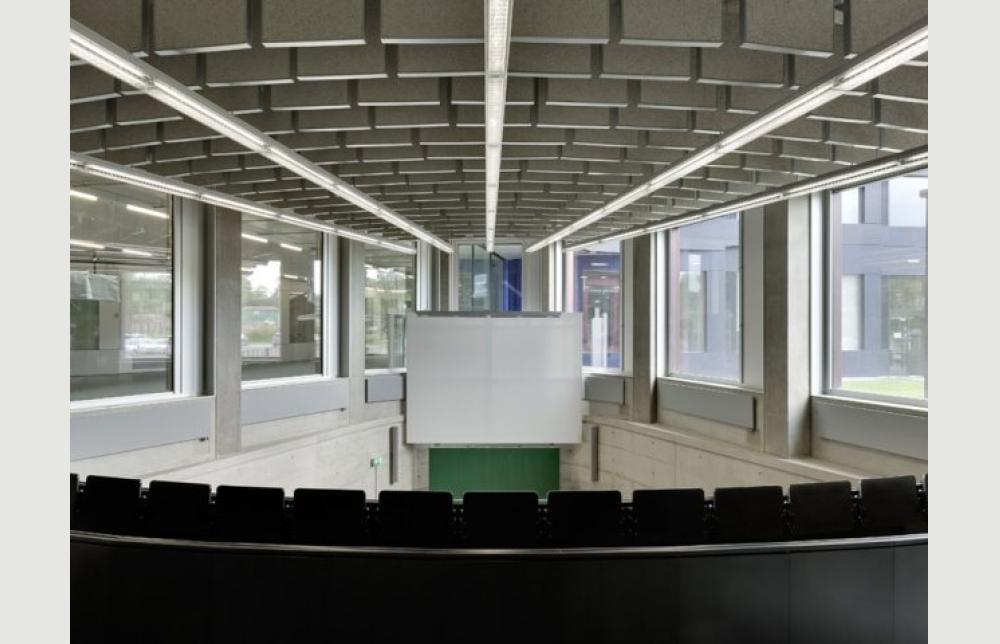 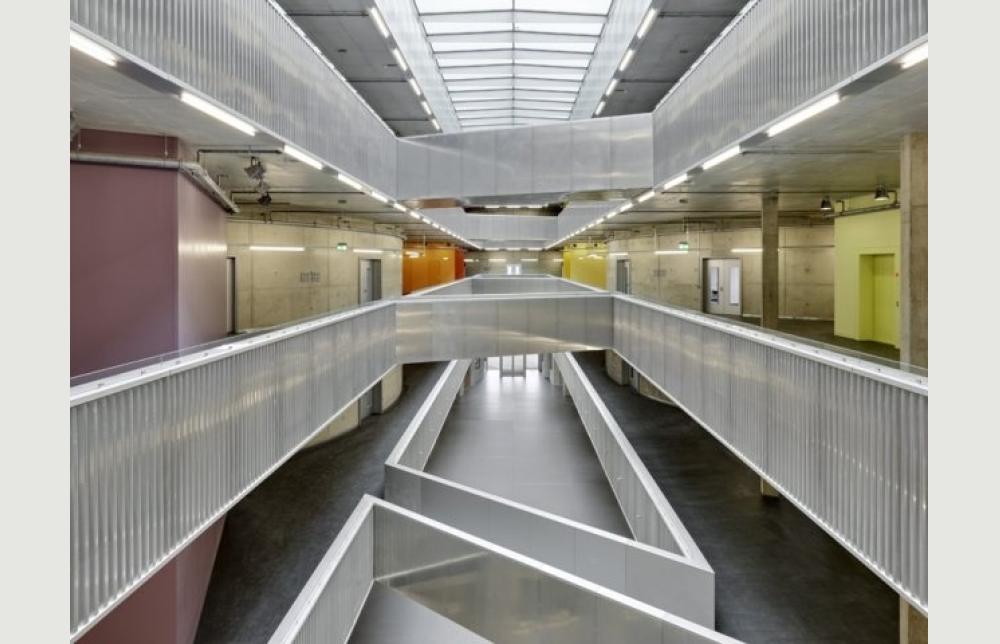 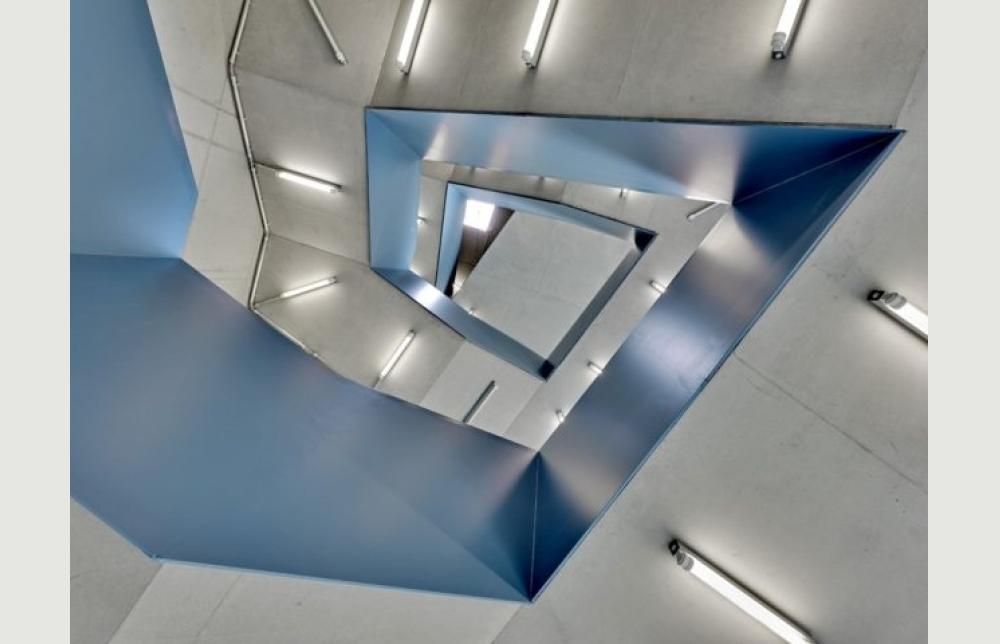 A research centre in Giessen, Germany, is a colourful addition to a university’s campus, adding unequivocal morphological relations to its predictable surroundings.

The centre, made of five buildings, has a rainbow-like façade made of scaled aluminium frames in 32 shades. Each building transitions between gradients of colour and brightness, while the aluminium casts various reflections as daylight shifts. The buildings are arranged like five ‘fingers’ extending from the middle court.

Inside the central atrium, the ground floor hosts ample public spaces including a passageway for pedestrian traffic between the campus and city. Entranceways into research laboratories, located around a central atrium on the upper levels, are controlled.

Architects Behles & Jochimsen Architects BDA won a design competition in 2003 to realize the €92.5 million project, which they’ve constructed over the last four years. Covering 27714-sq-m in total, the building is formally called the Biomedical Research Center Seltersberg at the Justus Liebig University Giessen.