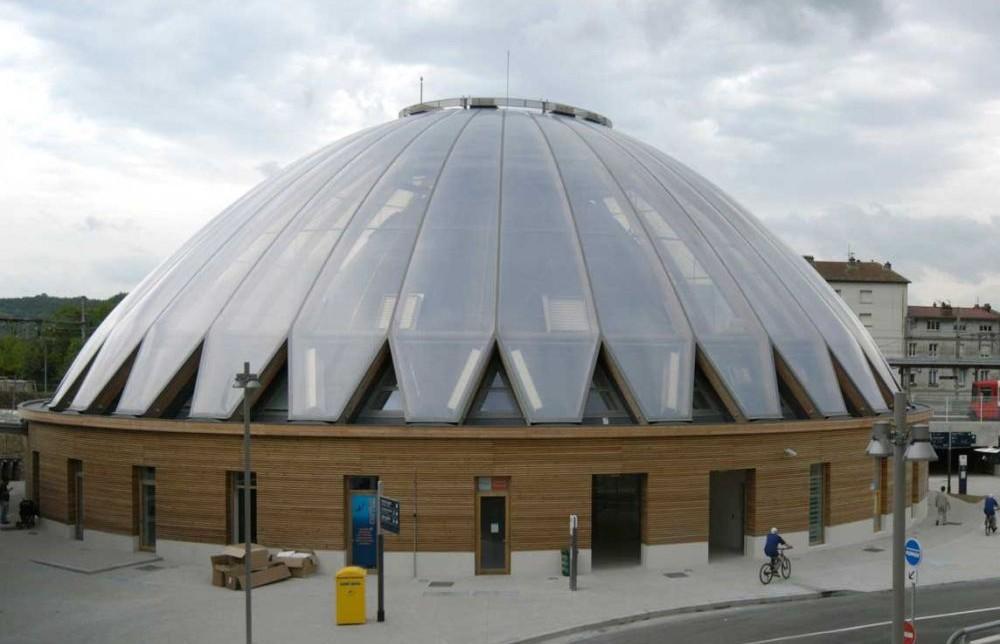 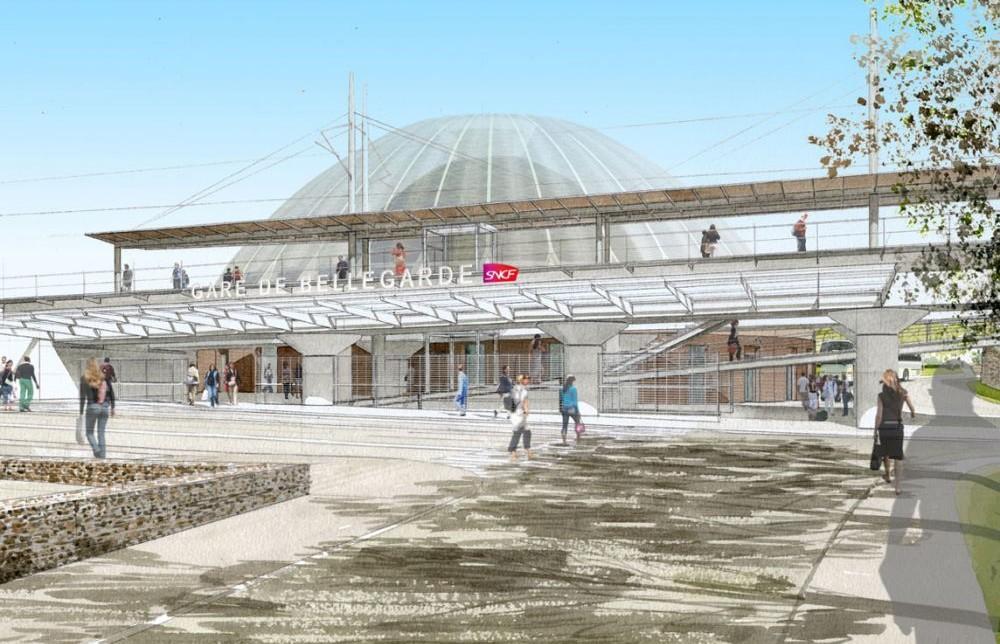 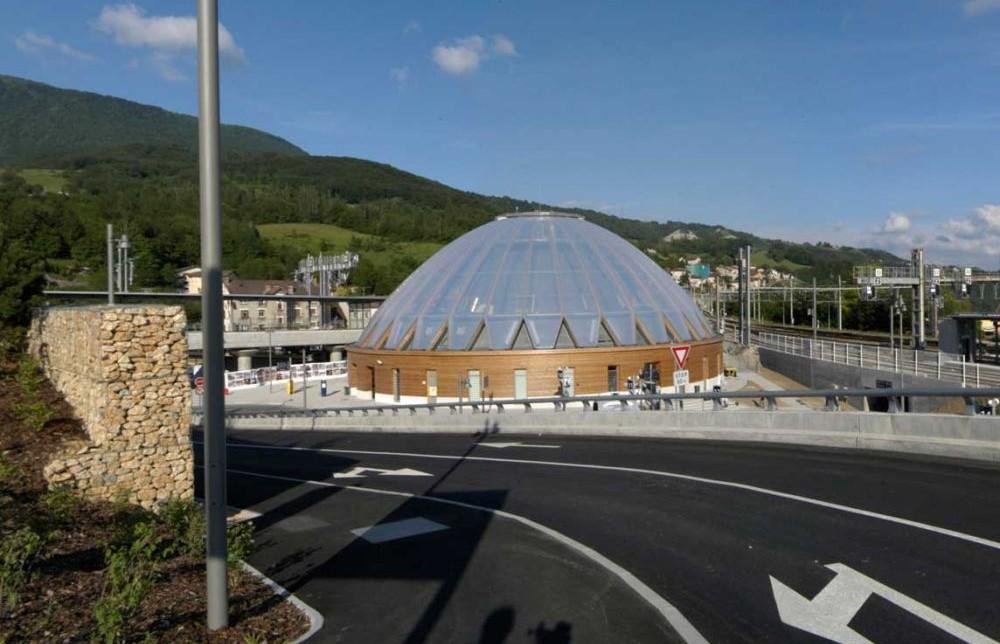 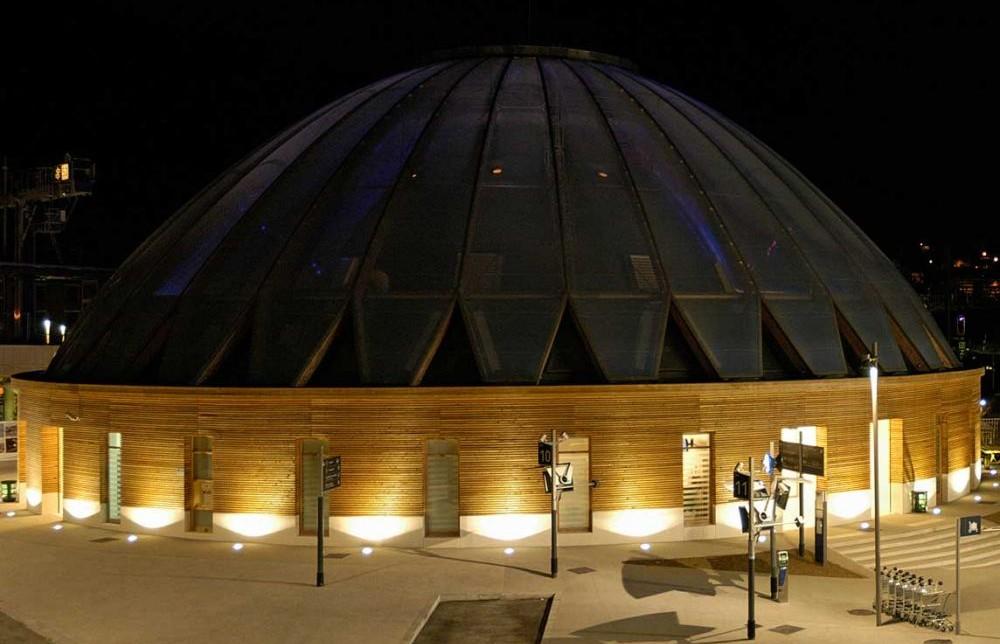 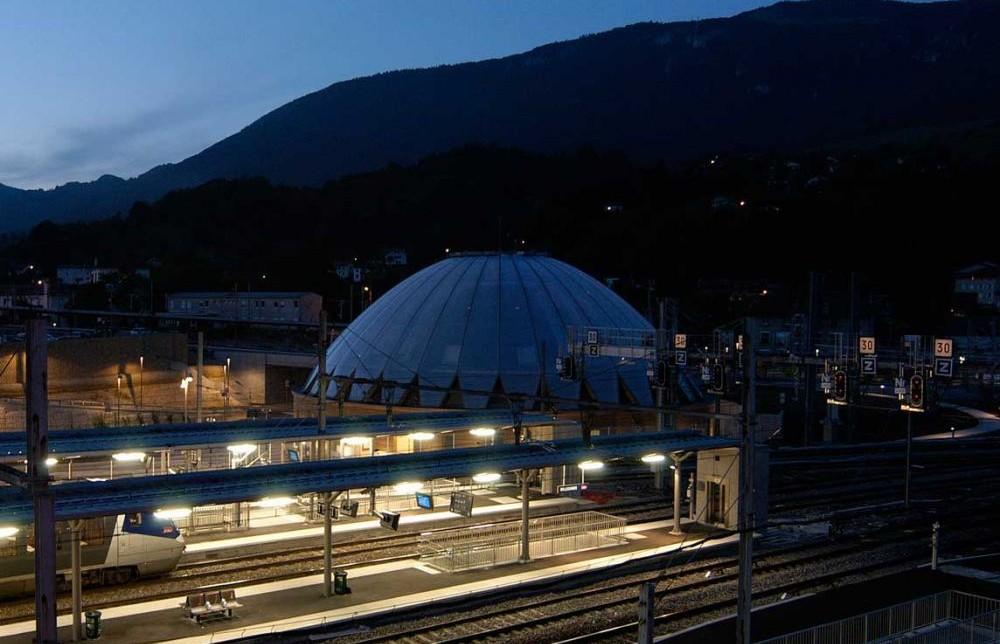 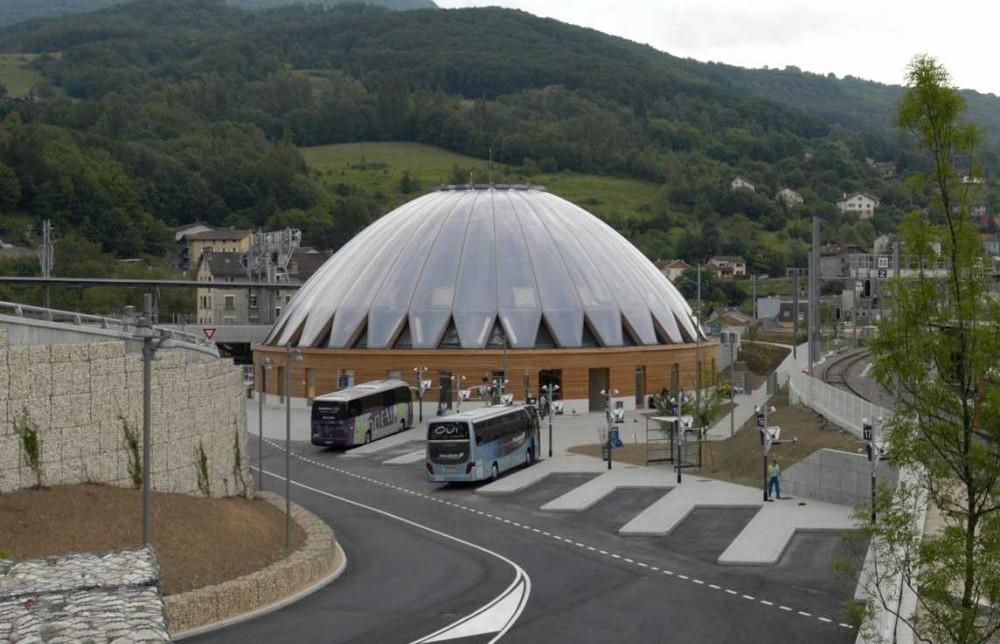 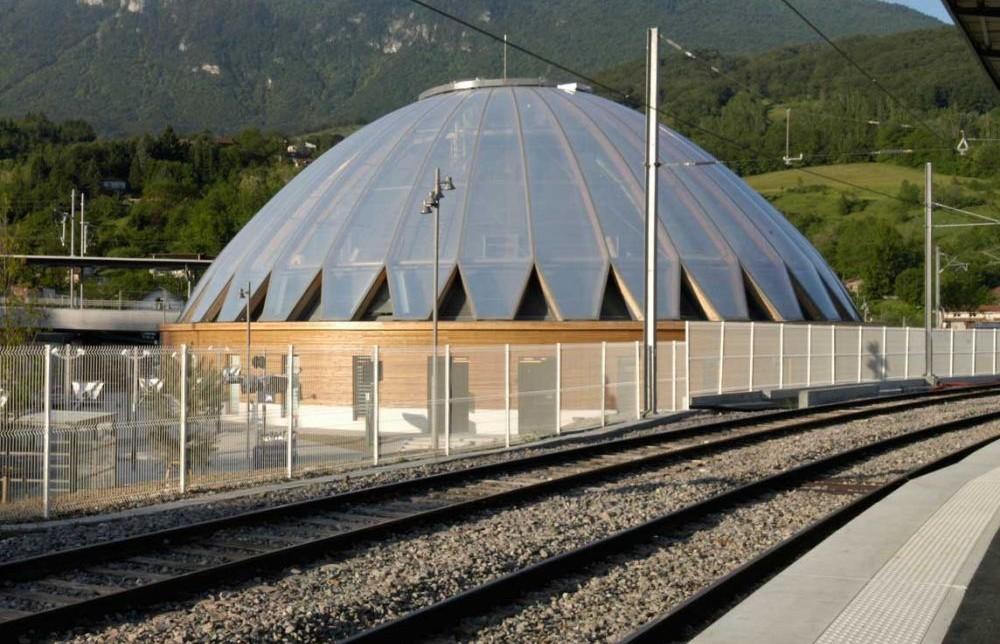 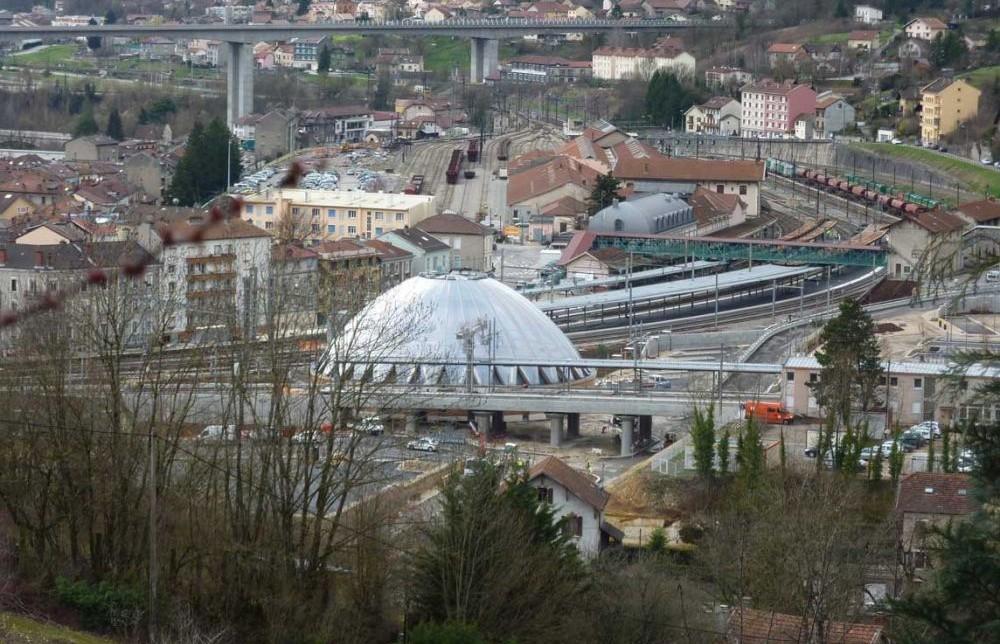 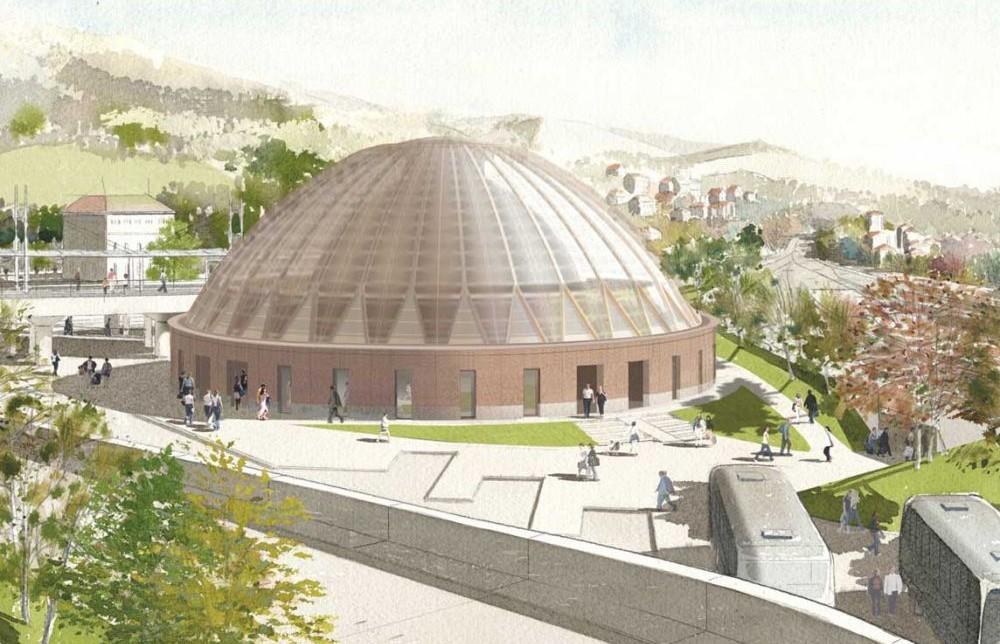 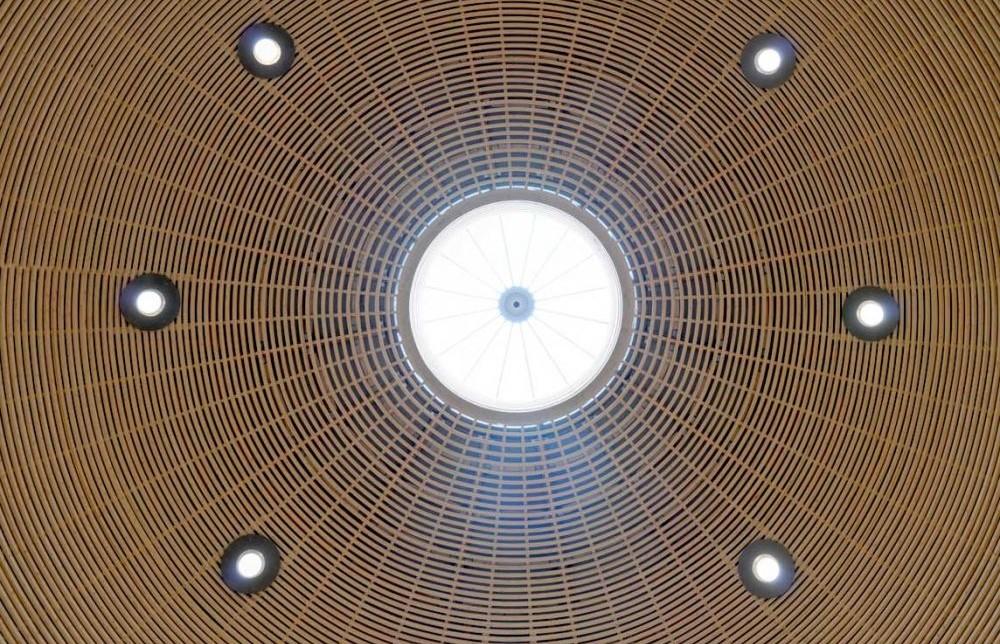 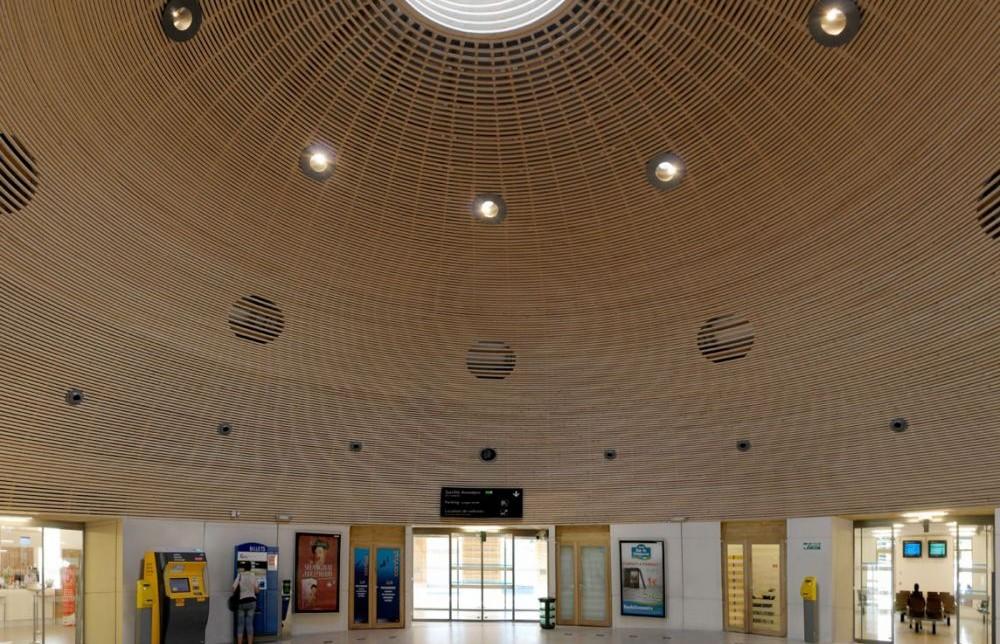 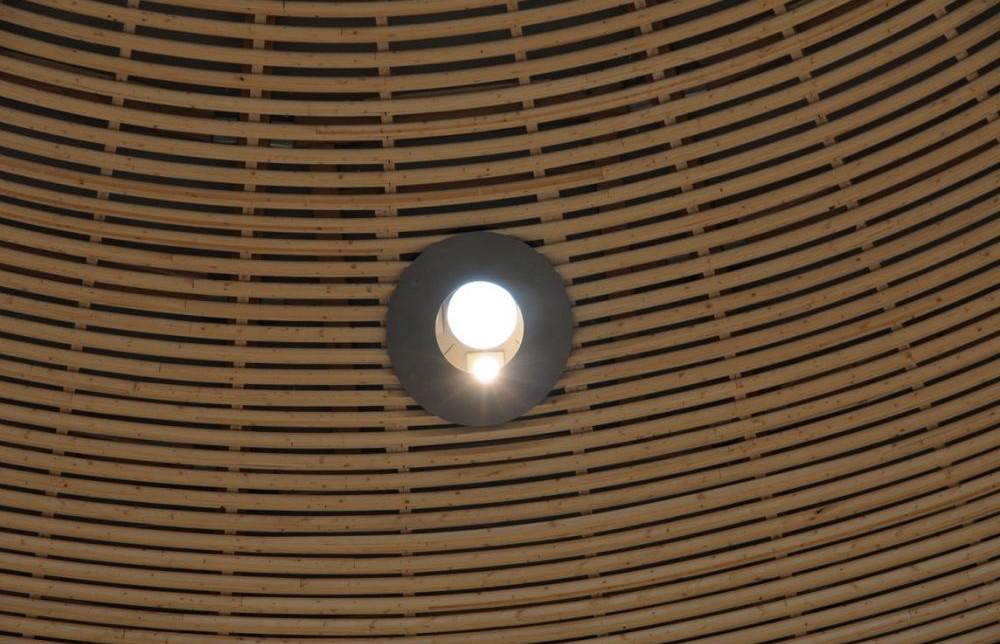 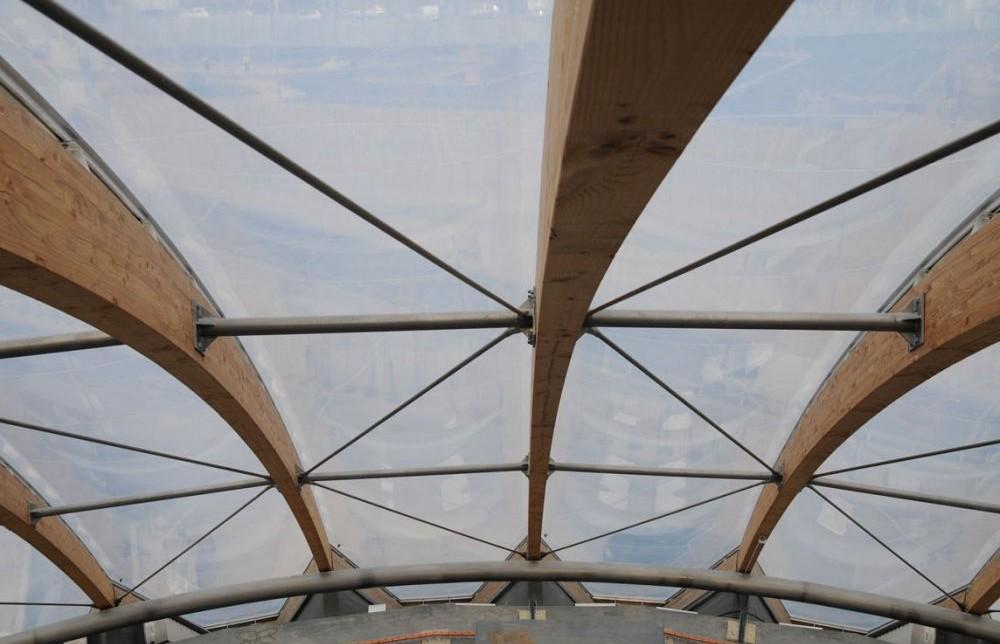 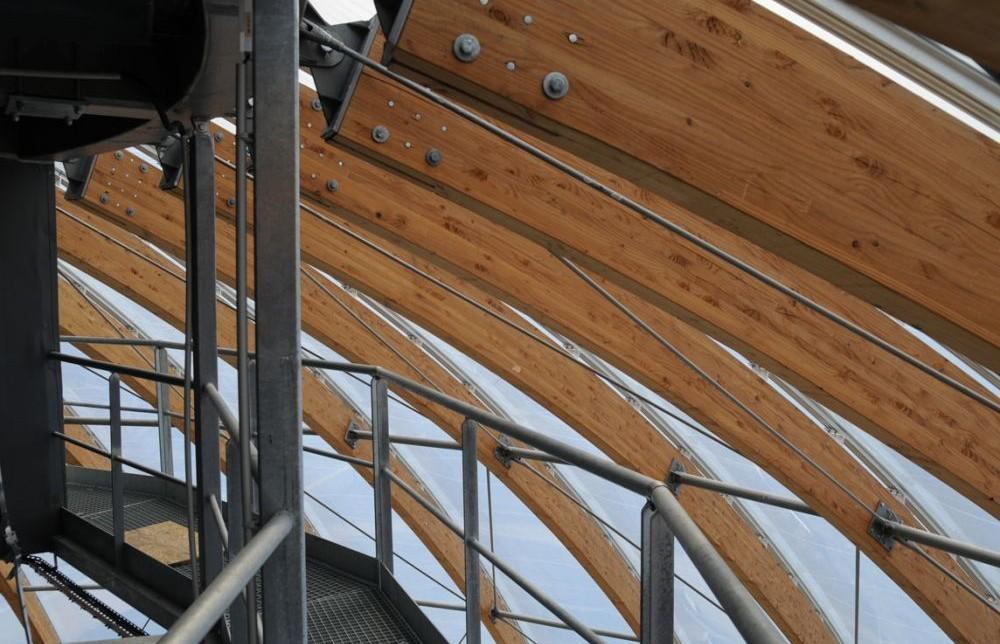 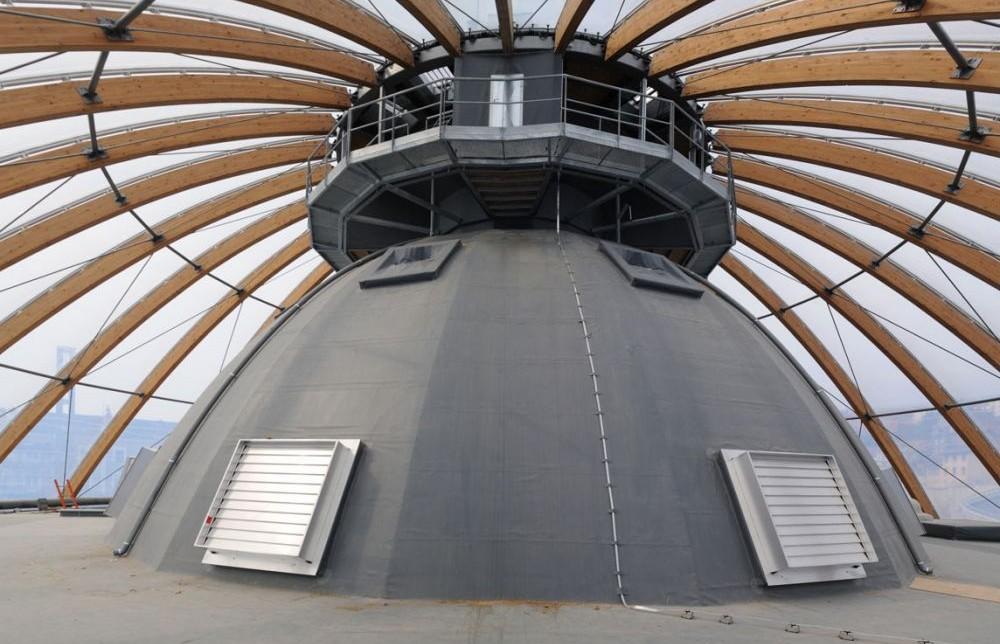 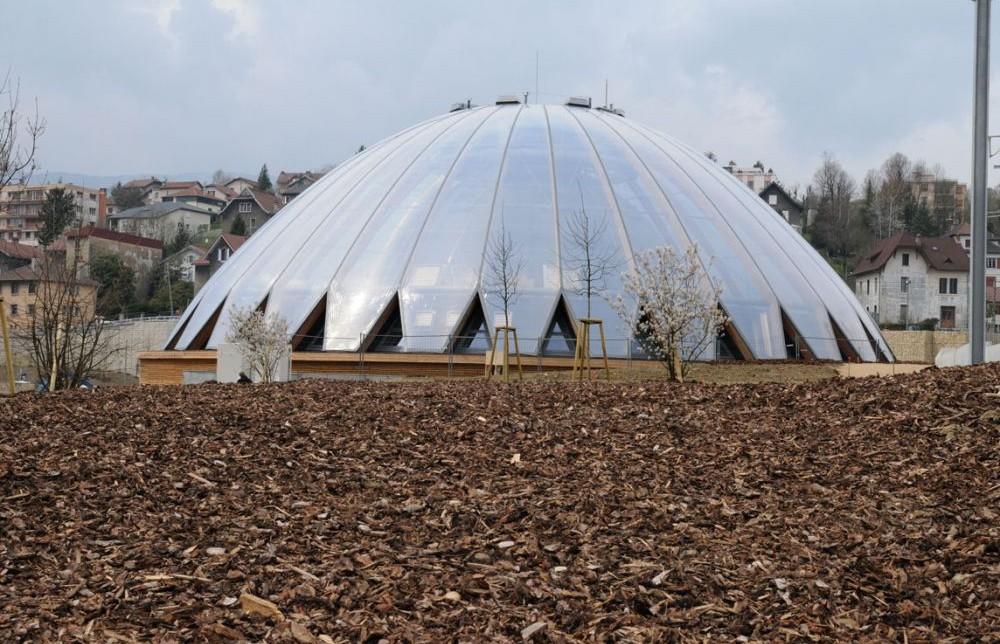 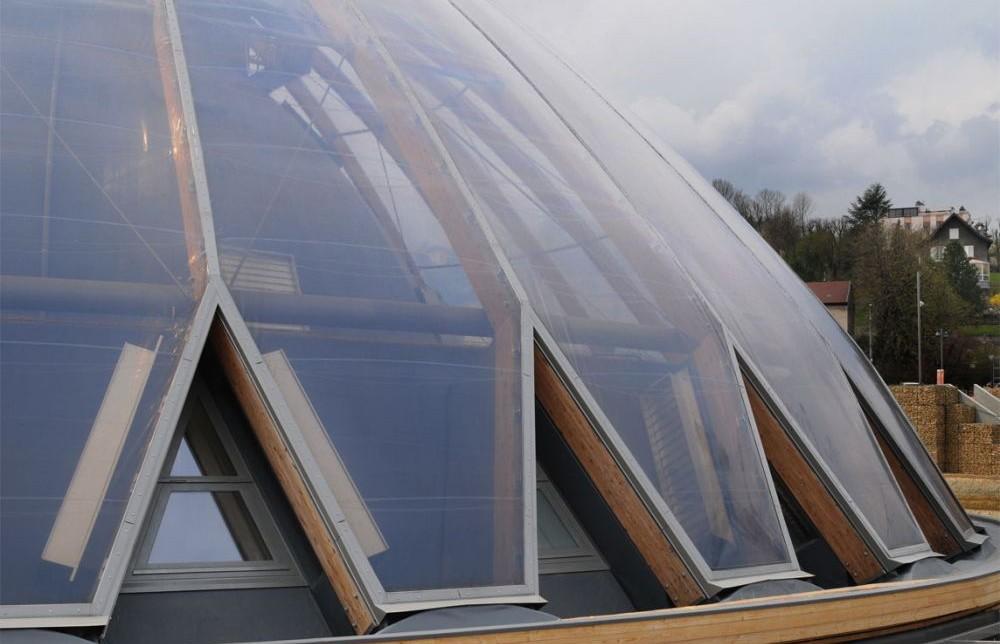 Bellegarde mainline railway station takes a resolutely exemplary and innovative environmental approach, notably as regards energy use. The circular building is structured around two concentric rings. The first of these comprises the central concourse, which is covered by a timber dome open at the top. This first ring is surrounded by a second, housing, on the ground floor, services, retail concessions and airlock-style double access doors. The upper level houses operational premises. The whole is surmounted by an outer, translucent dome. Designed to optimize thermal exchange processes in order to minimize energy costs, the building uses the space between the domes as an active area for heating the public areas of the building in winter, and for ventilating them in summer. The system is supplemented with heat pumps, solar panels, ground coupled heat exchangers, and efficient insulation materials. The building makes extensive use of wood, which is present in the roof structures of the two domes inner and outer and in the cladding of the whole building, with 1,600 m2 of lathework. To minimize construction site limitations, since it was an integral part of a fairly complex environment, considerable use was made of prefabrication. Pivoting around the circular building, the Bellegarde intermodal transport hub is located adjacent to the Valserine Gorge, in a site hemmed in by hills, at the junction of the railway lines from Culoz and Bourg-en-Bresse. The latter line has been rehabilitated as part of the Haut Bugey project to shave 30 minutes off the travelling time from Paris to Geneva. The transport hub is bisected by an urban road linking the up-per and lower towns, and includes passenger drop-off and taxi provision, two car-parks offering 90 and 135 spaces respectively, and the station building itself. The platforms for regional train services are connected via an underpass, while the plat-form for the new TGV line is accessed via a ramp. The site has been extensively remodeled. Almost 40,000 m2 of rock back-fill was removed to open up the ground so as to help facilitate the movement of people with reduced mobility between the car parks, the passenger building and the platforms. It features a 10-metre height differential between the upper and lower access points, while the TGV and TER lines are on two levels with a 5-metre height differential. Some 80 of the retaining walls have been built using gabions. The site will be planted with vegetation specially chosen to take the limitations imposed by the mostly rocky terrain into account. Also noteworthy is the strict management of run-off water, as the site is located on a fairly extensive catchment area.