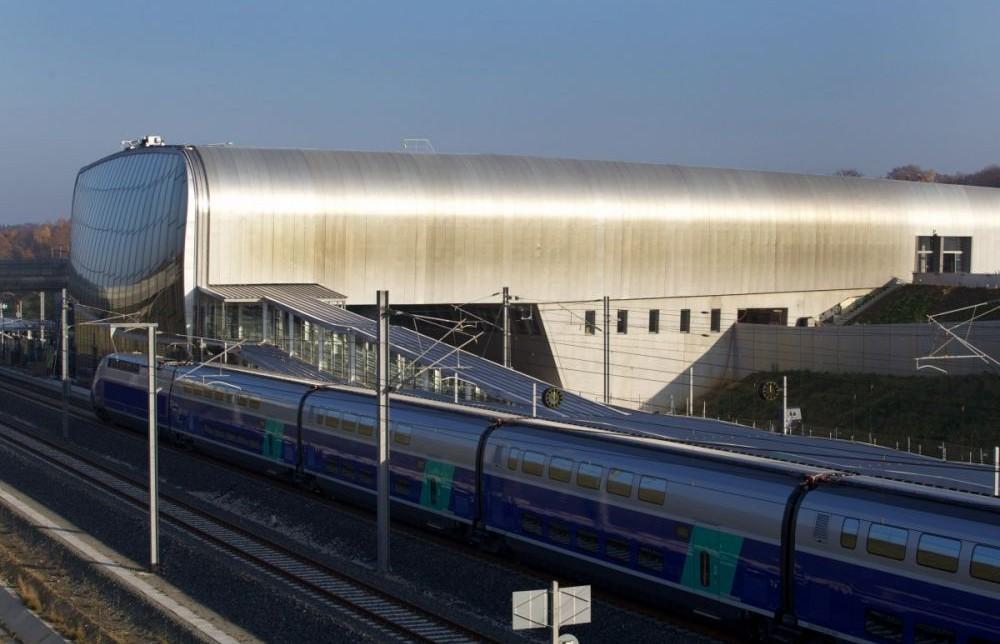 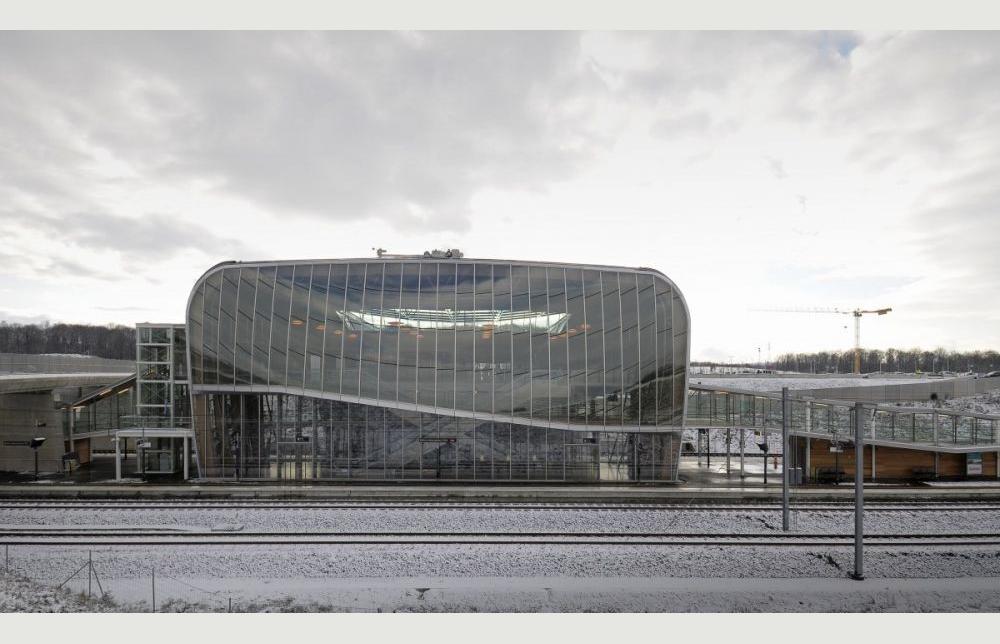 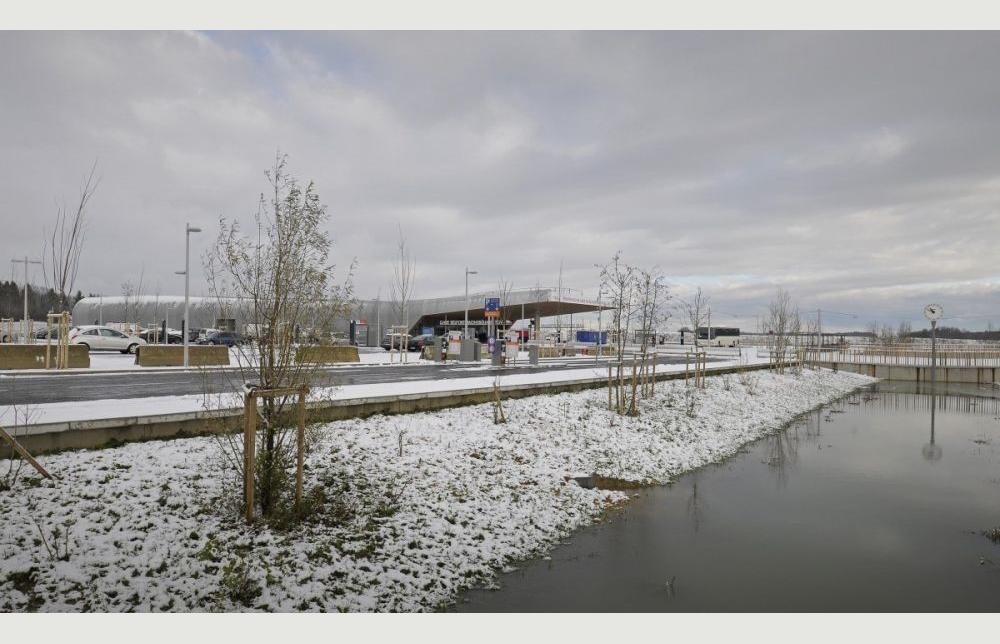 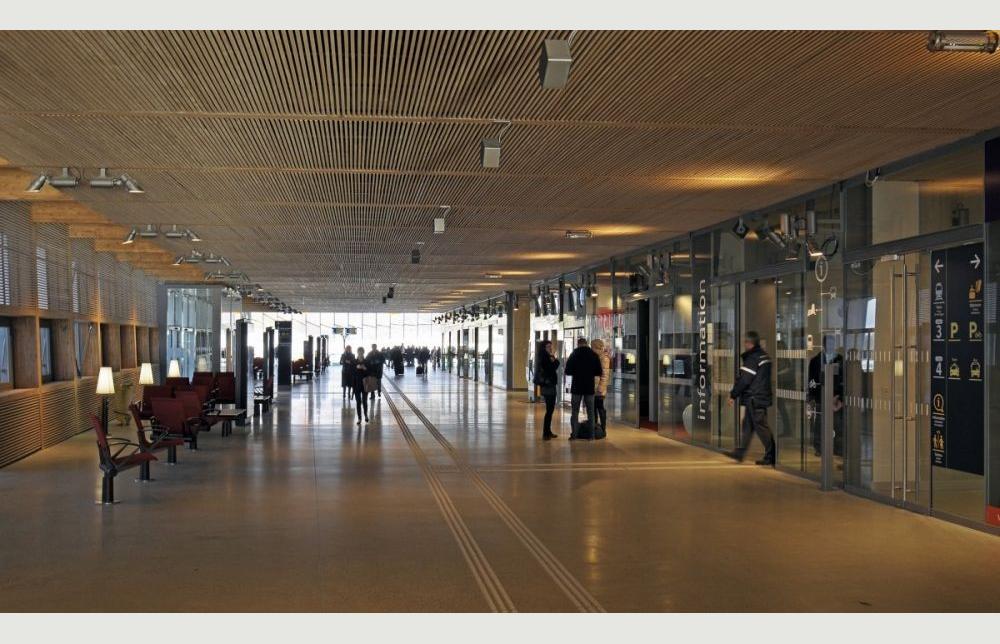 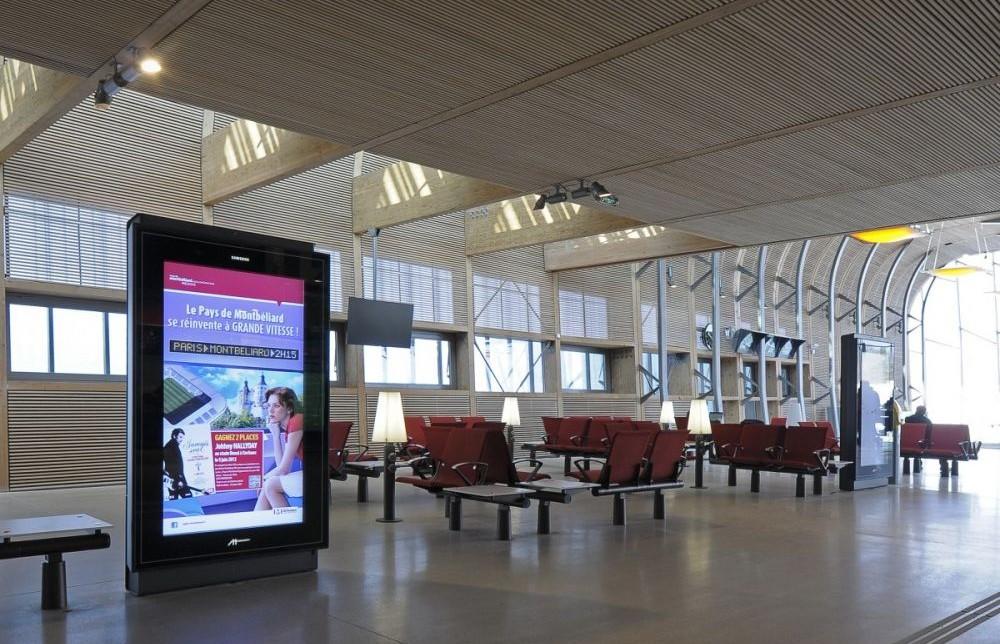 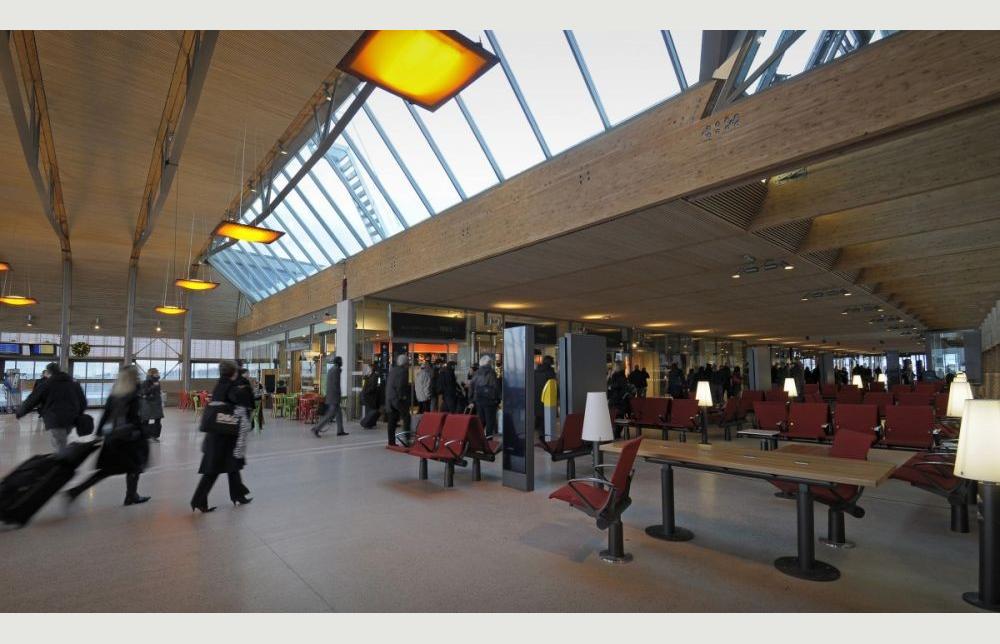 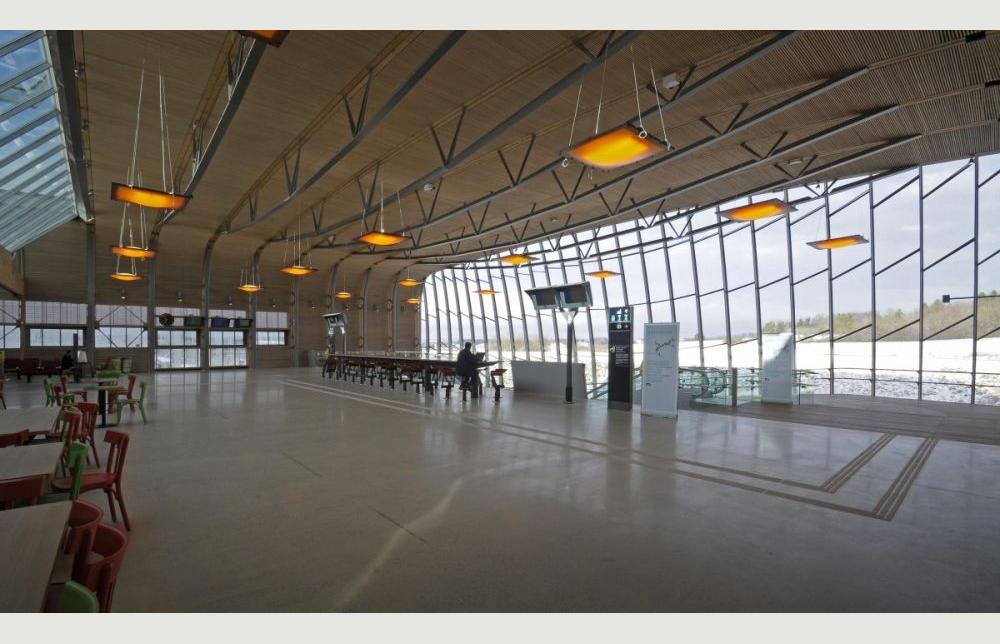 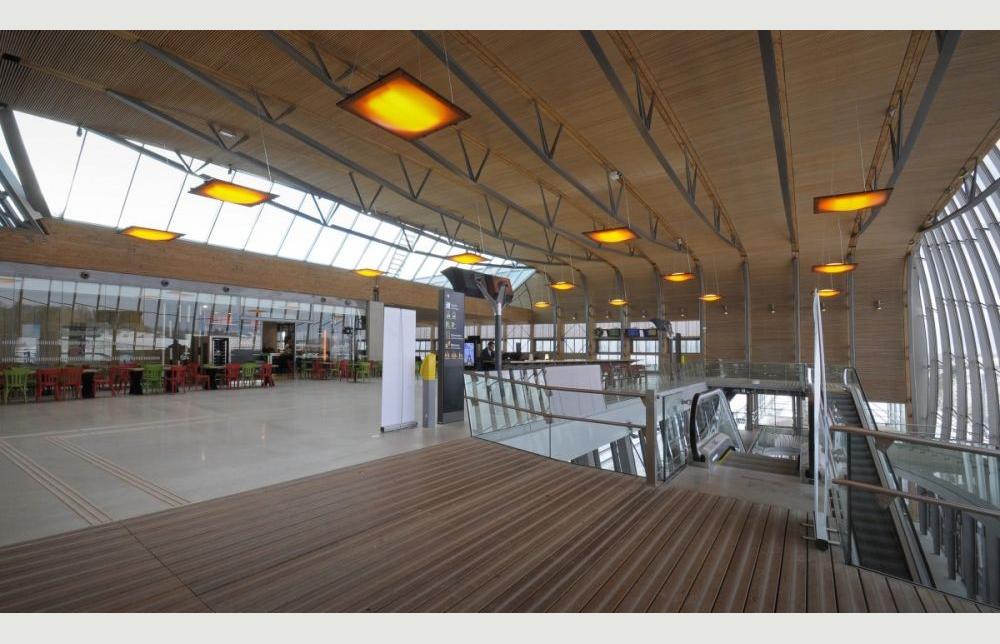 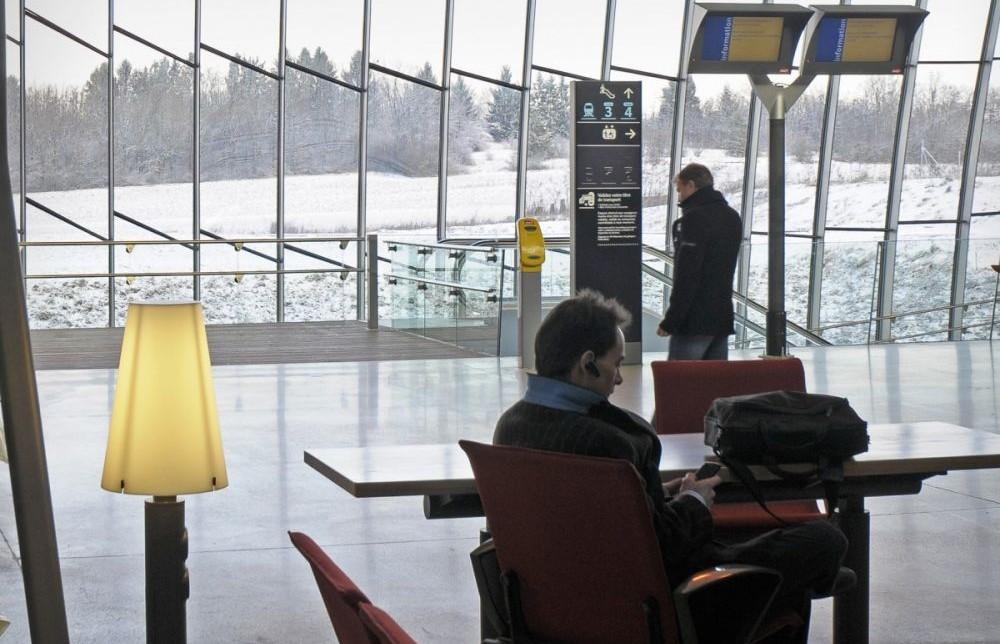 Designed as an intermodal link between the rail infrastructure and the region, Belfort-Montbéliard TGV station optimizes transport interfaces, including a connection with the future Belfort-Delle local line. The building is characterized by its elongated trapezoid shape, the cantilevered roof over the main entrance to the south, and the wider volume of the passenger hall which extends to the central platform. The hall’s glass façade provides a panoramic view of the Vosges hills. The spatial organization of the station is designed for travellers to find their way easily and intuitively. An interior gallery stretches out along the north-south axis, with other modes of transport converging around it:

–       to the east, service areas and access to other modes of transport (local trains, buses, coaches, taxis, two-wheeled vehicles).

Travellers entering the station are drawn by the light and the view towards the ways down to the TGV platforms. Winding around two escalators in scissor formation, a 1:10 ramp runs from top to bottom of the glass volume. The building also has a floor partly below ground level, for technical and service rooms, and a lower level with a waiting area giving onto the central platform. The station expresses synthesis between technology and nature: its metal superstructure evokes local expertise (coachbuilding, boilermaking, the automobile and rail industries), while its wooden structure in glue-laminated timber and interior facing in lathing evoke the natural environment. It is also one of the first stations in France to obtain High Environmental Quality (HEQ) certification, in recognition of the technologies used in its design.