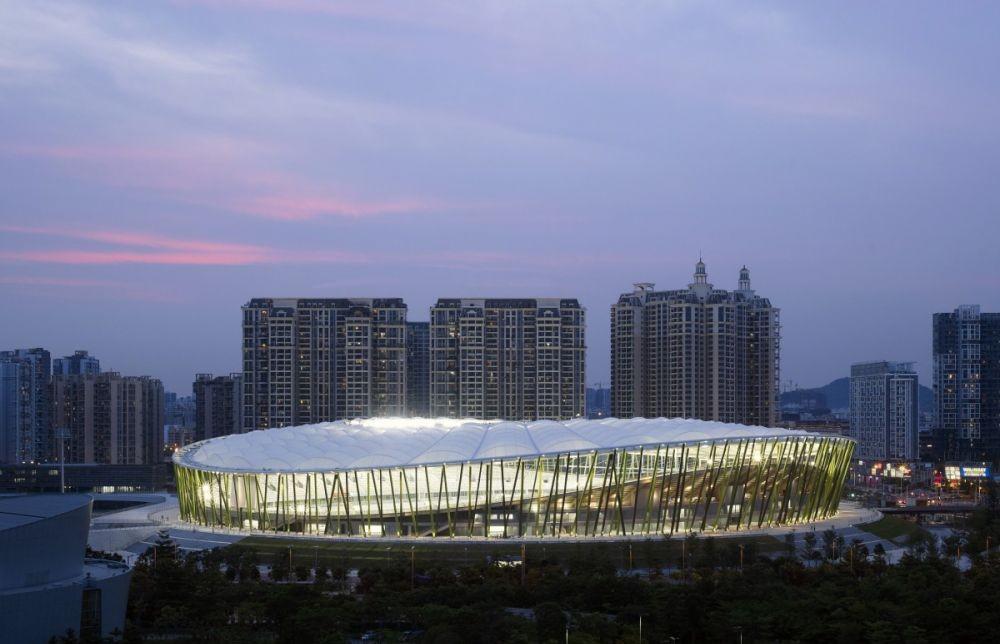 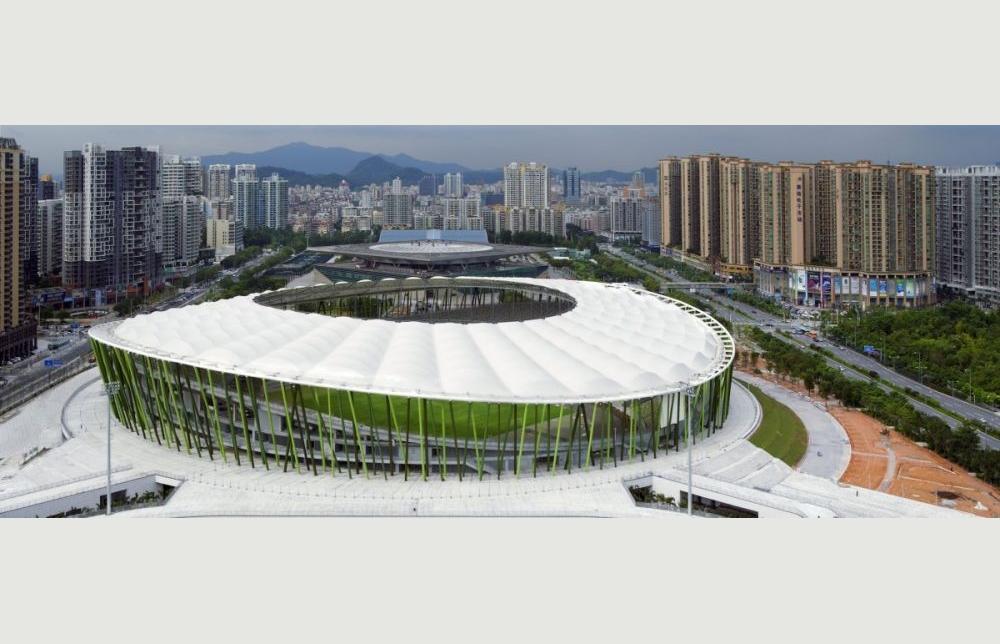 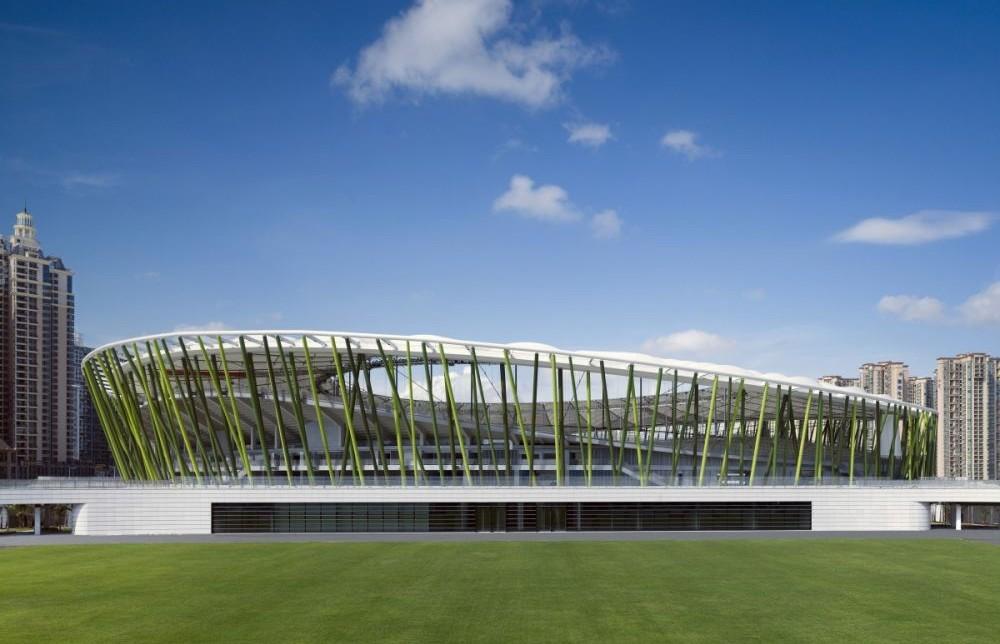 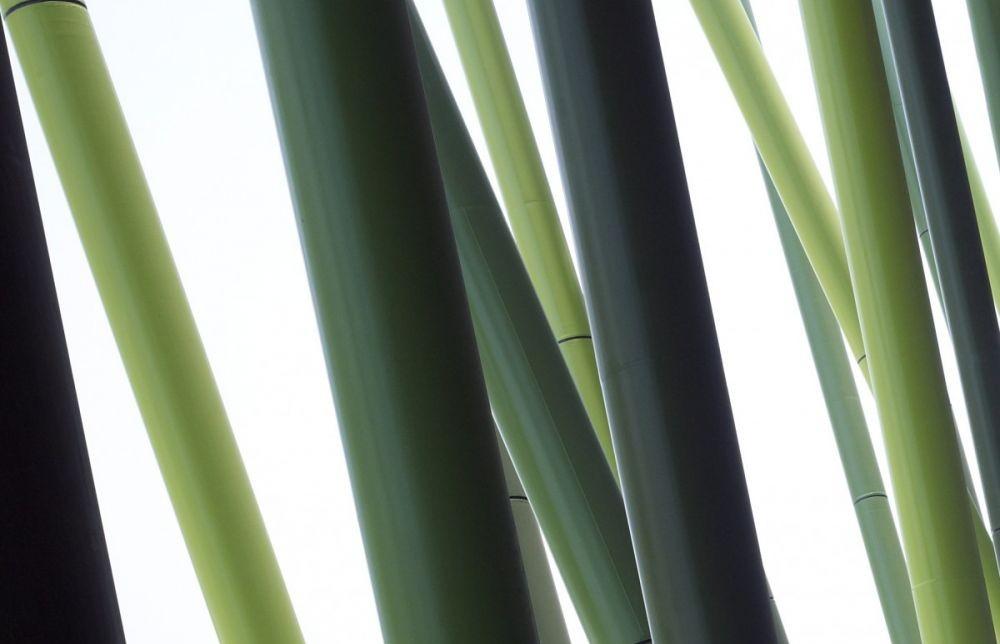 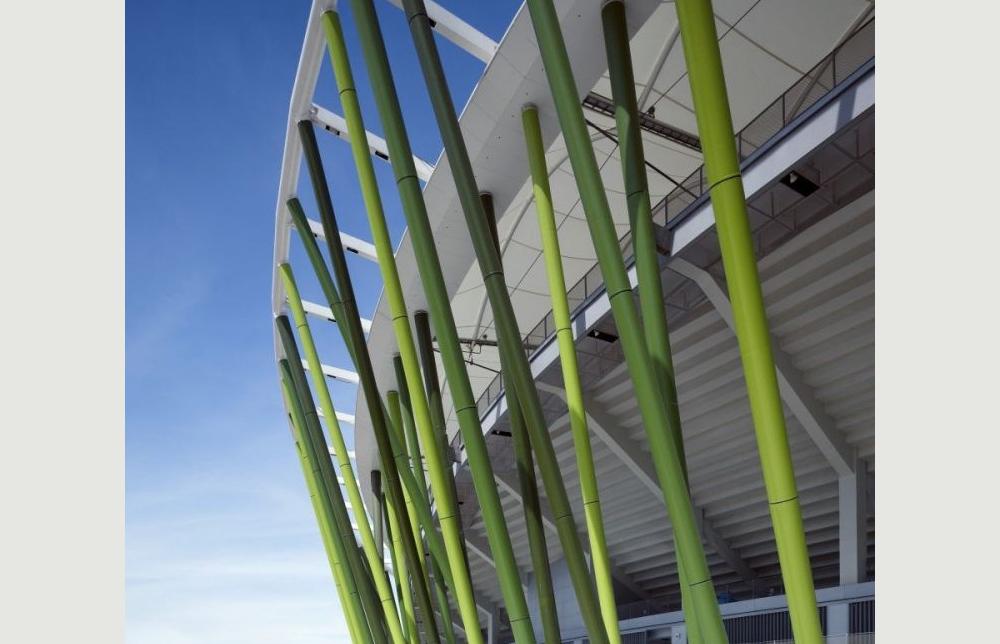 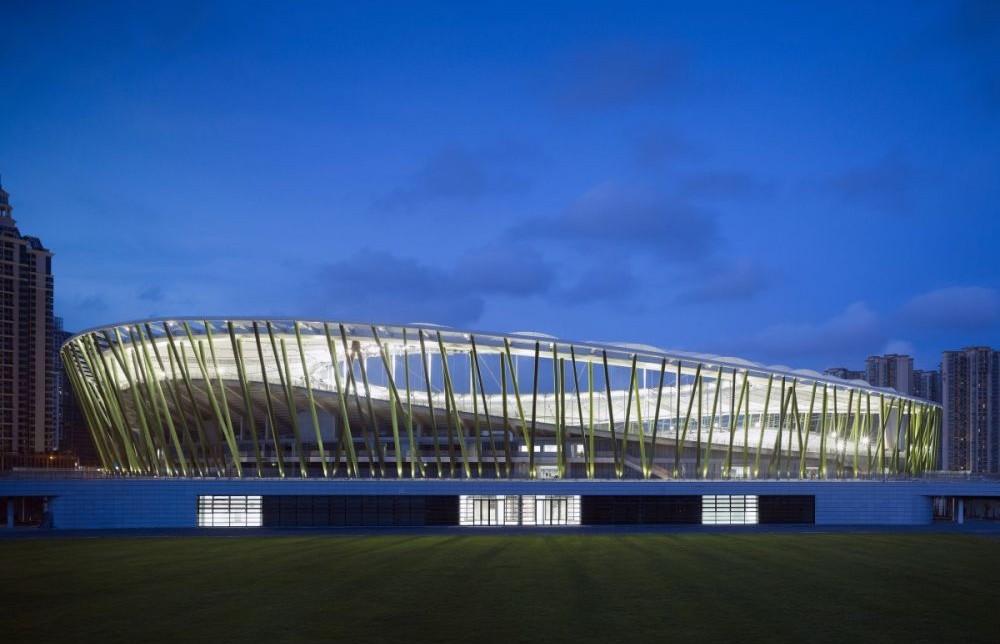 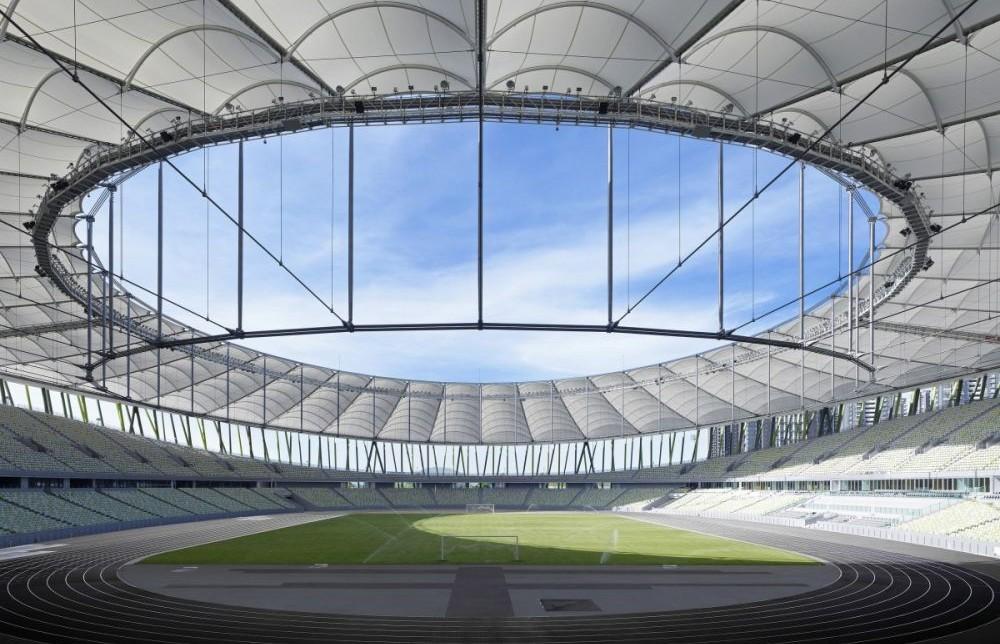 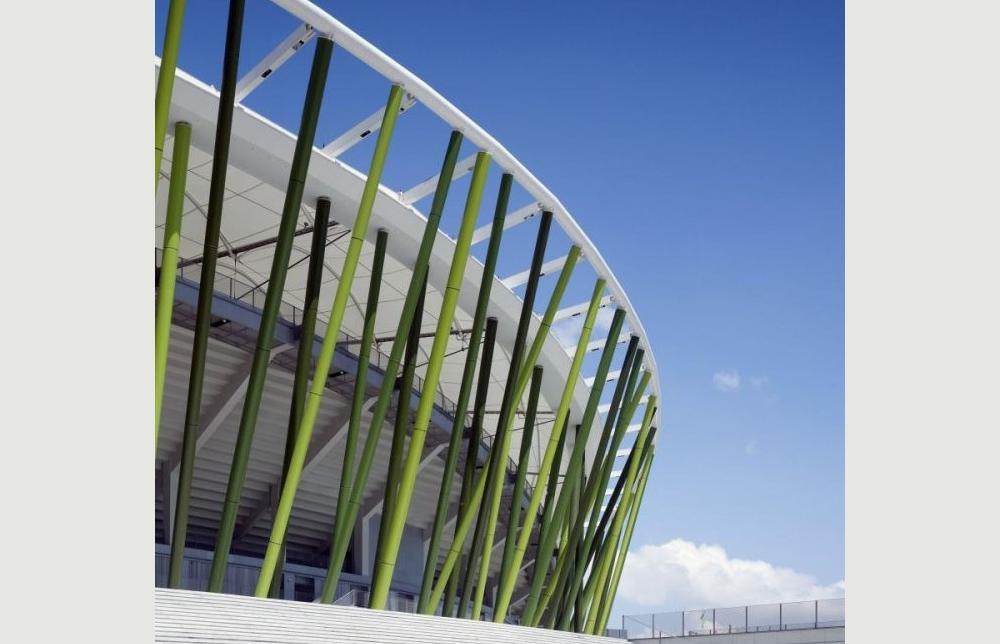 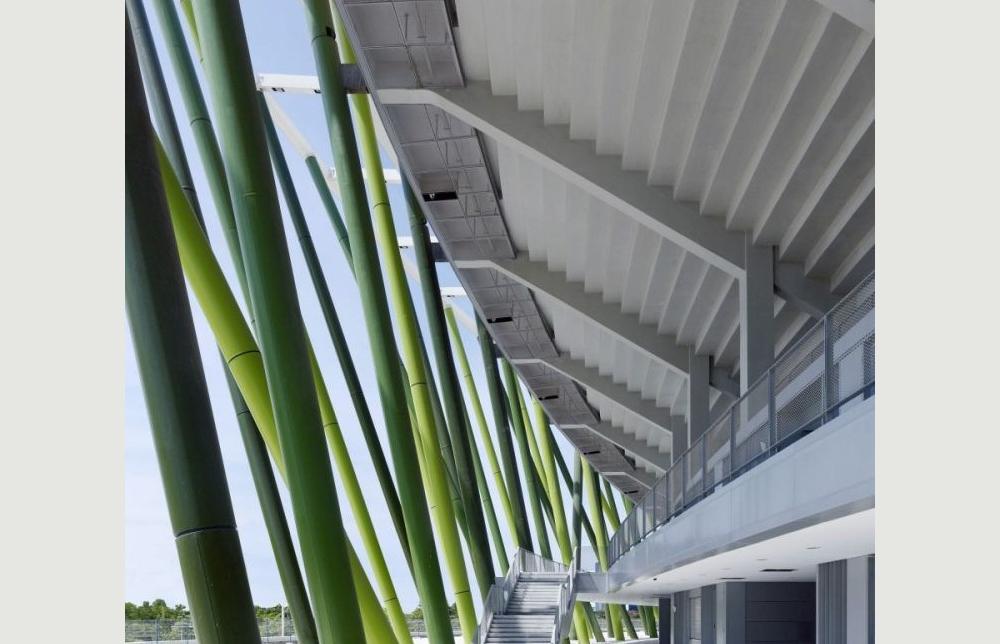 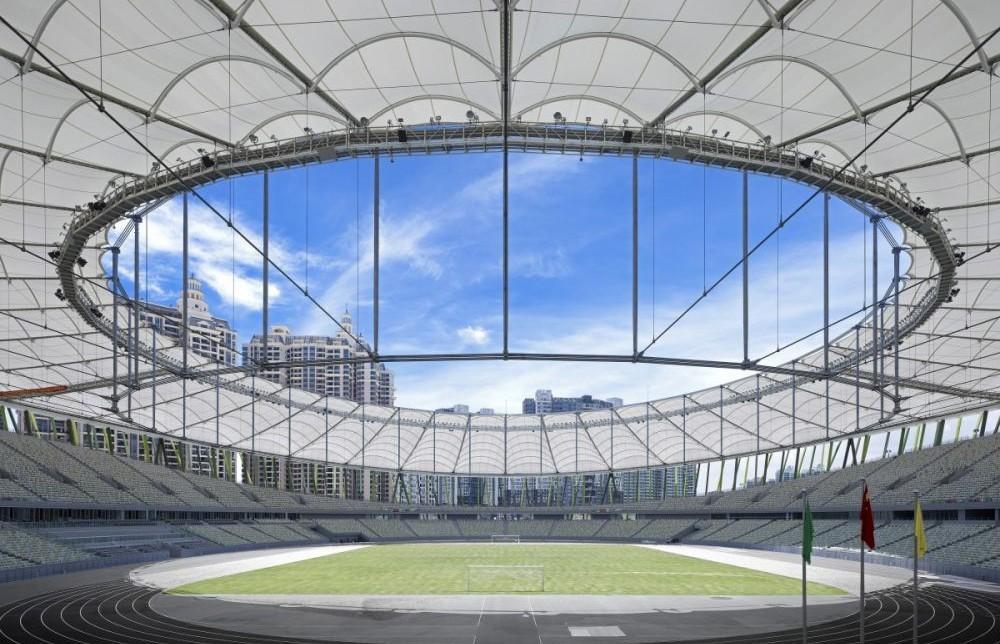 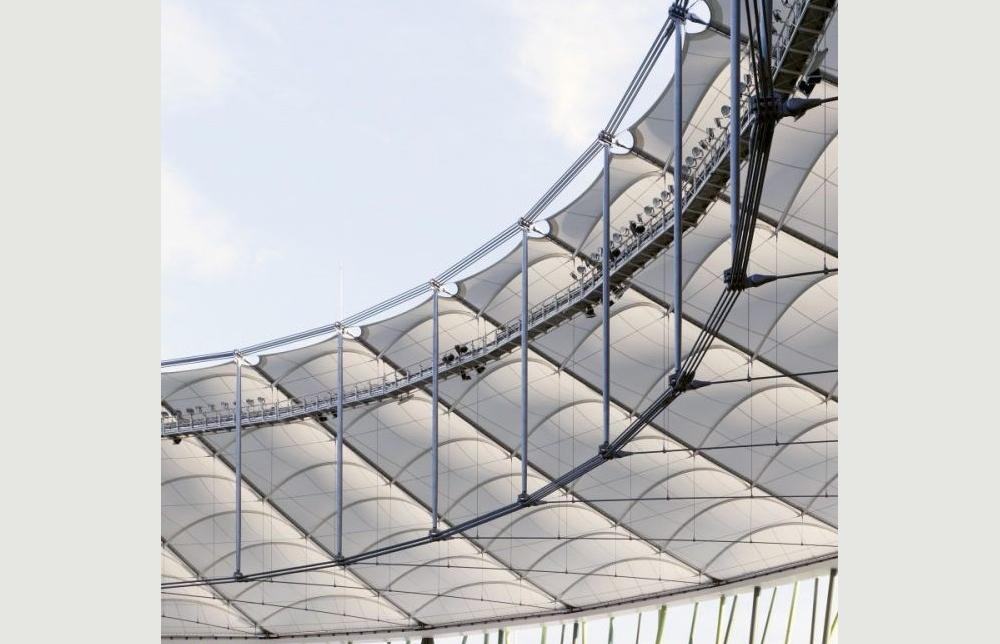 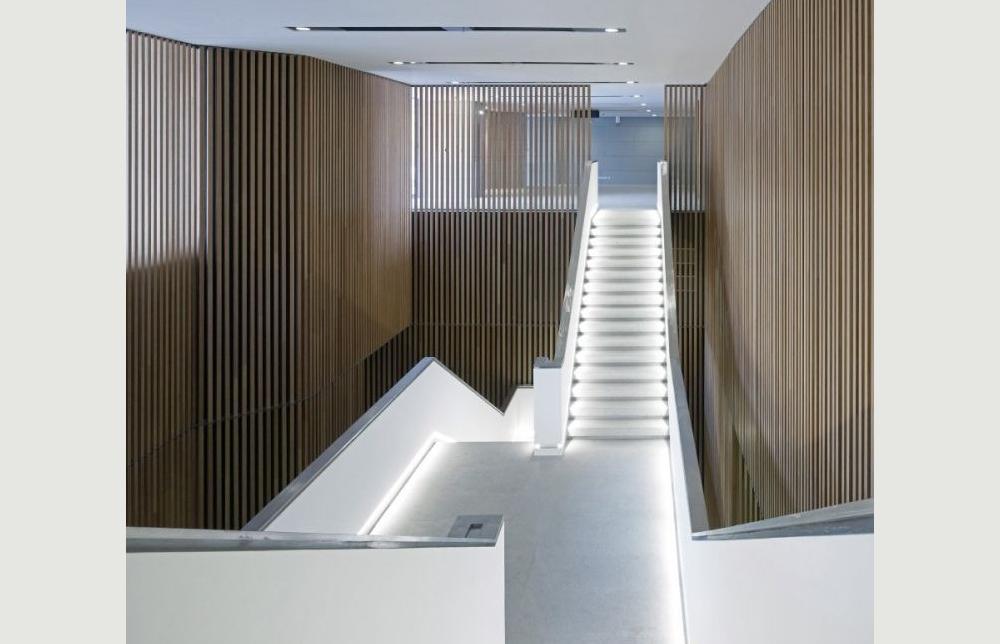 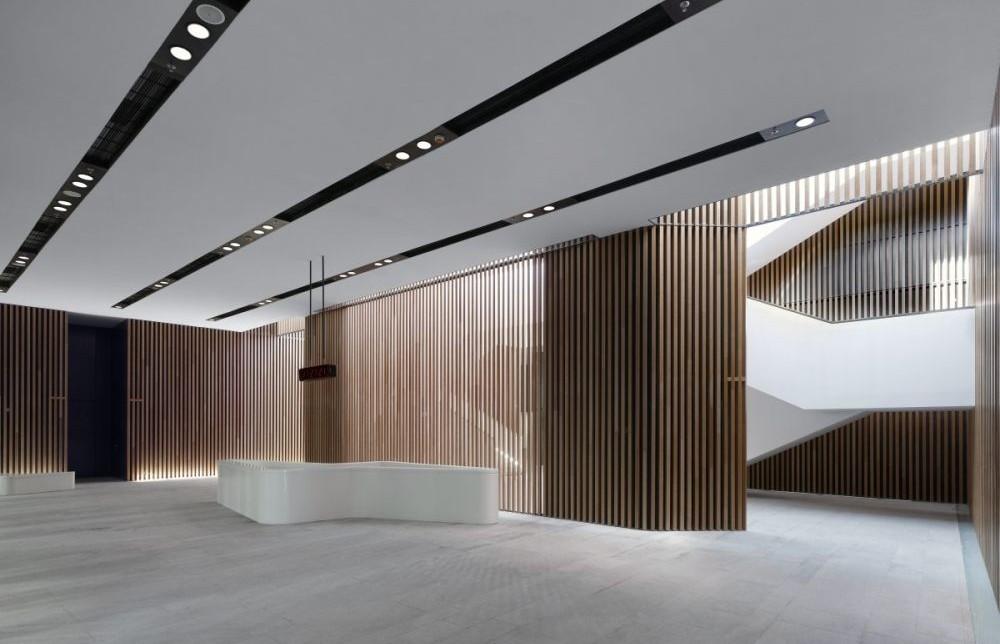 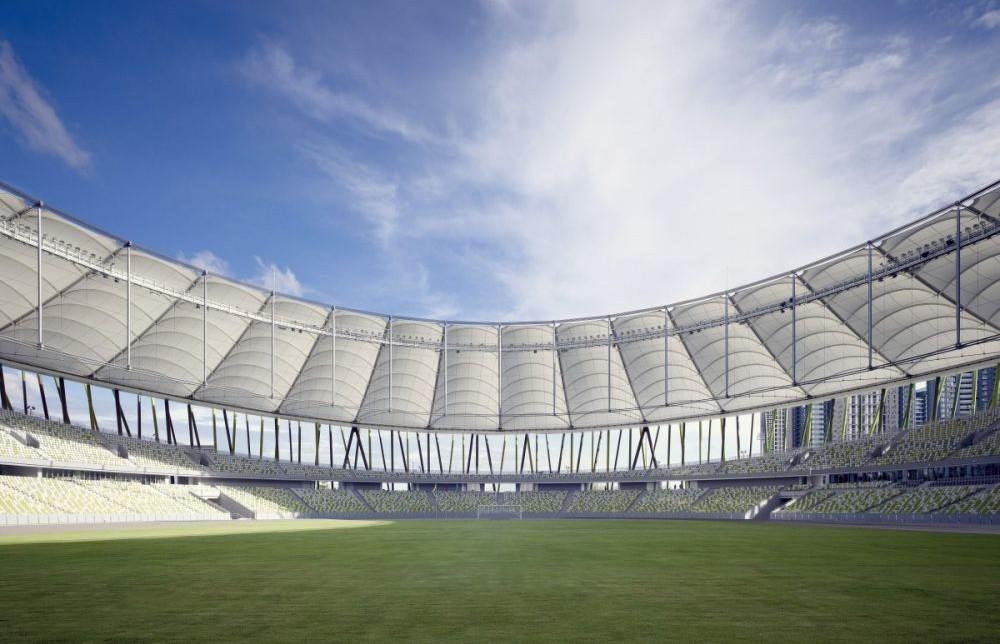 Once again, in 2011, one of the largest sports events in the world will be held in China. For several weeks, the summer Universiade in Shenzhen, north of Hong Kong in the Pearl River Delta on the Chinese mainland, will focus world attention on the up-and-coming city. The stadium (actually in the Bao’an district) is designed as an athletics stadium holding 40,000 spectators. However, during the 2011 Universiade, it is being used for football matches.

The extensive bamboo forests of southern China were the inspiration for the design. The bamboo look serves two purposes. It reflects the character of the region, and thus creates identity. And it serves as a structural concept for both the load-bearing frame of the stadium stands and the supports for the wide-span roof structure. The outermost part of the stadium unites façade, structure and overarching architectural theme in a single feature. The natural look of the bamboo forest, together with the interplay of light and shadow between the trunks, is interpreted structurally through rows of slender steel supports, as outsize, abstract versions of the bamboo shape.

The stadium is located in the immediate vicinity of a sports arena and swimming bath, which have already established an east-west axis. The stadium and the attached warming-up place fall in with this existing urban axis. The choice of a pure circle for the geometry of the stadium was a decision not to introduce any other geographical orientation into the urban-planning situation, and to emphasize the central character of the sports venue. Appropriately for the uses of the building, the stadium stands on a grassed plinth, which incorporates on the inside the lower tiers of seating and internal functional areas.

The geometry of the spectator seats involves a modulation from the oval of the athletics track into a perfect circle. The undulating upper tier of the stands is the result of this modulation, creating a large number of seats on the long sides of the pitch and fewer seats on the short sides. The curved line of the upper edge of the stands is repeated by the overall shape of the stadium.

Visitors to a sports event access the stadium via broad flights of steps that lead up to the podium on four sides. The flat podium allows free circulation around the whole stadium and easy access to the seats from any side. Visitors pass through the forest of steel supports into the first circulating area of the stadium, and thence go either up the steps to the upper tier or straight on to the top of the lower tier. The image of a bamboo forest is created by the double row of steel supports, which come across as irregularly spaced and angled as in a real forest. Every other support in the inner row is connected with the concrete structure of the undulating upper tier, thus carrying the vertical loads of the spectator seating.

Though the supports for the roof structure stand inside the rows of stand supports, they are completely separate from the concrete structure in order to cater for independent movements in the large roof. The steel tubes, which are up to 32 m in length, differ qualitatively according to their load-bearing behaviour and function. In diameter, they range from 550 mm to 800 mm, varying in accordance with their differing static loads. The horizontal stiffening of the structure and drainage of the roof membrane is likewise provided by special supports.

Particular attention was also paid to the efficient use of materials during the design of the roof structure of the Bao’an stadium, as a fundamental principle of sustainable building. This is why a membrane roof suspended from an outer frame was selected to cover the seating areas – the ratio of material used to the surface covered constitutes an ingenious optimum for wide-span structures. With a diameter of 230 m and cantilevering of 54 m on each side of the stands, the roof is carried by 36 pairs of cables whose pre-tensioning is brought together via a circular double tension ring of strand-bundle cables above the pitch. Placed at various heights, the tension rings are linked together by 18 m-high air supports, and together with the compression ring at the edge of the stadium produce a balance of forces on the principle of a spoked wheel.