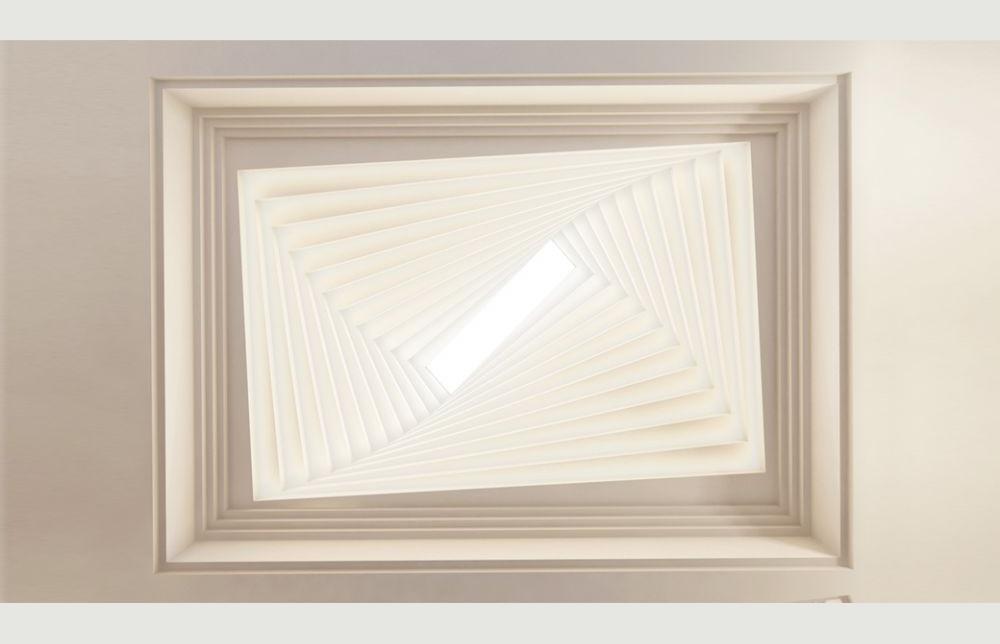 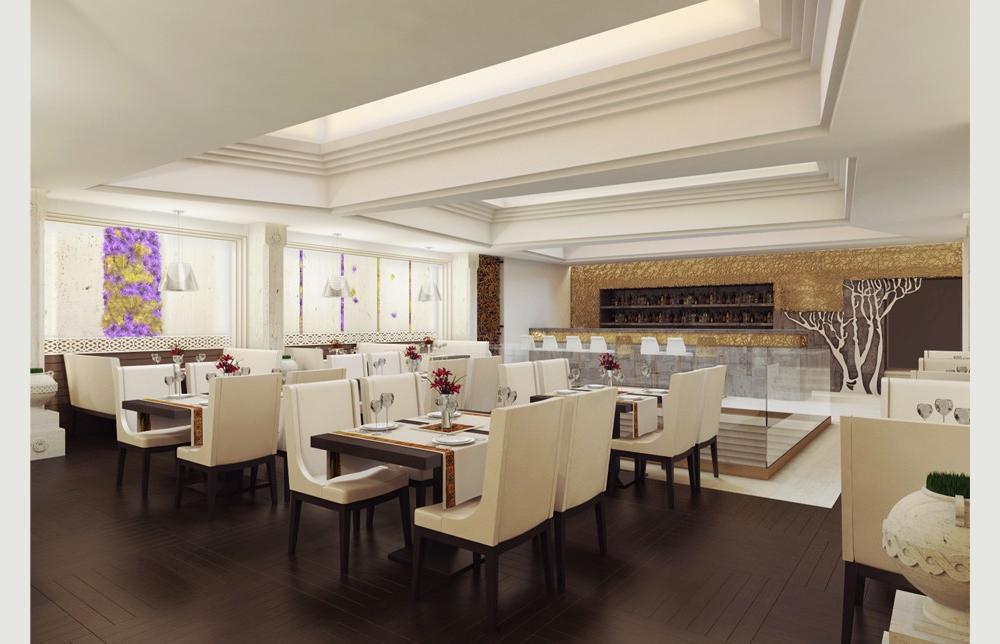 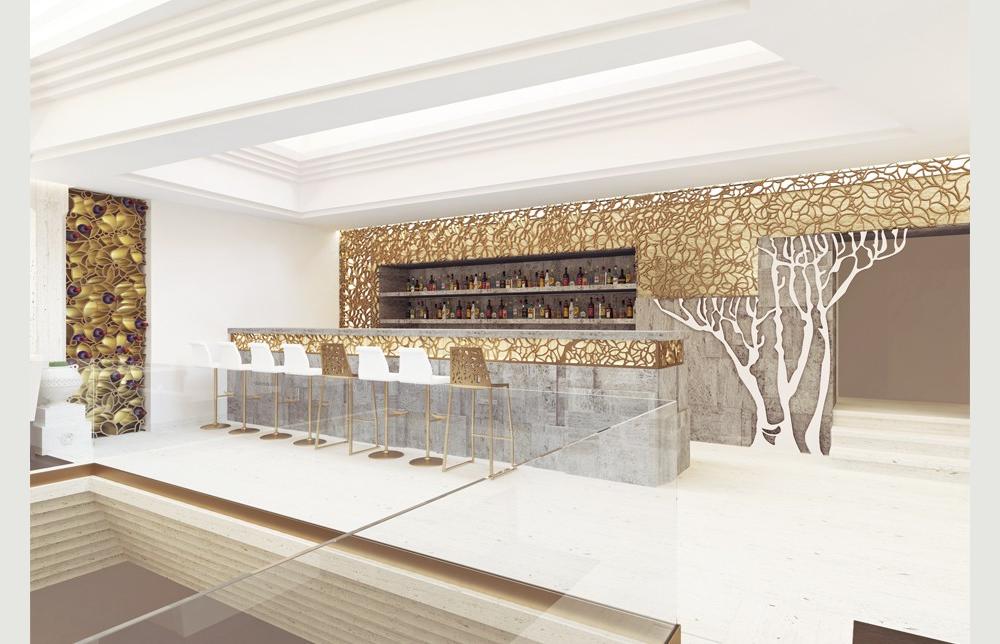 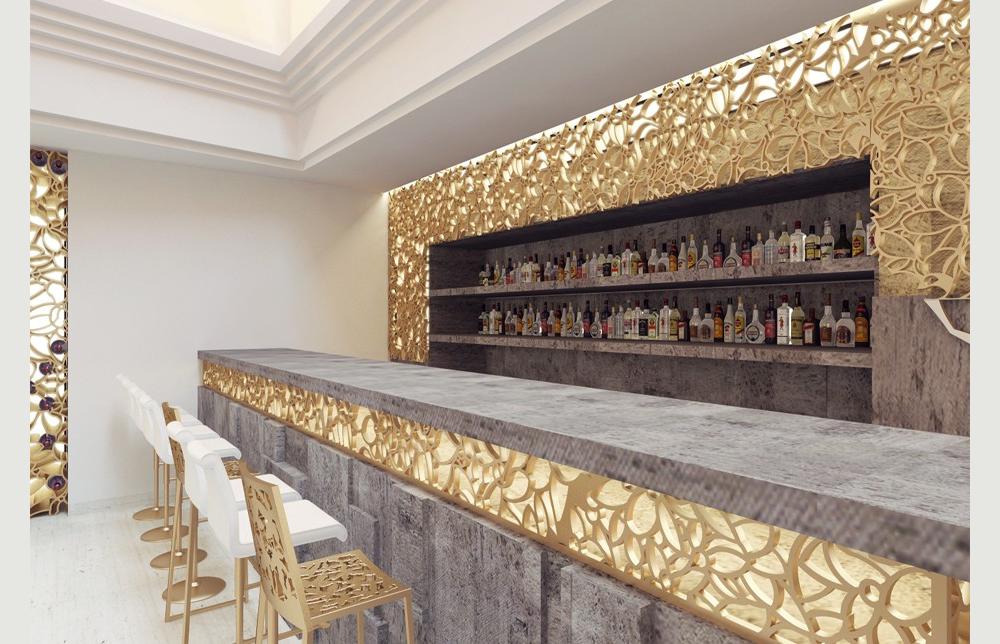 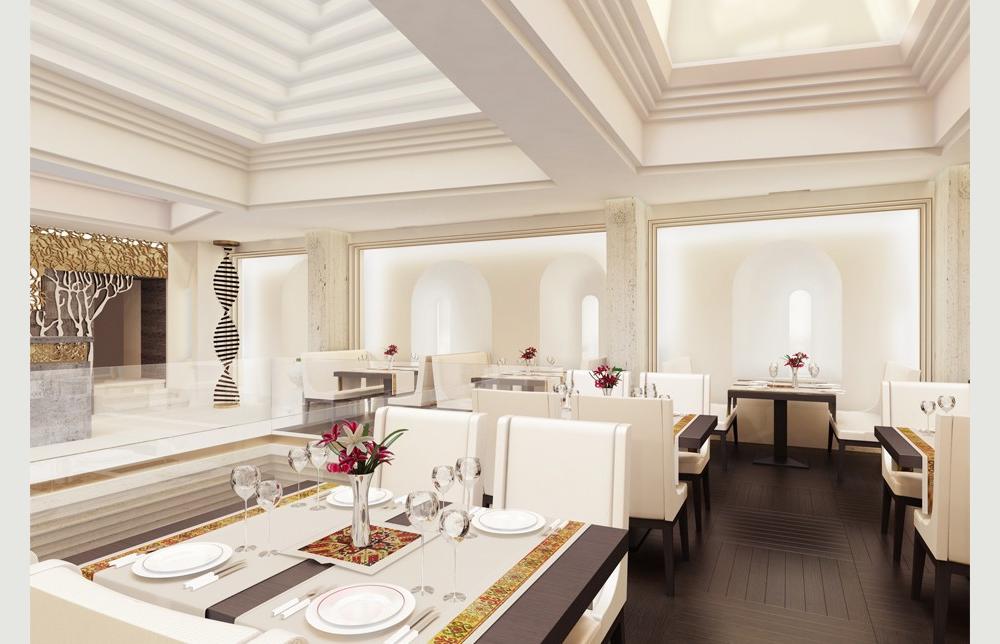 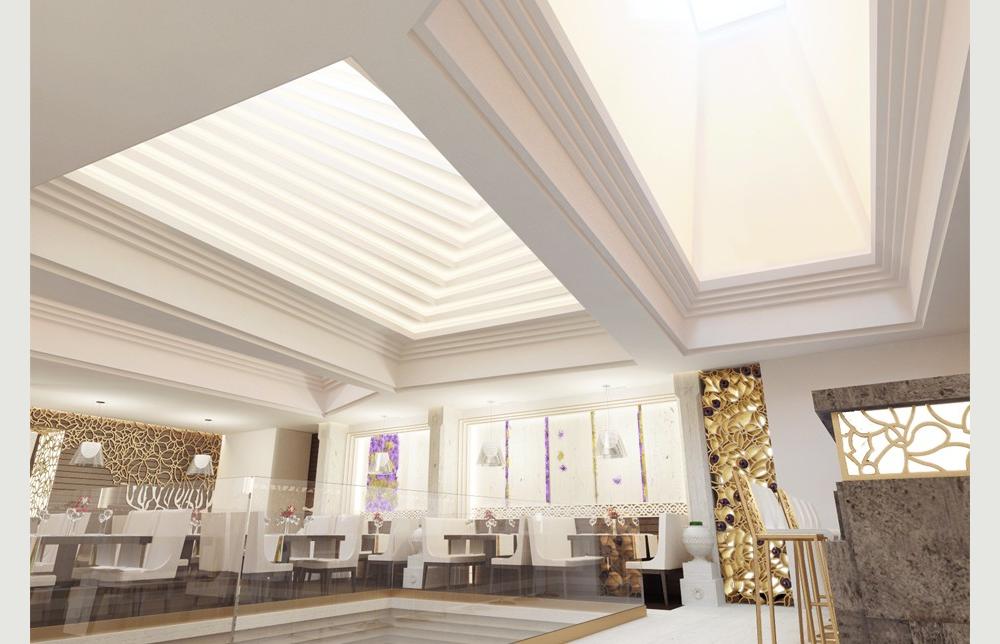 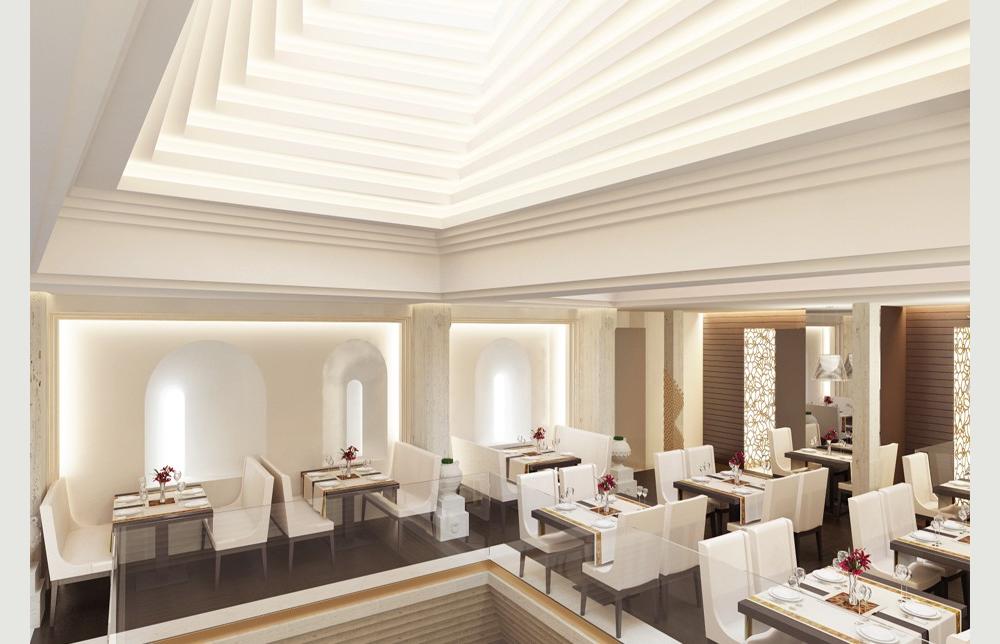 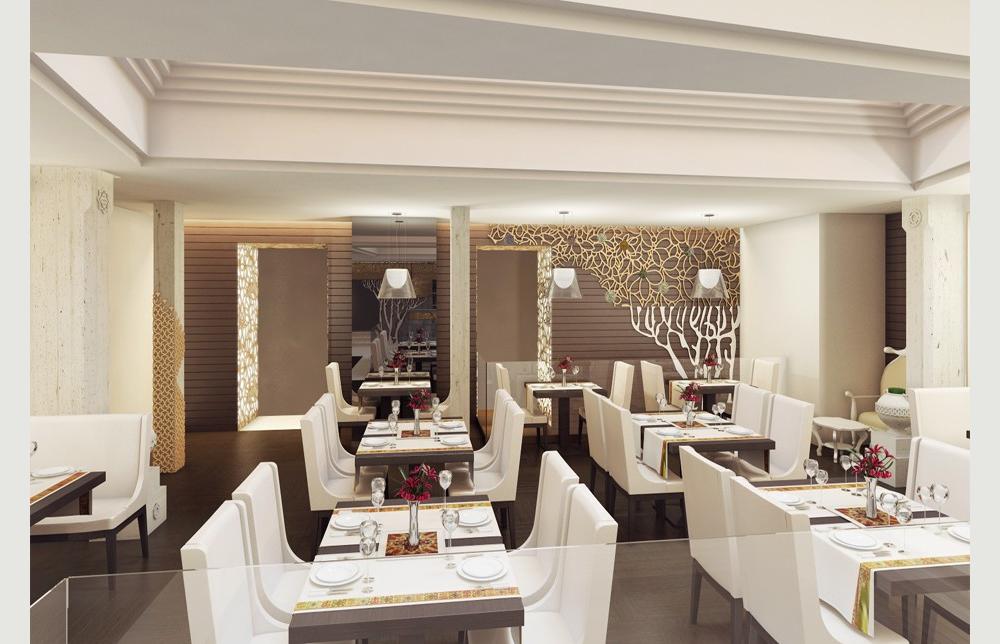 Interior design of “Araks” Restaurant Banquette Hall is implemented as a modern interpretation of the traditional Armenian refectory interior. One of the fundamental principles of the interior is artistic expression of the spatial composition.

The possibility of realizing a roof-light, with which one can implement ingress of natural light, in our opinion, is a special advantage of this space. In this regard, the central emphasis in the formation of volumetric spatial image of the interior design, is given to a modern interpretation of traditional Armenian tent coverings with roof-lights, typical for the refectory and the secular halls of Armenia (throne room in the palace of Dvin (5-th century), the refectory of Haghartsin monastery (13th century), the refectory of the Haghpat monastery (13th century).

Stylization of existing arch niches that are typical for the Armenian architecture, perspective arched portals and windows (the Church of St. Gr. Illuminator monastery Kecharis [11 century]) are special ethnic characteristics. The walls, bar, different interior parts are combined with the modern concepts and traditional approaches.

The historic wall, to be restored, is lined with bricks. As a continuation of floral motifs of bar area, it is covered with a lace veil made of carved wood. The wall behind the bar is decorated with the Tree of Life with the ancient Armenian coins.

Floor covering is made of wenge parquet, with the trim of travertine around the doorway, and the second light in the bar area.

Items of the Armenian national arts and crafts are used as interior accessories.
Near the bar there is a composition of the DNA helix made of “duduks”, as a continuous harmony of music and genetic memory of people, as well as evergreen and strawflower among the rocks.

At the Architecture Biennale 2011 in Yerevan the interior design of the banquette hall of “Araks” restaurant is awarded with 1-st Grade Diploma.