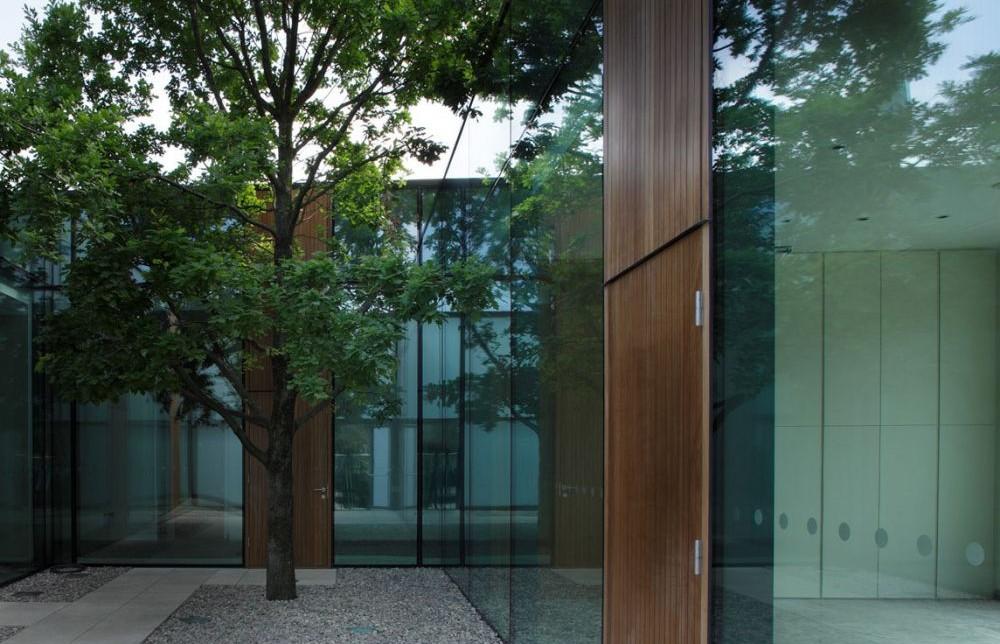 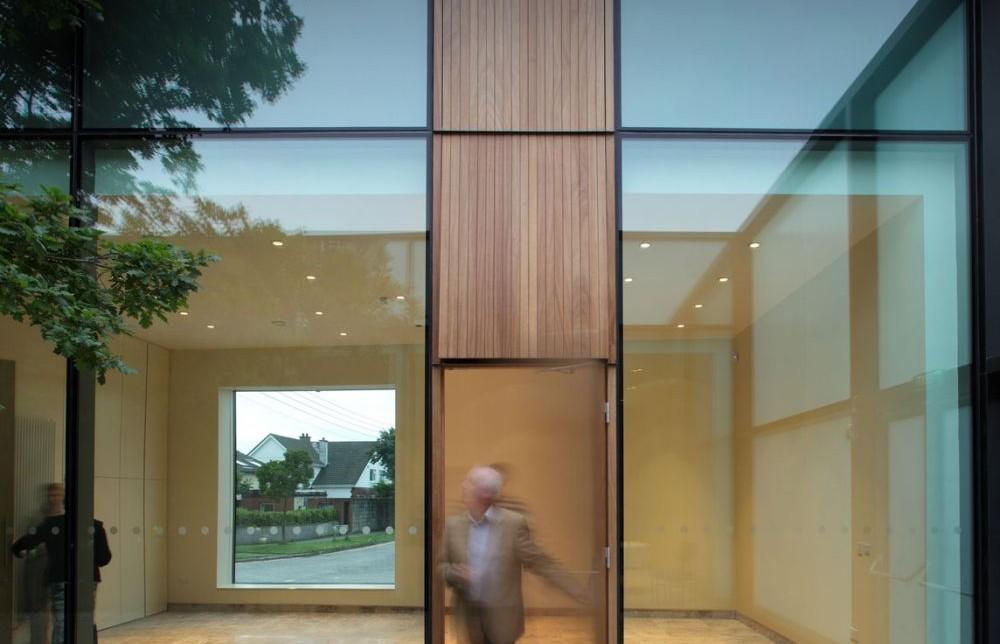 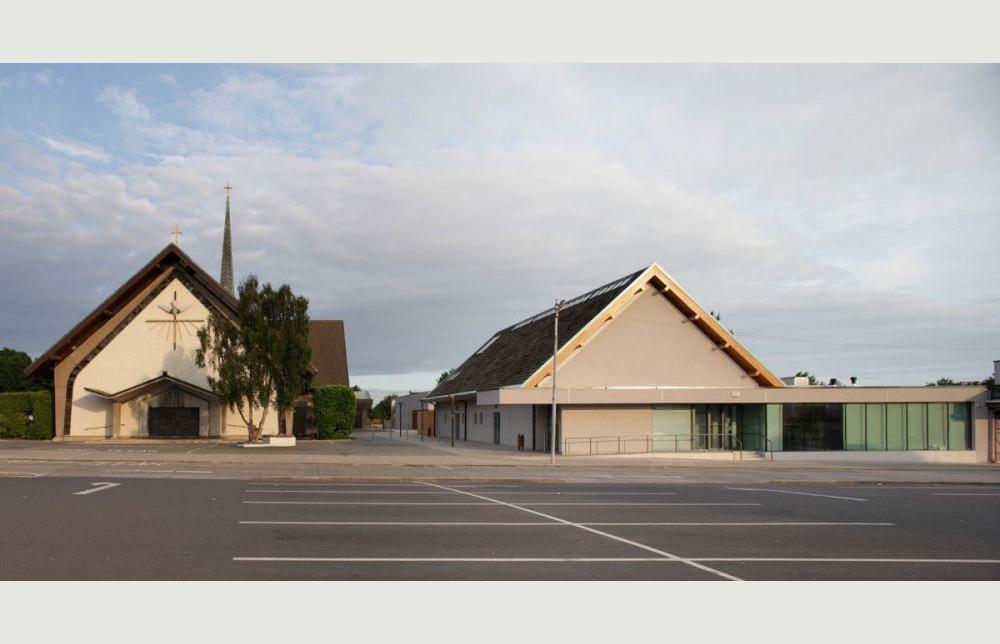 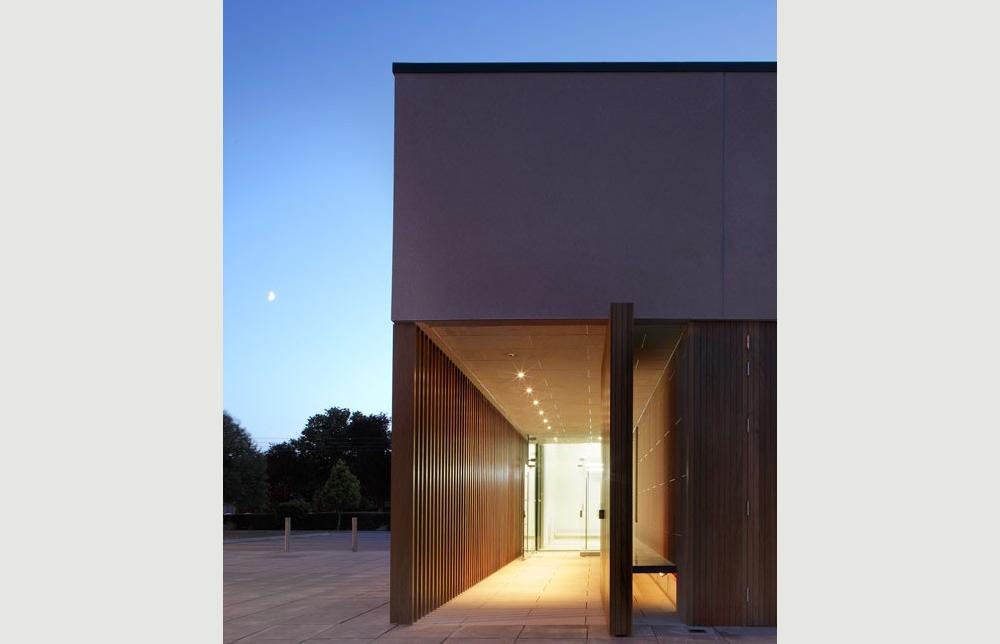 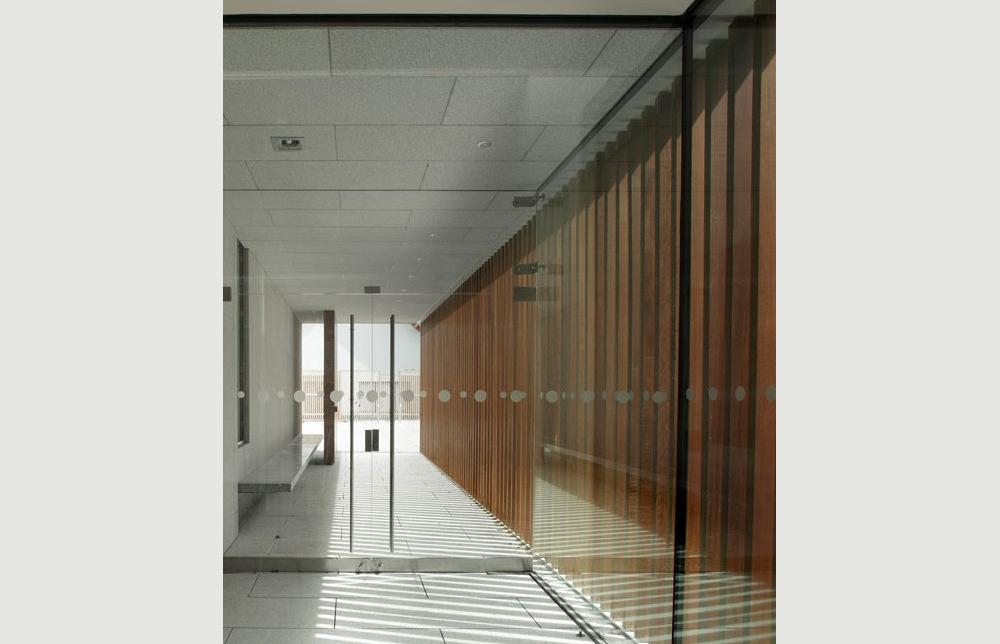 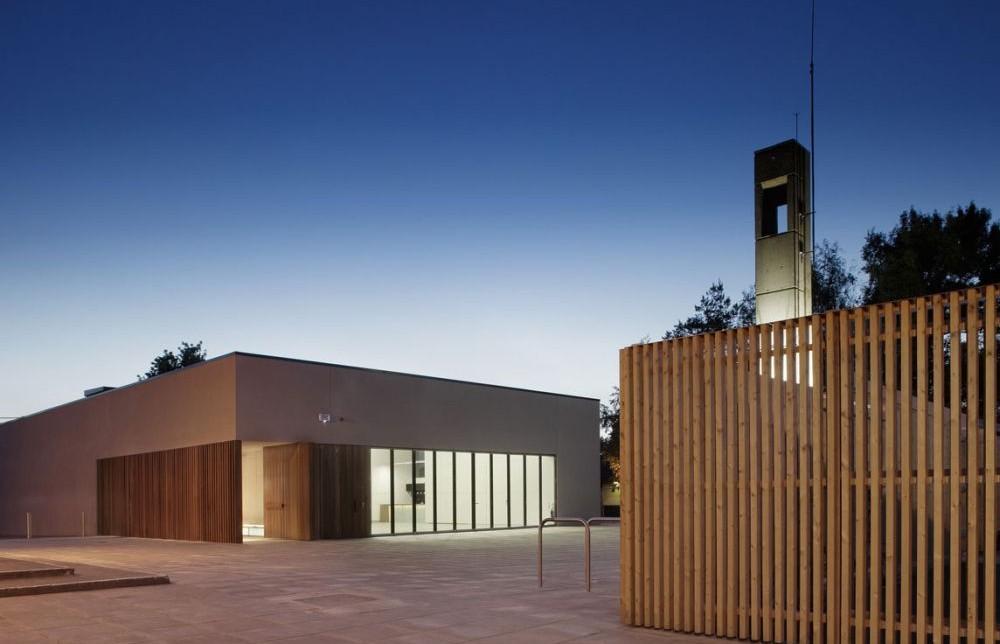 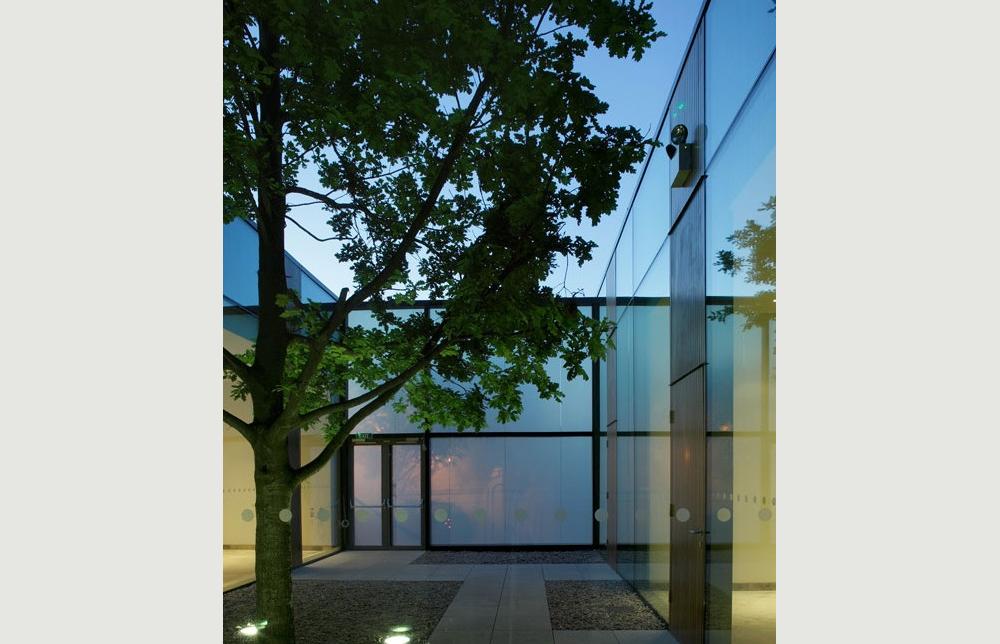 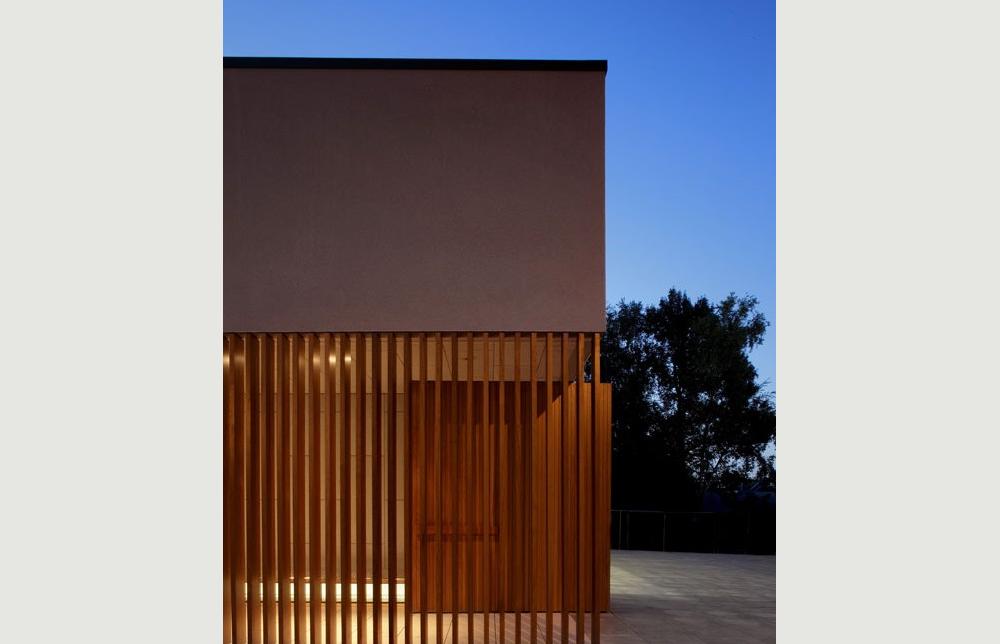 Introduction
The client, South County Council approached our office to refurbish and extend the existing library of Marian Road in Ballyroan, Rathfarnham in 2006. Part of the brief involved the refurbishing the existing community centre, which was in need of upgrading to modern space and environmental standards and additional pastoral facilities.

The church and environs are protected structures and it became quite evident early on that the extent of area required for the pastoral element was too large and a separate building was required. This was somewhat dictated by the area required but also by the presence of the boiler house and cast insitu chimney which was retained and became a focus to the new civic space.

Site Context
The church was constructed in the late 1960s by architect Raymond F Mac Donnell and is a very fine example of 1960s church architecture and well worth a detour with an elegant structure and very impressive modern stained glass windows. The existing community centre sits on the church site. The library is somewhat hidden behind a 1950s local centre which is in need of updating. The combination of the sites provides for an L shaped site. The library is on hold but hopefully should be realised in the not too distant future.

The concept when three buildings were established was to create a new sequence of public spaces and draw people in from the front of the church by the community centre into a shared central square and into the Library.
Pastoral Centre

The initial idea was to create a spiritual building which was private, a solid element carved out or punched to create light and privacy. A 25 year old anniversary Oak tree was retained and sparked off the idea to create a building arranged around internal courtyards with the oak tree located in the largest courtyard.

As it is a spiritual and sometimes private building. It was important that views in and out were controlled to avoid disturbances and very selective openings where provided to maintain this privacy.

Courtyards have obscure glass or are focused internally, openings with clear glass provide glimpses from within and from the outside, the main entrance, fully open able doors from the main hall for use in larger gatherings, the flush square window to the west to the large meeting room and the high level sky view window over the kitchen. All windows are kept flush except for the high level kitchen window to maintain the solid feel

To signify that the building is open a large timber pivot door is opened leading one into a low stone lined entry space with a simple bench for one to sit and gather. the timber element continues as an open set of fins to create an open yet enclosed transition entry space. The building materials are carefully limited to create a calm spiritual feeling, simple rendered walls, timber doors which one touches, stone floors and simple glazed screens affording views into the inner courtyards. Rooflights are arranged to highlight the movement of light, again signifying the spiritual nature of the building.

After entering through the lower covered area one arrives into a taller space, the coffee and tea area with a small kitchen at the end allowing people to gather. the large hall has full height doors that allow for different room layouts and privacy when required and fold neatly back into the designed location.

The building volume reduces as you enter the more private areas of the building, the first small room, a prayer room with its own small courtyard. Further along a glimpse of the larger tree filled courtyard starts to appear. Three more public rooms are arranged around this inner sanctum, the end of which has an obscure glazed screen to provide privacy and allow a plays of light. The last room is the priests room, which has its own private courtyard with obscure glass screen to the outside. The toilets and main office are roof lit.