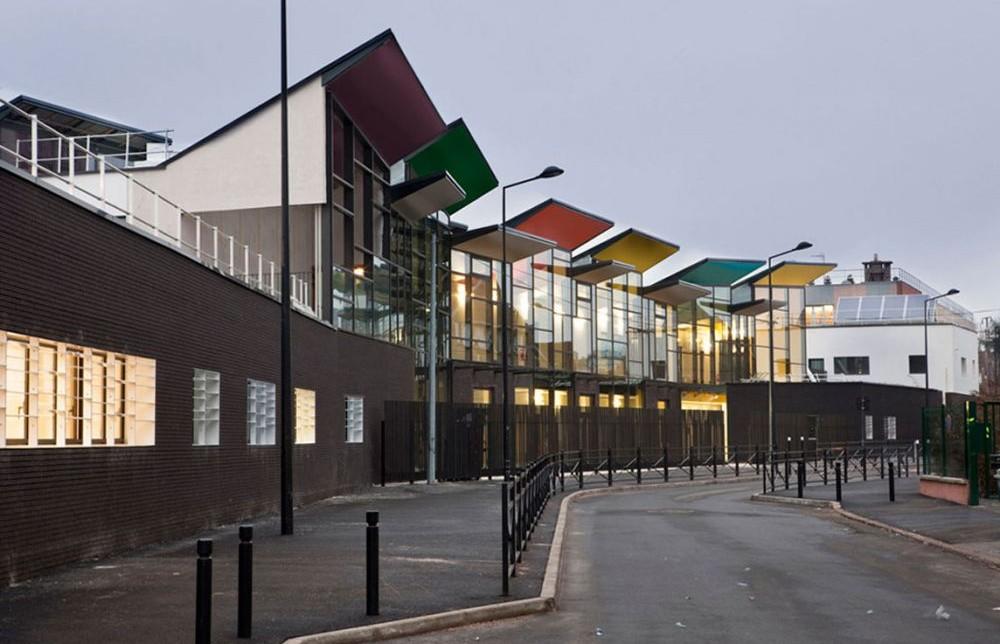 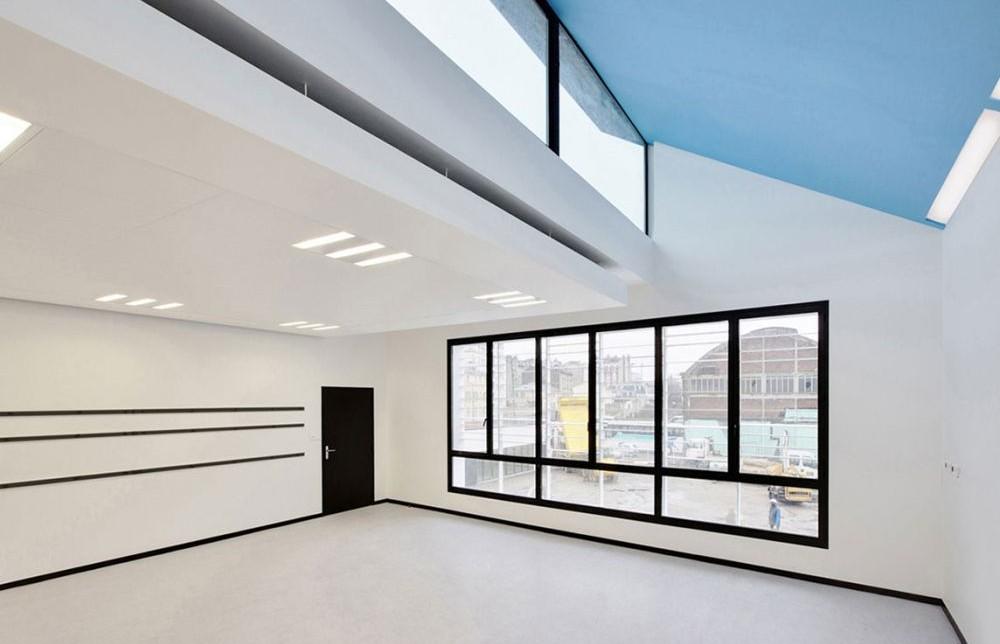 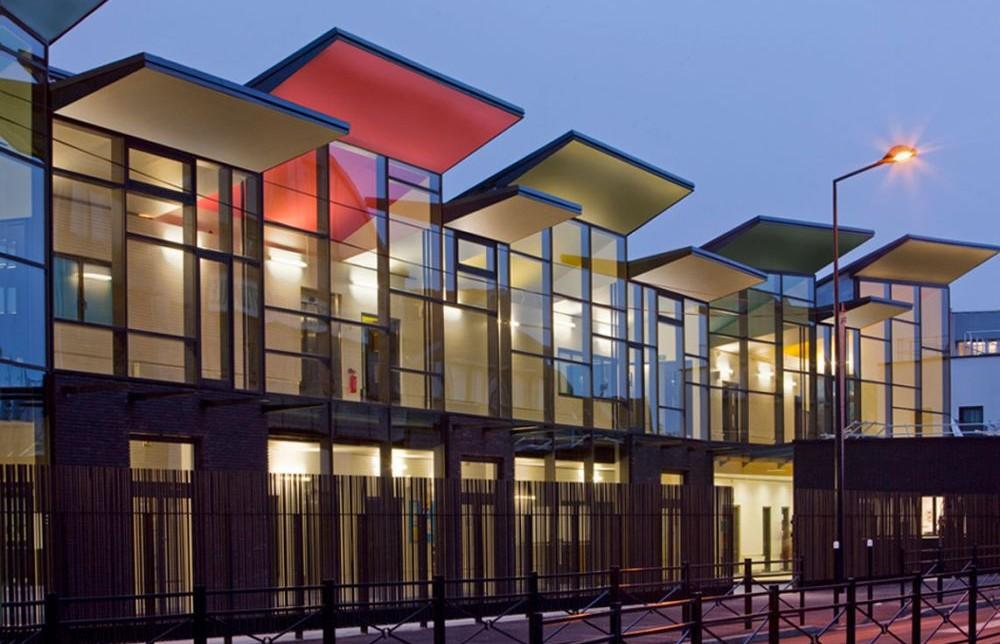 The school complex of Bailly is situated on a changing territory and is located on the starting point of the reconstruction of the scale of the district. The expression of the project is inspired by this specific context of the material used glazed brick and by the idea of the roof which give reference to the lanterns of the cathedrals.
The school complex is aligned on the rue de Bailly like a building wall on one level which grows hollow and inflects to form the esplanade for the entrance.
The esplanade is designed like a space of hospitality, protected and covered by a playful light shelter. Its base of brick is extended in the building by an internal brick street which functions as an interspace area to access both schools, the recreation centre and at the same time serve like the connection area for the various functions.
The body of the building seen from the rue de Bailly shows a glazed screen printed faade to protect the intimacy of the children, giving the possibility for transparency in the interior gardens and under the coloured ceiling.
The classrooms are organised in the north-south transverse on two levels which end on the firewall on the side of the railway. They are structured by horizontal circulations and interior gardens protected by noise by a glass screen.
This configuration makes it possible to limit the faade exposed direct to the noise and to create independent units emphasised by the green transparency for the preschool, the recreational centre and the elementary school which are connected between them by an interior street open towards the forecourt.
In this constellation, the preschool and the elementary school yard are located sidewards in contrast to the units for the teachers. Placed on the north and south end of the site, they are protected by noise and acoustic screen made up of circular tubes of different densities from the west which also absorb the noise during the recreation.
Each schoolyard is extended visually one level higher by the garden, accessible by a ramp connected from the schoolyard. These gardens, important for the class rooms on the higher levels, bring freshness to the project and enable the children to get fresh air between the lessons and to connect with the schoolyard while walking on the protected and planted way.
The school complex of Bailly is on a site which is under the development of Plaine Commune who want it to be the initiator for the reorganisation for the district along the rue de Bailly.
Being a building on two levels, its roof will be apprehended as a pedestrian scale because of the surrounding high buildings. The roof therefore is designed like a crucial factor of the project; it is the fifth faade seen from the rue de Bailly by the children like a bright coloured pallet, visible from the surrounding high buildings in the shape of thin straps of vegetation cut in the sheds