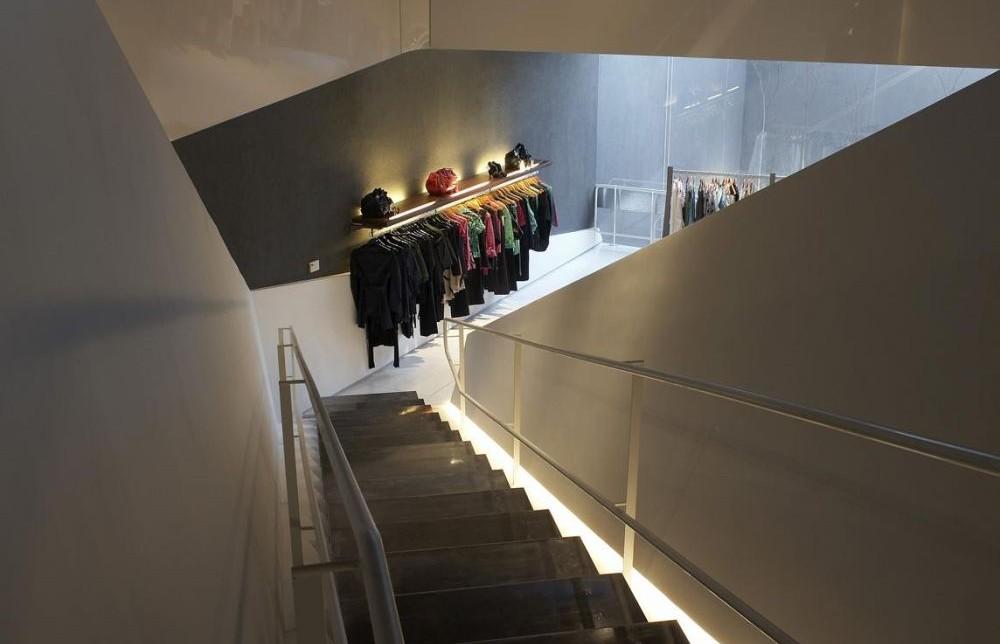 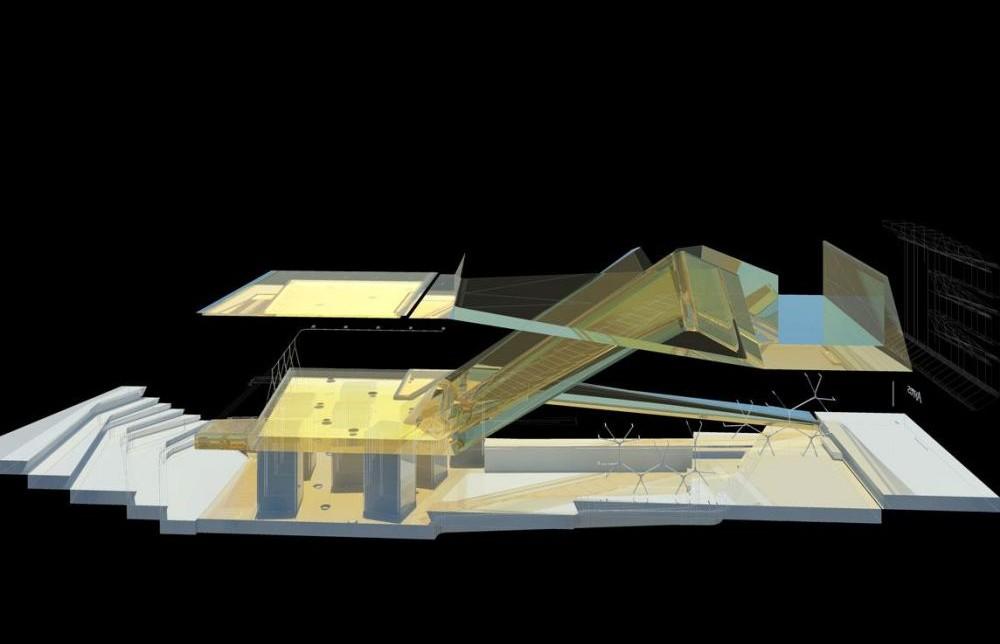 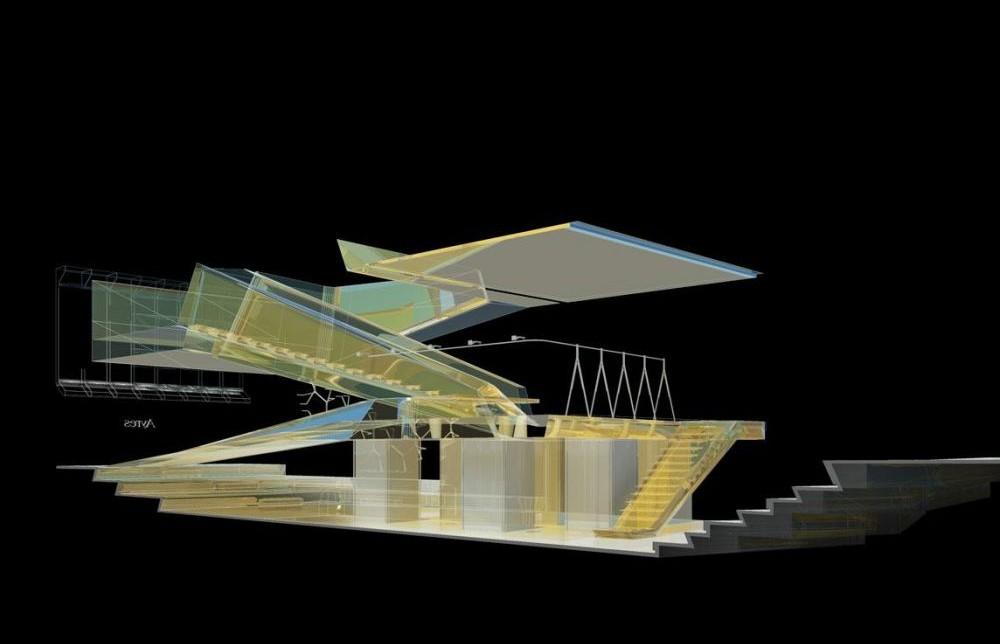 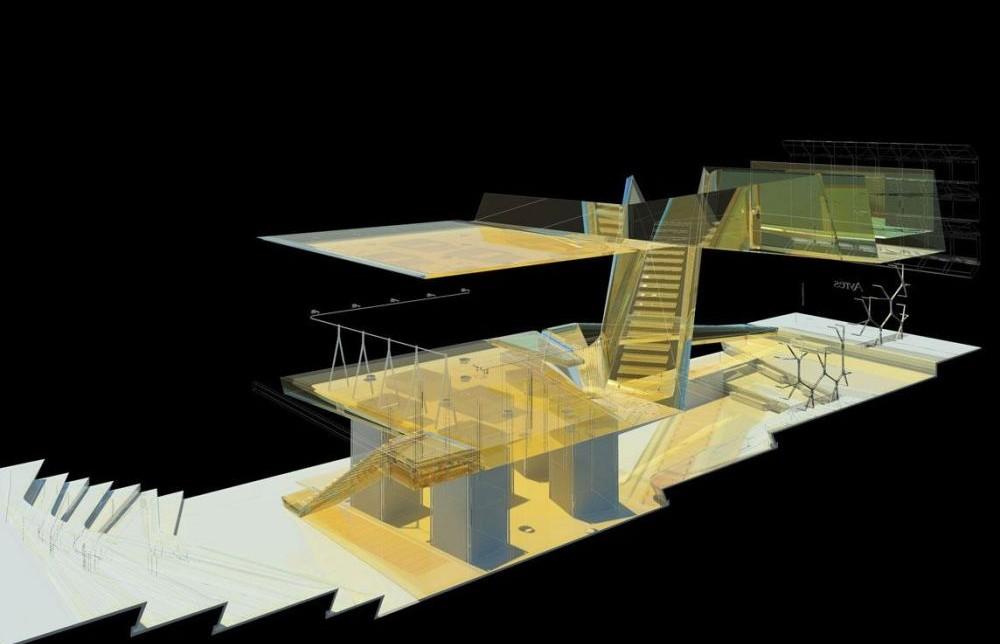 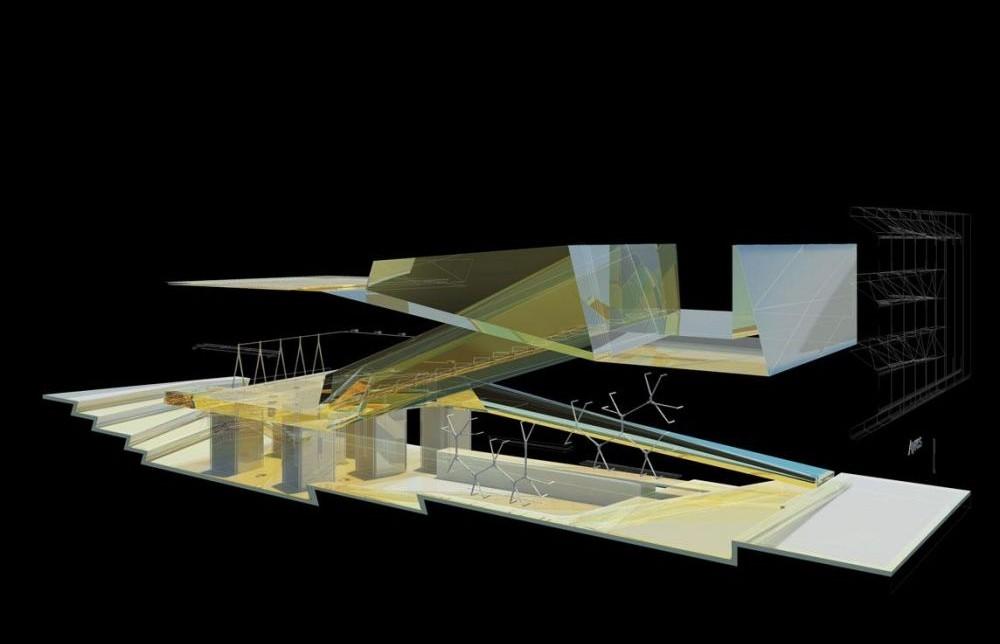 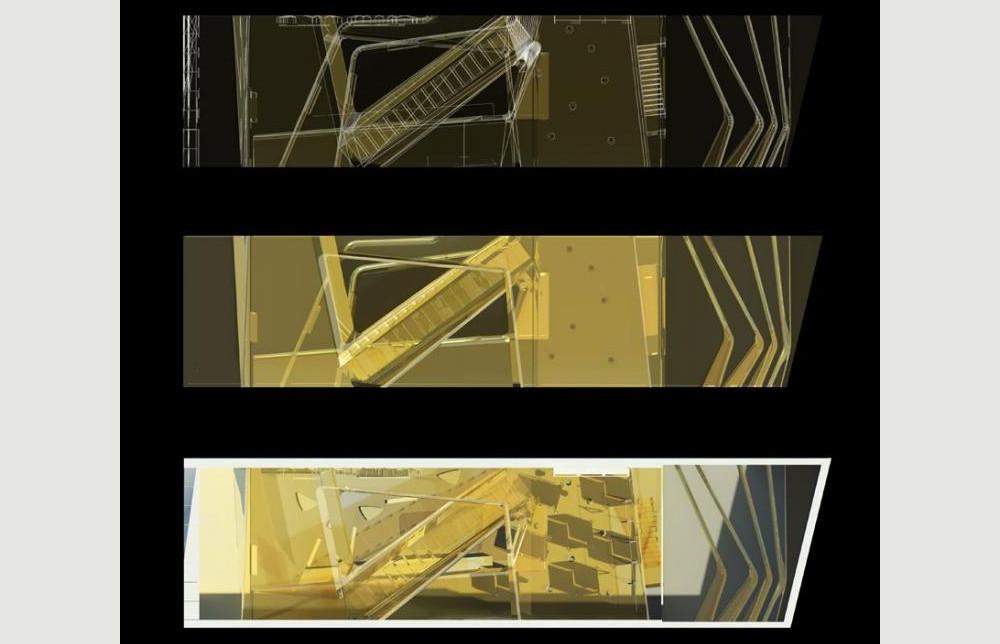 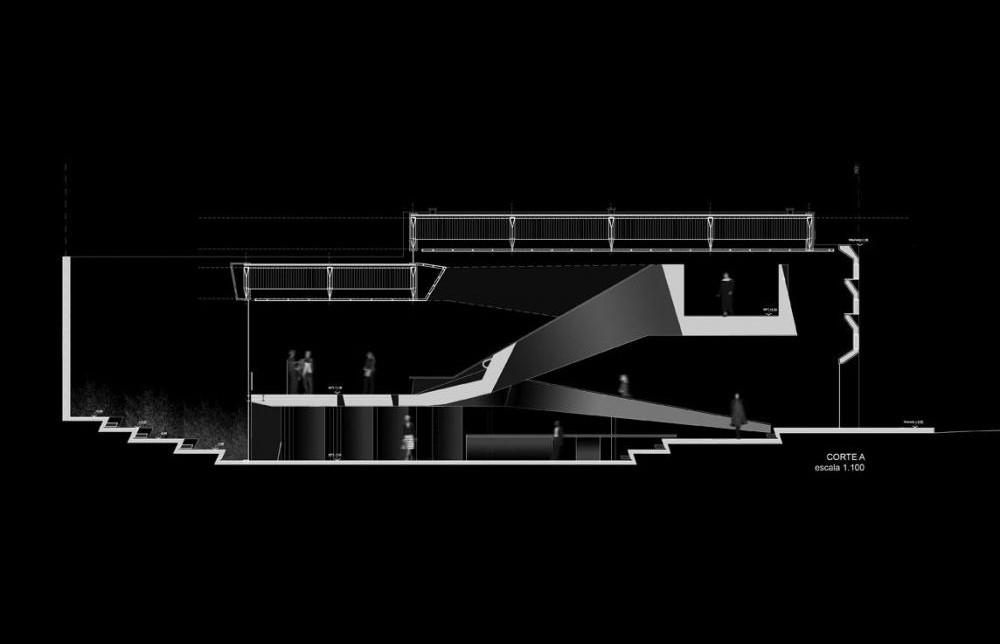 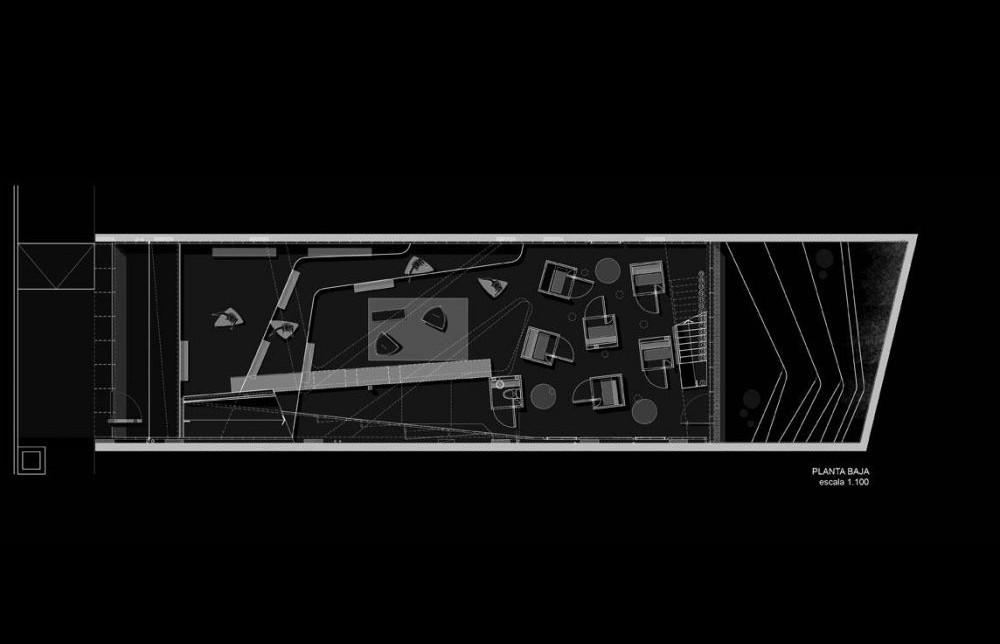 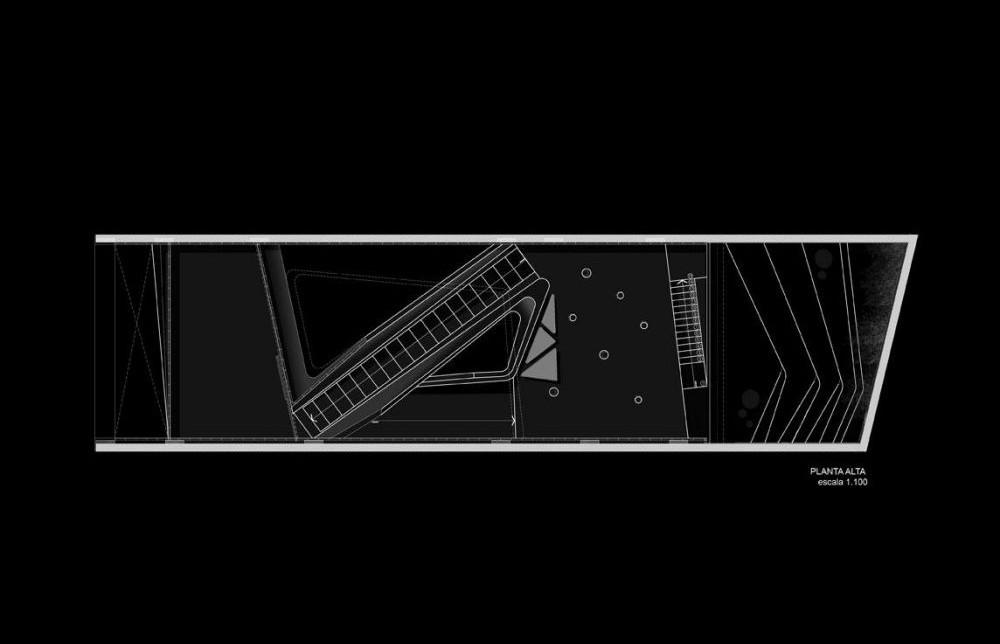 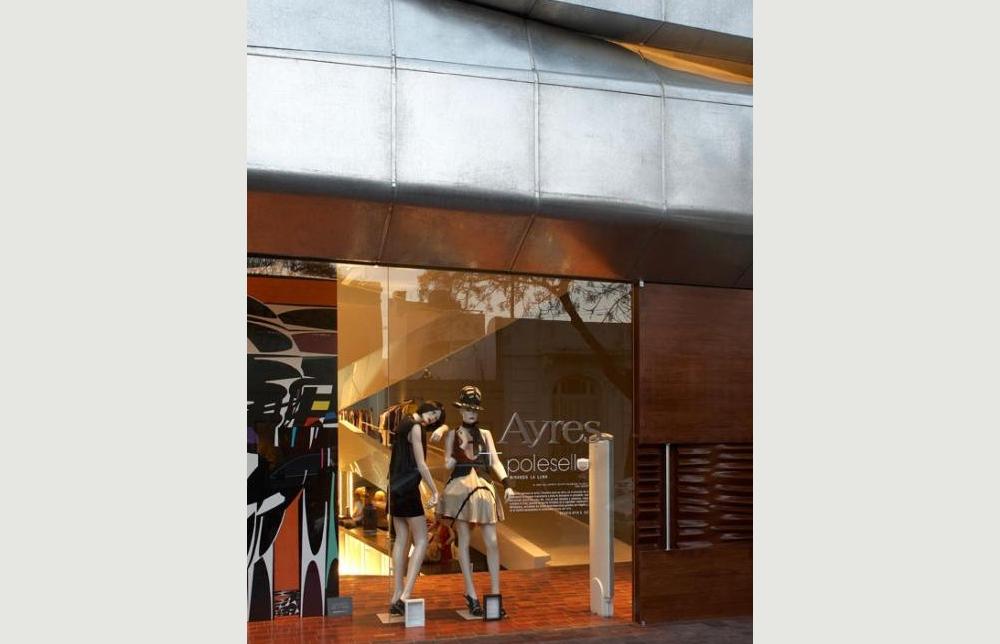 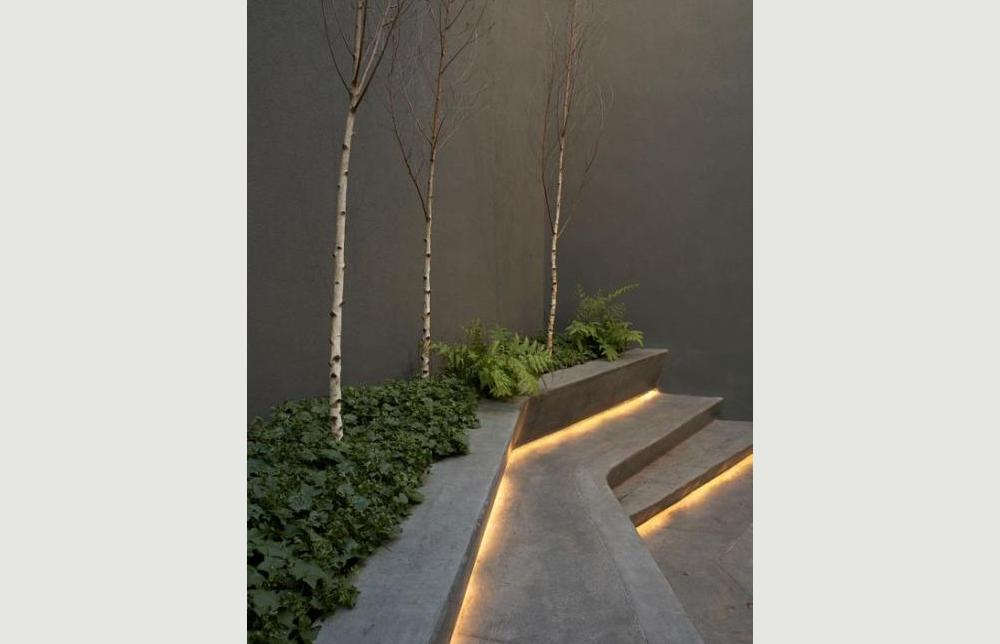 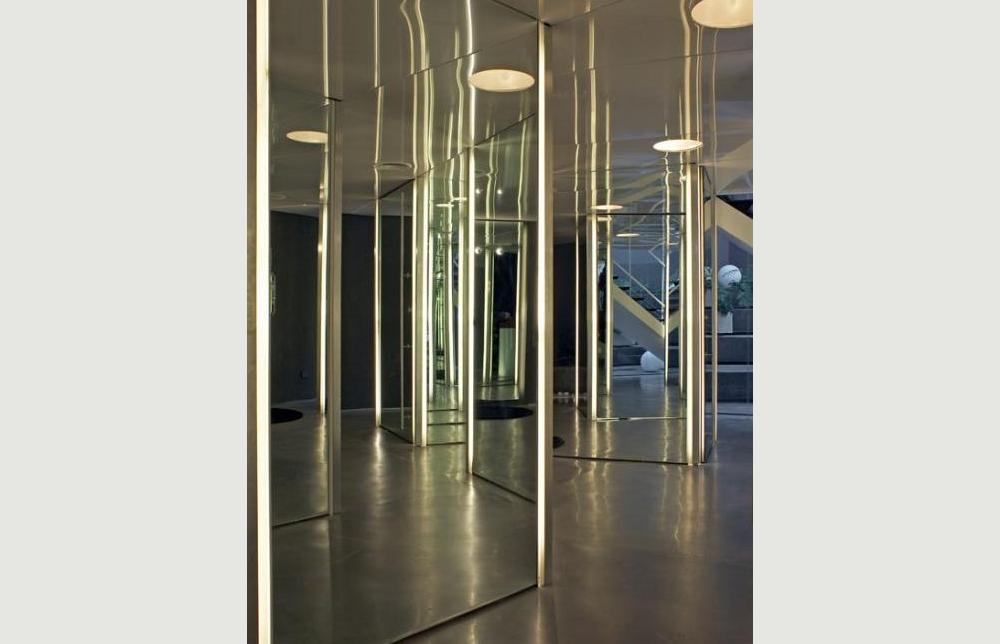 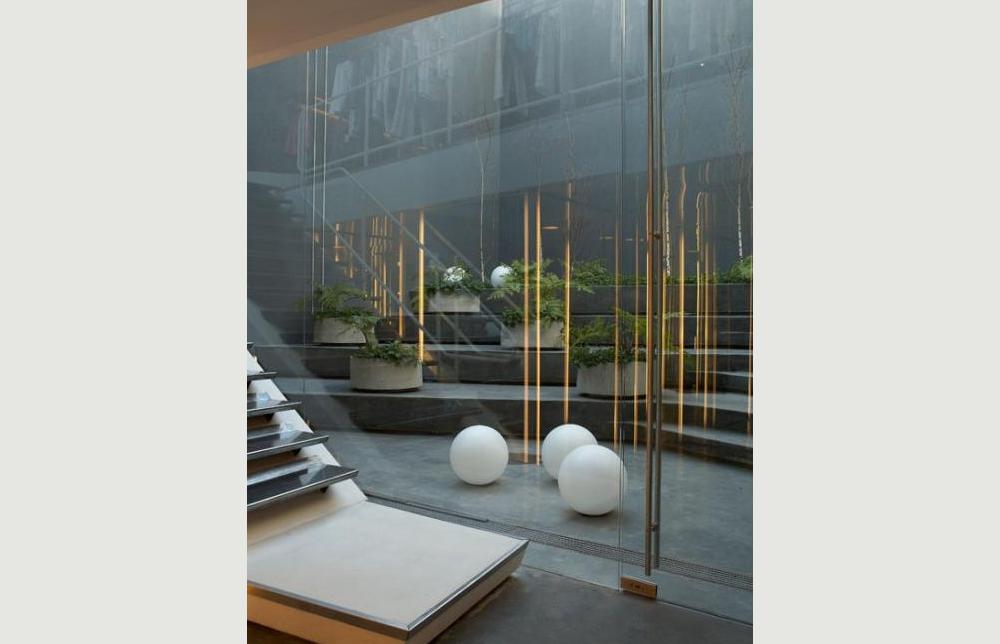 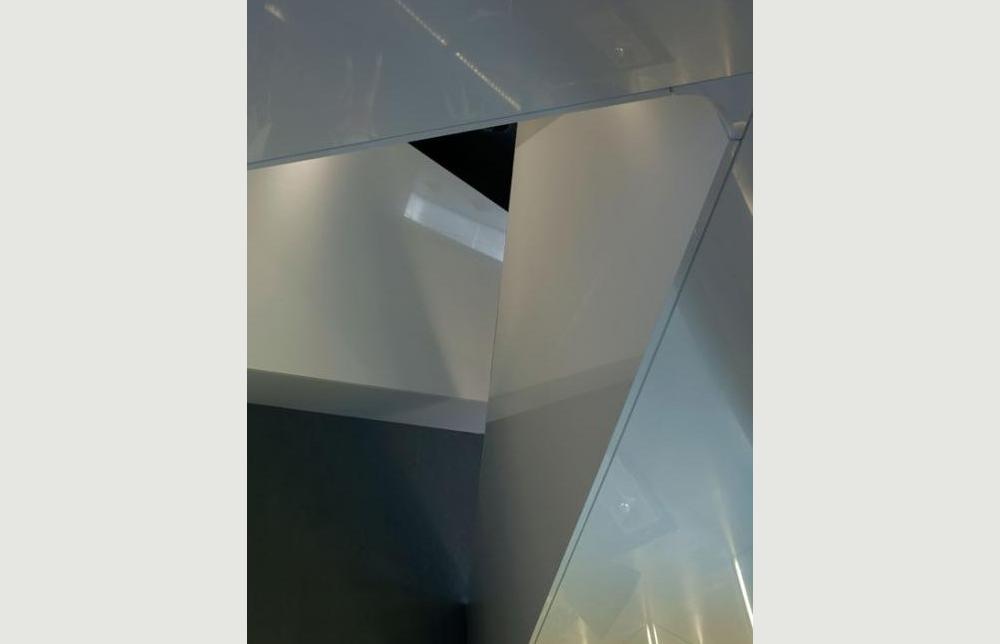 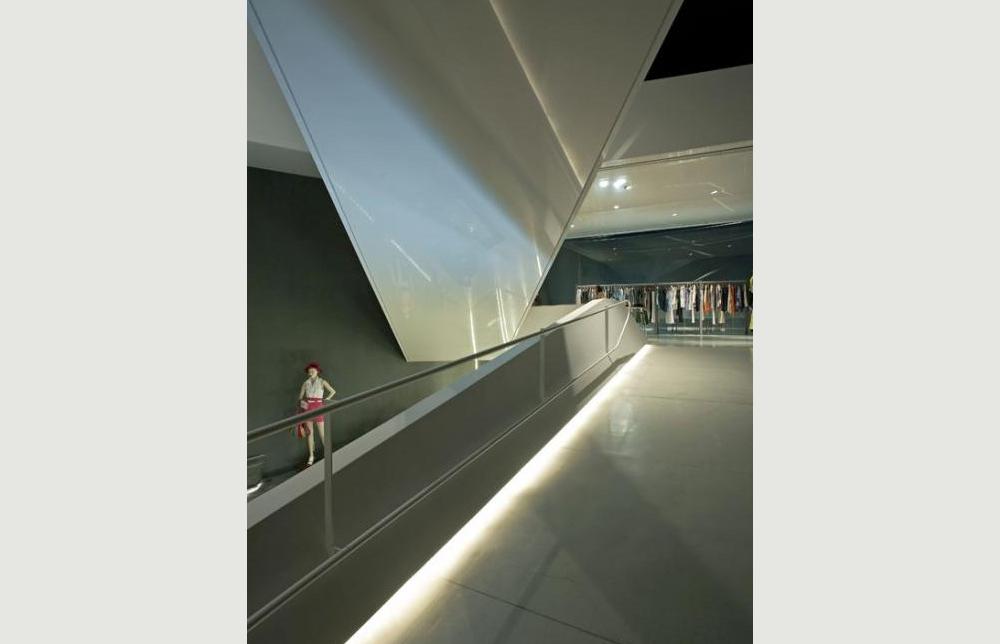 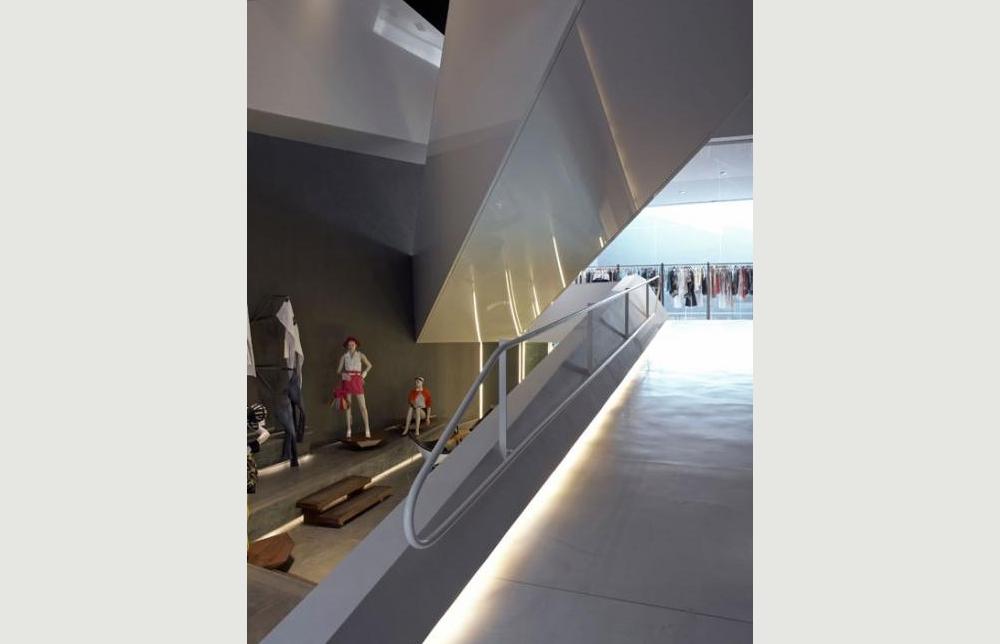 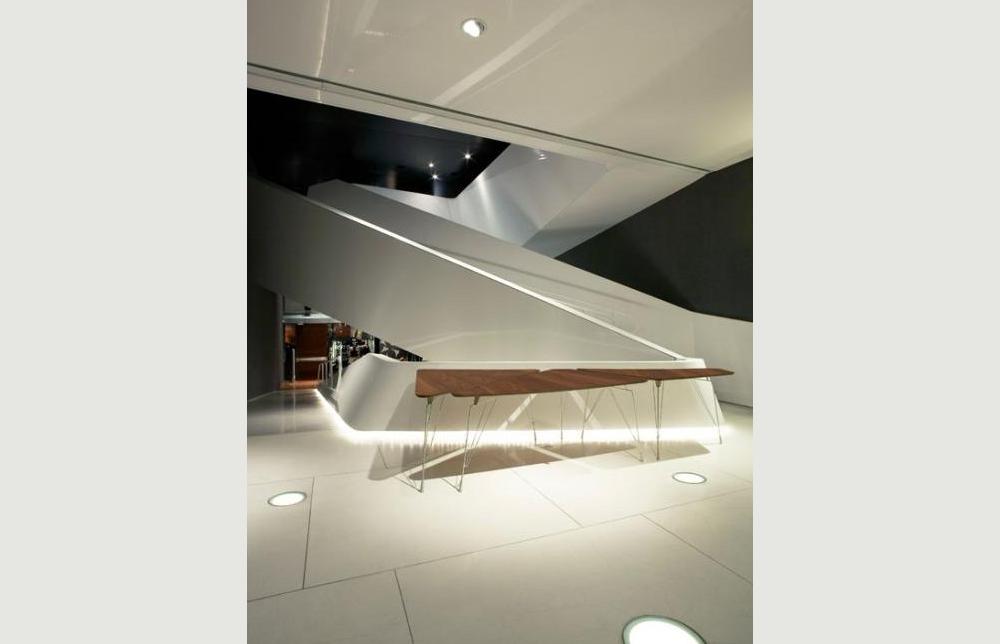 The project seeks to reproduce in the interior of the store feelings and sensations generated by urban space: the possibility of surprises, contrasts, unexpected encounters, and changes of perspective. Just like cities are generally perceived in motion, and offers multiple surprises in any route, the store changes as people move inside it. Movement is never horizontal or vertical but both at the same time. The specific functions of the store such as exhibition areas, fitting rooms, counters or deposit are as important as the space that separates them. As happens in urban conditions, relations between parts are more important than the parts themselves.

The initial concept is a bright white object that unfolds in curved and diagonal lines inside a dark box made out of floor, walls and roof. Materials and geometry define this play of contrasts between smooth and textured, diagonal and orthogonal.

Several elements of the store move away from traditional models. The floor is not one plane, but a combination of steps and ramps. The roof is hard to identify between the folds of the ramps that become ceiling. The fitting rooms form a labyrinth of mirrors where clothes can be seen from unusual angles, turning the experience of trying on clothes into a game that involves shoppers, clothes and space.

Through collaboration with industrial designers and lighting consultants, special elements were designed to display clothes and accessories. The zinc façade adapts to the heights of its’ turn-of-the-century neighbors, while introducing a new material on the urban landscape of the Palermo district; its’ diagonal openings are a suggestion of the space behind it and an invitation to explore it.