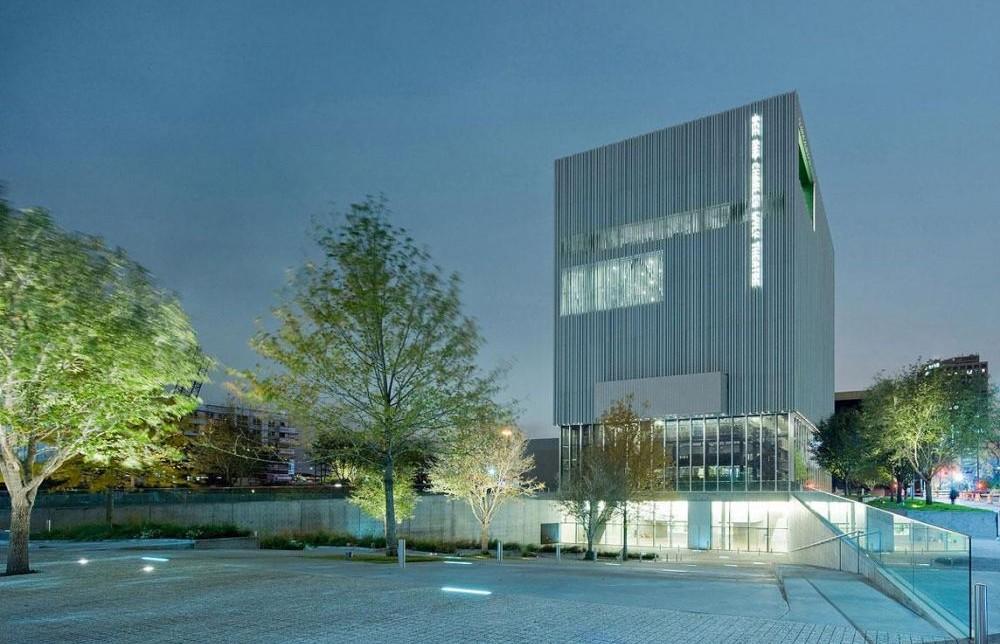 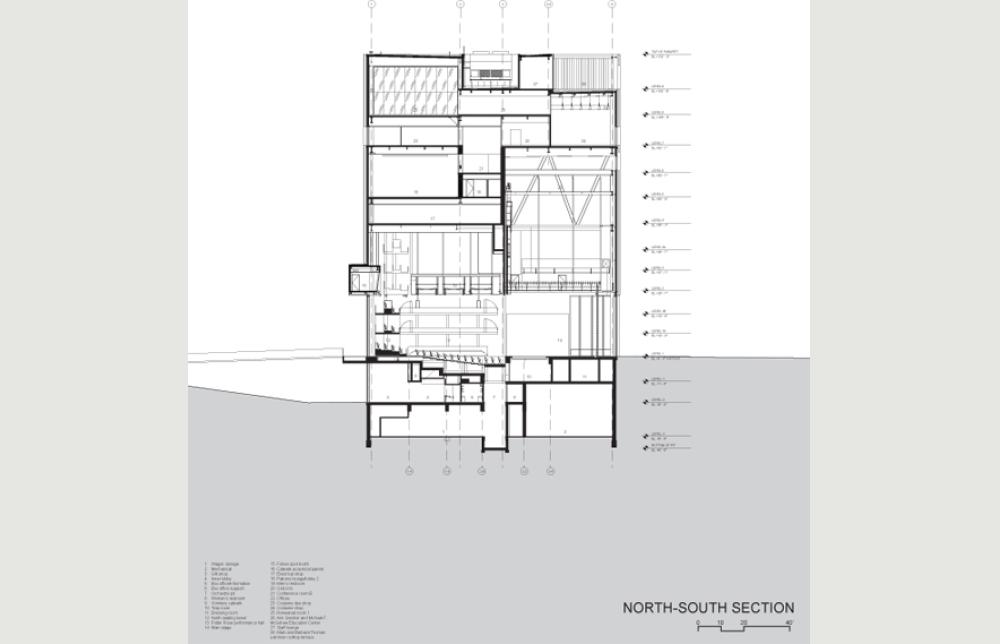 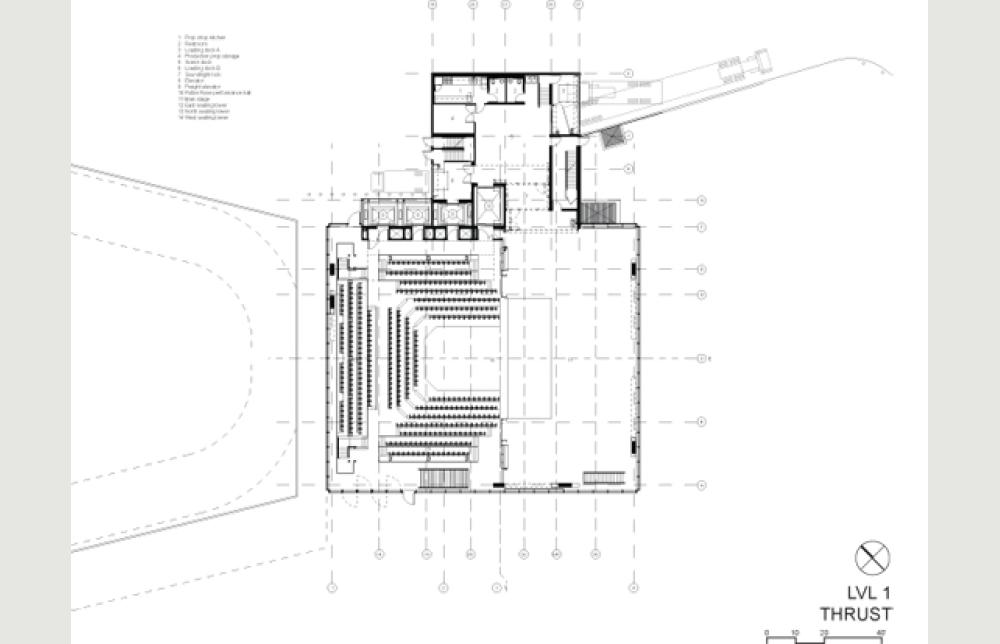 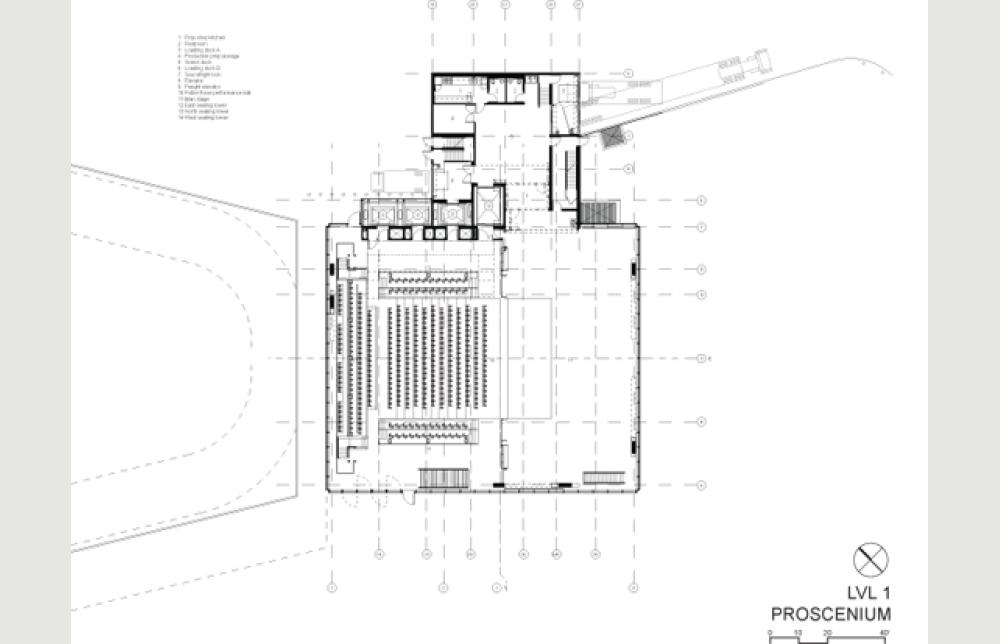 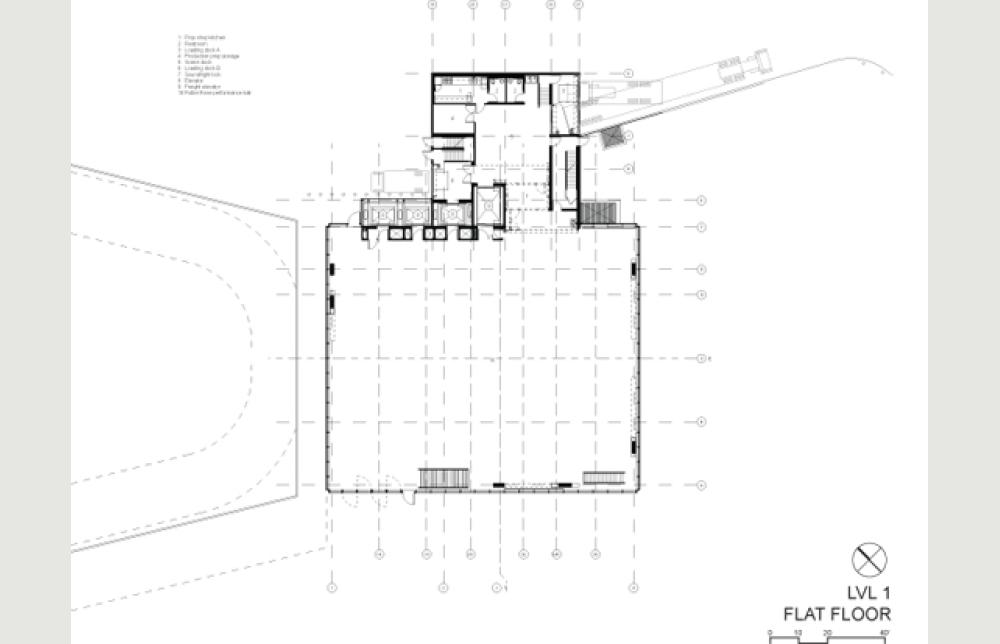 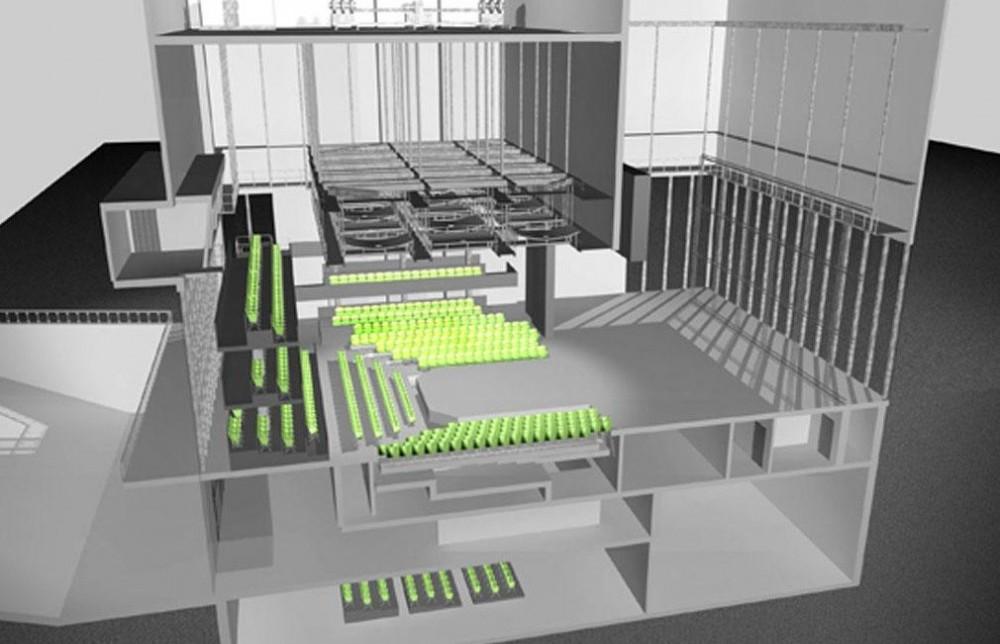 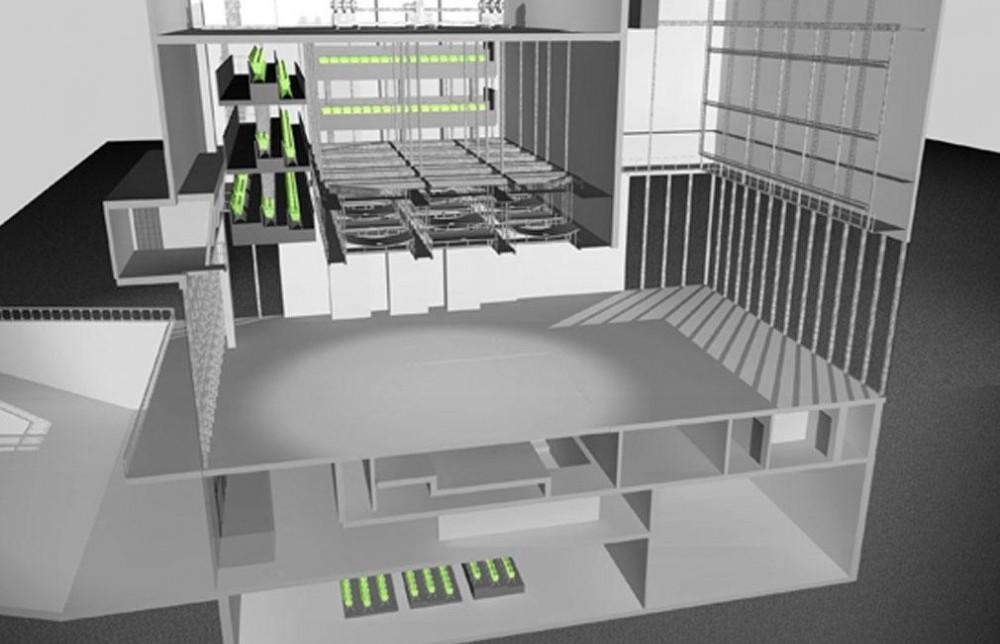 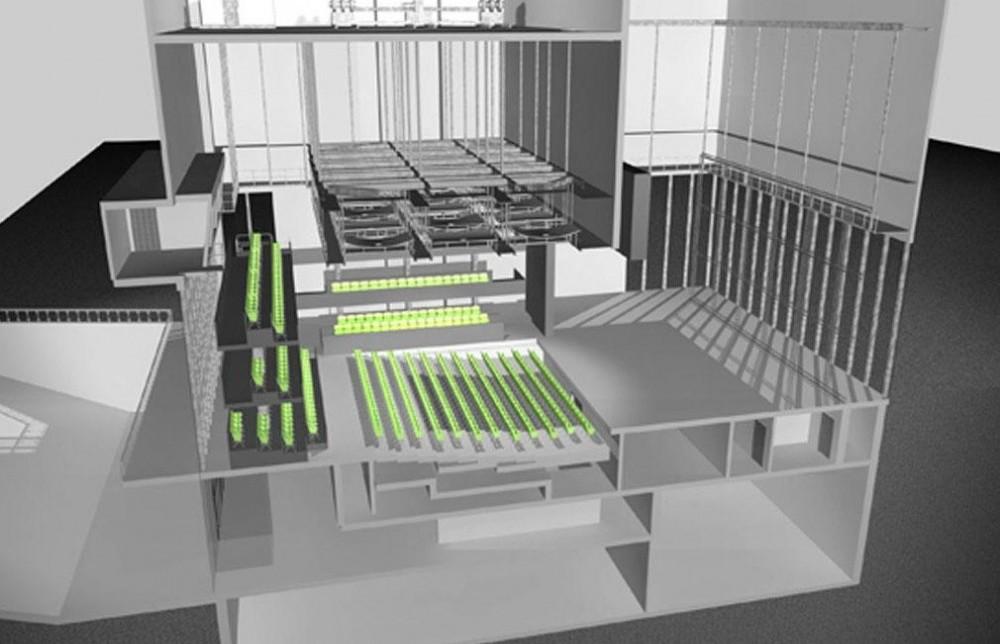 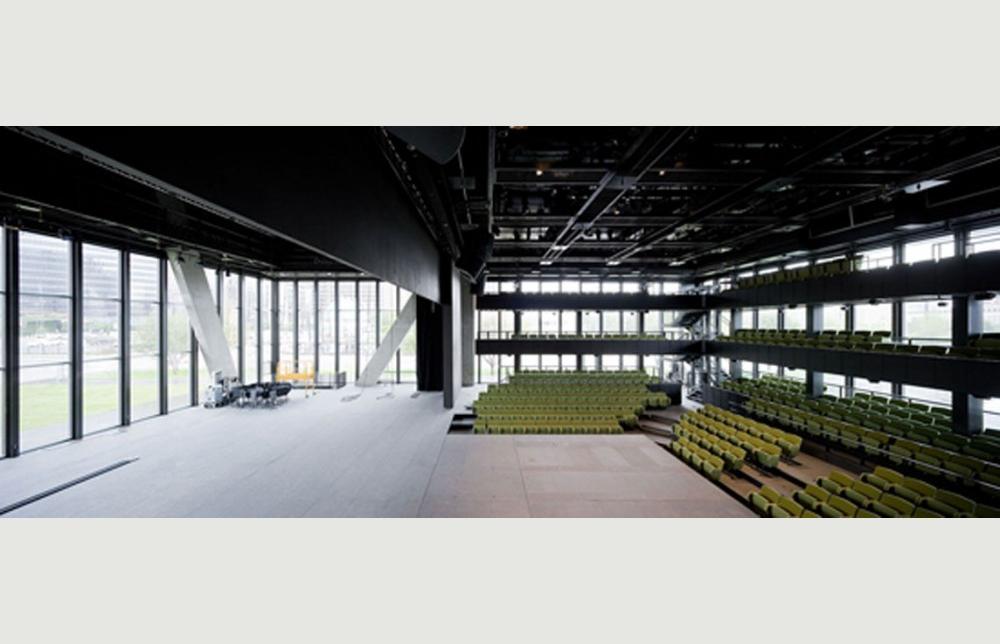 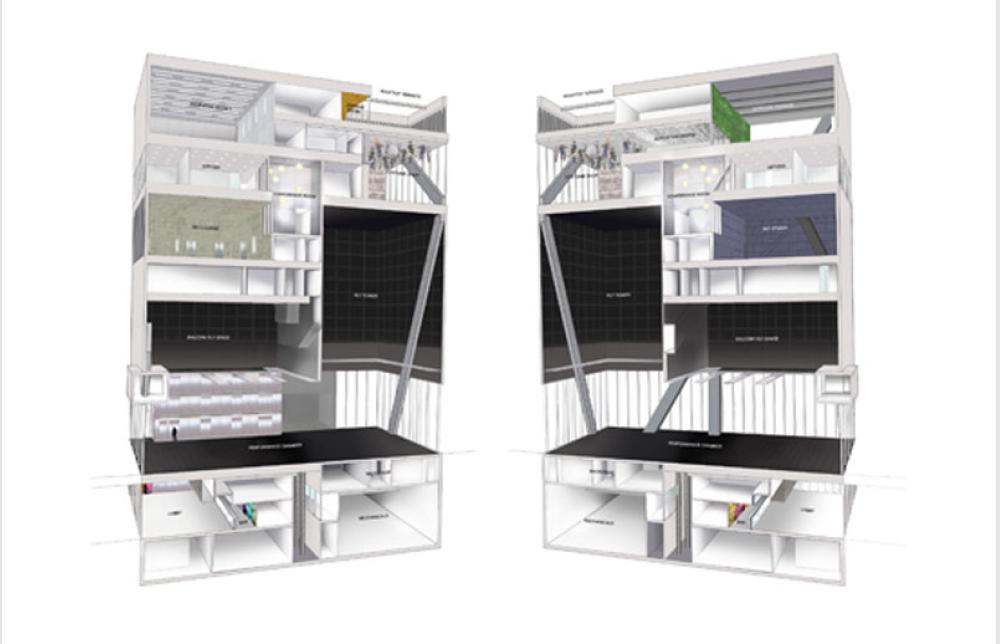 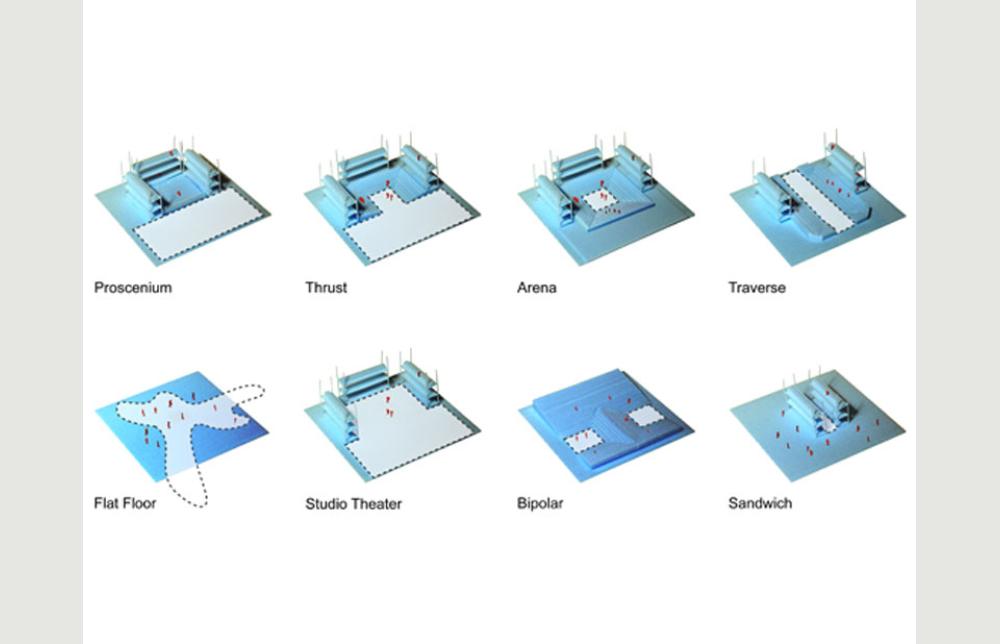 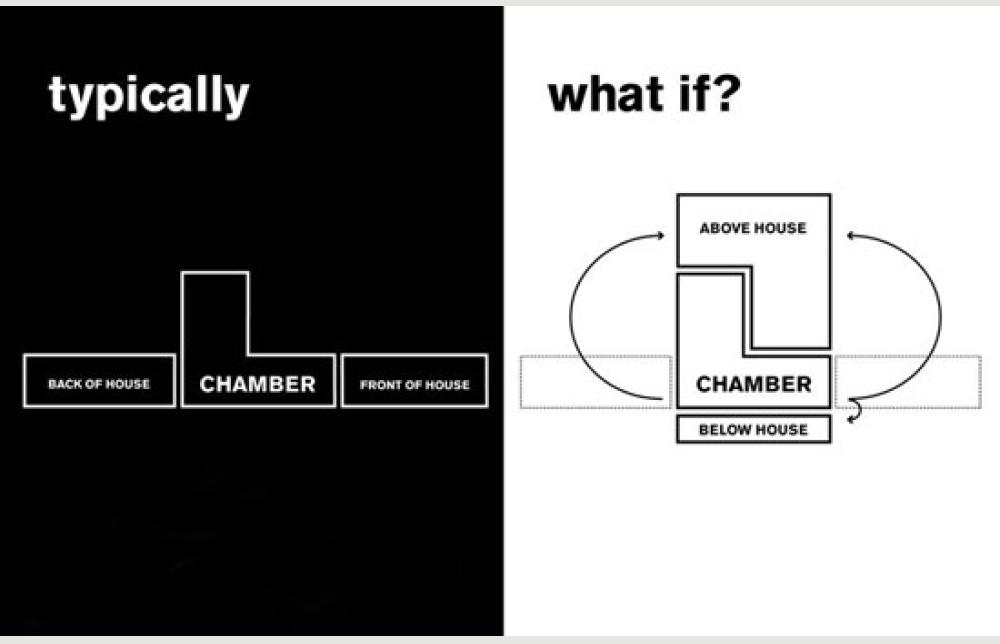 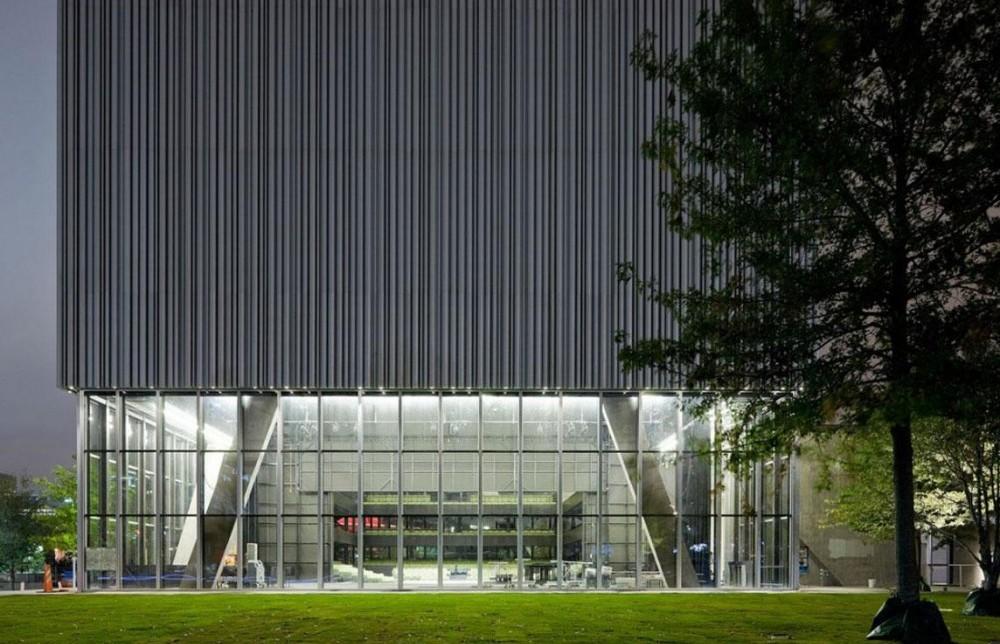 he Dallas Theater Center (DTC) is known for its innovative work, the result of its leadership’s constant experimentation and the provisional nature of its long-time home. DTC was housed in the Arts District Theater, a dilapidated metal shed that freed its resident companies from the limitations imposed by a fixed-stage configuration and the need to avoid harming expensive interior finishes. The directors who worked there constantly challenged the traditional conventions of theater and often reconfigured the form of the stage to fit their artistic visions. As a result, the Arts District Theater was renowned as the most flexible theater in America. The costs of constantly reconfiguring its stage, however, became a financial burden and eventually DTC permanently fixed its stage into a “thrust-cenium.”

Imagining a replacement for DTC’s old house raised several distinct challenges. First, the new theater needed to engender the same freedoms created by the makeshift nature of its previous home. Second, the new venue needed to be flexible and multi-form while requiring minimal operational costs.

The Dee and Charles Wyly Theatre overcomes these challenges by overturning conventional theater design. Instead of circling front-of-house and back-of-house functions around the auditorium and fly tower, the Wyly Theatre stacks these facilities below-house and above-house. This strategy transforms the building into one big “theater machine.” At the push of a button, the theater can be transformed into a wide array of configurations—including proscenium, thrust, and flat floor—freeing directors and scenic designers to choose the stage-audience configuration that fulfills their artistic desires. Moreover, the performance chamber is intentionally made of materials that are not precious in order to encourage alterations; the stage and auditorium surfaces can be cut, drilled, painted, welded, sawed, nailed, glued and stitched at limited cost.

Stacking the Wyly Theatre’s ancillary facilities above- and below-house also liberates the performance chamber’s entire perimeter, allowing fantasy and reality to mix when and where desired. Directors can incorporate the Dallas skyline and streetscape into performances at will, as the auditorium is enclosed by an acoustic glass façade with hidden black-out blinds that can be opened or closed. Panels of the façade can also be opened to allow patrons or performers to enter into the auditorium or stage directly from outside, bypassing the downstairs lobby.

By investing in infrastructure that allows ready transformation and liberating the performance chamber’s perimeter, the Wyly Theatre grants its artistic directors freedom to determine the entire theater experience, from audience arrival to performance configuration to departure. On consecutive days, the Wyly Theatre can produce Shakespeare on a proscenium stage or Beckett in a flat-floor configuration silhouetted against the Dallas cityscape. Both learning from, and improving upon, DTC’s original Arts District Theater, the Dee and Charles Wyly Theatre will restore Dallas as the home of the most flexible theater in America, if not the world.