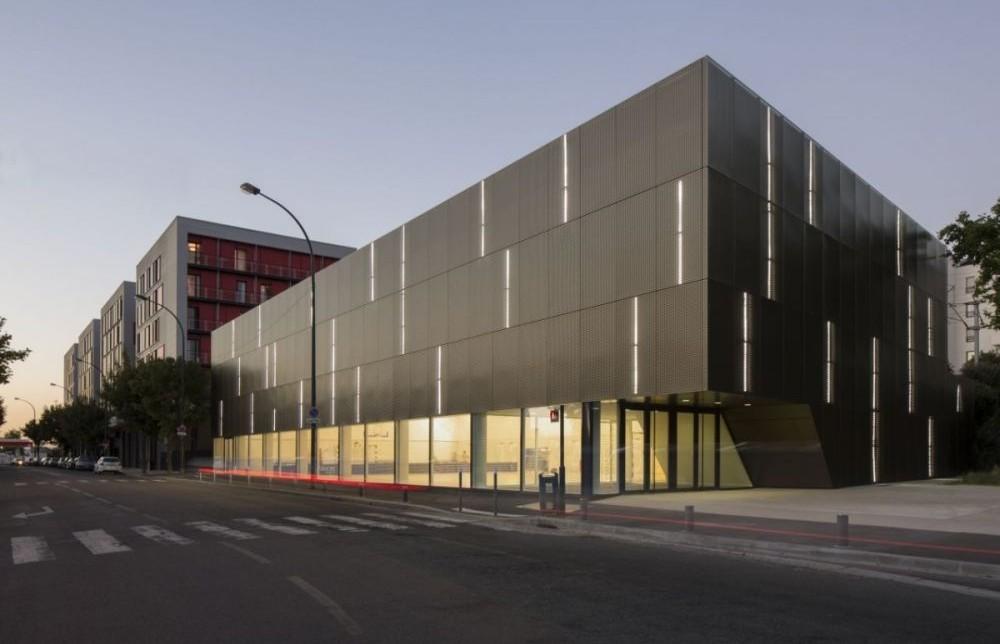 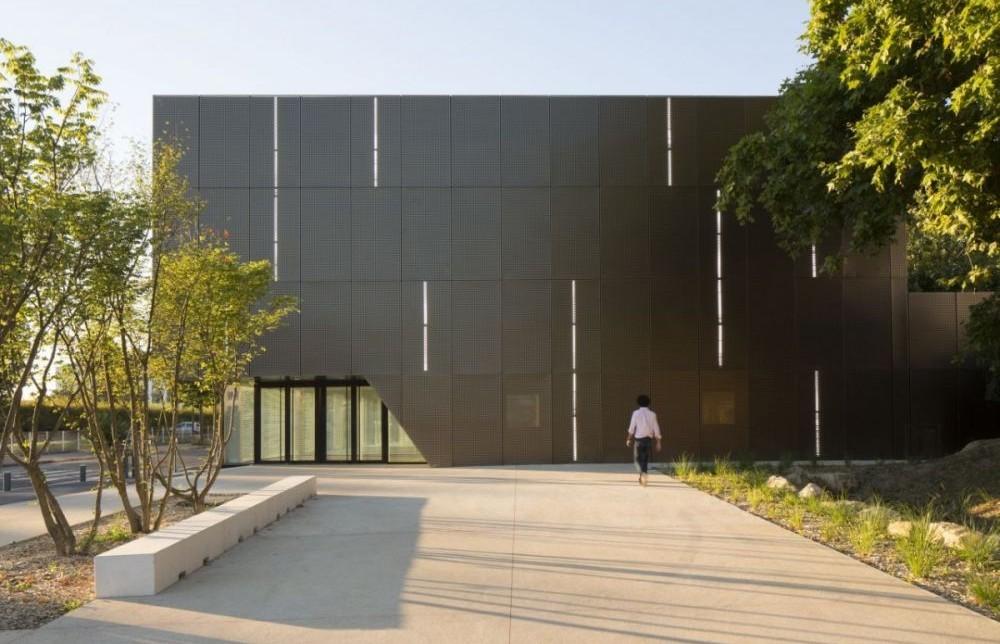 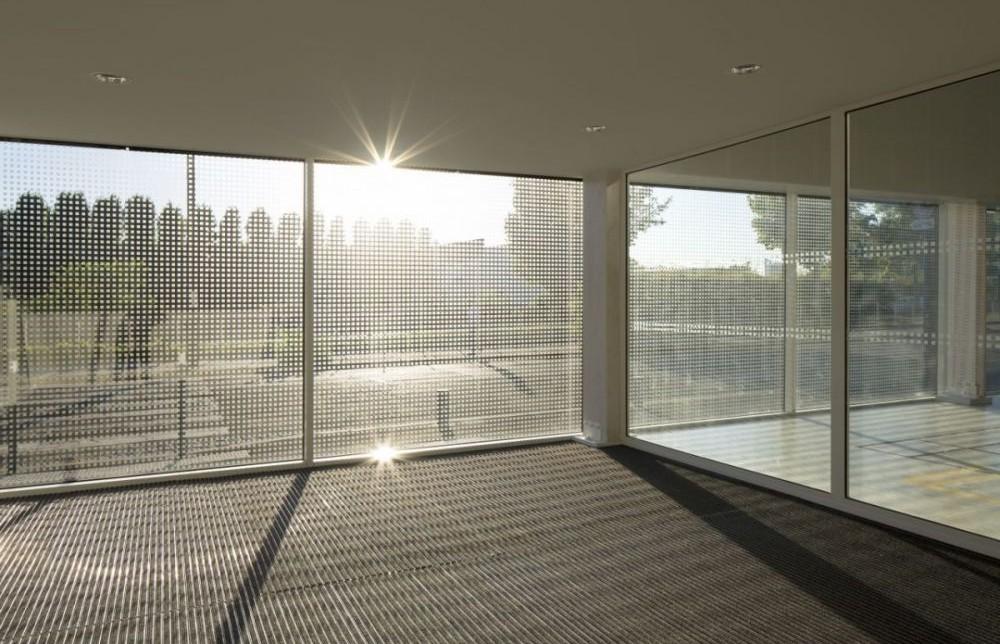 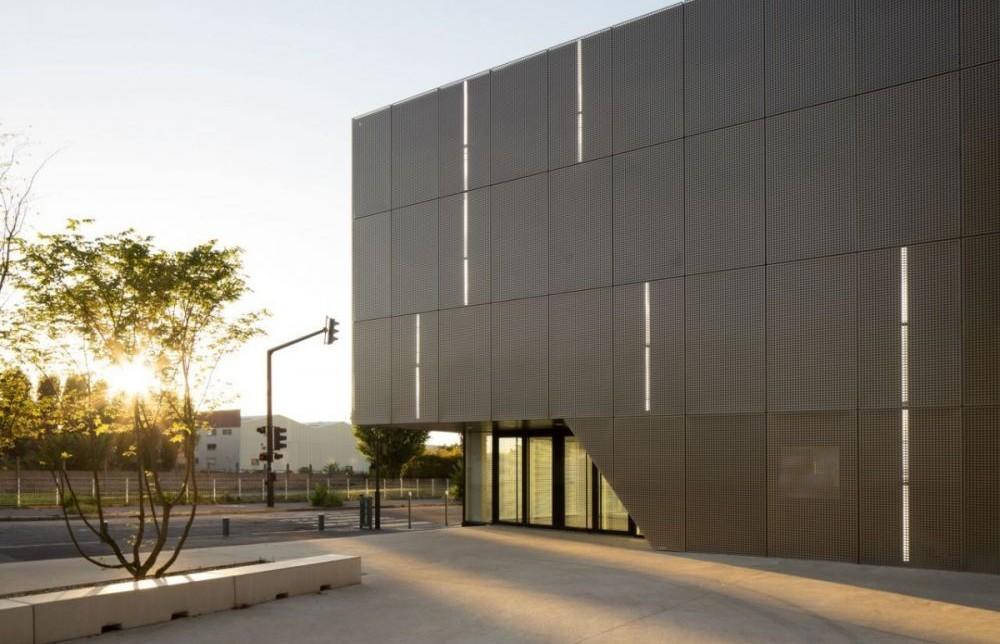 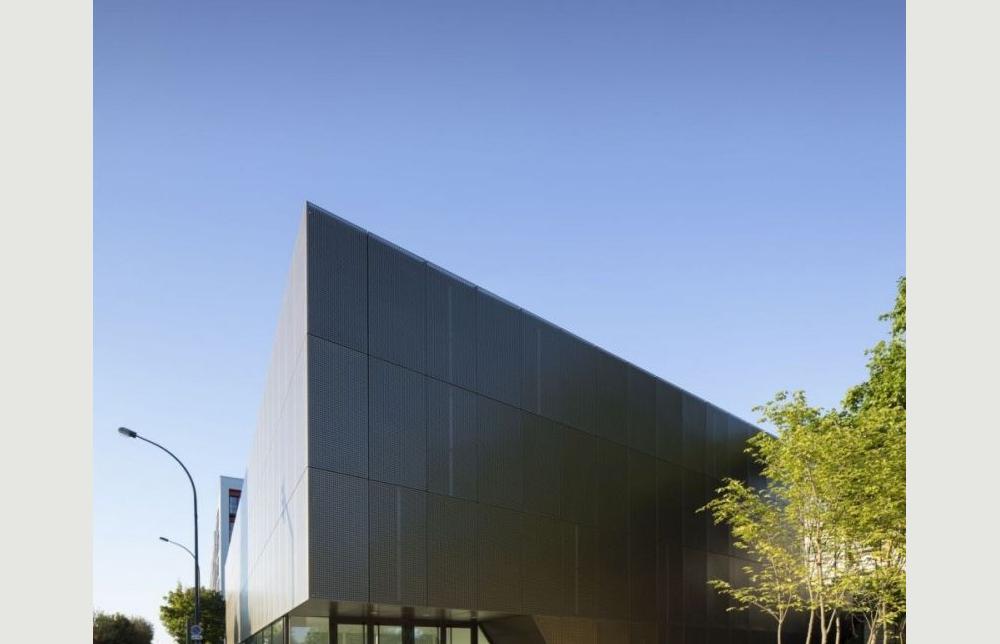 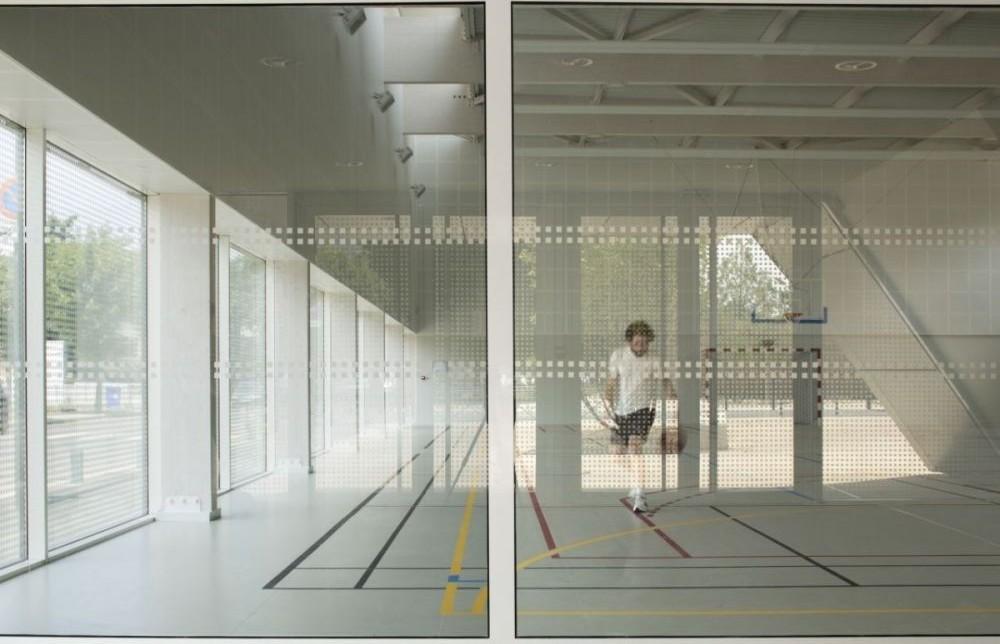 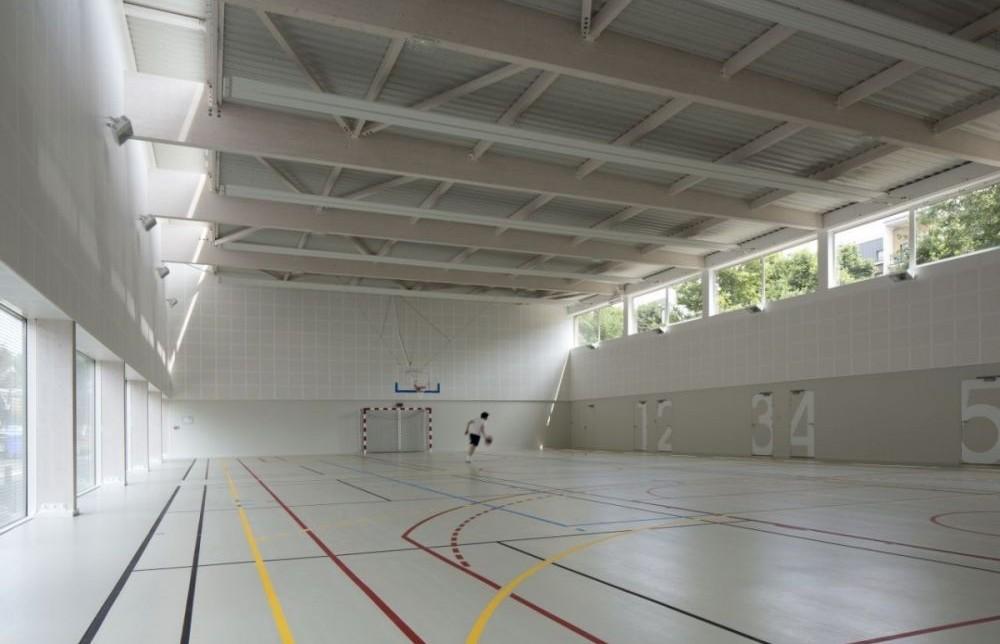 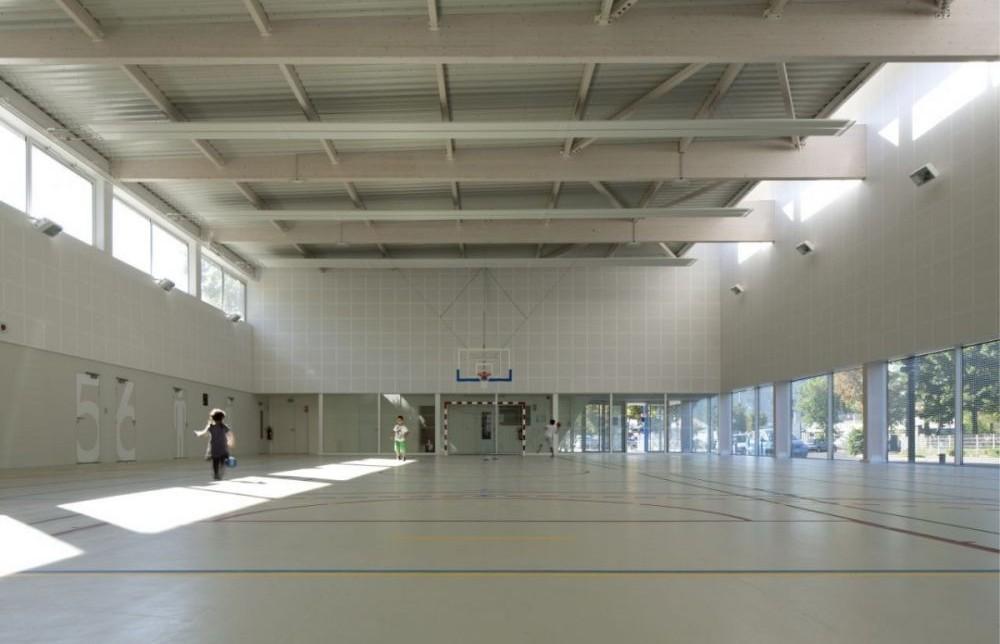 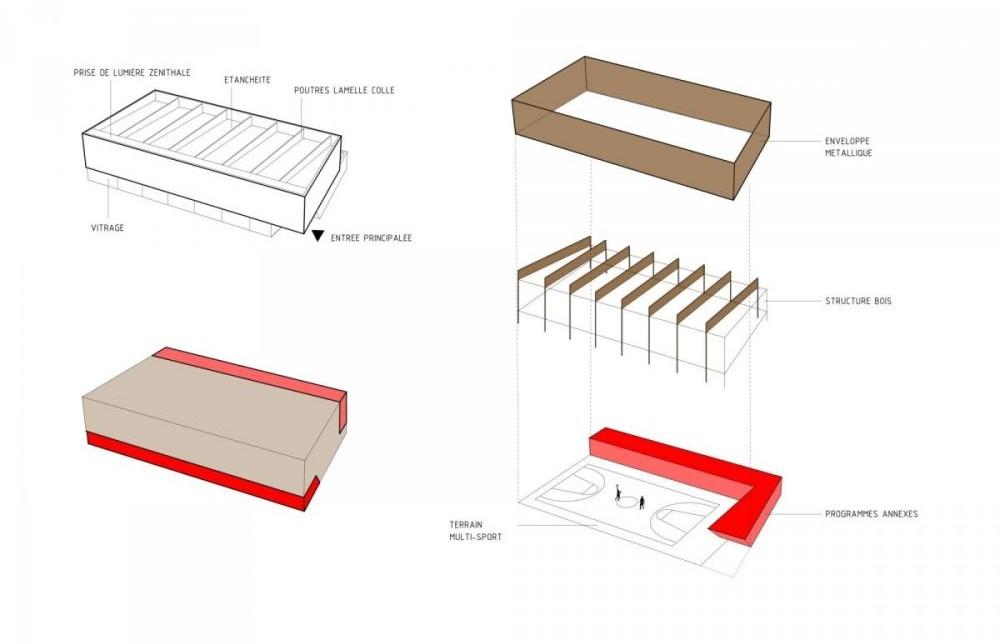 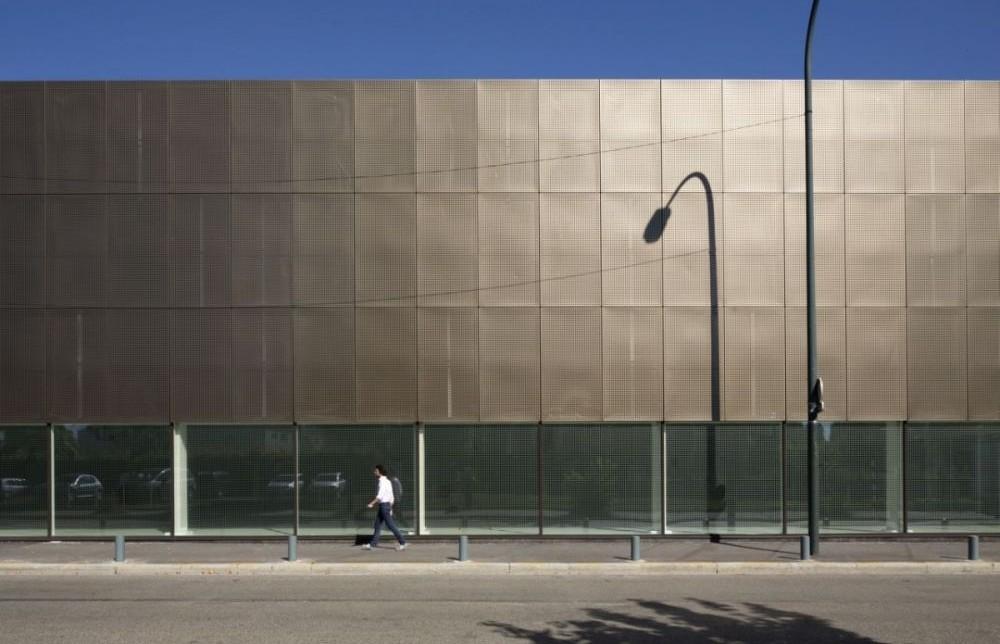 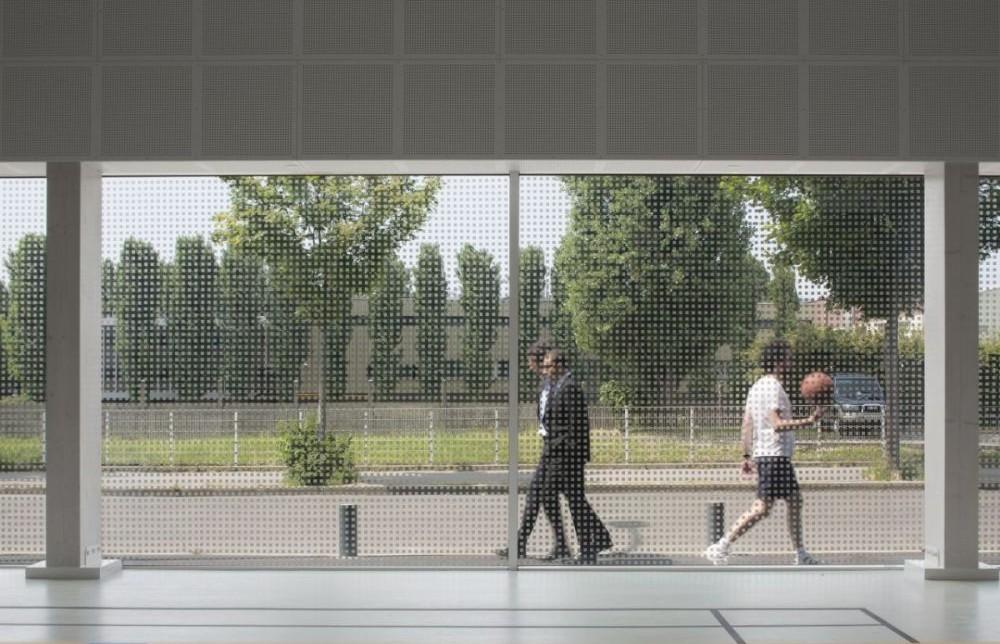 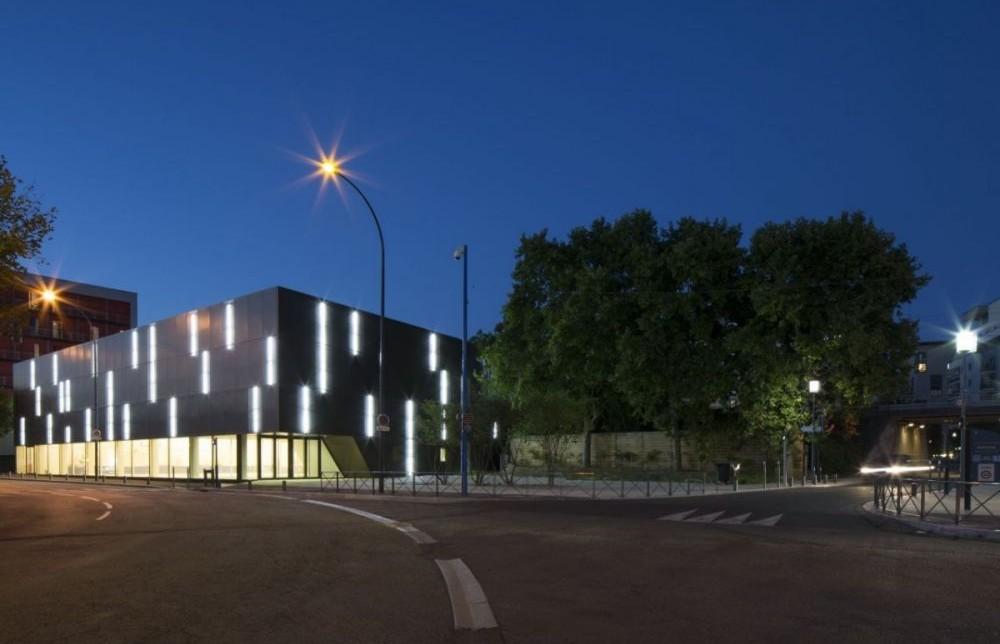 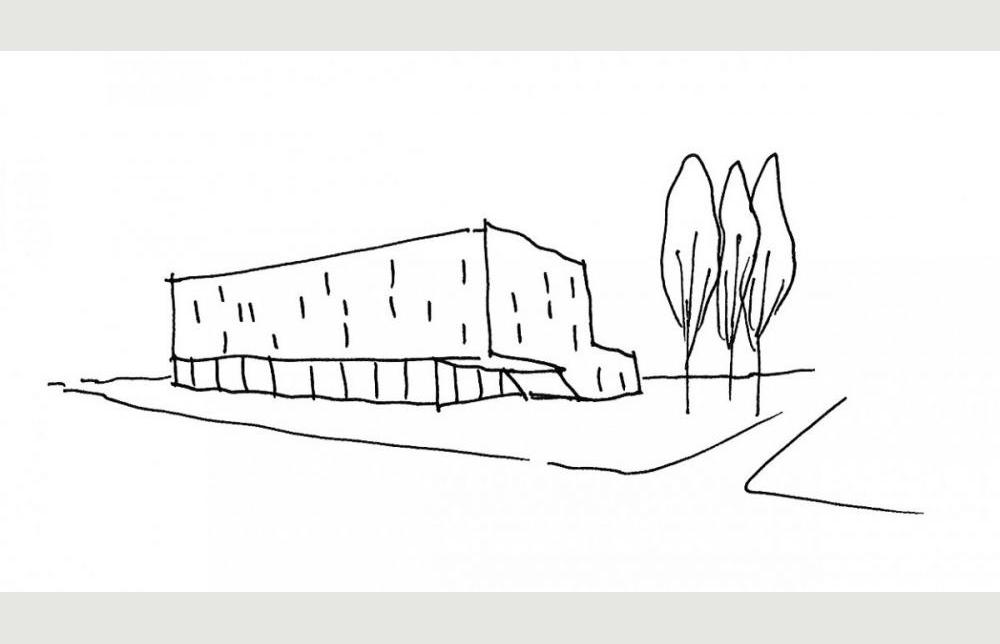 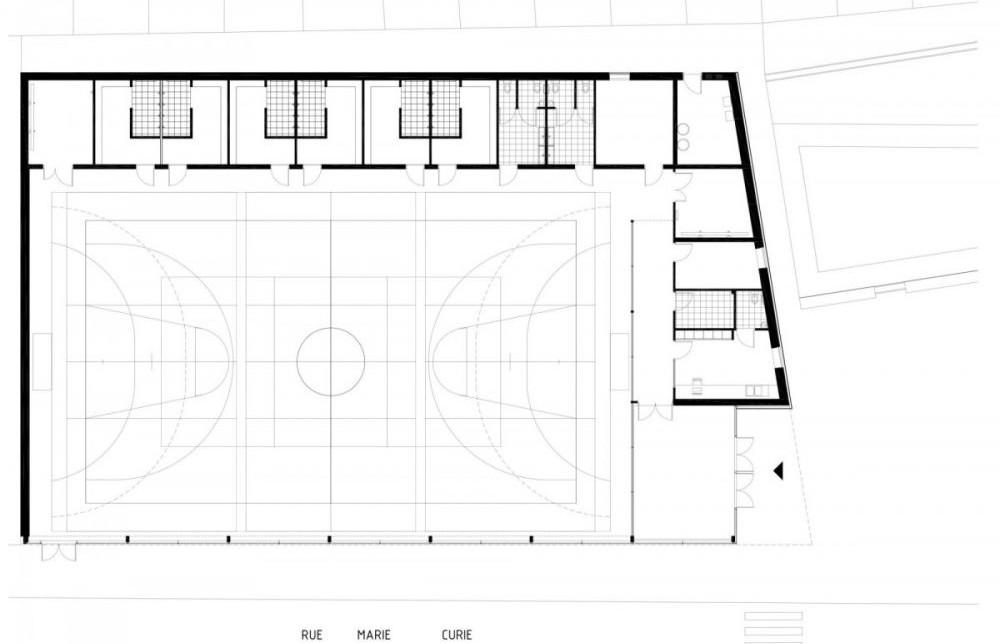 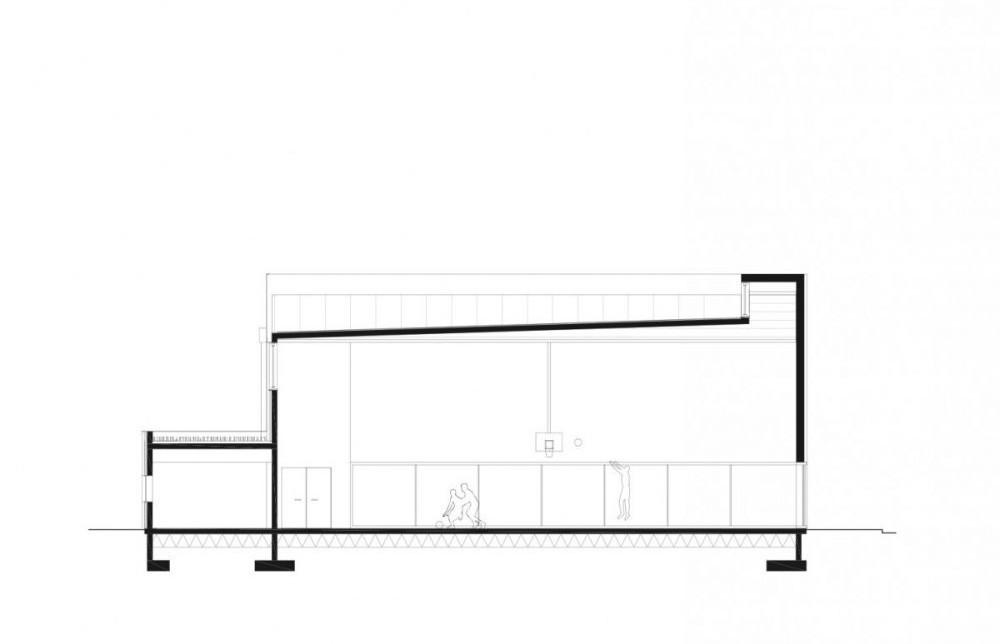 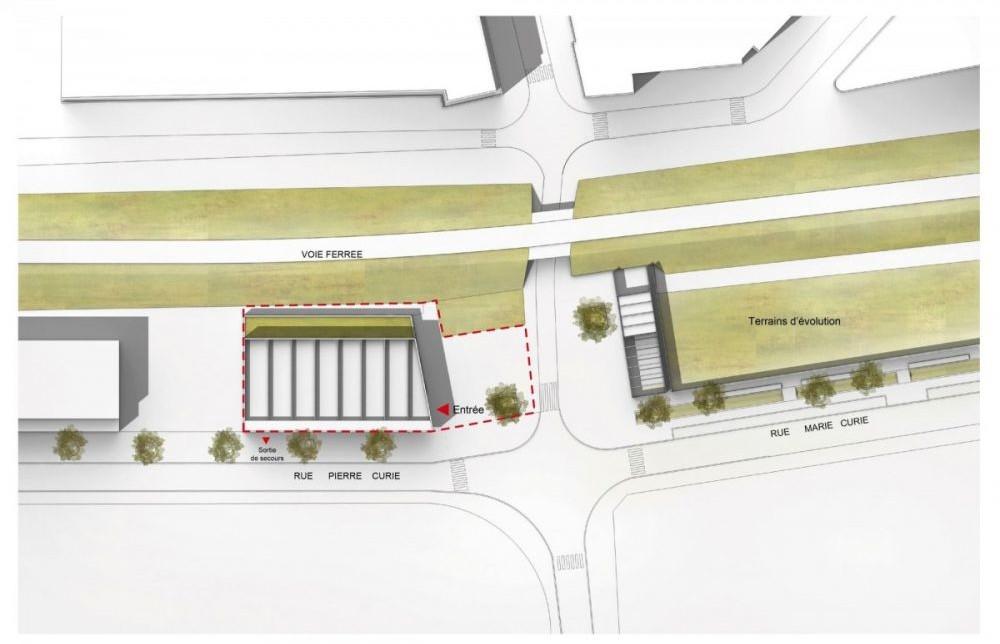 The site is characterized by three special features that led our intentions: – Its dimension: a narrow piece of land, 30m width and 250m long, along a railway embankment – Its orientation: the site opens to the south on the river La Seine – A breach generated by the western entrance of the new district under the embankment.

The urban challenge was to develop a coherent project on the site scale that uses these features.The breach becomes a unifying square, a strong link between the gymnasium and the outdoor playgrounds. The length of the site is organized by a sequence of wooden planted wall.

Emerging from the railway embankment as a rock with straight edges, the gymnasium manifests itself through its massive aspect leaning over an illuminated rift that shows the interior activities.

The sports hall, that we wanted visually homogeneous, is located along the street, creating a strong visual link between the city and the gymnasium. Around are organized the changing rooms, the facilities and other additional rooms. An opening on the roof brings diffuse light, completing the light coming from the wide windows on the façades.

The street façades are composed by two levels: a glassed low level that brings life to the street at pedestrian scale, and a high massive level composed of metallic punched panels that highlight the building with vertical lights.

The structure is made of a wooden framework leaning over a concrete basement along the railway. The high laminated timber beams appears on the roof, giving rhythm and depth. This project is a simple answer to sustainable development concerns and to a particular urban context.