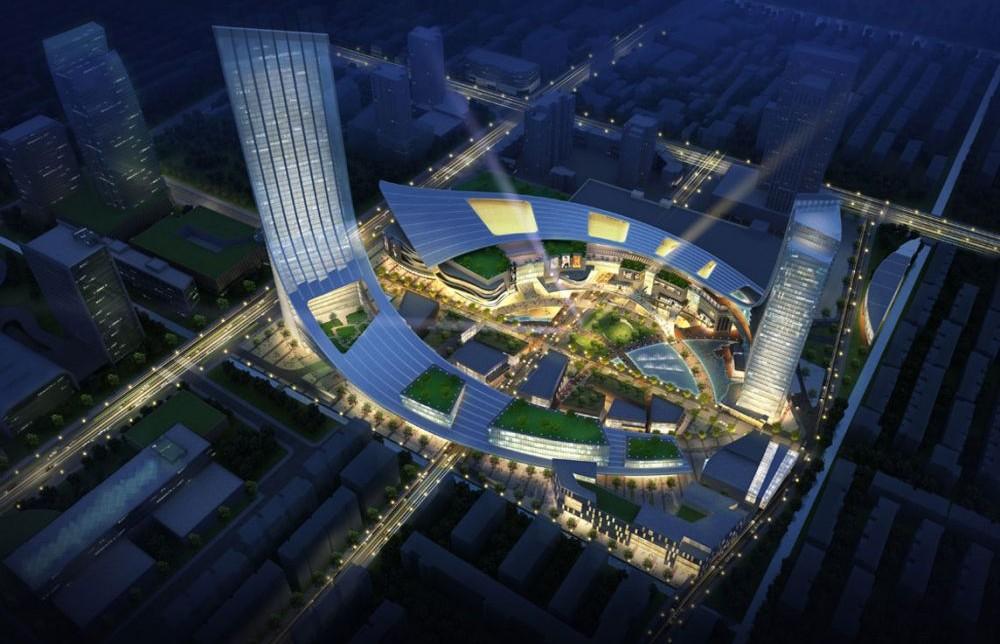 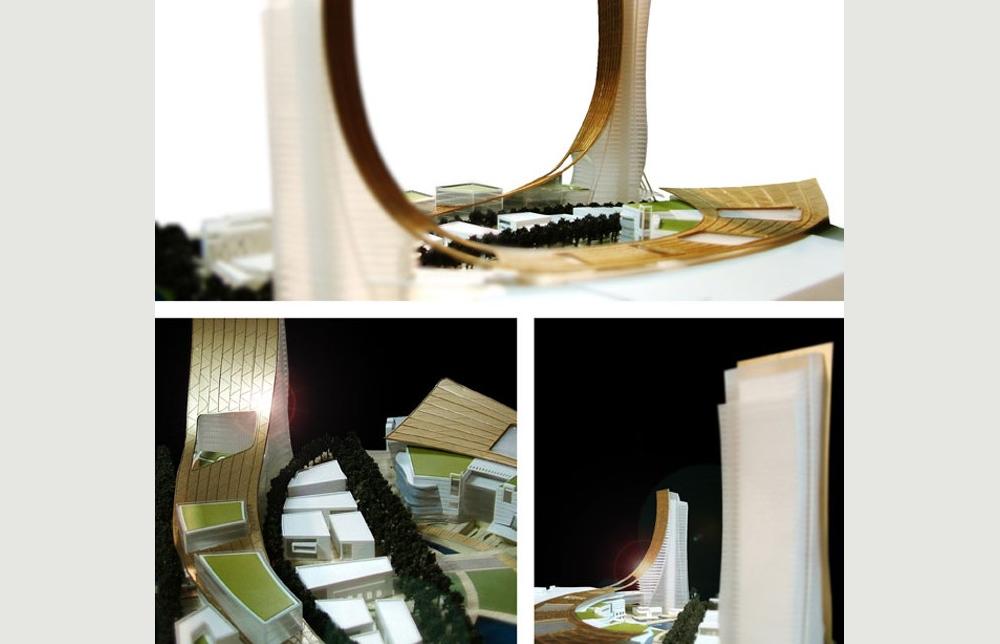 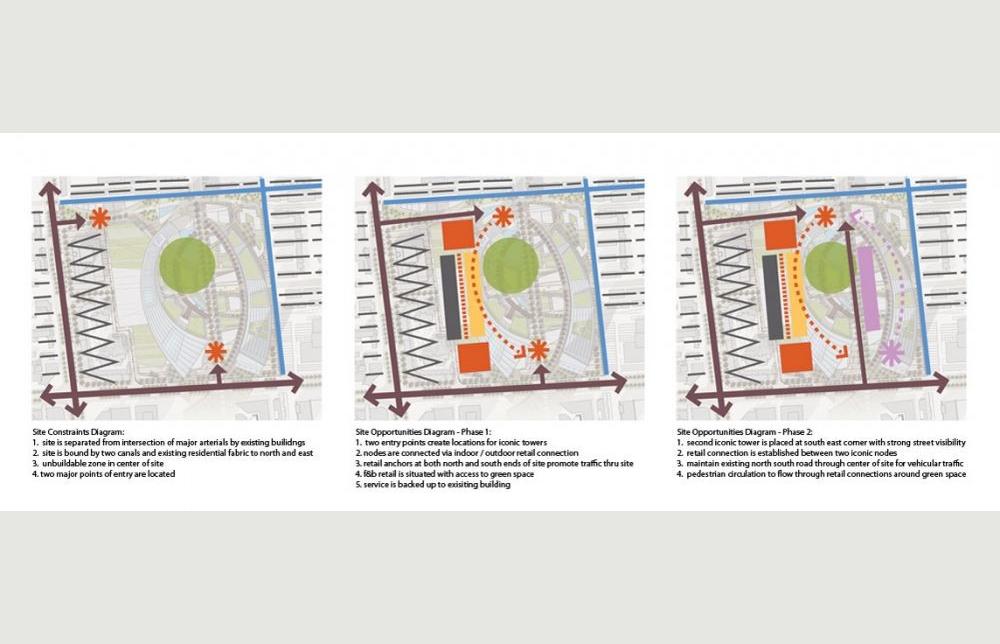 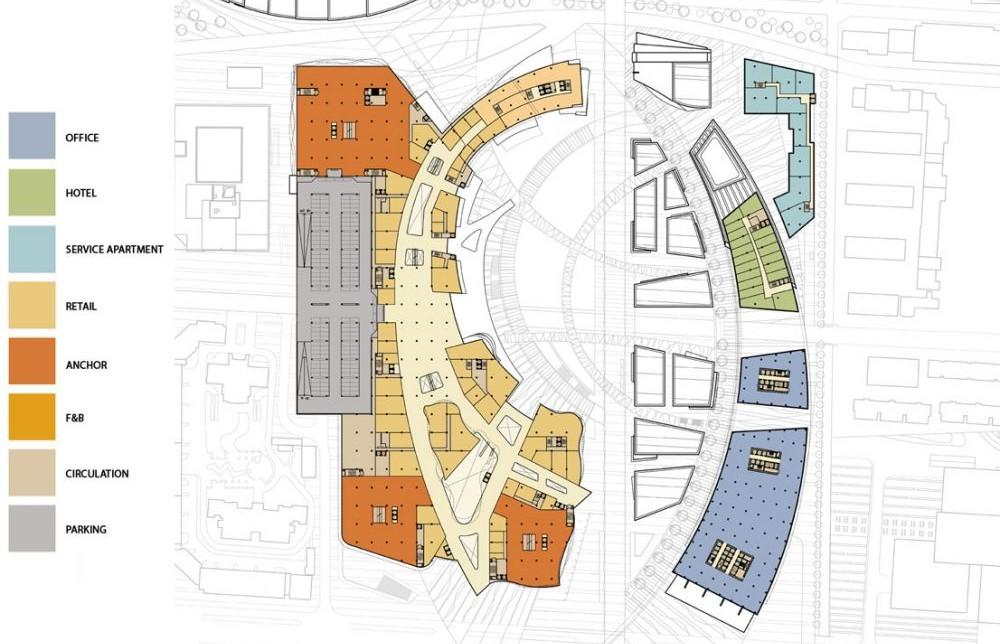 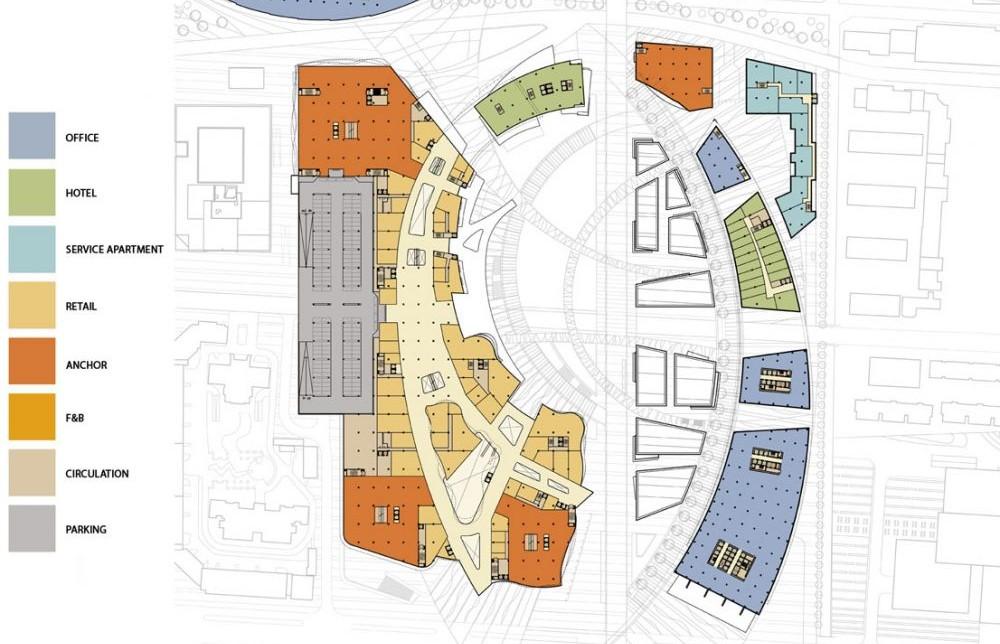 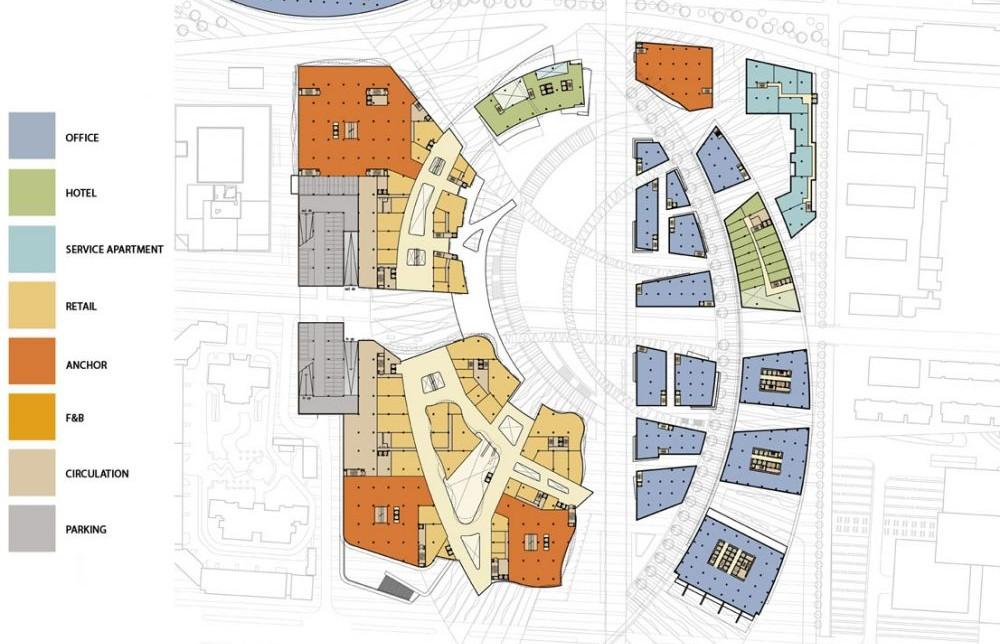 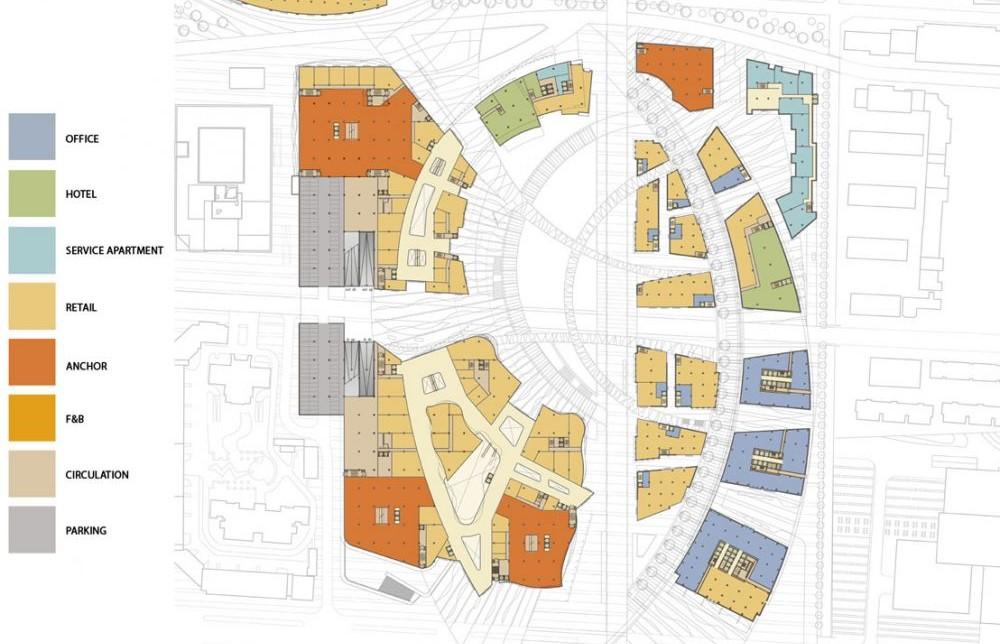 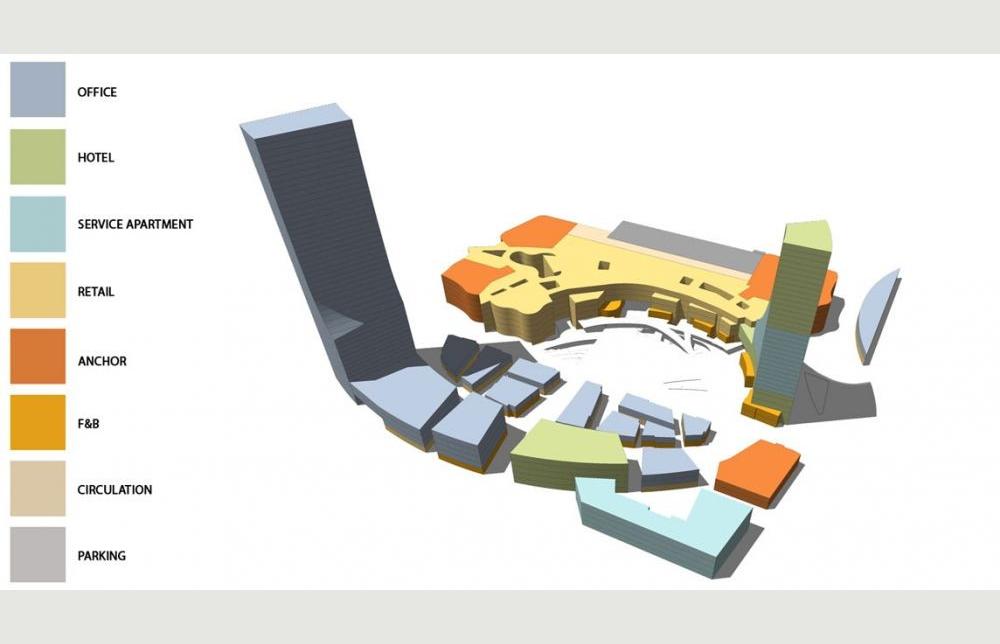 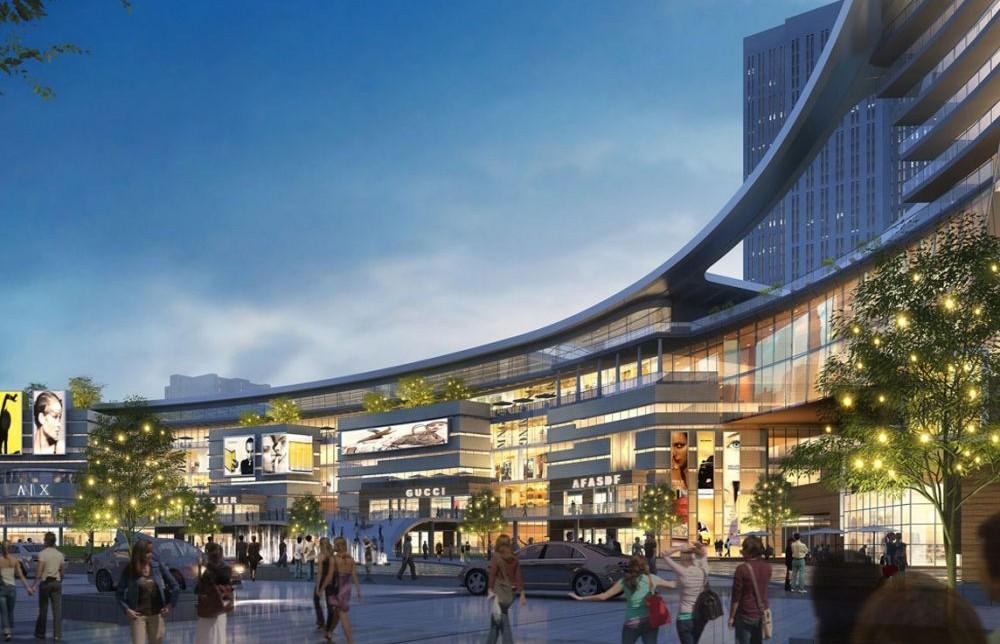 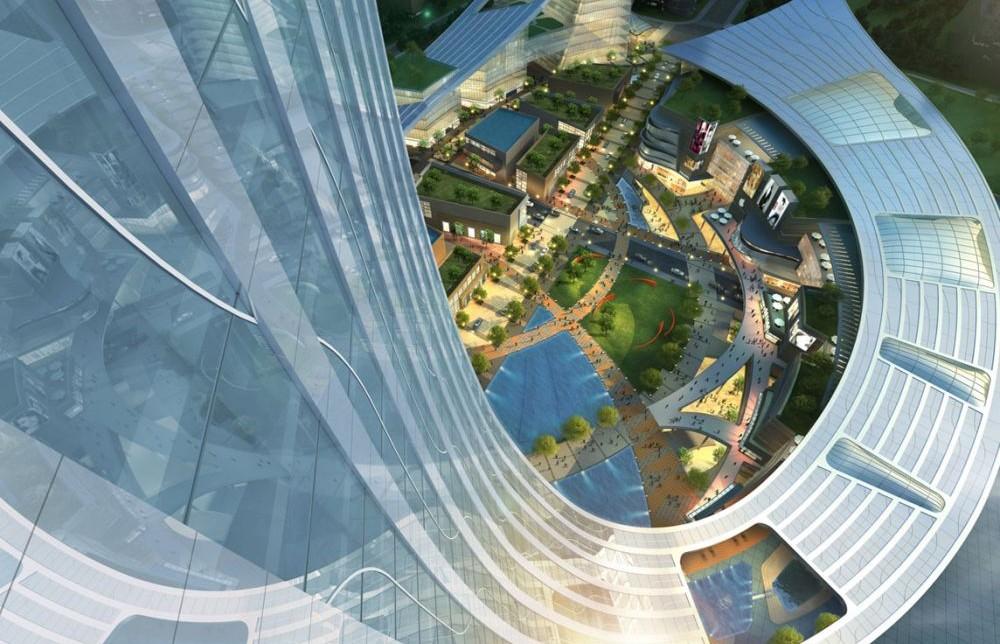 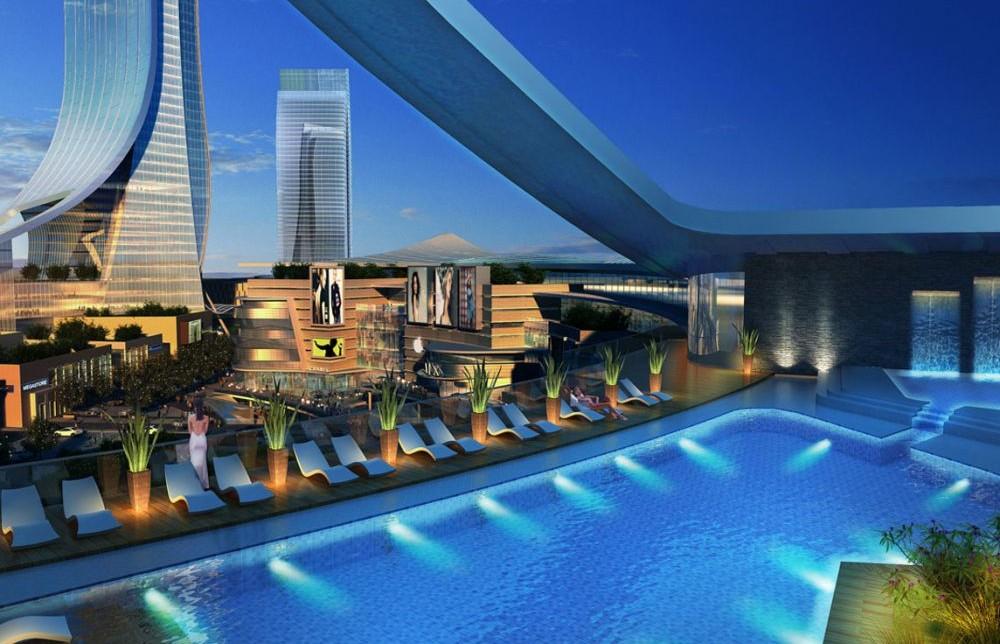 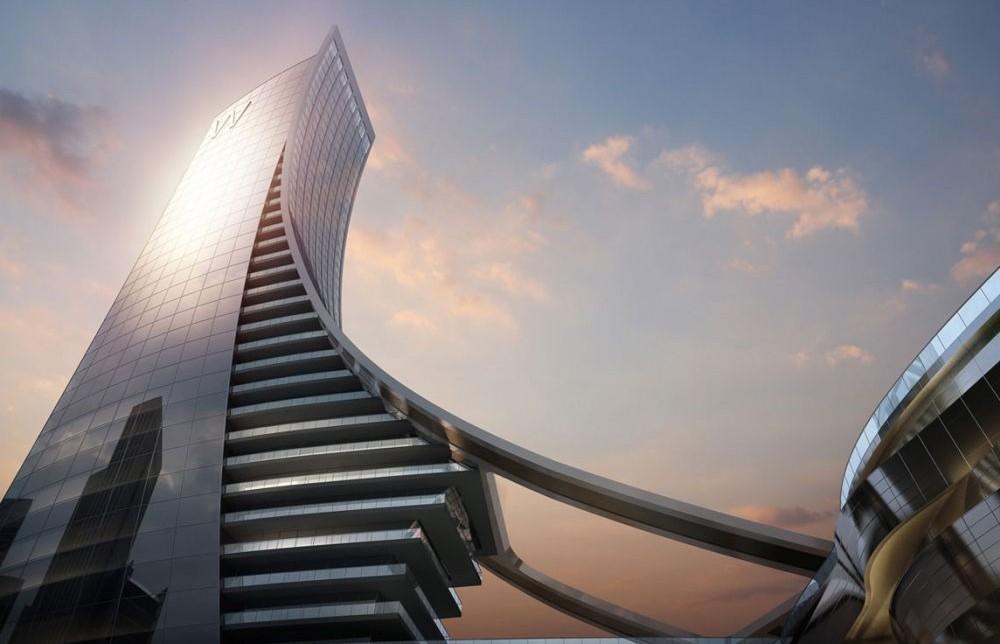 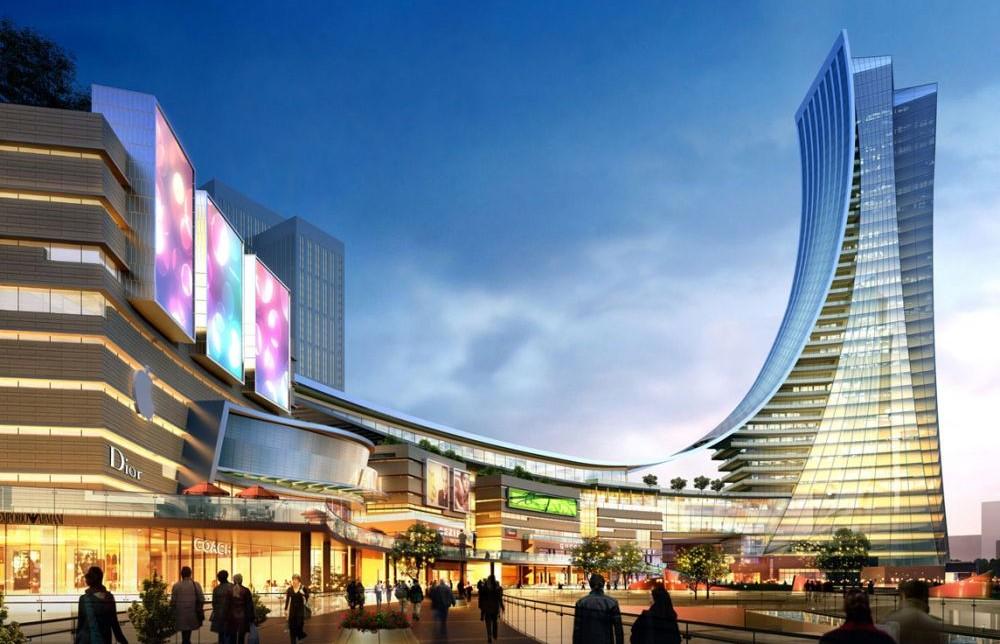 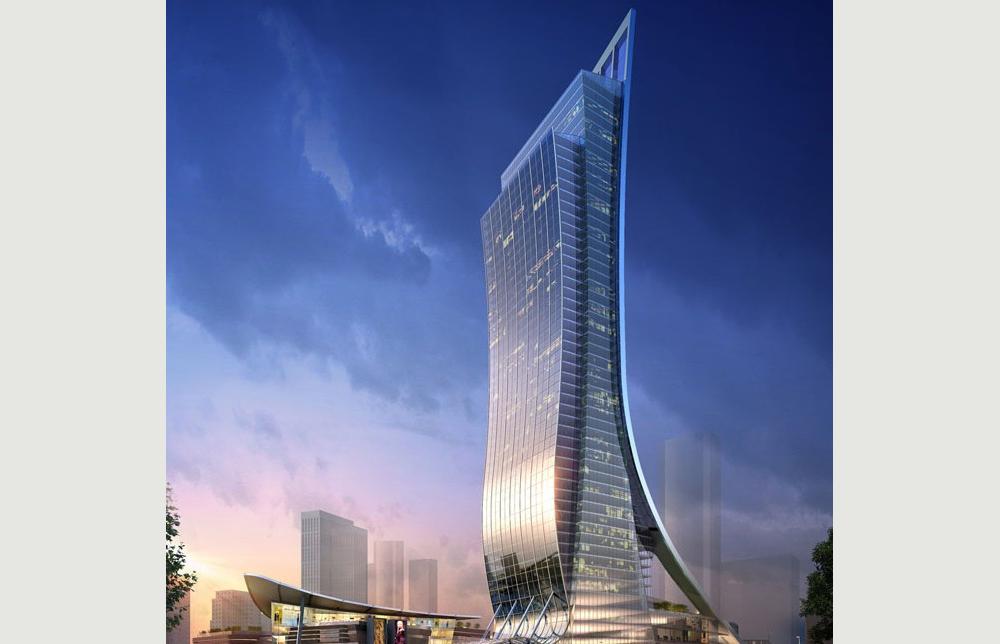 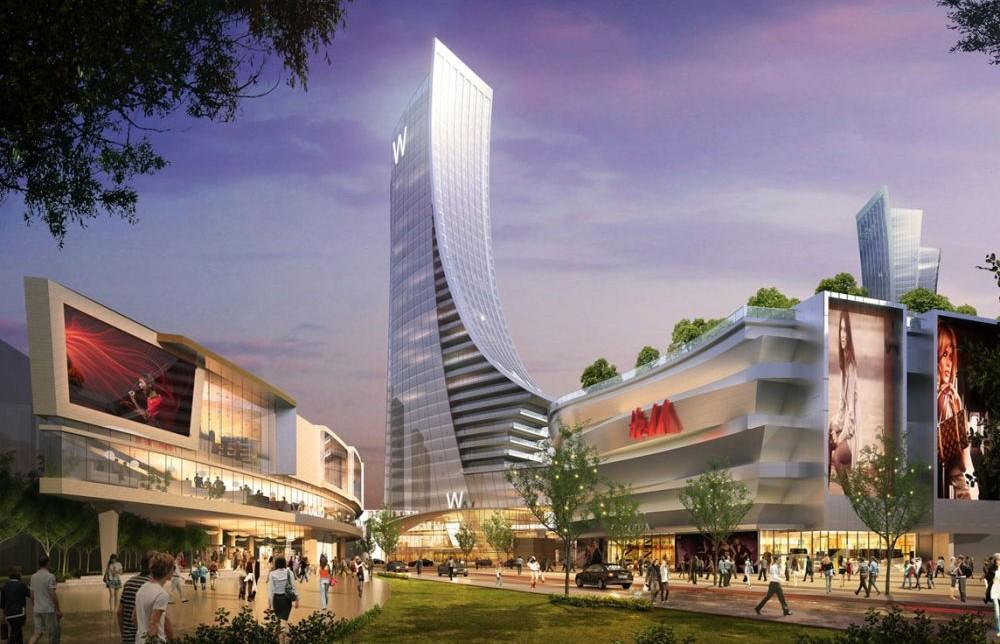 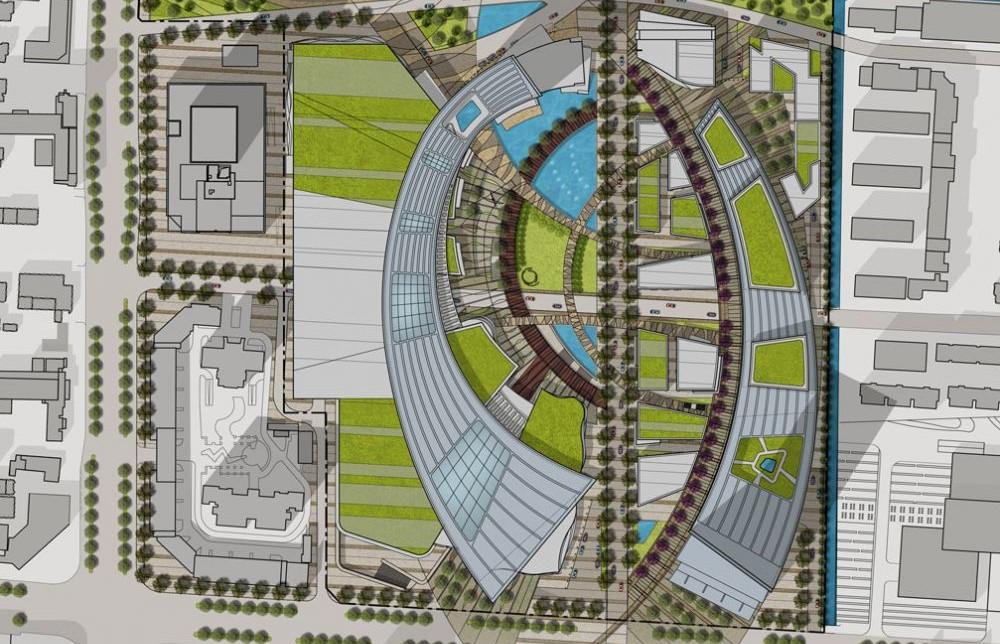 ARISE is a 315,000 square meter mixed-use development featuring a five-star high-rise luxury hotel complemented by a second high-rise office tower that architecturally merges indoor and outdoor environments into the overall architectural concept. The project is located in Suzhou, Chinas second largest industrial city and a popular tourist destination known for its lush gardens and historic canals. ARISE offers not only hotel and office space, but also an indoor / outdoor retail center, food and beverage district, serviced apartments and entertainment spaces. Situated around a grand plaza and green space totaling 48,000 square meters, the sites fluid, circular layout and striking architectural forms are designed to complement the citys existing urban fabric while creating a central attraction for both business and pleasure.

The project will be developed in two phases, the first includes a 5-story retail mall, an iconic 40-story hotel and apartment tower, and a low-rise commercial office building. The second phase includes a signature 54-story high-rise office tower and a 5-story housing block. At the heart of the development is an interior village-setting characterized by ground-level retail and intimate pedestrian pathways lending views to Suzhous famous canals.

Beginning with master planning, the design team had to resolve a number of challenging site issues including street visibility, the preservation of an underground bunker site, site circulation and integration with the surrounding metro station stops and adjacent museums. The property is located one block east of the intersection of two of Suzhous major arterials, Dongwu North Road and Baodai East Road. The north and east sides of the property are also bound by canals and high rise apartments typical of dense Chinese residential districts. The site therefore contains a very limited amount of main street frontage with the exception of one tiny access off of Dongwu North Road.

To address a substantial area at the center of the site classified as an unbuildable zone and obstructed visibility at the key intersection, the design team created the initial form for the master plan: two nodes, each with their own entry point and located opposite from each other to create a connection and activate the unbuildable central open space.

The two nodes and their related elements were broken into two phases to form the parti diagram of the master plan.

Phase one includes 5-story indoor / outdoor retail mall experience with two anchors strategically positioned to draw traffic from one end to the other. The mall contains one level of below-grade retail that will connect with the proposed metro line to the southwest. The retail center faces toward the green space, encouraging the interaction of the interior and exterior program elements and creating opportunities for food and beverage retail to extend out onto terraces. Service and parking are placed to the east of the existing buildings, blocked from view.

The first phase node houses the signature hotel and serviced apartment tower located at the north end, drawing views in from Dongwu North Road and creating a northern entry anchor to the massing of the mall. Serviced apartments are located on levels 7-20, with hotel located on levels 21-40. The hotel and apartments share a pool deck with a full service bar and fitness center that connects to a luxury spa and salon on the fourth floor of the mall. A narrow low-rise office directs views away from the canal and toward the shared hotel /serviced apartment and mall north entry drop-off. The architecture and the planning of the first phase elements follow the natural flow from the iconic tower to the retail anchors via the indoor / outdoor retail connection and around the open green space.

Phase two balances the massing and planning with phase one by placing a second signature tower node near the southern retail anchor to form a strong street presence along Baodai East Road. Again, the same natural flow is created by anchoring the phase two tower with the grouping of low-rise office buildings along the east pedestrian corridor. Along with a boutique hotel and a low-rise housing structure, a playful grouping of small- scale street retail tenants create an interior community that respects the architecture and planning of the existing residential district to the north and east.

The connection to the green space is established through the playful positioning of alleys through the street retail zone, encouraging exploration and capturing views of the phase one buildings. The dynamic tower forms that catch your attention from a distance and lead you into the project create a flowing dance around the site to break up the rigidity of the surrounding infrastructure while activating the development.