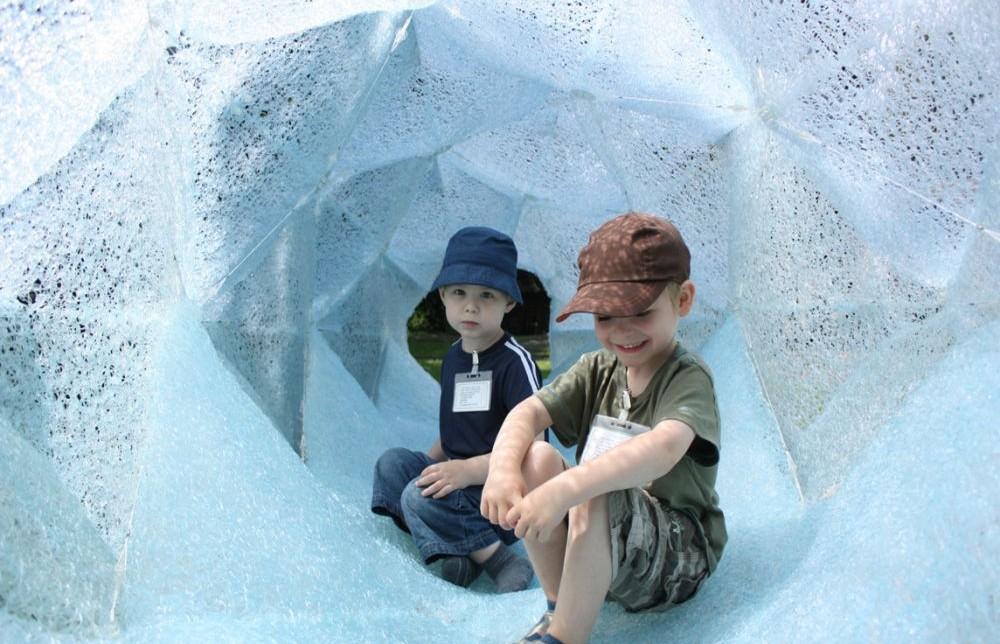 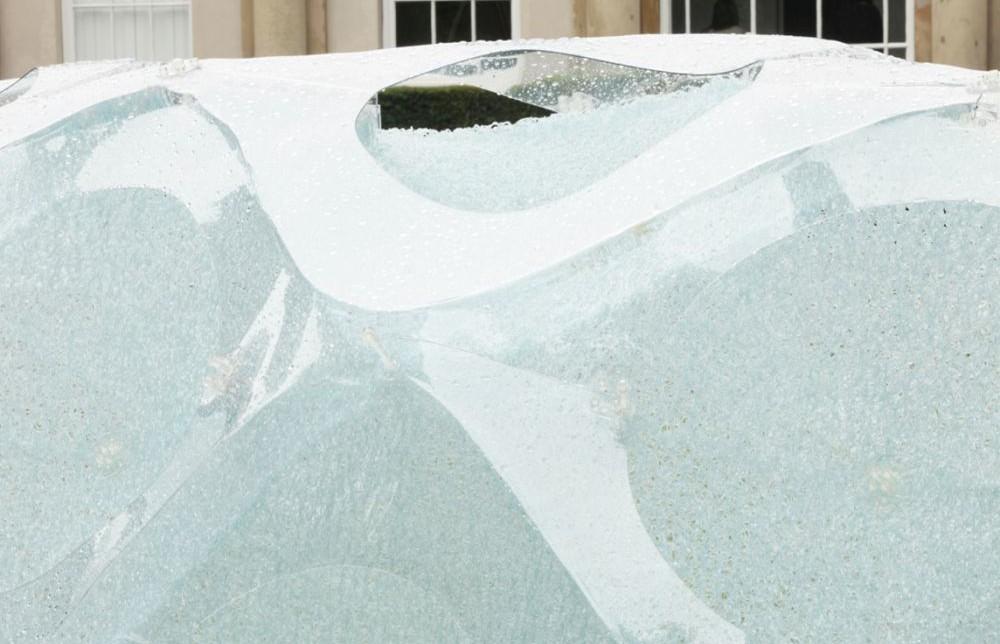 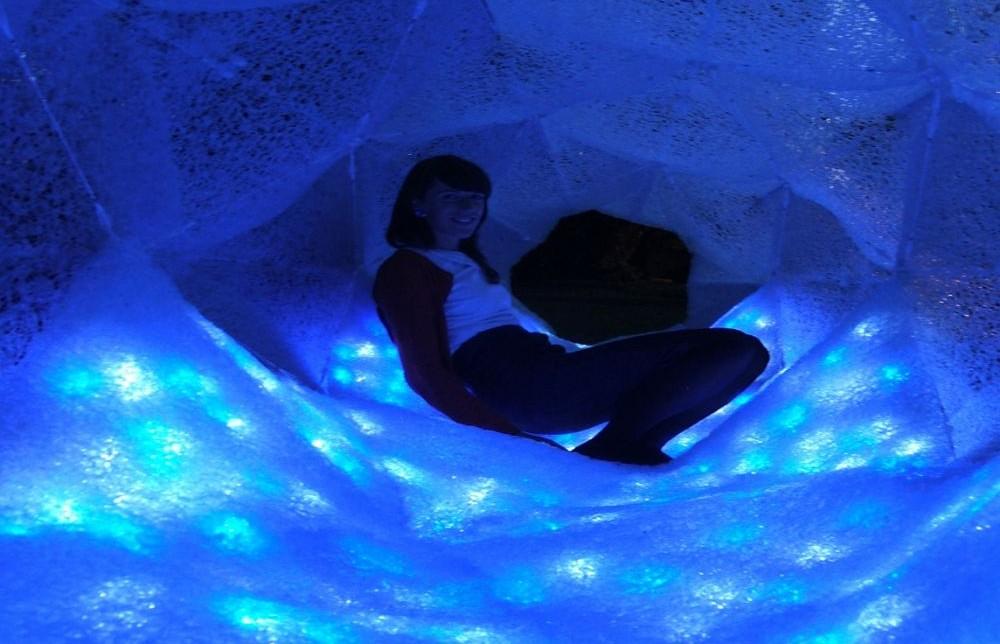 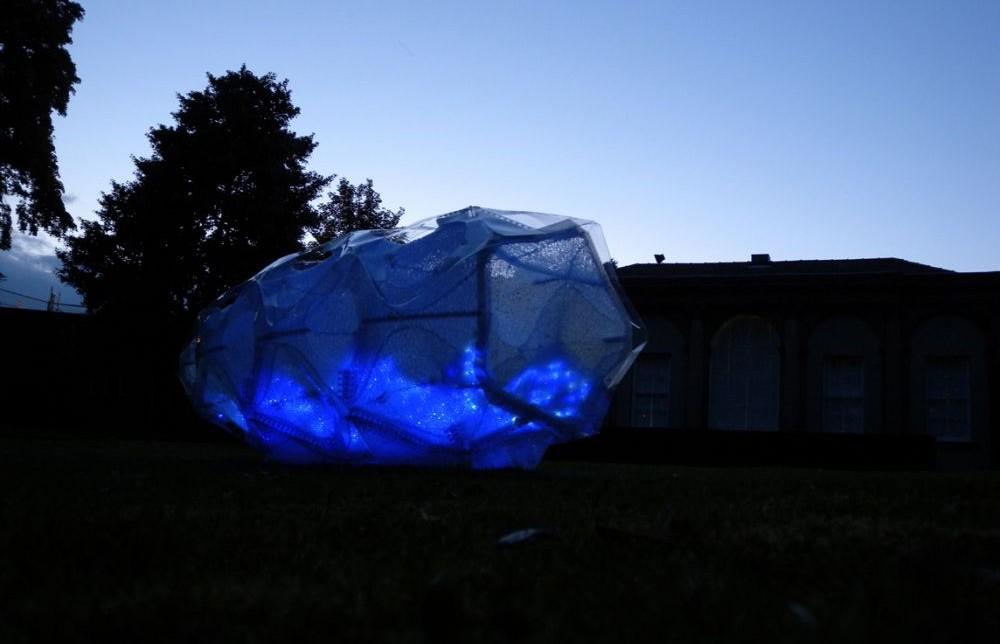 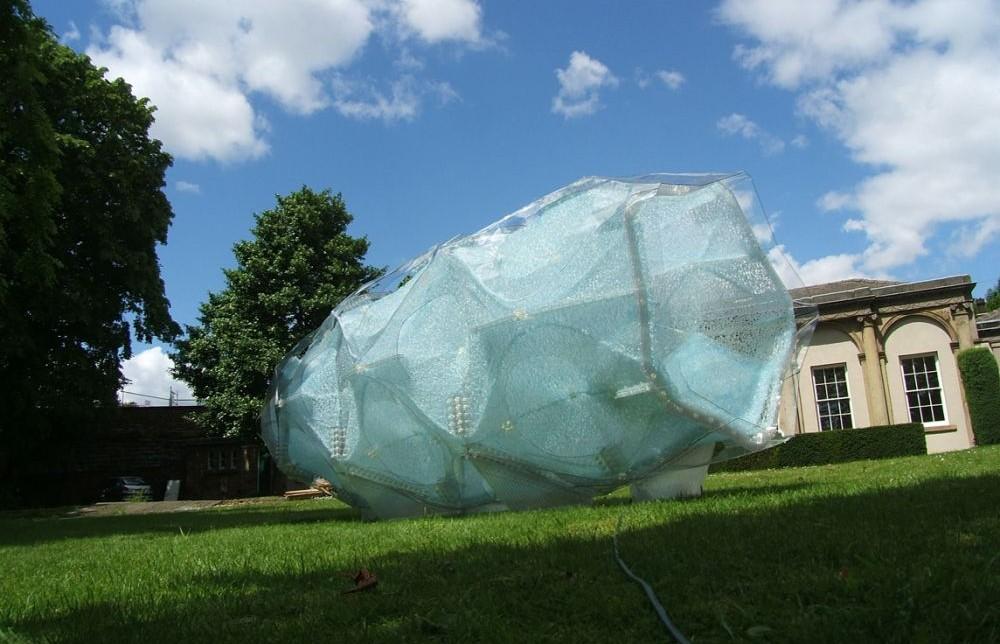 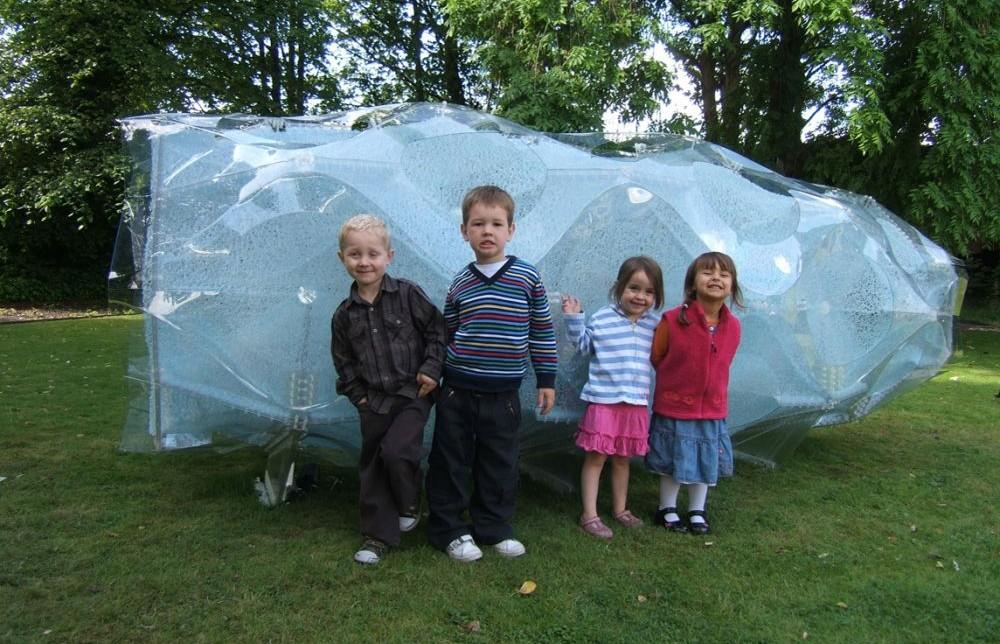 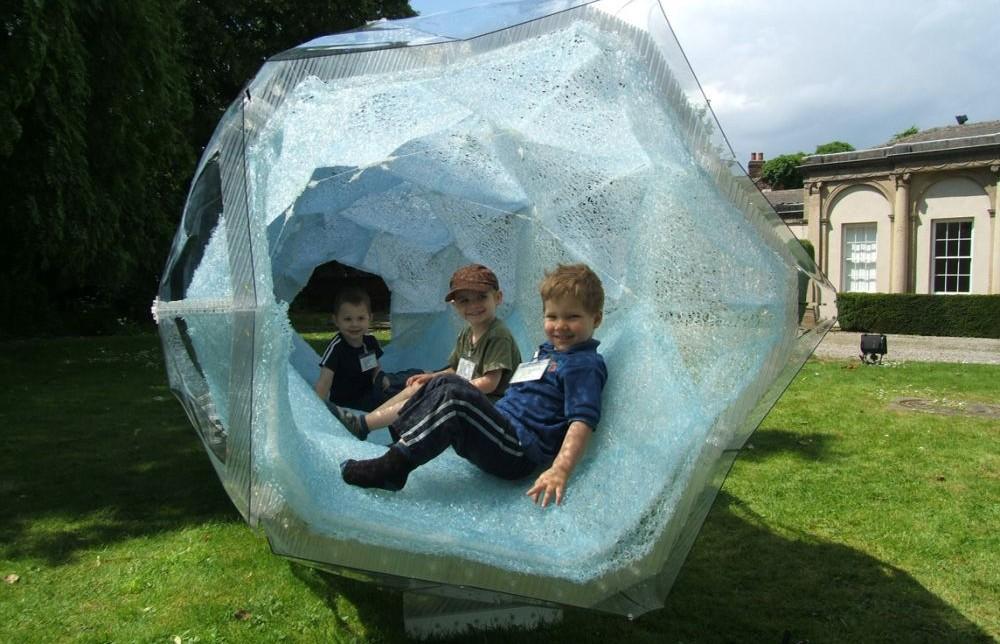 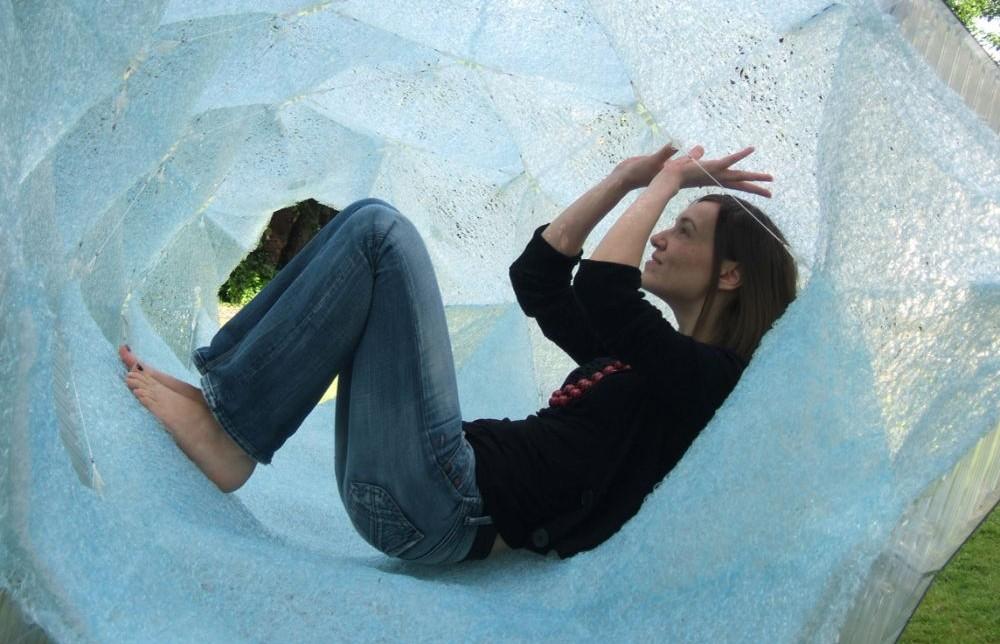 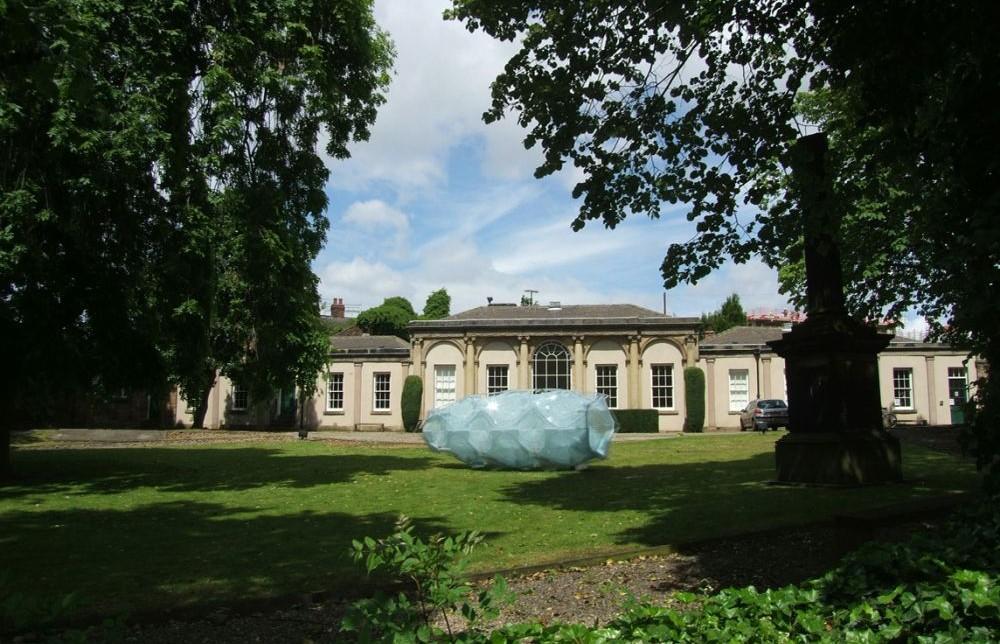 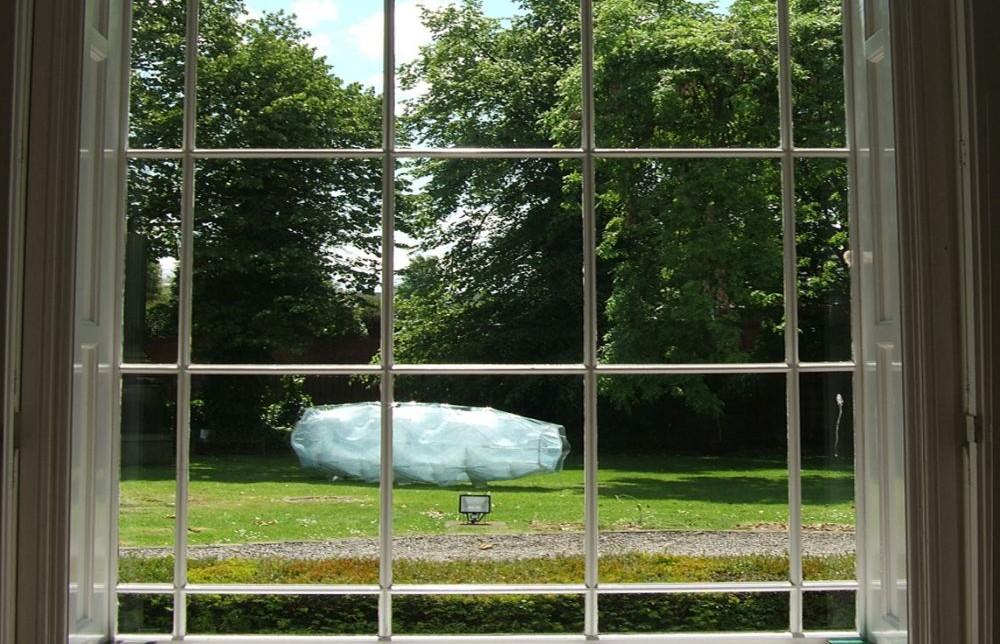 The first Aqua-scape was an exhibition work of Echigo-Tsumari Art Triennial 2006 and award-winning project. It was floating on the water. Architecture until now has been hard, heavy, and unmoving, however, when I think about architecture in the future, it should be soft, light, and moving. Aqua-scape was a prototype based on this idea. It consisted of soft plastic materials and was boneless like a jellyfish. Applying the traditional Japanese ORIGAMI technique to fold soft plastic materials made it possible for structures to stand independently.
Aqua-scape The Orangery version is the second version. It has a double skin system. Outer skin is made of a transparent polycarbonate sheet. Inner skin is made of the same material of the first version. If I say the first version was boneless like a jellyfish, I can say the Orangery version is like a small shrimp because it is wrapped by transparent soft shell. The first version of Aqua-scape in Japan 2006 was floating on the water, however, Aqua-scape The Orangery version in UK 2009 is floating on the grass.