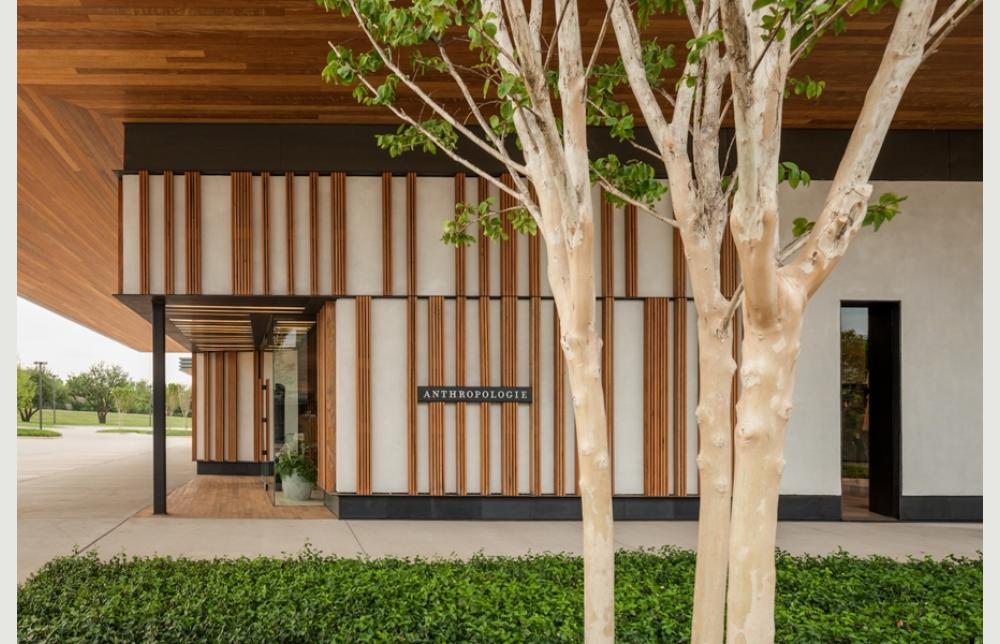 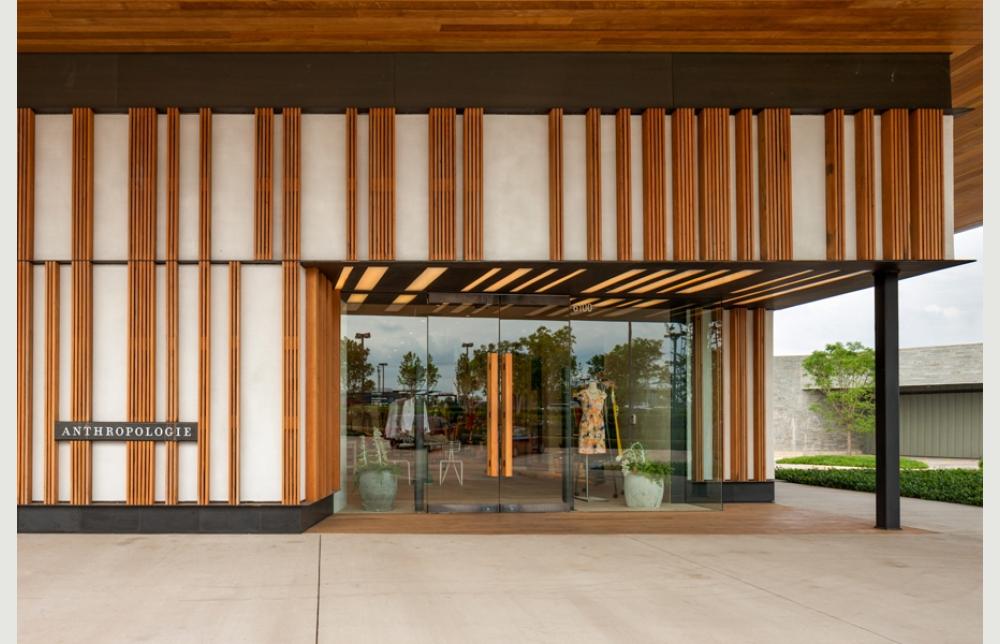 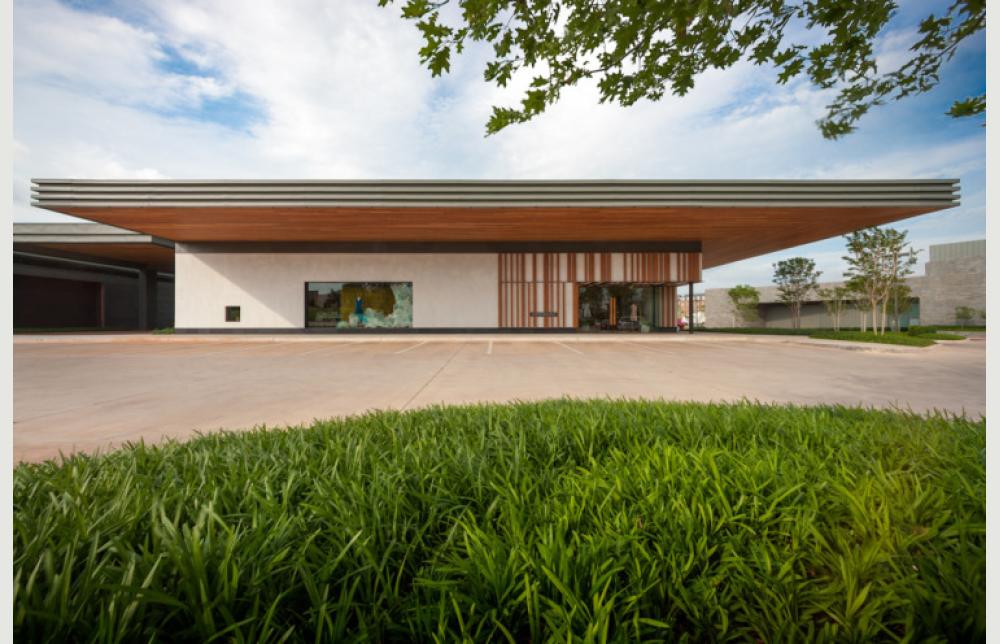 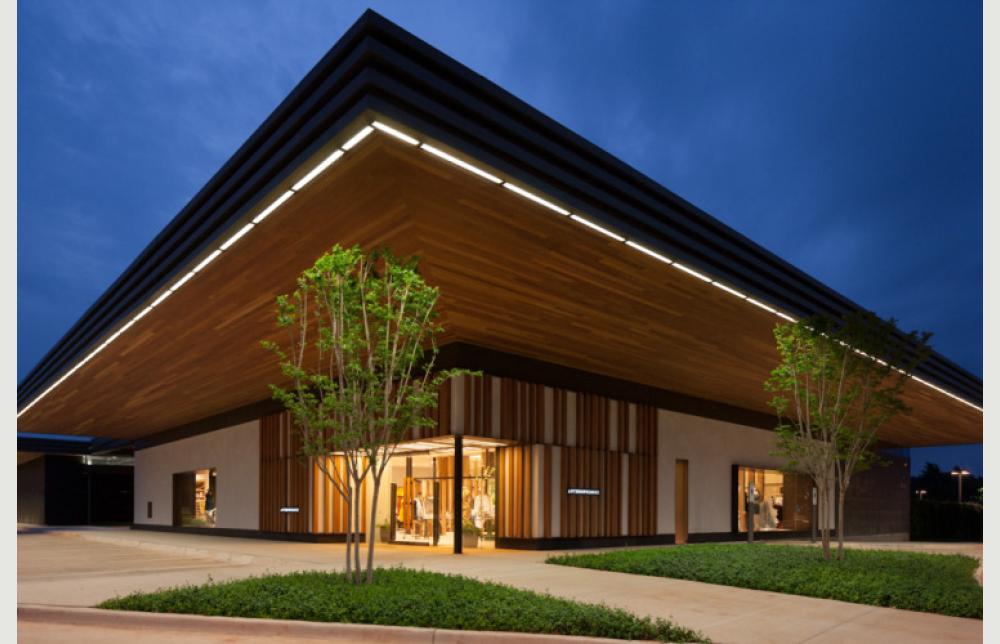 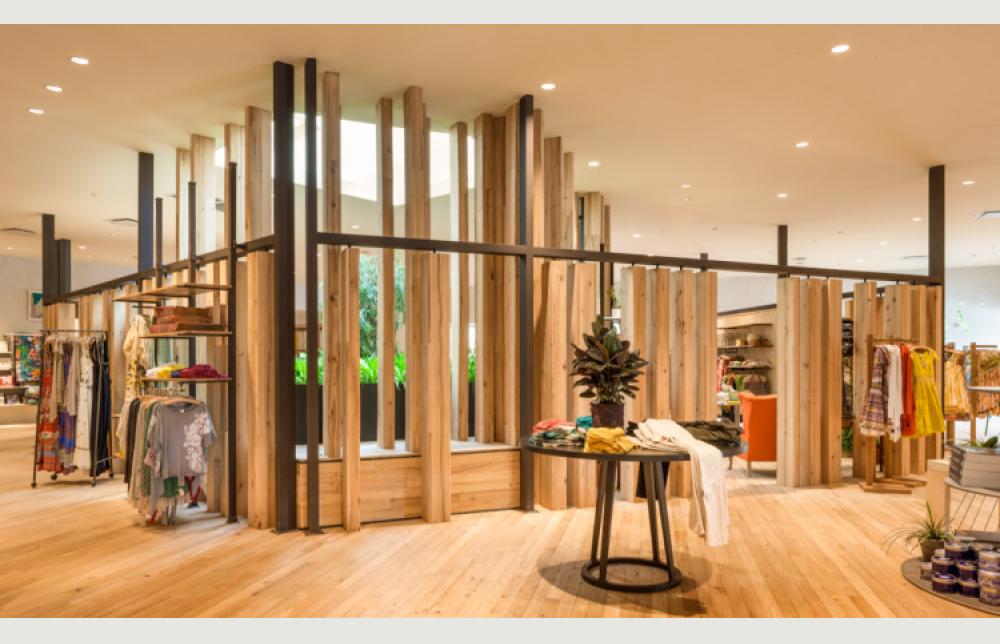 The Anthropologie Oklahoma City store is sited within the Classen Curve shopping center which was designed by Oklahoma-based architect Rand Elliot. We used “toothed” reclaimed cedar columns on the facade to create texture while breaking down the scale of the large exterior surface. We created the entry to the store by carving away the south corner of the facade, forming a covered cove. We then inserted a glass cube with frameless glass doors and a display window, creating a jewel box effect. Blackened steel with interspersed strips of light are revealed as the layers of facade are carved away. Reclaimed elm planks that start at the base of the entry cove and continue into the interior form a single continuous ground plane that connects the inside and outside of the store. Inside, a large central skylight illuminates a lush interior garden. A large blackened steel planter box is framed by groupings of cedar columns, some of which have elevated cedar boxes at their bases. We thickened the exterior walls of the building in order to create niches for built-in shelving and display windows that would all be completely flush. The walls were thickened at tapering angles to break down the rigid rectangle of the existing building.