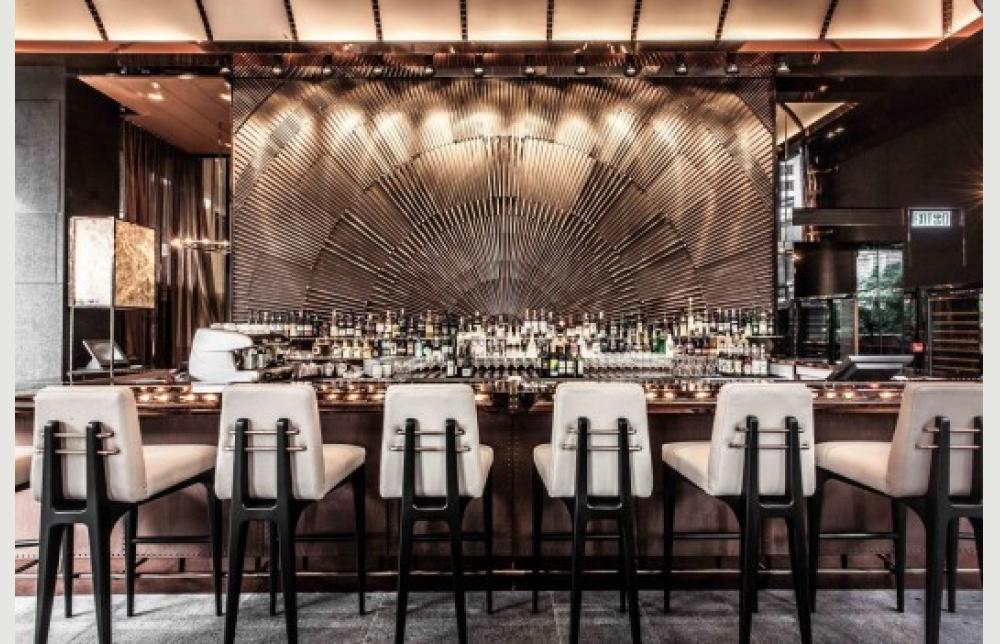 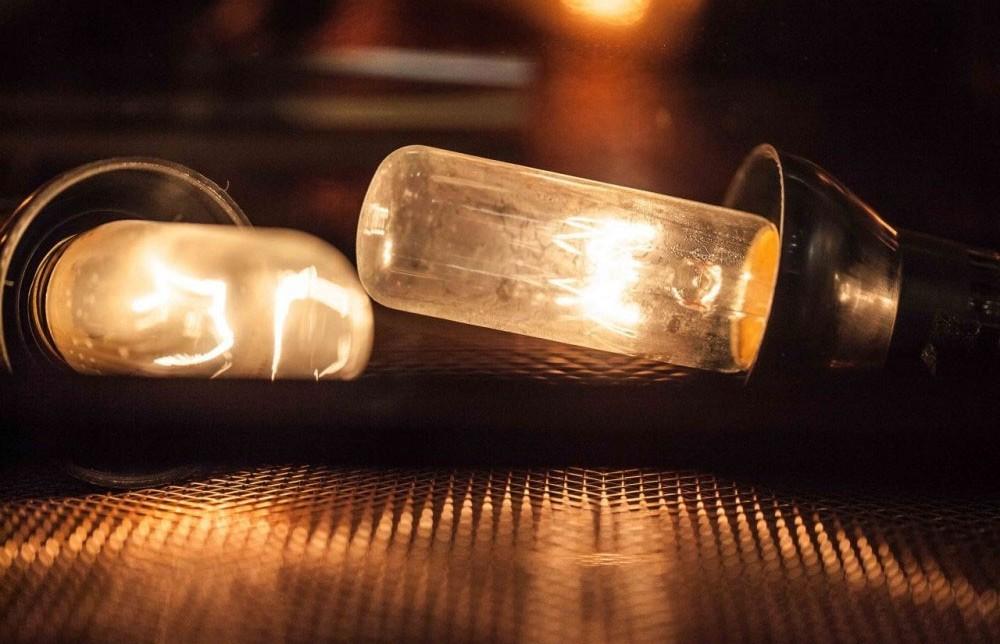 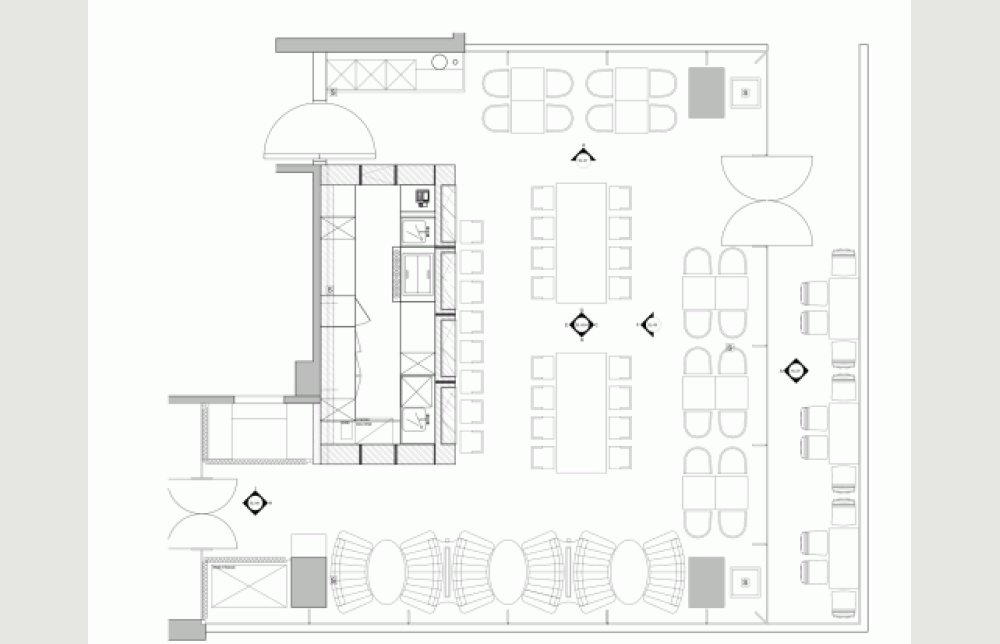 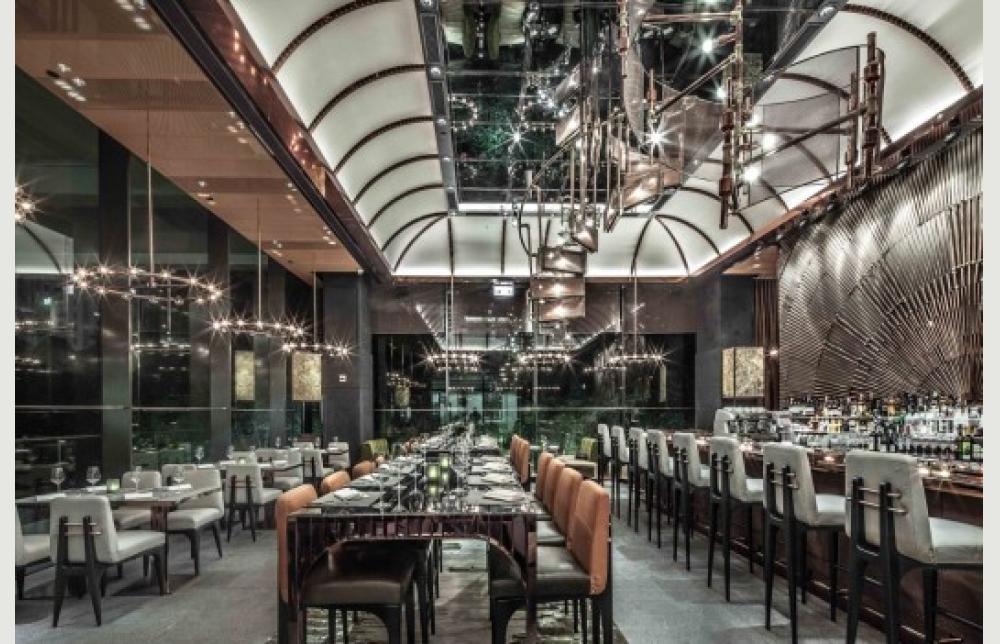 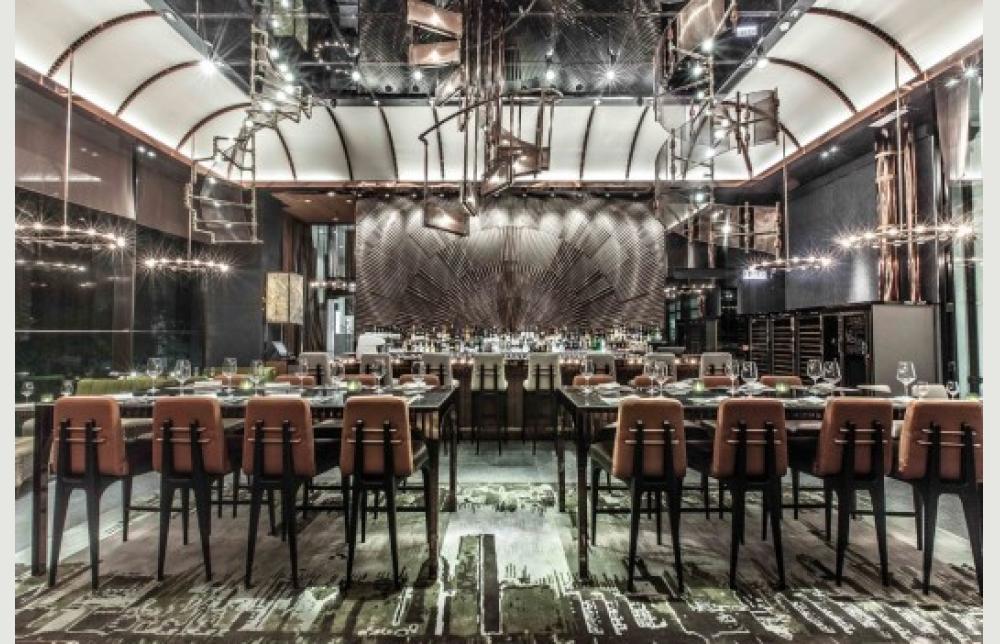 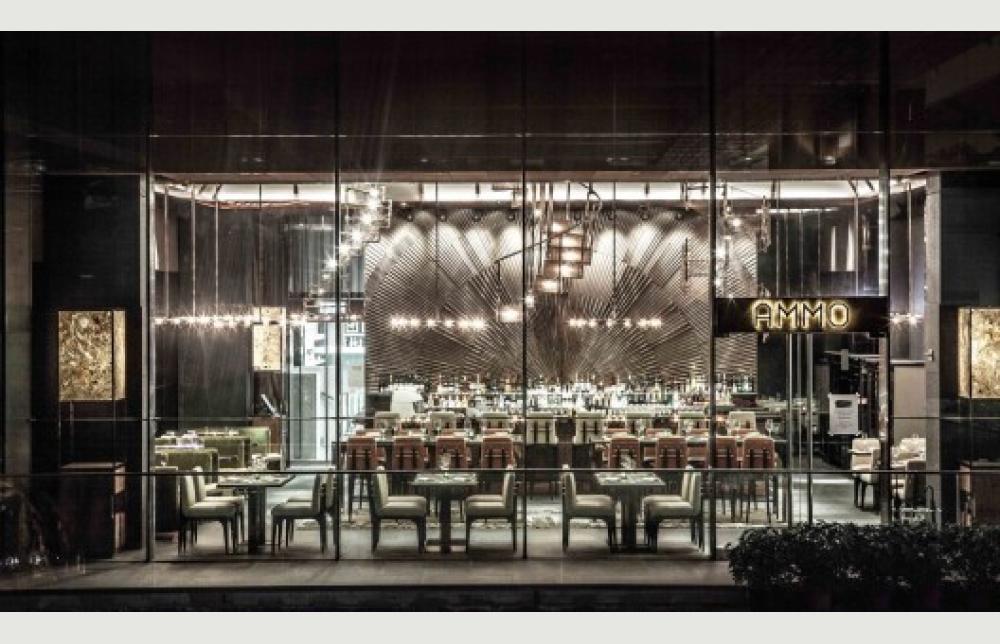 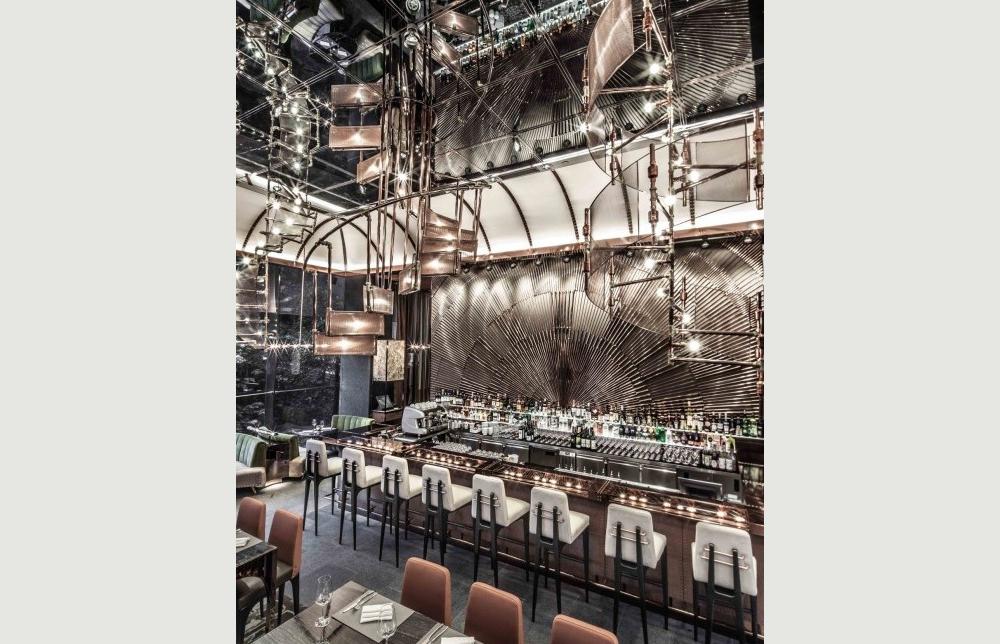 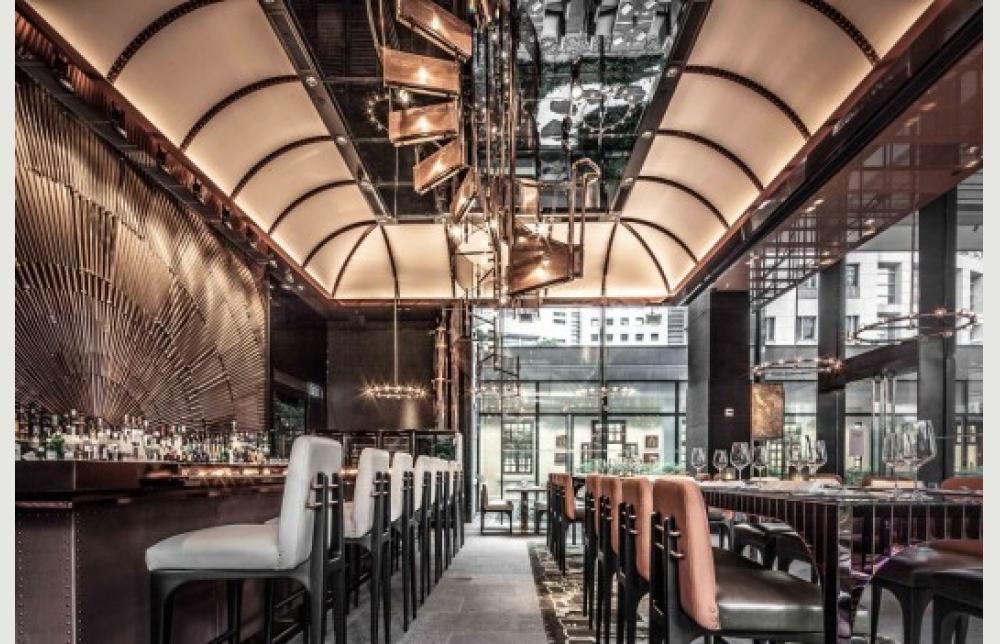 The Hong Kong Asia Society the architects to create a land mark building as a home for their new head quarters. The resultis a magnificent architectural feat and anopportunity for unique and creative interior experiment.

Built by the British army in the mid-19th century, the former explosives magazine compoundis a culturally and historically significant site. The restaurant not only references its prestigious context but pays tribute toitaesthetically and conceptually.

With such a significant site comes inspiration drawn from a significant film noirmasterpiece- Alphaville. A French science fiction film directed by Jean-LucGodard in the 1960s. Notonlyisthe cinematography note worthy for interior inspiration, the plot of freedomfightersremovingthemselves from a world of sci-fi dystopia and dictator ship of Alphaville chimes with the military history of thesite.

The central feature of the space are a set of three sculptural spiral stair case chandeliers constructed purel yout of copper plumbing pipes. The shades of the chandeliers are craftedout of bent coppermesh and rods. The seraw materials reference those used in military and industrial settings.

The spiral staircaseis a recurring the me with in the Al phaville film. Withinthe restaurant, weutilizedittodrawtheviewersattentiontothe 6 metershighceiling as well as tocreate a dramatic and dynamiceffectwithinthespace.

The bunker-like ceiling is supported by copperribs and lit warmly to further reference the explosives magazine history. Diners will find themselves in a space that begs them to question the significance of its context. Under careful study of materials and detailing, thedinerswill be rewardedwithclues as toascertainthesite’shistory.