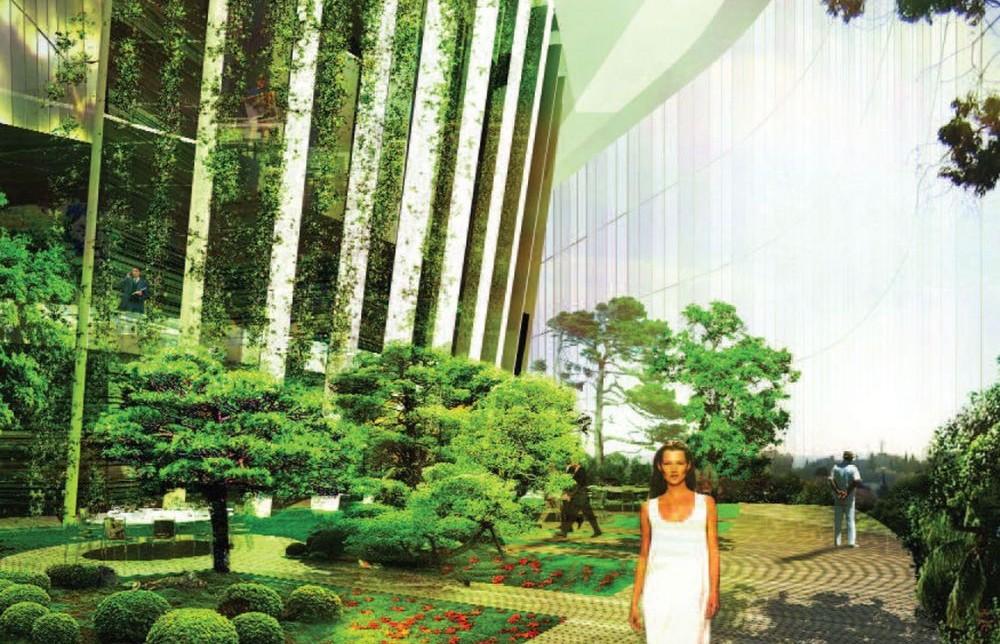 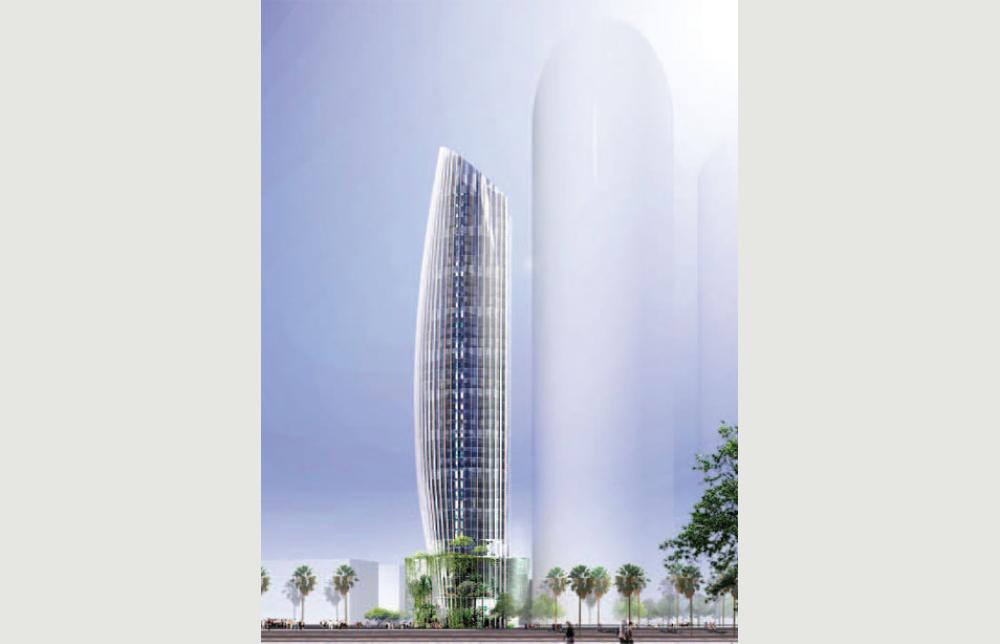 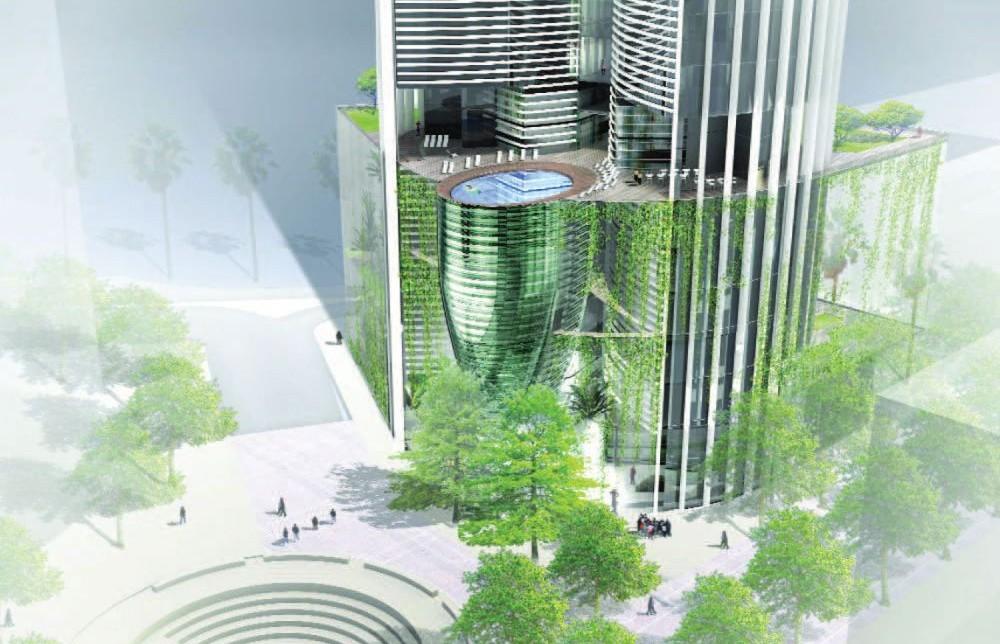 The Amman Rotana Tower is one of the three major towers in the IT sector in Abdali Development that will become an architectural
landmark in Amman146;s new downtown. The outline of the hotel is unique as compared to that of two neighbouring offi ce
towers, but it visually binds the trio together. The cylindrical, curved volume of the building opening onto the amphitheatre plaza
gives the hotel a welcoming character.
The lower glazed volume from which emerges the tower creates a link between interior and external spaces, thanks to a play
of transparencies. It also acts as a junction with neighbouring low-rise buildings.
The tower146;s structure is composed of a central core and a peripheral grid, which allows for great spans of structure-free, open
spaces within the building.
The design and materials used for facades express both the high-tech and environmental features of the tower. The tower skin
made up of a glass curtain wall with high solar performances, is shaded by aluminium blades. Their position varies according
to the solar orientation of the facade.
The interaction between the tower and its transparent podium creates an attractive space with a unique atmosphere. The
main entrance is next to an interior garden planted with exotic tree as soon as they enter it.s. Thus, the inner world of the hotel is revealed to guests