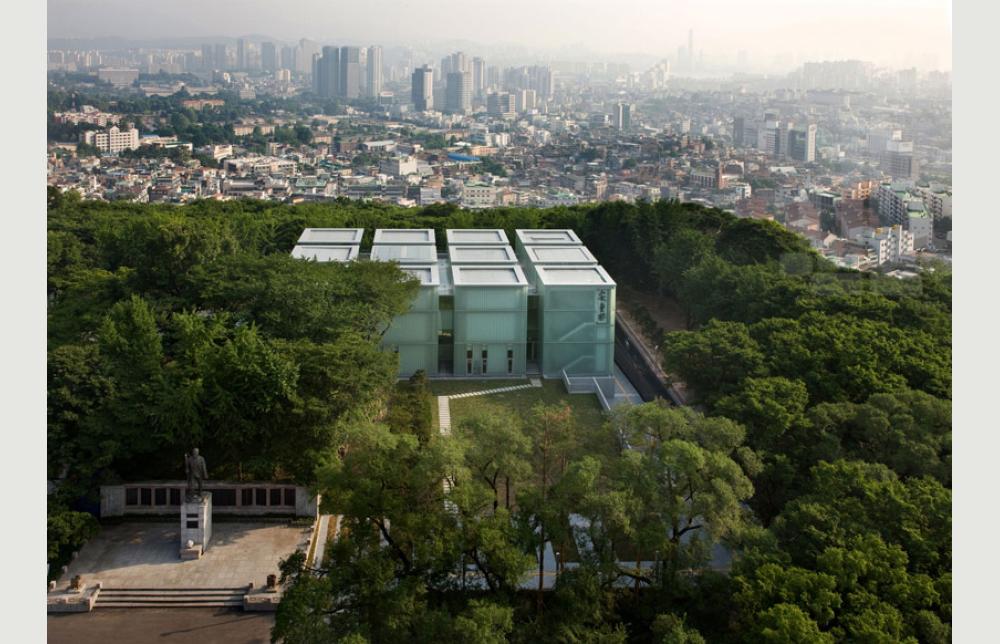 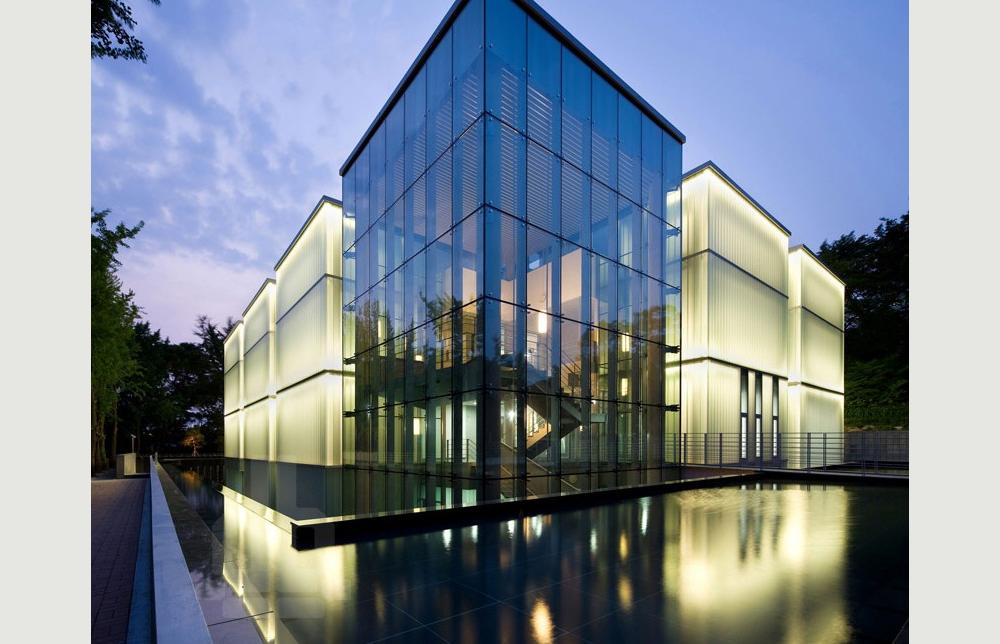 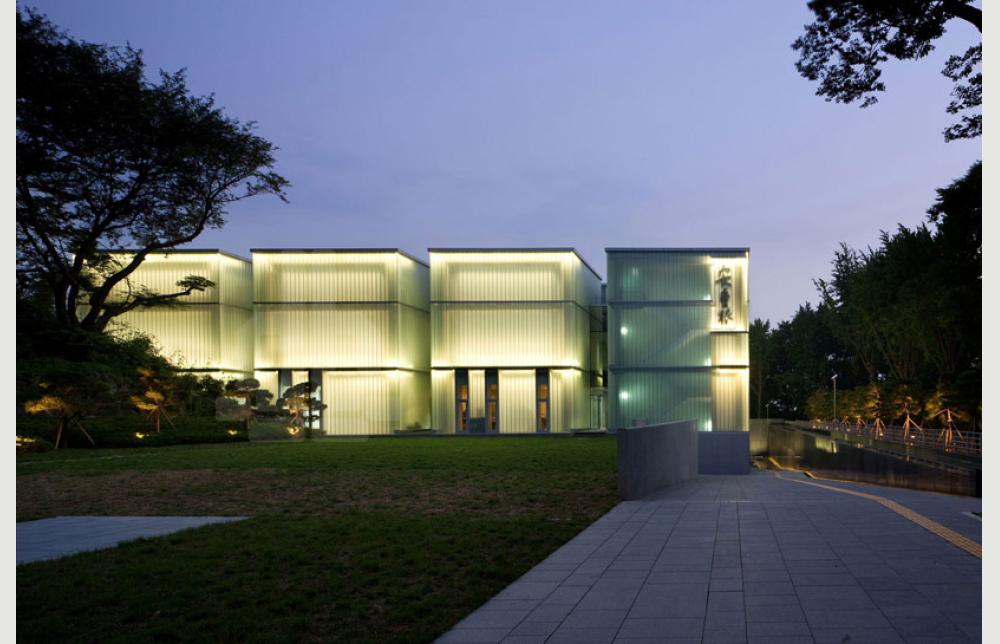 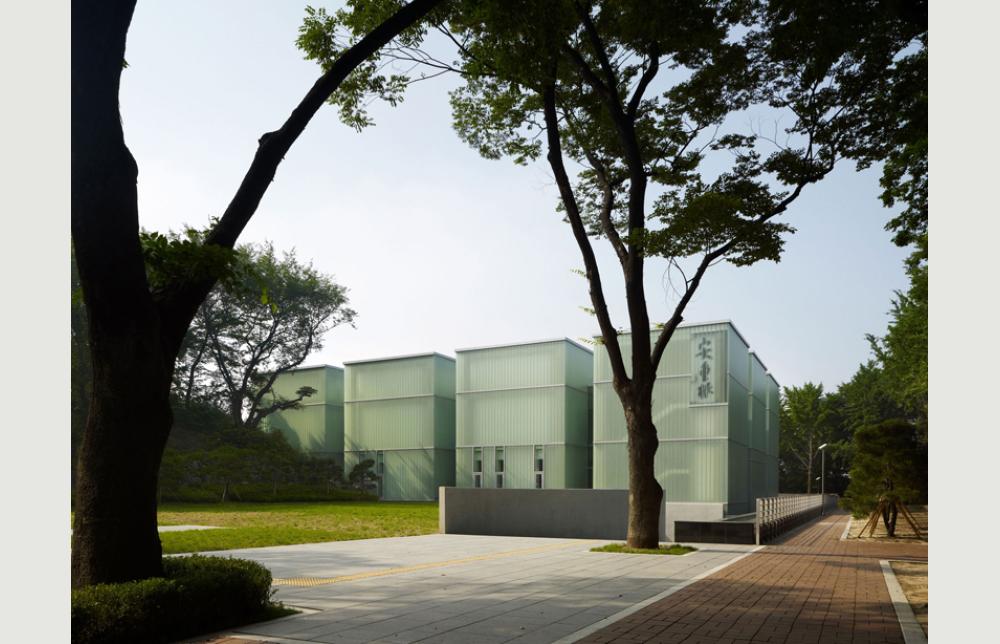 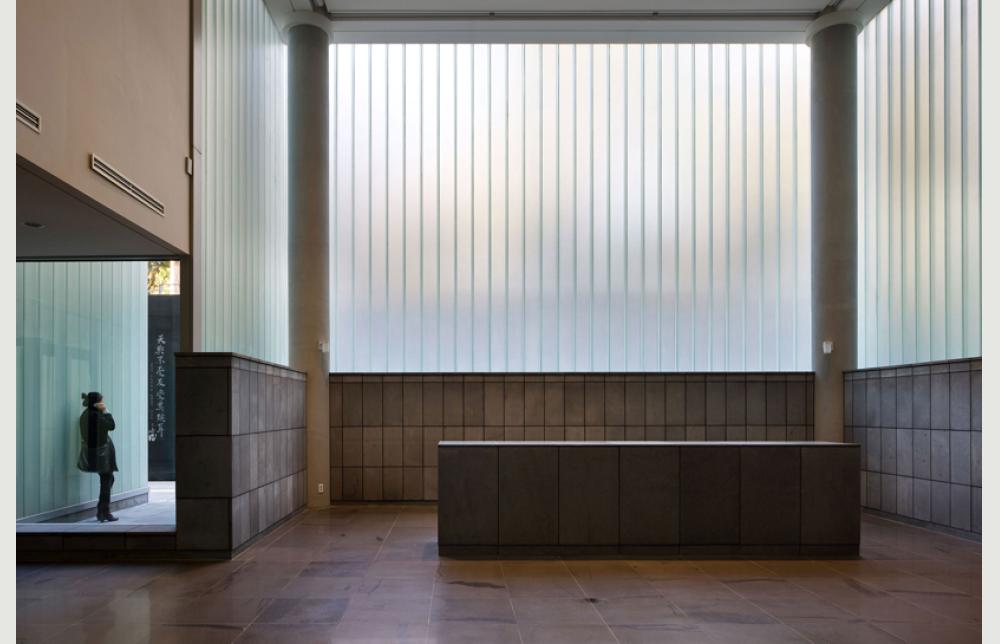 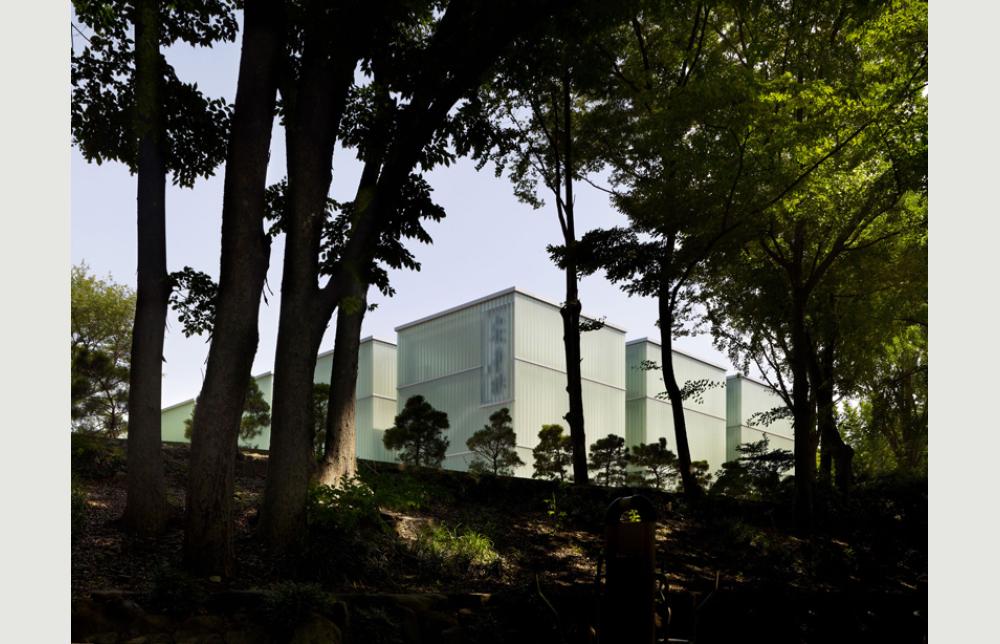 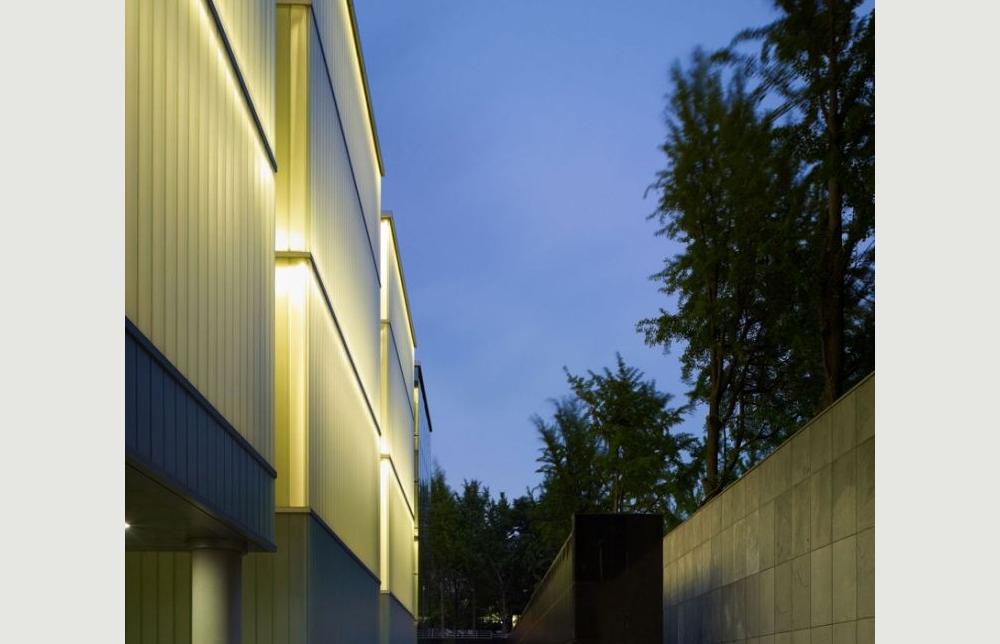 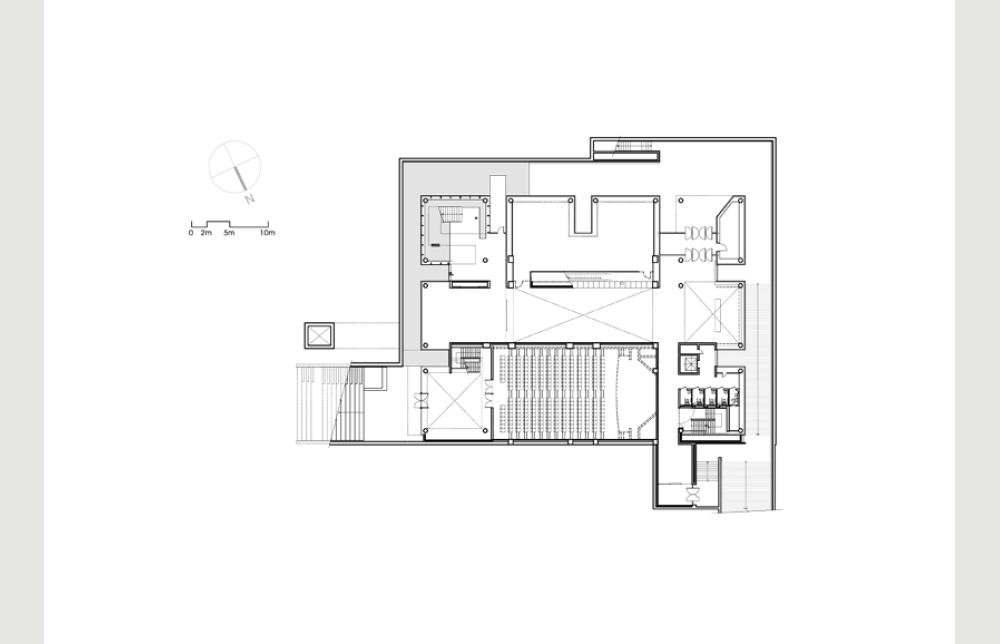 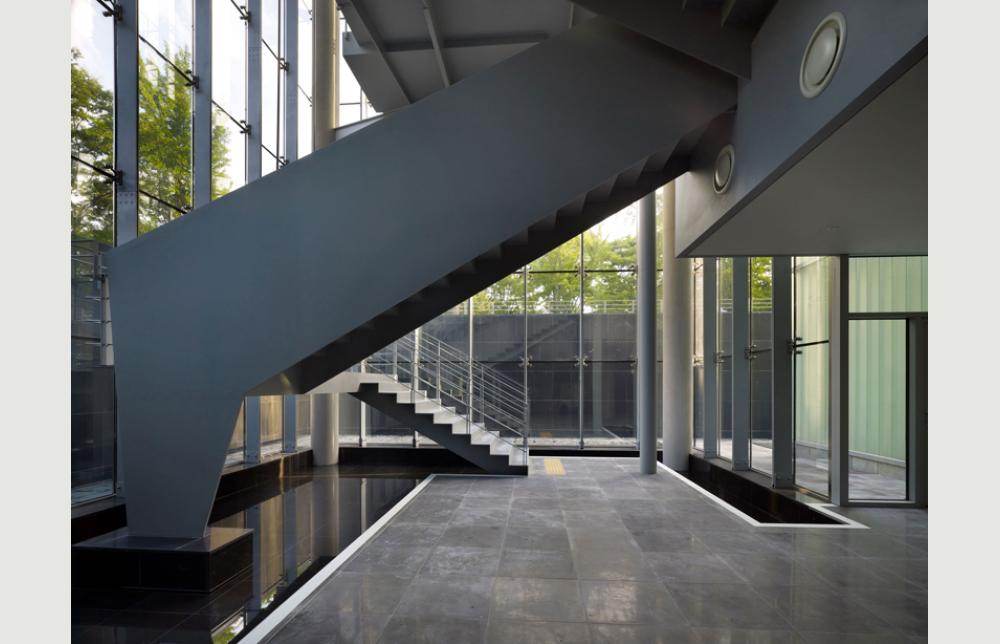 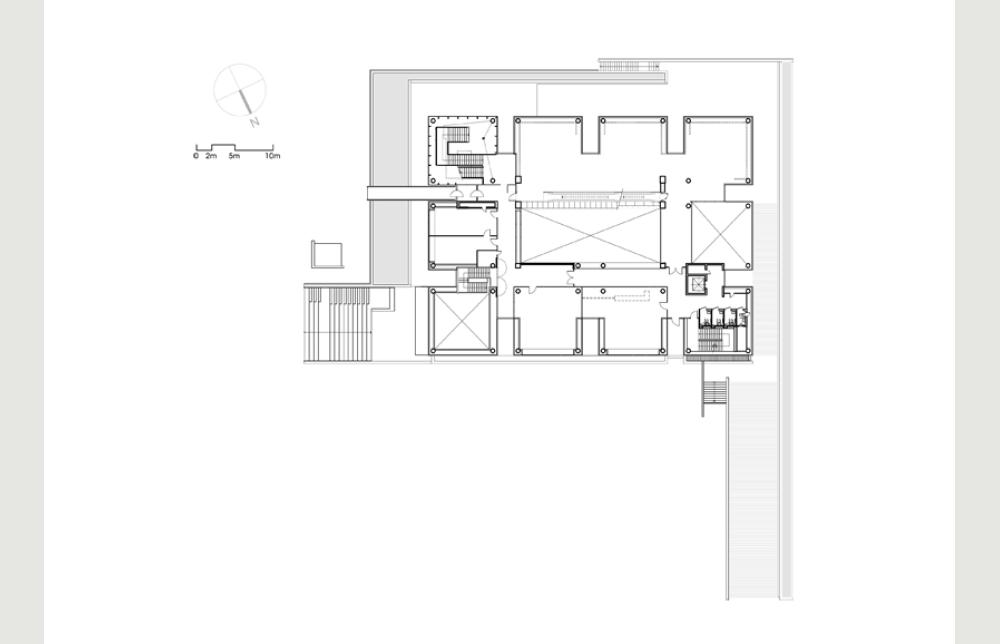 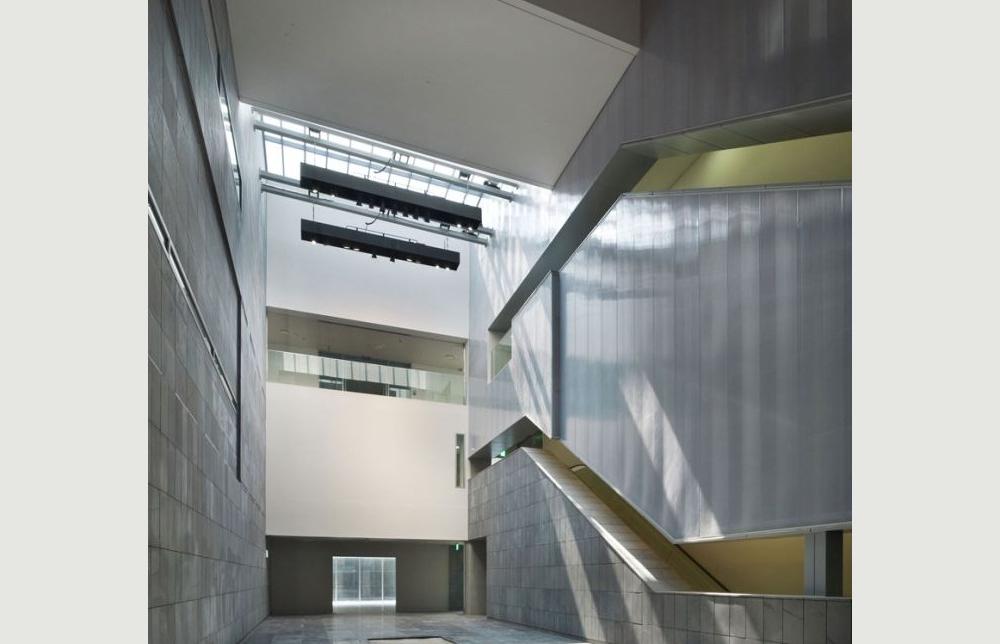 The Ahn Jung-geun Memorial Hall is nestled around forest in the Mountain Nam (Namsan), wher it is located in the center of Seoul, Korea.  Ahn Jung-geun is one of Korea’s famous patriots, as well as a Korean independence activist, nationalist, and pan-Asianist.

The memorial hall is configured as a cluster of 12 columns that shoot up from the sunken base.  The number 12 symbolizes the unsung heroes of Dongeui Danjihoe — a secret society whose name roughly translates to the “Society of Patriots” — that was originally created by Ahn.  The members severed their little fingers in 1909 in a demonstration of their loyalty and determination to the underground liberation movement.

The small, square site where the new memorial hall stands was emptied of its earth, the amount of which equals the volume of the new building.  Divided into 12 equal masses, this symbolic soil was reposited into the dig.  During the day, the 12 massive columns stand tall, like spirit tablets, towering over the old site of the war shrine.  At night, they become 12 brightly-burning lights that symbolize their teaching, as hundreds of thousands of people visit the hall on Namsan.
Commemoration
Once inside, the entrance leads visitors to the ramps situated one level below the surroundings.  As the visitors walk onto the ramps, they see Ahn’s legacy of handwriting works imprinted on the black wall on the right.  The path stretches all the way to the back, where the main entrance is located.  The walk is a long, serene journey connecting the present to the past; it serves as a conduit between times, as well as a link to the hall’s outdoor exhibition space.  The attention of the visitors naturally moves from the real world to the memorial space and from the surrounding calligraphy through adjustment in level variation.