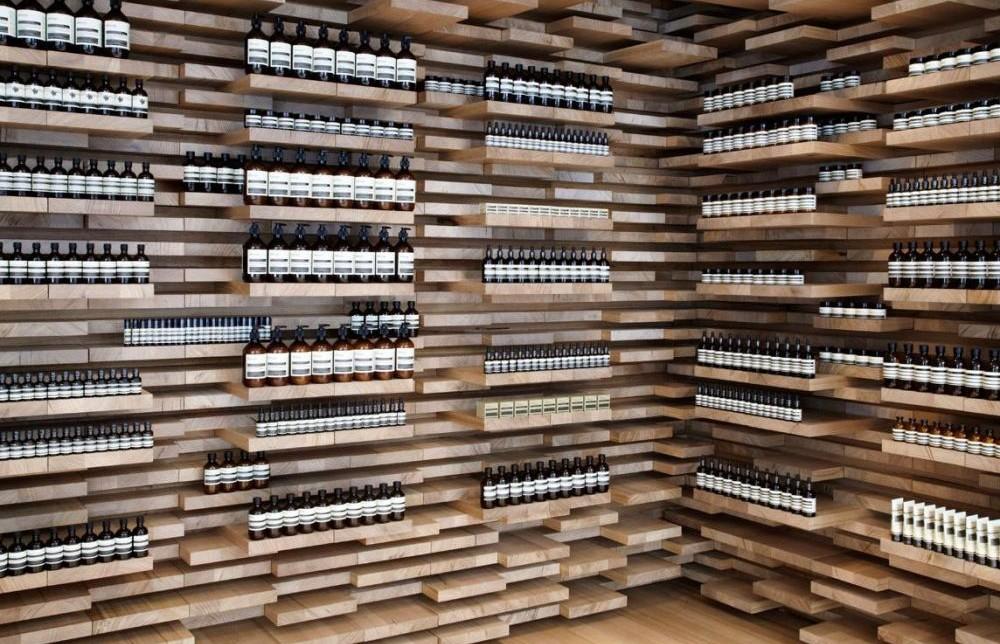 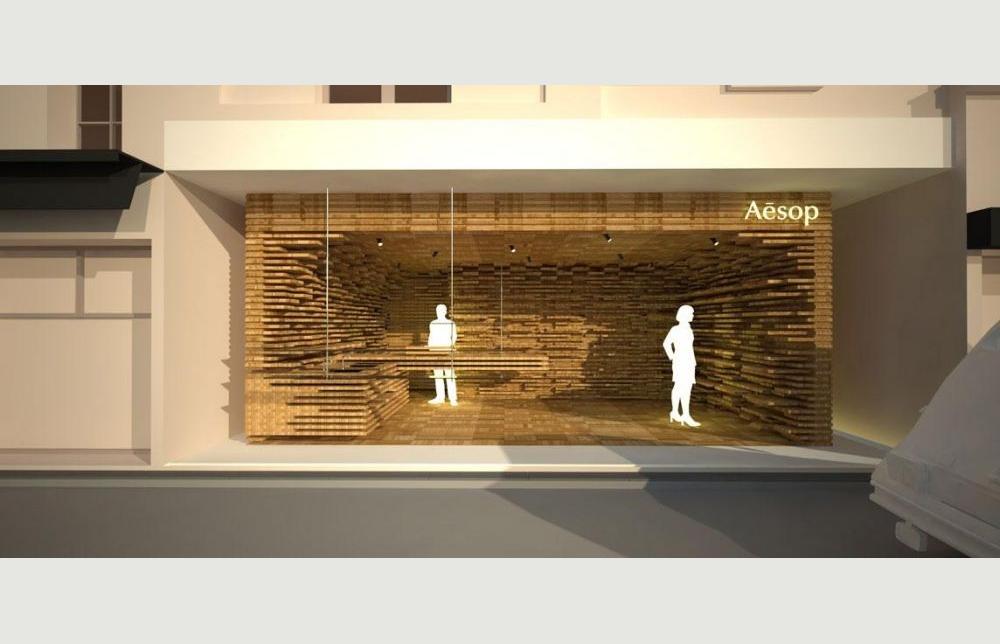 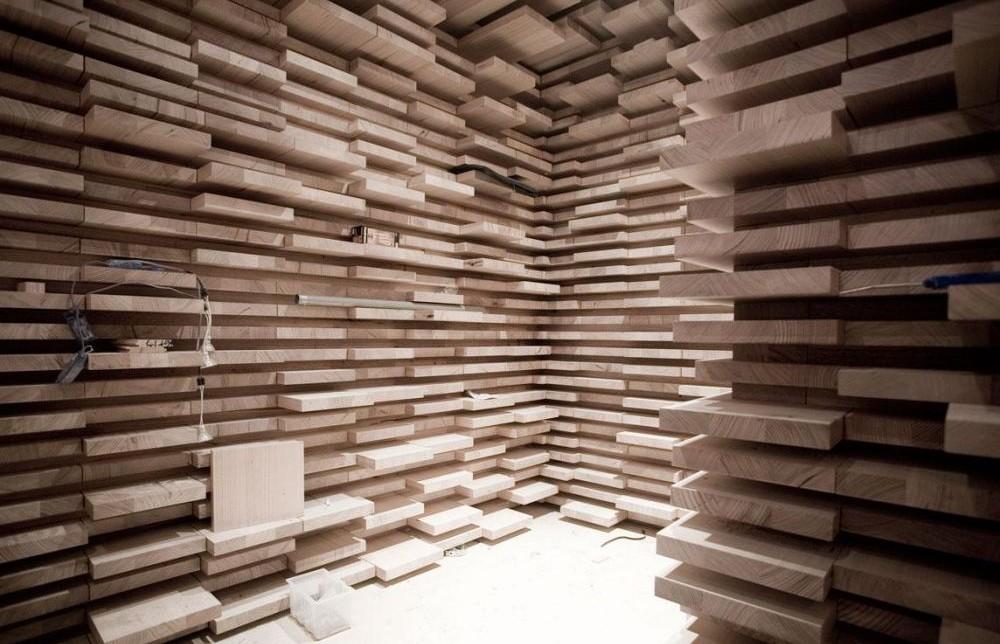 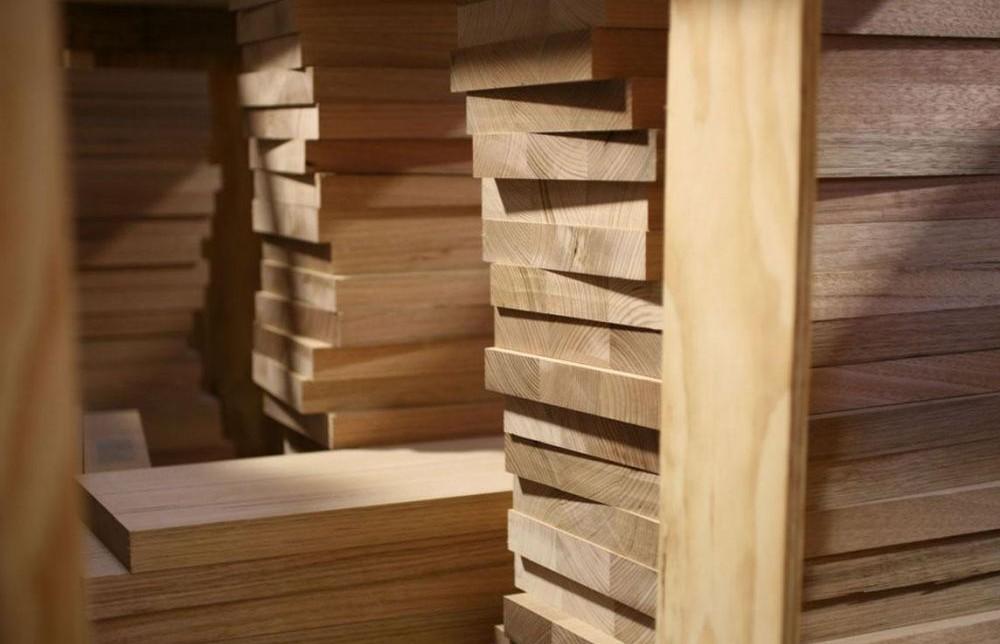 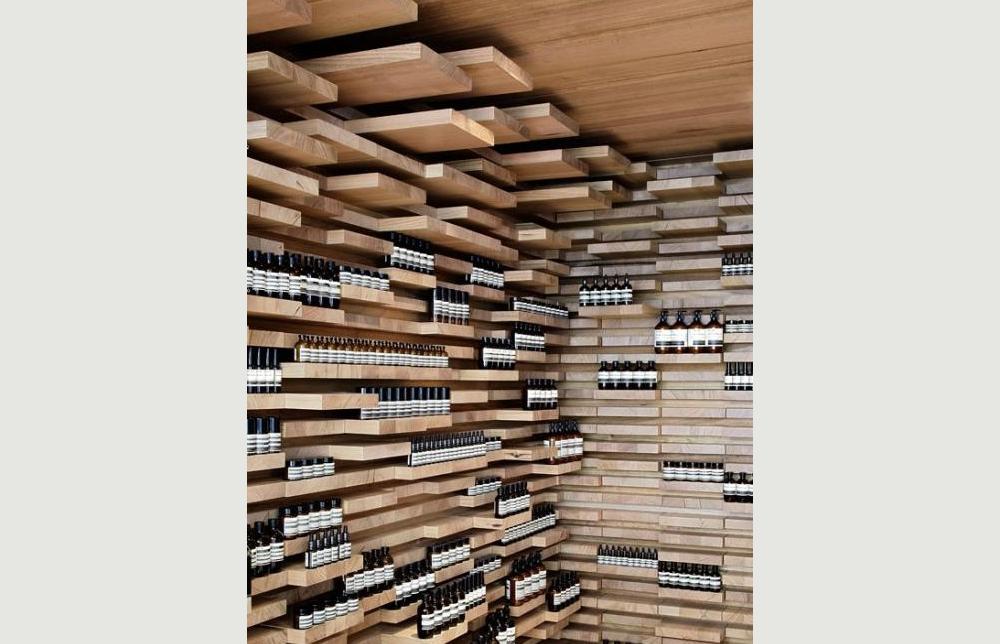 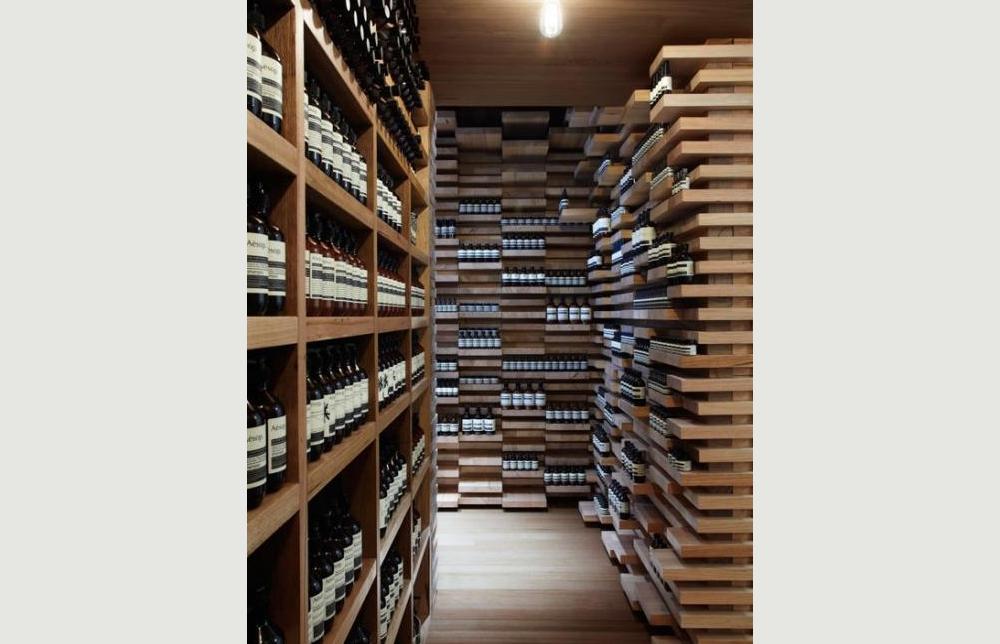 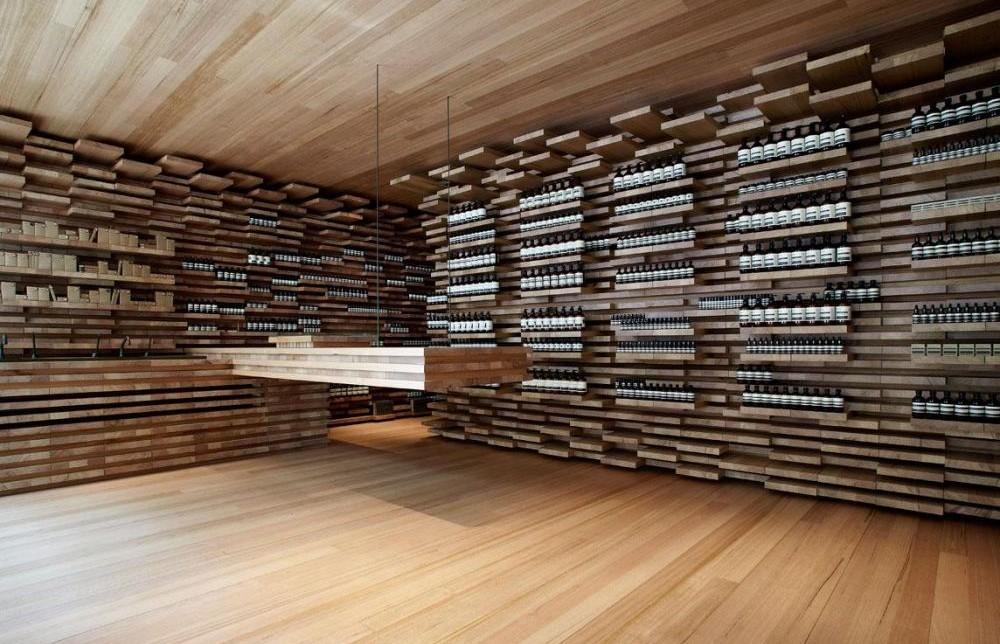 We began by looking at the possibilities of plaster, but soon became intrigued by the parquetry floors one sees throughout Paris. We wanted to explore inhabiting the space with one material, used in one encompassing way. We envisaged using cut wood in such a fashion that it covered the floor, walls and ceiling, lending a cohesive texture and warmth to the room. The wood of choice for this store is Victorian Ash, a timber grown in renewable forests across Australia. The wood was cut in a factory in Melbourne’s inner-city suburb Richmond, then each of the approximately 3500 pieces was hand-cut, hand-sanded, sealed and numbered according to meticulously drafted plans before being strategically packed in shipping crates.