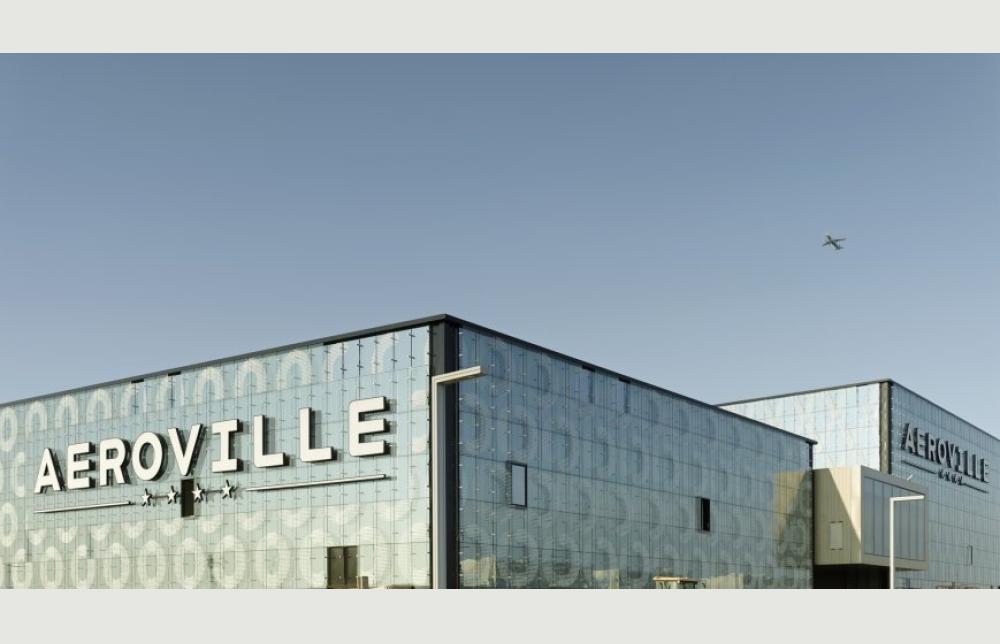 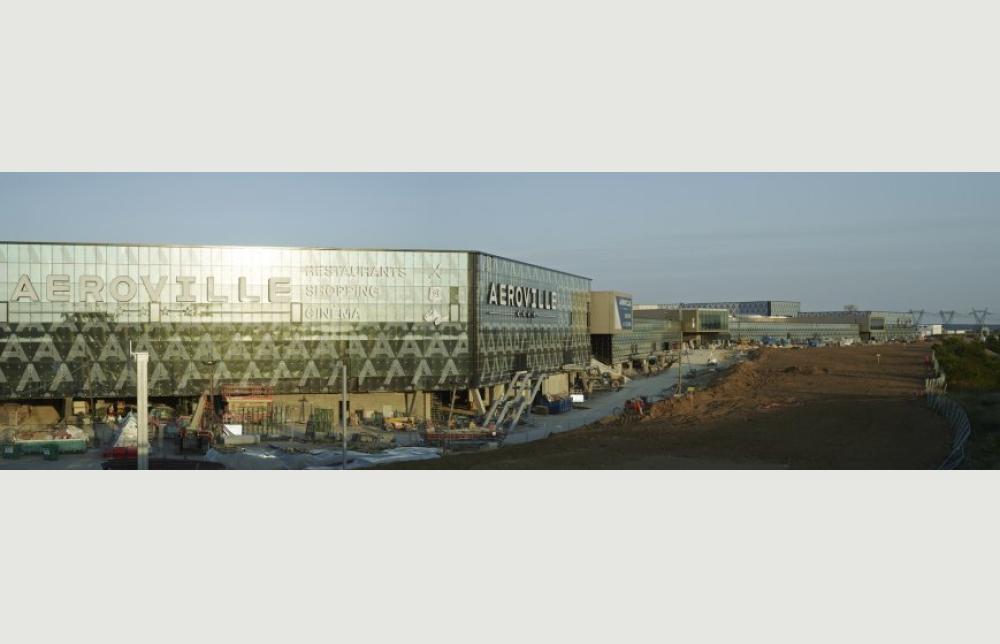 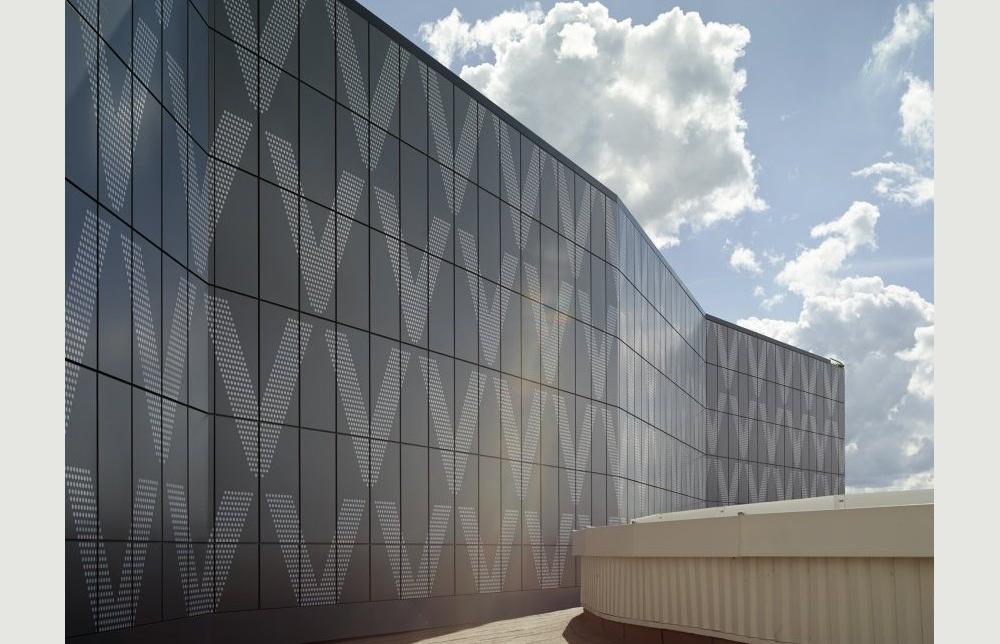 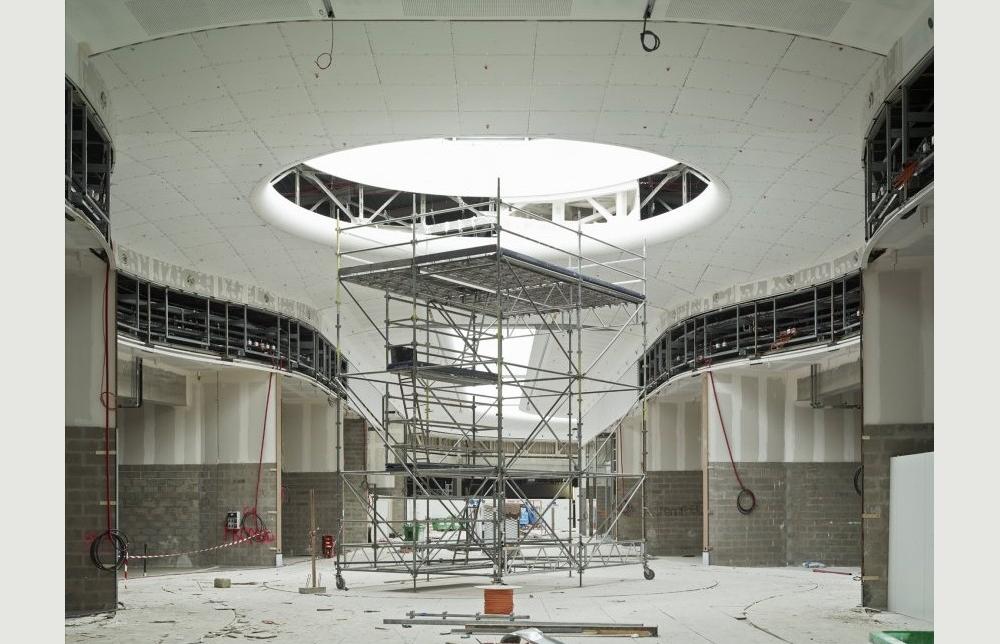 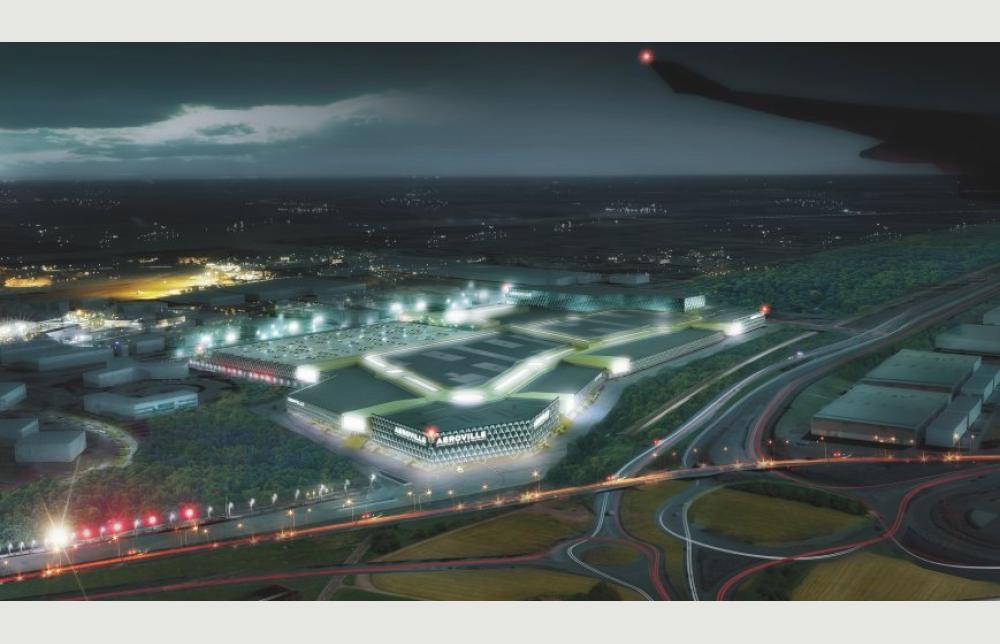 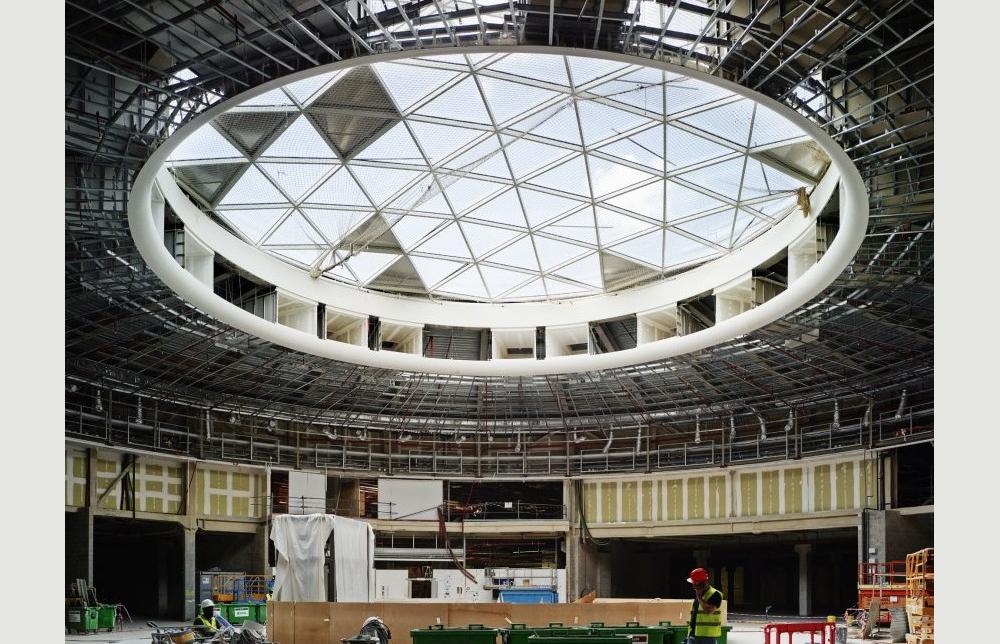 In January 2010, Unibail-Rodamco, Europe’s leading listed commercial property company, appointed Philippe Chiambaretta/PCA with the design and implementation of a major retail
and leisure center in the airport zone of Roissy-Charles de Gaulle: Aéroville.

Inspired by the imagination of the airport and the movements in travel, the developed concept borrows from the architectural vocabulary of the terminals and runways to form the walls of an imaginary city composed of large blocks of varying height. Adorned with a double skin of steel and glass, the building is dressed with letters forming the word “AEROVILLE.” The building permit was filed in May 2010 for an opening October 17, 2013.

At the heart of the airport zone of Roissy-Charles de Gaulle, Aéroville, a hybrid of the airport terminal and shopping center, explores a new programmatic concept developed for Unibail-Rodamco and the Airports of Paris.

As a destination to voyagers, as well as airport staff and the citizens of Roissy-en-France and Tremblay-en-France, Aéroville creates a “downtown” in this vast airport zone as a commercial center inspired by the imagination of the voyage. It includes over two hundred boutiques, a number of services, and a multiplex cinema of a new generation, designed by Luc Besson.
Within the dynamics of Grand Paris, the radial program extends over a greater zone in the Northern portion of the capital city.

Aéroville hints at a new from of centrality due to the hyper connectivity of the territory. Traditionally, an airport zone embodies these “non-places” defined by the anthropologist Marc Augé (1) as a product of the contemporary sur-modernité (overabundance of events, individualized behaviors, ultra mobility induced by new transport and new technologies of communication). Modern man does not appreciate these spaces, with which he establishes a relationship of consumption.
The non-place is in contrast to the “anthropological place” that incorporates its identity and constitutes a place to meet and share social references.

Programmatic diagram of Aéroville: the city-voyage, as opposed to the large box.
Unlike non-places, Aéroville proposes to insert itself into the territory of the airport platform like a new core, a place to meet and exchange. As stated by Marie-Ange Brayer, “Aéroville intends to provide a qualitative place, such as a neighborhood or a city block crossed by activities: neither rejected to the outskirts nor monumentalized at the temple of consumption, pushing aside commercial centers and their non-aesthetic warehouse which allegedly convey the consumerist message.” (2) At the heart of an area of two million people, from the periphery North of Paris to Compiègne, Aéroville aspires “to revive the social dynamics of urban space and the cultural economy of the multipolar world. As a fragmented block, it is an open space in which the airport has inoculated its cosmopolitan dimension of travel and the city, the flux of plural activities.”

Advancements on the building are inspired by the “plugs” of the airport jet bridges.
The architectural project is a hybrid of the codes of the airport, downtown, and commerce. It overcomes the two recurrent typologies of the shopping mall: that of the box which conveys “the utopia of the great interior” (Peter Sloterdijk) and that of the decorated shed adorned with signage and advertisement (seen in the research done by Robert Venturi and Denise Scott Brown on the Las Vegas Strip). The monolithic block is split here and opens to the outside with a breakthrough to the sky, inspired by the “plugs” of the airport jet bridges. Aéroville demonstrates its permeability to the urban flux, its incorporation into the continuous web of human activities, articulating the overall metropolis.

Like the double skins of big brand flagships, the façade is graphically tattooed by the original monograms of the imaginary brand A, E, R, O, V, I, L, L, E.
The current decline in the typology of the “mall” takes advantage of the revitalization of historic city centers, particularly due to the introduction of spectacular boutiques; these “flagships” symbolize a global commodification of the planet. Making light of the simulacrum, Aéroville associates itself as a valuable “flagship,” whose names and logos, signed by the graphic duo of Valence, are of simple letters, a, e, r, o, v, i, l, l, e, or the original monograms of the imaginary brand.
In graphically “tattooing” the envelope of the retail center, these letters refer to the fictitious brand that would be Aéroville, transforming the object of international consumption into a collective creation. “The airport is the emblematic place of a new global culture of migration. Transform the mall into a metaphor of the journey joining this ‘global conviviality’ to which all aspire. Due to its permeable skin, Aéroville opens itself to an atmosphere of planetary flux drained by the cities and airports.
It also becomes a lifestyle.”