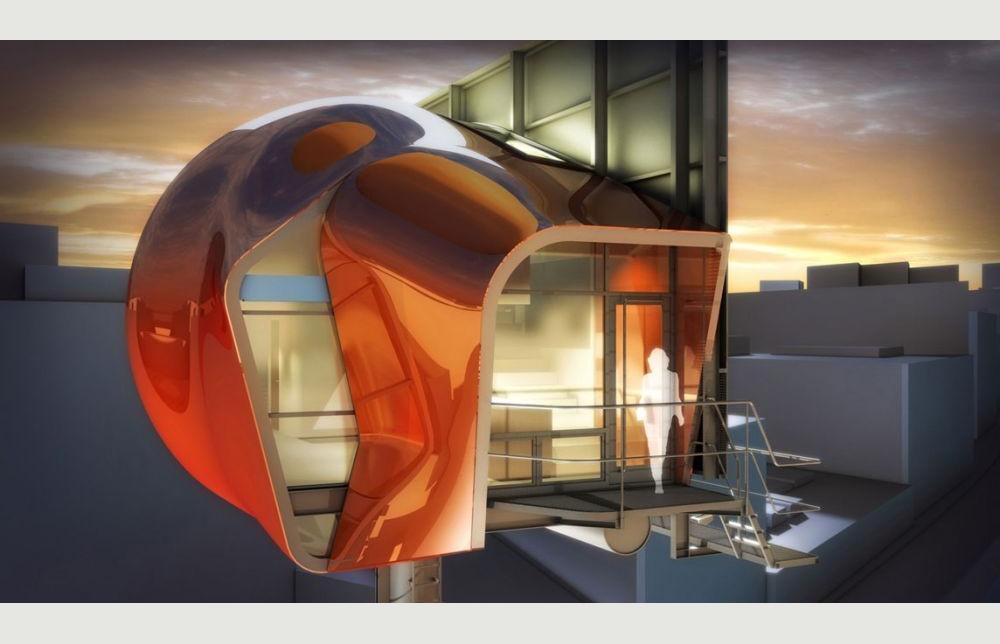 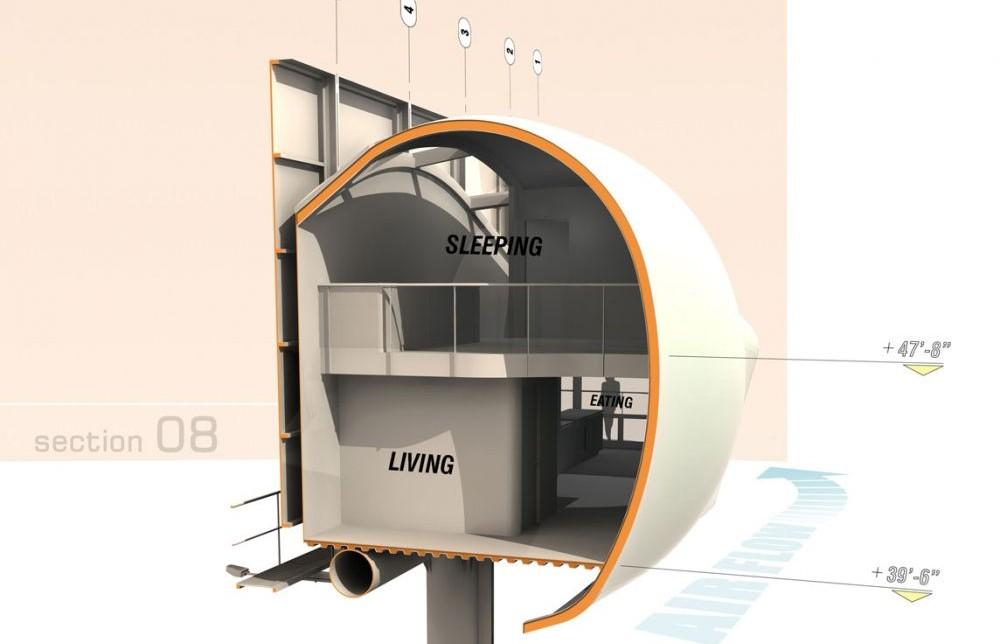 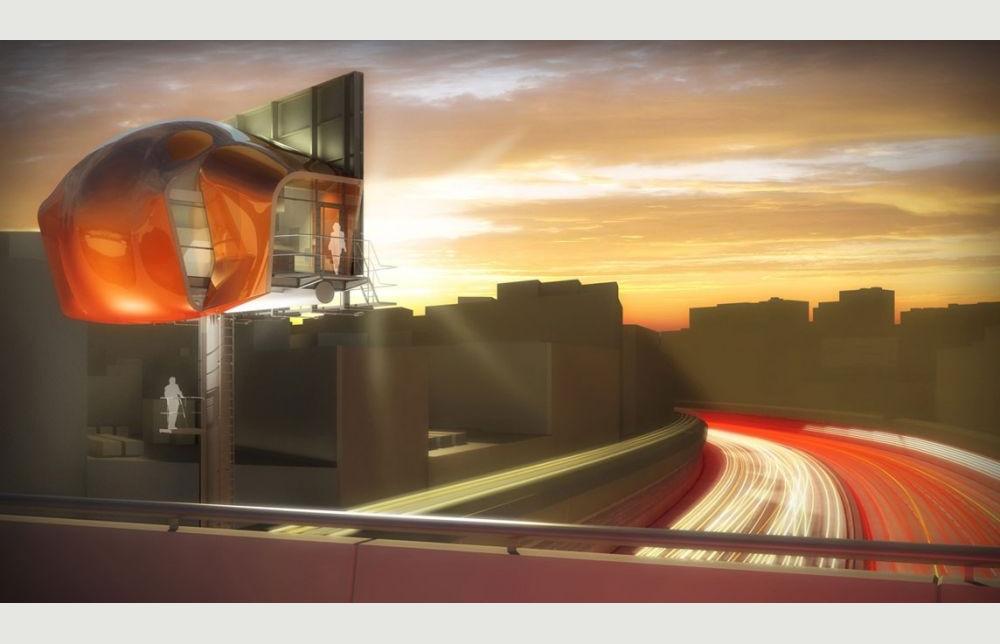 With an ever increasing global population land is becoming one of our most valuable resources and it comes at a premium. Specifically in dense urban areas, the rising demand and limited supply of land forces us to look at new ways of occupying space within the city.

Rather than destroy preexisting space to make room for the new, we have chosen to examine ways to occupy residual space within the city. Lets take a common element which is pervasive in every major metropolitan area the billboard. Most people perceive the billboard as a simple structure used for the display of two-dimensional graphics. In their minds it is merely a flat plane. What if we start to think about the billboard in a more dimensional way? How can we occupy the space behind or around it?

Designed as a prefabricated, lightweight unit, Aeroform is constructed off-site, shipped to the site, and grafted to the existing structure of a billboard. The outer shell is made of structural insulated panels covered with a layer of carbon fiber in order to reduce the weight of the structure and minimize any structural reinforcement to the existing billboard.

The form of the module is directly influenced by its location and program. The shell, which reflects its context of the roadway and the automobile, is streamlined on the exterior for optimal aerodynamic and climatic performance. The name Aeroform is derived from the term aerofoil, which is a structure having a shape that provides stability, or directional control in a flying object. Operable windows at each end of the unit allow for cross ventilation and provide an abundance of natural light within the living spaces. On the interior a programmatic shrink-wrap occurs to optimize the overall volume of enclosed space. This process produces an aerodynamic section that continuously changes from one end of the unit to the other.

Sustainability is not an option but rather it is a necessity for Aeroform. Since land is at a premium the goal of Aeroform is to reduce the buildings footprint to a single point that touches the ground. By using an existing billboards support structure Aeroform has a minimal impact on the environment and its site. It also reduces the amount of raw materials needed to construct the home by re-using the existing steel structure of the billboard.

In certain cases there is the opportunity to use the space in-between two or more billboards. In the future several different versions of this prototype will be developed to accommodate various billboard structures such as V-face, double face or triangular configurations. Since the billboard is a universal structure the prototype can easily be adapted for use in any city, anywhere in the world.