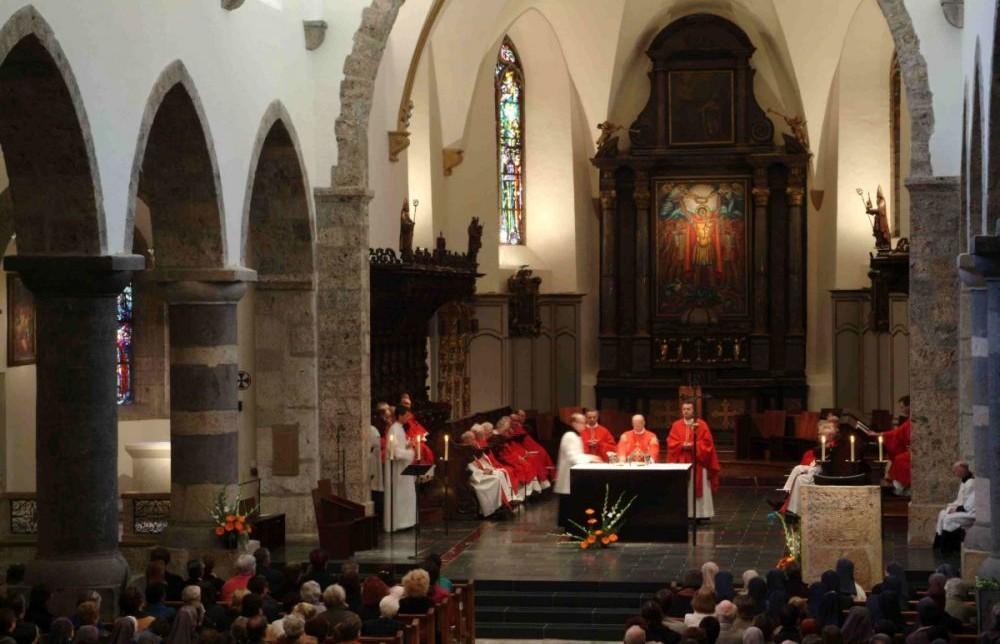 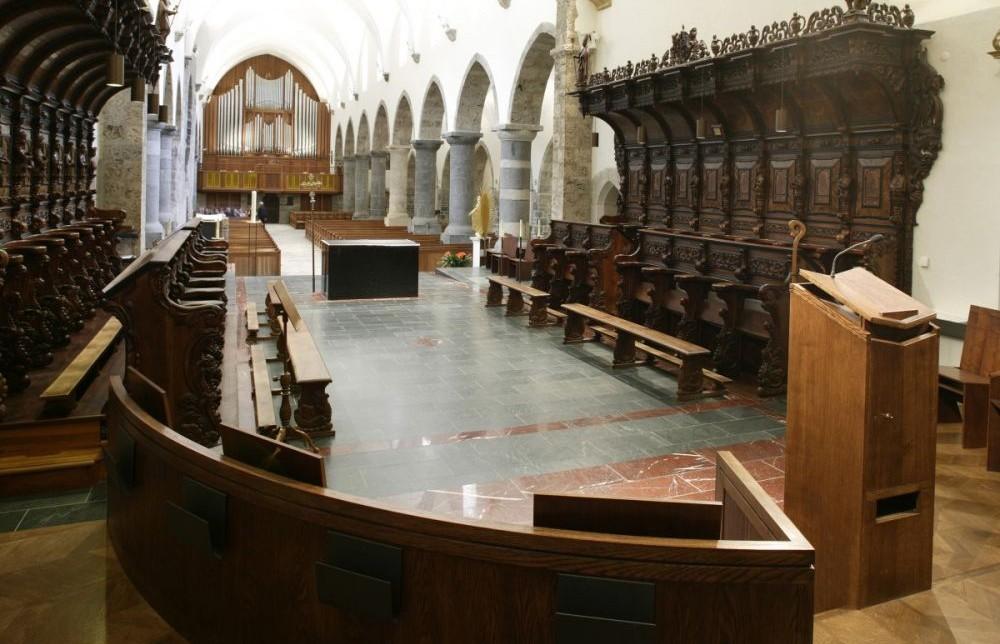 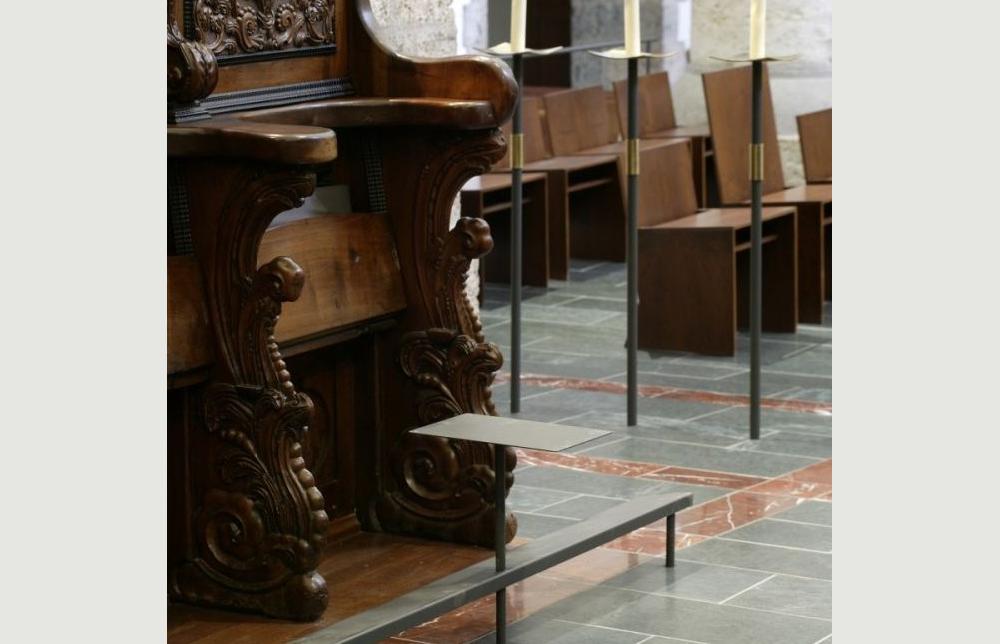 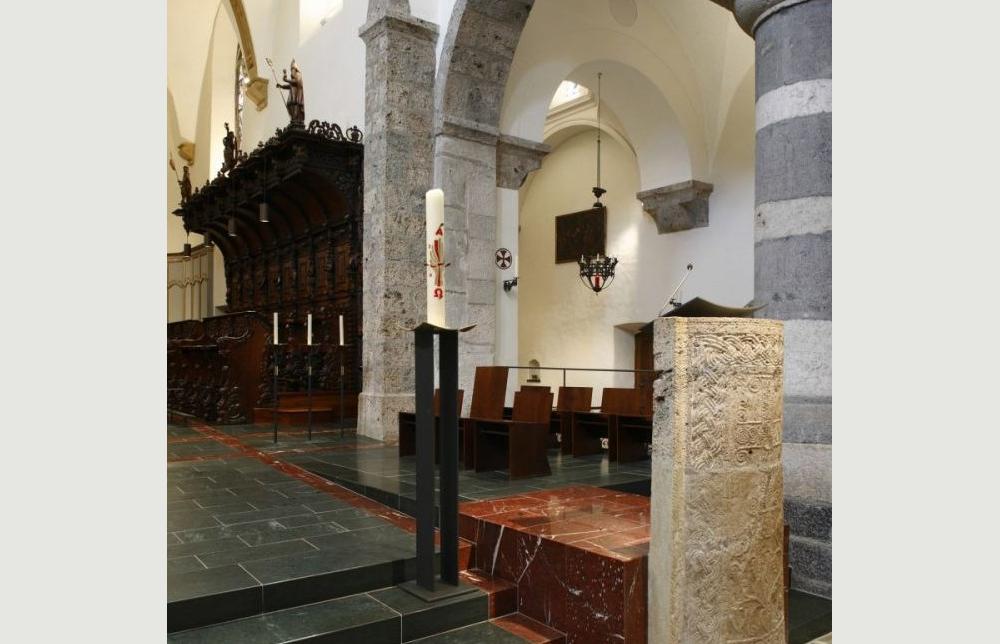 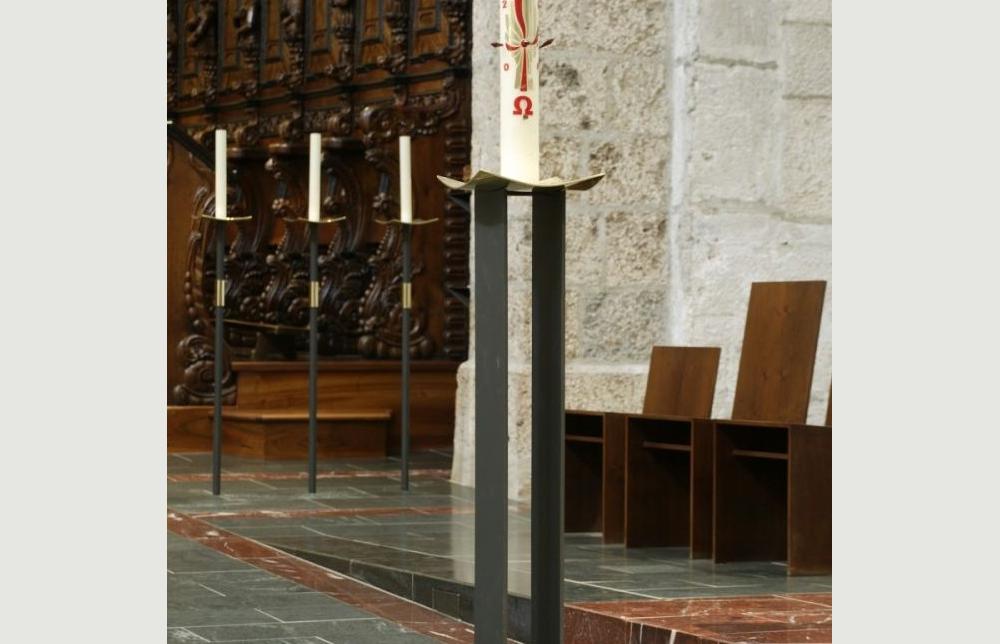 Founded in the 4th century on the site where Saint-Maurice, the Roman soldier converted to Christianity, was martyred, the Abbey of Saint-Maurice is the oldest monastic community in the Western world. Positioned at the base of a cliff in the Rhône Valley and have been several times severely damaged by rock falls and rebuilt several times, the abbey is a place of devotion to martyrs. It has a rich collection of reliquaries, which are listed as a world heritage monument by UNESCO, and retains its Carolingian ambo and chancel enclosing the canon choirs. The Order of Saint Augustin occupying the historic setting wanted to open the abbey to the public and recreate the center’s traditional hospitality in compliance with the approach now taken by the Church and the liturgical reform adopted by the Vatican II Council.

The resulting works provided a spatial translation of this desire for openness and sharing, while respecting the secular monastic life. Apart from removing the chancel from its central position, the connection between the community and the worshippers is expressed by the slight slope given to the ante-choir which is raised by four steps. The abbot’s chair and the presidency chair are placed on either side of the spaces delineated by the chancel returns and the Carolingian ambo is repositioned to bring the location from which the readings take place closer to the worshippers. The ancient stalls are extended through the apse by a wooden podium holding 14 chairs and an ambo positioned on the axis for the daily canon prayer. The choir floor slab, now integrating floor heating and networks, incorporates a red marble patterning to emphasize the liturgical settings.