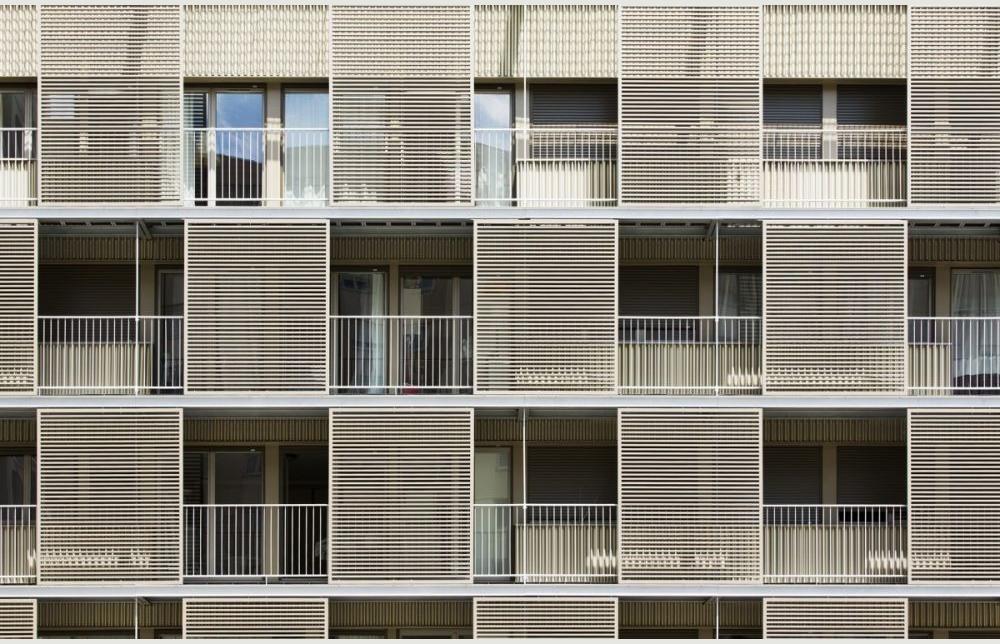 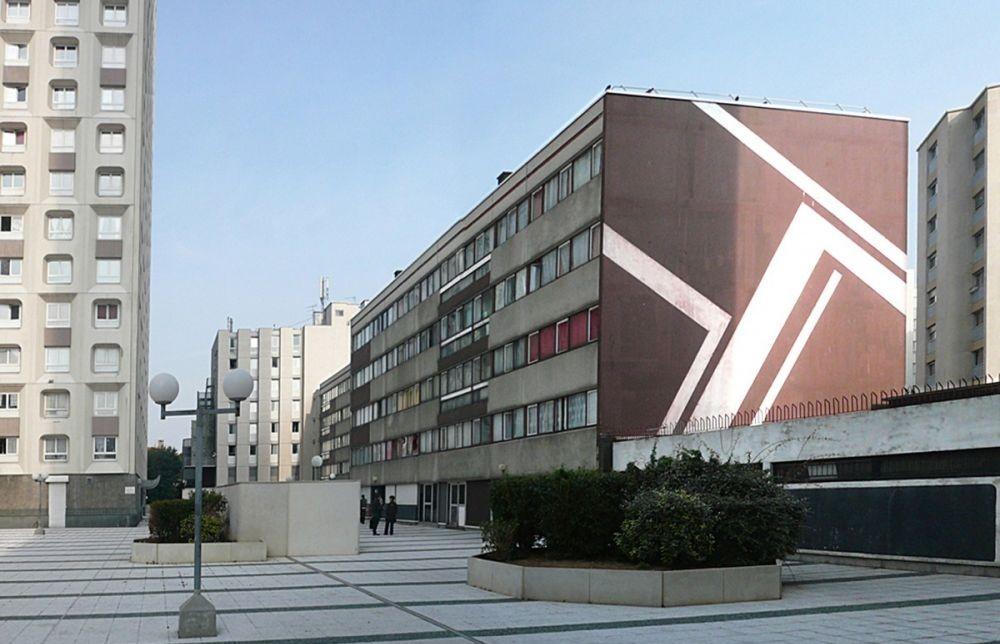 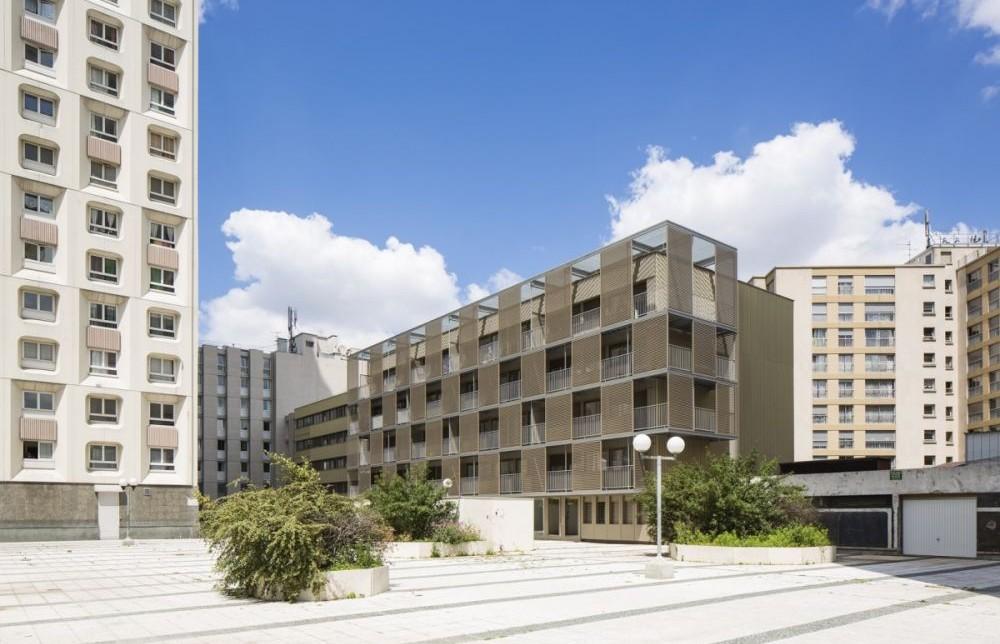 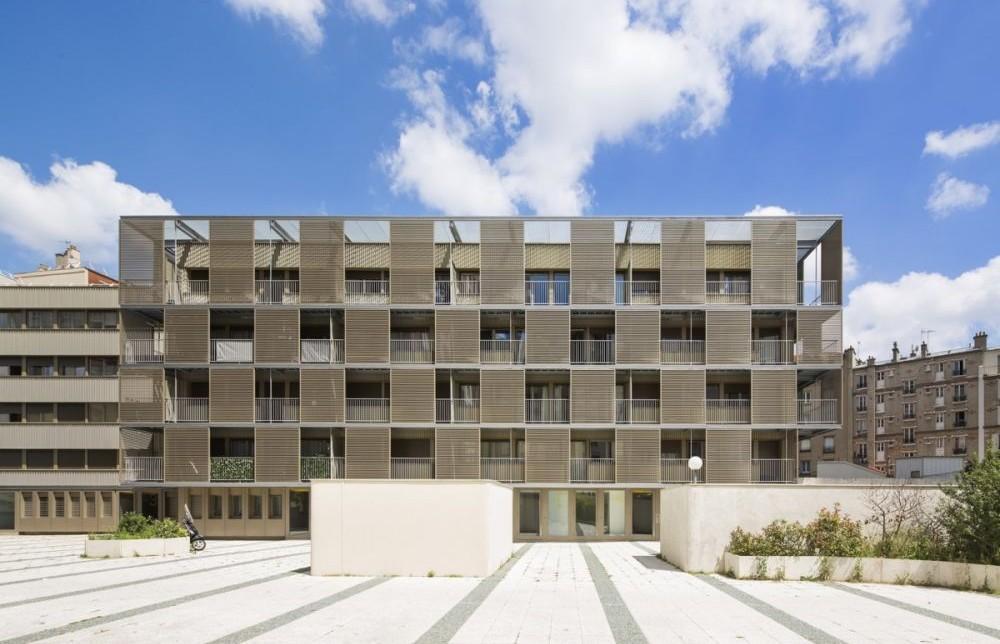 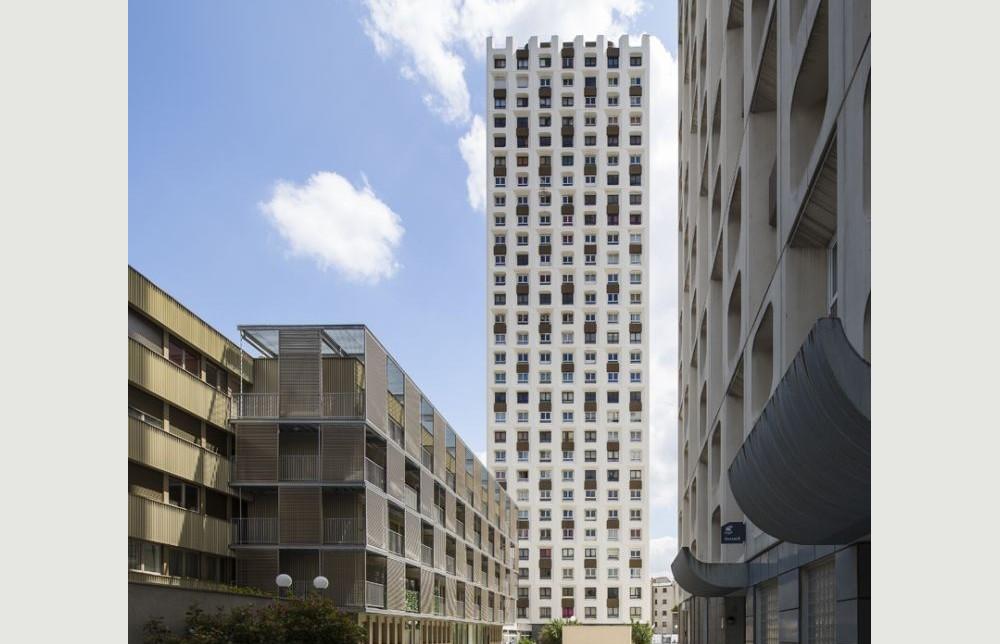 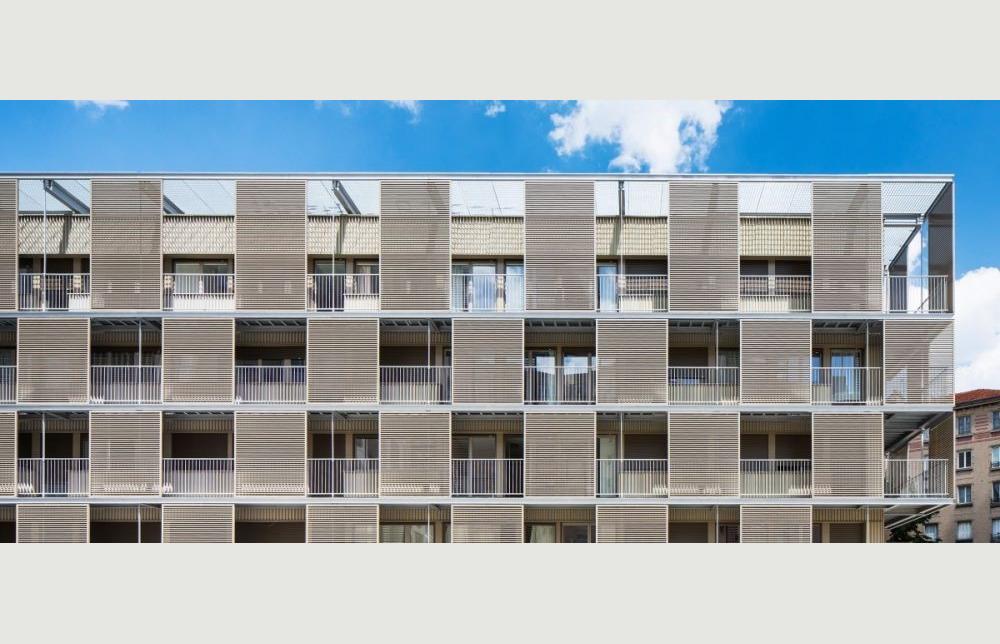 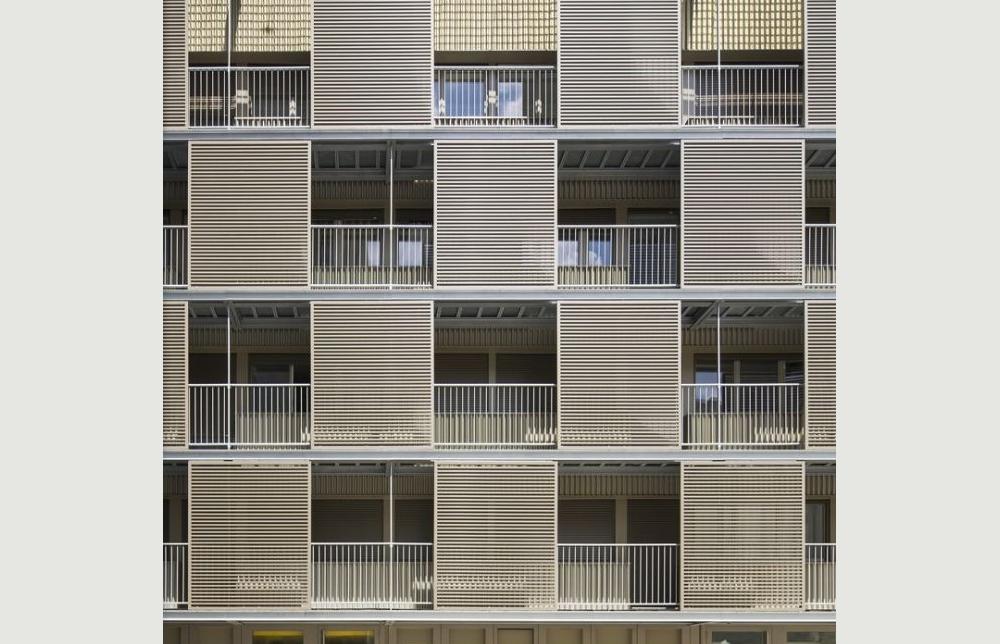 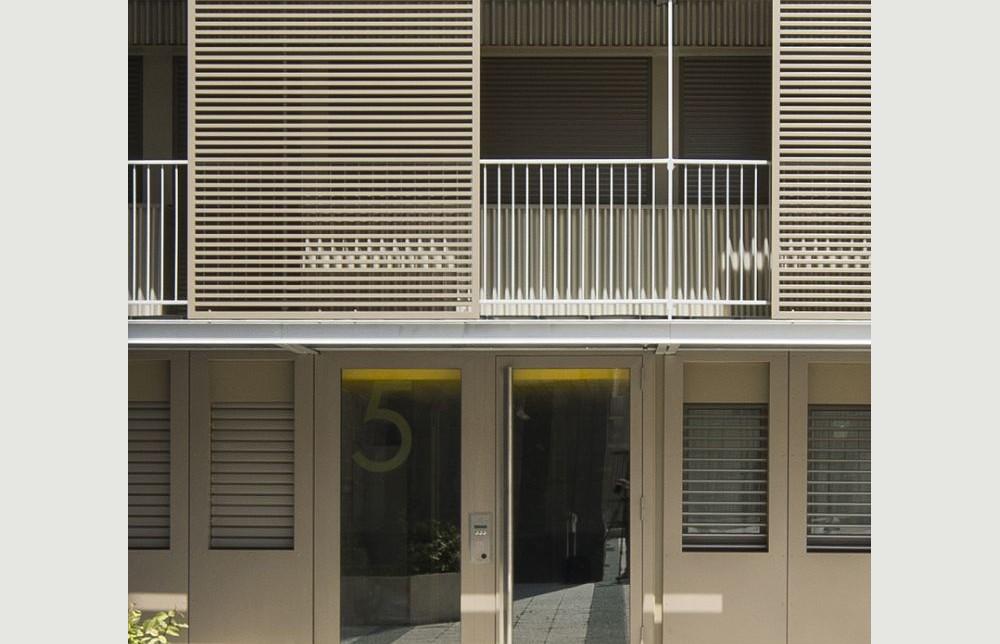 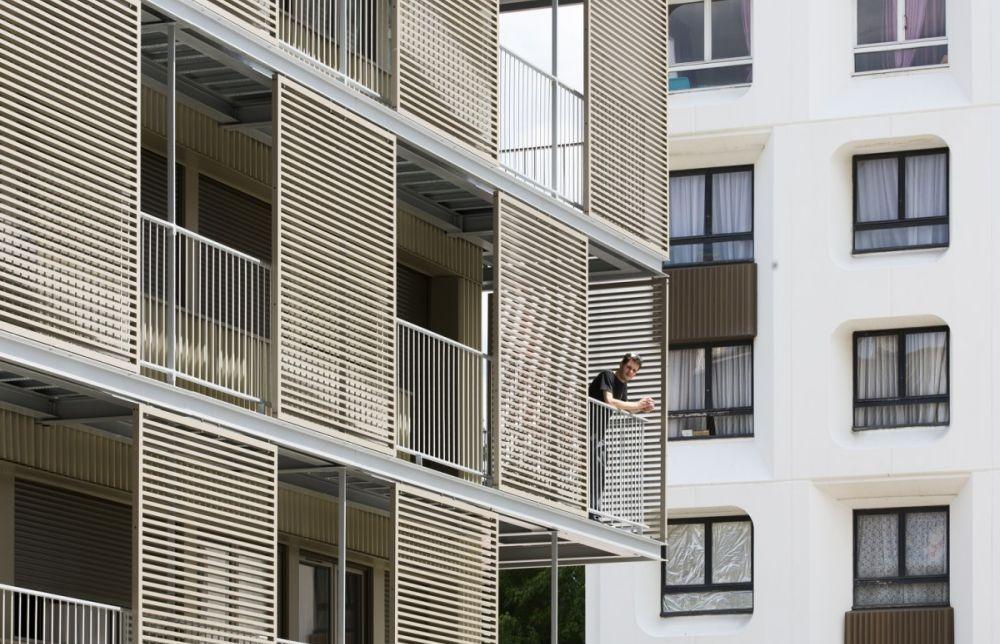 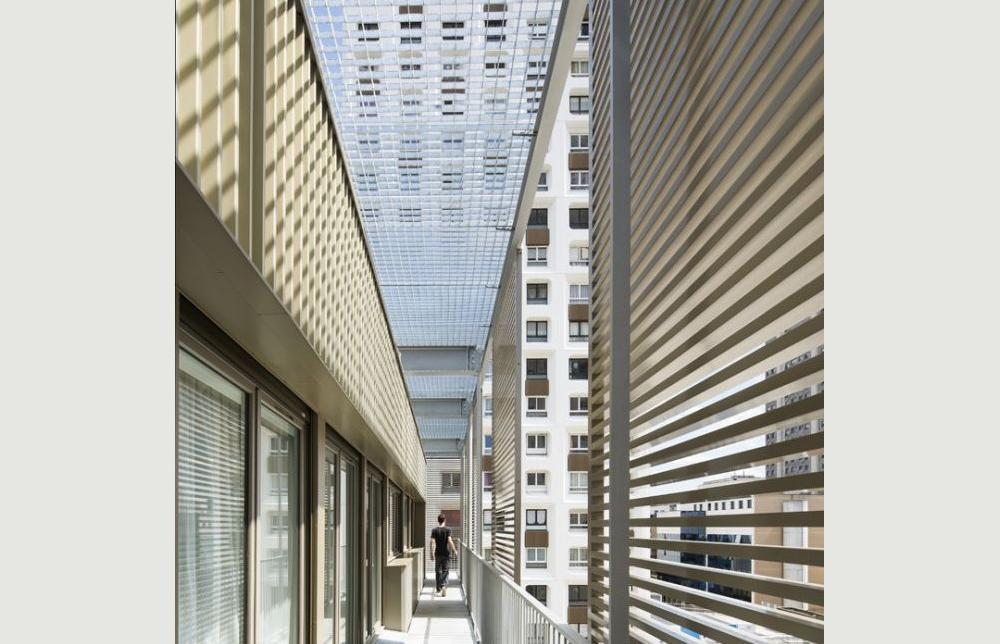 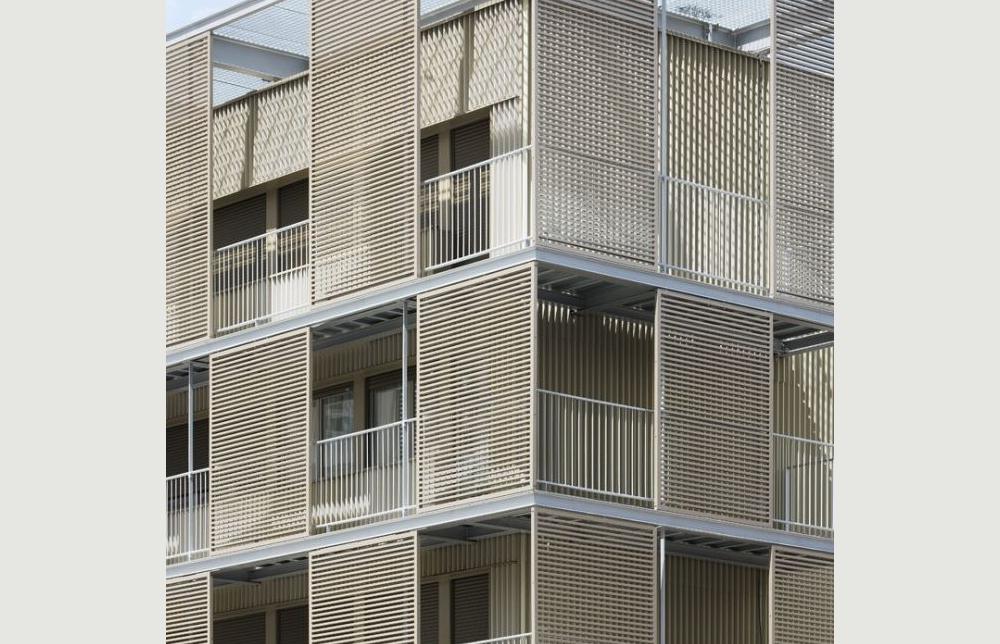 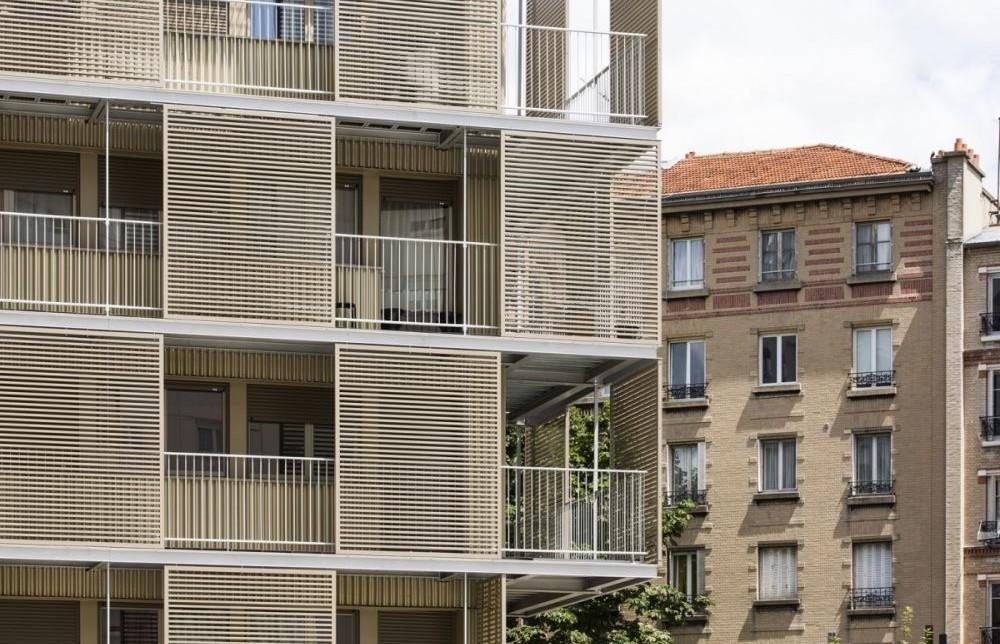 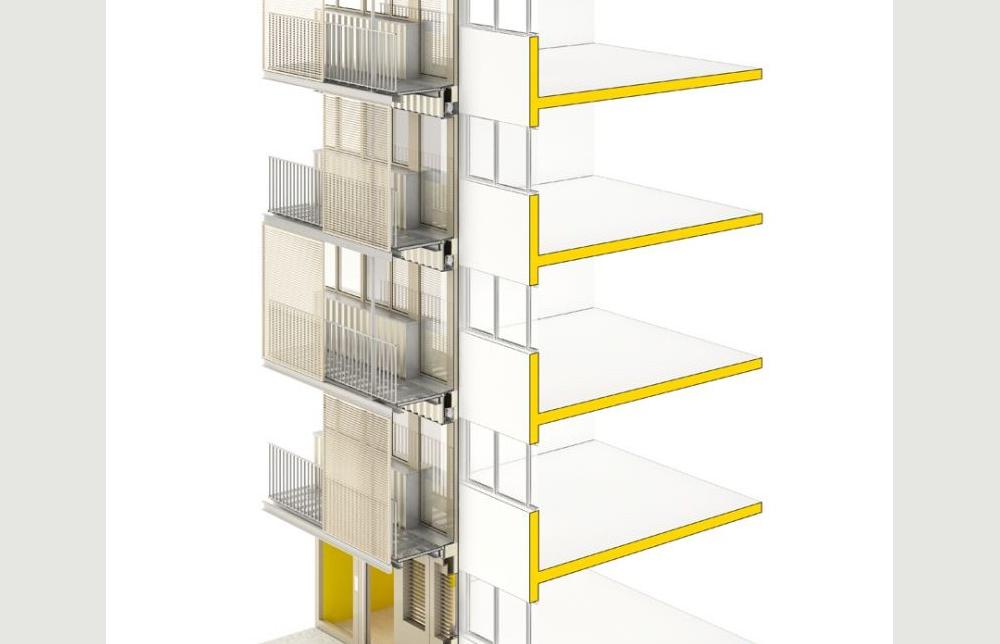 “Square Vitruve” is a real-estate project in co-ownership built on a concrete slab. Along with the construction of the tramway, the ongoing Major Urban Renovation Project for the Saint Blaise neighbourhood is opening up this forgotten corner of Paris.
The major rehabilitation of this seriously degraded building containing 56 social housing units was carried out while it was in use in a highly complex urban, technical and statutory environment and has played a part in preserving the social fabric of a neighbourhood undergoing massive change.
This intervention on the building’s shell has been conducted in constant dialogue with the city’s council and inhabitants in line with ambitious specifications. These specifications sought to confer a strong identity on the building, foster diversity, imagine new uses and improve the energy performance of a building whose occupants have described it as a “thermal sieve” in order to achieve Paris City Council’s Climate Plan.
Basing its analysis on sun studies to assess the impact of the nearby high-rise buildings, Atelier du Pont suggested adding balconies wherever this made sense. This was a simple idea that was hard to put into practice, yet provided the apartments with outdoor areas and completely remodelled the architecture of the façades.
Designed as a kind of clever, oversized Meccano kit on a site that cannot be accessed by heavy plant, this new skin was installed without putting machinery on the concrete slab and using no cranes or pods. The balconies are suspended from the roof, and all the materials and technical solutions have been designed to avoid overloading the existing structure and disrupting residents’ daily life.