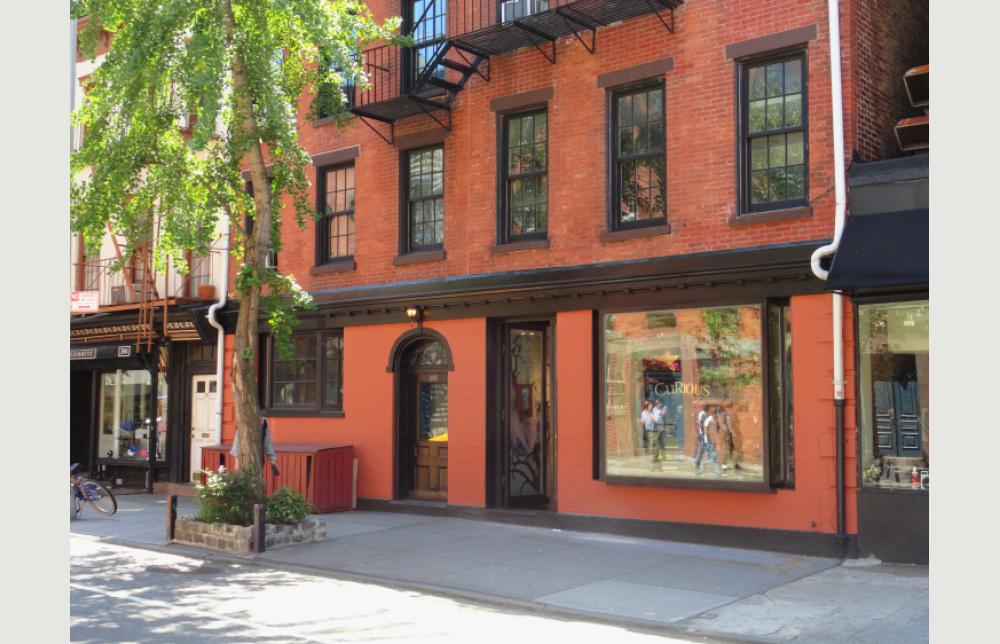 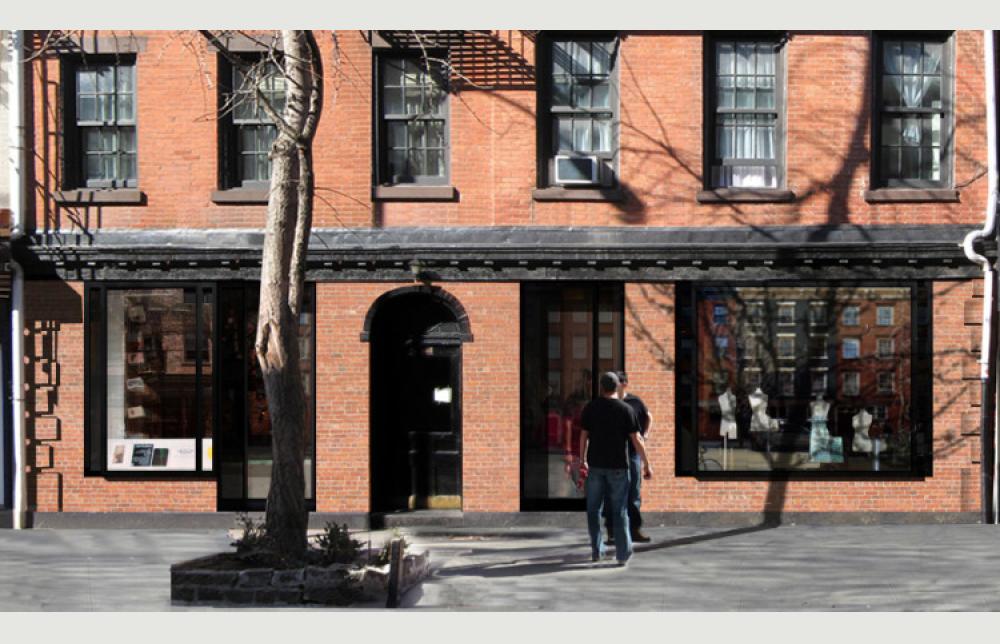 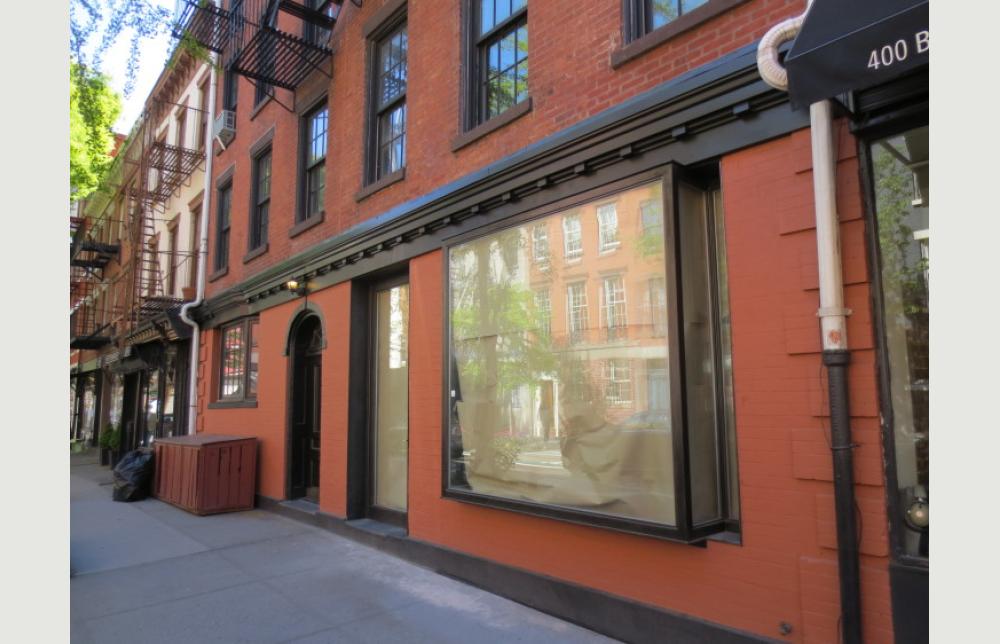 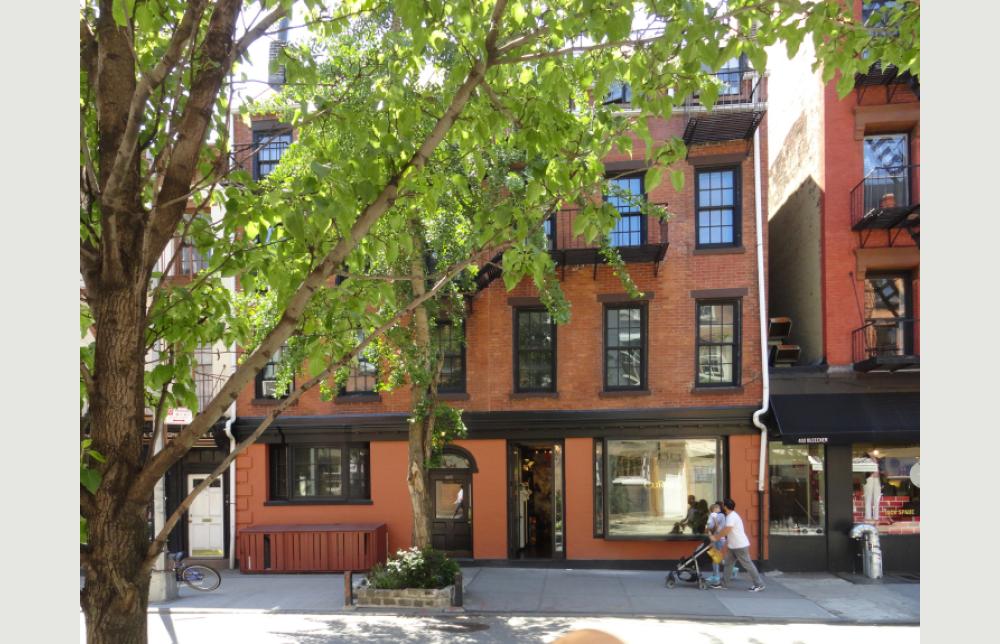 The two 4 ½ story houses at 396-398 Bleecker, built in 1852-53, were combined in the early 20th century.  There had originally been retail on the street level but at the time of the combination, these spaces were altered for residential use. The residents of the building, now a co-op, hoped to benefit from the retail boom along Bleecker Street by converting the ground floor to a retail space. To do this in a sympathetic fashion, we reviewed the storefronts all along Bleecker Street and found that the most successful, were those that made a gesture towards the architecture of the neighborhood. This review process helped guide us with our choice of palette, materials and scale of elements. Part of the challenge was to create separate entrances for each retail space while preserving the private entrance for the residents. Another challenge was how to make each small space as efficient as possible while adhering to the rules for handicap accessibility. The entire existing first floor is above the street grade. There is an 8” curb that is consistent up and down the street. We plan to lower the floor of each space to the top of the existing curb. We received a waiver from The Mayor’s Office for People with Disabilities allowing us to retain the curb that is part of the original structure of the building. Each store will have a separate entrance with a bay window, a modern interpretation  of the bay windows that were in place previously. Our proposal was approved by both the community board and the Landmarks Preservation Commission.