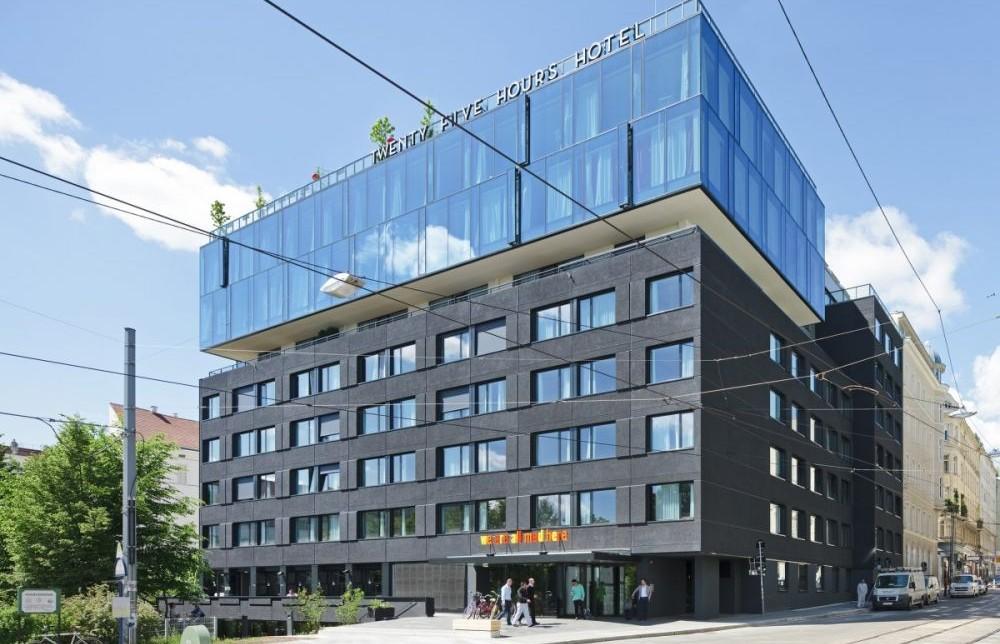 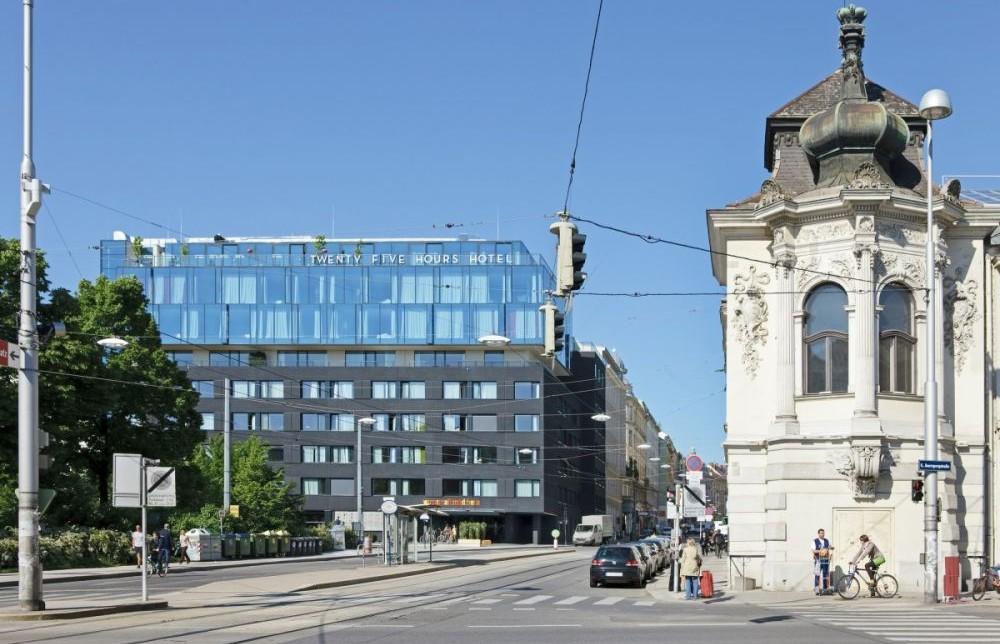 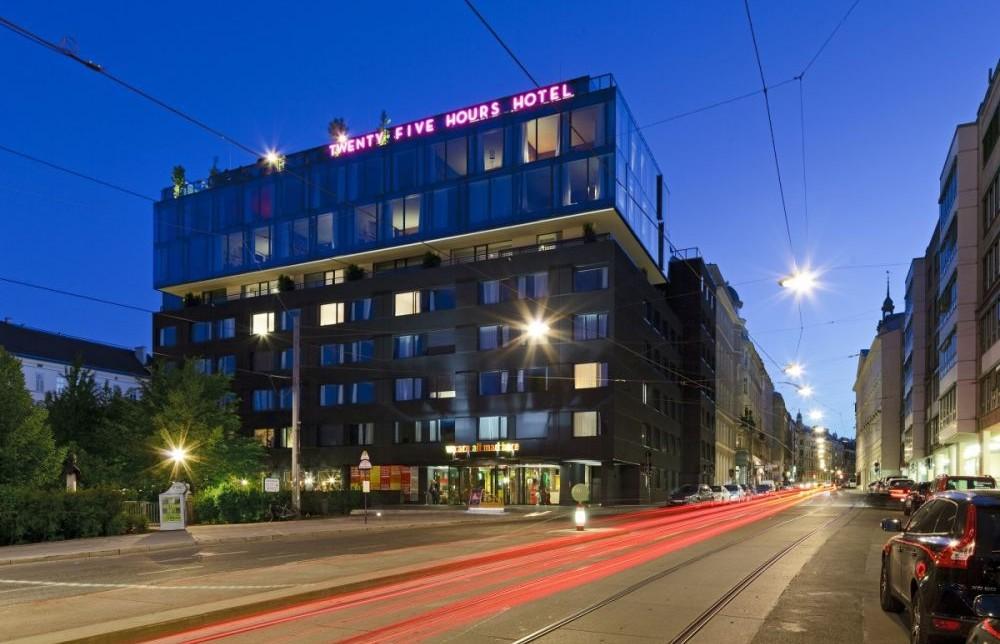 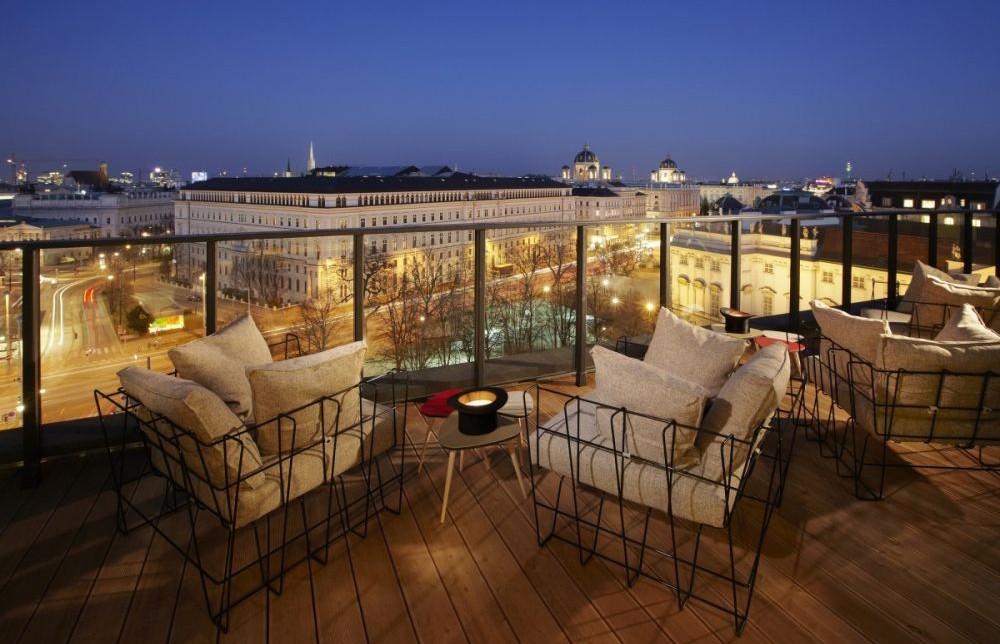 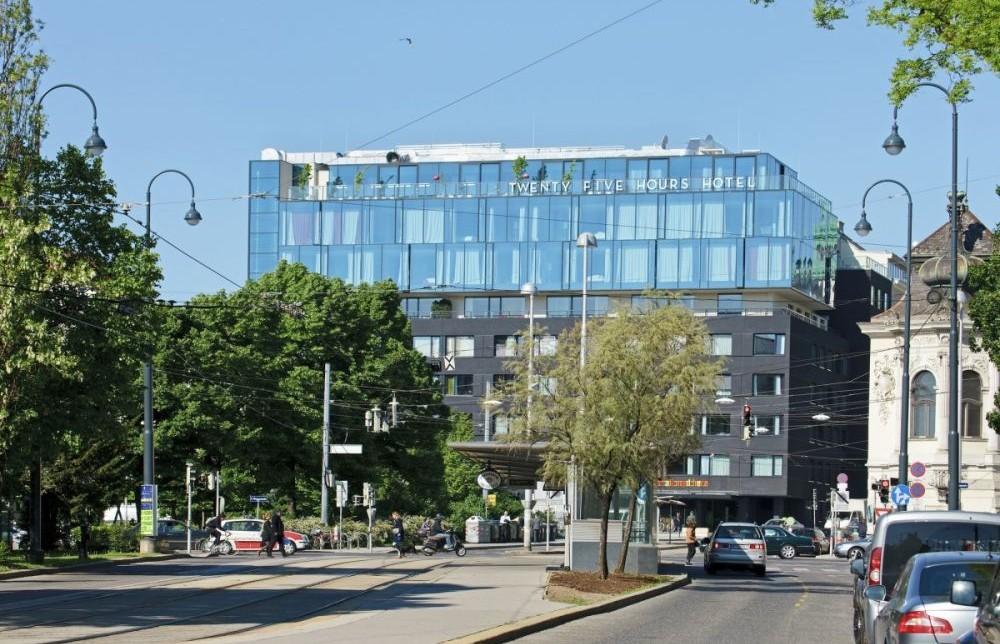 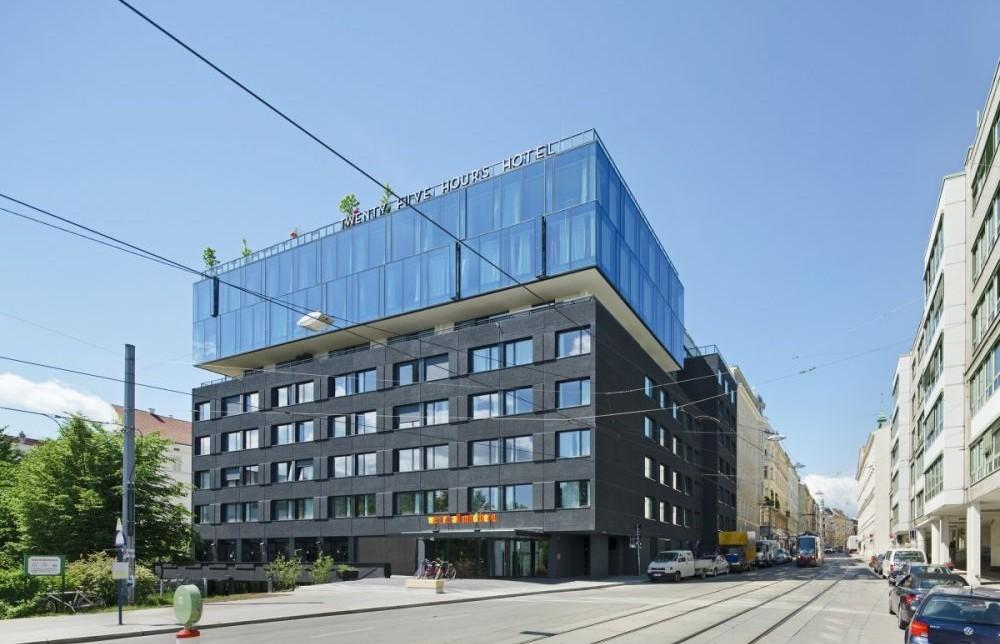 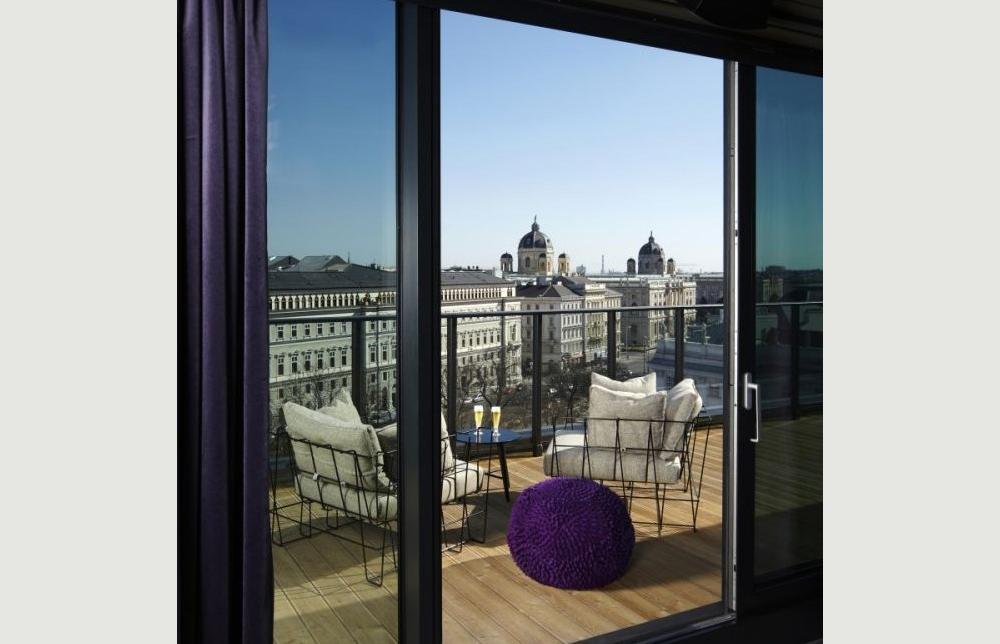 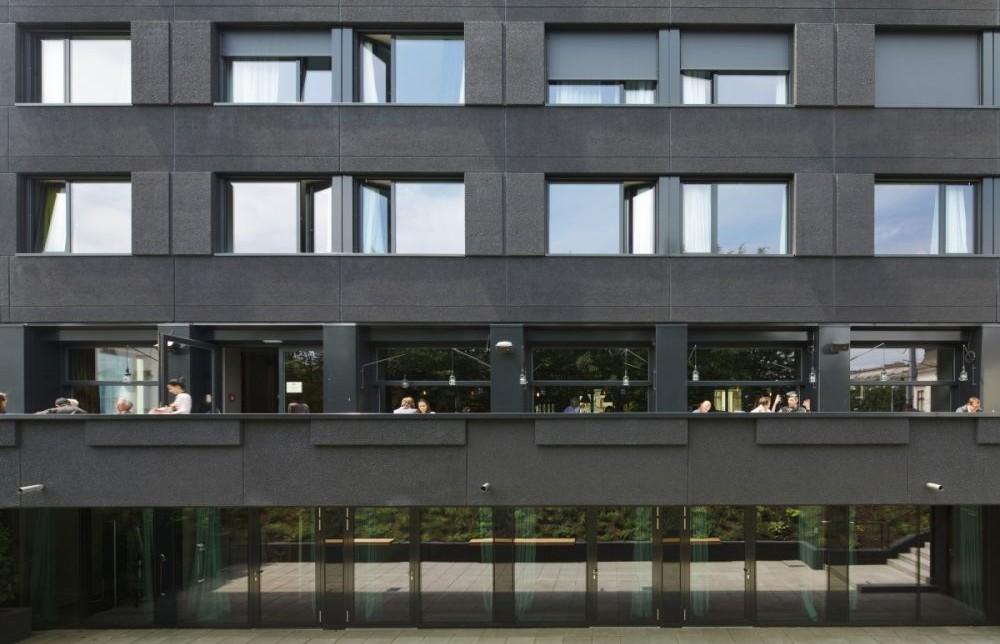 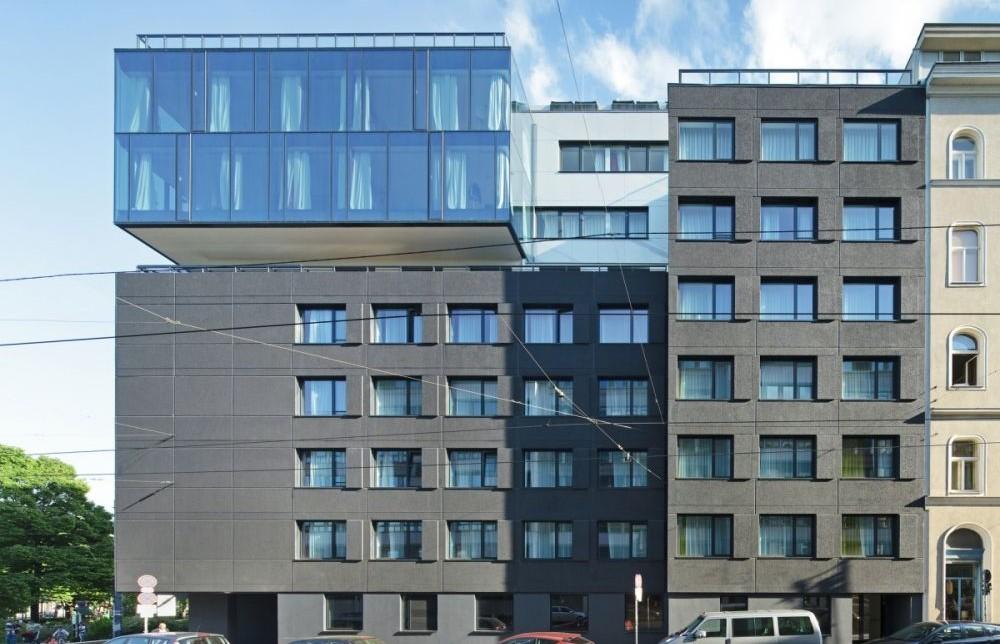 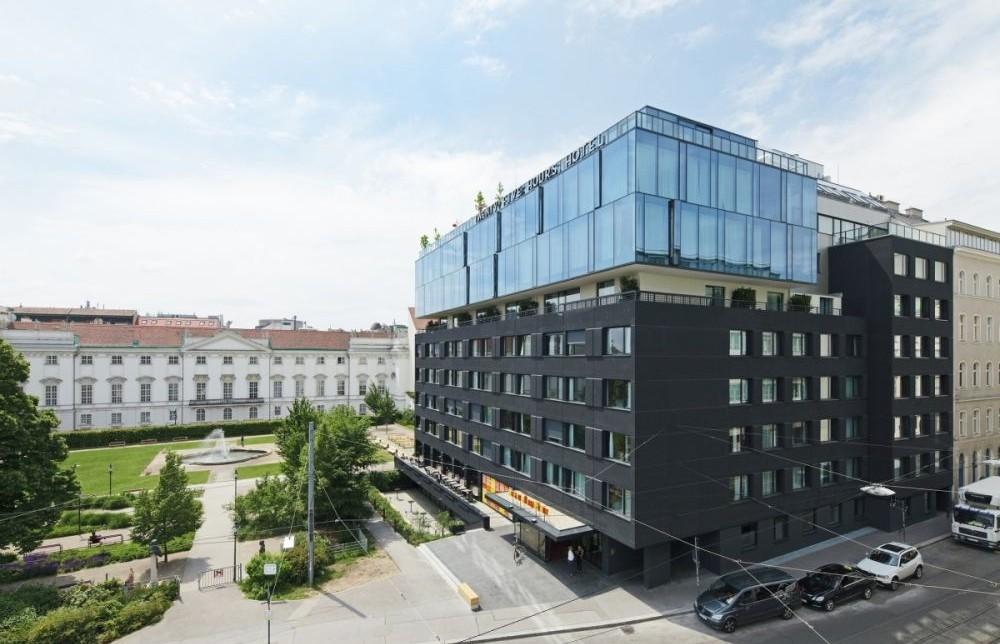 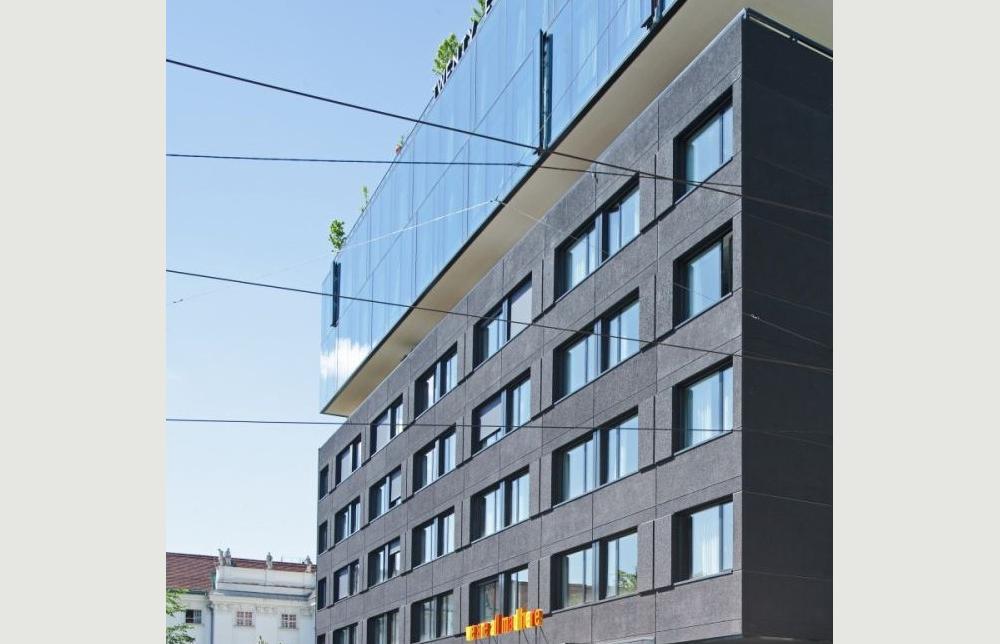 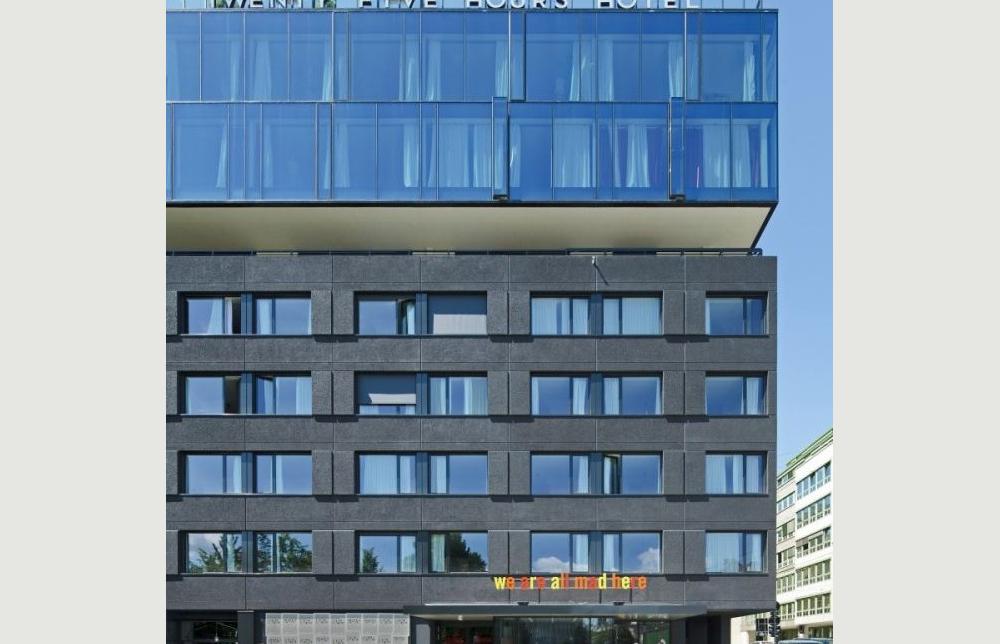 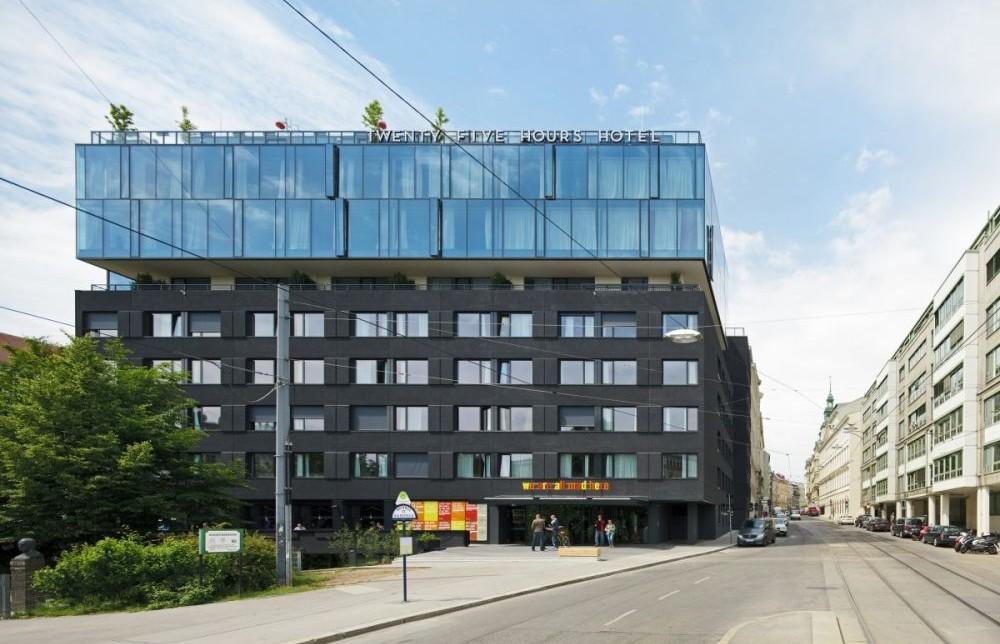 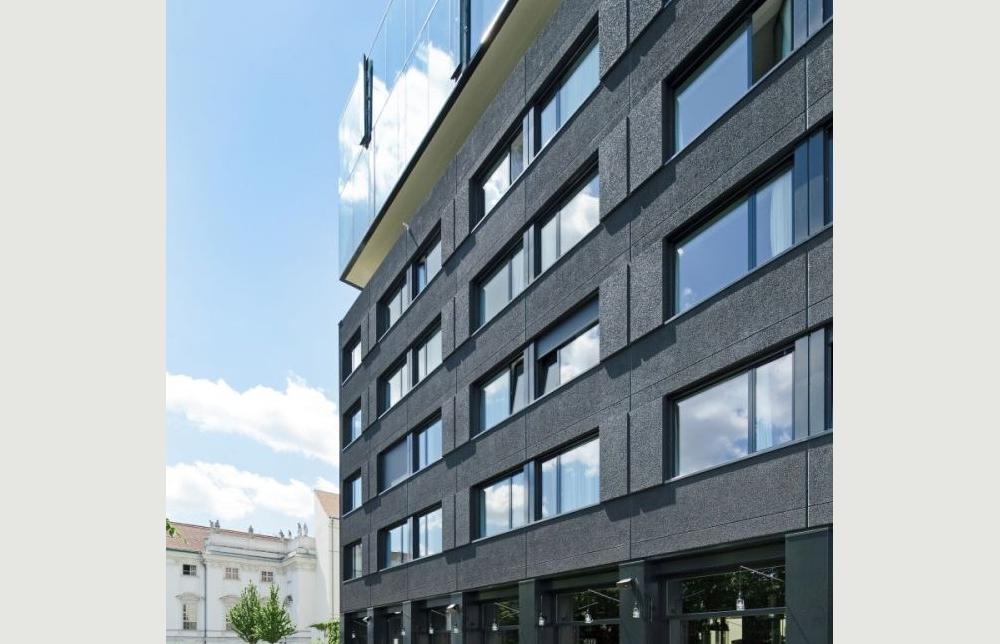 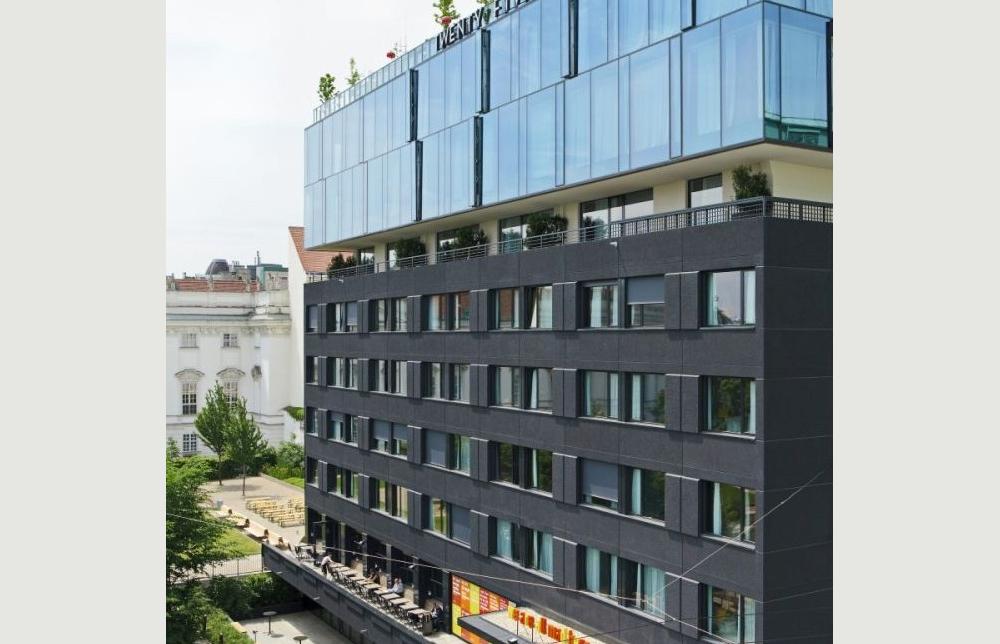 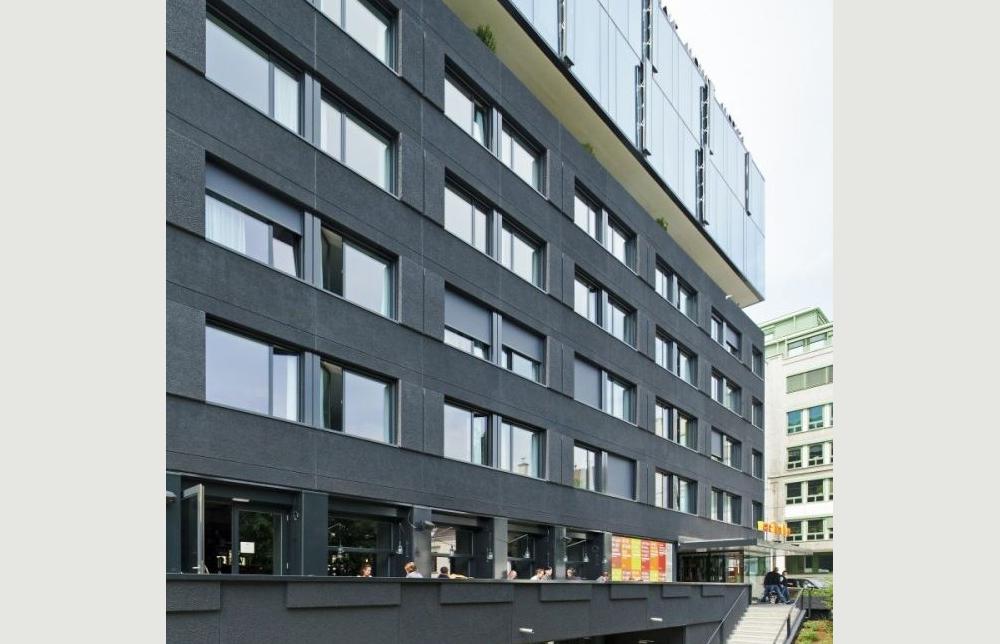 A hotel is a hotel is a hotel just for tourists. Wrong! The new 25hours Hotel, located near Vienna’s MuseumsQuartier, is by no means just a pretentious structure offering accommodation for a well-heeled foreign clientele. Since opening its doors in early 2013, this centrally located hotel has become a popular spot for all – especially for the locals, who appreciate the pizzeria, the Viennese “Schanigarten” with a special burger grill, and a cool rooftop café with a terrace.

The Viennese architecture firm BWM Architekten converted the former student residence in Vienna’s 7th district into a laid-back hotel in several stages for 25hours Hotel Company. Although this six-floor building with its uncompromising functionalist design was constructed as a student residence in 1969, it was initially used as office space by UNIDO until the organization was able to move into the newly built UNO City in Vienna’s 22nd district. In 2009 the new operational concept was born and a modern glass cube designed to rest on top of the rational building.

This roof structure, which draws upon the original building’s compact architecture and modifies it for today’s sensibilities, was opened in 2011. It provides enough room, not only for 35 individually designed apartments on three floors, but also for a café-bar with a terrace and a fabulous view. In the second construction phase the existing building was revitalized and the façade was given a dramatic anthracite-colored look. The building is within walking distance of the popular MuseumsQuartier Wien and is – with its 219 rooms – the largest hotel of the German-owned 25hours Hotel Company to date.

The hotel’s opening marked BWM Architekten and 25hours Hotel Company’s successful completion of a sensitive urban project at a nodal point between the densely built 7th district and the historical 1st district. And it also marks the building’s revival and new lease on life.