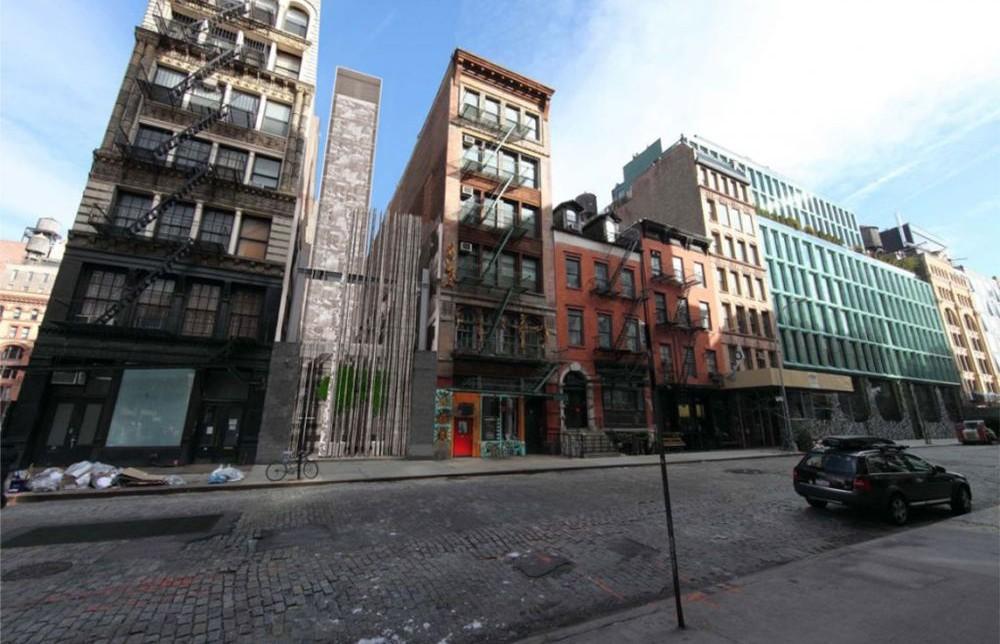 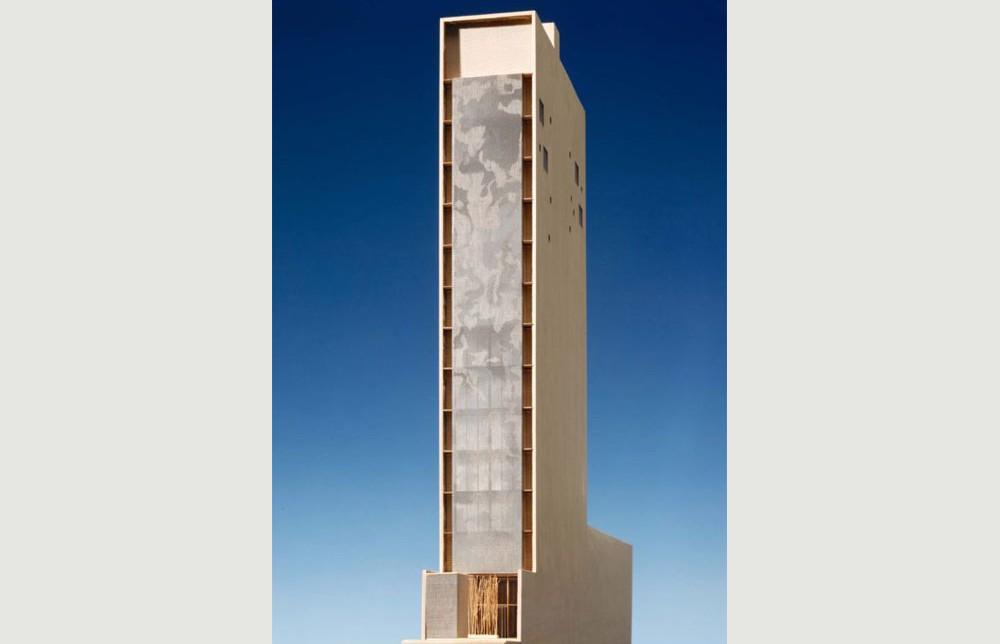 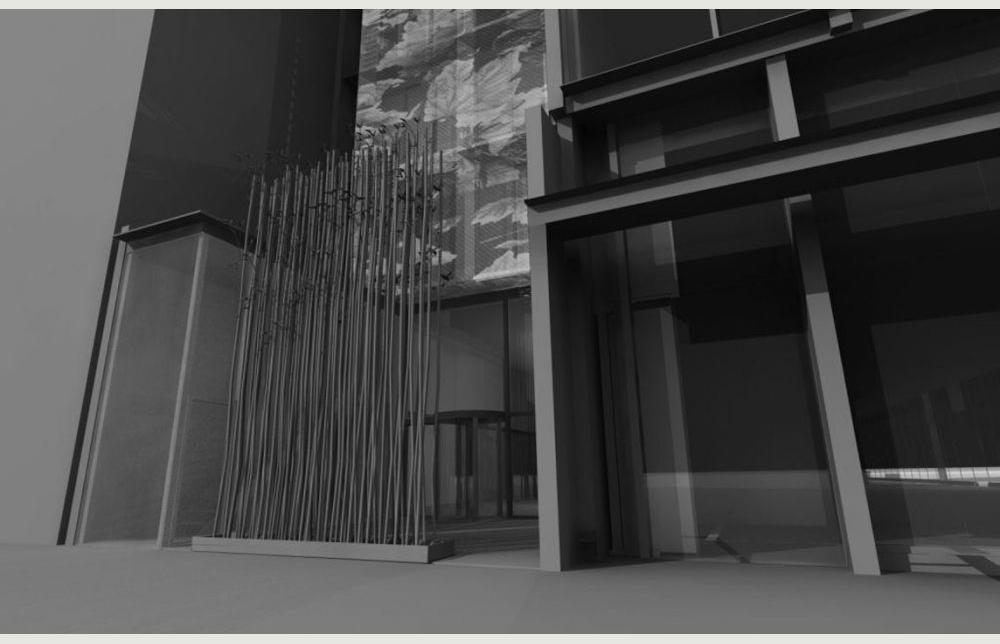 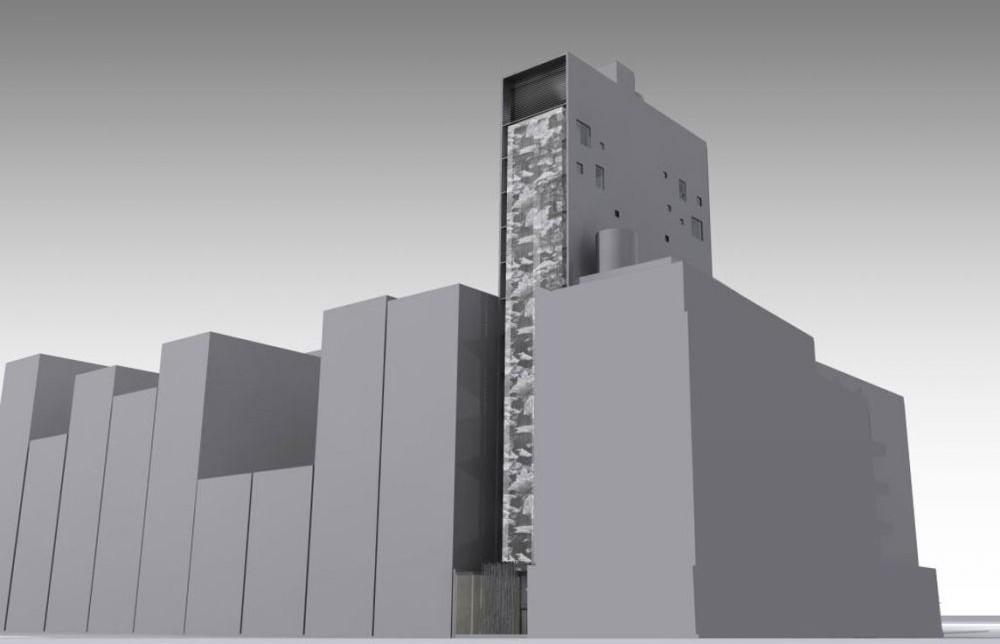 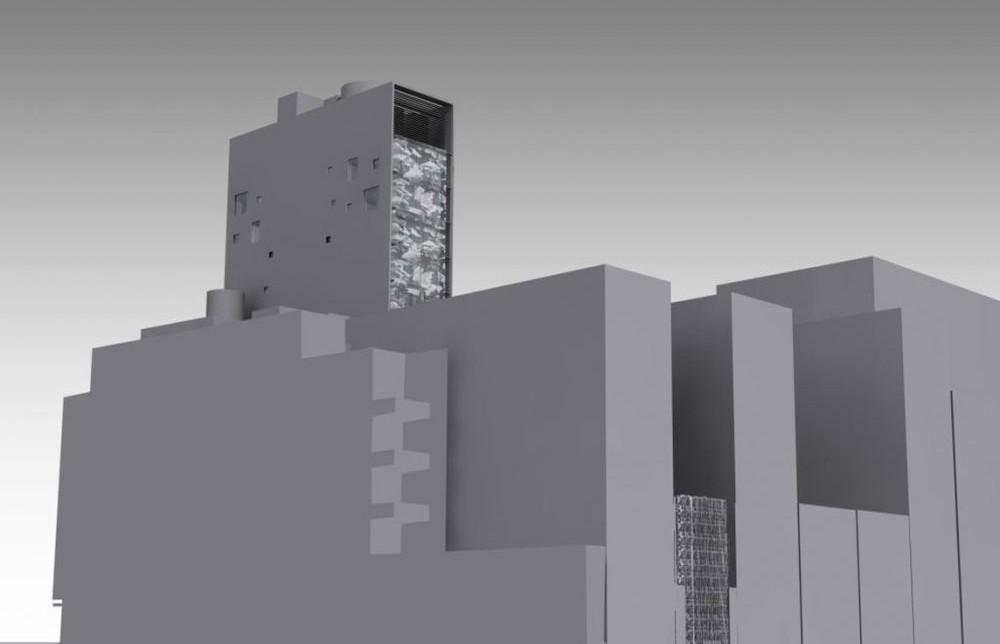 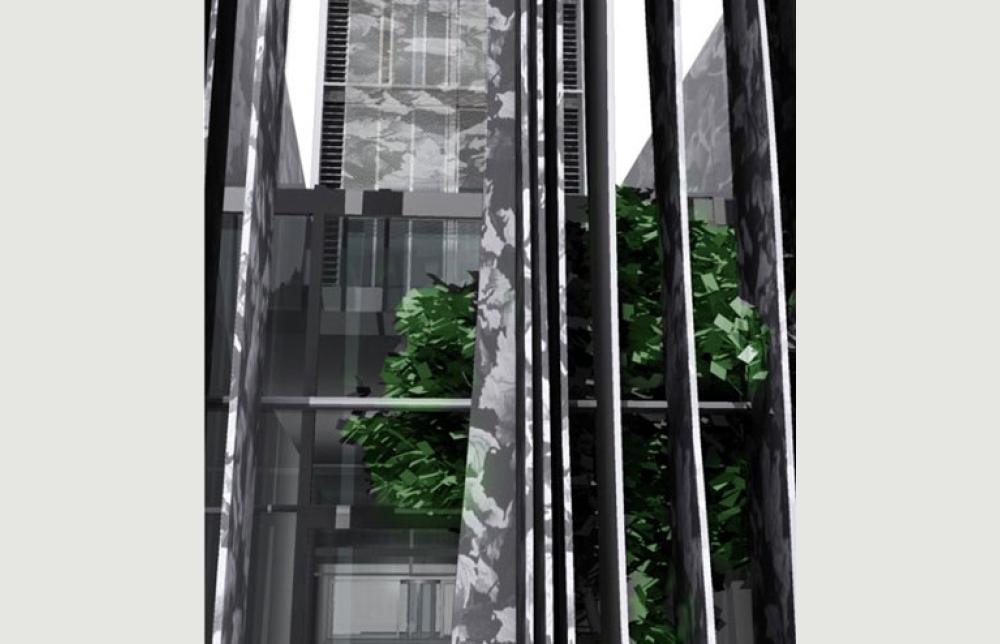 22 Bond Street Hotel project is a mixed-use building located on a thru lot between Great Jones Street and Bond Street in the NoHo Historic District. Prior to this two block area being designated into the NoHo Historic District, the SDS Brooklyn erected a tall slender concrete structure which was as-of-right by current zoning regulations. SMH was commissioned to redesign the exterior envelope of the project to better fit into the neighborhood context in order to acquire a Landmarks Preservation Commission Certificate of Appropriateness and lift the Department of Building stop work order issued to the developer.

Only a few buildings in NoHo and SoHo match the slenderness of the 25 Great Jones project.

The most famous stands on the southwest corner of Broadway and Broome. There, the imposition of, and application of, a classical faccedil;ade modelled on the mid sixteenth century palazzo animates the building face and volume, creating an illusion of depth, shadow and scale.

Concurrent with the resurgent neo-classicism, HH Richardson and Louis Sullivan introduced the neo-Romanesque in the later 19th Century. In his An Outline of European Architecture, Nicolas Pevsner states of Richardson, 147;Into his historic detail he instilled an uncouth, primeval directness, all American of his age. His sense of texture and rich surface patterns underlining the massive compactness of his buildings, on the other hand was entirely his own.148;

Sullivan soon followed creating 147;the forms in which skyscrapers first presented themselves to an amazed Europe.148;

Our deliberate choice to apply a large scale decorative pattern to the very large scale east and west lot-line bearing walls of the building mimics the mannerist alteration of the classical as in Giulio Romano146;s Palazzo del Tegrave; while drawing on the Sullivanian sense of floral and botanical invention.

At street level and at the street sidewalks we propose entry gates whose formal development recalls another botanical metaphor: the 147;forest.148; Rendered in green color, the vertical members are shaped to recall the sinuous forms found in trees. While offering visual access to the site and an ever changing profile to the passer-by, the design borrows from its neighbour, the Herzog and DeMeuron 40 Bond project.

Setback and above the north and south gardens, we elected to shroud our building in a matte stainless steel fabric, similar to the ubiquitous fabric usual to the scaffolding found at buildings under construction or renovation. While usually temporal, we propose to make this condition permanent, utilizing the fabric146;s optical qualities to mask the interior glazing and spandrels. Seen from the street the viewer will have visual access to the entry and lower floors of the building while the upper floors will enjoy privacy from the street due to the fabric146;s position, oblique to the viewer146;s gaze.

Not having access to stone and masons and the techniques of the late 19th Century, we chose to use contemporary means and methods to effect the same results: the dissolution of building mass, references to nature and romanticism in this case to current environmental thinking. We propose to create an inventive architecture that will contribute to the continuously evolving and remarkably creative histories found in the District146;s buildings.