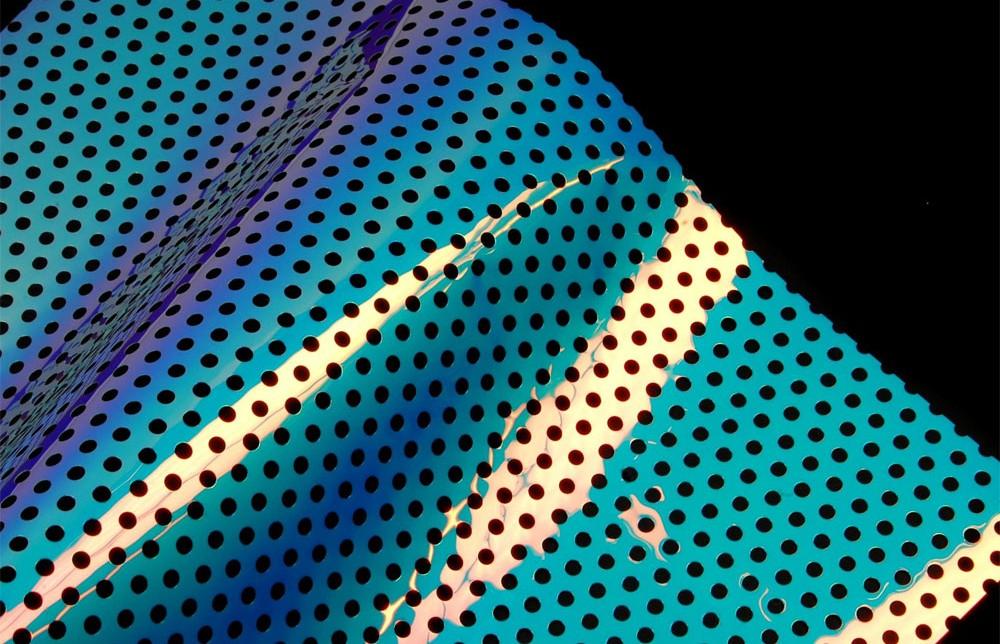 Chameleon is a multilayered polymeric film with a polyester surface. The raw material used by ChameleonLAB is a dichroic film used for various purposes. The Chameleon dichroic films have a very elaborate colour changing effect. By perforating the Black Dichroic Films, the dichroic effect on the one side is combined with the possibility of letting visible light come into a building. The film is metal free so non corroding or conductive; furthermore it is thermally stable and has low shrinkage. The basic 36 micron film, responsible for the dichroic effect, is a 3M technology. ChameleonLAB adds all durable features on the basic film by cleanroom lamination. The end product has a thickness of 200 micron which meets the technical durability demand for a 10 years warranty. The Perforated Dichroic Films are an interesting solution for buildings such as museums, where only filtered natural or artificial light is permitted inside the building. All the designed products are only produced by demand.

Projects that use this Product