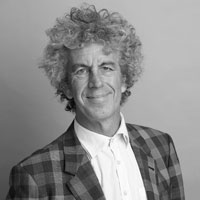 After some 40 years of practice, Canada Water Library is our first large public building. We were more than fortunate to be working with LB Southwark’s experienced and enthusiastic…

After some 40 years of practice, Canada Water Library is our first large public building. We were more than fortunate to be working with LB Southwark’s experienced and enthusiastic Library Department already responsible for the Stirling prize winning Peckham Library. The site was quite small for the increasingly ambitious brief including a cultural/performance space and many meeting and teaching rooms as well as the library itself and staff areas. The ground floor also incorporates an entrance to the neighbouring tube station.

Given the footprint of the site, the client was imagining a multi storey library would be necessary. But preferred our suggestion of a single floor solution which is far more flexible in terms of layout, amount of area given to different users in the future, and makes supervision much easier with fewer staff. This resulted in the inverted pyramid form of the building. This form had the advantage of solar shading the desirable extensive glazing facing south over Canada Water Basin. The sloping form also favoured an auditorium shape for the performance space and ensured the meeting rooms of the top floor did not overhang the library space to too great a degree. Incorporation of the tube entrance is a great coup for the library, but had a large hidden cost and time factor which had to be recovered through savings elsewhere in the design.

It was great to be both architect and project manager throughout the whole process. From being on the winning masterplan team for the regeneration of this area of Rotherhithe. We were asked to do the planning application for the library without a competition. Only then was the project ojeu-ed, which happily we won. The contract was conventional not design build which gave us a proper role as architects in the later as well as earlier parts of the project. This is counter to our other experiences where the architect role [and pay] is less important in the team. Although their overall responsibilities to the integrity of the project are really just as great. The architect becomes more like a subcontractor to the builder in the later stages and has no sanctions for poor building work. However this has an unexpected bonus. {See 4 }

In terms of construction there is little difference to a building that might have been conceived decades ago. Obviously in common with all buildings there is far more environmental impact awareness. And certain materials have become more available such as the layers of differently expanded anodised aluminium mesh of the exterior elevations although this is probably more a matter of fashion than pure technological innovation. Socially the library is used differently because of the advent of new information technologies. But this is in a way only in degree – people have always studied in libraries as well as take books out etc. Libraries have been a place where people go to be alone / get away from social life / discover other worlds of ideas from those of their community. This library has more emphasis on shared experiences of performance, exhibitions, meetings and adult learning classes as well as the foyer cafe.

Very hard to perceive from the inside how things change in the studio over the years from the myriad of influences, academic, young architects, changing scale of clients, commercial pressures, construction demands etc This practice is relative unperscriptive and tends to take ideas from anywhere /anyone in [or out of] the team. The thing that seem most perceptible is the insanely over regulated and intransigent approach of the british planning process with a general loss of trust in professionals by councillors who in turn aren’t much trusted by their electorate. However we have found perversely that design built has made us more appreciated by contractors for our ability to understand and produce information on the buildings they are constructing.