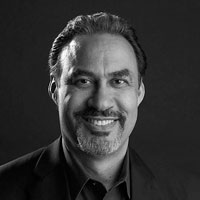 In public sector work, it is often difficult to address the needs of a wide range of stakeholders. Doing so within a limited budget adds another layer of complexity. The residents…

In public sector work, it is often difficult to address the needs of a wide range of stakeholders. Doing so within a limited budget adds another layer of complexity. The residents (library users) of this historically African American community in Washington, DC were fully engaged in the design process with the understanding that this was “their library.” DC’s regulatory agencies, including the U.S. Commission of Fine Arts, viewed the project through an entirely different lens. In many ways, the constraints and sometimes divergent input helped to forge a powerful solution which serves as a beacon for the neighborhood.

On this project, it was necessary to assume the role of architect as designer plus mediator, community advocate and role model. The design process and the realization of this building demonstrated for the community what was possible – not only in terms of the built product but also a career path. I believe that we as architects have an obligation to broaden the reach of the professions so that talented young people from traditionally underrepresented groups have access to this career choice.

In our current projects, I see our role evolving toward more collaborations with other architects. Teaming with colleagues not only improves the odds for winning the work, we have found that the architecture often benefits from the creative collaborations.

This project was made possible largely through the renewed belief that neighborhood libraries could once again become a vital part of the (a) community. Support for such projects was non-existent in Washington, DC only a decade ago, as evidenced by the neglected and dilapidated library structures that laid fallow across the city.

With regard to technology, sophisticated daylighting software provided quick and accurate analysis of our sun control strategy. We were able to allow the proper amount of filtered light to enter the building while controlling glare and heat gain.

Serving on the faculty of MIT’s School or Architecture and Planning brings me into contact with students and other faculty who are working on the forward edge of architectural theory and technology. I see great promise in recent advances in the area of computation where new methods of architectural design are being explored and the conventional limits of current technology and design teaching are being challenged. MIT’s Media Lab also continues to blur the line between design and technology.

With regard to the Anacostia Library, recent graduates came to the project well prepared to implement BIM not only for technical production but also in the generation of quick 3D analyses of early concepts.