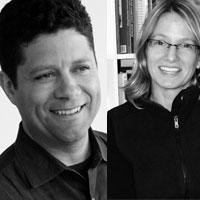 There have been significant recent changes to the role that library staff plays with the public. Today’s librarian, presently and even more so in the future, operates in far more…

There have been significant recent changes to the role that library staff plays with the public. Today’s librarian, presently and even more so in the future, operates in far more transparent and far less stationary manner. Not unlike a sales person at larger retail bookstores, library staff will roam the floor, perhaps with an intercom headset, offering assistance to those browsing both shelf and internet. This changed relationship has both functional and spatial implications.

As a result of this increased mobility staff spaces have become smaller and a significantly more flexible. Rather than an enclosed room with a service window, information desks have become movable desks relocating as required. Flexibility in all aspects of design — stack, computer and seating layouts – has become the baseline standard for new libraries. Ultimately, this requirement yields a far different result than the stationary components of the past and vastly increases design possibilities.

In our practice we have been fortunate to work with clients who care deeply about their built space, know a great deal about how they would like it to function and possess a strong interest in adding value to the legacy of their institution. Librarians, including those at the District of Columbia Public Library (DCPL), have visited hundreds of libraries, worked in many of them, and offer unique insight into the strengths and weakness of the built libraries that presently serve our communities. This feedback offers a powerful foundation for the Architect to build upon in the process of designing and represents a progressive model for architect/Client collaboration.

In the broader sense, we live in a time of unprecedented technological change. Specifically, changes to information technology have had a fundamental impact on how people access information and libraries, as an extension of that, function. Although the future of technology would be impossible to predict, as Architects responsible for designing 30 plus year buildings, we are charged with consideration of where it might take us. Buildings today must be designed as conduit for technological advancement to move through. The Architect must work increasingly as facilitator for discussion of audio-visual and information technological present and future needs. We find this to be true not only with libraries but with other building typologies as well.

Further, as these buildings serve and represent their communities, consensus building is a critical aspect to any proposed new civic building. At a time of economic challenges and governmental budgetary cutbacks, overcoming resident frustration can complicate this process. In this way, the architect must play the role of listener, facilitator and sometimes, community storyteller.

Libraries of the past were quite literally and figuratively a community’s bastion of knowledge. The Carnegie Libraries, typically designed in a neo-classical architectural style, spoke of a formal institution that protected it contents much like a financial institution. Exterior walls were largely opaque with deeply punched openings and the entrance, elevated from the street level, was typically reached via a grand central stair. The modern library, by comparison, has become a highly accessible extension of our schools, bookstores, community centers and our homes. Transparency, afforded with the introduction of both insulated and UV protective glazing, has allowed today’s library to act as beacon drawing the community in with a message of openness.

Mixed-use design, not formerly applied to libraries, is now quickly becoming the standard as municipalities strive to fulfill a substantial community need to provide after school and senior activities, as well as ESL and job training sessions. Libraries too, in keeping with bookstore retailers, often offer abbreviated food service in the form of coffee shop fare. Patrons are invited to linger, enjoy the wireless internet connection, and attend a lecture or a book reading.

Further drawing on changes in retail and the technology that exists to realize it, DCPL expects to employ Radio Frequency Identification (RFID) tagging in the near future. Our designs for DCPL (Benning/Dorothy I. Height Library and the Watha T. Daniel/Shaw Library) were established in anticipation of that change. Once employed, the RFID system will complete the existing trend towards self check-out.

The design for the Benning/Dorothy I. Height Library was developed through a highly iterative process. Early observations about slope change and the two side nature of the site led to explorations of split and folded planes as an extension of the high side of the site. This led to a diagram defined by a connection between the two entry points, a lifting of the folded roof plane in response to the needs for natural lighting, and a draping roof surface wrapped down on two sides and following the ground plane.

Modeling of the ground plane surface and early massing were developed simultaneously with the sculpting of one informing the other. Instantly visualizing the resulting relationship informed design studies, and the roof plane quickly morphed into a secondary modeled ground surface incorporating the concept of a green roof.

Our practice is constantly informed by the tools we employ to visualize ideas. Often recent graduates come to us with knowledge of new modeling applications and ways of utilizing them before they have been fully implemented in the office. As a result, young designers progress our tool knowledge base and design realization skills in a very practical and expedient way. The efficiency with which we study a design has a direct effect on the number of visualizations we can produce within the life of a project, helping the client and the community to understand the design ideas being presented. The same studies are then employed for daylight simulations and envelope performance studies which serve as valuable design feedback for the architects involved.