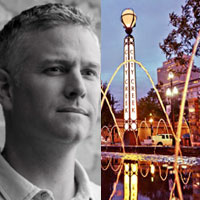 CRĒO Industrial Arts is a custom fabricator who produces a variety of elements for the built environment such as signage, illuminated fixtures, exterior furniture and kiosks, and other architectural enhancements.

1. Tell us about yourself, your company, your services.

CRĒO Industrial Arts is a custom fabricator who produces a variety of elements for the built environment such as signage, illuminated fixtures, exterior furniture and kiosks, and other architectural enhancements. CRĒO partners with environmental graphic designers and architects to provide documentation, project management, fabrication and installation of these elements. CRĒO’s projects span the country and include everything from retail & mixed use developments to public spaces to themed entertainment venues, and everything in between. Some of our most notable projects include Santana Row in San Jose, CA; City Creek Center in Salt Lake City, UT; Natick Collection just outside Boston, MA and various Disney attractions in the U.S. and Asia.

2. What is the role of your firm and services in the development of today’s leading architectural ideas? 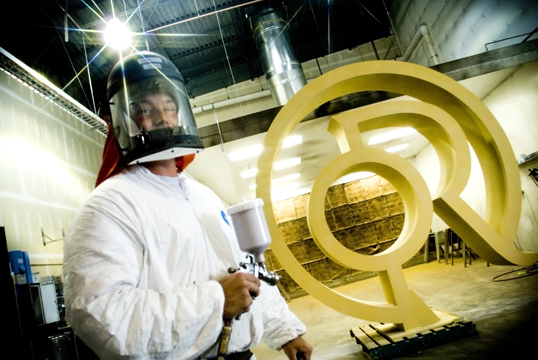 CREO relishes the opportunity to play the role of fabrication consultant to our design partners. We’re not big idea people – we leave that to the professionals, the EG Design and architects – but we do have extensive experience with a wide variety of environmental graphics and custom fabrication projects, and that experience enables us to provide valuable input that can be very helpful during the design. Typically that input centers around engineering, fabrication strategy, performance of different materials, and budgetary feedback. From our perspective, the ideal scenario entails the involvement of an experienced fabricator fairly early in the process in order to help inform the design from the standpoint of constructability, and often times, that collaboration has significant positive effect on the final design.

3. What are the latest innovative developments that you are working on and what do we have to look forward to and expect in 2011 and beyond? 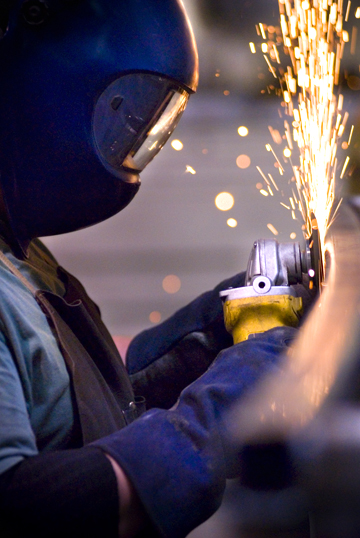 Trends of sustainability, 3D and BIM modeling, etc. are talked about quite frequently, but what’s become more prominent of late for us as fabricators are the various forms of Design/Build that have arisen.

In today’s environment, clients are more likely to take conceptual designs and work with a fabricator to bring those designs to life without creating a detailed design intent package that is then taken through a traditional bid process. The advantages of having the fabricator work with the design team and other consultants in a design/build fashion are that you can move more quickly when dealing with compressed schedules, and you can work as a team to optimize the budget. It’s key, however, that the designer/architect stay involved and work side-by-side with the fabricator in these circumstances. If conceptual designs are handed over directly to the fabricator and the designer isn’t kept in the loop (which sometimes happens with less sophisticated clients), the end result will suffer greatly.

A related trend that we’re seeing is IPD or Integrated Project Delivery, which by its nature is very collaborative. As fabricators, we’re having to learn how to fit into these new constructs for delivering a project, but I think the end result can be much better than the traditional design/bid/build approach.

4. Explain how your firm contributed to the success of a specific project?

CREO recently completed a scope of services for a major urban redevelopment project in Salt Lake City, UT called City Creek Center. The environmental graphics scope went far beyond identification or wayfinding, though both were certainly important components of our work. The design team was really interested in creating architectural and graphic forms for the project that were authentic with respect to both the unique natural history and the culture of Salt Lake City. The designs included a very rich material pallet of bronze, etched glass, porcelain, and stone. There were many instances where these materials were going to be used in unconventional ways, and CREO’s early involvement was in the area of feasibility, with an emphasis on the R&D of the utilization of materials, fabrication intent, etc. We also advised the team on opportunities for alternate materials, finishes and methods; essentially providing value engineering without aesthetic compromise. We also had to develop methods for maintaining and servicing the various elements over time, which given their nature, was not always easy. For example, for the signature light columns that stand at the perimeter of the development, CREO created a track system that carried the hundreds of LED modules used to illuminate the structure, which allowed them to be accessed and serviced from a single point by sliding the lighting tracks up and down to reach the individual modules. In addition, a very convincing bronze faux finish was developed which eliminated the need to utilize actual bronze in areas of the project where either the weight or the cost of that material was prohibitive. 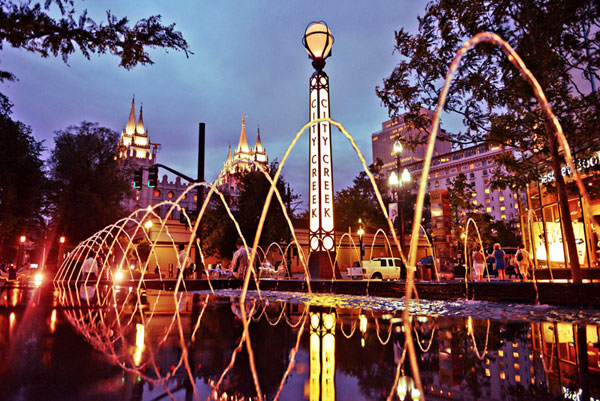 Once the actual construction began, CREO shifted its focus to working with the GC to get the architectural interface done accurately and quickly so that costs were contained, which of course aided in getting the entire graphics scope in under budget. This was no small challenge given the size of the overall development, the time frame for construction, and all of the other trades with which we had to coordinate our work.

5. Has your firm contributed most frequently to a specific building type?

CREO hasn’t contributed significantly to a specific building type, but we are well known for our work in two key areas – Retail & Mixed Use Developments and Themed Entertainment. In retail and mixed use, CREO has had the good fortune to be involved in a number of very successful and notable projects such as Santana Row in San Jose, CA and The Grove in Los Angeles. Santana Row was an extremely unique project that upon completion looked as if it had been there for 100+ years. It looked like a neighborhood that had evolved over time. Our contributions included very little of what people might consider signage or graphics. Instead we were tasked with refurbishing and replicating found objects such as door jams, wrought iron grates, and other decorative items, many of which had come from overseas. At the Grove, the elements were a little more traditional, but were crafted to the highest level of quality for a very discerning clientele. The Grove is known as one of the highest grossing retail centers in the country per square foot. 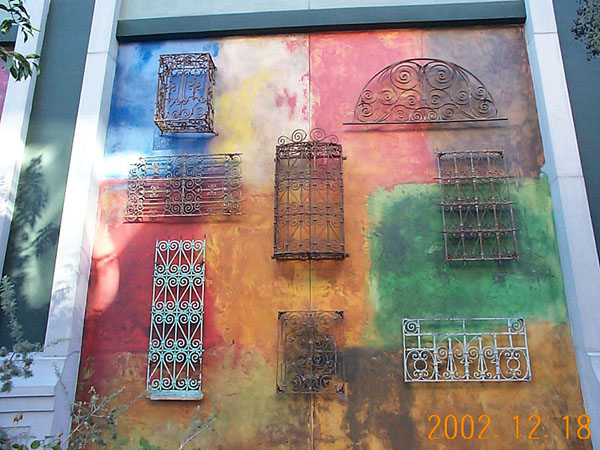 In themed entertainment, CREO has worked with the titans of this industry such as Disney and Universal Studios, and done so both domestically and abroad. Our latest work included a large amount of themed scope for the new Cars Land attraction at Disney’s California Adventure. The work we have done and continue to do in this industry pushes our creativity to the limit and forces us to innovate and develop knowledge and techniques that are used in all other types of projects. The experience we’ve gained from the themed entertainment industry has pushed our expertise with unique materials and finishes to a level that is unmatched in our industry. 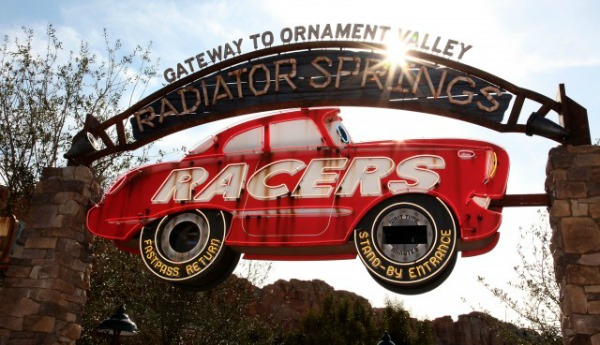