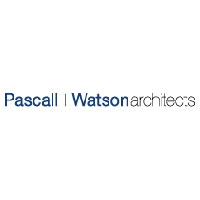 The most difficult issue/unexpected challenge, was the degree to which the site was constrained and this became the catalyst that drove creative thinking and innovation…

The most difficult issue/unexpected challenge, was the degree to which the site was constrained and this became the catalyst that drove creative thinking and innovation. Through a process of rigorous analysis a unique solution was generated. The site was bounded by the existing Terminal 1, the access road serving T1, an existing pier building and an aircraft hangar. There were many advantages to not diverting the T1 road and further benefits to a solution with a single level forecourt. The physical constraints, cost and programme considerations, all influenced a unique response for an airport terminal building, one which straddles an existing road. The architecture is a direct response to the site and the internal functions. Most notably, two curved planar roof forms are placed back to back, linked by a bridge which morphs into the roof forms. The enclosure created by the roof forms is open towards the forecourt and to the airfield, providing views in and out of the building and daylight penetration where desirable, and curves down to the road, where views are not afforded and road noise needs to be blocked.

We had a very complete and thorough role which evolved through the duration of the contract. At the outset, we were involved in a Capacity Enhancement Study and master planning exercise, which included identification of the site for the second terminal. We were then employed to develop the T2 design for RIBA Stages A-E and to provide information for tendering by contractors. This process included significant stakeholder engagement and development of the brief. Following appointment of the contractors, it became apparent that their architects did not have the experience or capacity to complete the design within what was a very aggressive construction programme, and so it was determined that our contract should be extended to help complete the design. In addition, we had an architectural team resident on site that saw the project through construction, operational readiness and testing, to the public opening.

Terminal 2 is made up of a number of curved forms with complex geometries which would have been extremely difficult to define in years gone by, however, with the advent of 3D computer programmes it is now possible to visualise and accurately define these shapes sufficient for construction. It is also possible to analyse setting out of primary, secondary and tertiary steelwork and cladding systems to high levels of accuracy, enabling rationalisation of the design, in order to achieve standardisation, providing cost and programme efficiencies.

The client agreed to accept our design if we could rationalise the building form, to simplify the shapes, to make construction easier and cheaper. To do this we needed to fine tune the curves to make the form more efficient, to reduce the number of panel shapes that would tile the envelope. One of our staff was an AA student with excellent computer software knowledge which enabled her to look at and very precisely adjust the parameters of the modeled form in a rational way. Through the development and adjustment of our parametric model we were able to create a form that was responsive to the efficiencies required by the client whilst maintaining the flowing form which responds uniquely to the constraints of the site and the use patterns of the terminal building. By carefully managing the complex arrangement of design parameters we were able to cover the complex geometry with rectangular panels; having only eight variations of size and shape.

Today, parametric building modeling is accompanied by BIM across the practice. It has become central to our design process. Our BIM Manager sits on the committee for the AEC UK BIM protocols, which unifies guidance for different BIM software applications, freely available to students and industry alike. We provide online software training to our Part 2 students.