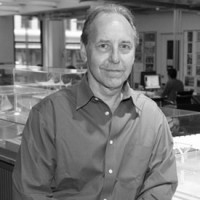 The most difficult issue from a design perspective was developing a design which could be moved after five years and then reinstalled in sectional parts at other points on the campus. This required a modular approach with inherent flexibility and a review not only of the initial site but future sites.

The project expanded our role as designers in understanding the United Nations delicate security issues and how much visible enclosure was required, yet preserving an outdoor space. With the facility in midtown New York City, there is a limitless potential of security concerns from tall buildings circling the site. The question on how do to use lightweight structures as security elements is a new and fascinating one and emblematic of a changing role of the designer.

Our project used several different materials that including a Teflon coated glass fabric, a silicone coated glass fabric and cellular polycarbonate panels. The use of these materials in combination is new and inspired by a desire for different translucencies which create a rhythm with the structural bays of the facility.

Creating three dimensional twisted steel trusses which can be fabricated in planar fashion on a shop floor was influenced by today’s current trends in computer inspired form finding and algorithmic approaches to design.